The Reality of a Gut Bathroom Renovation 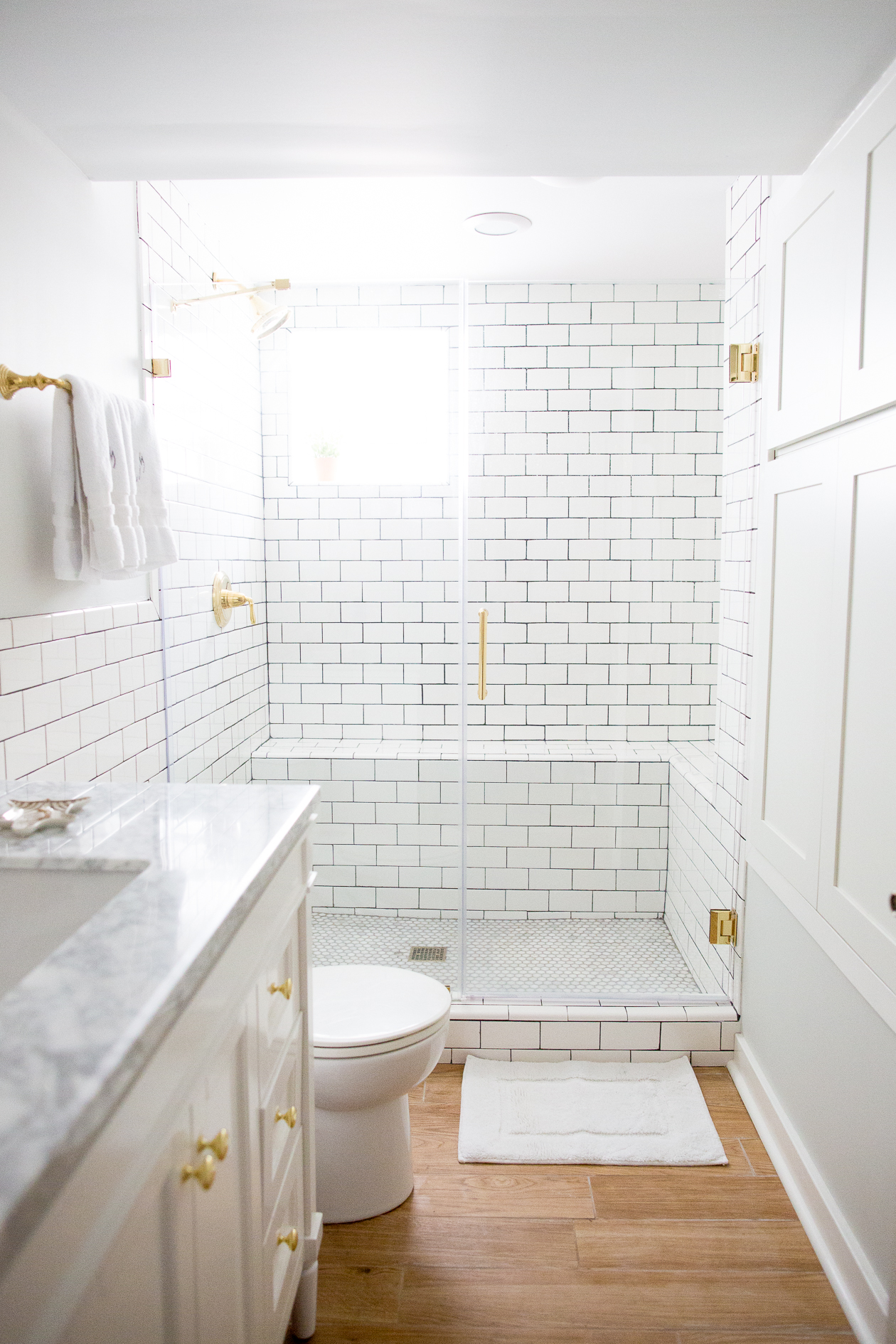 This post has been pre-scheduled because of Emma’s arrival. #maternityleave ;)

It’s done! As we experienced nearly every delay possible during construction, it’s hard to believe that our master bathroom has finally been completed. I can’t even tell you how great it feels to no longer be living out of dopp kits piled up on the floor of our guest bathroom! Rolling my preggo self out of bed and walking a few steps to this space–complete with actual countertops–is a dream. I really can’t imagine what it’ll feel like when I’m not carrying around a watermelon!

I won’t lie: this project was a rough one. For various reasons which I’ll get into shortly, the renovation took the better part of a year, from demolition to completion. While we absolutely love the final product, Mitch and I thought we’d team up to write a very honest post about the costs associated with a project like this as well as the time and work that goes into it. We live in a “Pinterest world” these days, and we’re constantly surrounded by images of gorgeous homes that we can’t help but dream about having one day. However, what I didn’t realize is that there’s so much that goes into those picture-perfect home Pins. Definitely not saying that home renovation projects aren’t worth it; I just think they’re made to look a LOT easier than they are in reality. ;)

The backstory is that when our house flooded last fall, we lost the entirety of our master bathroom, which you can see at 21:08 in this video. (Love how I absentmindedly call it a kitchen, haha.) When we found out that the space needed to be demolished in order for a drain system to be installed, Mitch and I tried to look at the situation as optimistically as possible, and remember the fact that were planning on redoing the bathroom down the road, anyway. That said, we’d planned on renovating it in something like five years… not a couple of months after purchasing the home! And it was pretty devastating once we learned how much the project would cost.

I’ve mentioned this before, but Mitch and I are not independently wealthy. I’m the first to admit that pretty blog photos and sponsorships can make it seem otherwise, but really: we are very normal people, with normal jobs and normal salaries. Our parents don’t support us–we’re old, nor would we ever want that!–and we do everything we can to save, save, save. (And sell, sell, sell!)

Because of this, we decided against hiring one of those big contracting companies. Each one quoted us around $15,000 for the project (all in), and that sounded absolutely insane… especially considering we had a baby on the way, and several other home improvement projects to complete before his or her arrival. (The fireplace, master bedroom, nursery and guest room. More final reveal posts coming soon!) So instead, we went with an independent contractor who agreed to do the work on the side–at night and during weekends–for $5,000. While this number did include some pretty intense plumbing, electrical and structural work, it didn’t include materials. We’d need to purchase those on our own… but we liked this, as we’d always been savvy shoppers.

Here’s the original inspiration post. I’d fallen completely in love with Alison Cayne’s West Village bathroom whenever these photos came out, and Mitch said that if that was my dream bathroom, that we should go with it. Best husband ever, right?!

Mitch also made some pretty significant changes to the structure of the room:

Hello, most magical floors in the entire world! If you read this post and this post, you might remember that Mitch and I partnered with BuildDirect’s Home Marketplace to install Salerno Porcelain Tile that looked just like wood in our master bedroom. (Since we suffered such a major flood in September, we decided that carpeting, vinyl and real hardwood were out of the question for flooring. We needed something that was impervious to water… just in case.) We loved the final result so much that we decided to bring the floors into the bathroom, too. (In keeping with the original Alison Cayne inspiration!) We are SO happy with them. They look just like hardwood, but they’re completely safe for a bathroom. They’re also super affordable. Couldn’t recommend them more. Read an in-depth piece on our experience with BuildDirect here!

Note: most of these numbers are exact, but we lost a few receipts, so some of them are estimates.

Brace yourselves. All in, with labor, the bathroom cost about $9,800. Much better than the original quotes we received, and the costs were spread out over five months, making the whole thing a bit easier to swallow. But still: we were kind of shocked. The bathroom project was more expensive than our fireplace, master bedroom, nursery and guest room remodels combined. Holy goodness.

We adore it. I really can’t explain how amazing the space is, and it’s truly my dream bathroom. I also love that it was a team effort. Mitch handled all the true design elements of the project, while I focused on the look. I’m proud of how well we worked together, and I’m also proud of myself for only crying a handful of times. ;) (Due to frustration with our contractor’s speed and stress over whether everything would be done before the baby arrived!) And despite how long it took, I’m really glad we went through with it. It’s made our lives so much nicer, especially considering how often we have guests! (Sharing one bathroom had proven to be challenging.)

A few of my favorite things:

When I first started writing this post, I didn’t include prices. But halfway through, I realized that if I were a reader–and interested in remodeling–I’d want to know what actually goes into a gut bathroom renovation. Paying for and undertaking the project was hard for us, and my hope is that this honest post is somewhat helpful for first-time homeowners looking for guidance with budgets and planning. So with that, the full tour… :)

Questions? Leave them in the comment section below. Mitch will be helping to answer them! 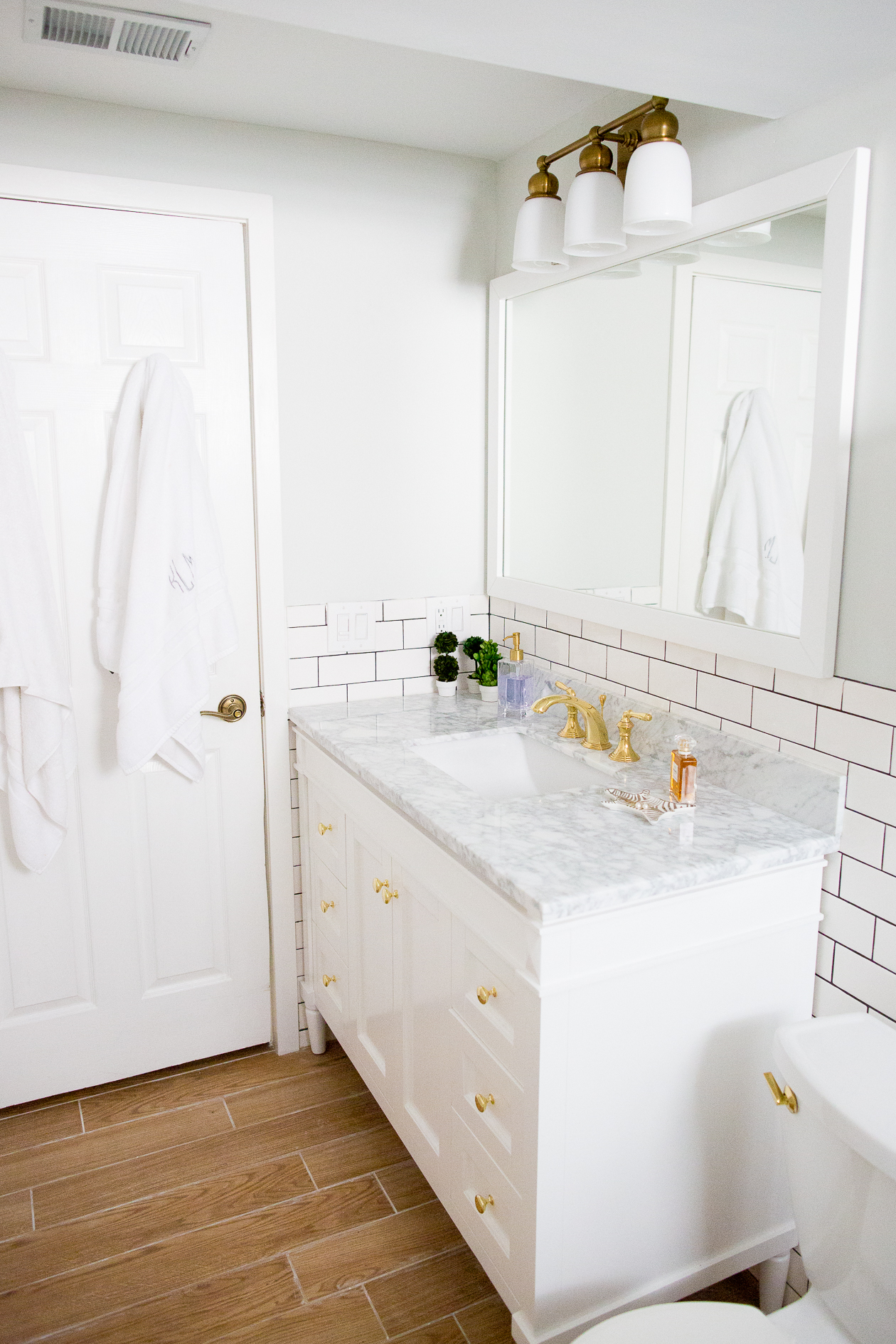 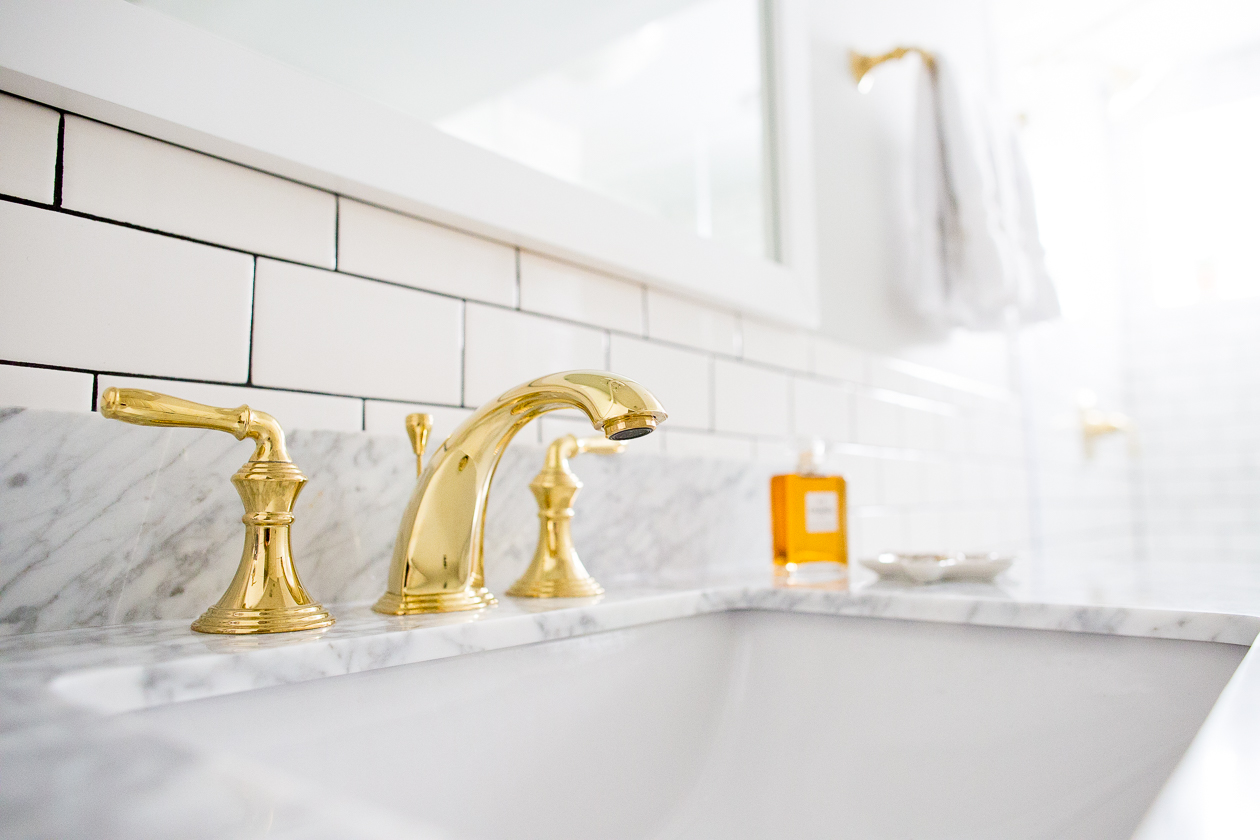 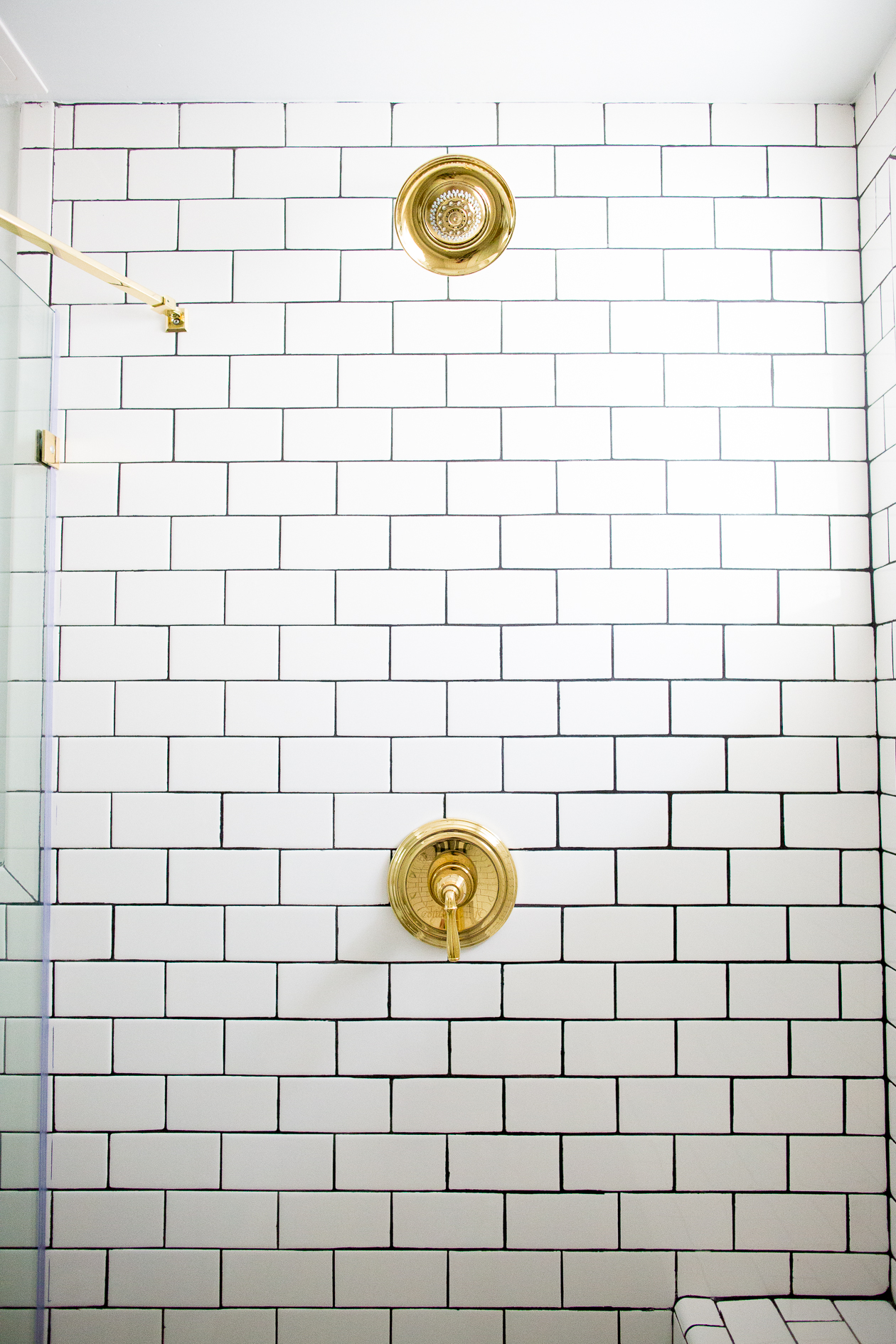 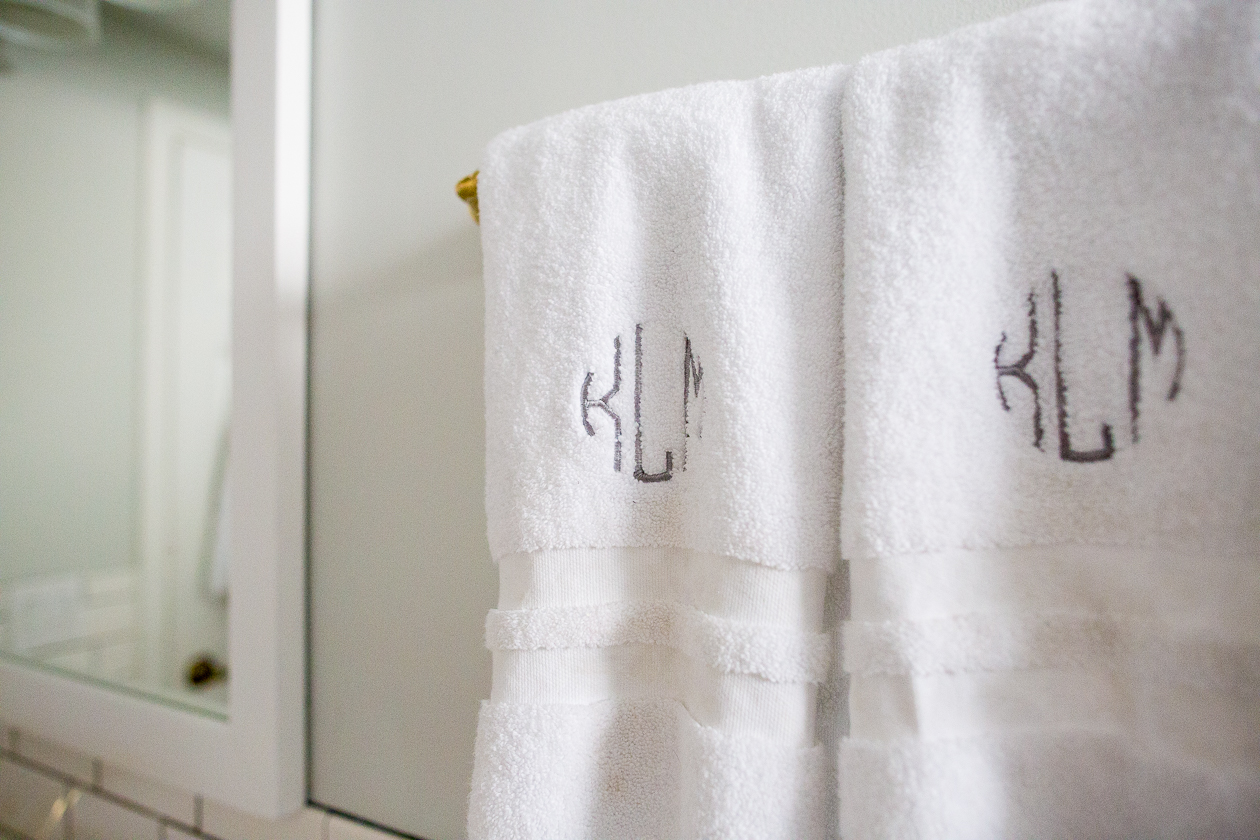 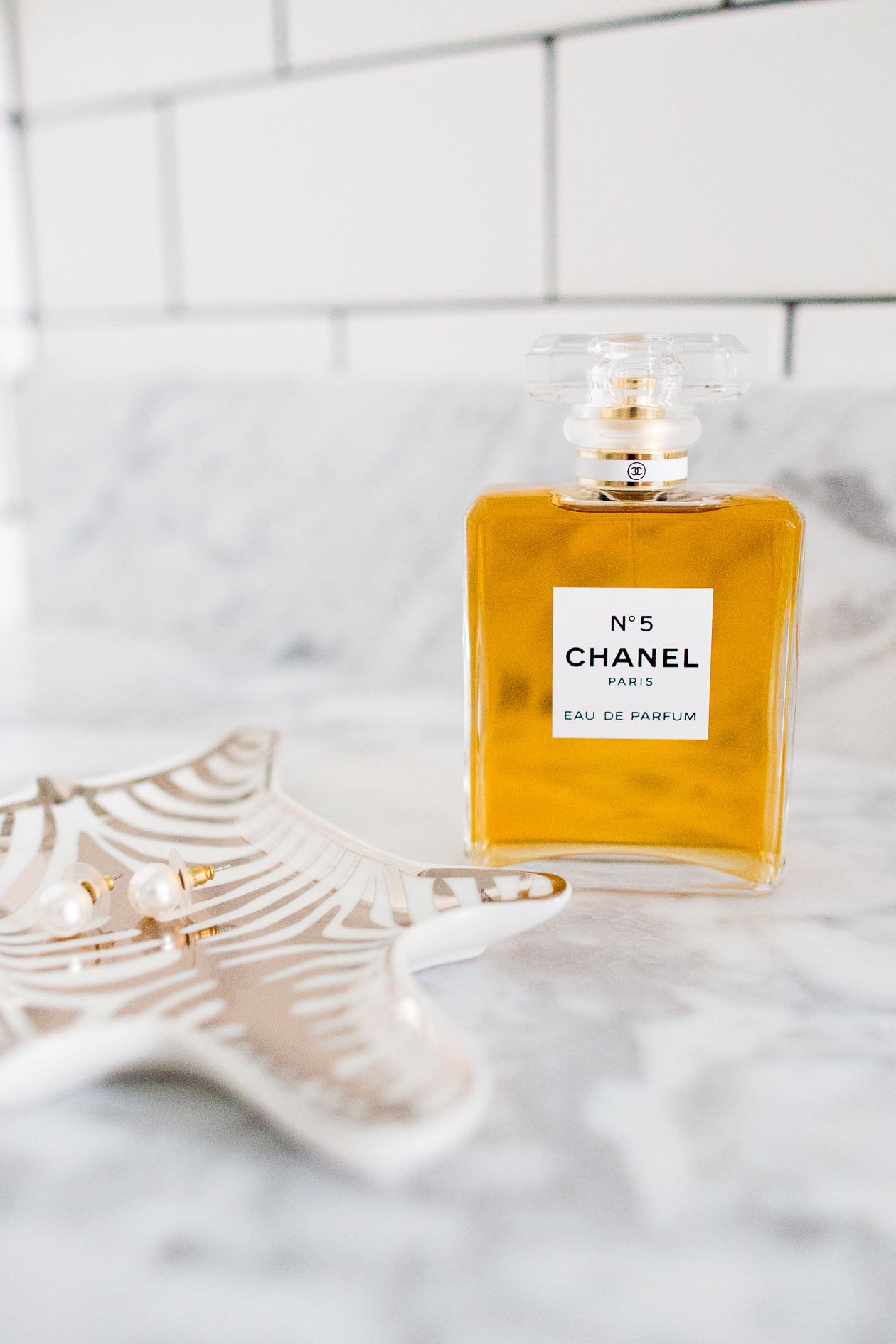 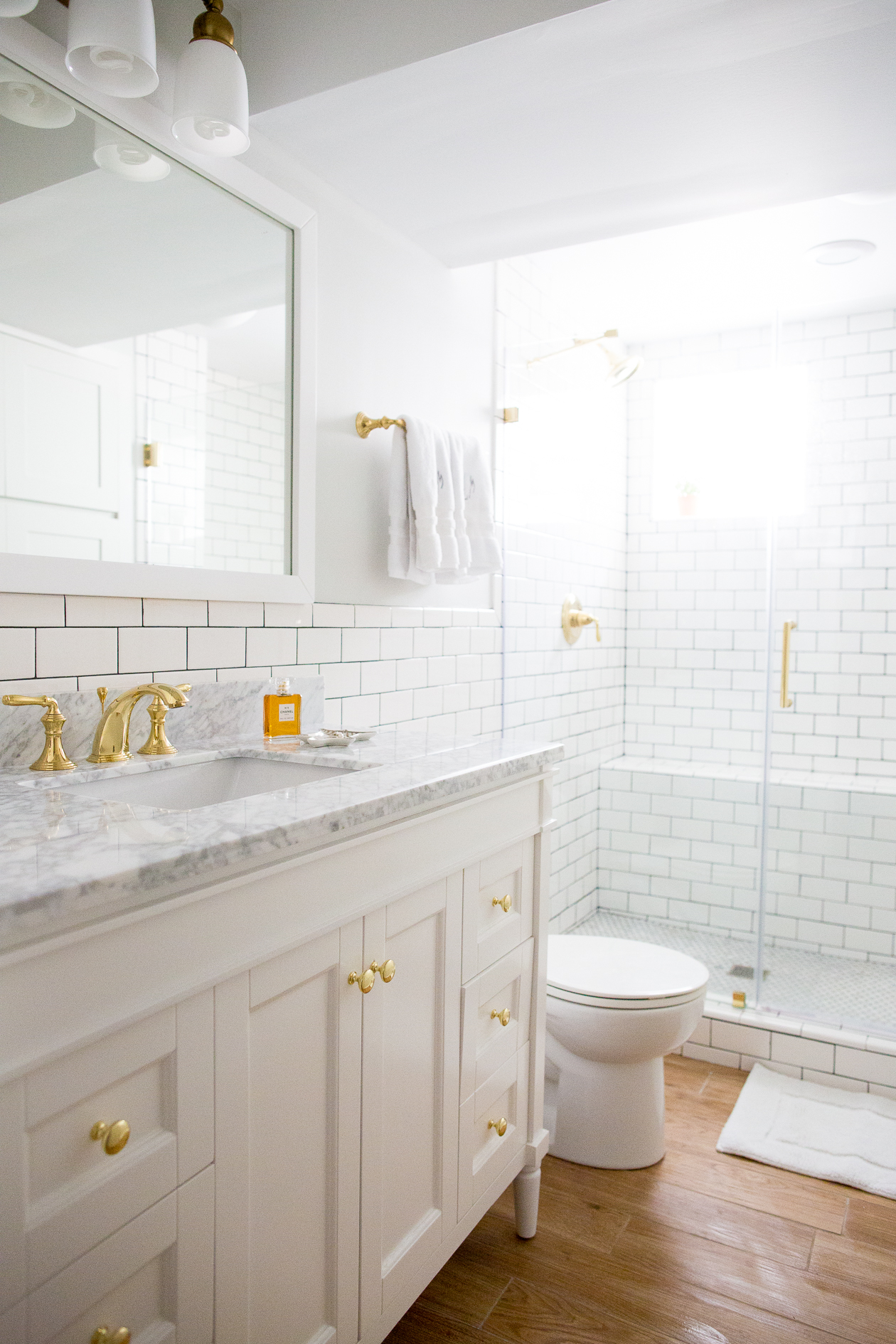 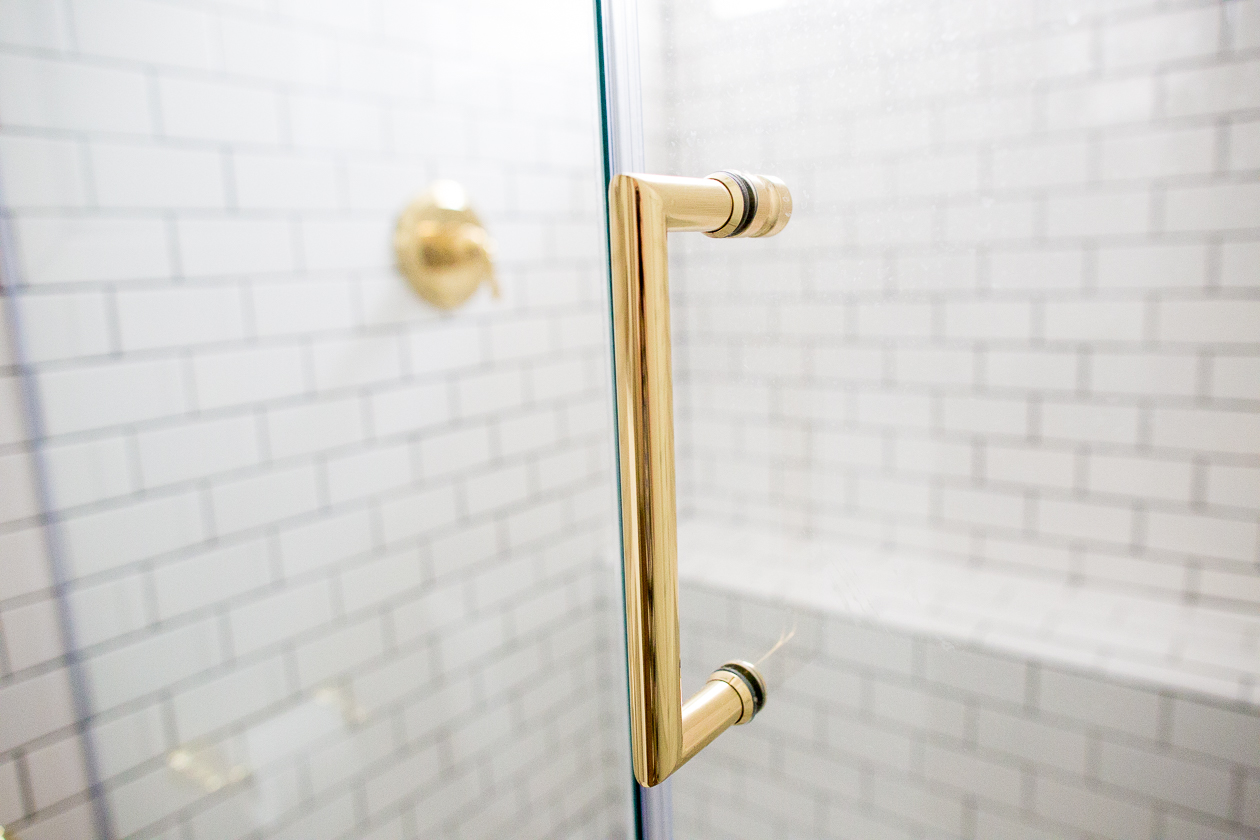 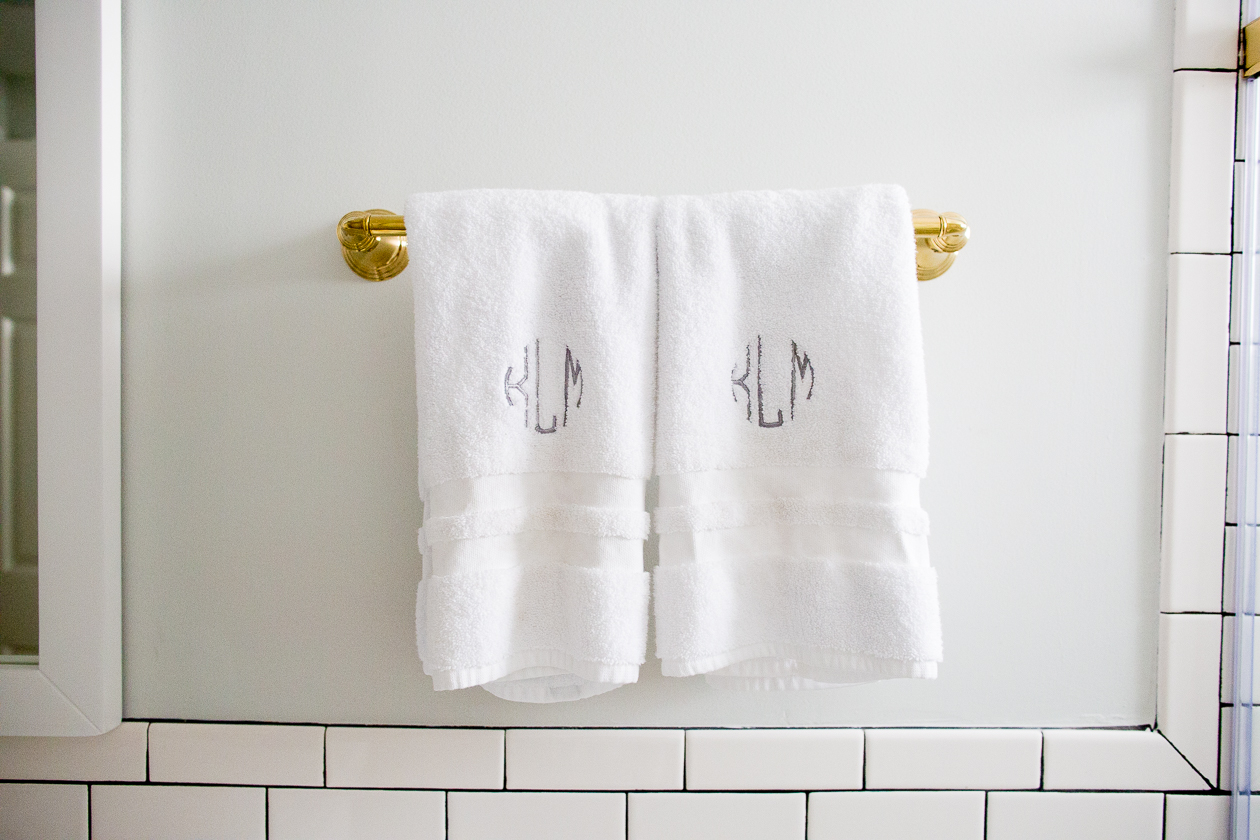 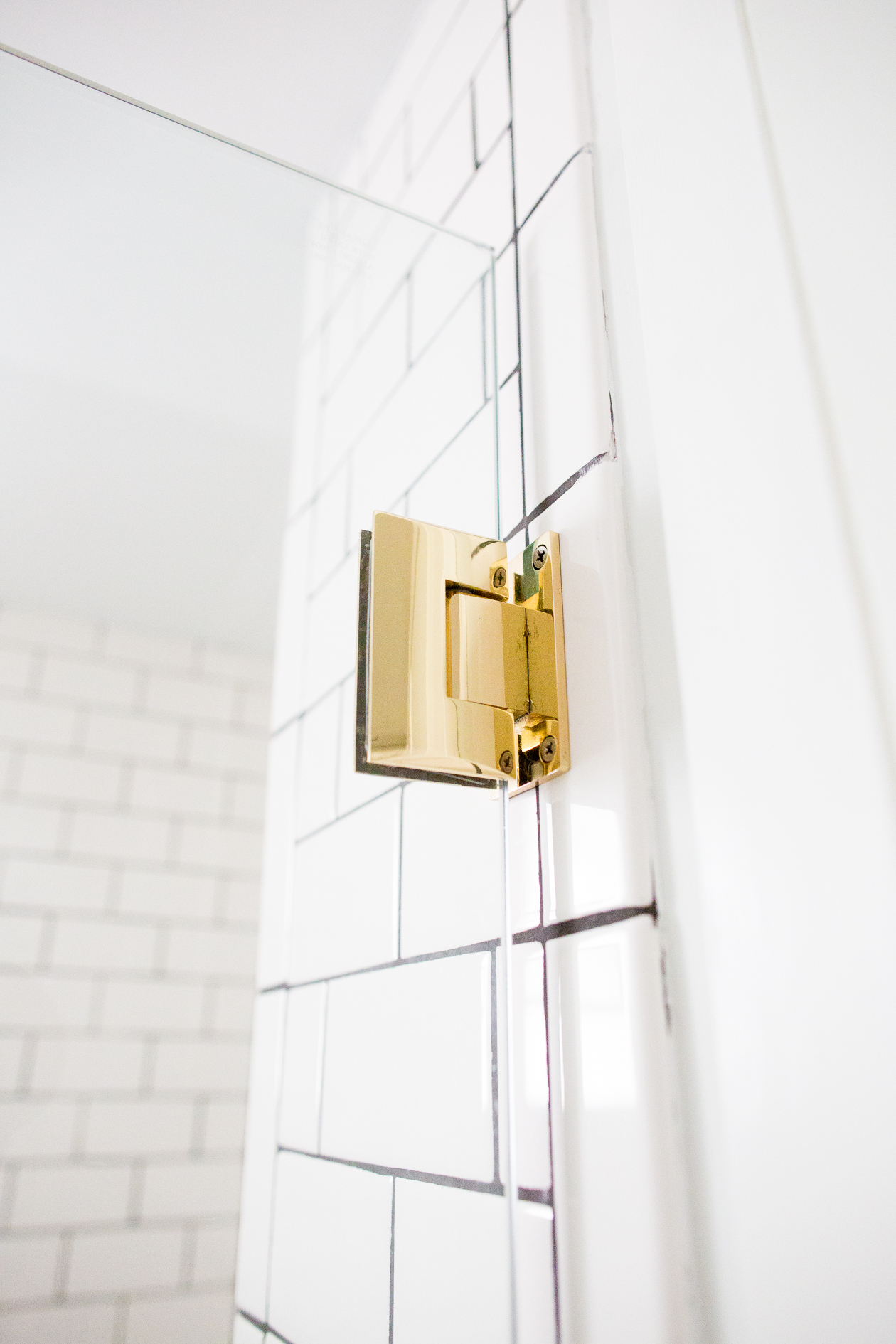 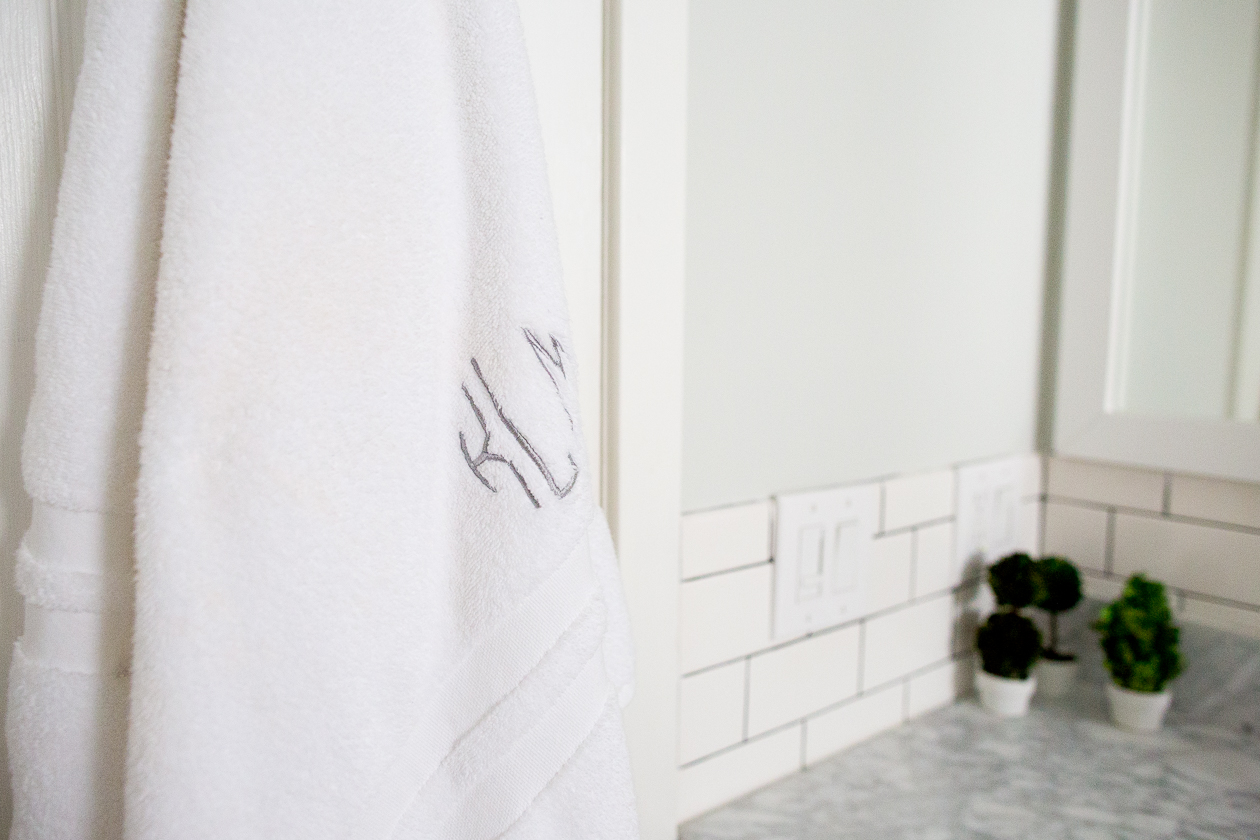 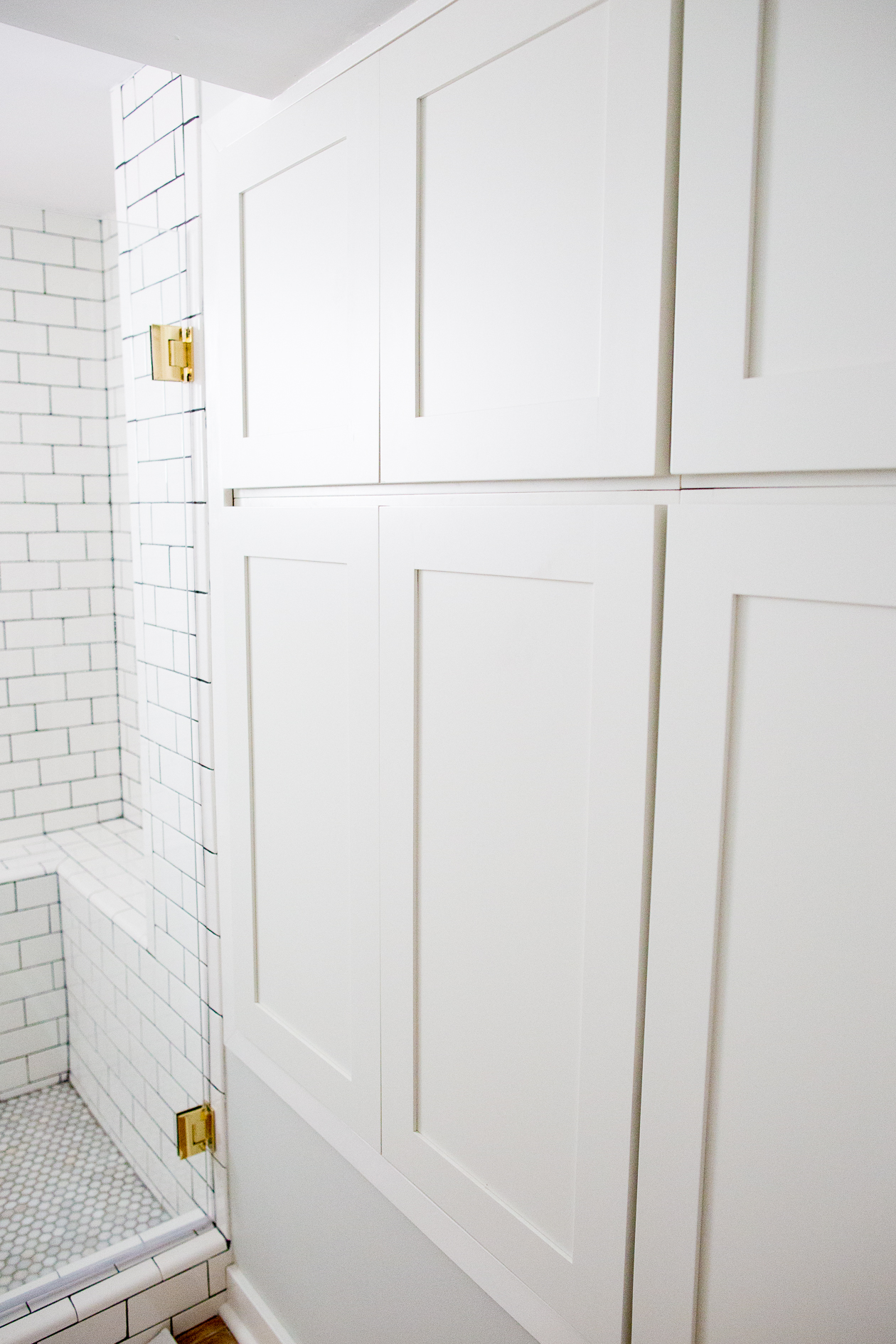 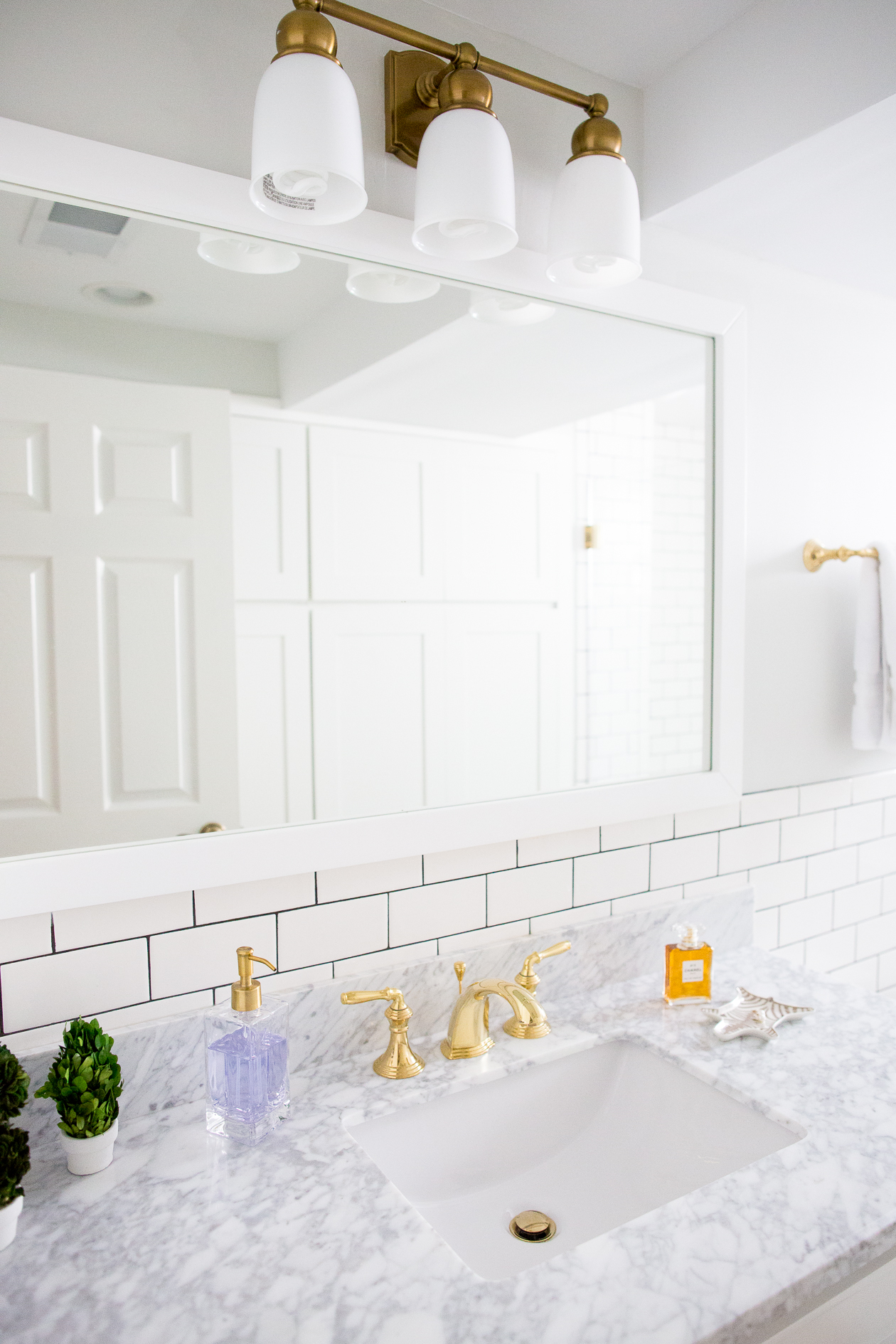 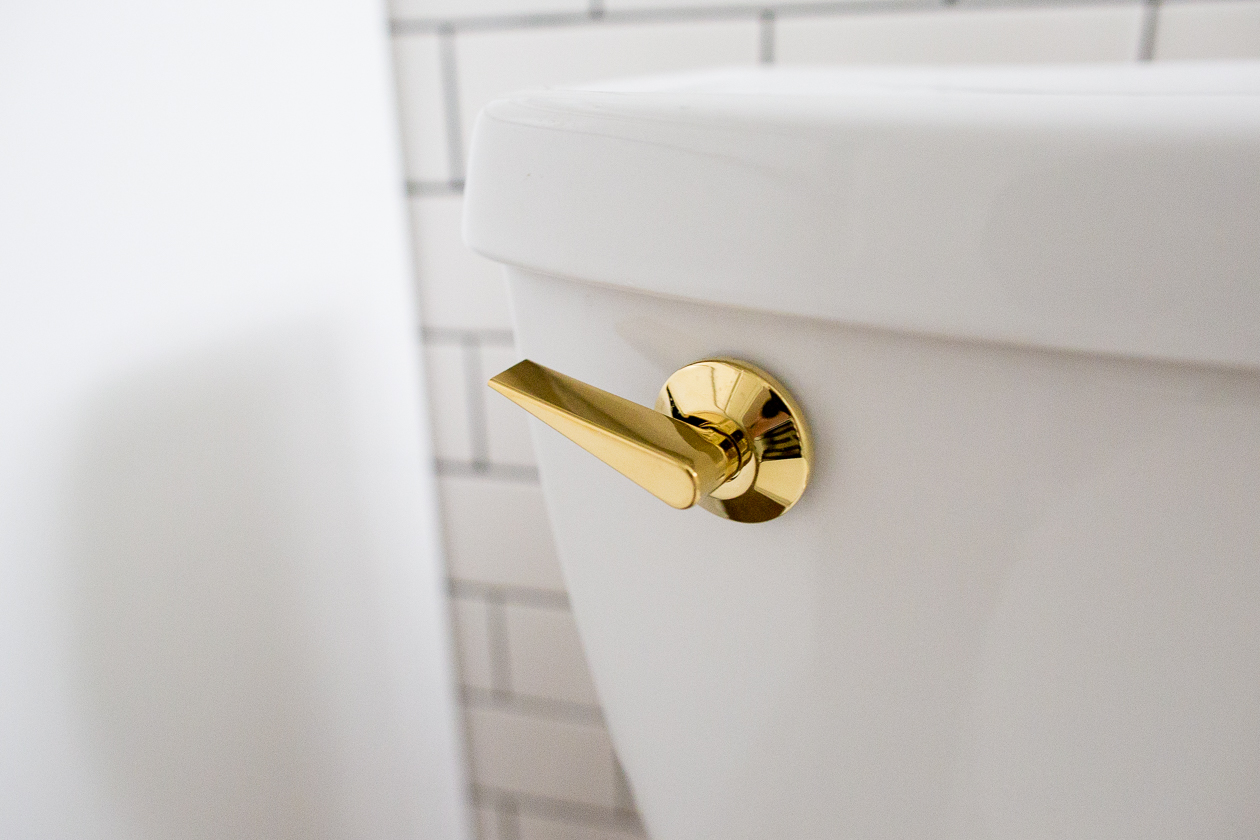 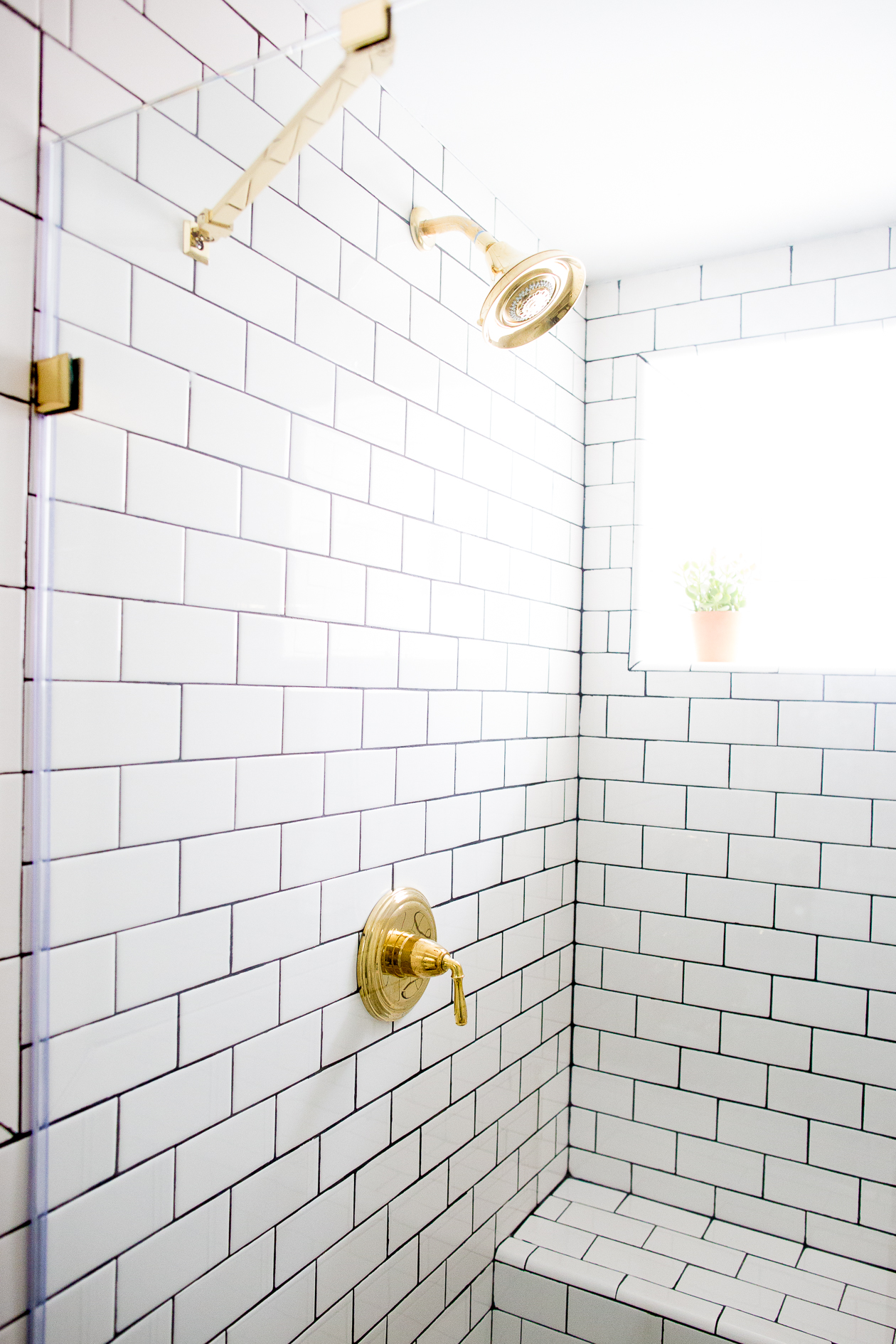 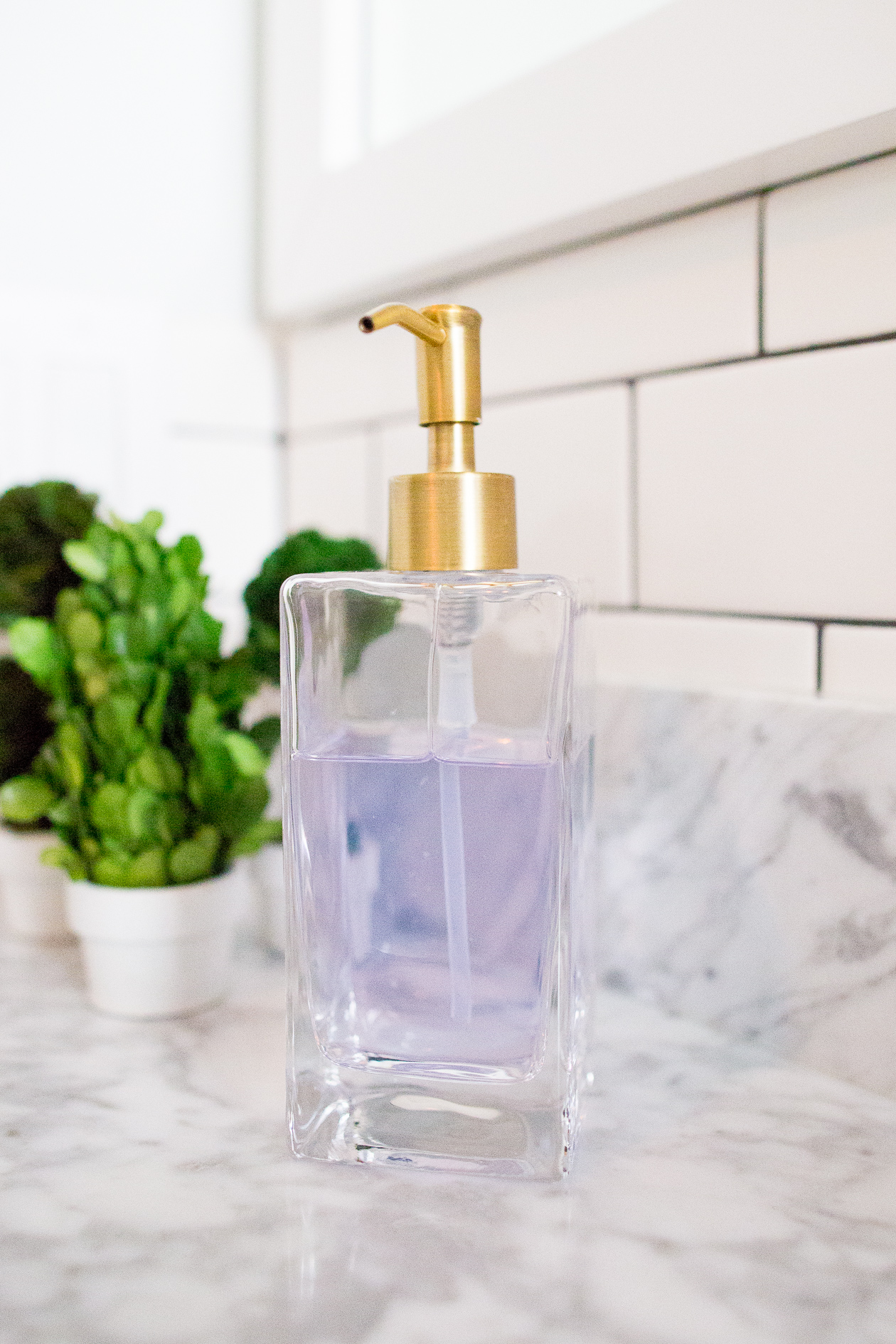 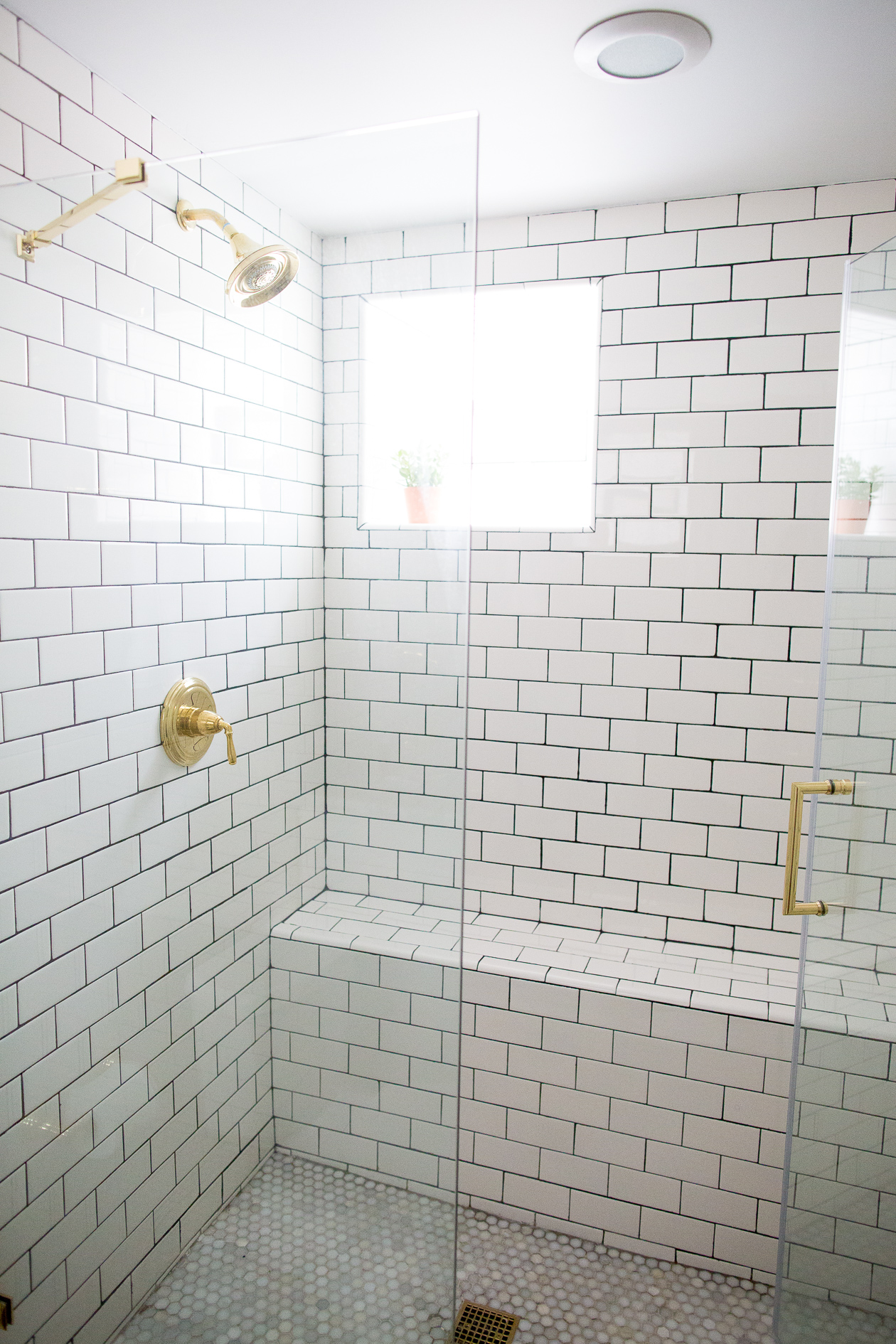 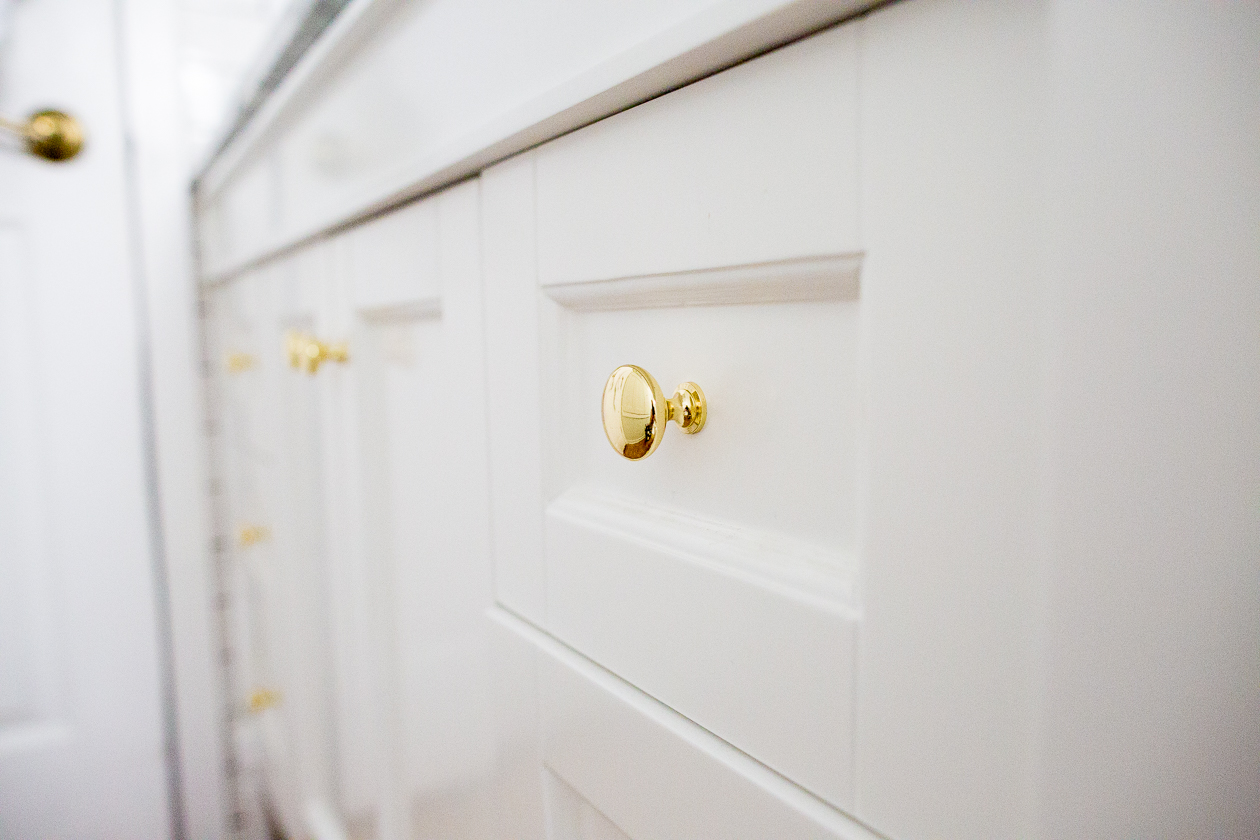 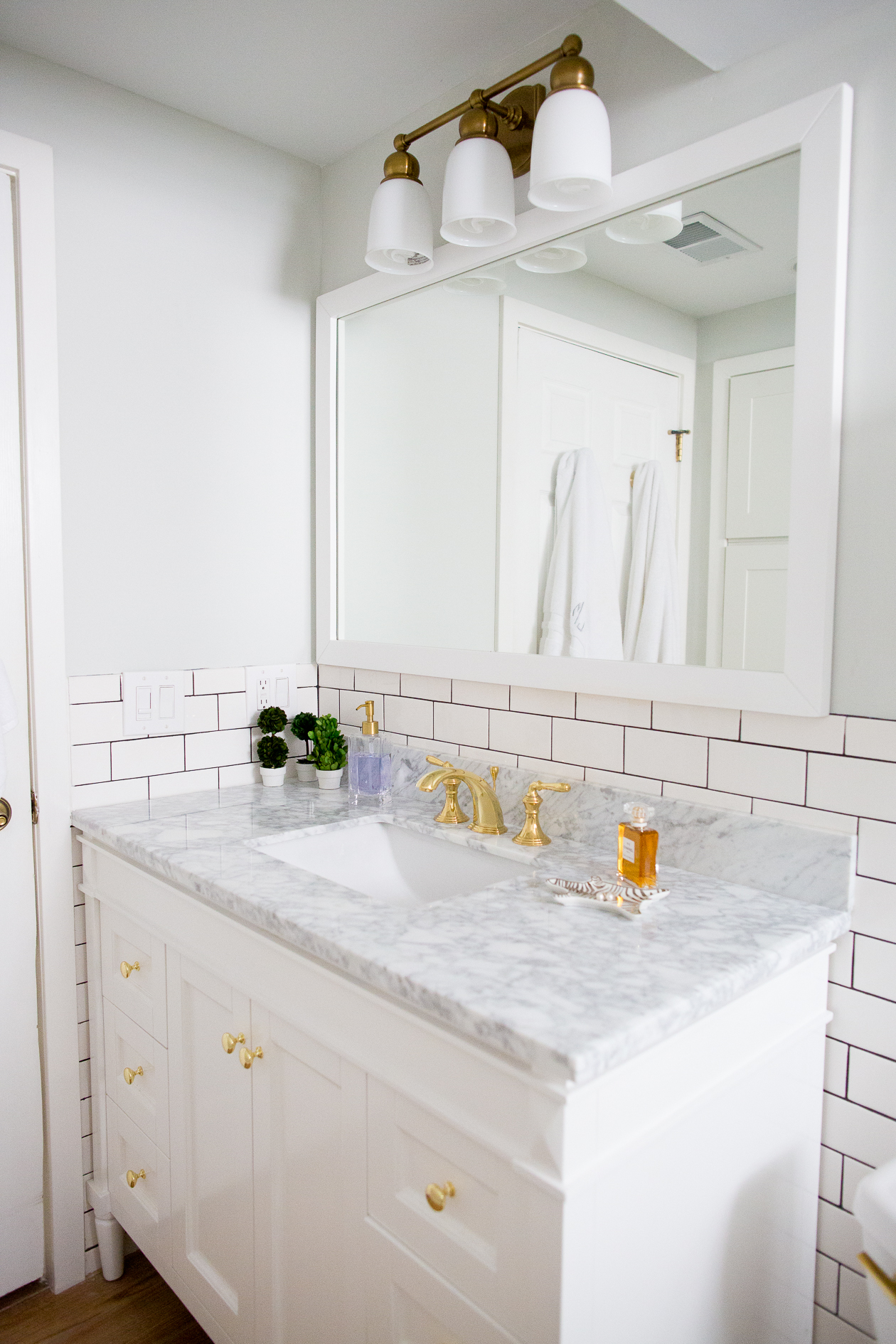 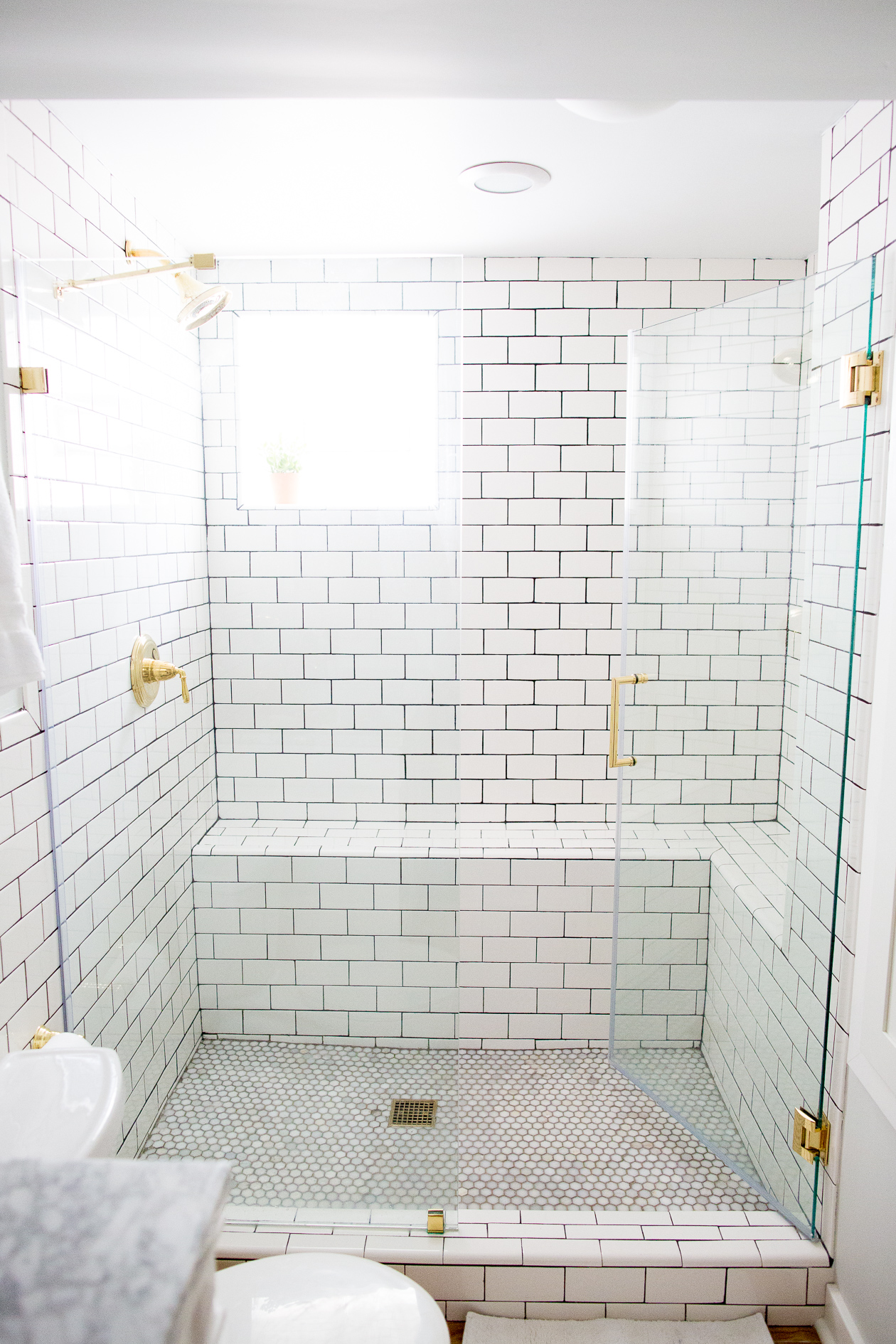 Disclosure: While BuildDirect’s Home Marketplace provided the flooring for this project, Mitch and I had decided to go with BuildDirect before the partnership was formed. (Only flooring was supplied.) As always, thank you so much for supporting the collaborations that keep Kelly in the City up and running!

View all posts in:
Home, Kelly in the City, Lifestyle, Little Home in the City
Share this post: 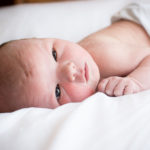