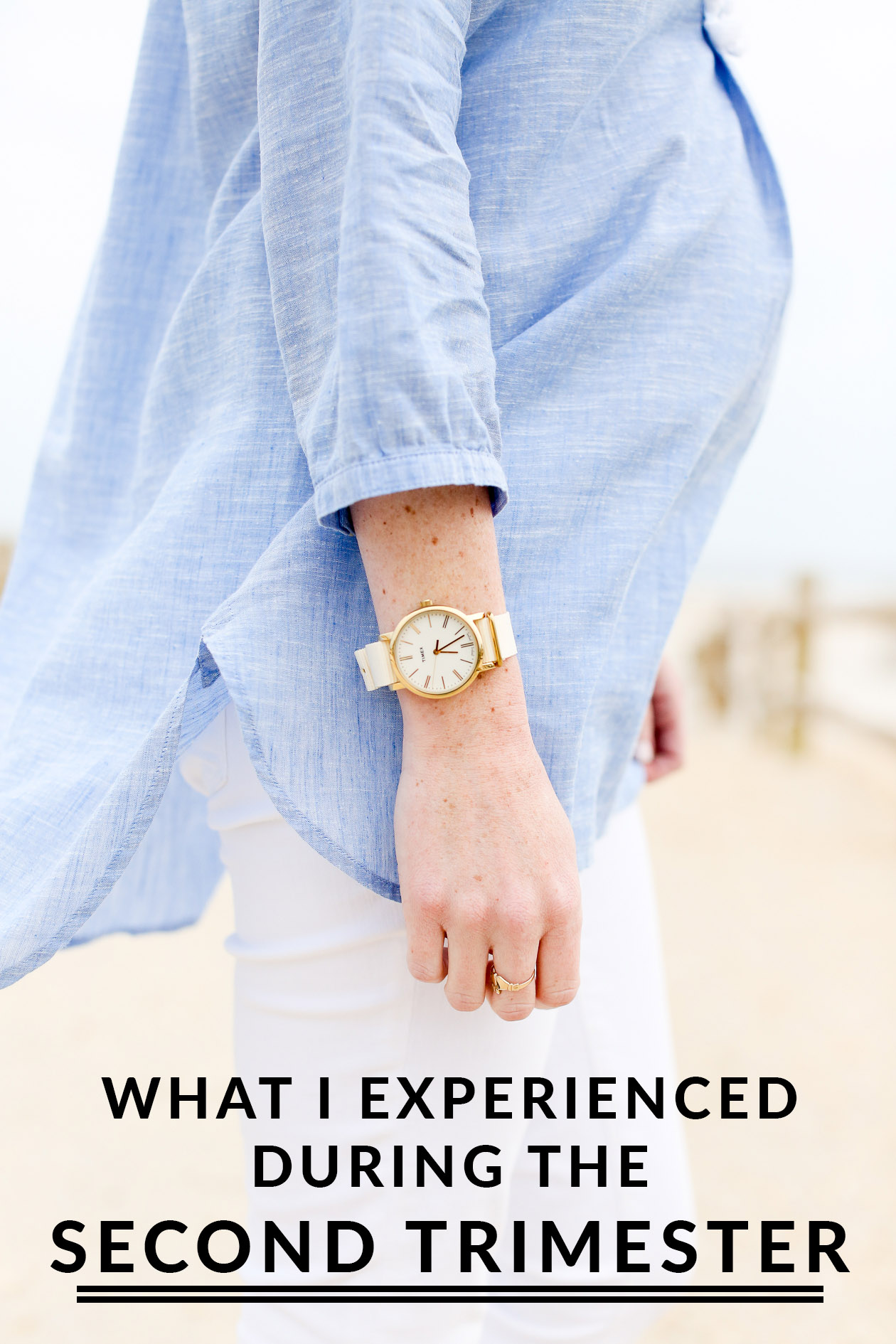 A couple of weeks ago, I posted about what my first trimester of pregnancy was like. (Back when I was trying my hardest to keep it a secret, but spending the majority of my days hugging the toilet.) So today, I thought I’d continue along and share the details of my second trimester. 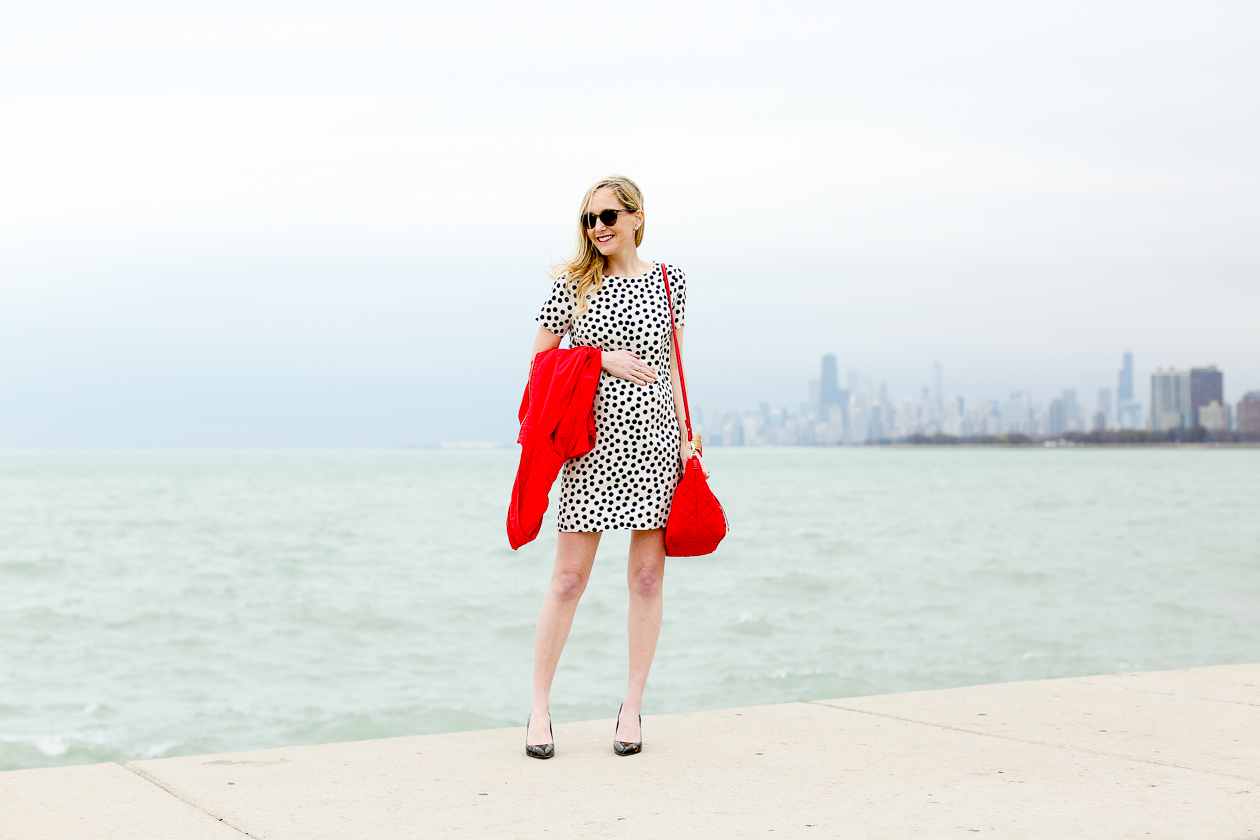 I should preface this post with a note that every pregnancy is different. I spent way too much time comparing my experiences to those of my family, friends and internet forum acquaintances, and only realized about halfway through that one size doesn’t fit all. ;) Like I said, everyone is different, and therefore experiences different “symptoms.” The best thing you can do, if you’re concerned, is talk to your doctor. I’ve learned that nine times out of 10, whatever I’m experiencing is completely normal!

[dropcap]S[/dropcap]econd trimester was a dream compared to first trimester. First of all, my fears of miscarriage started to fade. I was still nervous, and decided to hold off on telling people about the pregnancy until month five or six. Still, it was extremely comforting to know that the risk of miscarriage drops to 10 percent (or less) in the second trimester. I became far more upbeat and positive as a result of this knowledge! 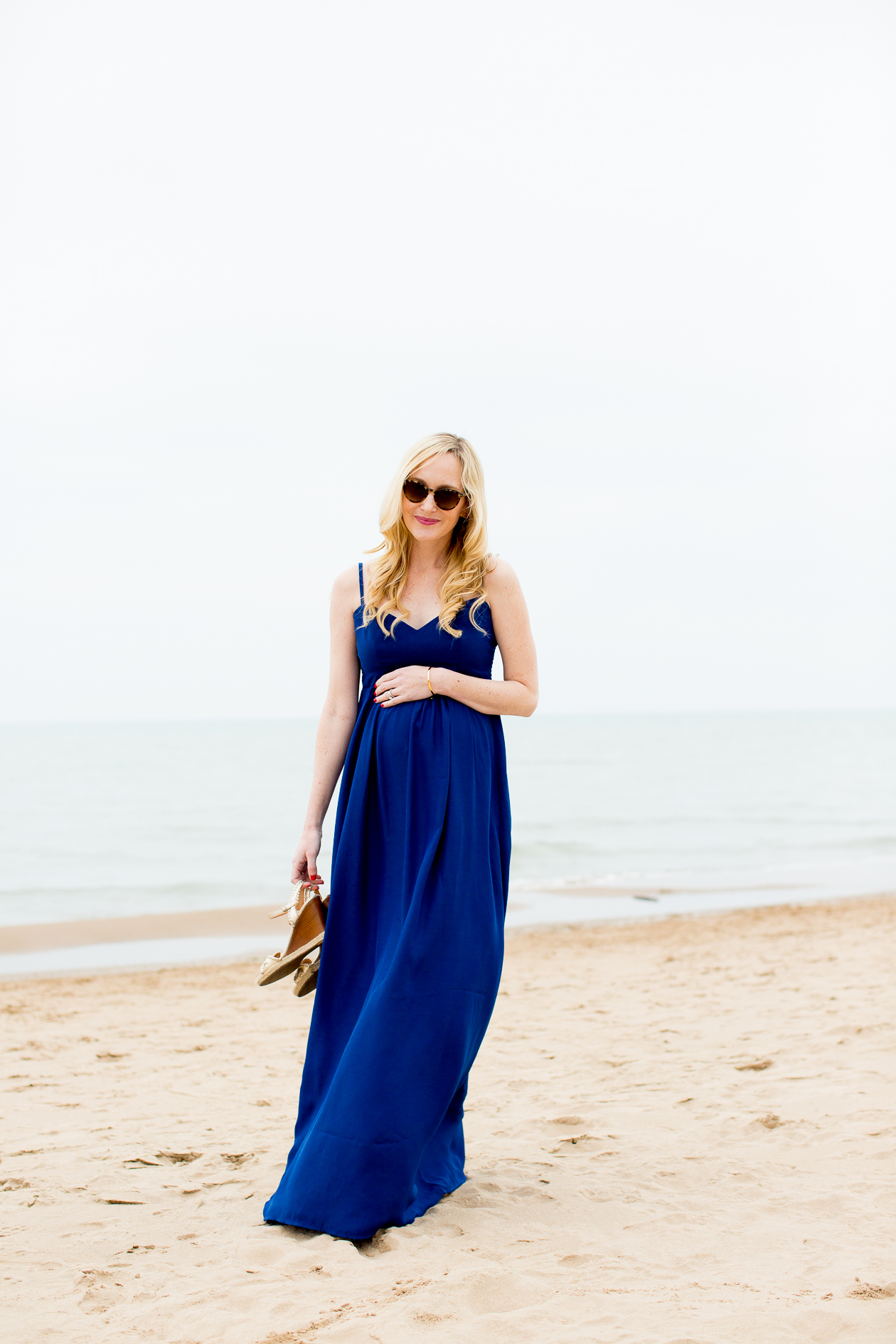 Morning sickness gone! Sometime around week 14 or 15, the morning sickness started to let up, and I’d say I was completely done with it by week 18. This had a HUGE impact on my happiness. Like I said in the first trimester post, I was really grateful to experience the nausea, as it reassured me that things were likely going well. However, being sick 24 hours per day for months on end while pretending I wasn’t pregnant was tough, and I became a little down and out because of it. Second trimester was so much easier, though, and as a result, so was functioning as a human being.

More energy. Keeping my eyes open was no longer a huge struggle, and I was able to return to–more or less–my old lifestyle. :) It seemingly happened overnight, too! I was extremely productive during the second trimester, and it was great.

Less crazy. During the first trimester, I cried at the drop of a hat. I was also pretty moody. We joke about this now, but I was constantly getting angry with Mitch for absolutely nothing. I swear one time he walked in the door from work and I was like, “I’m mad at you and I don’t know why.” POOR MITCH. Most of the moodiness disappeared by the second trimester, though, and I stopped being a complete nutcase.

Back aches: OH MY GOODNESS. I couldn’t even sit upright at the kitchen table without pain. What I found most helpful was a lumbar pillow, and switching from chair to couch to walking as often as I could.

Better appetite. I wouldn’t say I became the stereotypical pregnant lady in terms of eating, but my appetite returned. And while I didn’t have too many cravings, fruit was definitely my thing.

Less peeing: During the first trimester, I think I was going to the bathroom every 15 minutes. During the second trimester, though, I could make it much longer.

Maternity pants. I’m a lunatic, but I somehow thought I’d only need to buy a couple of pairs of maternity pants and that’s it for the entire pregnancy. But who can get by with only two pairs of pants? I ended up buying four: J.Crew’s Toothpick in Rinse Wash, J.Crew’s Toothpick in White, J.Crew’s Toothpick in Lancaster, and Paige Maternity Jeans. (All on sale, and all side-panel jeans. I hated full-panel jeans, as they were really hard to get on/off and cut off my circulation above my tummy.) The Paige jeans, by far, are my favorite, as they’re incredibly soft and comfortable. That said, they’re expensive. I found a pair of “Skylines” at Nordstrom Rack for $60, so I recommend stalking the Nordstrom Rack website every day for good deals. You can also find Paige maternity jeans at Nordstrom, Bloomingdales, Amazon and Shopbop. (Tip: Size DOWN. I typically wear a size 26 in non-maternity jeans, and the 25’s are a bit loose on me. J.Crew jeans fit TTS, though.)

Itchiness: As my stomach grew, I became ridiculously itchy. Moisturizing was key! I never got stretch marks, but maybe this is because I moisturized so frequently.

Dizziness: Things went black whenever I’d stand up too quickly. I learned to take it slow!

Happier boobs: Haha… sounds silly. (And sorry, Dad, if you’re seeing this.) But the pain went away during the second trimester! Pretty nice.

Fewer cramps: This made me feel a lot better. During the first trimester, every time I’d experience cramps, I’d freak out and assume I was losing the baby. But I had far fewer cramps during the second trimester, which put my mind at ease.

Movement: Toward the end of the second trimester, I started to feel the baby move! At first, it just kind of felt like a little fluttering movement, but around week 20, I started to feel more significant kicks. Guys, it’s such a surreal experience, and it makes everything so much more… real.

Acne and a dull complexion: By far, the worst part of my second trimester. I’d read that if you’re going to experience acne, it should surface during the first trimester. When I didn’t get any, I assumed I was in the clear. But my skin exploded during the second trimester, and I was a mess because of it. (I actually stopped taking blog photos for several weeks as a result!) I tried everything that was pregnancy-safe, but nothing seemed to help. In the end, I just drank a TON of water and used Mario Badescu Drying Lotion, Mario Badescu Buffering Lotion, and Dermalogica’s Charcoal Masque (which I wrote about here). I’m not sure whether these were magical products or my hormones simply gave me a break, but my skin cleared up by the end of the second trimester. Thanks for taking all my tearful phone calls, Mom.

Self-confidence probs: Because of my skin, I wasn’t feeling too hot about myself. Mitch constantly told me I was beautiful (awww), but I felt horrible. During this time, I wore a lot of baseball hats to hide my skin, and–very honestly–just stayed home. One positive? I got a ton of stuff done! (I should also mention that the acne was totally worth it. Would’ve gone through many, many more months if that’s what it took to have a baby!)

Thicker, faster-growing hair: This was a very welcomed change. I’d struggled with fine, thin hair for years, and growing it out had proven to be impossible. But my hair started growing during the second trimester, and it became noticeably thicker! Of course, I hear it all falls out after the baby comes, but I’ve definitely been enjoying it. ;)

Bloody noses and congestion: Not the best. I experienced at least three bloody noses per day, and was constantly stuffed up. This, apparently, is because of hormonal changes that cause the mucus membranes lining of your nose to swell. I took Benadryl, and this was helpful (and safe).

Sleeping issues: I’d always been a belly-sleeper. But by the second trimester, you’re really supposed to transition to your side. Also, sleeping on your stomach becomes nearly impossible, as the bump doesn’t allow for it. ;) This transition was SO hard for me! I ended up propping myself against a ton of pillows to help. Every night, sleeping got a little easier.

Nesting: During the second trimester, I really started to “nest.” Specifically, I started to freak out over the fact that construction on the nursery hadn’t started, and that we hadn’t 100-percent settled on a girl’s name. (The boy’s name had been determined years ago.) Mitch and I had three names we were going back and forth on, and after several months, finally decided which one we liked the best. (We said it had to be something cute for a little girl, beautiful for an adult, and easy to spell. My maiden name, “Sheehan,” wasn’t easy while growing up! So many people mispronounced it or misspelled it, and it was a little annoying. ;)) Such relief once that was handled! As for the nursery, I continued to freak out until… last week, when construction started. ;) 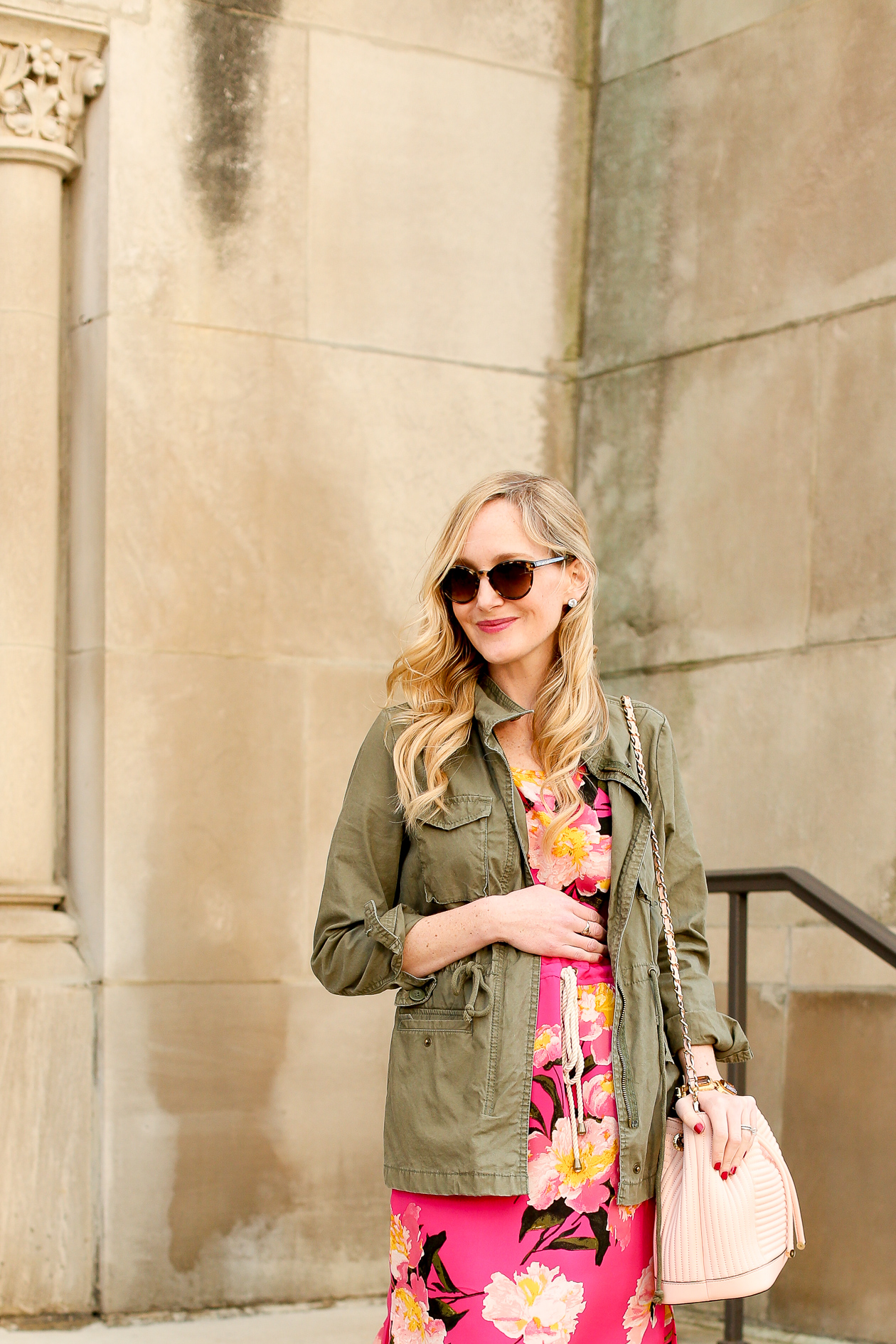 What symptoms did you experience during the second trimester? Any coping mechanisms?

View all posts in:
Baby, Family, Guides and Reviews, Health, Kelly in the City, Lately, Lifestyle, Thoughts
Share this post: 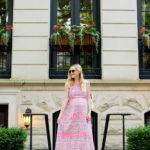