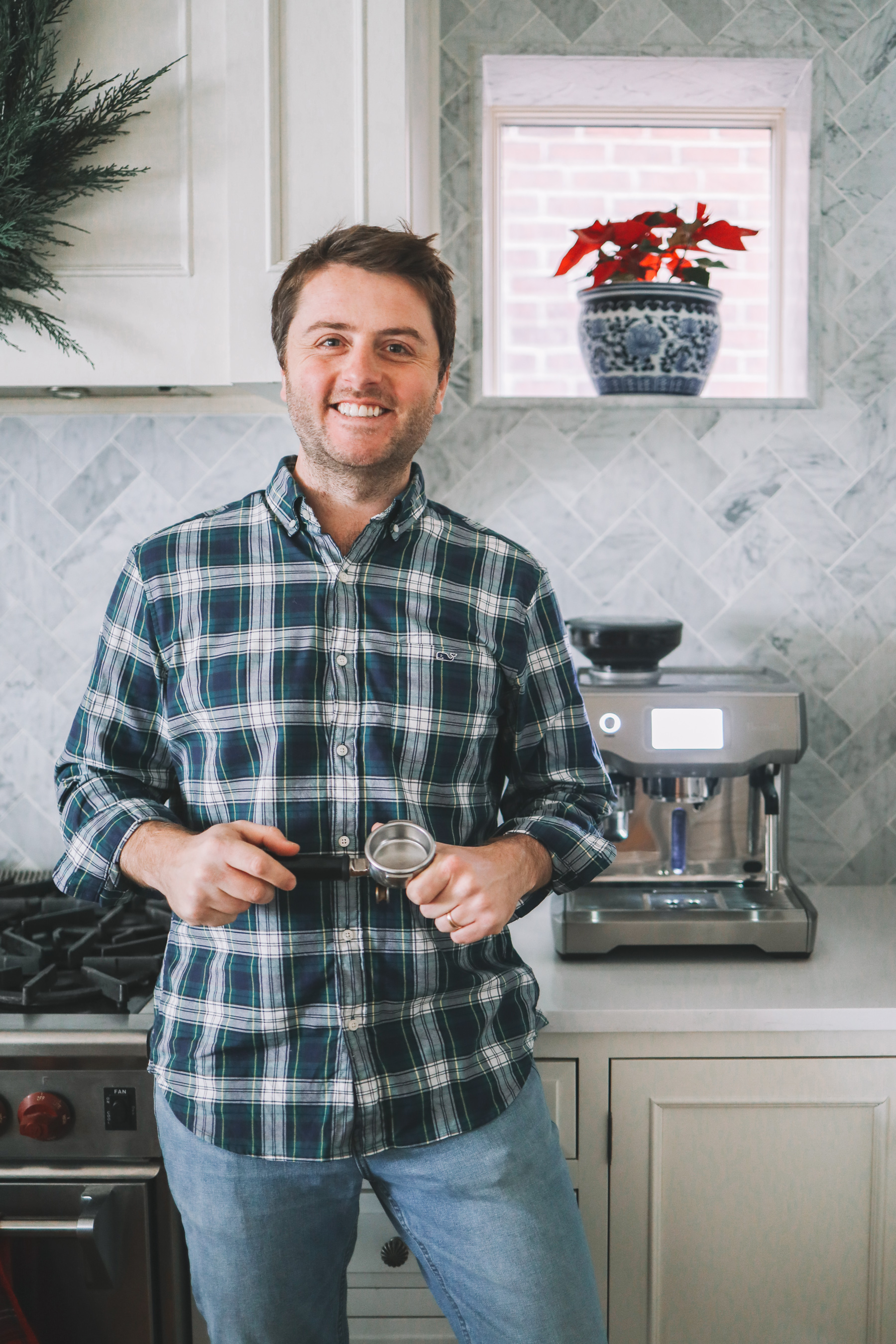 In the past year, I’ve become obsessed with coffee. I watch YouTube videos about it in the middle of the night and recently, I invited a pro to the house to teach me new stuff because I’m really into it. At one point, I owned seven coffee machines and three grinders. (I’ve since come to my senses and gave a good number of them to friends and family.) 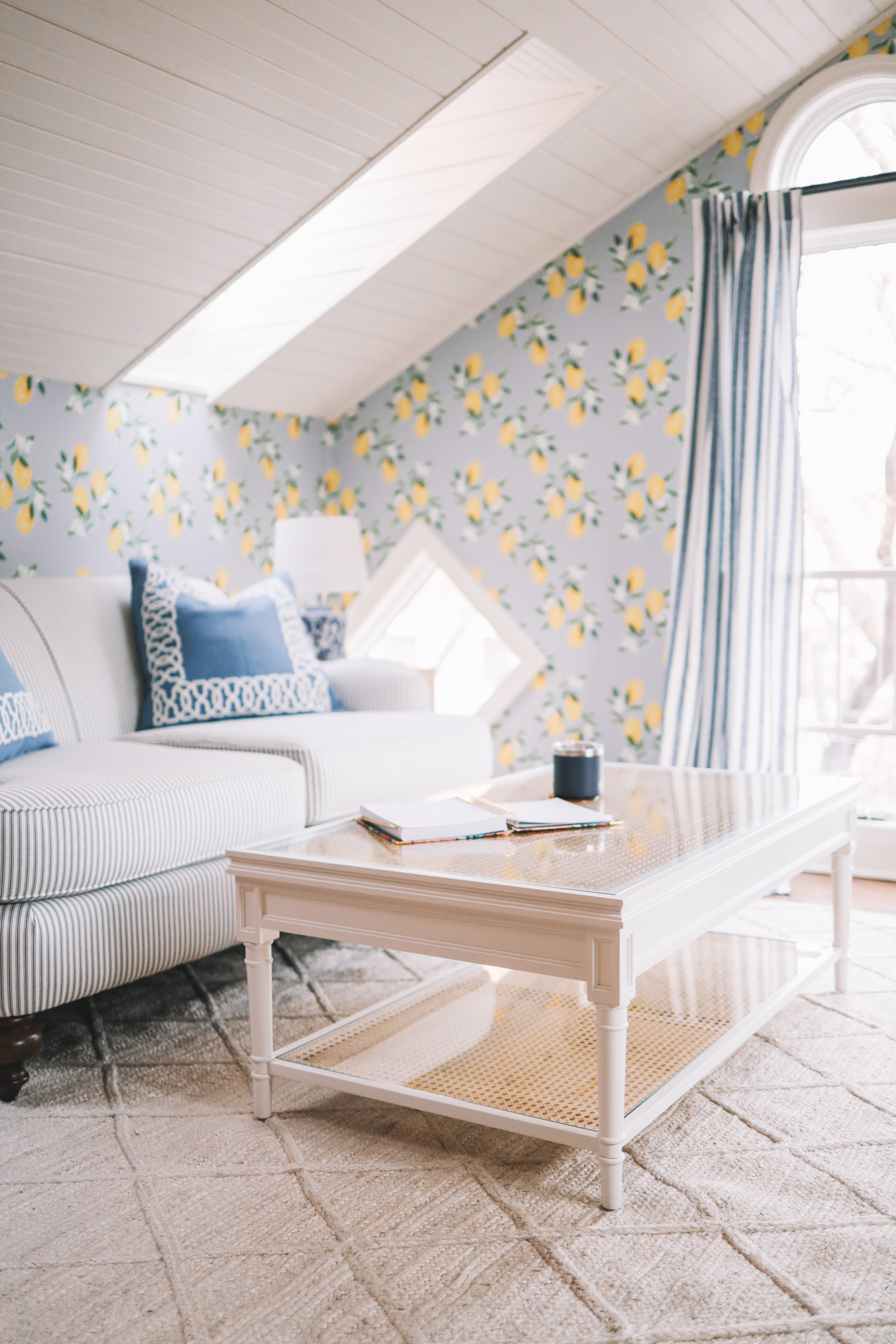 This is Mitch’s last takeover post of the week, and I really don’t want to completely hijack it. 😜 But he’s talking about our favorite products from Serena & Lily, and I couldn’t help but jump in to talk about my top 10. So in no particular order… 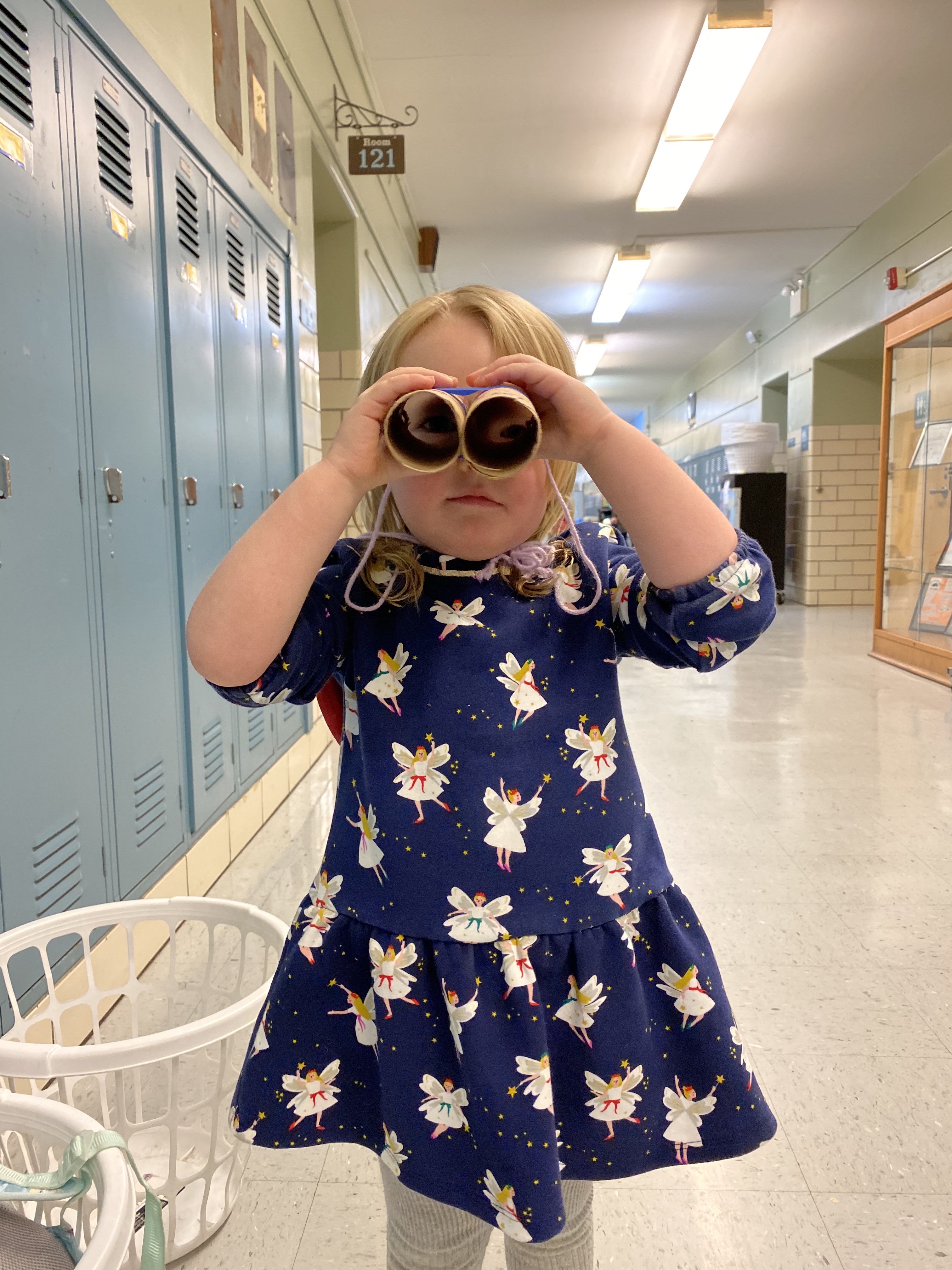 I proposed this column idea as a way to nudge myself toward taking more interesting photographs as I go about my life. And nearly every photo I’ve taken since becoming a dad is of my kids. But the snaps tell an interesting story and give a unique perspective on the Larkin Family so, like any good dad, I’m going to show you a bunch of photos of my kids right now and even one of my dog. Thanks for indulging me. 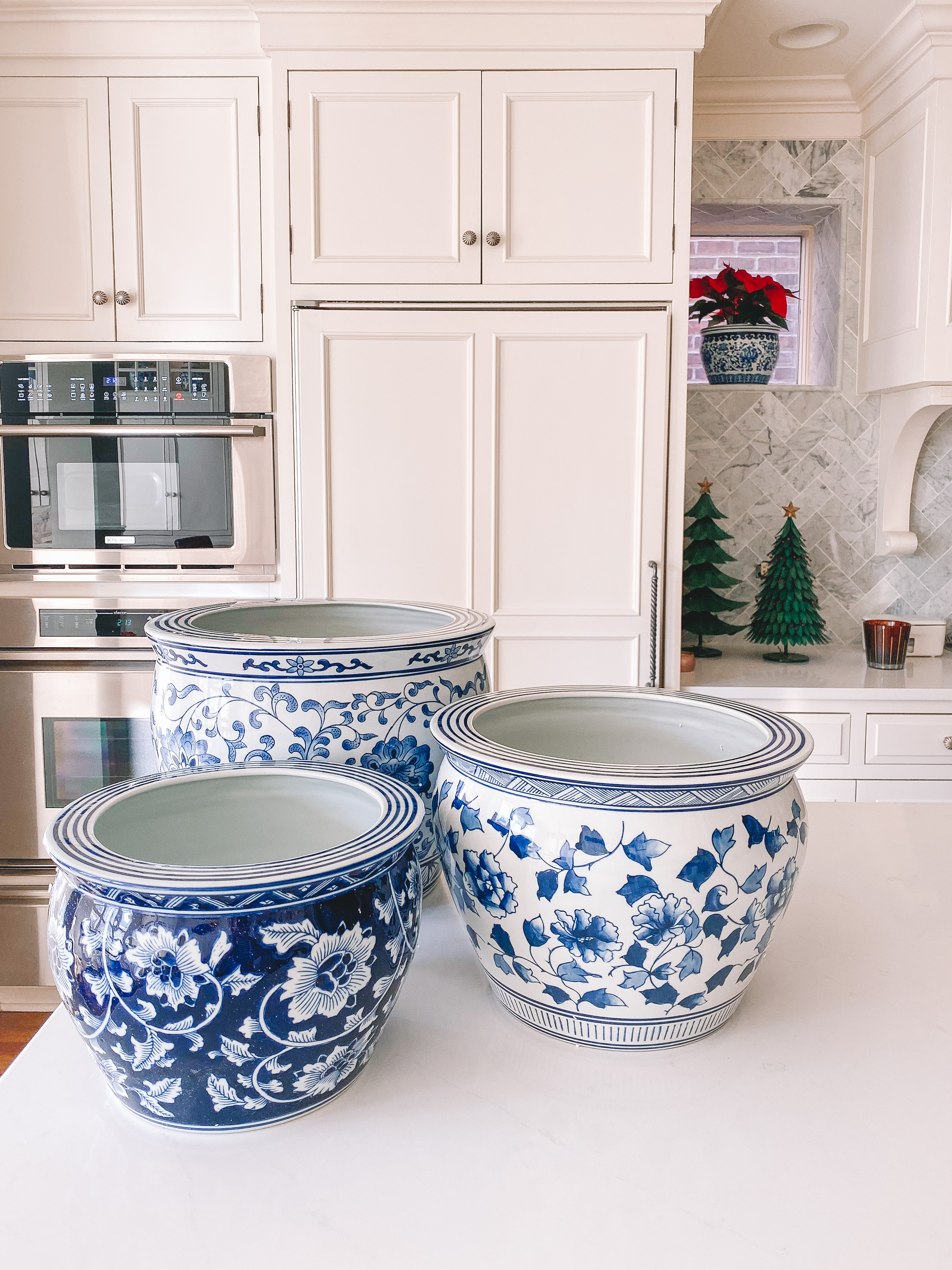 I’m taking over the blog for the next couple of days because we’re traveling–we’re on a press trip in Charlotte with P&G!–and Kelly’s behind on some projects.

So let’s talk plants! I’ve murdered every plant I’ve ever owned, and I’ve owned a whole bunch of plants. Even worse, I come from a long line of plant survivalists. My father and brother are farmers, for god’s sake. They grow hundreds of thousands of new plants from seed each and every year. And my mom? She’s literally a Master Gardener. (It’s a thing.) But it’s not like I hate plants or something. I’m actually pro leaf, but I try and they die. 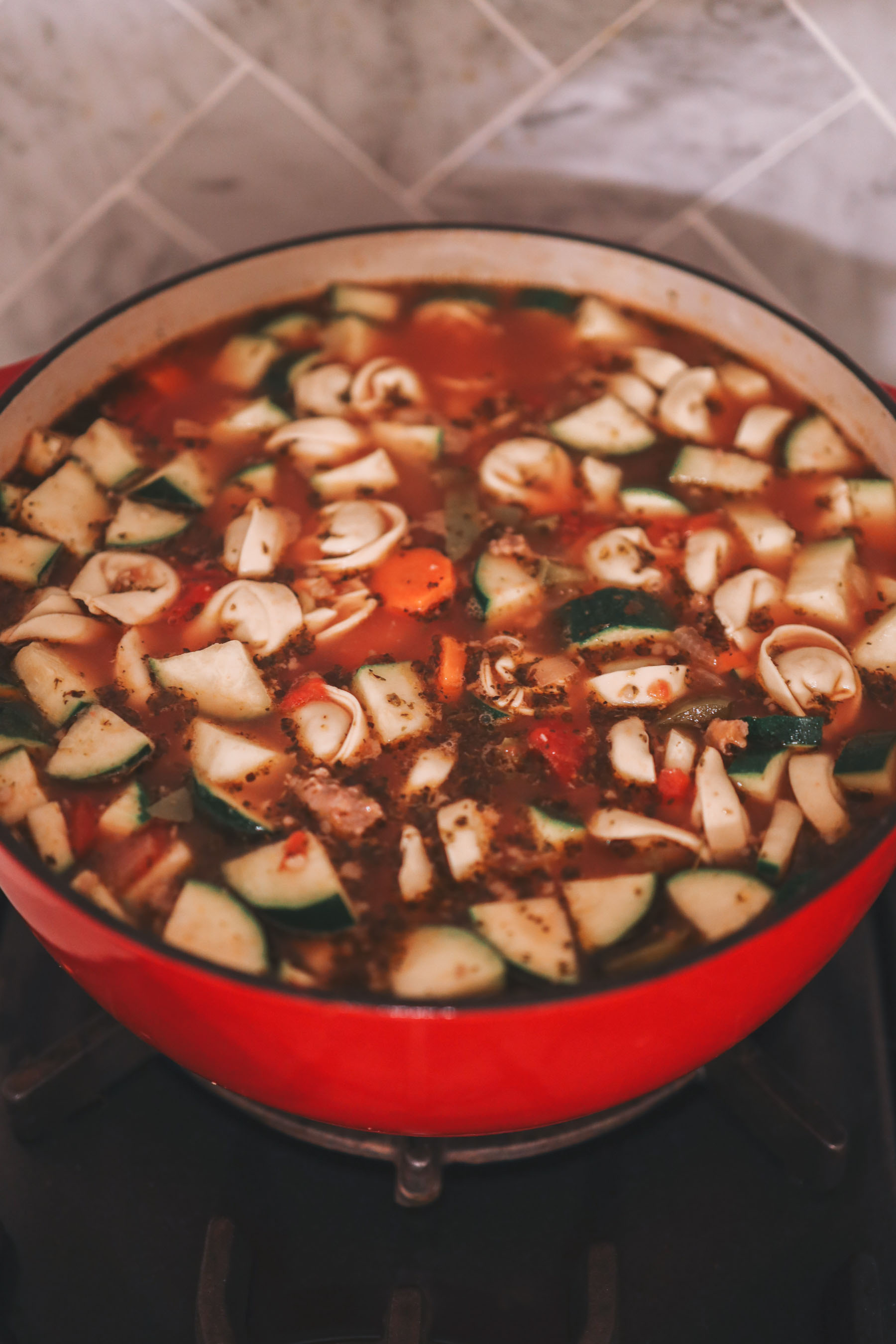 I love a recipe that has all the ingredients right in the title. This soup hasn’t yet had its Cobb Salad, Italian Wedding or Reuben sandwich moment but it’s on it’s way. In our house we just call it “Gammie’s Soup” and it is the absolute perfect meal for a chilly winter day…and as a family in the middle of a Chicago winter you’d better bet we’re souping this soup on the reg. SOUP!

Help Us Find a Grandfather Clock 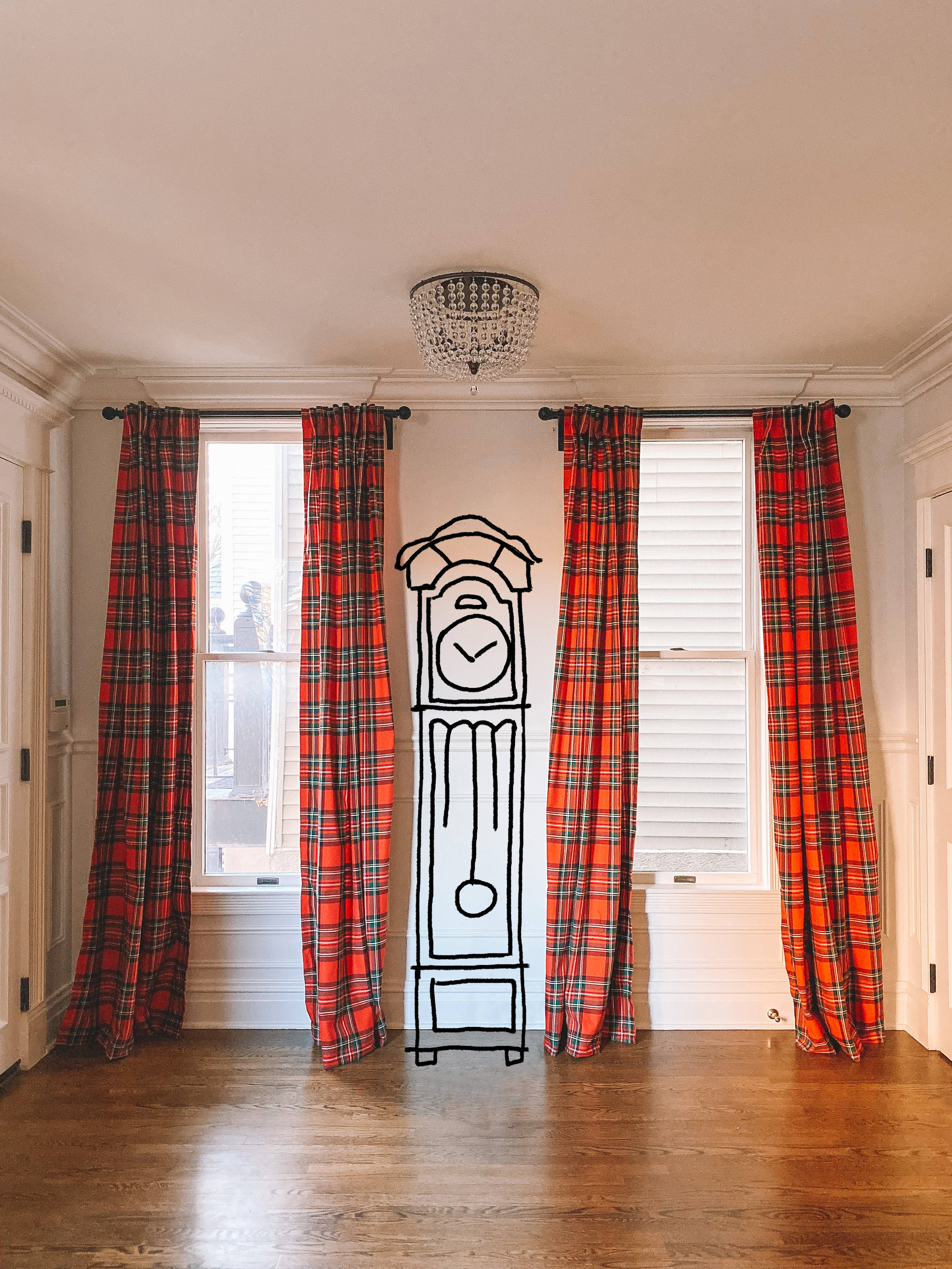 Well, I guess I’m officially old now because I spend a lot of time thinking about buying a grandfather clock. 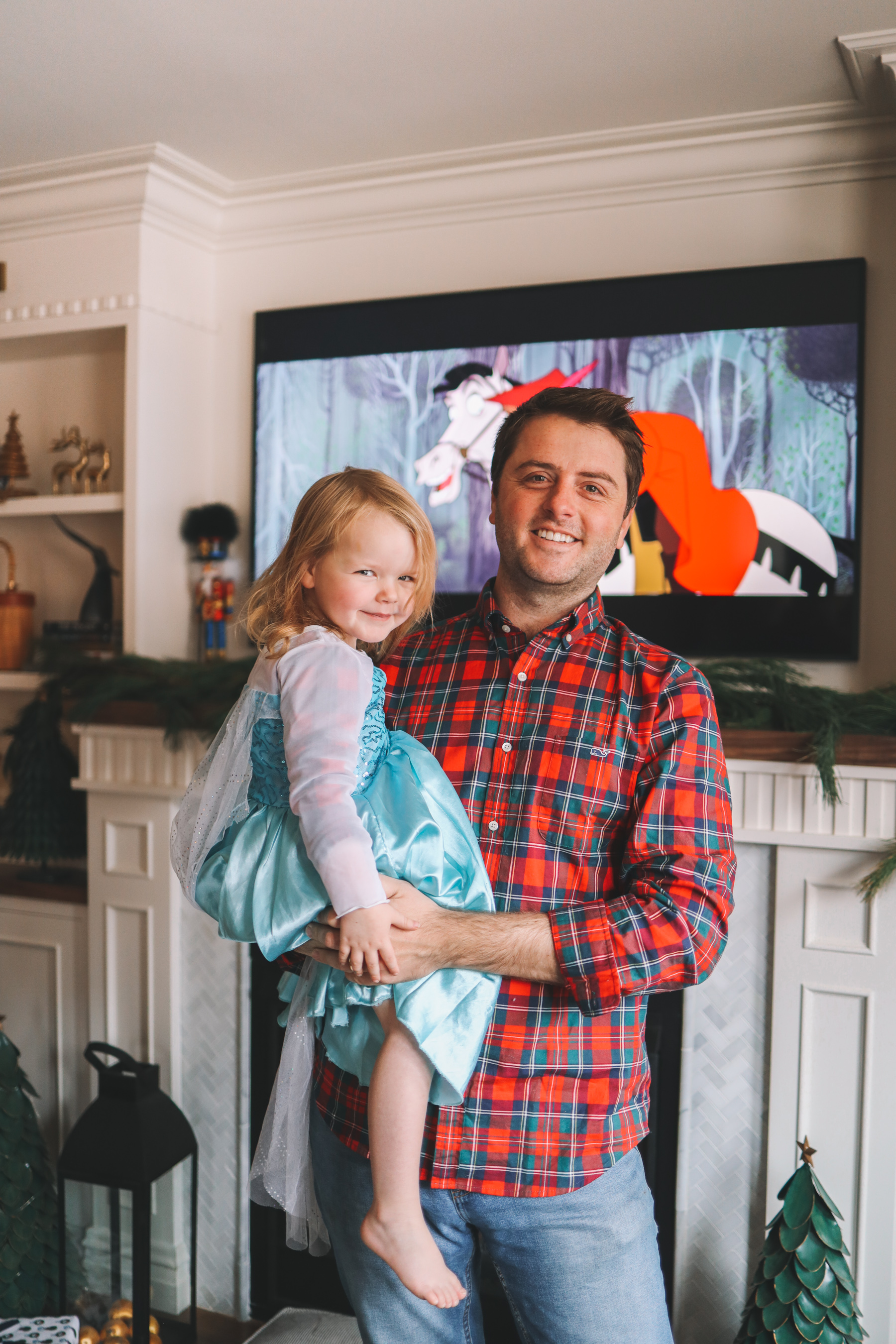 In collaboration with Disney+ and ShopStyle; all opinions are my own. As always, thank you so much for supporting the partnerships that keep Kelly in the City up and running!

Dispatches from the fifth hour of today’s Frozen marathon. The gates are open, the fjord is frozen solid, and I guess I just need to let it go. I’m a dude living with four women, and from here on out you might as well forward my mail to Arendelle. But I really shouldn’t complain. 😉 We spent the last six months without a functioning television because we were waiting for a wall unit to be installed. And for those of you keeping track, this means that until this point, we did the whole infant thing–late nights and early mornings, and all–with no TV. (Worst. Idea. Ever. 😂)

But we’re back, and as luck would have it, construction on our family room was completed the exact same week as the Disney+ launch. If you’ve been living under a rock (or, like some kind of fool, without a TV), Disney+ is a miracle in the form of a new streaming service. For $6.99 per month, we now have access to over 500 movies and 7,500 hours of television. That includes hundreds of the classic Disney movies and TV shows, as well as Pixar, Star Wars, Marvel, and National Geographic.

Why We Bought the VW Atlas 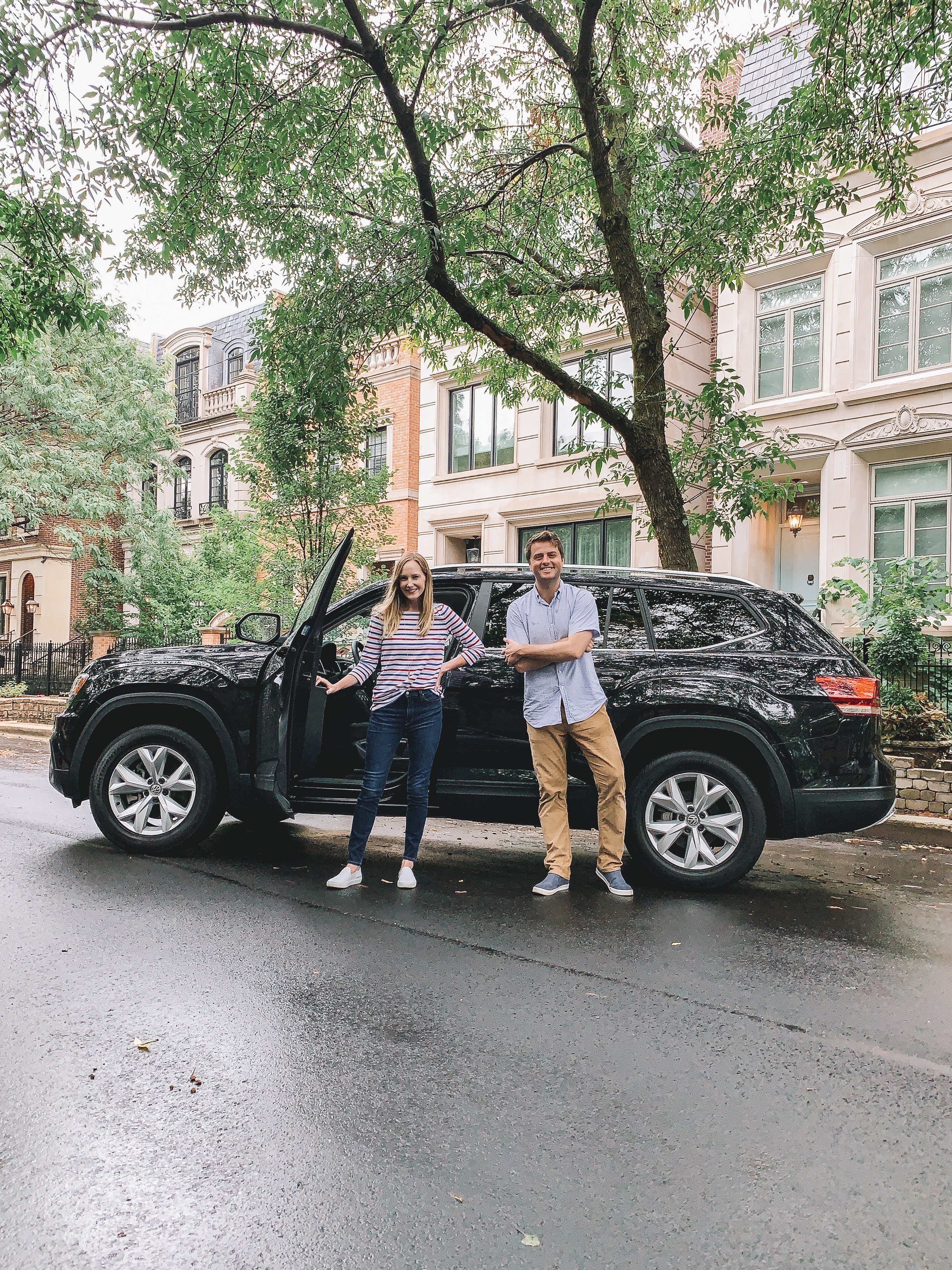 Beep beep, people! We’ve joined Chicago’s perpetual Black SUV Parade… and only five months after we outgrew our old car! I’m here to share the story of our first Big Adult Car Hunt, so buckle up. It’s going to be a ride. 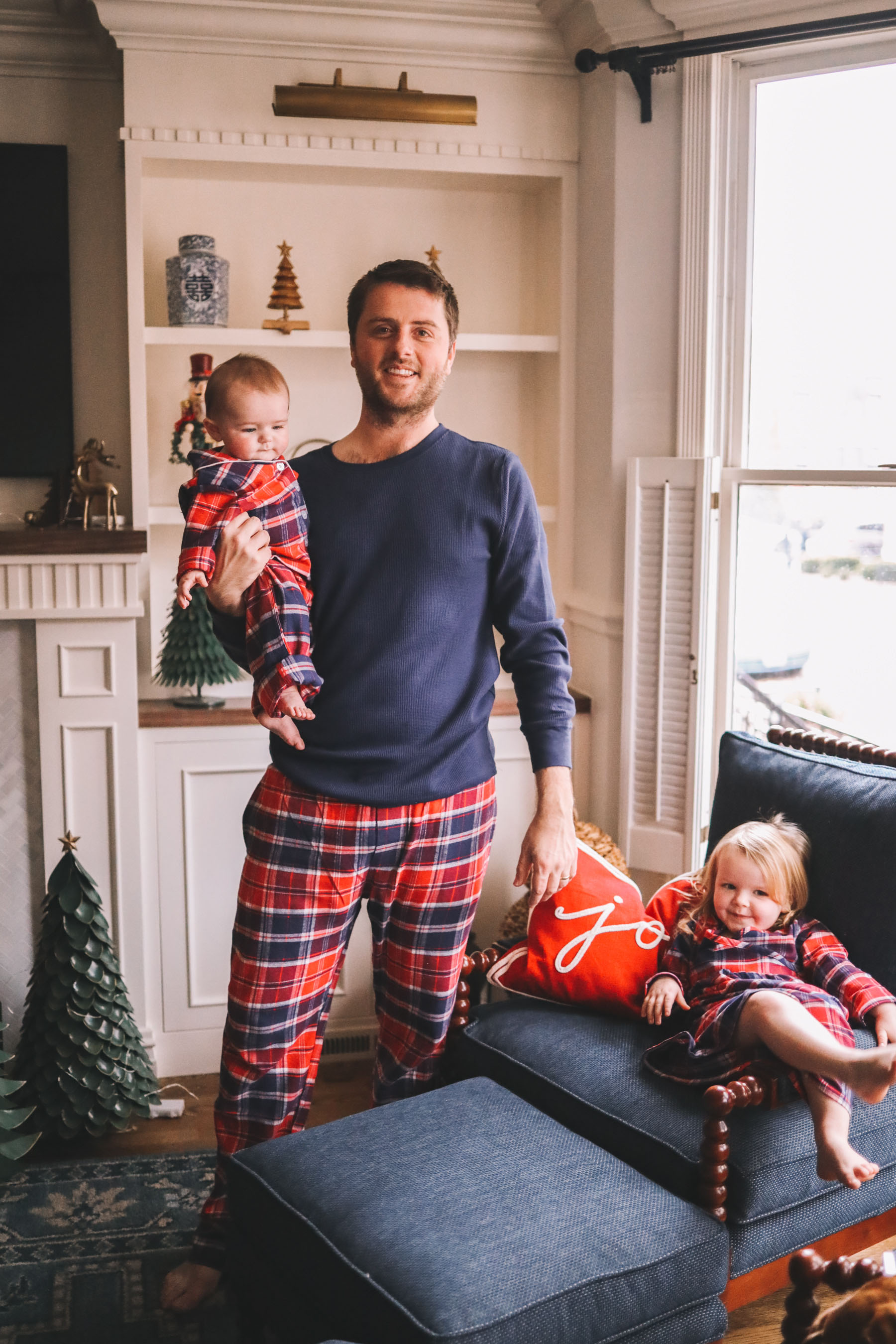 Less than a week with the new fireplace and we’re already cozying up with the matching PJs. And if that’s not a record turnaround, I don’t want to know about it. Any faster would be a little ridiculous. 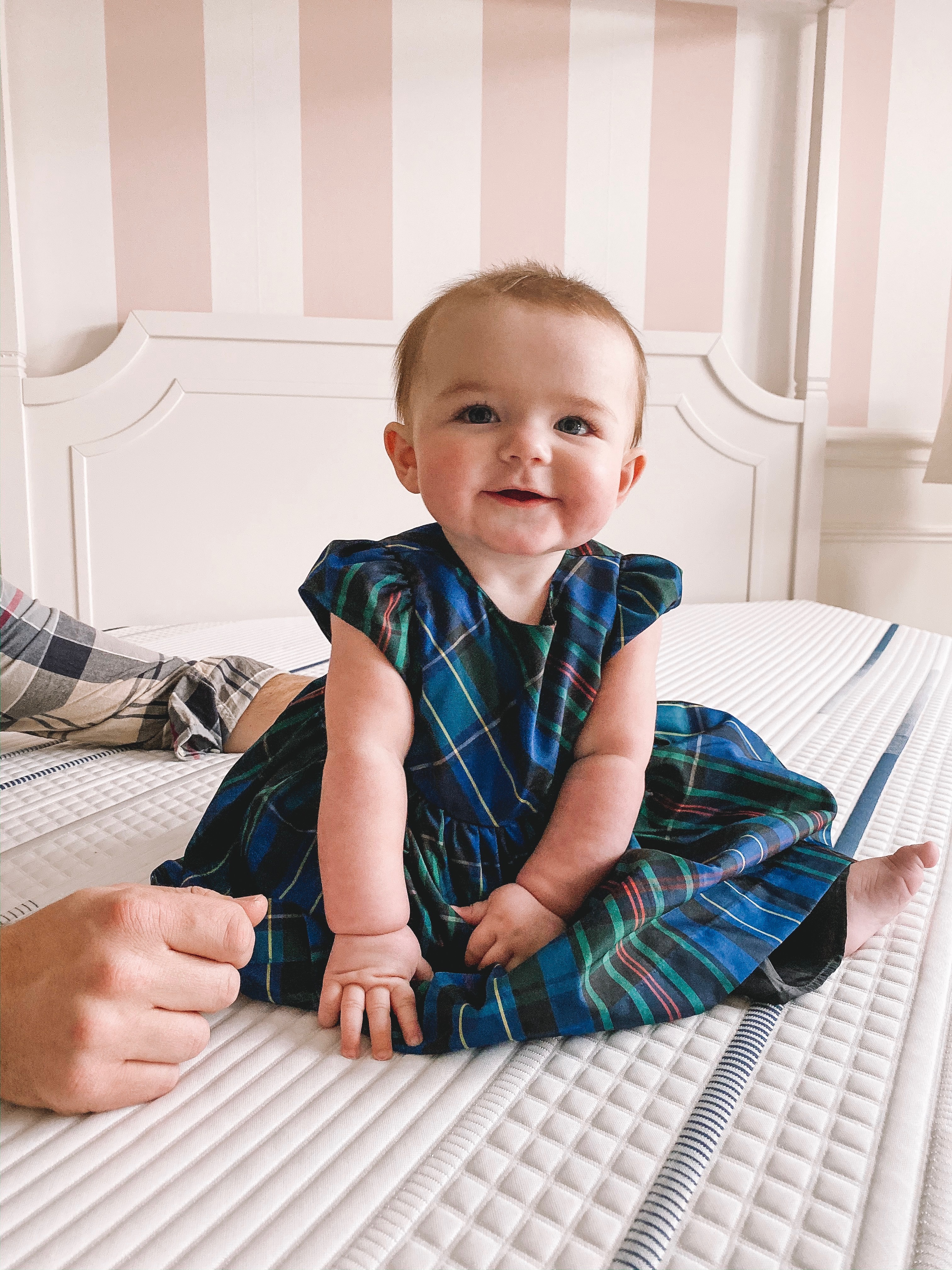 The shopping party continues! I plan to shake this Cyber Weekend deal tree until every last discounted fruit ripens into a kind of online shopping pie of value. That was a metaphor and this is a blog post full of another pile of hand-selected, heavily-discounted, high-quality stuff. Enjoy! 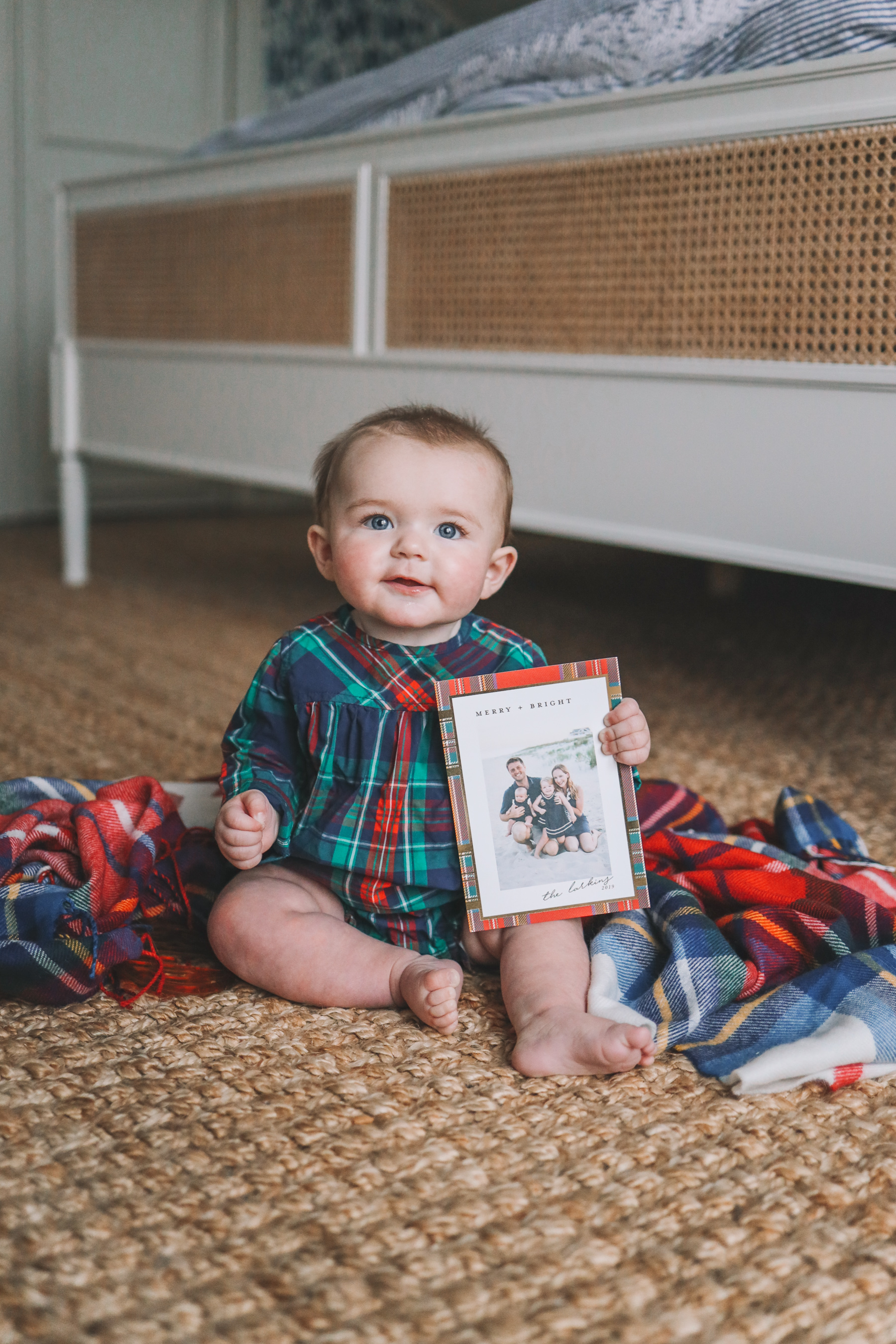 I hate the mail. I avoid it at all costs. A quick trip to the mailbox can derail a good day, and sometimes the mail’s unavoidable associated chores can ruin a month. I’ve seen it happen. (For example, recently opened letter from our health insurance company and it took me a solid WEEK to fix the mistake that I’m convinced was made intentionally. 😂) If it were up to me, I’d throw the mailbox away, pop the numbers off the house and live free.

That is, except for this time of year. 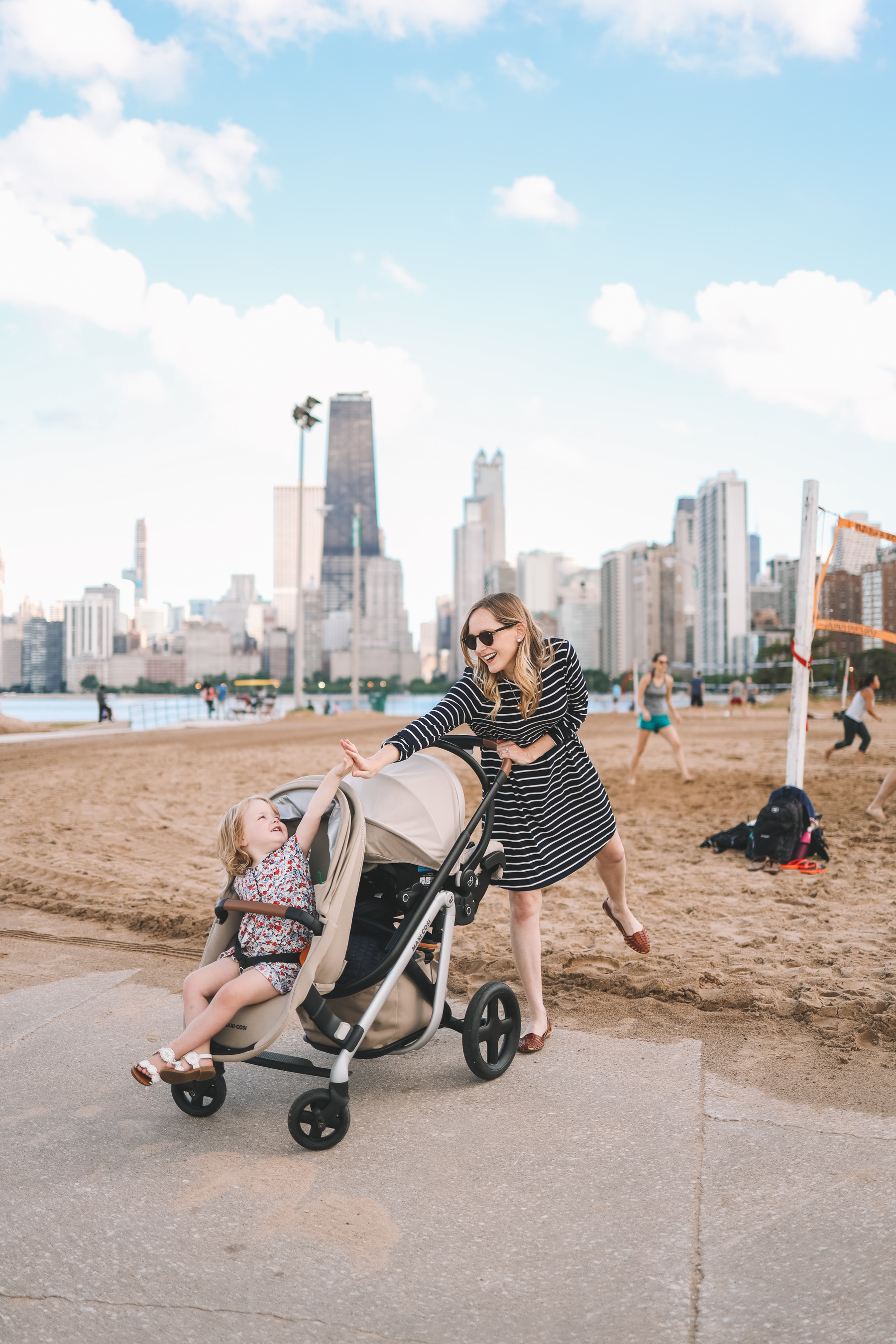 Photos taken shortly after Lucy was born. ❤️ Maxi-Cosi Lila details in red at the bottom of this post!

When I was a kid, my parents pulled us around Chicago in a rusty wagon, but times have changed. It’s hard to overstate what a big deal it is to buy a stroller today. The stroller is the Mobile Parenting Headquarters, and deciding which one to buy is intimidating. 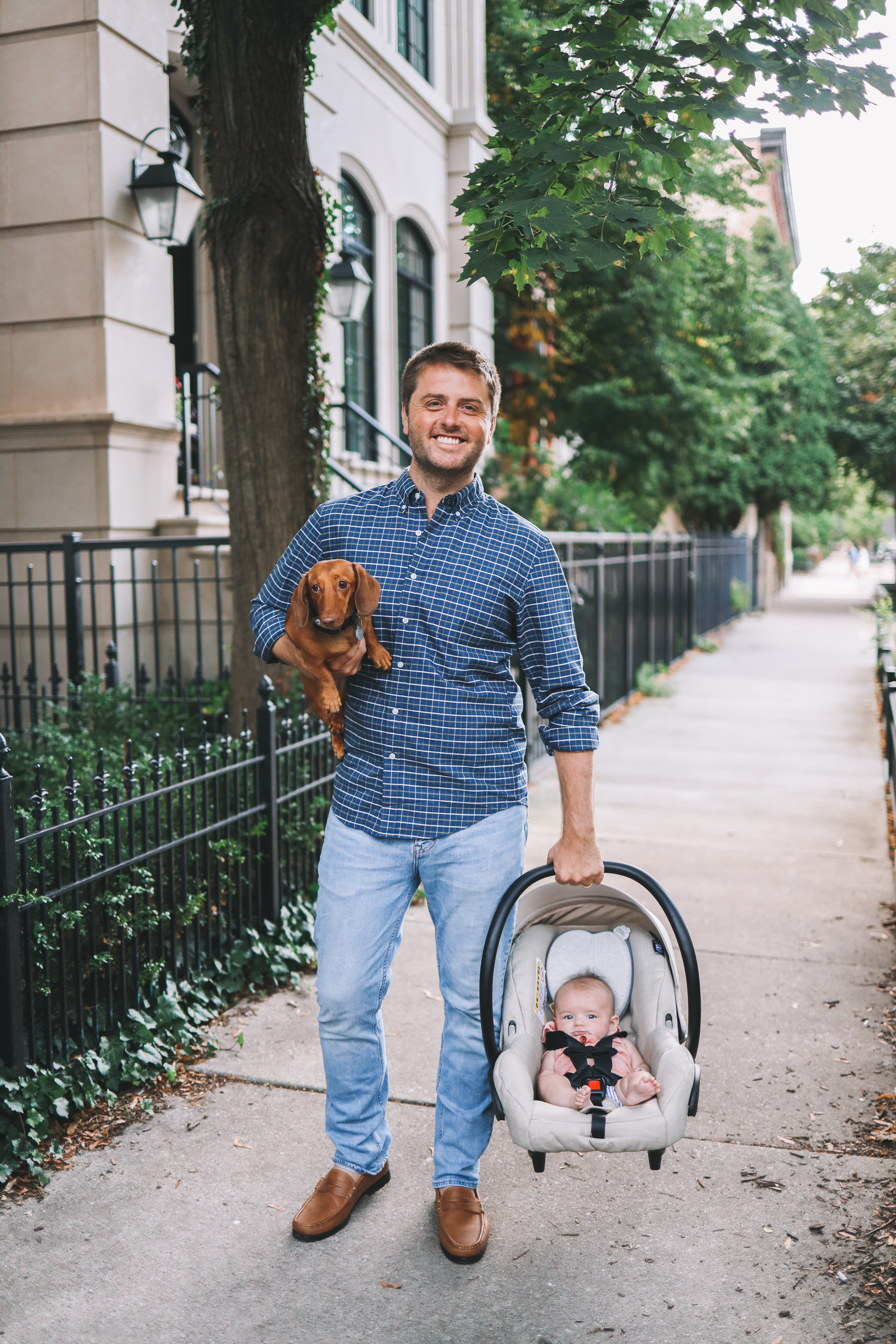 A week into the column and I’ve already changed the title. It turns out that when Mitch goes shoppin’ he shops at more than one store. Silly him!

Fall Style with Mitch and his Little Girls 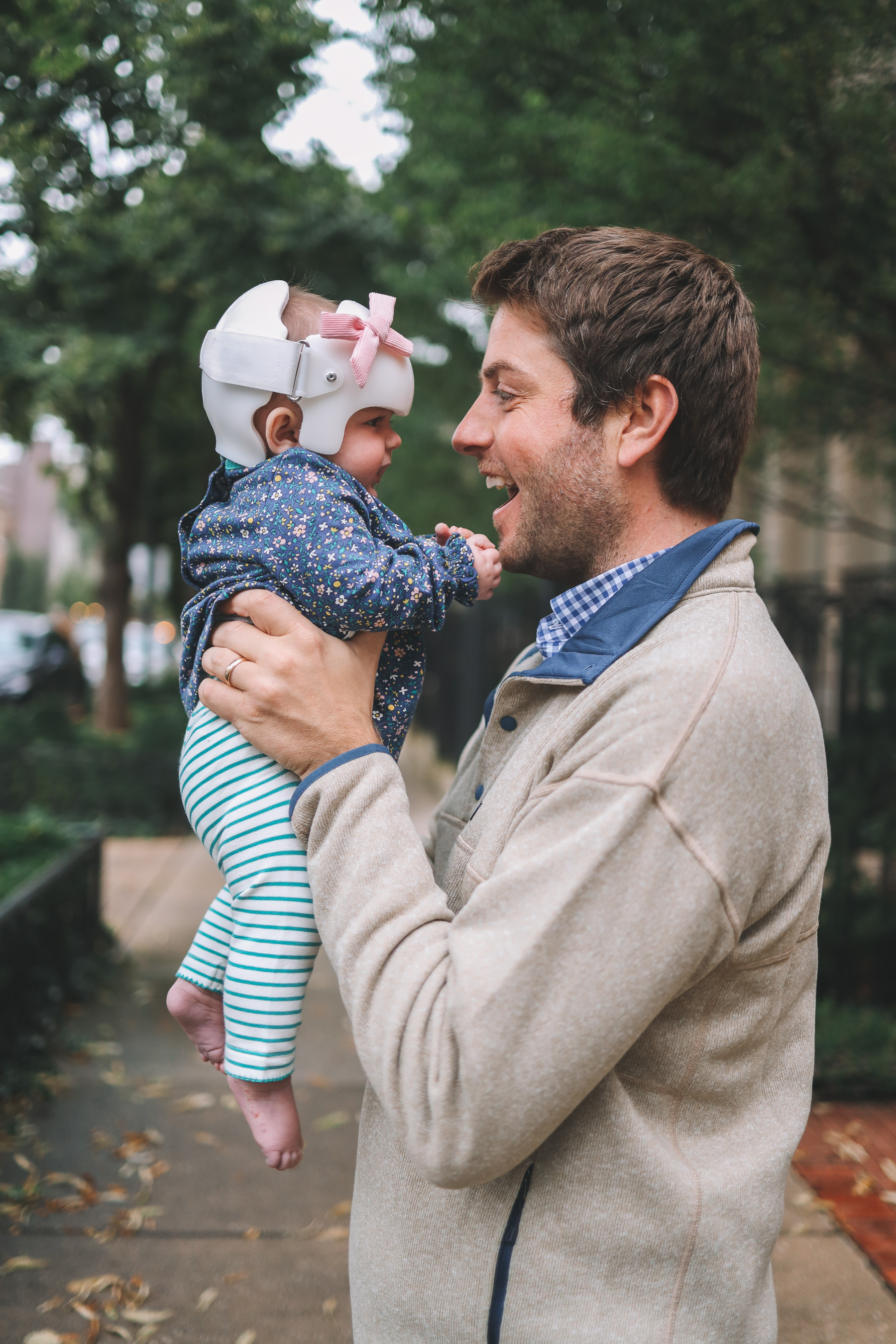 Patagonia El Cap Better Sweater / Sperrys (This navy pair is also great, and I could see myself in these sneakers.) / Similar Jeans Here and Here / Gingham Button-Down (Love this one, too.) / Toddler Outfit / Matching Baby Outfit

I’m a Chicago Weather Denier, and this fall, I plan to ignore the chill for as long as possible like I always do. The plan is to slowly add layer upon layer, and I don’t care if I end up wearing 10 sweaters on top of each other; that parka is staying in the closet where it belongs! It’s like I’m experiencing the five stages of grief but in this case every stage is denial. 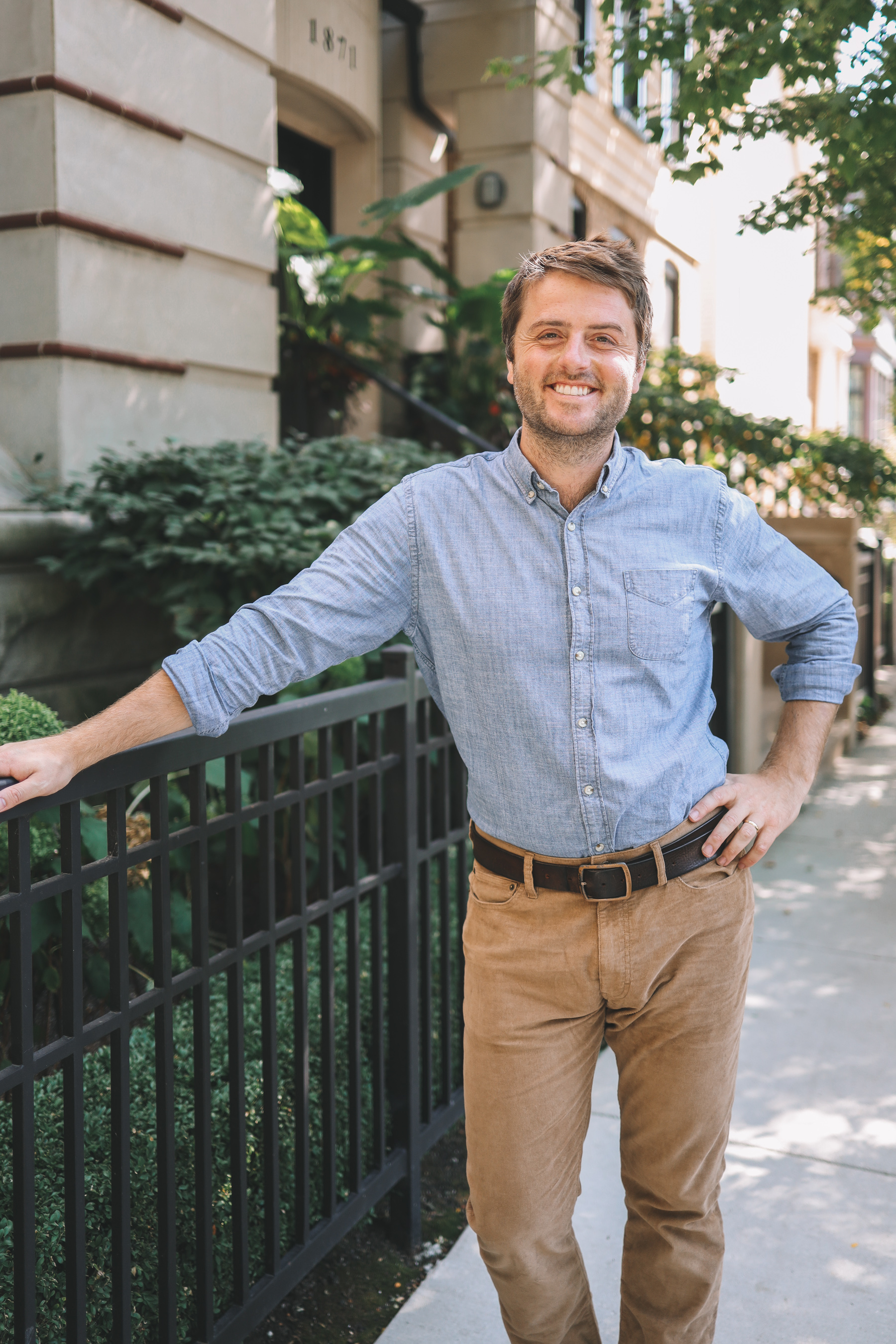 Welcome to Kelly in the City’s newest column! This post could’ve been titled Giving Kelly the Day Off with Mitch but I figured Amazon Finds had a nicer ring to it.

Outdoor Space: Before + After 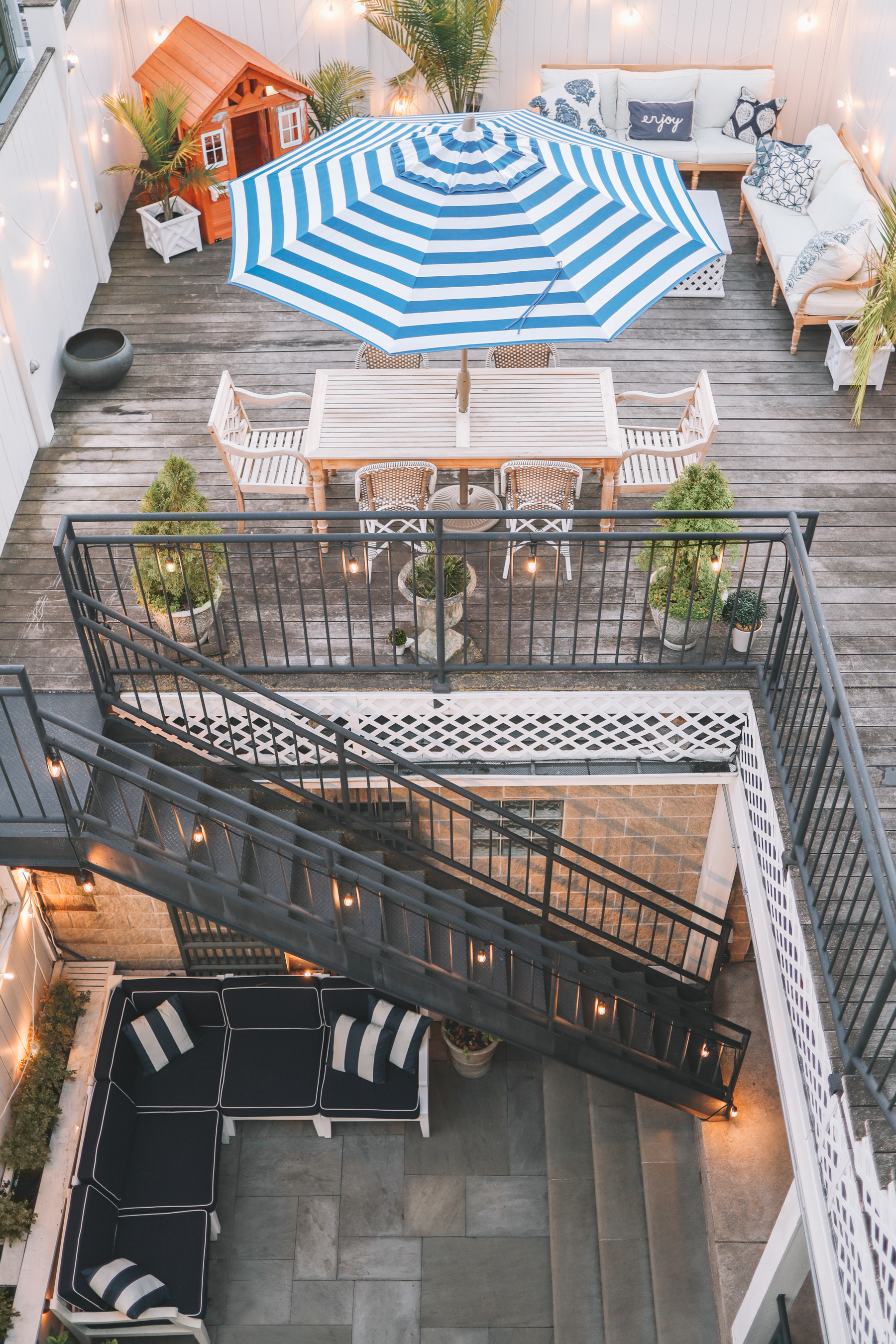 This post is sponsored by Ace Hardware, but all opinions are my own. As always, thank you so, so much for supporting the partnerships that keep Kelly in the City up and running!

All my life, I’ve wanted to live in an old single-family house in Lincoln Park, where I spent half my childhood. Outside of marrying an awesome person, starting a family and growing a beard, it was my fundamental goal. I’m so, so happy… and I can see the change in my family’s happiness, too. We have SPACE! I also just can’t get over the thought that this is my office and that is my door and why does the doorknob look like that and we have to change it immediately but I have no idea how to change a doorknob. 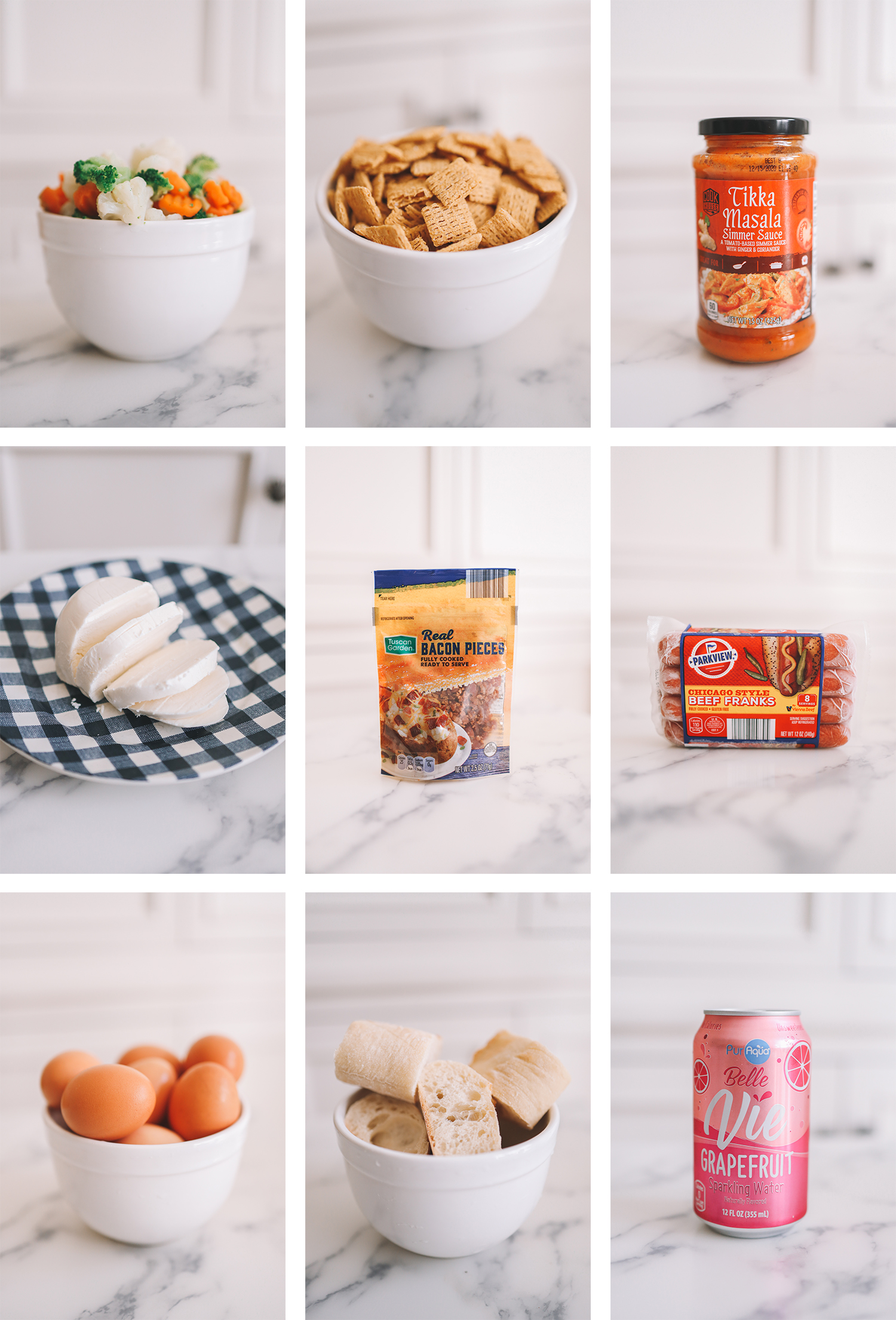 Does anyone else straight up pig out when they get home from the grocery store? I can’t be the only one. I even buy special favorite treats for myself to eat immediately when I get home because I’m an adult and I have a credit card and can do stuff like that! Well, that’s what this post is all about. I’ve partnered with ALDI to share my favorite stuff from my favorite store. This is pretty much the best blog post of all time.

$1,000 Giveaway with The Laundress + Partners 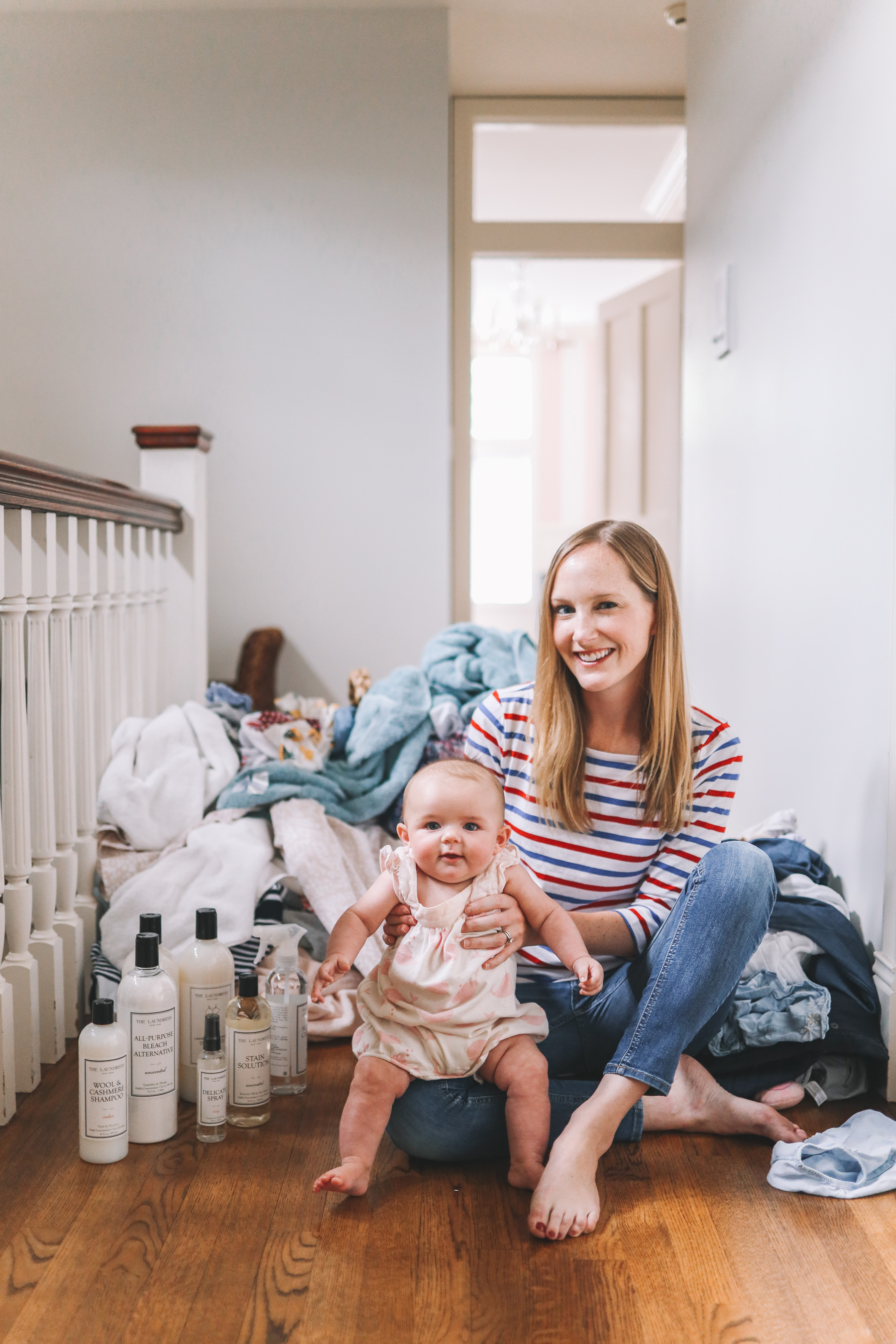 ^ This one contributes quite a bit to our laundry situation, but boy, is she cute!

Kelly and I have been in some dire laundry situations over the years. I’m talking about late-night New York laundromats, coin-operated basement clunkers, and weekend trips to our parents’ with suitcases full of dirty clothing. You’d think that by now, especially considering we have a proper upstairs laundry room, we’d be past all this. But you’d be wrong. Because now we have not one but two kids! 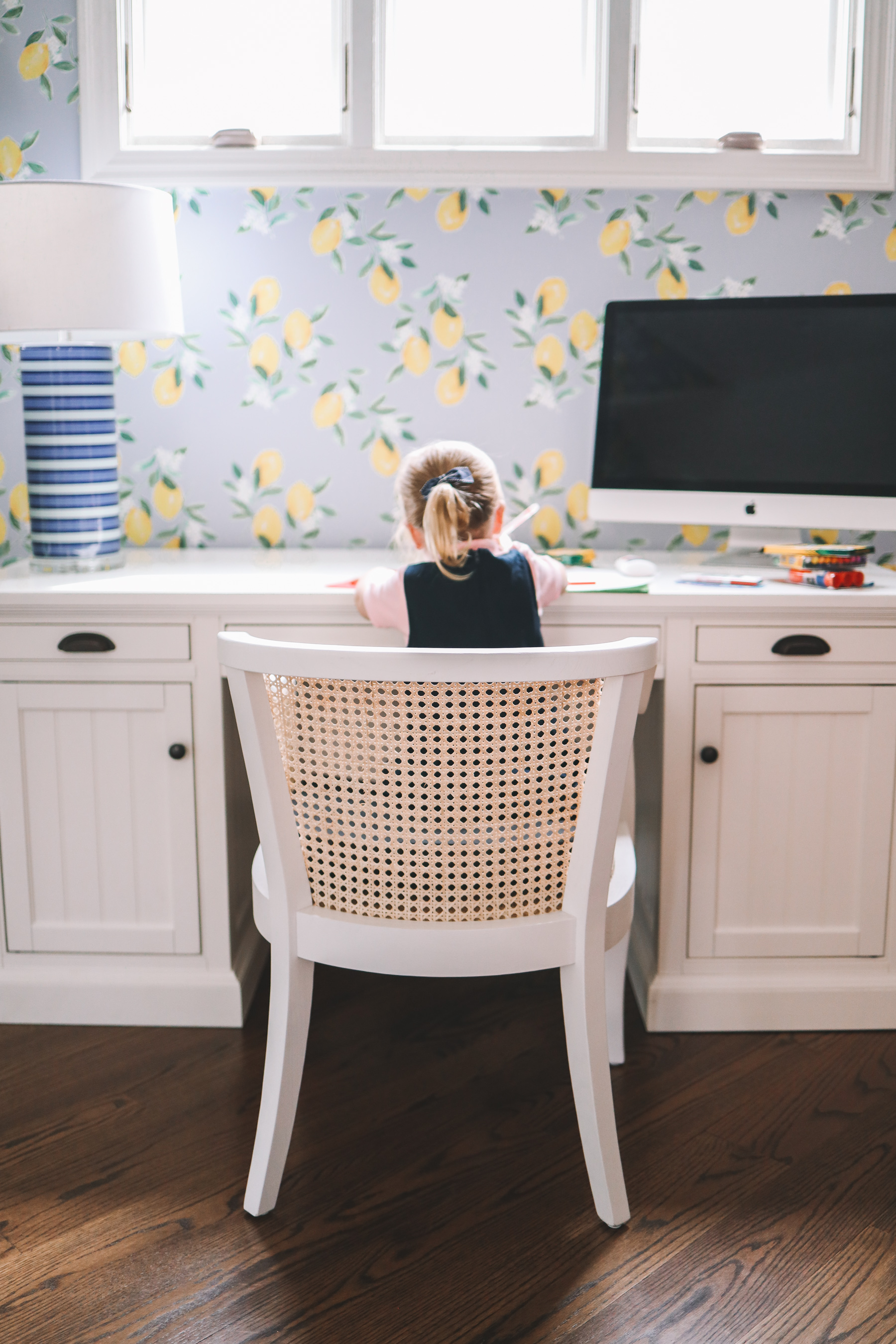 Let’s all give a big, raucous internet applause to the teachers out there on these last days of August. It’s tough being a teacher as the summer winds down; I should know. I used to be the guy behind the supply list!

Noodle on the Go 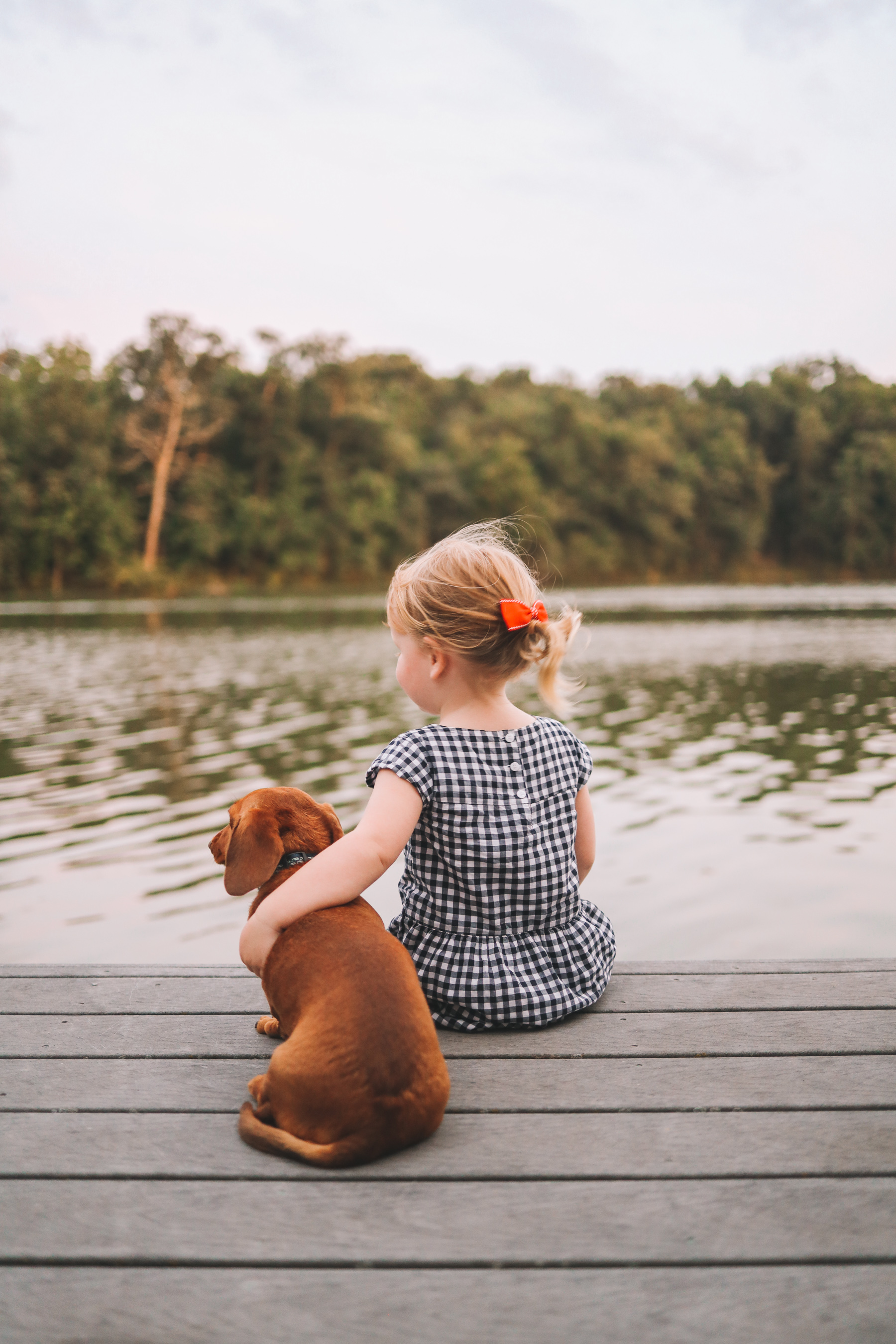 In collaboration with Zoetis. All opinions are my own. As always, thank you so much for supporting the partnerships that keep Kelly in the City up and running!

Noodle is many things to many people. She’s a living teddy bear for Emma, a nap-disrupter for Lucy, a cuddly writing companion for Kelly, and a source of an astonishing number of chores for me. 😉 (Kidding. I love her.)