Did You Have a Favorite Stuffed Animal? 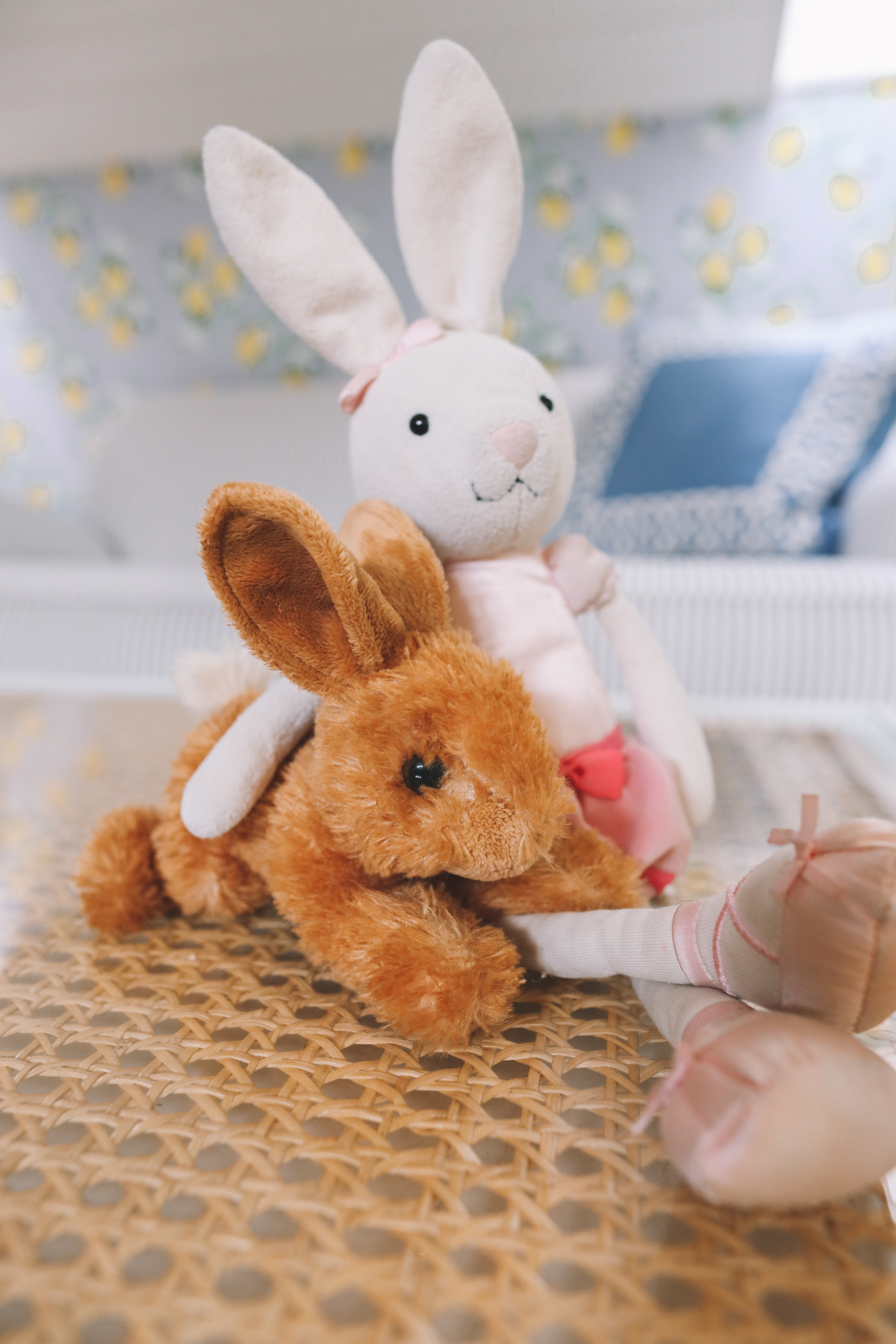 Lucy recently started showing preference for a particular stuffed animal: the little rabbit that I believe was part of either a Runaway Bunny or Guess How Much I Love You gift set. (I can’t remember. 🙈 Does anyone know the little brown bunny pictured above?!)

While that alone is adorable, it’s also very special because Emma’s favorite stuffed animal is this ballerina bunny (from my mom) and mine was a bunny, too. ♥️

There’s a psychology article that I (for reasons unknown) stumbled upon a while back and THAT I SOMEHOW JUST FOUND AGAIN. It describes stuffed animals–or whatever it is that a child chooses to love–as “transitional objects.” They provide children with “comfort, solace, predictability and constancy–representational of a stable and predictable world.” How fitting for the world we currently find ourselves in, right?

“In essence, the object represents the process by which one can navigate life, and experience a homeostatic inner balance, a cohesive sense of well-being at every developmental milestone,” says Goddard, the author.

And then later in life, if we choose to keep our transitional objects, they still might be able to provide us with some of that same solace and connection. It’s probably why so many of us have them shoved in closets somewhere in our childhood or even current homes. They’re comforting.

So let me introduce you to “Hop,” a white bunny that my mom picked up for me at a UC Berkeley gift shop when she was working there as a nurse. (We were stationed in California at the time with the Air Force.) She said that she’d often go in there when she missed me because they had so many cute things for children–and when she saw the bunny, she knew that it would be going home with her.

Hop was a big part of my childhood. He (she?) went everywhere with me, and when I was very small, I’d apparently toddle around, repeating “Bea and Hop, Hop and Bea” to myself. (“Bea” was my Cabbage Patch doll.) Over the years, I grew and changed… but Hop always remained the same… just slowly moving from my bed to my bookshelf and then to my toy chest and then to my closet. Ultimately, when I moved out permanently, Hop found himself in a storage tub in the basement. And yes, I’m feeling EXTREME guilt over this having since seen “Toy Story”. 😂 HOP, I’M SORRY!

Like so many others, my parents decided to clean out their home when the pandemic started. I imagine that it was both wonderful and tough–to relive such happy times and then to acknowledge that they’re now in the past. (Though my parents really don’t look at life that way, and are way more in the “life just gets better and better” camp! Grandparenthood looks good on them.)

Anyway, they put Hop aside, and called not only to reminisce with me but also to tell me that they’d bring Hop for the girls whenever it was safe to see us again. (😢) And I have to say that as someone who normally isn’t very sentimental about things (with the exception photos), my heart swelled. No, I don’t think I would given Hop another thought had my parents decided to put him in another pile, haha. But I don’t know. There’s something so lovely about putting Hop on a shelf in one of the girls’ rooms so that when they’re a little older and perhaps interested, I can tell them about him. I remember when my own grandmother gave me one of my mom’s childhood dolls, and it blew my mind that she’d once been just like me. A kid.

At the end of the day, childhood transitional objects can represent a lot, but they’re just things. If you don’t still have yours, it’s certainly not a big deal! It’s also not a big deal if you never had one to begin with. Perhaps what brings you solace and memory is a particular place, smell, song, or type of food.

Whatever it may be, please tell me about it! Why is it important to you? When did you get/find it? How does it make you feel now? 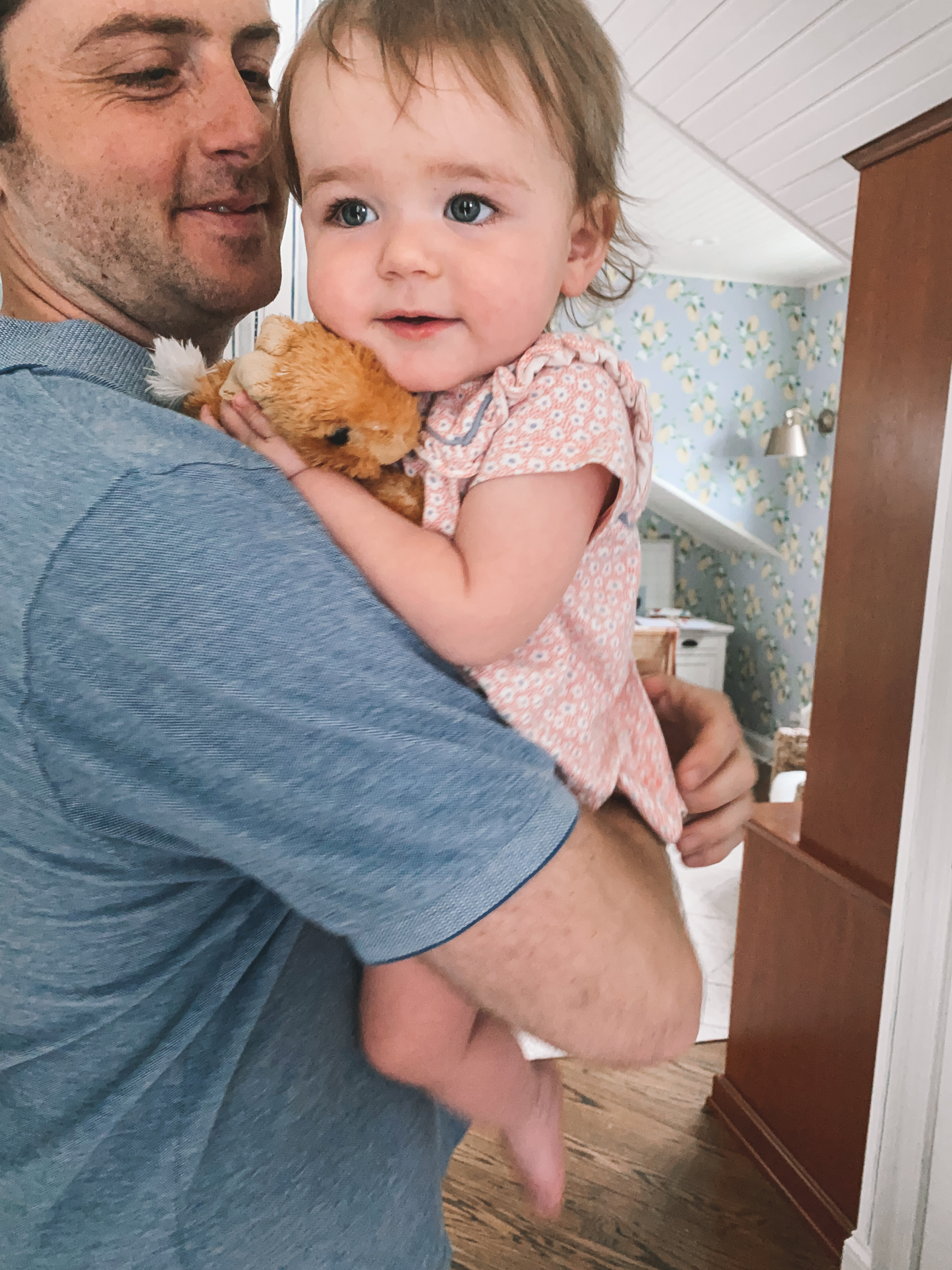 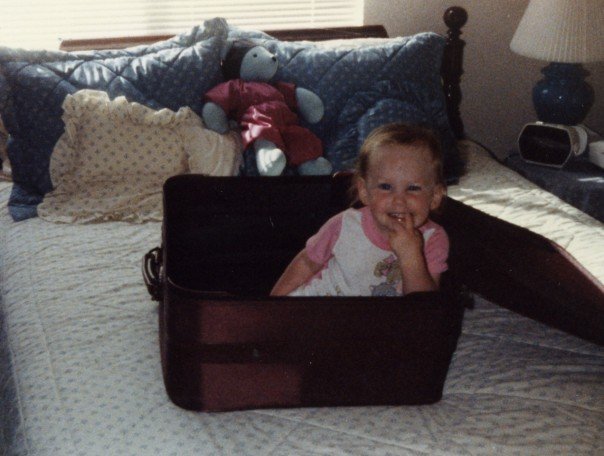 ^ Me in a suitcase (?) on my parents’ bed with what appears to be an aviator version of Stephanie Tanner’s Mr. Bear in the background. 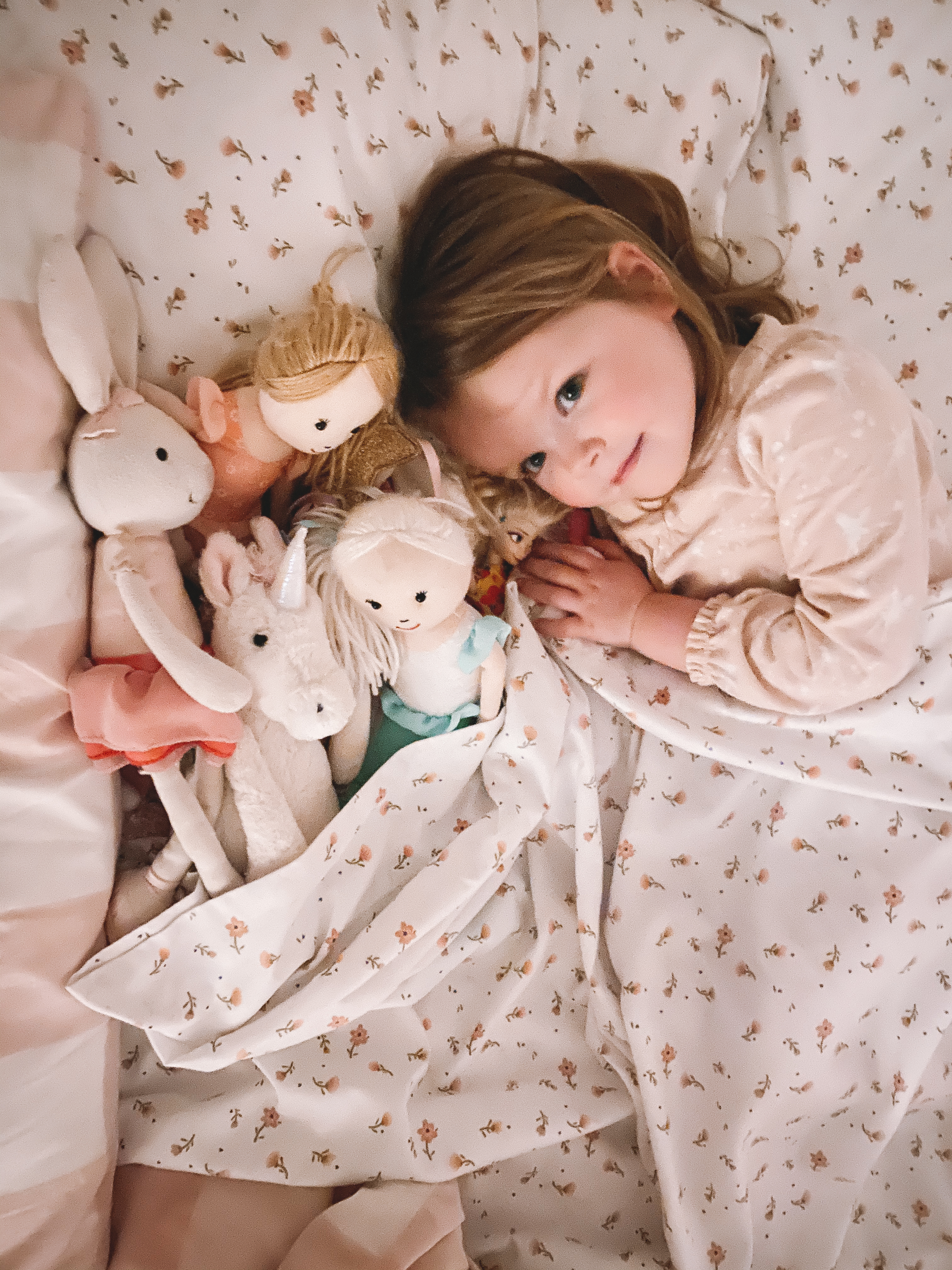 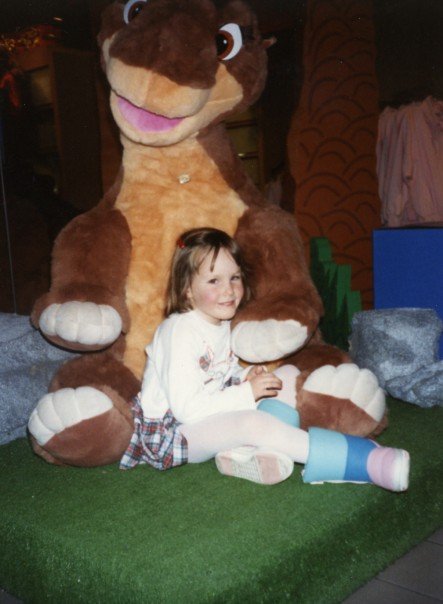 ^ Were any of you Little Foot fans? I fell in love with this giant dinosaur I believe at Macy’s and then Santa surprised me with a smaller one on Christmas morning. I was SO surprised! 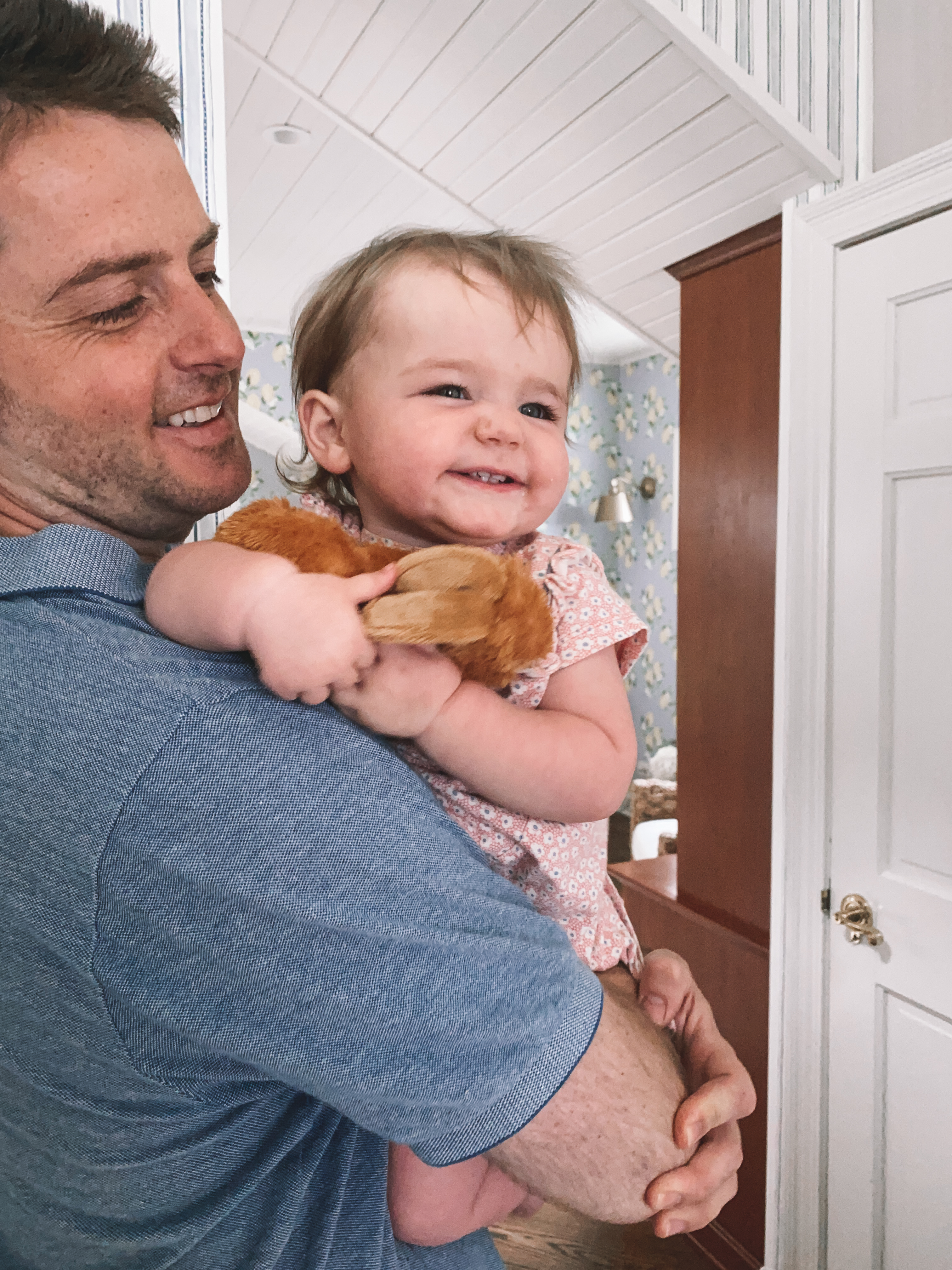 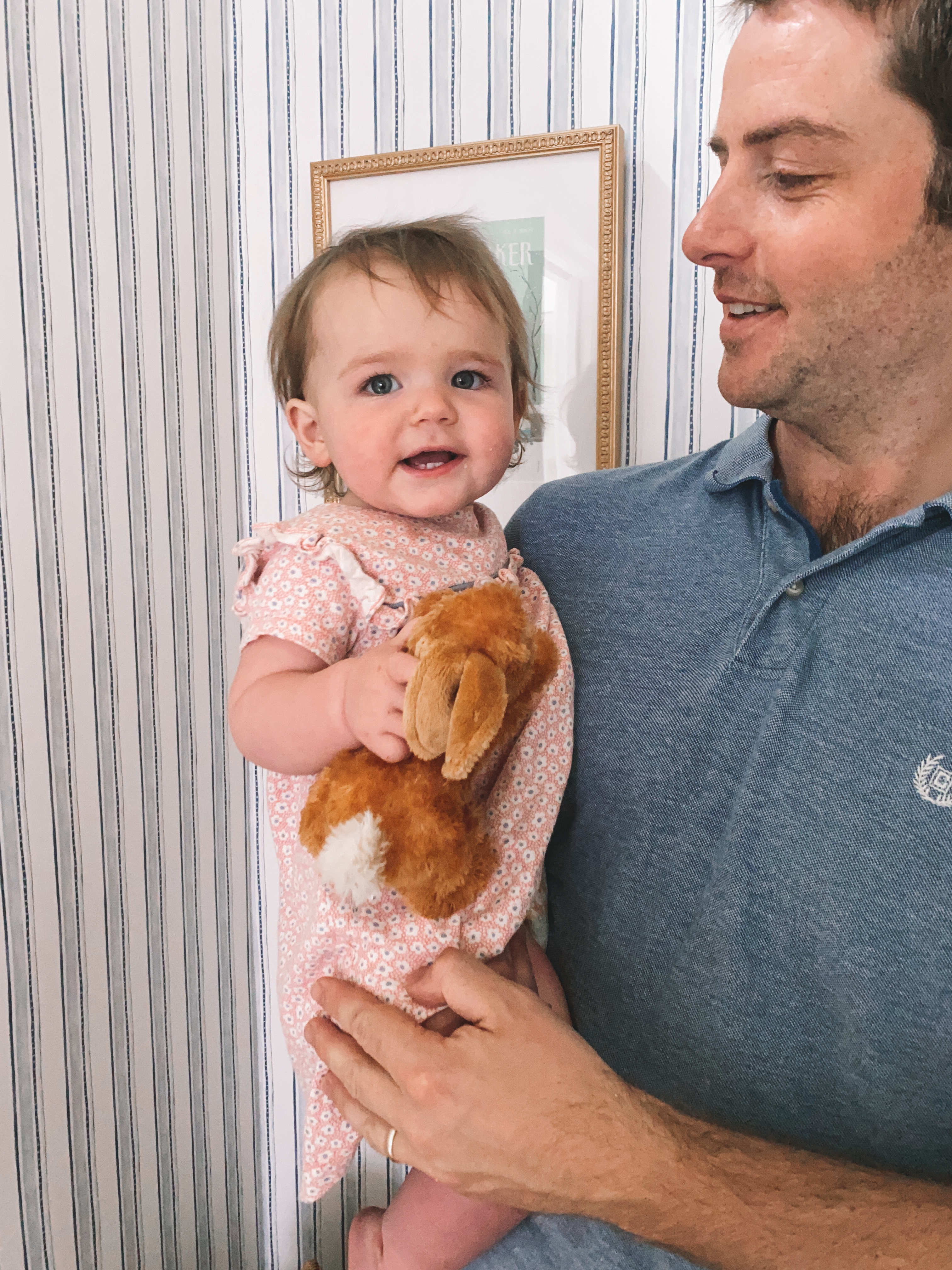 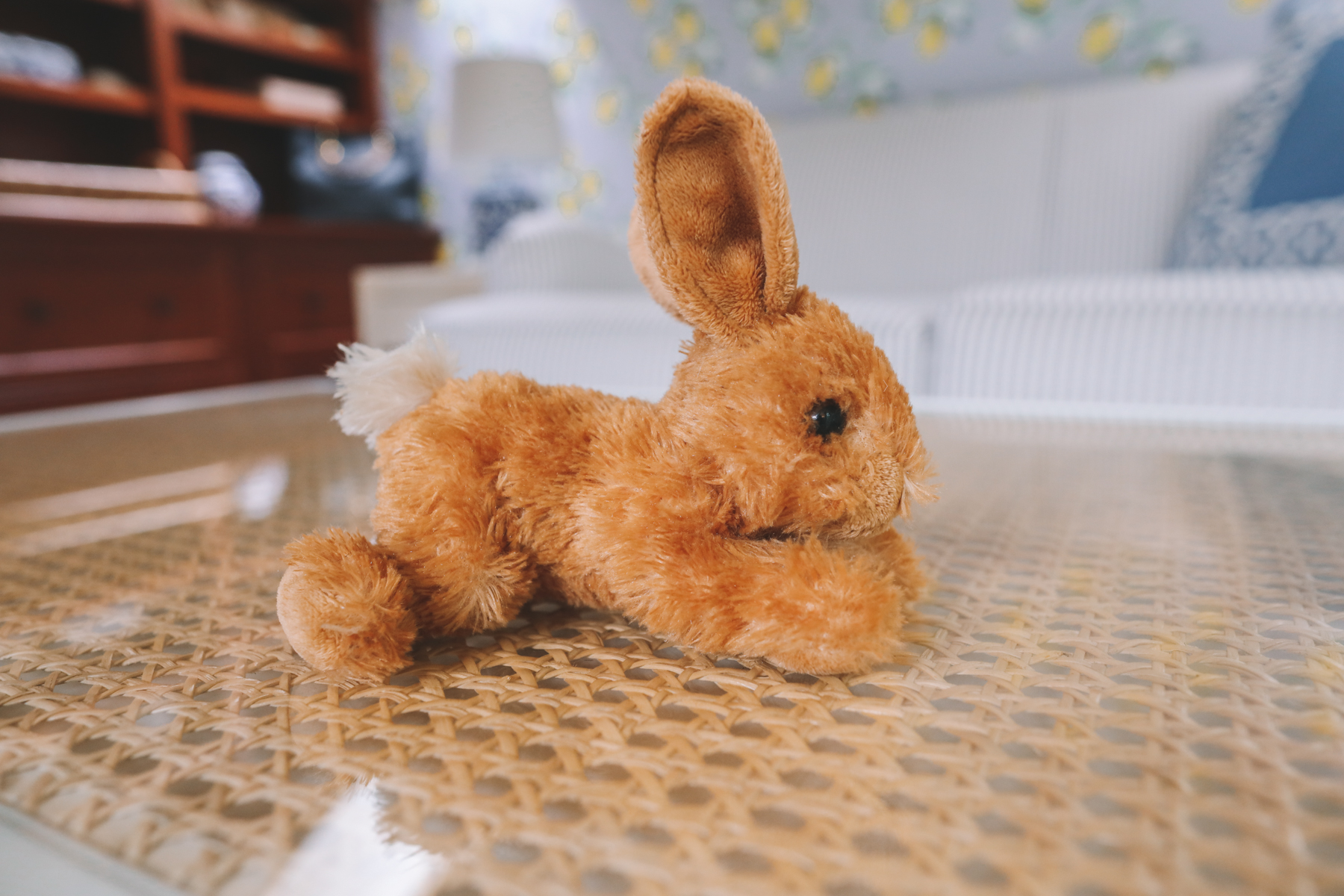 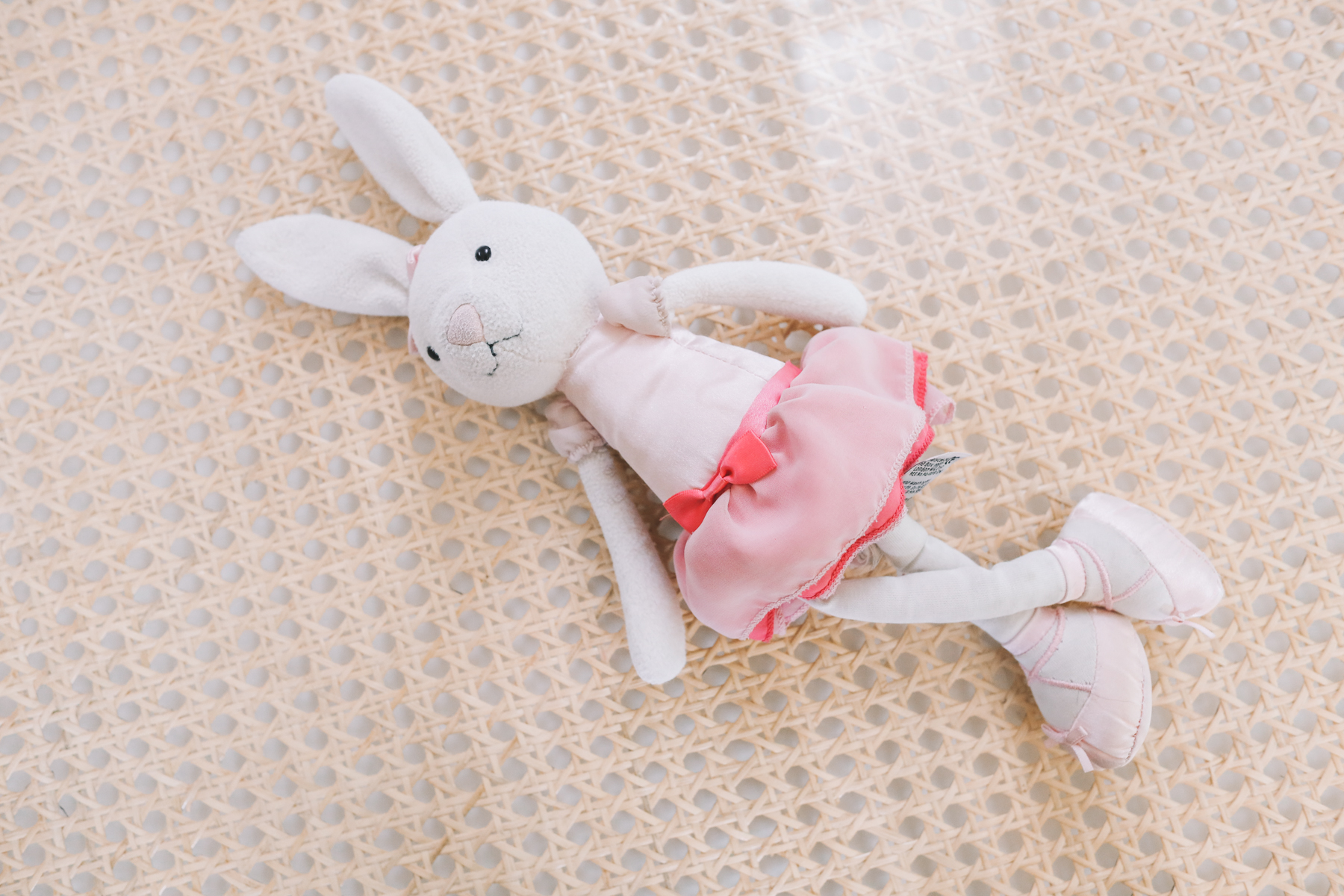 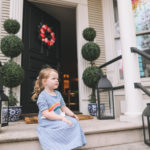