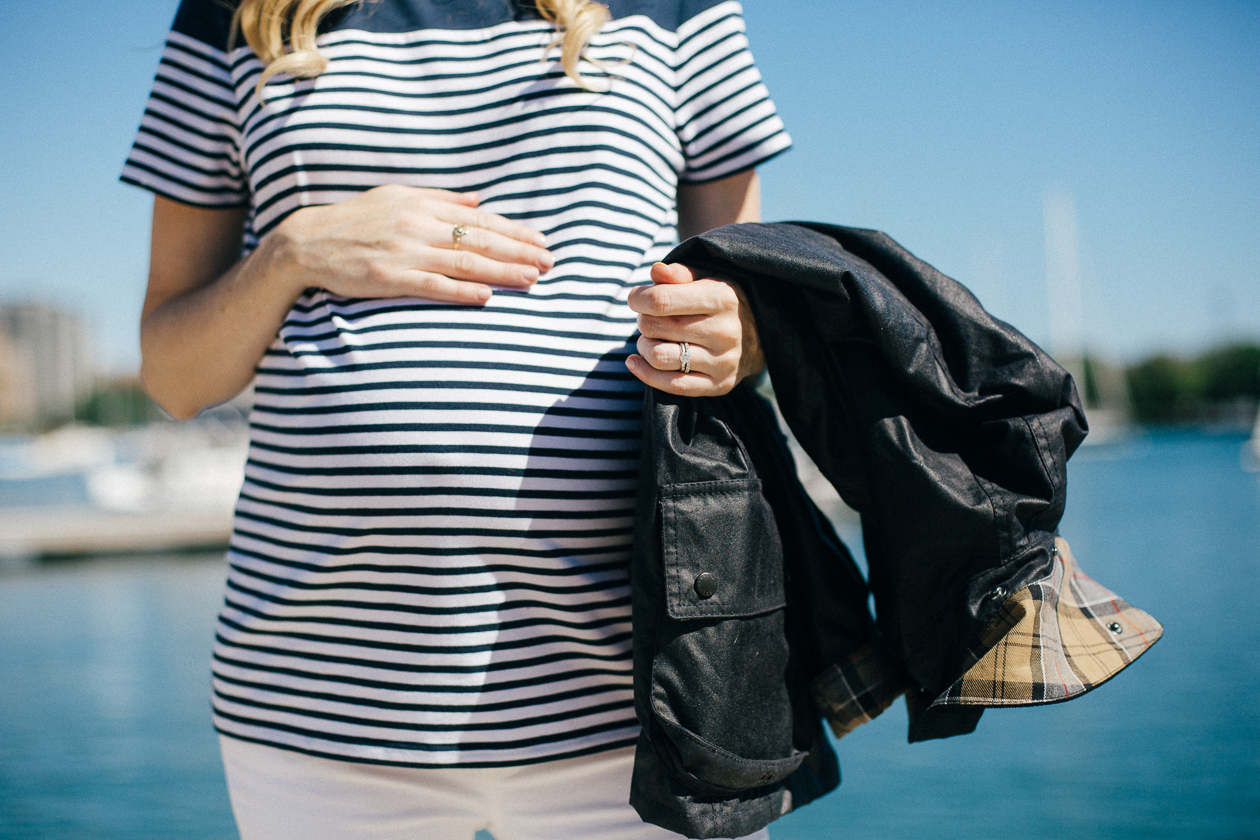 Original post here. Have you entered the Barbour Giveaway? It ends tomorrow!

Over the last four months, I’ve learned that blogging with a baby is not impossible. But it is difficult. For me, at least. Before Emma, I thought that maintaining this site as a mom would be a cinch. What’s the big deal, right? Wake up a little earlier and blog. Blog during naps. Blog after bedtime. Multitask! (Baby on lap; laptop off to the side.) But as it turns out, it’s not quite as simple as that.

I could write five pages on why it’s not that simple and what does–and doesn’t–work for me, but that’s a post for another time. (Would you be interested?) The real point here is to actually start exploring those motherhood topics I’ve been trying to dive into. (I apologize for just getting around to it now!) I’ve started writing the posts so many times, but then–well, you know: life. But it’s 5 p.m. on a Thursday, Emma is taking her late afternoon nap, I’m showered, the house is clean, and I’m sitting at my kitchen table with a big cup of coffee, my laptop and my notes. Can I tell you how awesomely put-together I feel right now?! ;) There’s a first time for everything…

Anyway, if you’ve been following along with this blog for a while, you may have read my first trimester recap, second trimester recap and third trimester (emotions-only) recap, posted two days before my due date. And, finally, here’s the physical side of the third trimester! (I’m writing it from my notes, so it’s in the present tense.)

I pee myself all the time.

I know. It sounds hilarious, but it’s not so funny when you’re out and about in the city and all of a sudden, you’re a three-year-old with potty training issues. Apparently, the baby starts to move “into position” in the third trimester and can put a lot of pressure on the bladder. But it’s the pits. Each and every sneeze guarantees an accident, too, so I’ve been taking baby-safe allergy medicine to keep that under control. Even with the medicine, though, I don’t leave the house without maxi pads and two pairs of spare underwear.

As I don’t have control over my bladder, I sometimes think accidents are my water breaking, which has been a bit nerve-wracking. I’ve also been experiencing fake labor pains. They’re called Braxton Hicks, and for me, they haven’t been a picnic. They’ve only happened twice so far, but they were relatively intense–so much so that I couldn’t talk through them. Both times they went away within an hour or two, so we didn’t end up going into the hospital. But everything I’ve read says they’re not supposed to be that painful! Am I a total wimp? My doctor says maybe, but it’s also possible to get very painful ones.

I have shooting pains in my legs.

It might be Sciatica, but who knows. It doesn’t happen that often, though. (Maybe a few times per week?) The best remedy I’ve found is taking weight off whatever leg is hurting. It’s definitely manageable for me, but I have a few friends who’ve had rougher experiences with it.

Sleeping is getting harder.

I’m uncomfortable. I alluded to this in the “Emotions” post, but everything hurts. My lower back is killing me, and when I try to sleep on my side, one of my lungs hurt. (So weird that I can identify pain within specific organs!) While a body pillow helps, I’m lucky if I get five hours of shuteye. I also have a very hard time rolling over or getting out of bed, as it hurts my stomach. Similarly, sitting or standing in a single position for extended periods of time is tough. Long car rides and flights are particularly hard!

Even walking up and down the stairs is getting to be extremely difficult. Mitch and I are big walkers, so we try really hard to get out every night (when it’s cooler) and walk around our neighborhood. But even when we’re walking ridiculously slow, I feel like we’re sprinting! On a two-mile walk, we usually have to take three or four breaks, and I often feel like I’m not getting enough air. (Doctor says this is because everything’s so squished in there, including my lungs.) On a similar note, I’m exhausted and sleepy all the time, probably because of the extra weight and lack of sleep. While I’m having a hard time sleeping at night, daytime naps–even if they’re only 15 or 20 minutes–are extremely helpful.

WHOA. This is very, very weird for me, as I have Raynaud’s and am always cold. (I’m that girl who brings along a sweater in the middle of July.) But woo-ee. Mitch gets overheated pretty easily, and I now have a ton of empathy for him! Getting overheated or dehydrated is not only uncomfortable, it’s also dangerous for the baby and me… so we’re being smart about it. When it’s super hot, we choose to stay indoors, and we are quick to turn on the air conditioning. Because I’ve experienced heat exhaustion a couple of times (once at a street fair and once at a wedding), I now make sure to bring a Gatorade with me wherever I go, too!

This has been happening for a while, but now I get a few every day. My doctor says it’s because my blood supply has increased and there’s more pressure being put on my vessels as a result. They should stop once I have the baby, which will be nice!

I have chest pain.

At first, I was convinced that something was very, very wrong because of this. But my doctor says my organs are simply squished, on account of the baby getting bigger. That squishiness factor really accounts for so many of these symptoms, huh? So interesting!

My chest is STILL growing.

I have an even larger chest. I mentioned my growing chest in my posts about my first and second trimesters, but holy moly. It’s truly insane that I’ve gone from a size A to a size C. (Or maybe a D?! Kind of not fitting into those bras anymore.) Not going to lie: kind of love this part of pregnancy. ;)

I have a weird-looking belly button.

I haven’t seen the Linea Nigra yet, and my doctor says I might not see it at all because I’m so fair. But my belly button looks very strange. My sister-in-law, Sarah, simply says I’m getting stretch marks around it. While I’ve been moisturizing like crazy, it seems like this is something I might not be able to avoid. Oh, well! Good thing one-piece bathing suits are in style right now. :)

I’m SO HUNGRY. But here’s the thing: I can only eat small portions, as there physically isn’t a lot of space in there. It’s rough, haha. I’ll go from hungry to full to hungry again all within an hour! And what do I want to eat? Ice cream, ice cream and more ice cream. That’s really all I want these days. Maybe it’s because it’s July, and it’s been crazy hot? Or maybe because it’s a girl?! Either way, we’ve literally visited every ice cream place within walking distance of our home. So far, my favorites are Annette’s and Oberweis.

What I haven’t (YET) experienced:

Swelling of the feet, varicose veins, heartburn, constipation and hemorrhoids. (I know: I can’t believe I just brought up butts, either, haha. But it’s a very common pregnancy symptom!)

While this post definitely reads as one long complaint, I feel very lucky to have had an easy pregnancy thus far. Fingers crossed for an quick and easy delivery! But really: Can we get this show on the road?! ;)

And Then There Were Three

Why I Didn’t Announce My Pregnancy Until Month Six

Welcome to the World

What to Pack in Your Hospital Bag

View all posts in:
Baby, Family, Guides and Reviews, Health, Kelly in the City, Lifestyle
Share this post: 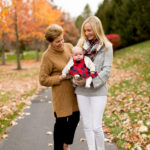