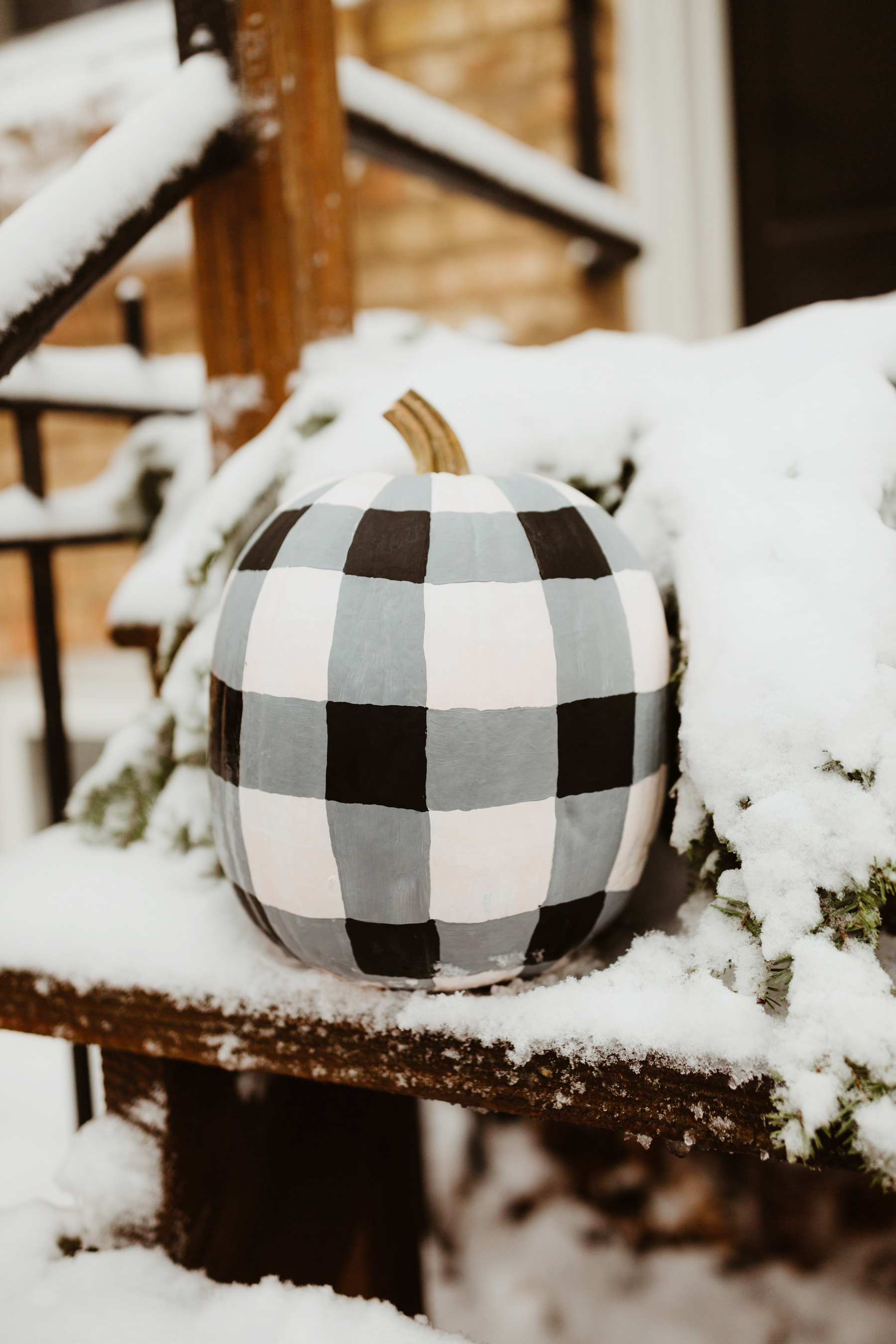 You might remember this little tutorial that Mitch and I put together on how to paint gingham pumpkins. :) So today, we’re showing you how to turn your leftover pumpkins into holiday decor. Listen: I’ve been confined to the house a lot lately. 😂 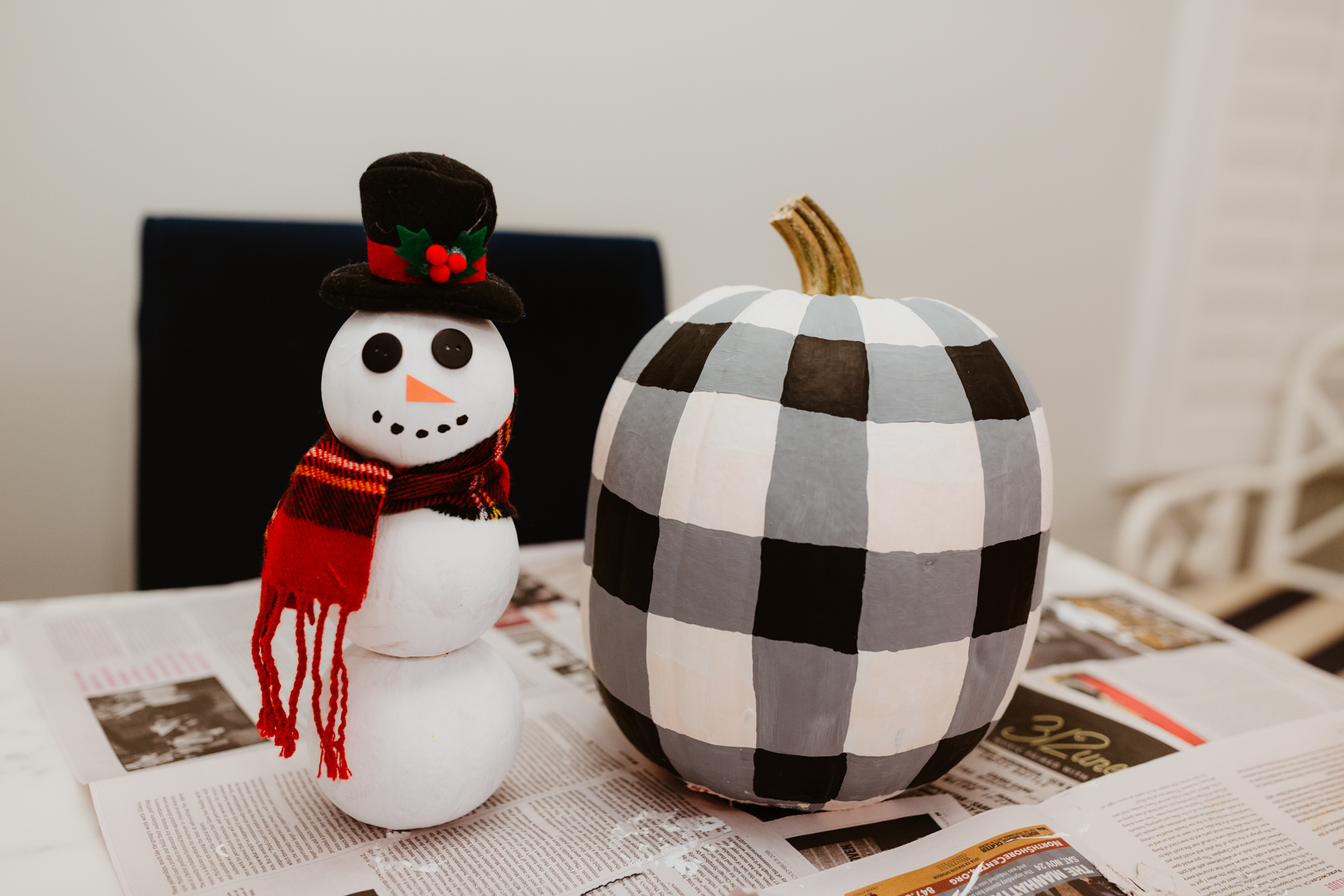 We’re actually going to be making a gingham pumpkin and a snowman pumpkin. Overachievers, I know! ;) 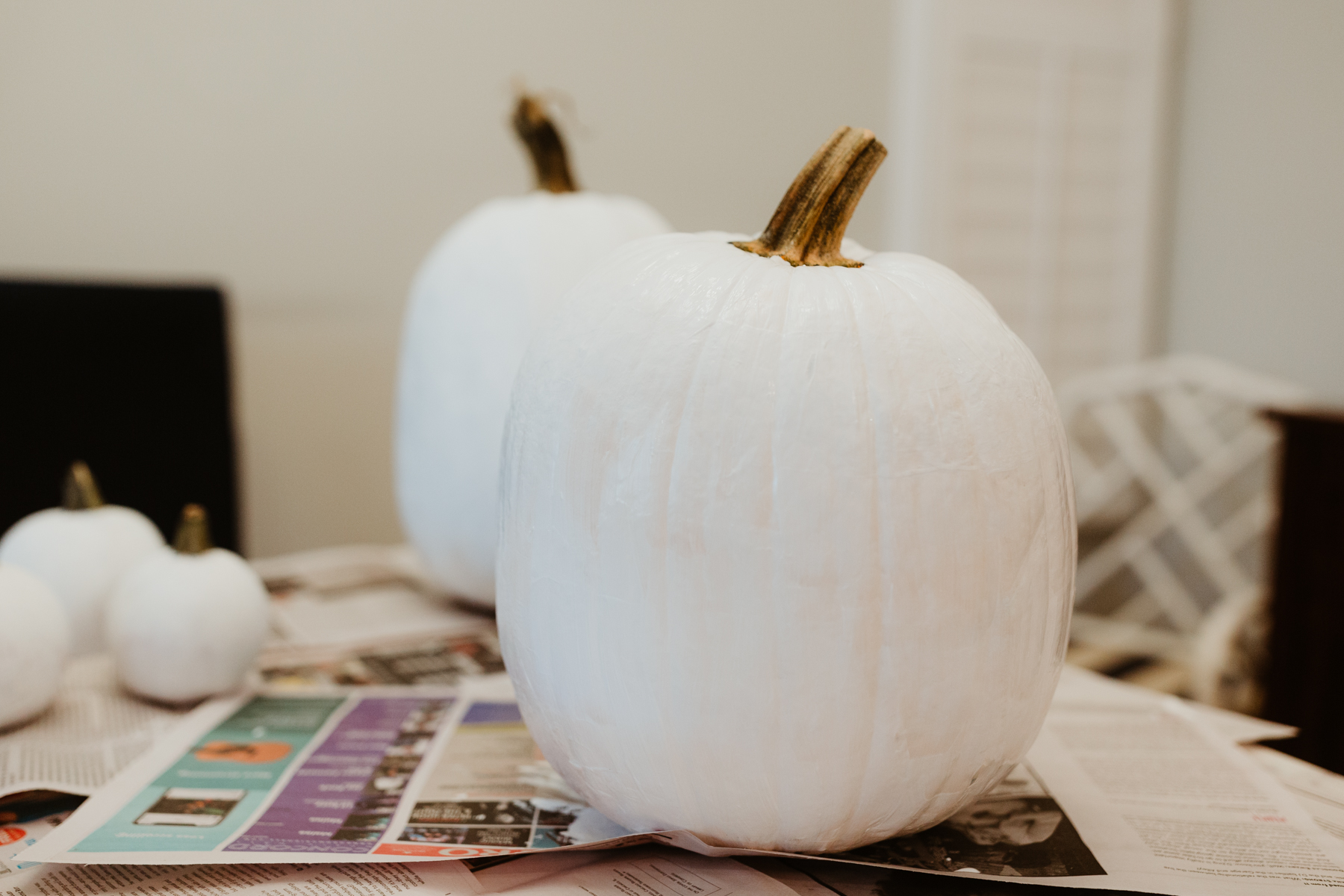 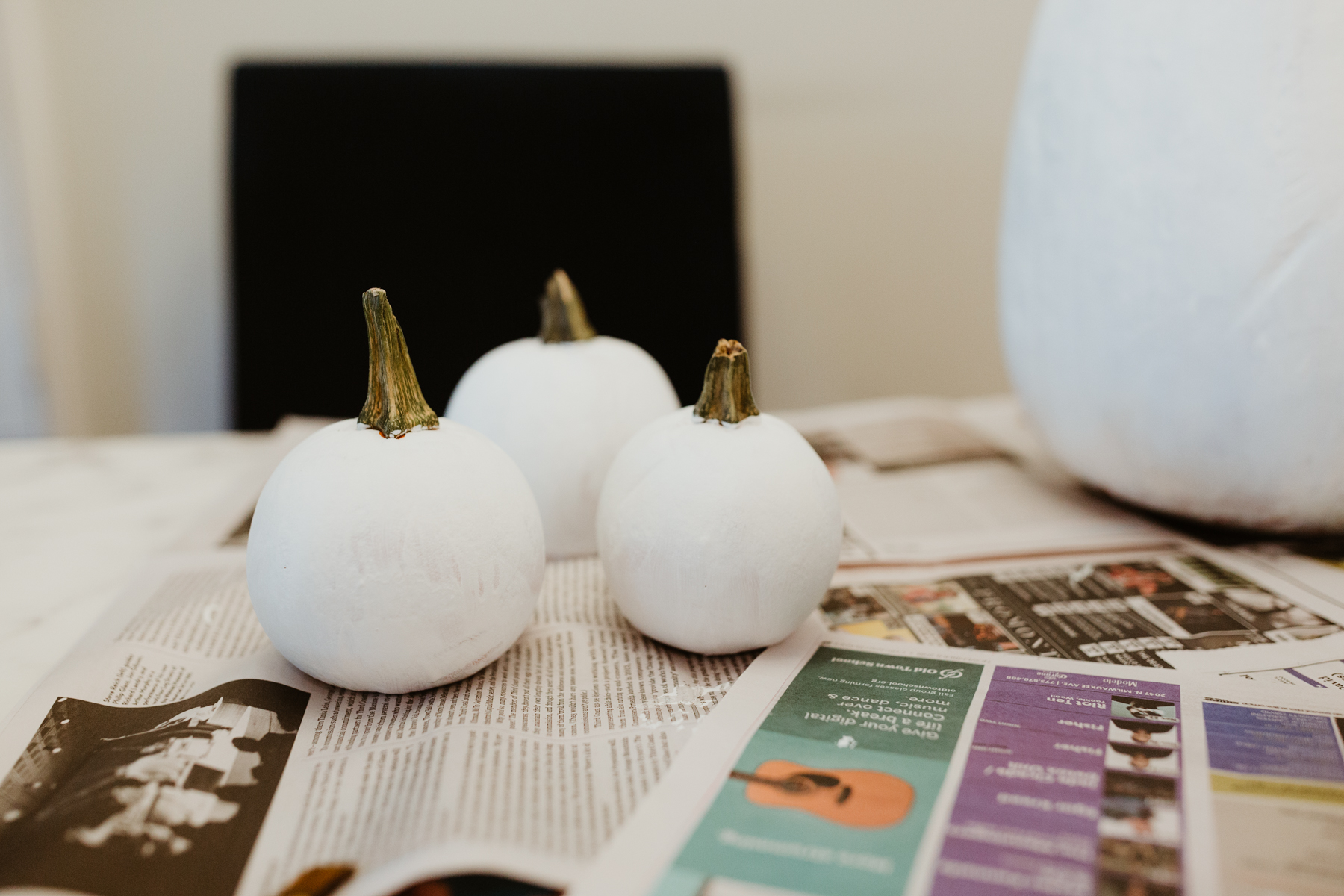 Snowman pumpkin: Do the same! 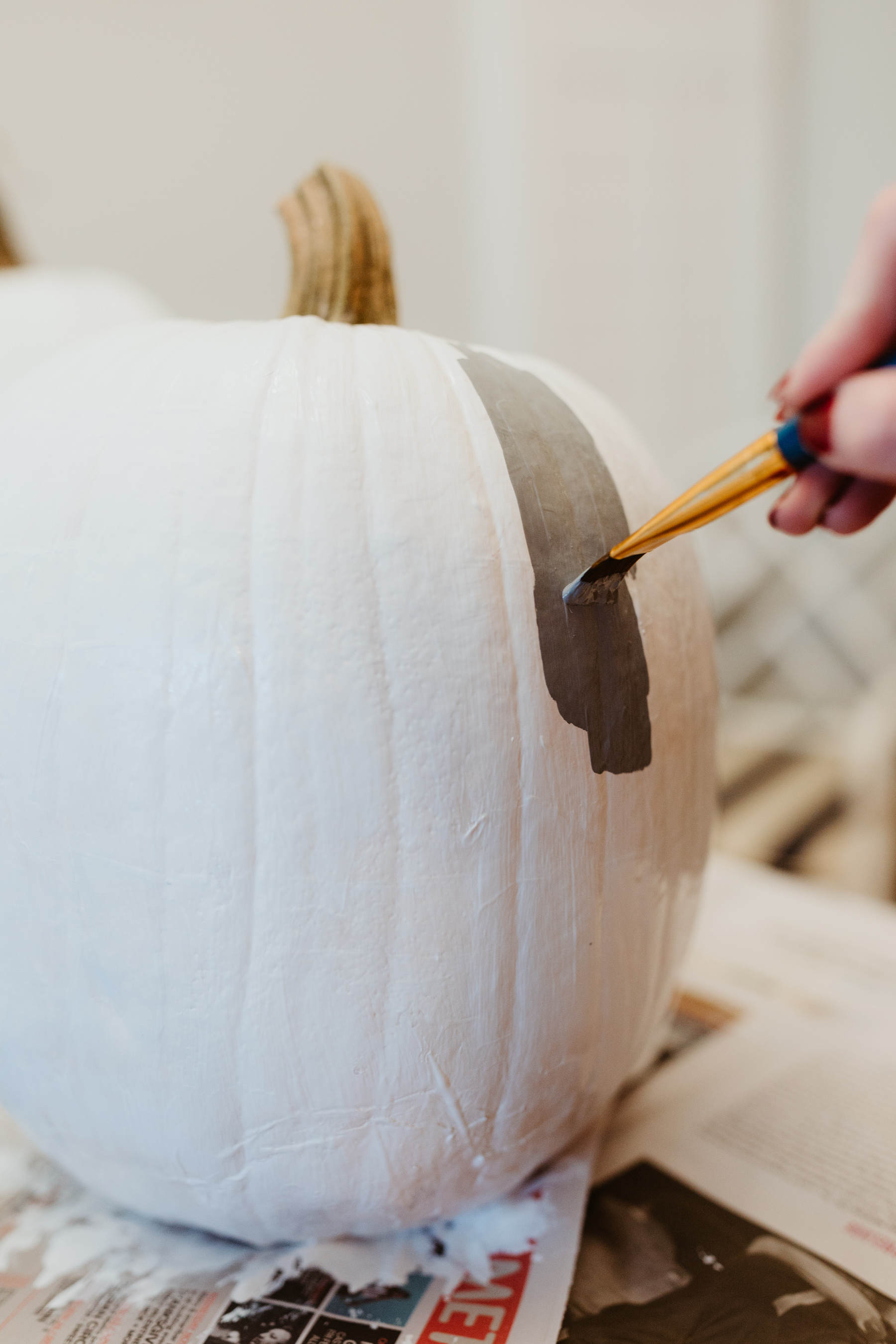 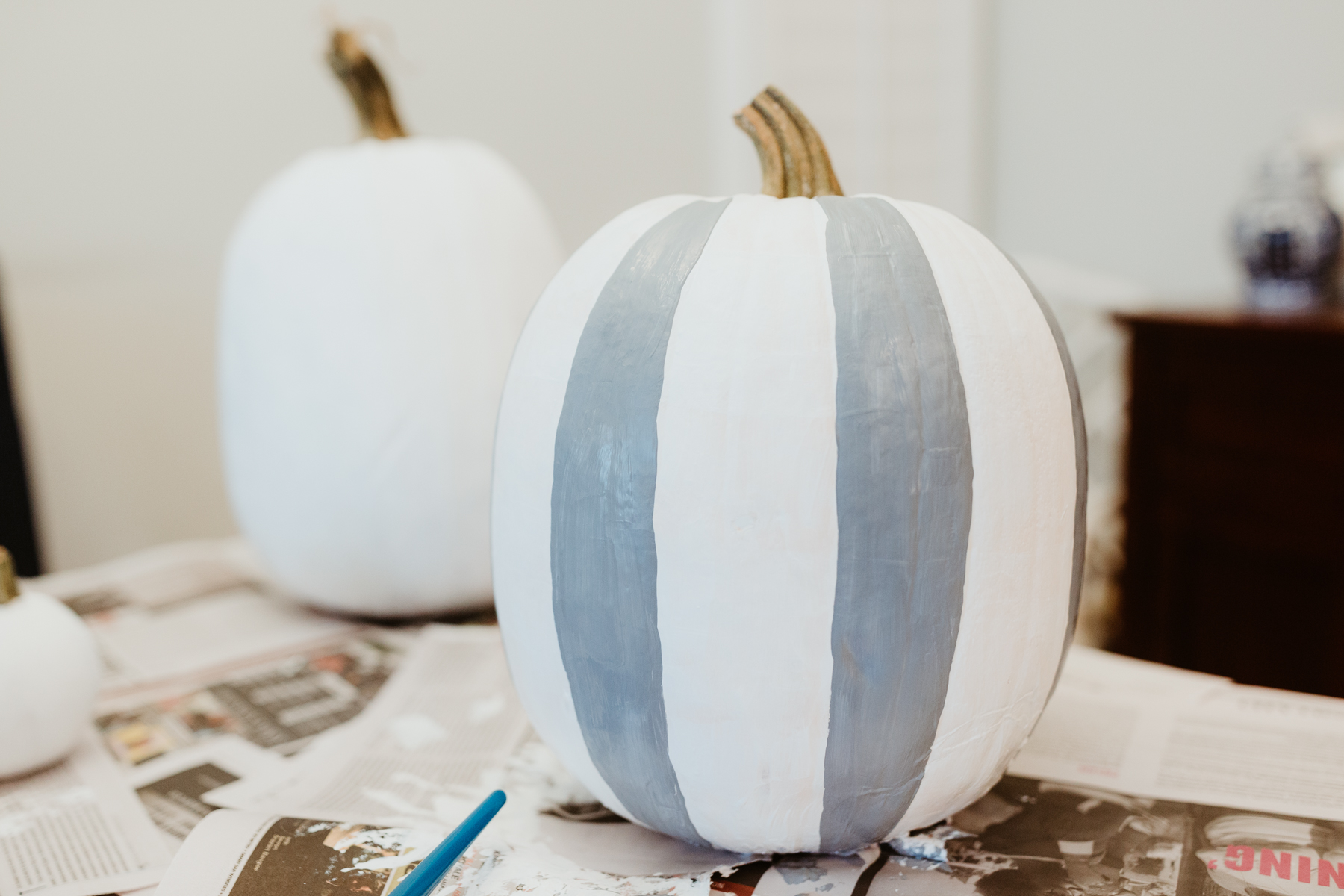 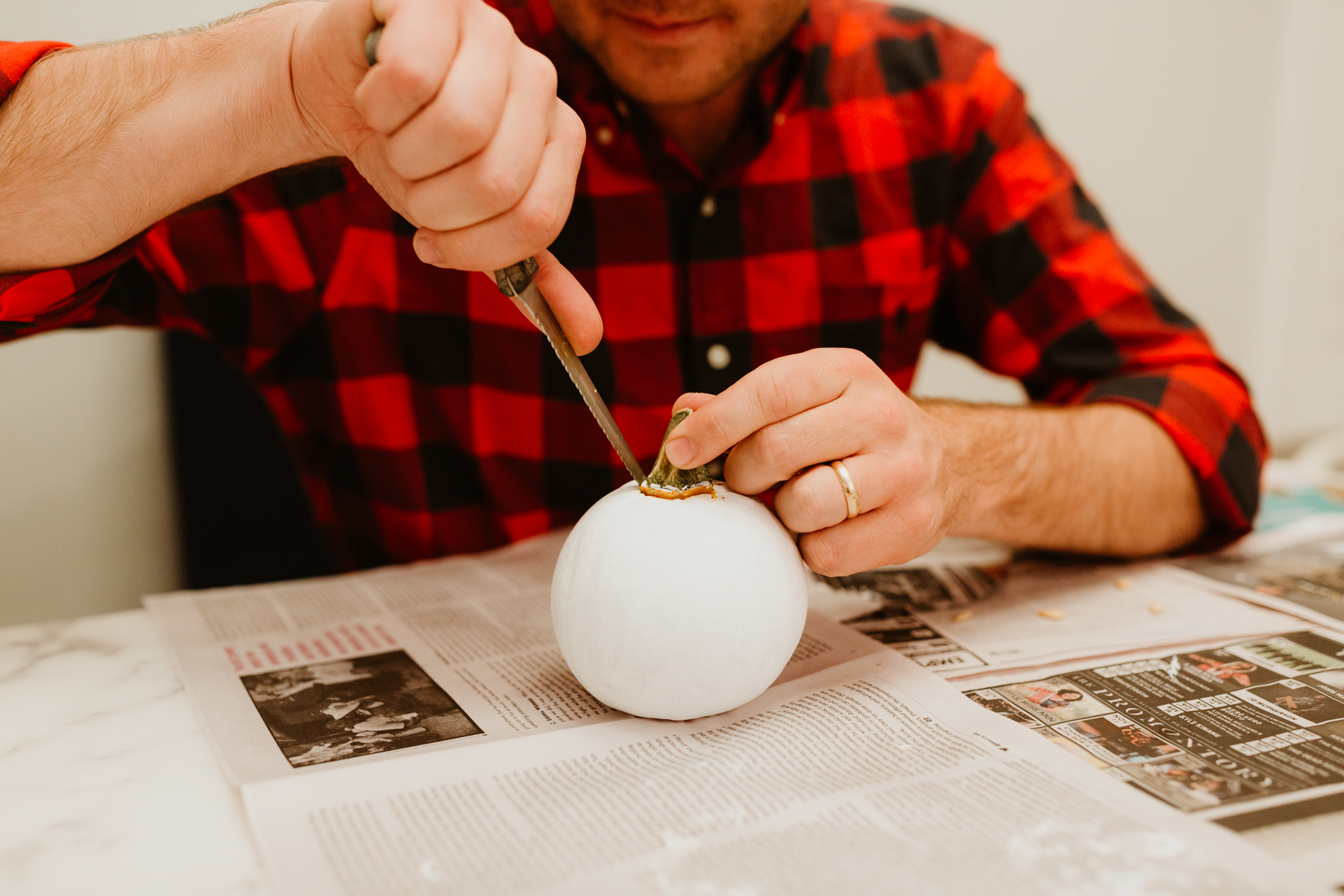 Buffalo plaid pumpkin: On a paper plate, mix the white and black paint to create your desired shade of gray. Then paint vertical stripes following the natural lines of the pumpkin. These lines aren’t spaced out perfectly, so don’t think of them as borders. Simply use them as guides!

Snowman pumpkin: Remove the stem from two of the bottom pumpkins, and cut a hole in the bottoms of the middle and top pumpkins. 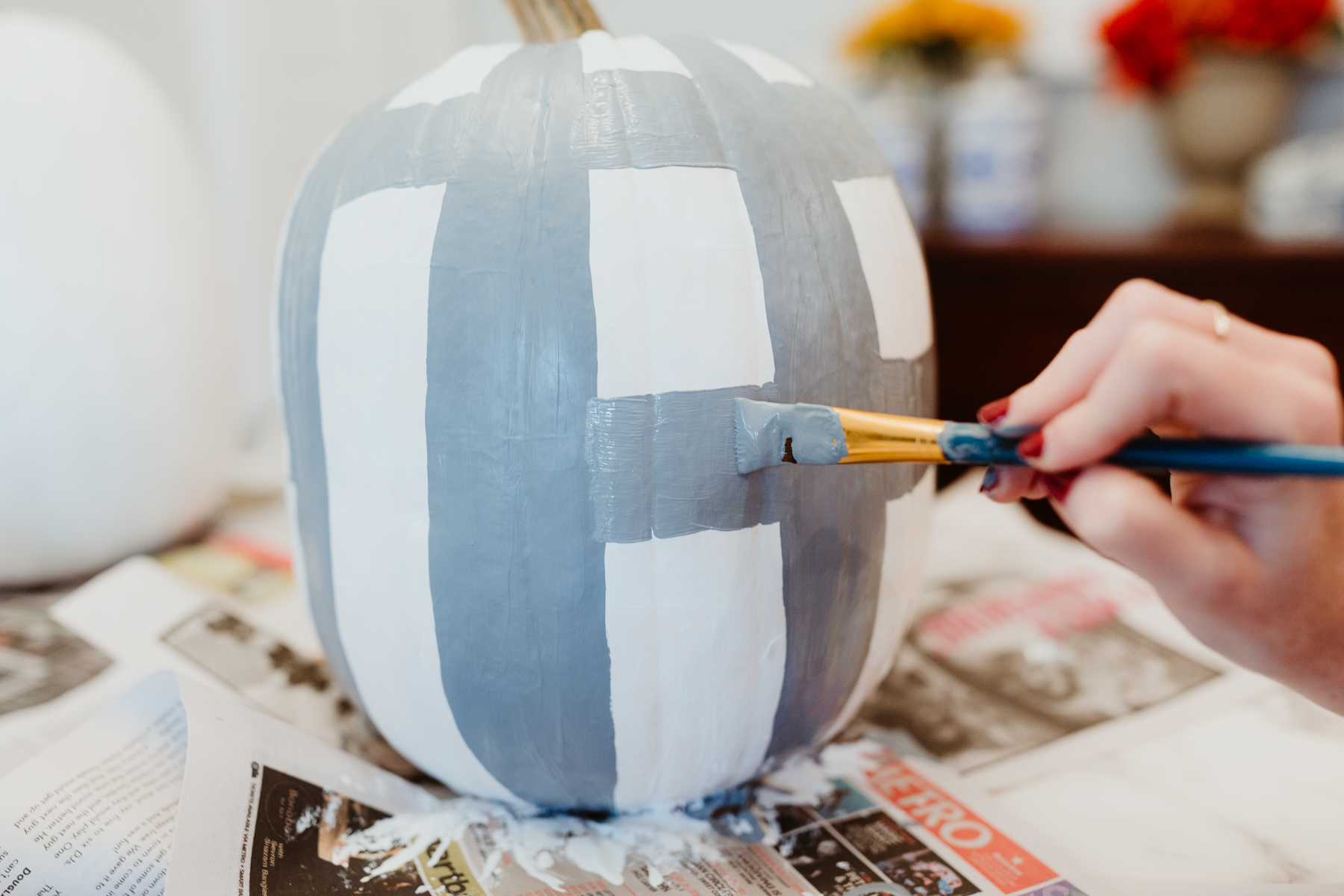 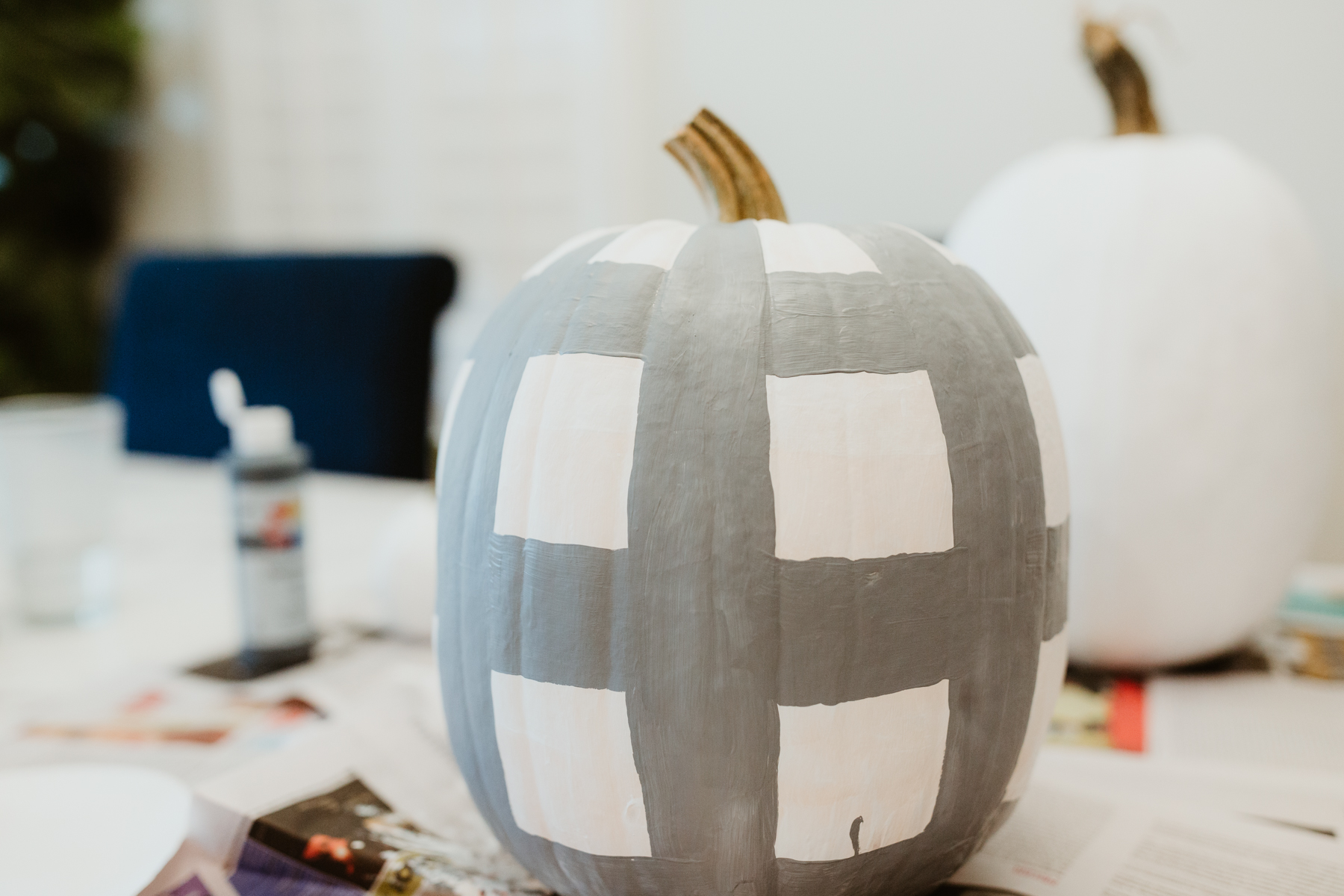 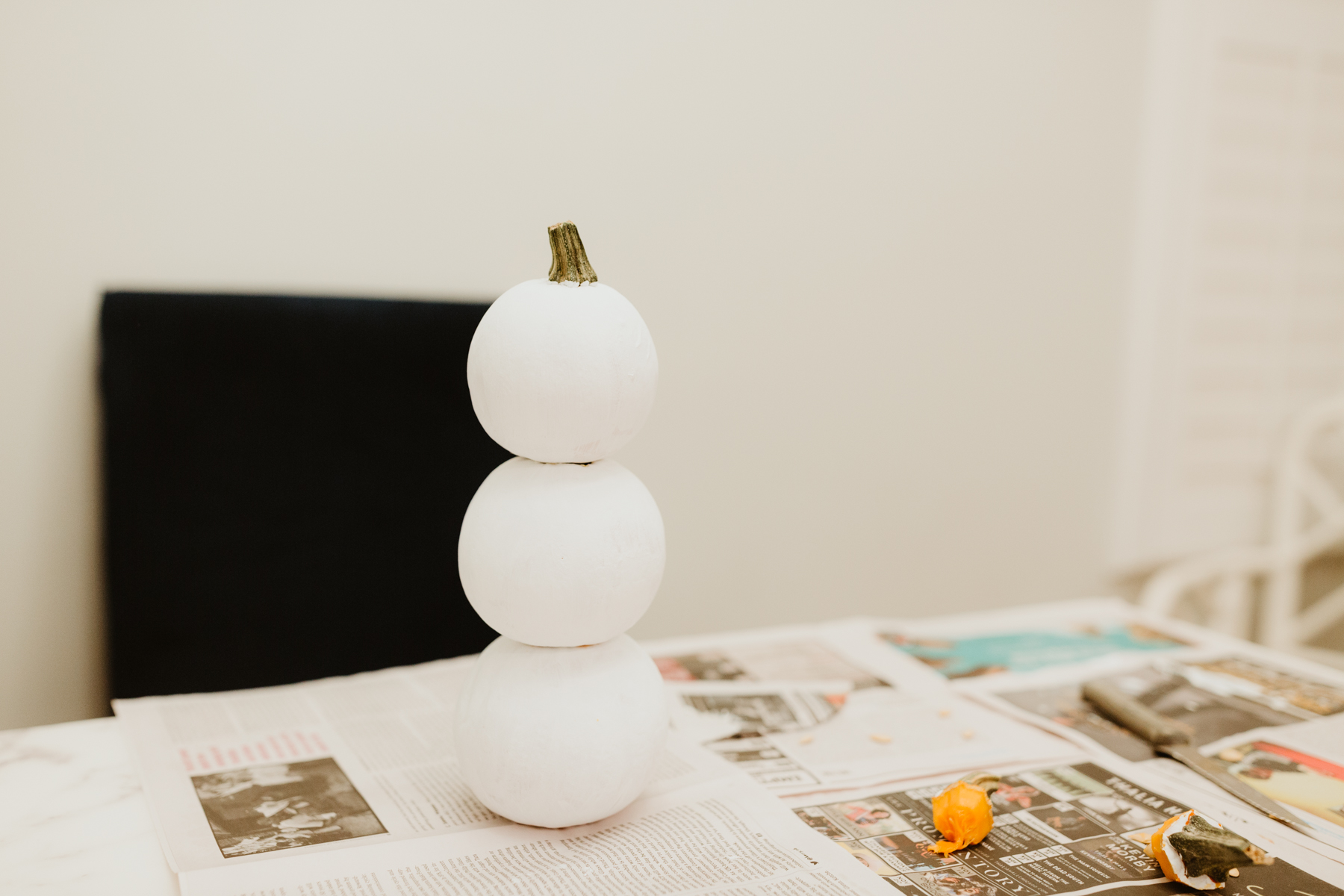 Buffalo plaid pumpkin: Paint horizontal stripes by filling in the gaps between the vertical lines. Some measurement may be required to keep the lines a consistent width.

Snowman pumpkin: Stack the pumpkins and glue them together. 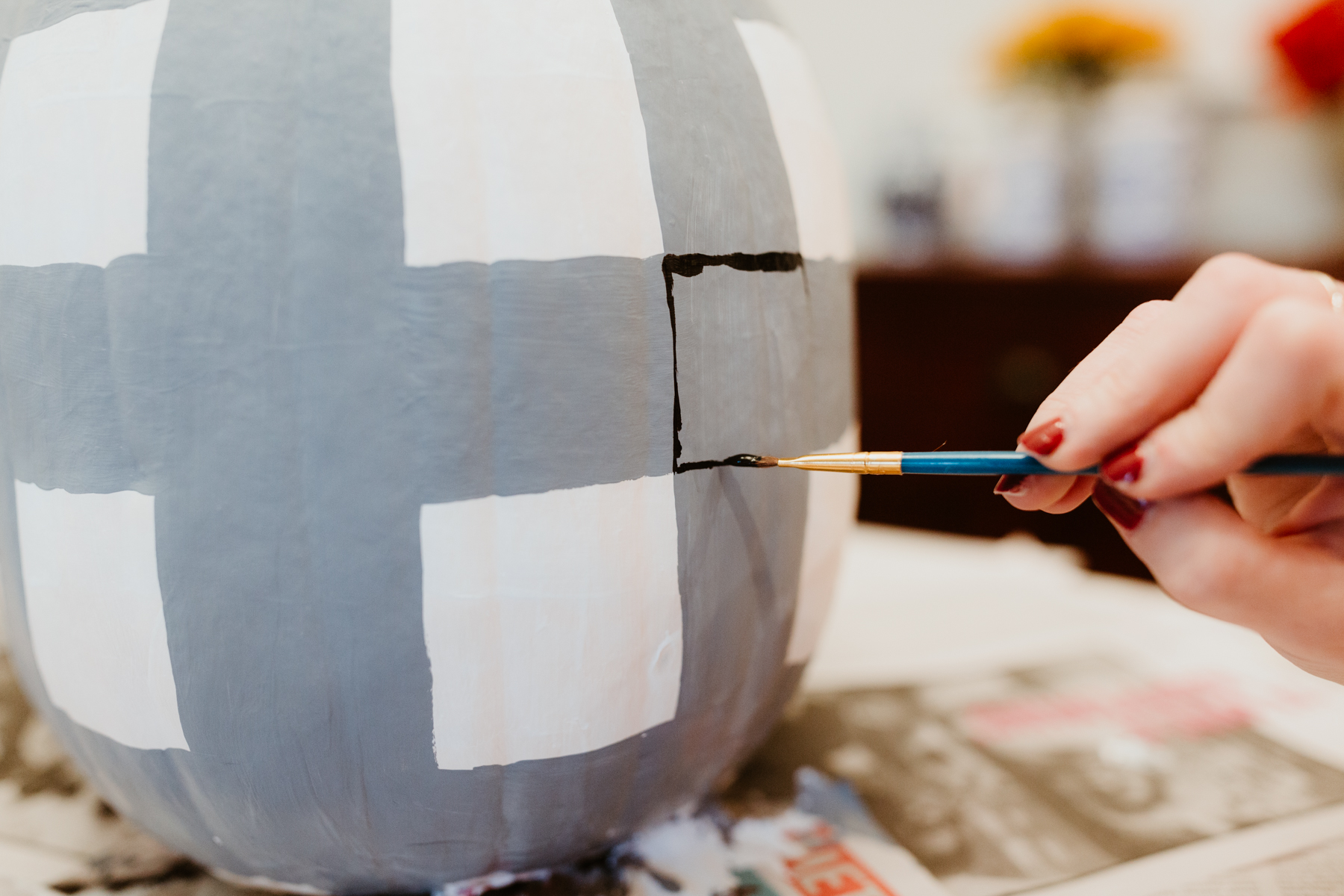 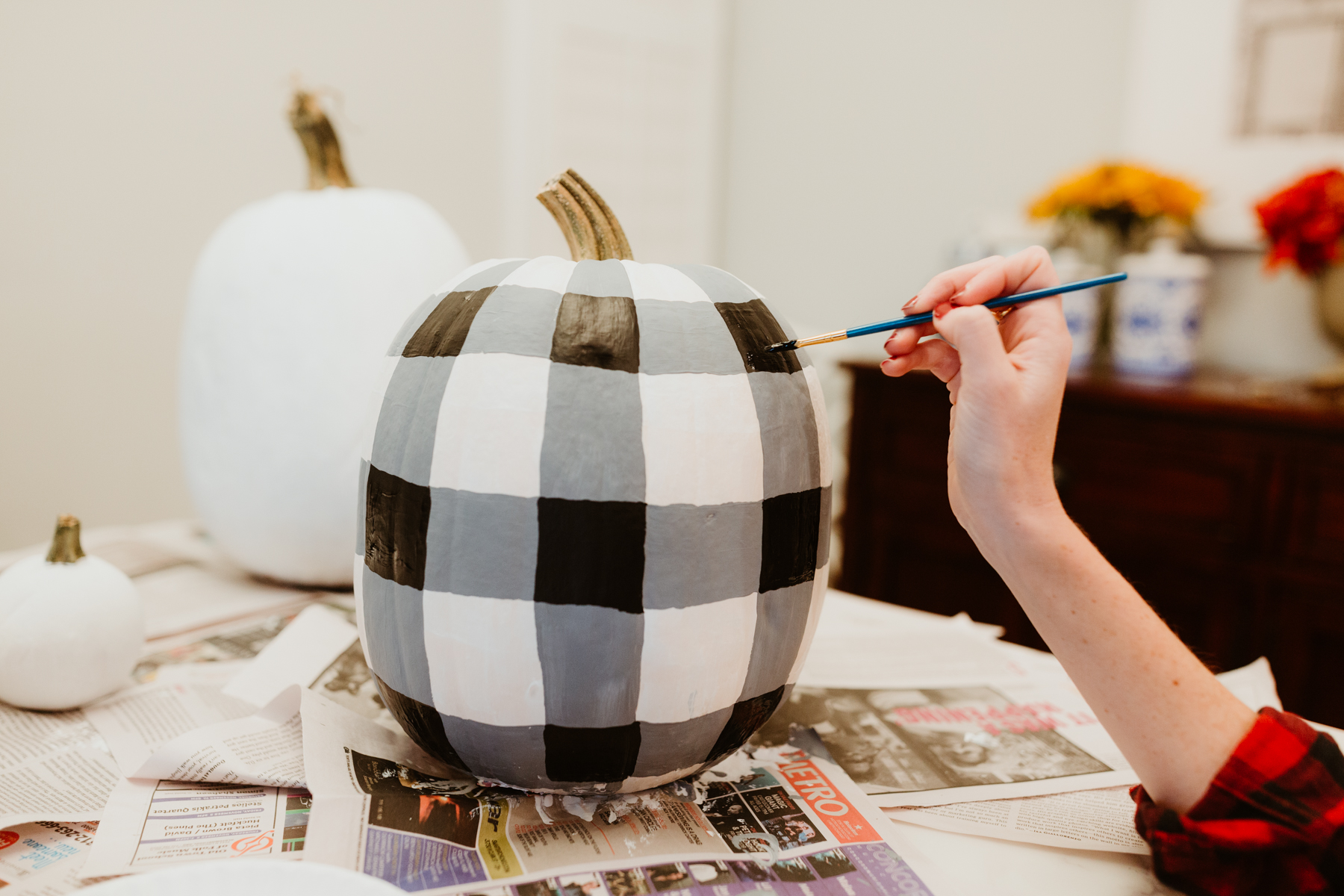 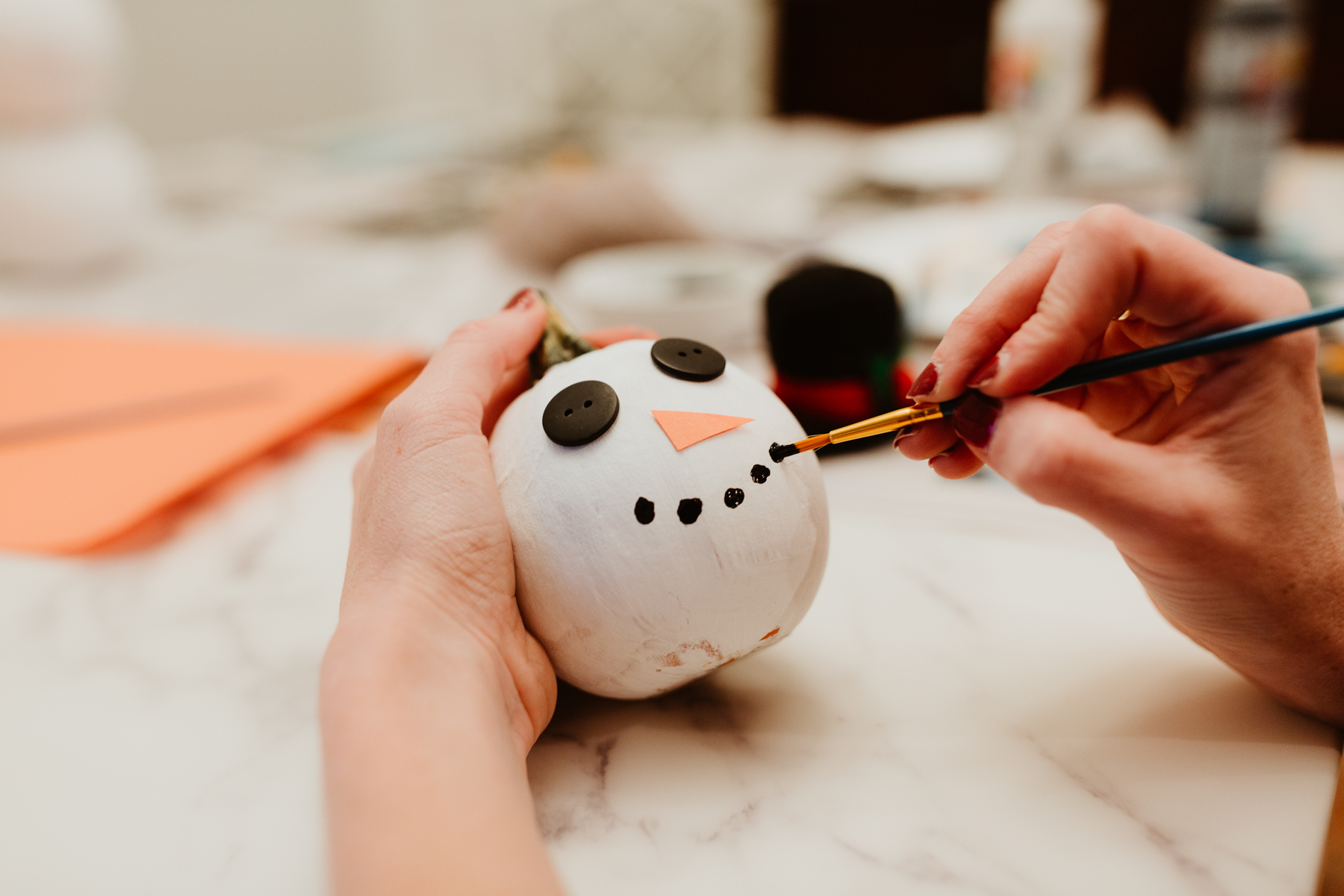 Buffalo plaid pumpkin: Darken the areas where the vertical and horizontal lines intersect.

Snowman pumpkin: Glue on the buttons, construction paper nose and hat. Tie scarf and paint the mouth! (I removed the head for this stage since it was a bit easier to paint this way, haha.) 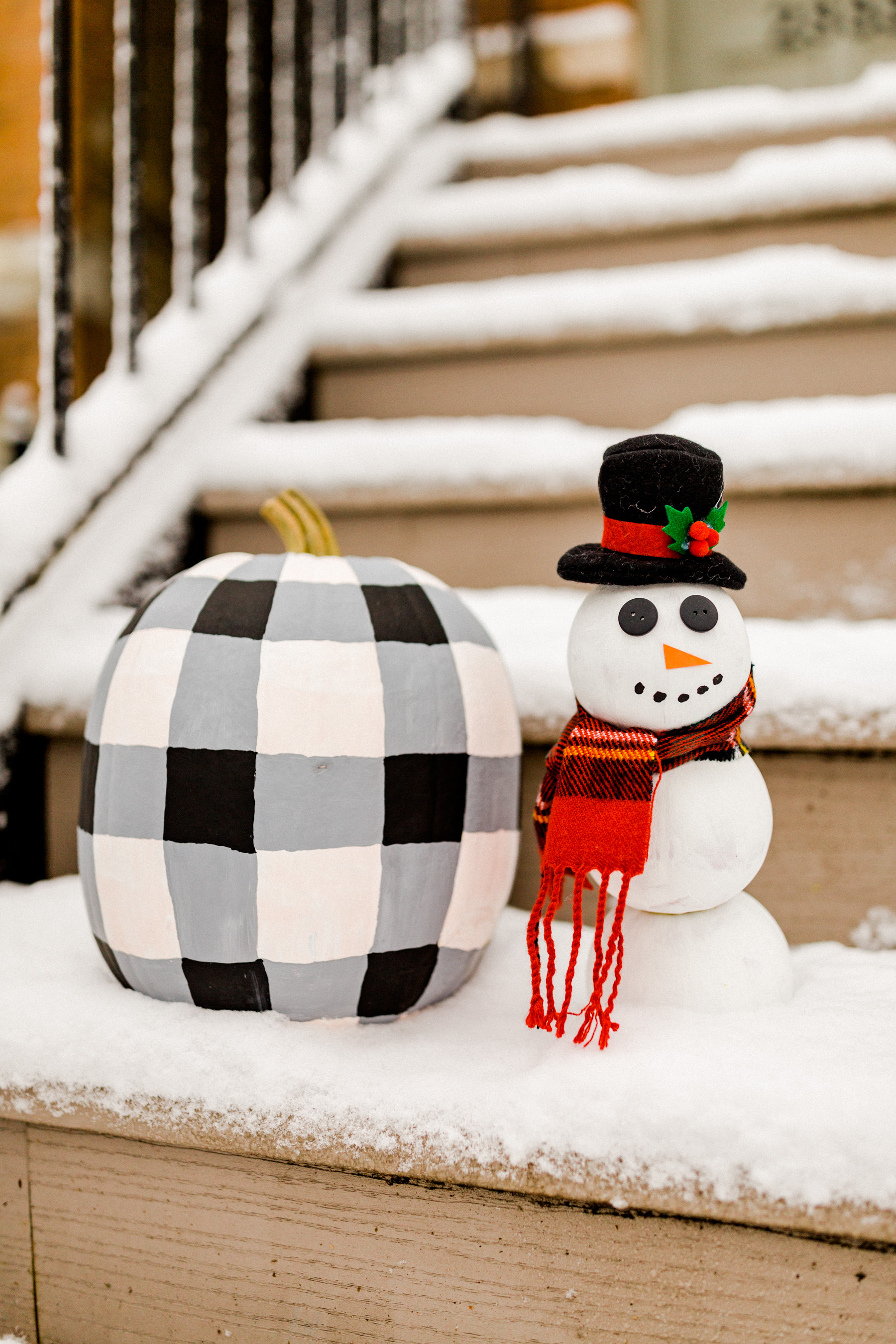 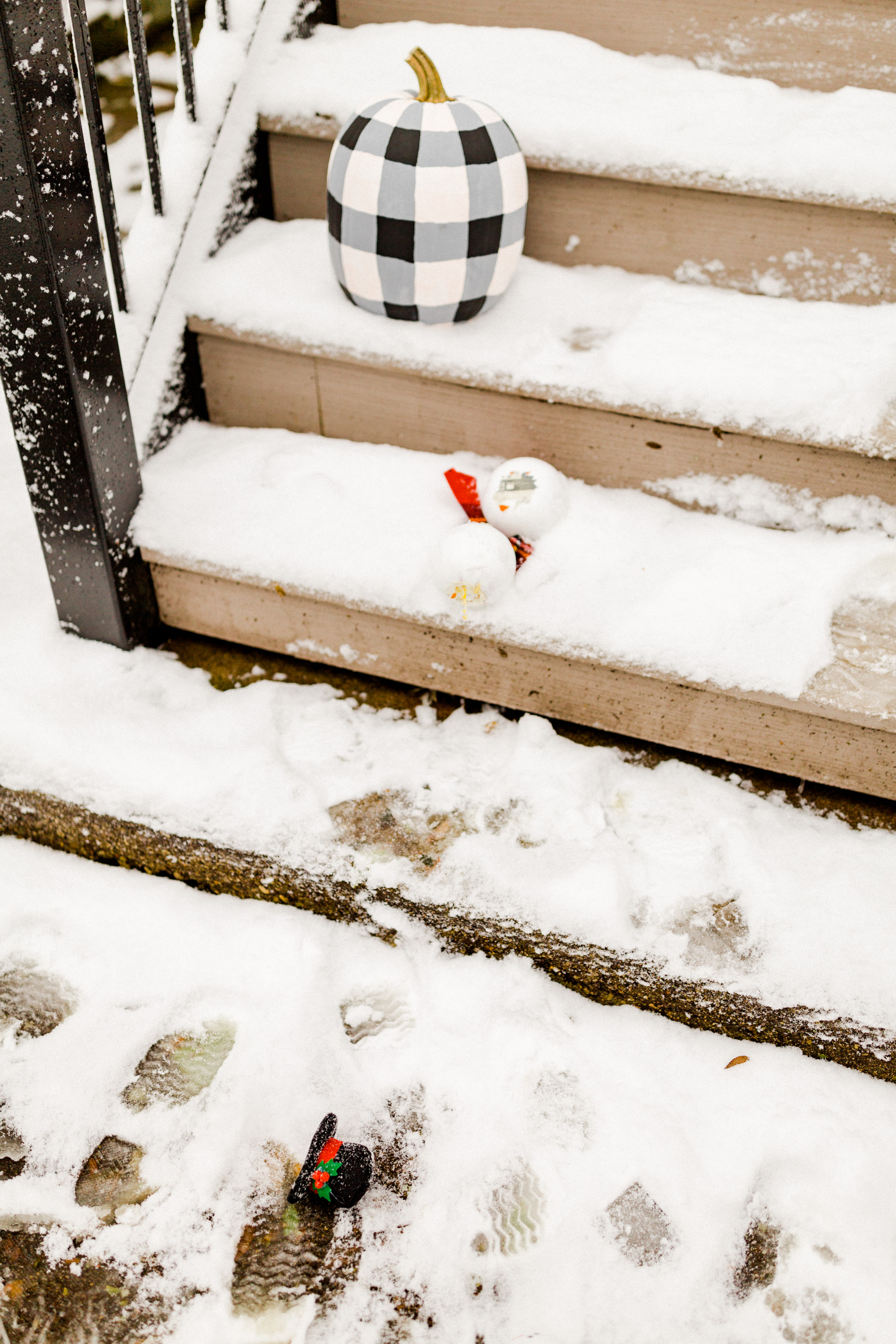 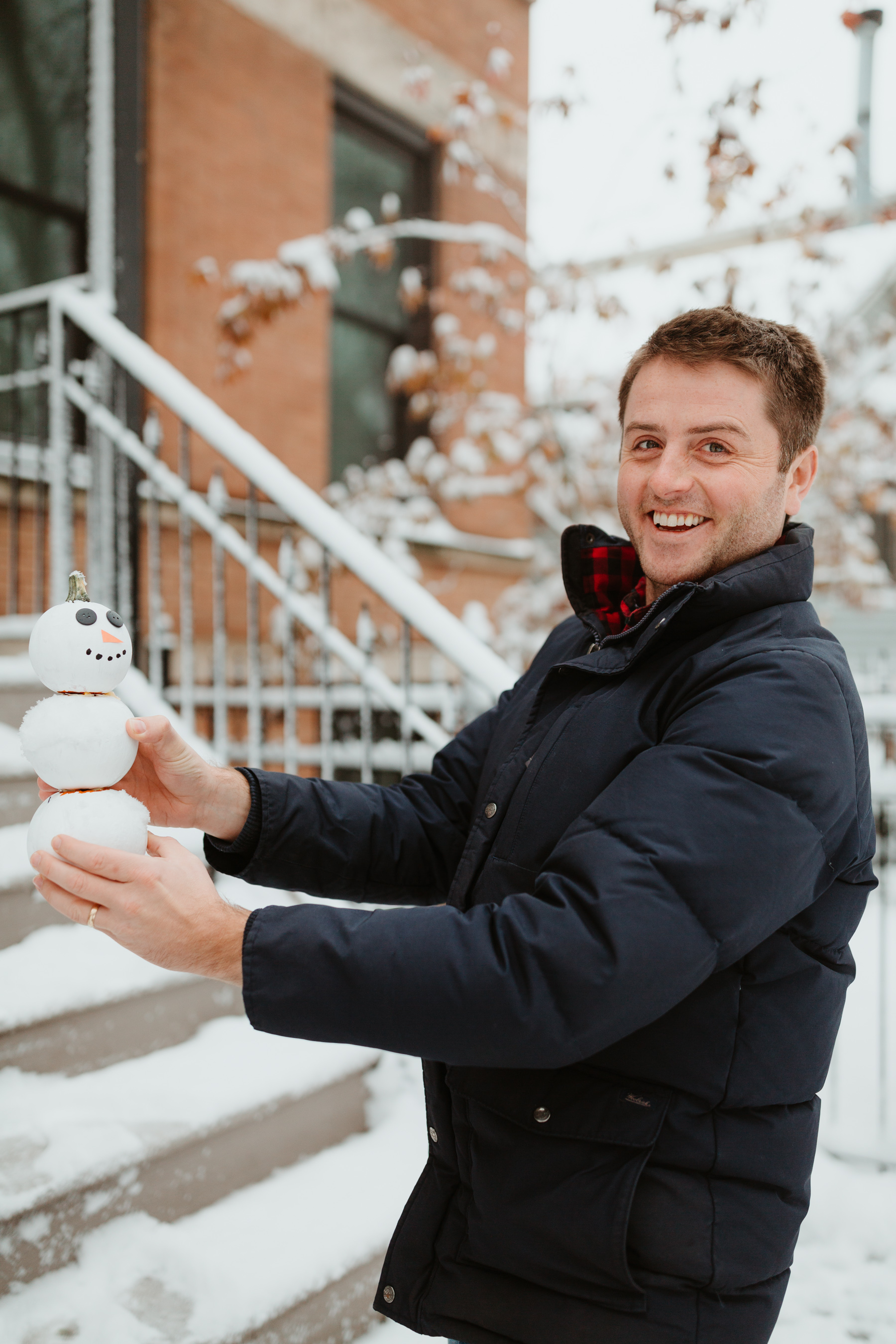 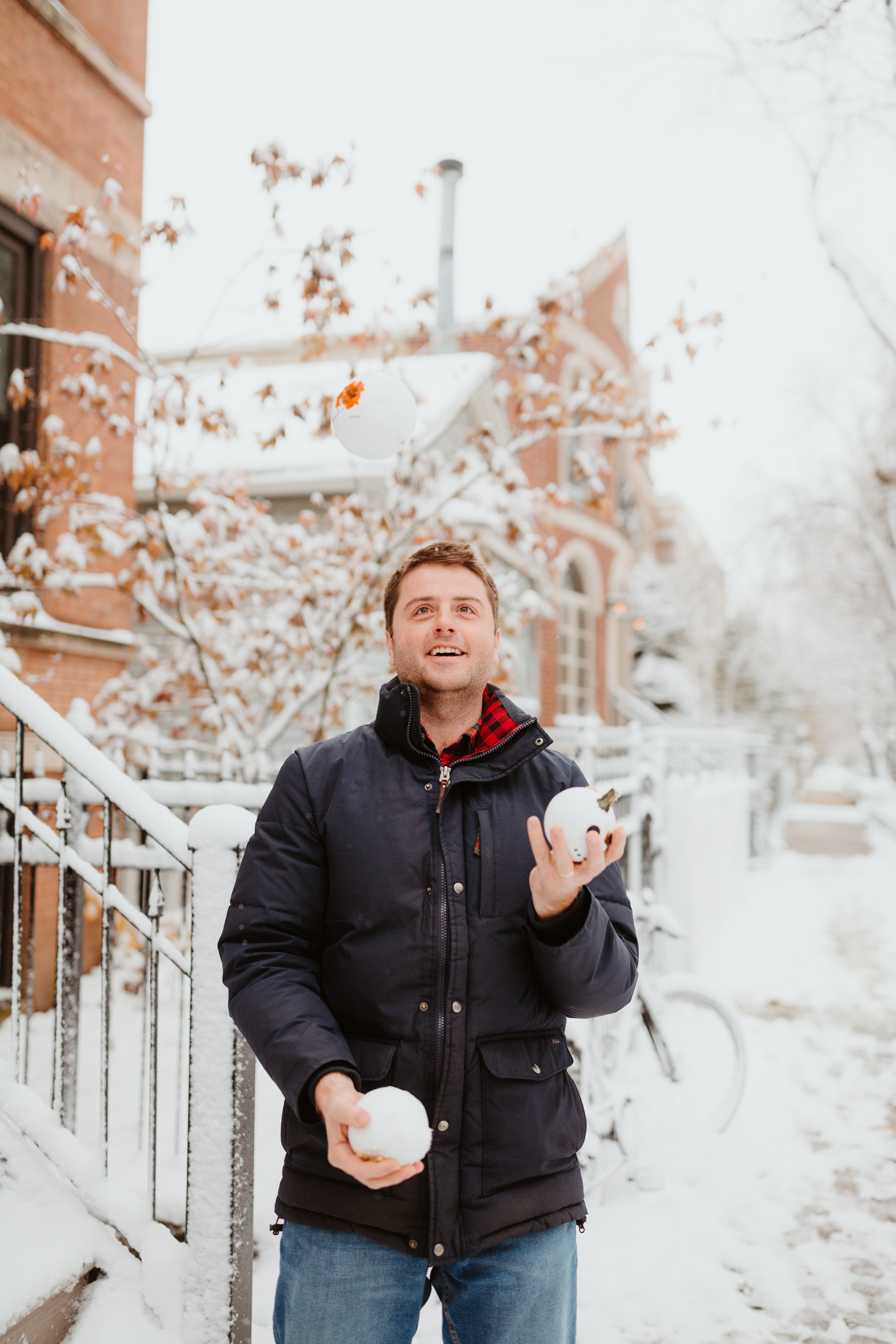 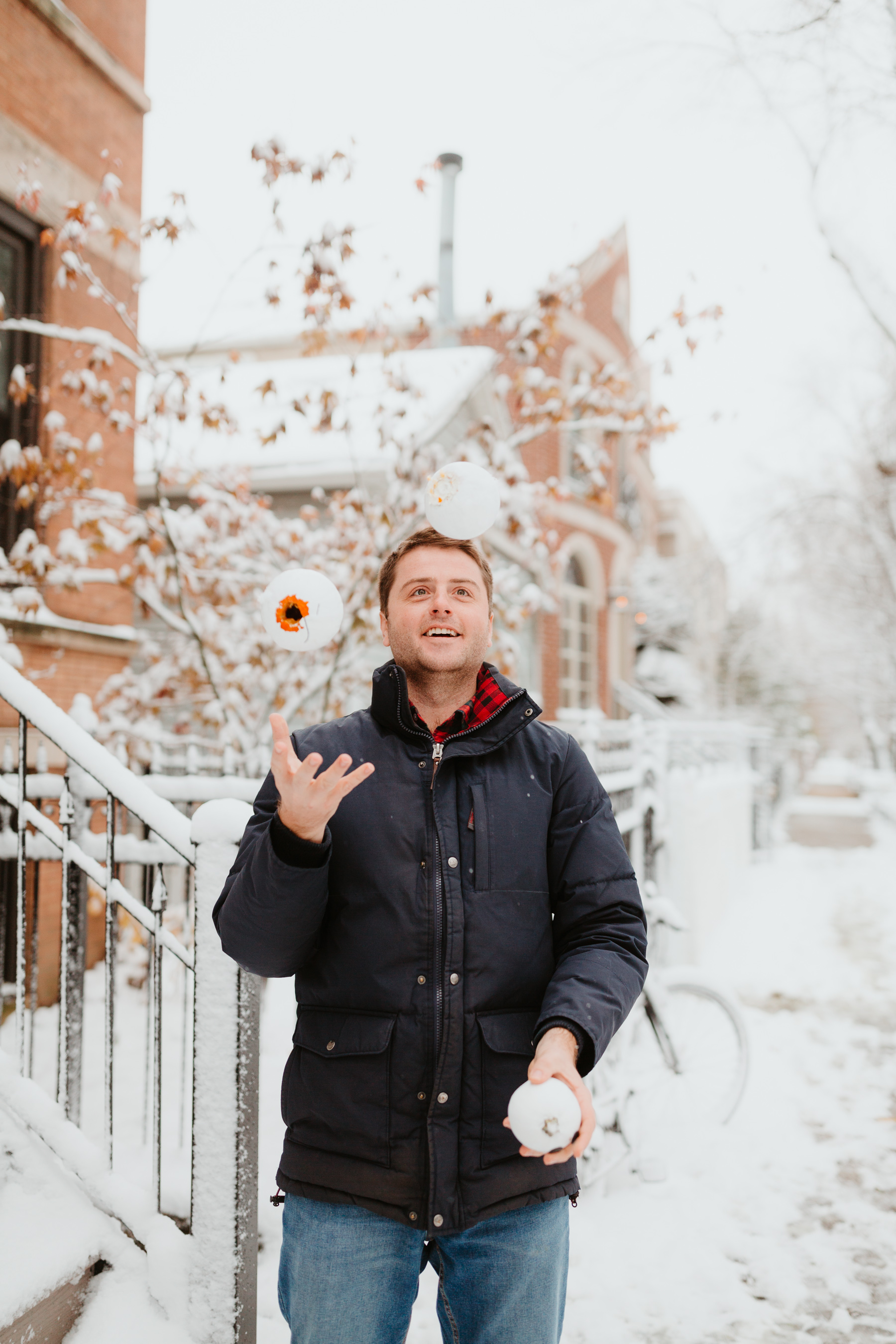 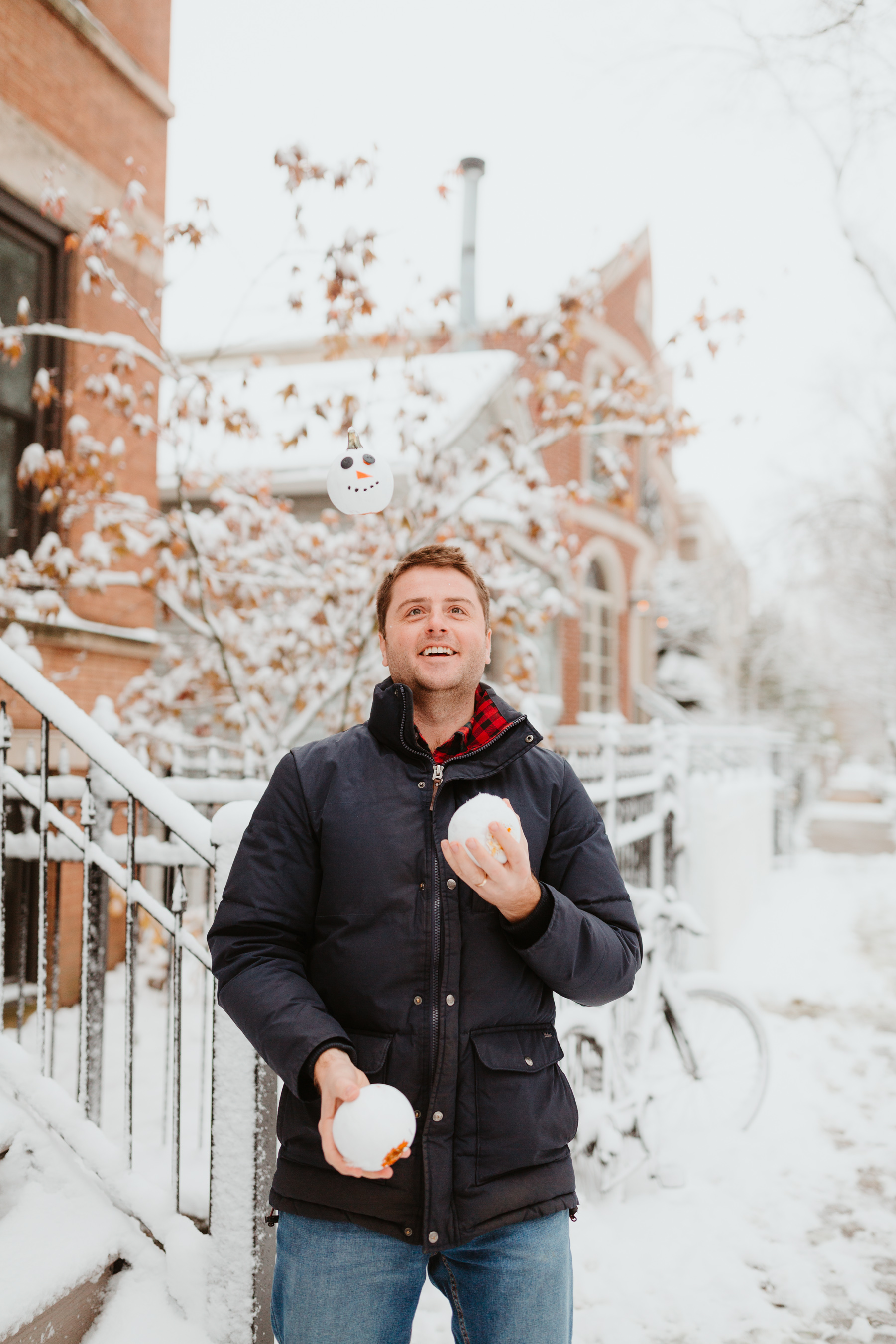 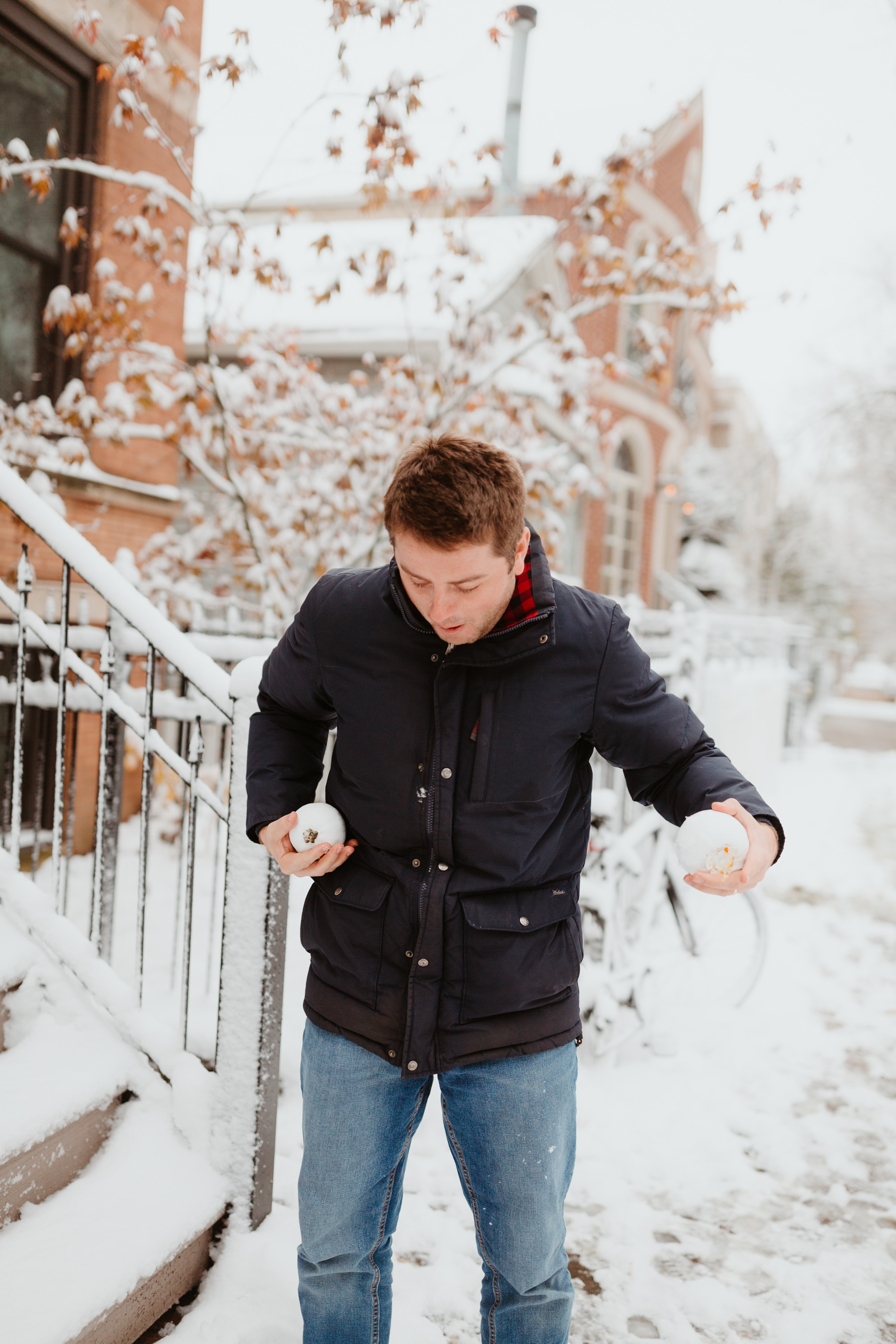 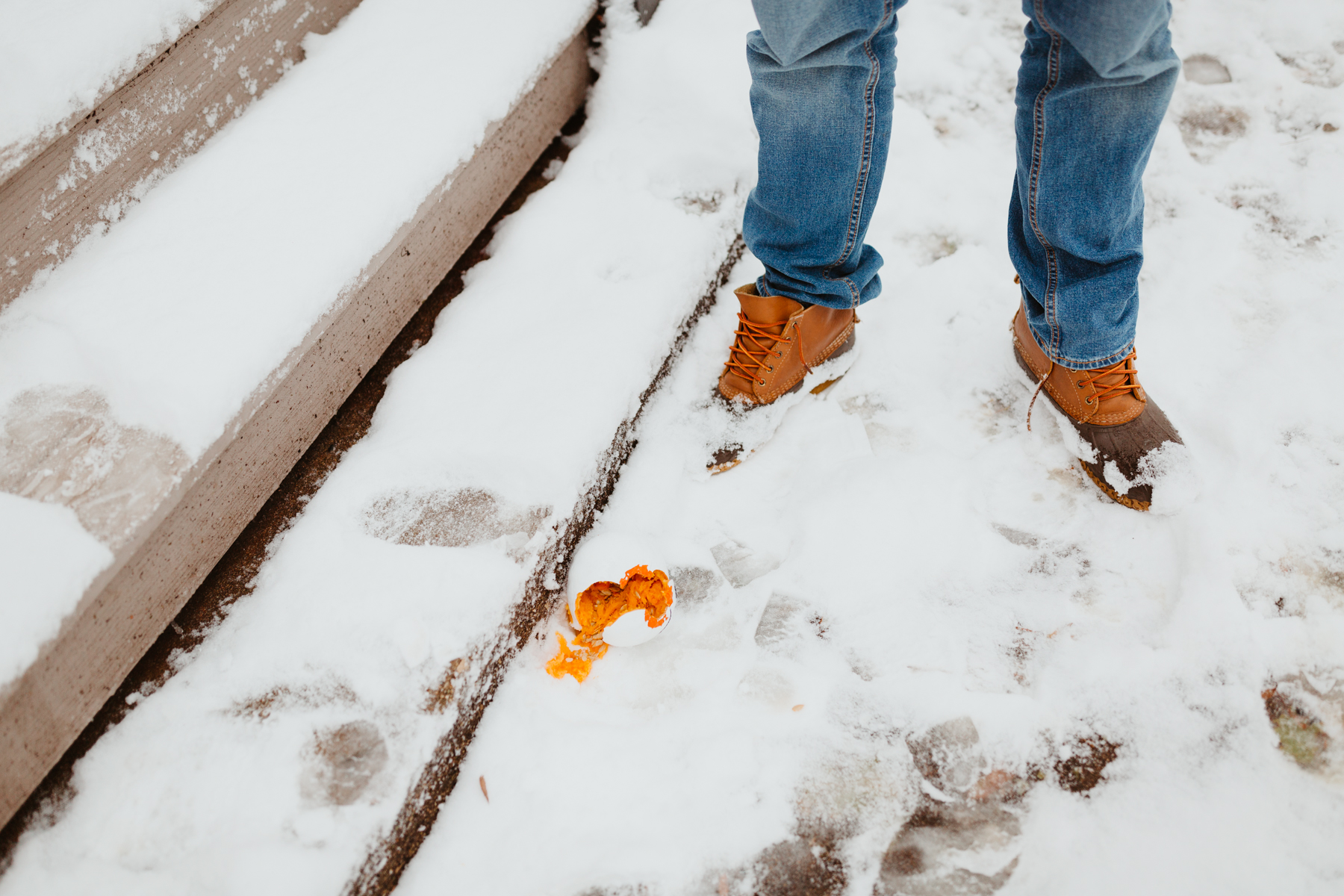 Don’t drop your snowman pumpkin and then juggle his body or he’ll end up like this. 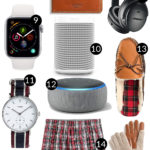