Why We Bought the VW Atlas

Beep beep, people! We’ve joined Chicago’s perpetual Black SUV Parade… and only five months after we outgrew our old car! I’m here to share the story of our first Big Adult Car Hunt, so buckle up. It’s going to be a ride.

We are not car people. And I don’t just mean that we’re not passionate about cars. I mean that if it was up to us, we wouldn’t own a car in the first place. Kelly doesn’t even have a license. But I happen to have two kids who are in need of constant carting around town, and we do like to get out of the city every once in a while to see family and friends. So, reluctantly, we entered the market.

I held on to the dream of driving our old Prius until it fell apart. For the uninitiated, Priuses (Priusi?) are really small, and after Lucy was born, I found myself strapping gear to the roof, dangling stuff out the windows, and driving around town with the hatch open and a poof of diapers flying out the back like an afterburner trail. I also found myself daydreaming of someone stealing the car so I had an excuse to get a new one.

I thought my lack of car passion would HELP the search process.

Hey Mitch, what kind of car do you want?

But I was way off. It’s just that typically, when I buy something (especially something this expensive), I–you know–want it. But this time around I neededit more than wanted it, and I spent months trying to find some interesting angle to make the car more exciting for myself.

I also assumed that finding the best family car was a solved problem and that I could ask other families for advice.

Hey Joe, you just bought a car. Which is the best one?

But it is NOT that simple. People are passionate about their cars and a lot of the advice we received only made us more confused. Obviously they’d all been through the trauma of a car search, too, and they were eager to share their struggles and convince themselves that they’d made the right decision. (Just like I’m doing with this blog post!) Eventually, though, Kelly and I decided to stop just talking about it and actually make some decisions!

The biggest breakthrough in our search came when I downloaded TrueCar and Auto Trader–both recommended by my brother-in-law–on my phone. Both apps index and search all the cars available, and they allowed me to cut out the crap and focus on decision points that really mattered to me.

Those requirements in descending order are as follows:

In the end, we decided that buying even a one-year-old car (inspected by an independent mechanic) was the best bang for our buck. Doing so would result in massive savings (more on this below) and it would allow us to afford a car with a higher safety rating and level of reliability.

It’s incredible how quickly the price of a car can double or even triple when adding on somewhat basic features. Car companies are adept at withholding certain niceties and then charging absolutely INSANE fees to maximize their profits and minimize my retirement account. The game is called price differentiation. Car companies need to appeal to both the luxury and budget-conscious buyer with the same product and they do so by selling their car models in different tiers or “trim levels.” Think of it like the classes of ticket on an airplane. While many car consumers are looking for a first-class experience with leather seats, a sun roof and a butt massager, I’d be happy shoving myself into a suitcase and riding in the overhead bin to save a buck.

And my list of “must-haves” quickly dwindled when I realized just how much I’d be charged for small “luxuries.” A sun roof, bucket seats, motorized seat adjusters, little beepers for when I’m about to crash into something–these usually weren’t unavailable without jumping up trim levels and spending thousands extra. I like to think of things on a per-use cost, and, although they’d be nice, I was unwilling to spend money on amenities that I’d only use occasionally.

(I will say, however, that we did consider jumping up some levels for the leather interiors since we have small children who make giant messes. But we couldn’t find any VW Atlases–what we ended up choosing–with leather seats in the general vicinity of Chicago and nearby states.)

The features we couldn’t live without

I think of myself as being a pretty good driver–I guess most people do–but if I were to make a mistake and get into an accident, it’d be the result of me becoming distracted behind the wheel. Of course, two little girls in the back offer up plenty of distractions, but in terms of things I can control, the toughest for me is handling navigation. With our Prius, we didn’t have any bells or whistles, and so this required me to use my phone for directions.

Apple is big on limiting distractions while driving, and they designed CarPlay to help guys like me out. CarPlay is an interface which turns a car’s navigational screen into a limited little iPhone emulator. With CarPlay, all the little phone travel efficiencies are right there on the dashboard, significantly minimizing time that drivers’ eyes are off the road.

Huge fan, so this was a non-negotiable for me. I also obviously really wanted the thing to fit in our city garage.

(Kelly’s non-negotiables, in case you’re wondering, was a third row and the ability to fit a double stroller and several suitcases in the trunk.) 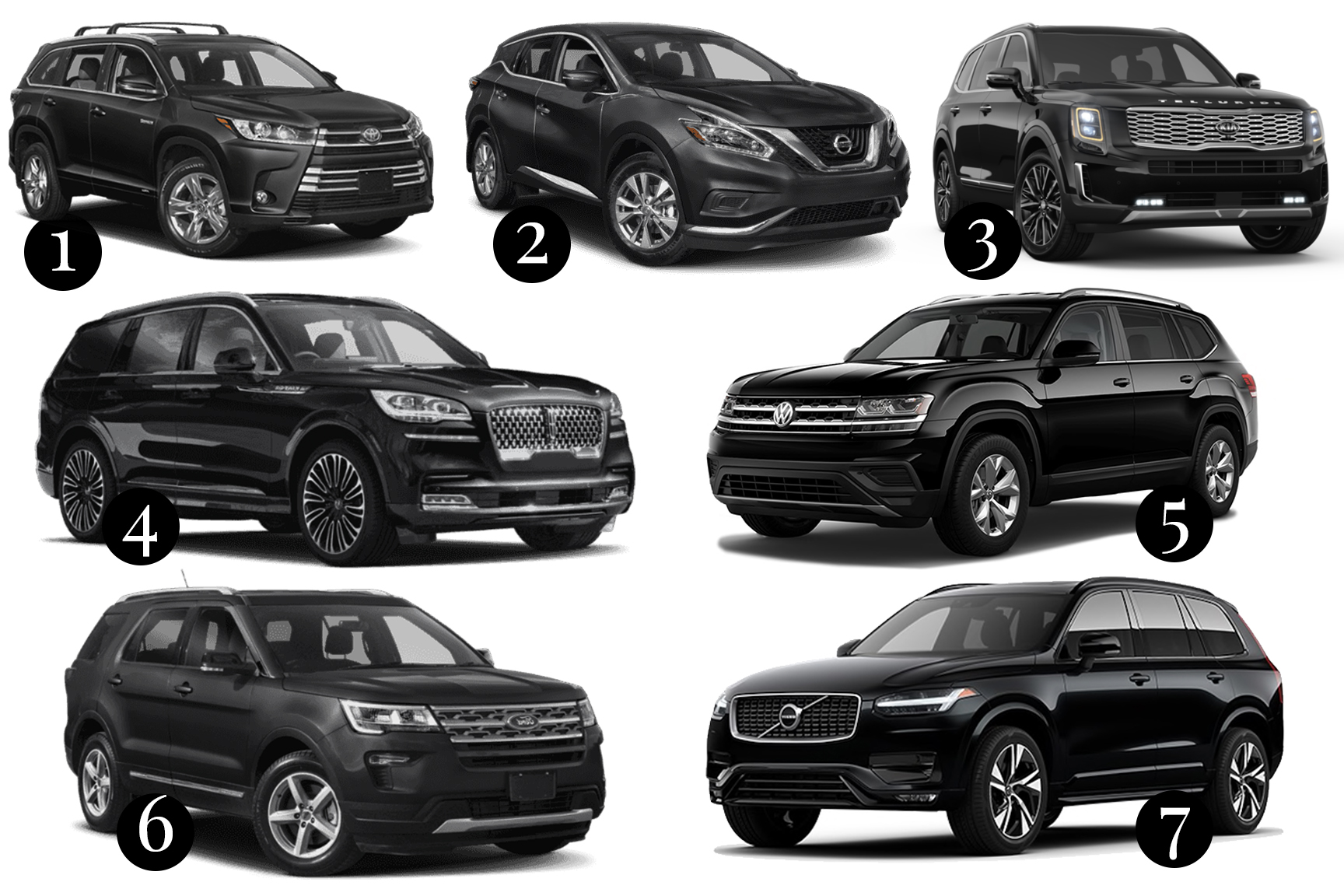 All these cars look the same lol

The Atlas! Start with a great looking car, toss in a little sentimental attachment for the VW brand, add CarPlay at the base trim level, and then top it off with that 6-year bumper-to-bumper warranty for anything that goes wrong with the car (and some decent trunk space), and we were convinced.

Also, the cheapest Atlas in the country with a clean CarFax report happened to be sitting at a lot outside of Chicago. It was meant to be.

Illinois car dealers have bribed the state government into making it illegal–illegal!–for them to work on Sundays, which gave me exactly one day per week to pull this thing off. I nearly drove to Indiana out of spite but my Atlas was (alas) in Illinois.

Another big hurdle I encountered was finding a salesman who was willing to text with me. I run two businesses and am raising two small girls, so long phone calls with used car salesmen wasn’t exactly high on my list. I also like texting as it offers a record of negotiations and doesn’t allow for any funny business.

When I finally found my texting salesman, I got to work negotiating on price. This Atlas had only 9K miles and a clean record, and it was listed at $25K: a price unavailable anywhere else in the country. I tried as hard as I could to get the price down even more since the car sat on the lot for most of the month. I ultimately got $500 out of him, most likely out of pity, but that was all I could do. Once we’d agreed on price, it was time to set up an appointment to get the thing done.

Btw: The salesman wouldn’t let us drive the car all the way to our house to see if it fit in the garage (a major concern) so we measured like crazy and crossed our fingers that we’d thought of everything. City garages are small, so I rearranged the garage, and if all went to plan, the car would nearly touch both the back wall and garage door at the same time but it would fit.

Immediately upon arriving at the lot, the salesman handed me the keys and said “take your time.” I thought it was great that he wasn’t going to try and ride along with us, and we appreciated the space so we could really feel the car out. A random piece of the ceiling did fall off when I sat down which was pretty hilarious, but aside from that, the car seemed to be in great shape. We followed this test drive guide which took about 30 minutes. We even drove the car to a local mechanic (shout out to Ray’s Auto Services) to have it thoroughly checked out, and after he gave us the green light, we kind of looked at each other and said “I guess we’re buying this car!” After a solemn ceremony, I handed over the keys to my beloved Prius which we traded in for $3,500… and we paid the difference.

The sales team took care of the title transfers, registration, contracts and paperwork. They even put on the new plates and moved our parking stickers over to the new car. They were actually really great.

We love this car. It’s admittedly huge, but I fill it to the brim nearly every day. We’re so comfortable in it that we find excuses to go on chores as a family. Yes, it sucks down the gas, but it successfully kept me out of a minivan, which makes it worth every single penny. (Jokes.)

If I’m lucky, we’ll be driving this thing for a couple of decades, or close to it, at least. It’s not just for strollers and car seats, but for soccer games, camping, family road trips, and Christmas trees strapped to the roof.

It’s a car that we can grow into and I can’t wait to see where it will take us.

Anyway, tell us about your car search! What did you choose and why? 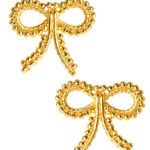