Swimming with Pigs in the Bahamas 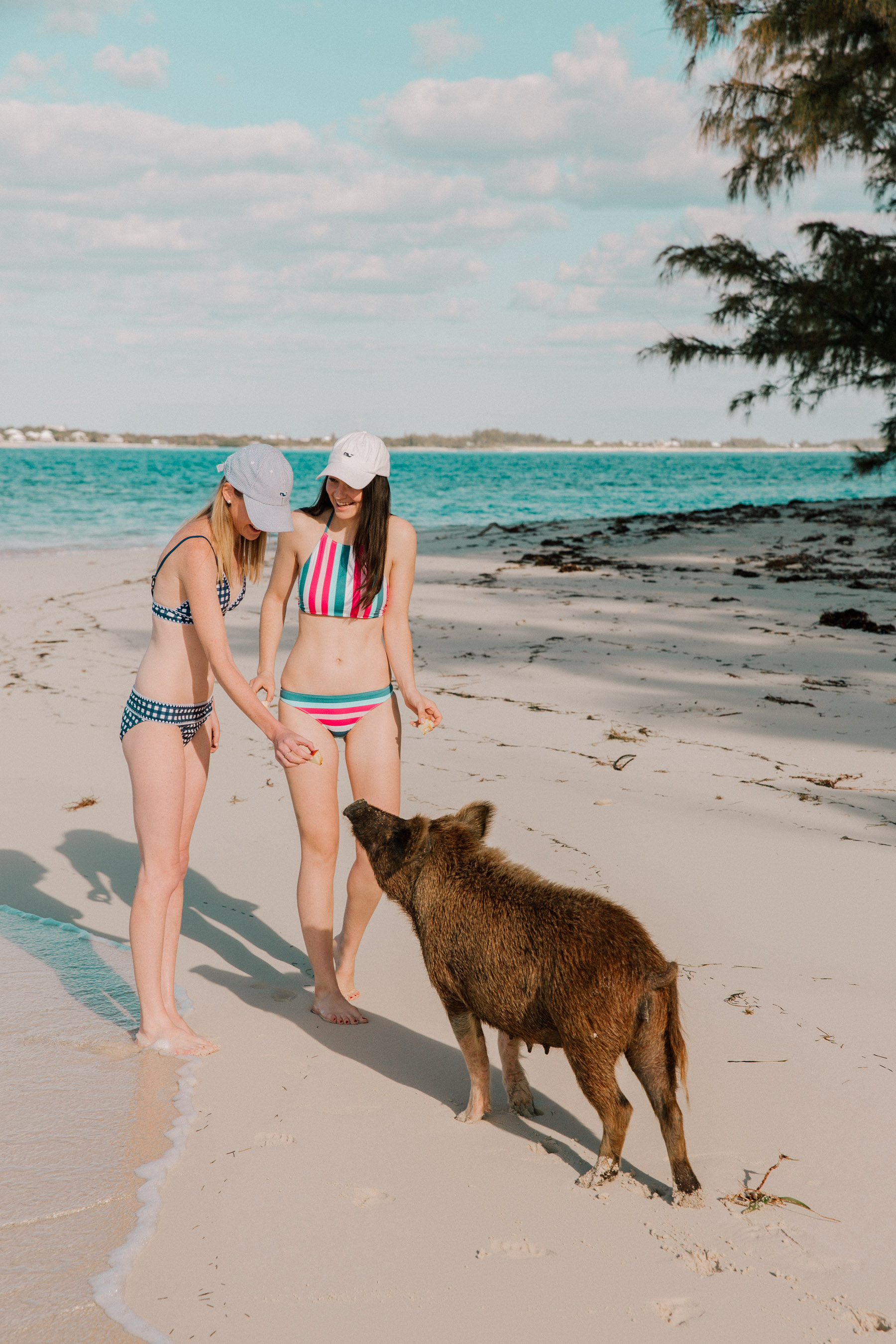 The title of this post is a bit misleading. I should say that Mackenzie, Carly, Sean and I walked through the water with the pigs.

It wasn’t a super hot day, so I guess the pigs weren’t up for a dip, haha. Still, it was my absolute favorite part of my trip to the Bahamas with Vineyard Vines and The Moorings! (You can read my full recap here, btw!) And, honestly, I think it was a little nicer that we were all on land. Can you imagine giant pigs swimming at you?! What if they mistook a toe for an apple slice?! (And have you seen this GIF?!)

Jokes, jokes. ;) I think I said this in the recap, but our day at No Name Cay in the Abacos was seriously one of the best days of my life. 😂 It. Was. Everything. (And I’m insanely grateful to Vineyard Vines and The Moorings for the experience!)

So I thought I’d break it down for you.

In the Abacos, the pigs are located at No Name Cay, an uninhabited island accessible by boat. (It’s close to Green Turtle Cay.) No one really knows how the pigs got there; some people say that locals put them there to hunt at a later date, and others say they were put there to attract tourists. Either way, there’s apparently a local who visits the pigs twice per week to bring them food and fresh water. (They do, however, have a big water tank now, too!) Oh, while you do need to pay for transportation to No Name Cay, playing visiting and playing with the pigs is completely free.

We’d been told that the pigs relied on visitors for food, and that they loved bread and fruit. So we stocked up on a few loaves of bread and a ton of apples, and piled them into garbage bags ahead of time.

We anchored the yacht (is that the correct terminology?) and then Sean took us on the dinghy to the island. Right as we pulled up and dragged the boat onto the sand, the pigs approached. It was clear that they were used to visitors, and ready to snack!

I’ll admit that I was a little timid when I first met the pigs. While there were tons of piglets, there were also some GIANT pigs, haha… and they looked like they could eat me. But they were all super friendly! We’d been told ahead of time not to pick up or touch the younger pigs, just in case their mothers became protective. We followed that advice and had zero problems whatsoever. And after a few minutes of introductions, we all became pretty comfortable with our new friends. :)

We arrived at No Name Cay around 8 a.m., and no one else was there. I think Mackenzie or Carly mentioned this at some point, but a lot of times, bloggers try to their best to make sure strangers aren’t in photos out of respect for people they don’t know, and because it makes for fewer distractions and therefore more appealing pics. ;) But we were the ONLY people on the island while we were there. I’d never been on a deserted island before, and it was downright surreal.

Anyway, it was SO MUCH FUN. I think the photos speak for themselves, but as long as we had apples or bread in hand, the pigs followed us wherever we went. They were never aggressive, and they seemed very happy to hang out with us! My favorites were obviously the piglets–particularly the one you see in the next photo. So cute.

Vineyard Vines outfitted us for the day. (Only the best for the pigs!) I have to say: never in a zillion years did I ever think I’d wear a bikini on my blog, as it’s always felt like standing in my underwear in front of other people. 🙈 (I was definitely that middle schooler who changed in the bathroom stall during gym class; heck, I’m still shy… and prefer maxi dresses and clothing with sleeves simply because they cover more.) But Carly and Mackenzie were so helpful, and before I knew it, I’d totally forgotten that I was wearing a bikini. Plus, it was the cutest bikini in the history of the world–the gingham!–so that was helpful. ;) Note: bathing suits with padding are hard to find these days. Mine comes with it, which is so nice! (Top/bottom.) I might even wear it again this summer on the Shore!

Would you do it?

So tell me! Would you travel to the Bahamas to play with pigs? I fully plan on going back in a few years just so I can see Emma with them! Although maybe when she’s like five. ;)

Again, a big thanks goes out to Vineyard Vines and The Moorings for all of this. You guys rock. Enter to win a five-day, four-night yacht charter here! 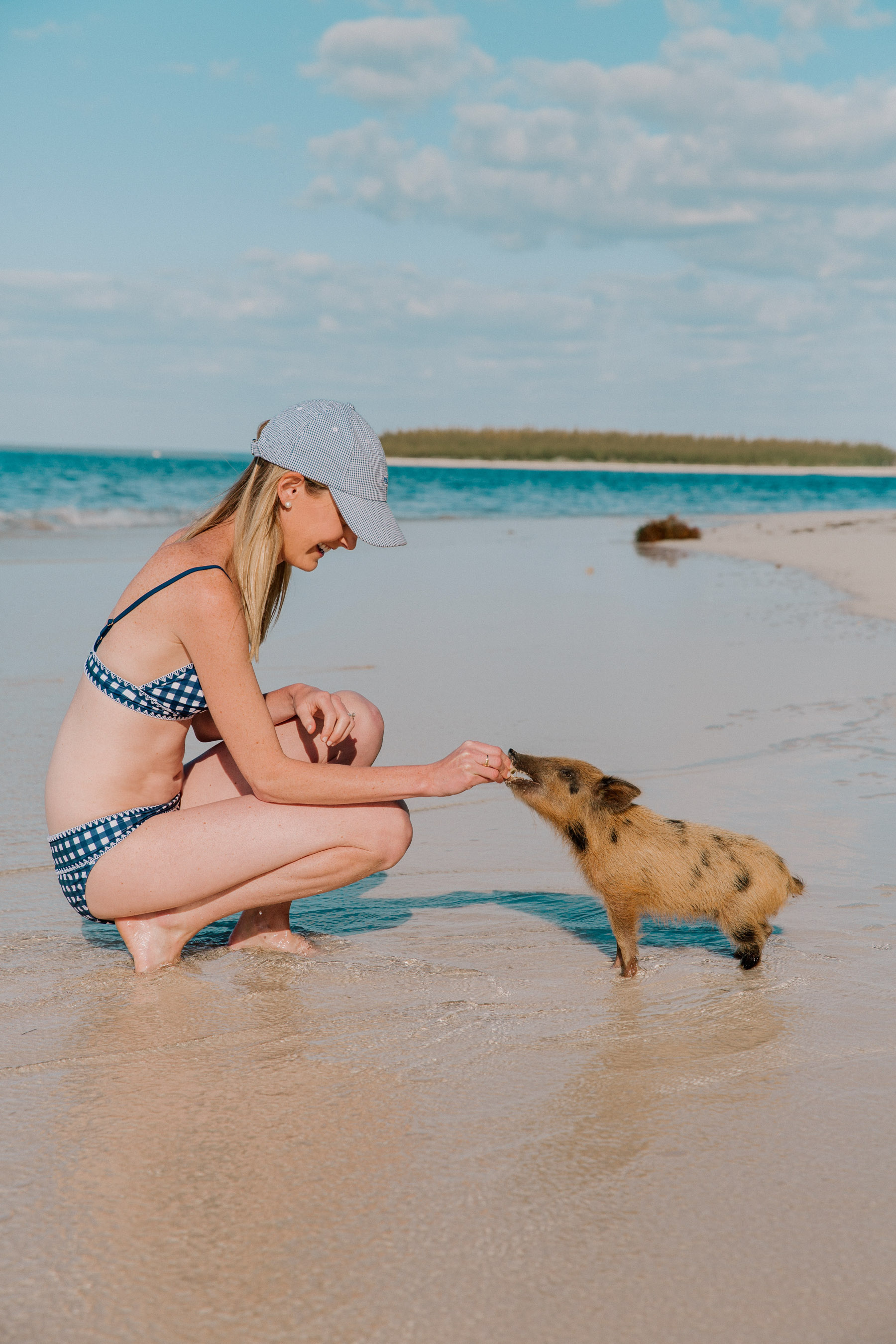 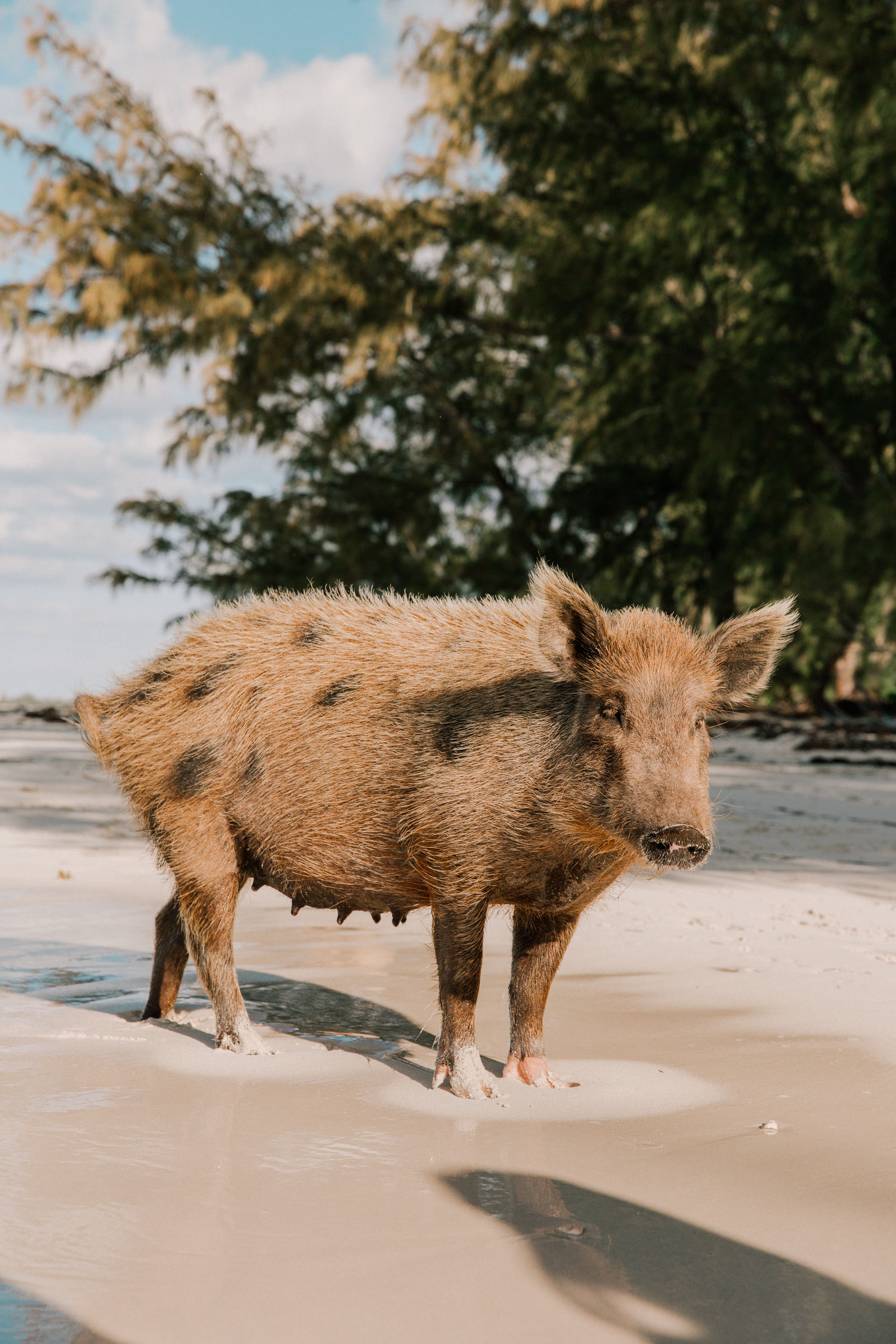 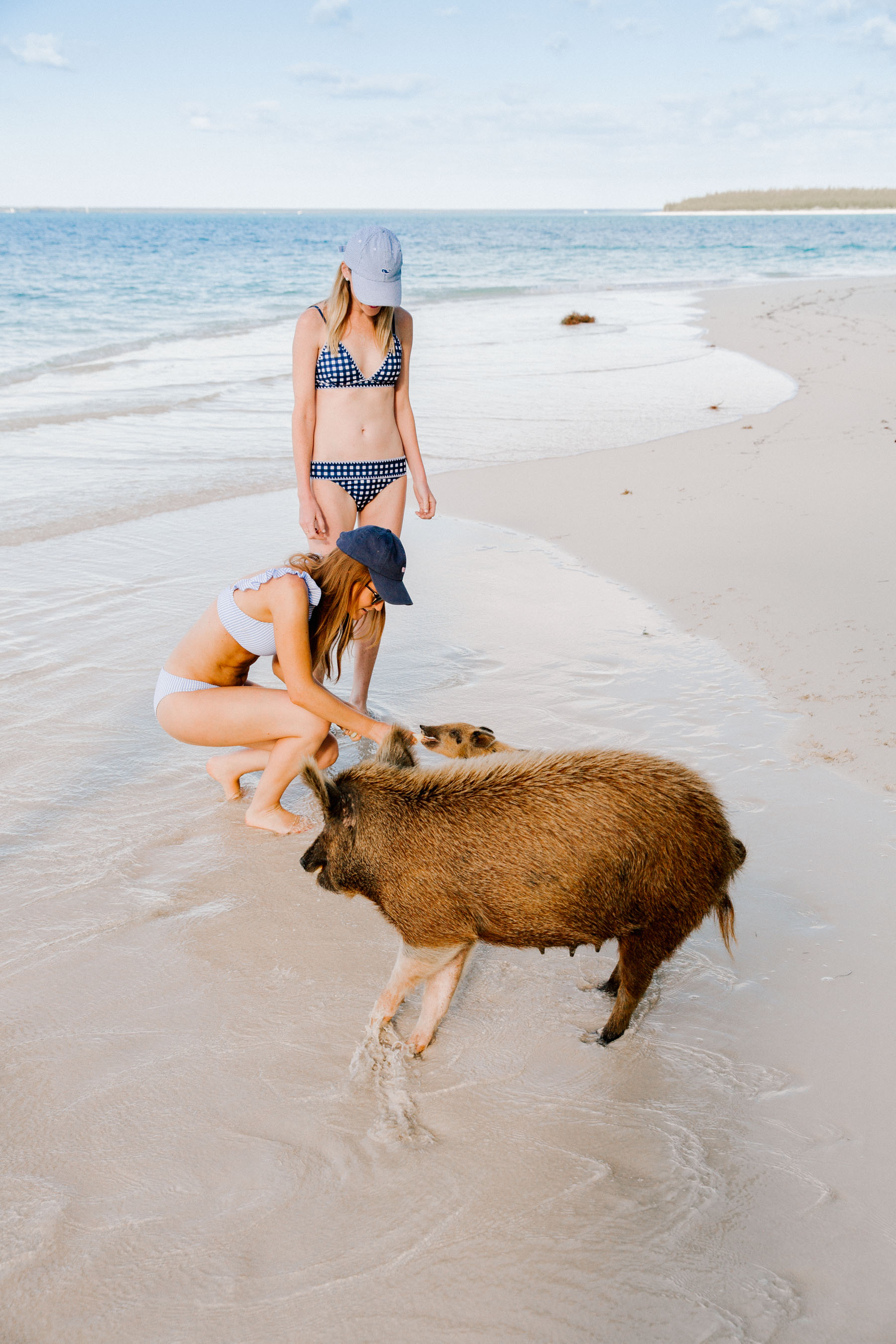 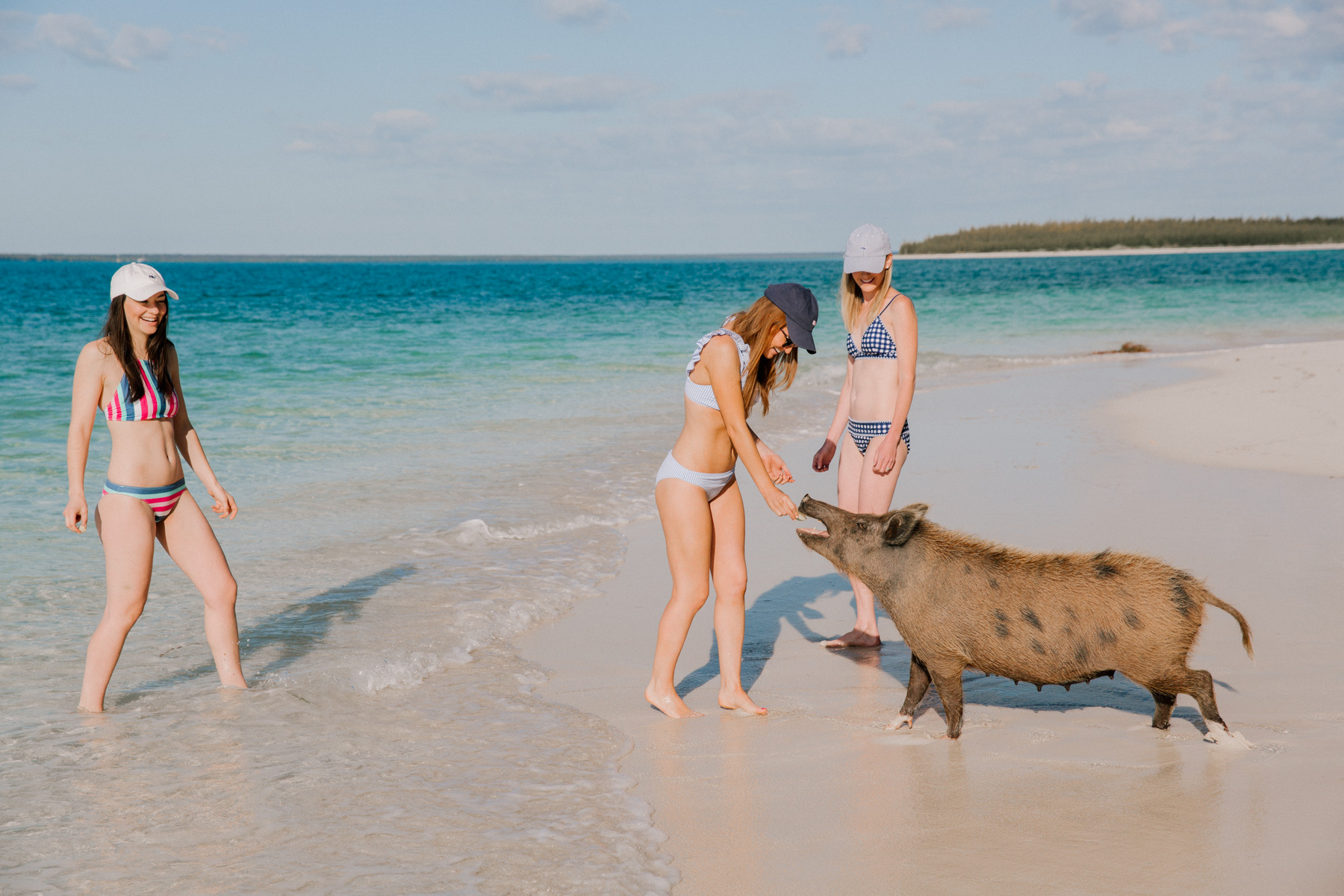 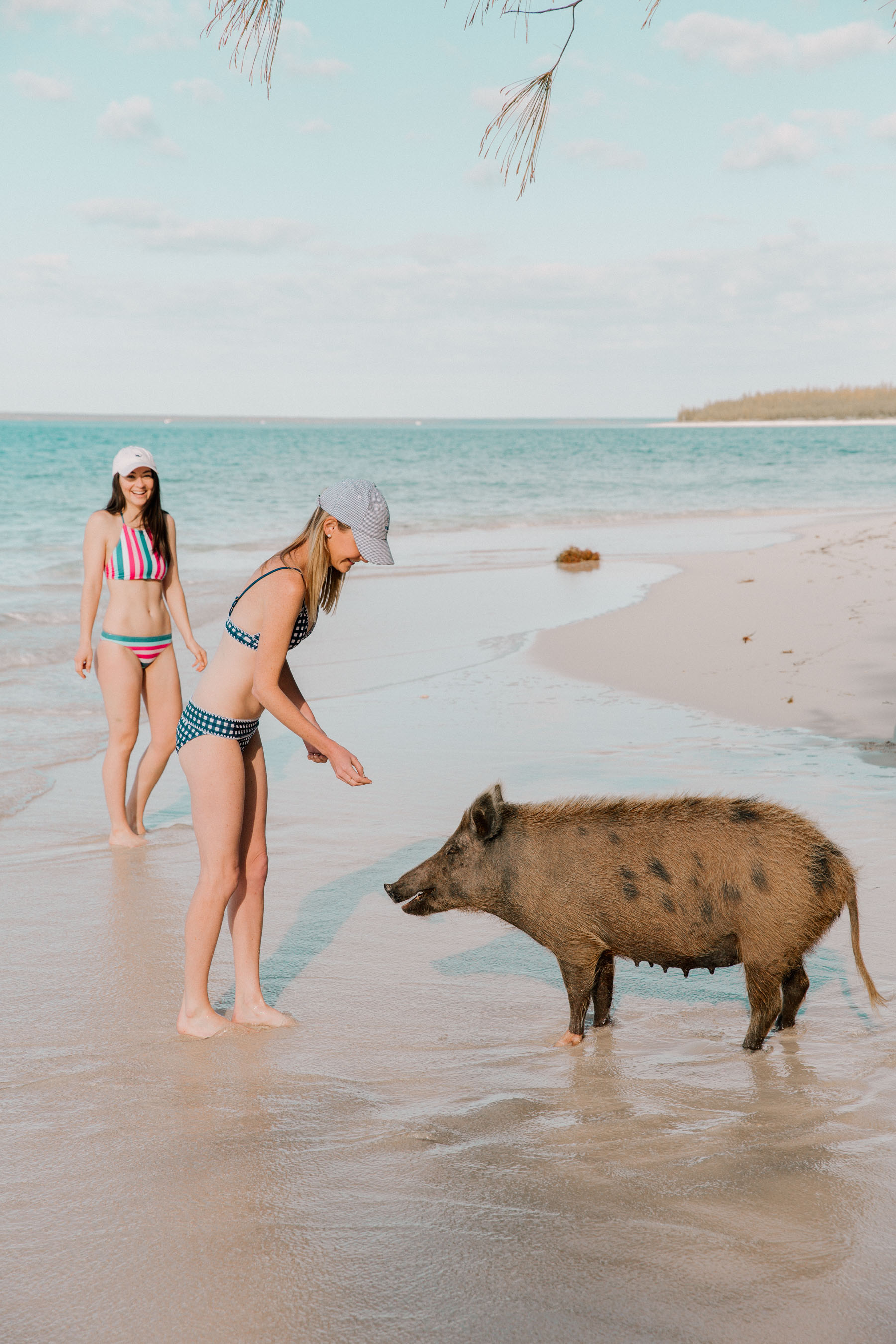 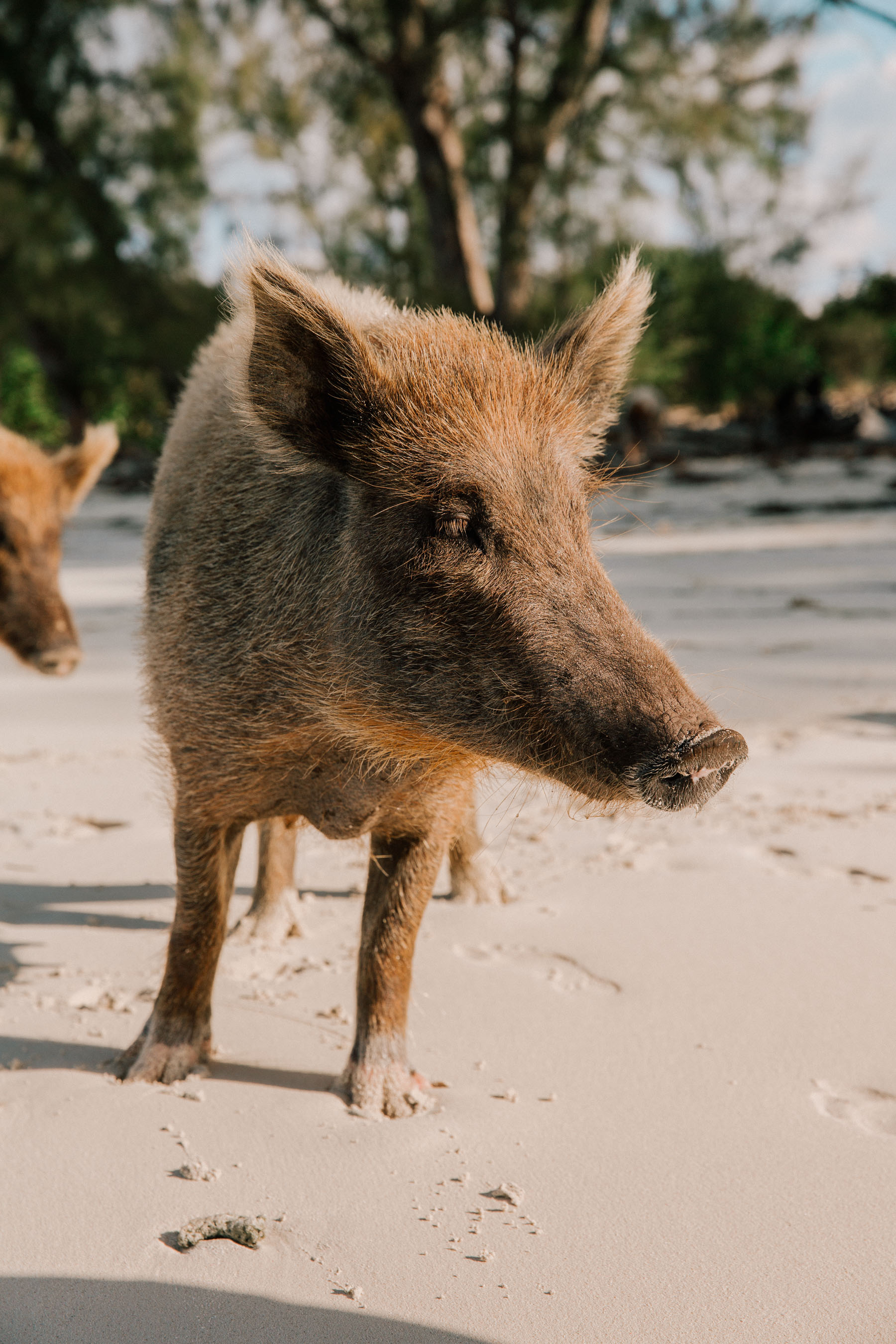 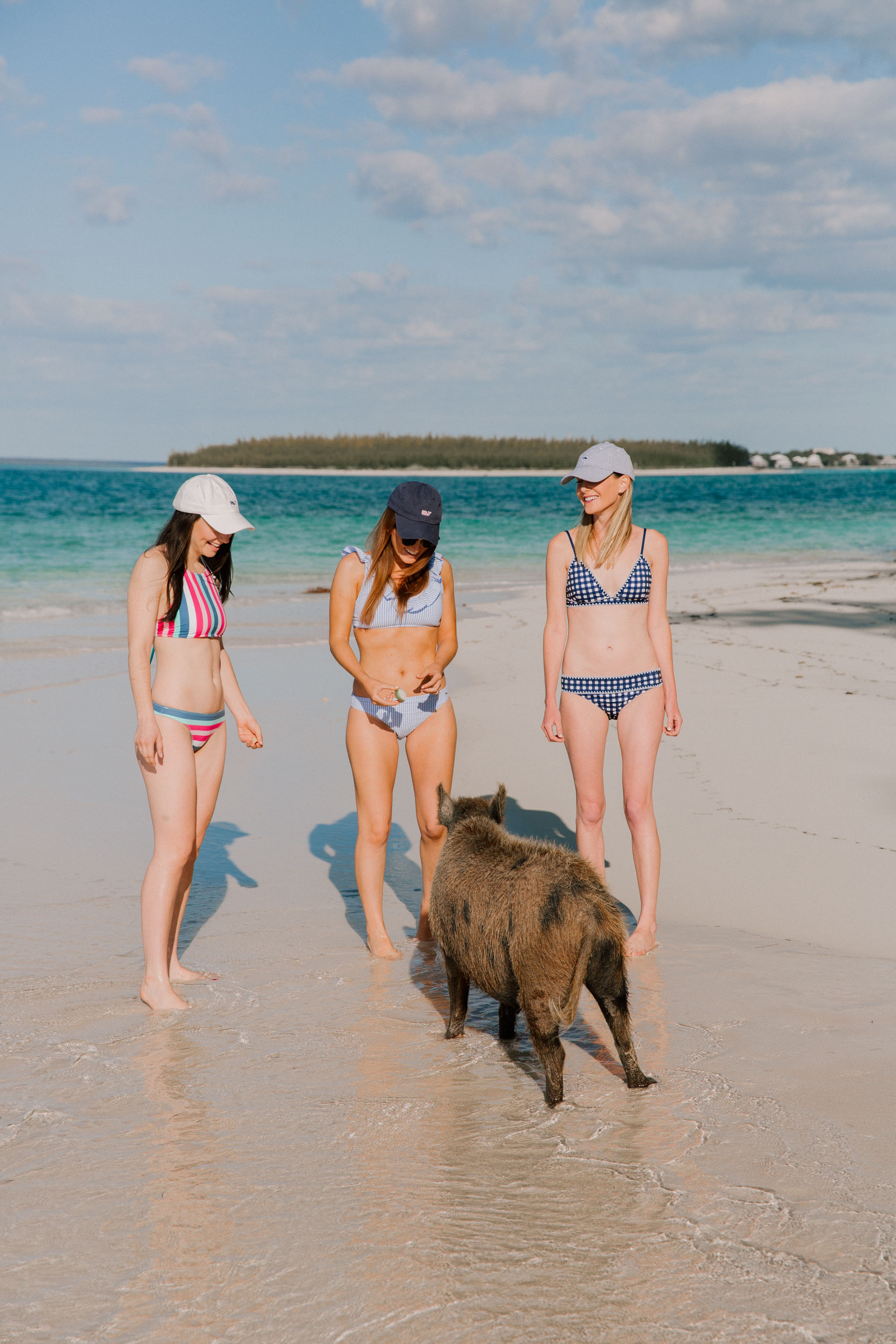 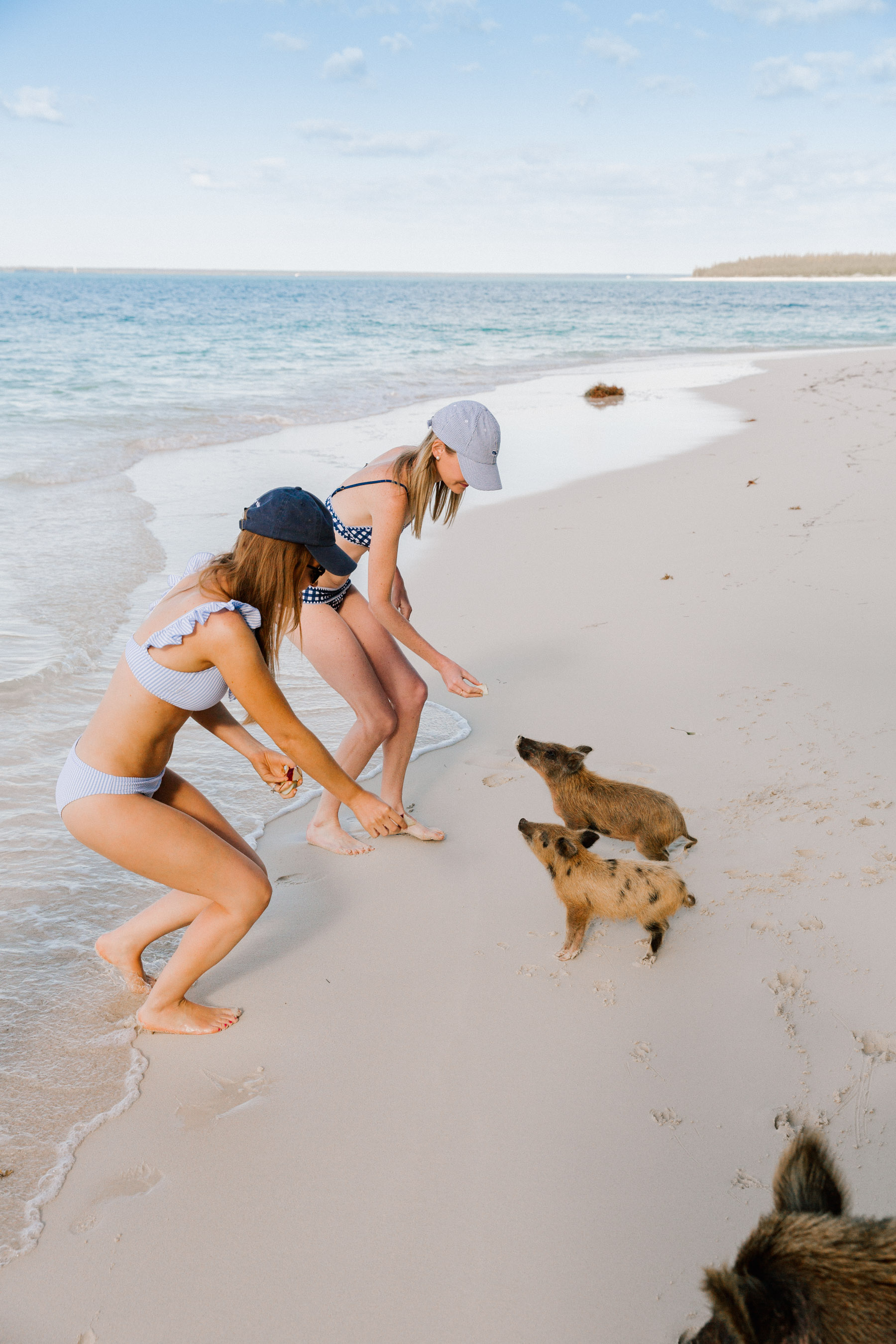 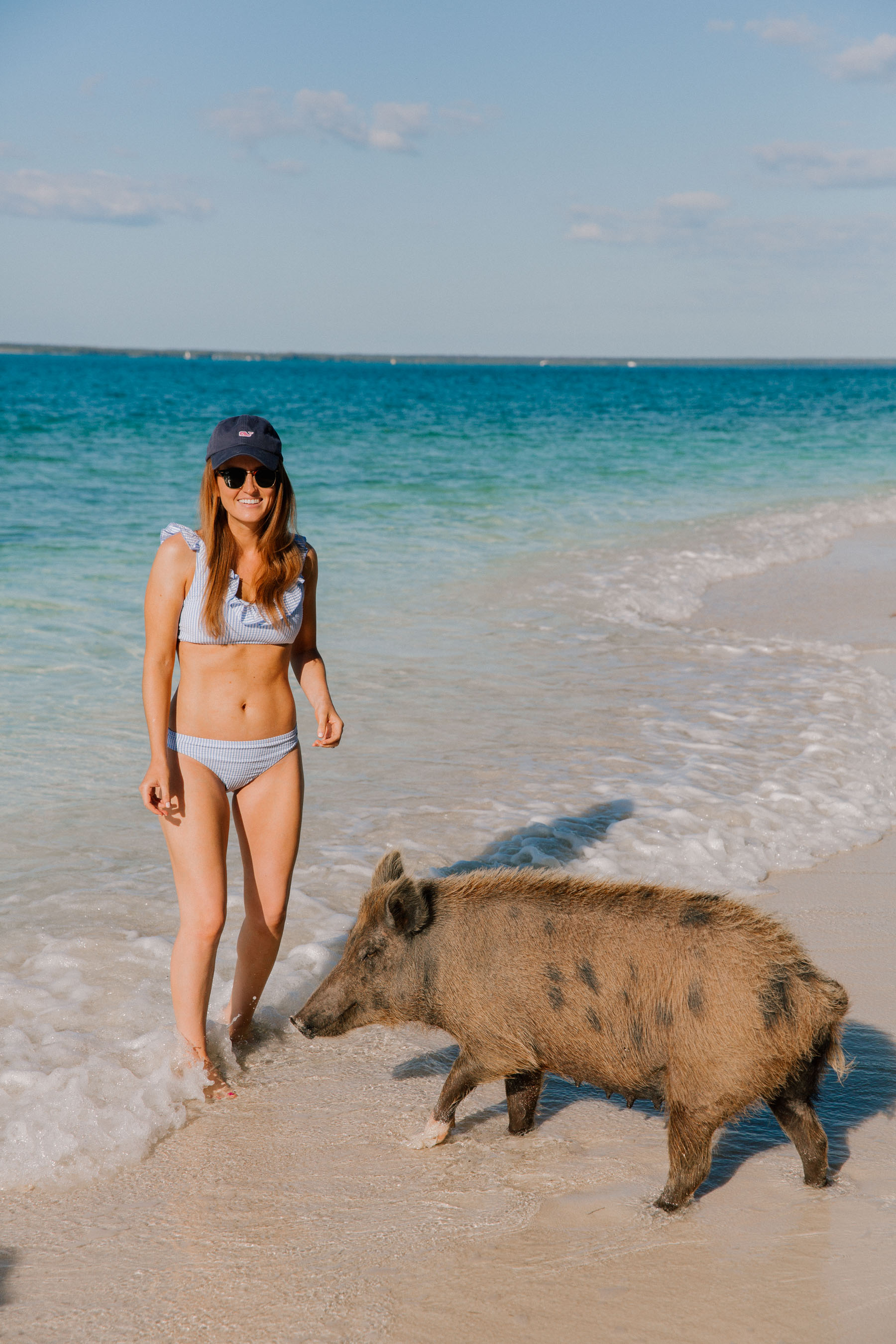 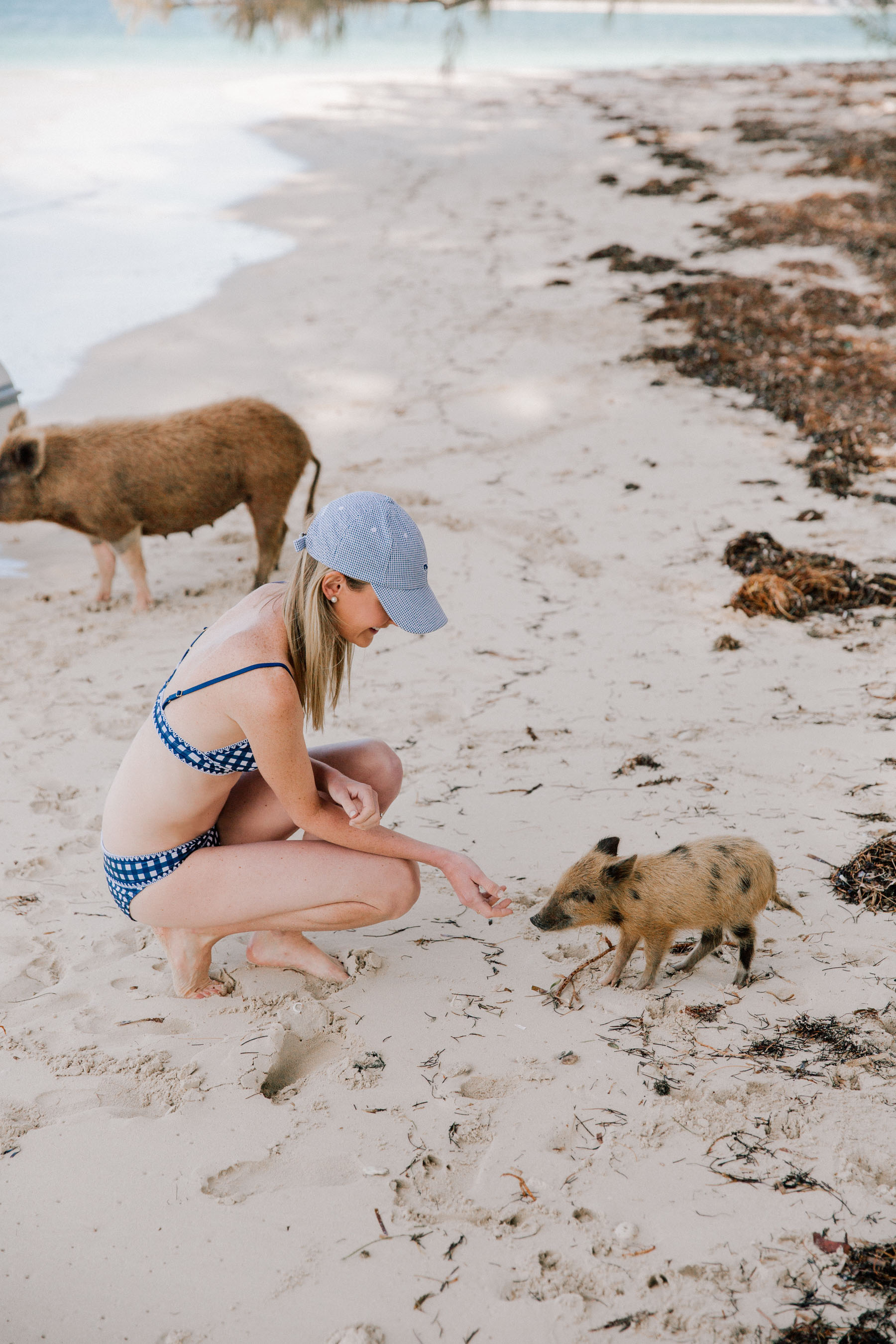 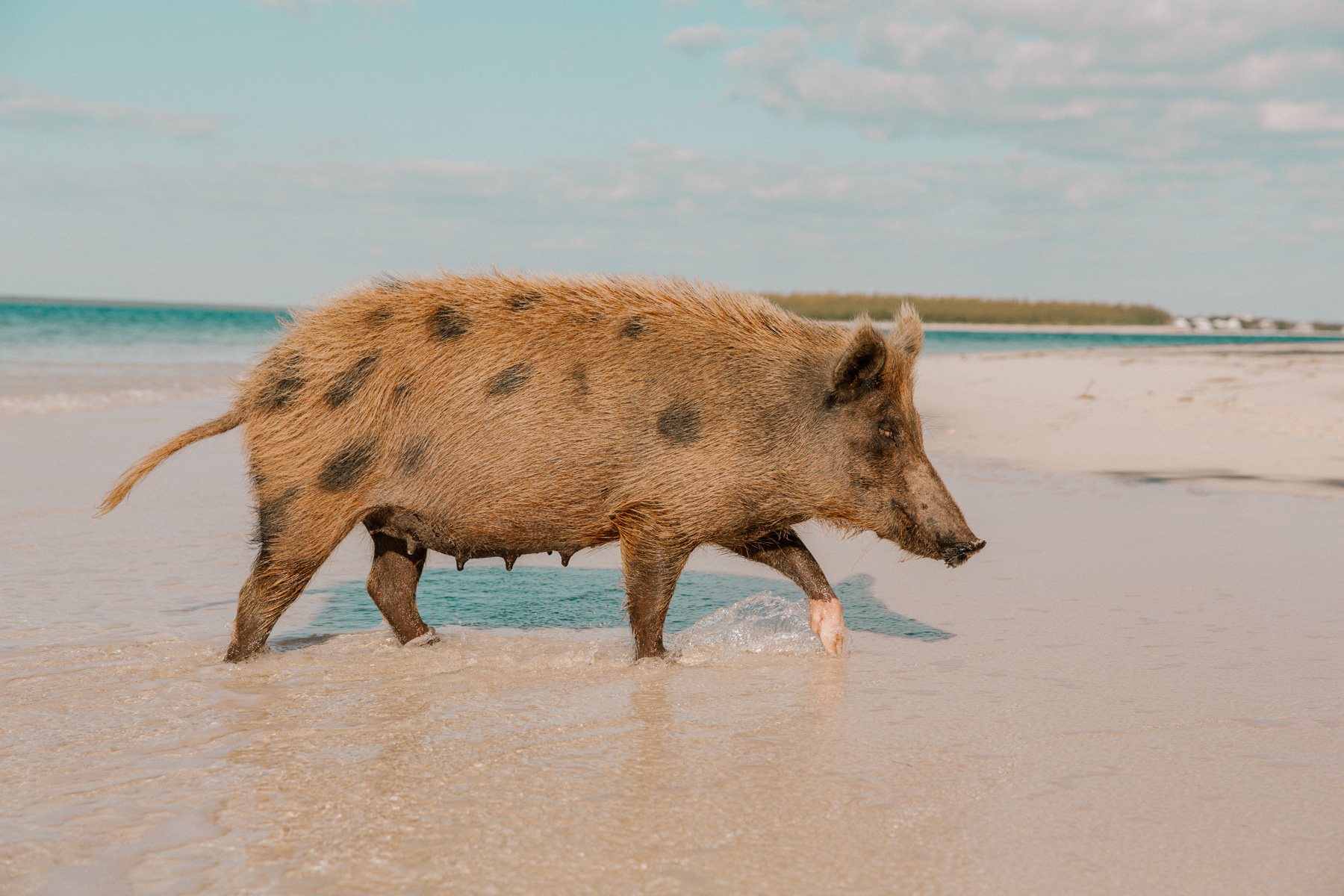 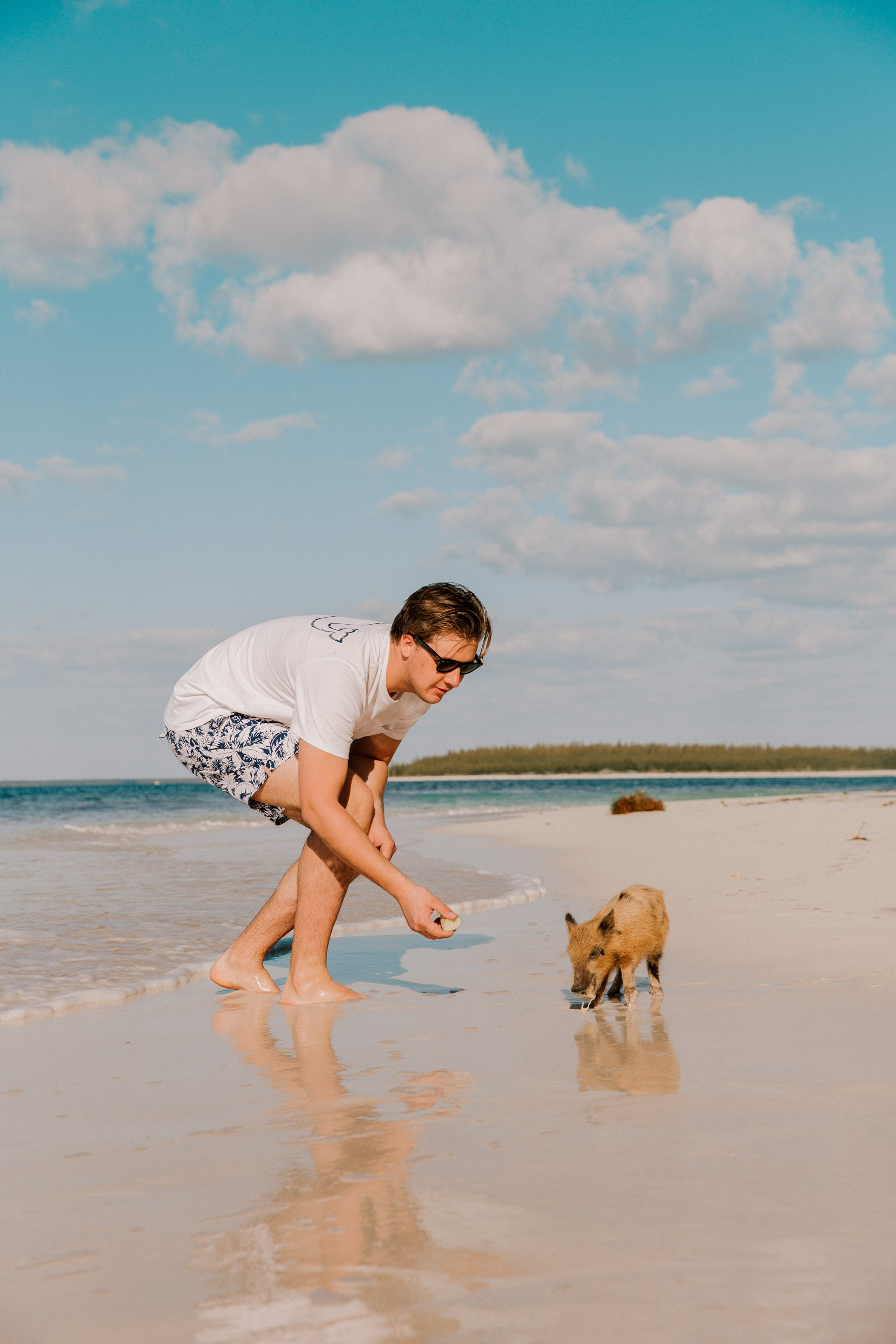 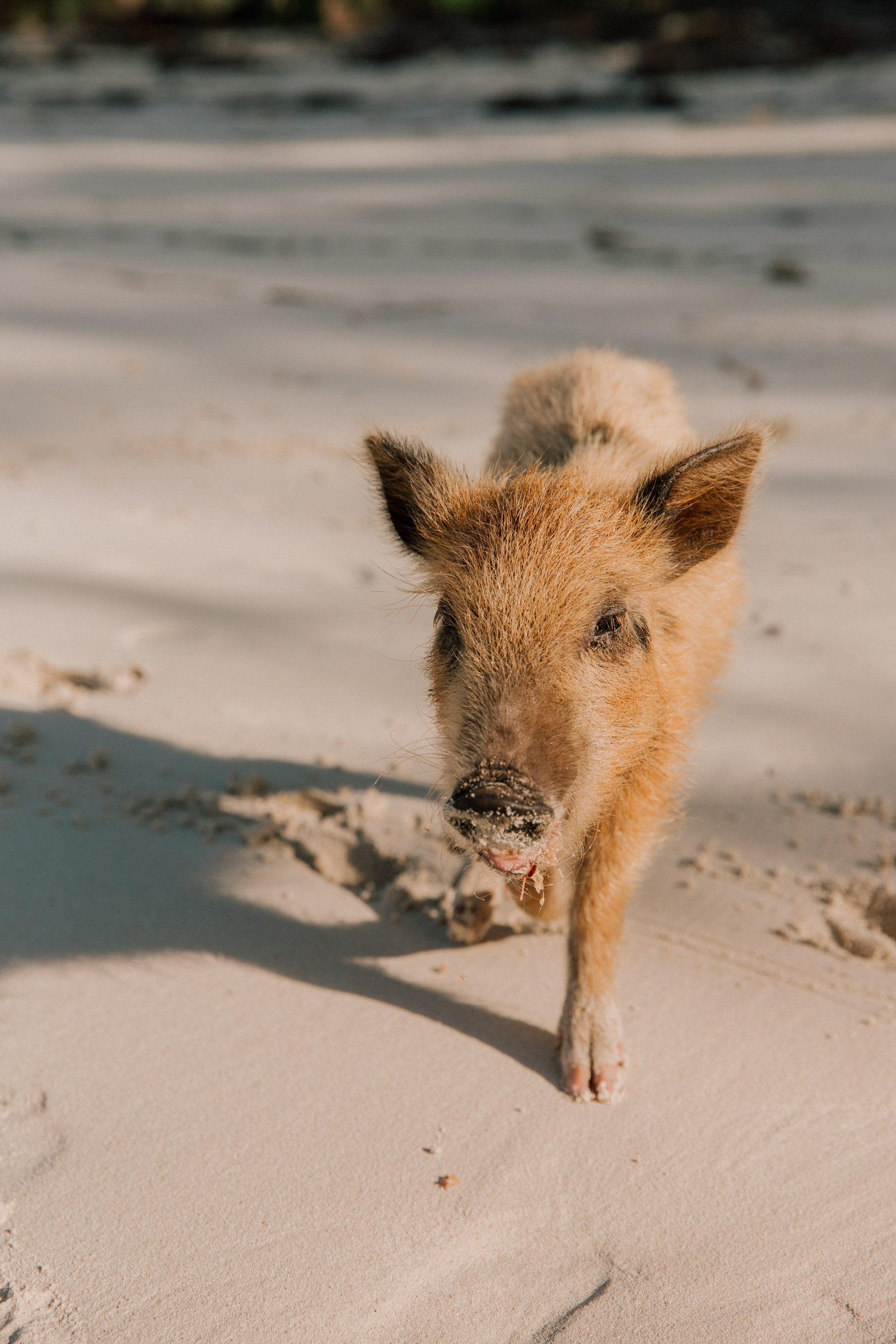 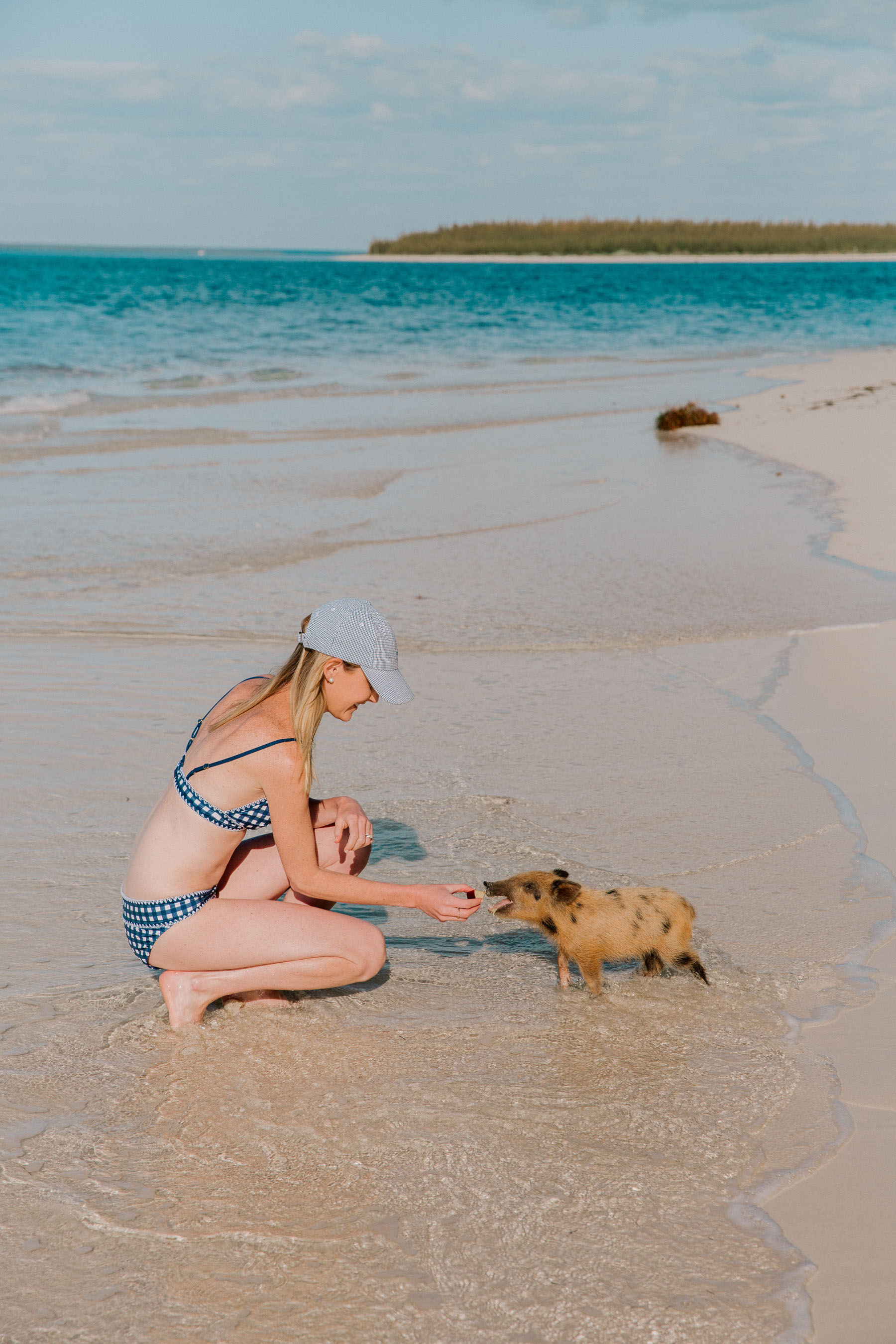 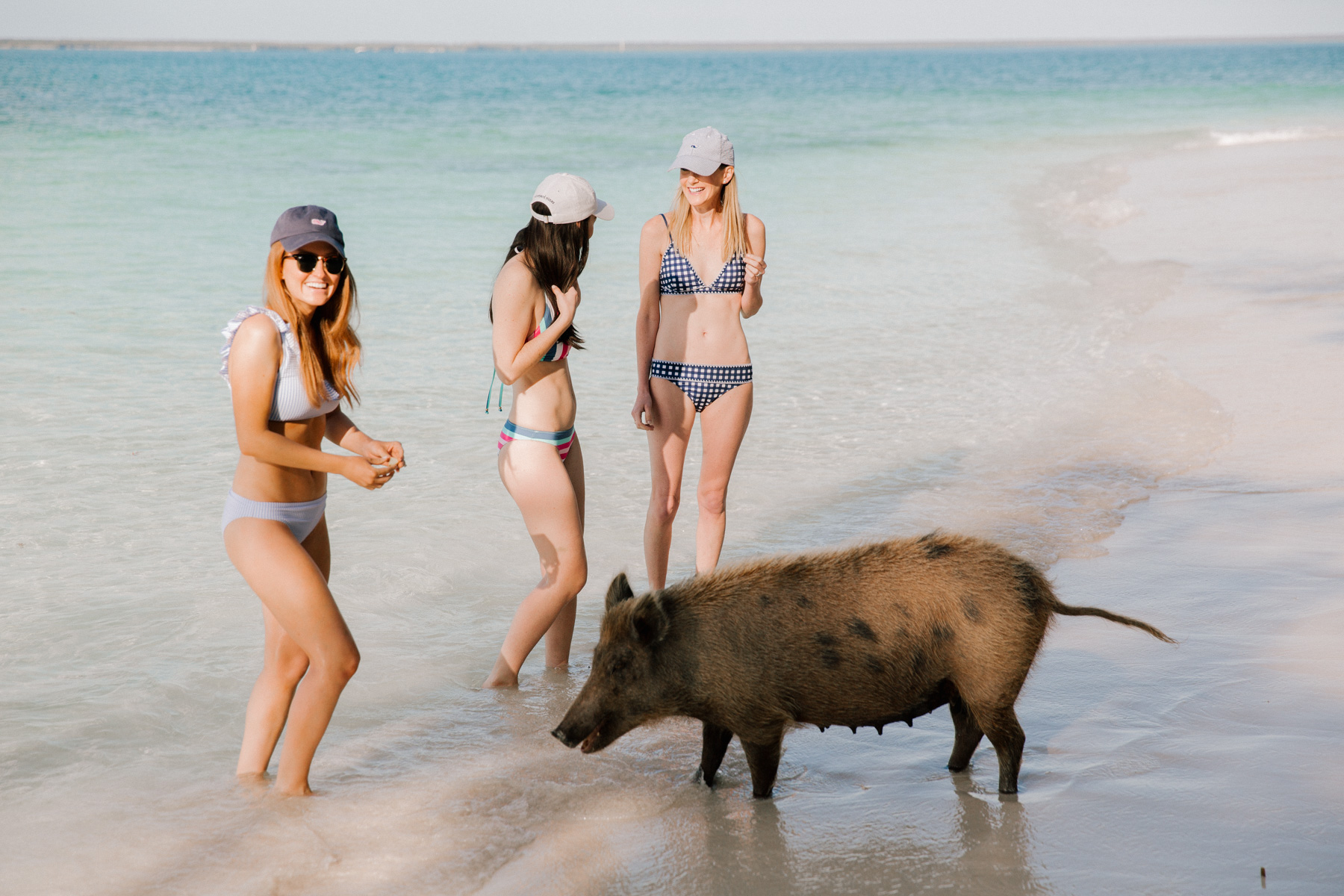 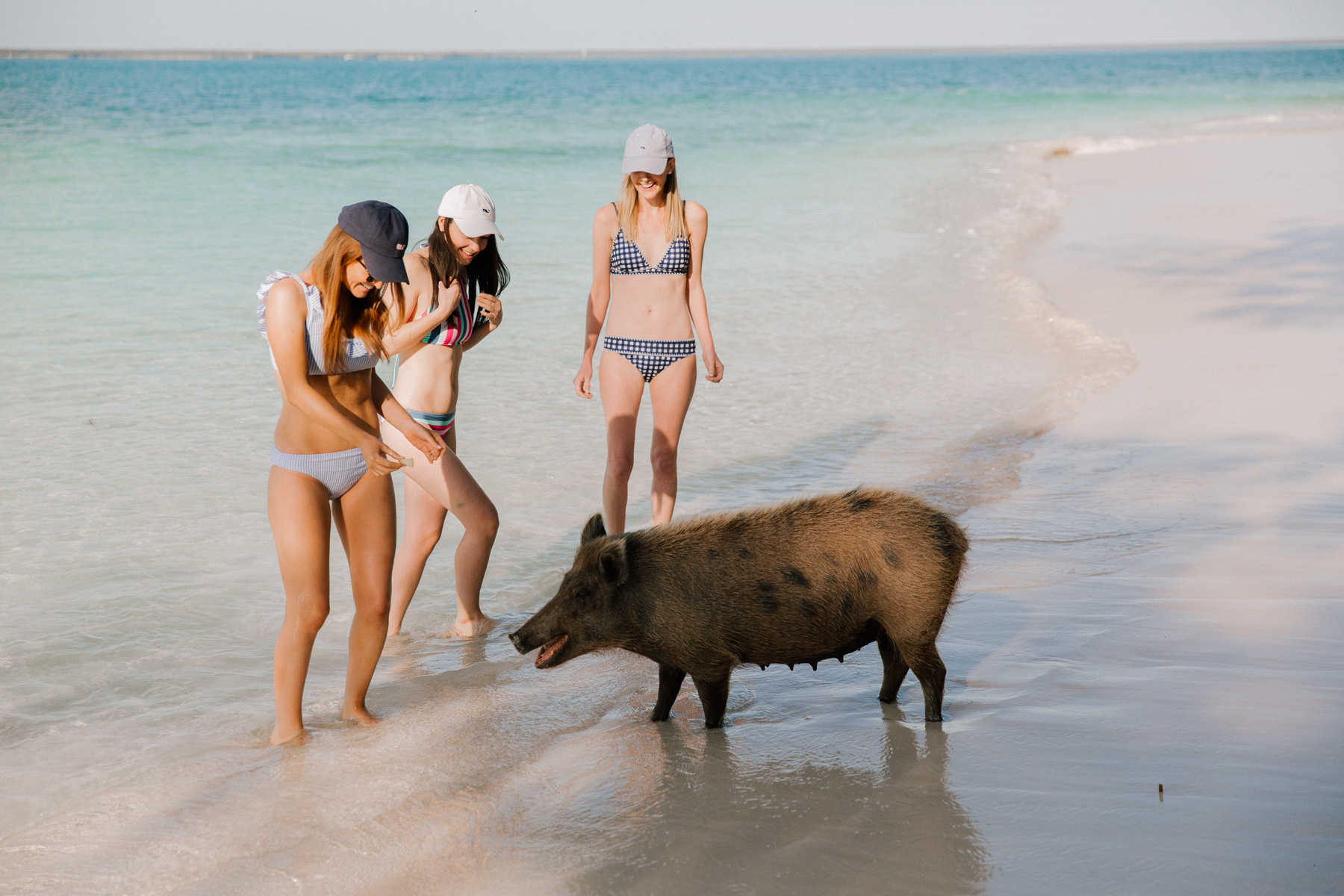 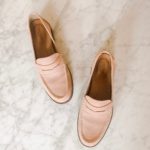