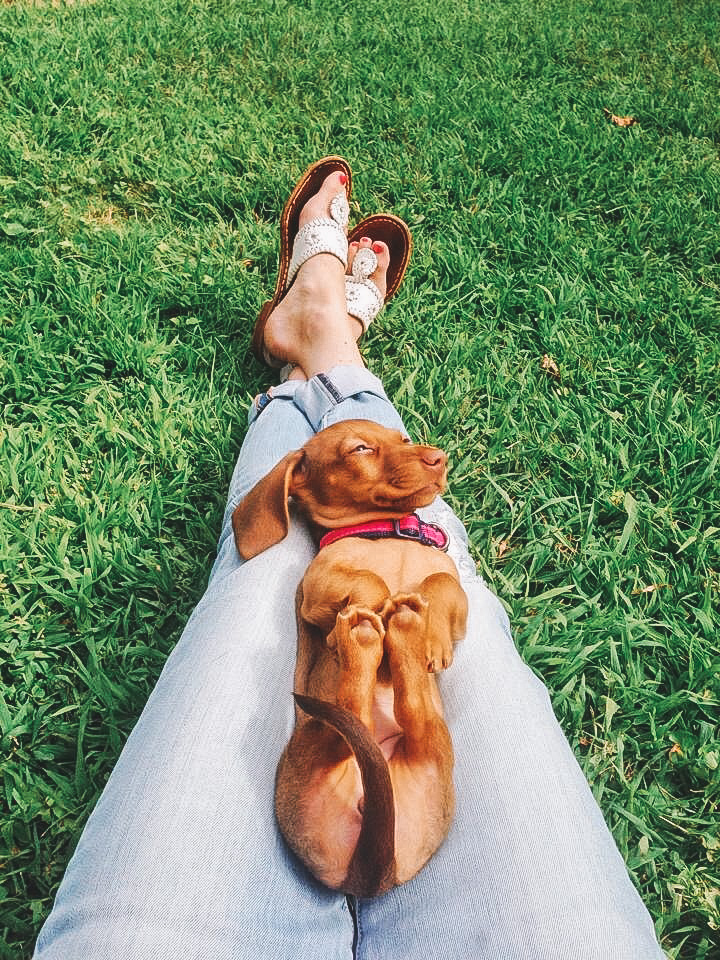 My mother recently called to let me know that not only did I miss Noodle’s birthday, but I also missed National Dog Day. 😆 Sorry, Old Friend. One day, you’ll get this kind of attention again. For now, though, thank you for licking Lucy’s toes while she repeatedly pokes you in the eye. You are a good dog, Noods.

It’s been a while since I talked about Noodle on the blog! The long and short of it is that she’s good. (See what I did there? HAHAHA.) She’s not getting a ton of attention from Mitch and me these days, but she is getting it from Emma and Lucy as well as from our next door neighbors’ little girls. (We’ve decided to let them play together as both families have been extremely cautious during the pandemic.) Noodle is the star of the show; the girls squabble over who gets to hold the leash, and they race up and down the sidewalk with her. Heck, all four girls have matching dresses with teeny Noodles all over them. Let’s just say that if dogs went to high school, Noodle would win the popularity contest–paws down. (I couldn’t help myself with that one, either. 😂)

Noodle turned six over the summer. SIX! This is crazy to think about for a couple of reasons. First, I can’t believe that we’ve had the responsibilities associated with being dog owners for that long. It means we’ve lived in Chicago for six years now, as we got Noodle shortly after we moved. It seems like just yesterday I was crying to my tiny companion about homesickness, and now we’re here! Second, Noodle has changed so much.

It’s been a wild ride with our quirky miniature dachshund. A few years ago, I wrote a post called “The Trouble with Pets,” and talked about how difficult of a dog Noodle was. To borrow my own words, the situation escalated to the point that caring for the dog had become more challenging than caring for our baby. We found ourselves wondering whether we were being fair–to Emma, to ourselves, and to Noodle. You can read about that emotional chapter of our lives here, but Noodle is now a changed dog. Yes, she still barks like crazy a few times per day, and yes, she sometimes adds to the frustration of parenthood. But Noodle 2.0 is here, and SHE’S GREAT.

A few key differences between the original model and Noodle 2.0:

Anyway, Noodle’s living her best life over here, and never have we loved her more. Can you relate in any way? I love hearing pet stories, so please share if this post conjures up some memories for you! 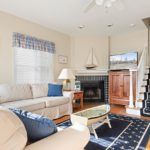