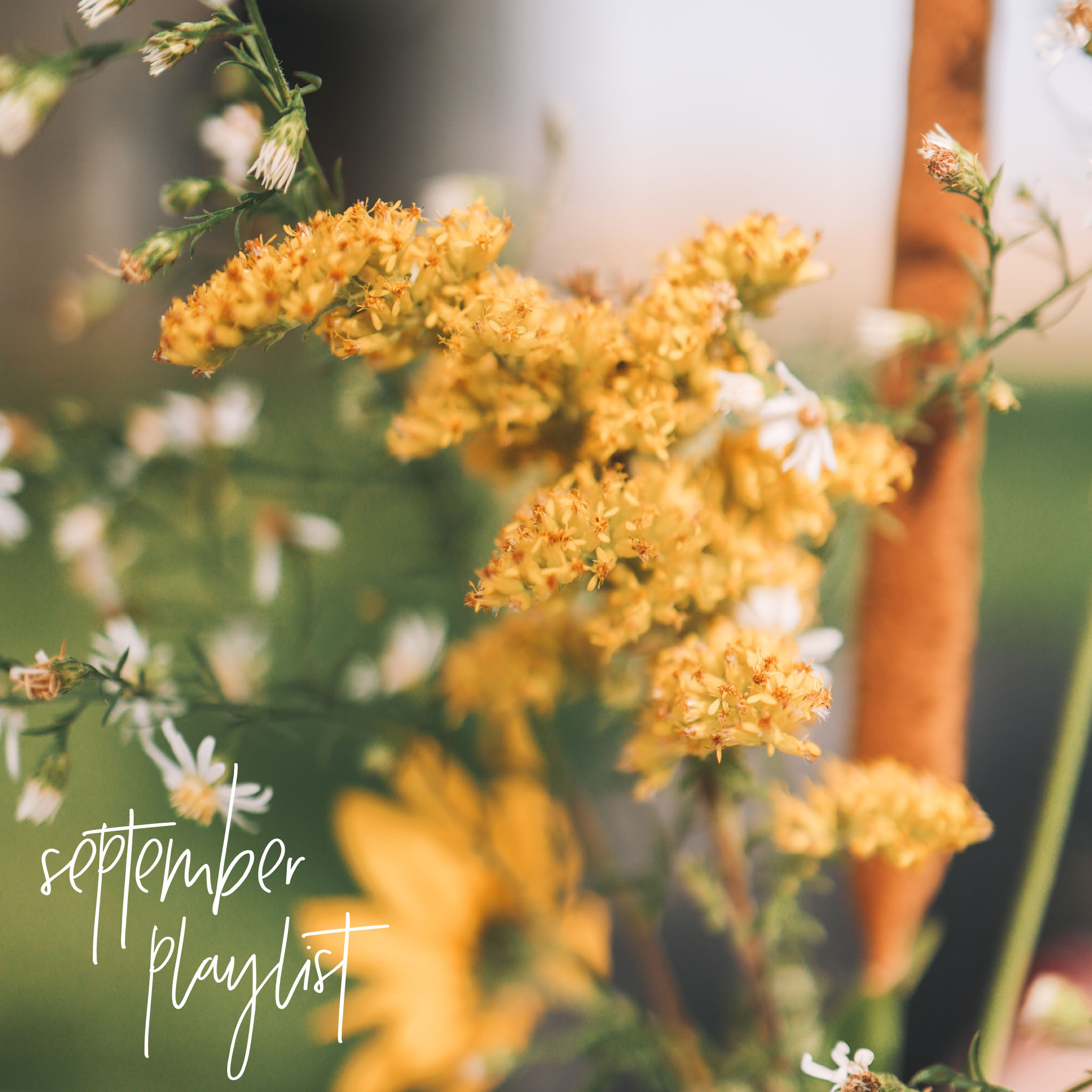 Just like in months past, I’m sneakin’ the September Spotify playlist in, guys. 😉 I’m so good at blogging.

If you caught my June, July and August posts, the gist is that I pick a few songs from the month’s playlist, and write about their significance. The catch is that I can’t write for longer than the songs’ lengths. (For example, if I’m writing about the song “California Stars,” I have only 4 minutes and 59 seconds to write and then I have to stop.)

“September Grass” by James Taylor: Both my parents and my in-laws are big James Taylor fans, so Mitch and I grew up listening to and loving him. “September Grass” brings me so much comfort every September; right when I start freaking out about the upcoming cold and SAD, I hear the lyrics—and fine, maybe F. Scott Fitzgerald, as predictable as that is 😜—and I find a sense of calm again. (Btw: My post on depression is missing readers’ comments. I’m so sorry about that. Apparently when I changed around the commenting system here, a ton of posts lost their comments. This was an unfortunate one, as readers left such thoughtful responses and personal anecdotes. I’m working with my awesome developer to at least get the original comments back, though. GO ROB! You can do it!)

A funny James Taylor story: Back when we lived in New York, Mitch’s parents came to see us and they got tickets for all of us to see James Taylor at Madison Square Garden. Beforehand, we took them to the rooftop bar at La Quinta Inn, which used to be known for its cheap drinks, and told them not to worry about getting to the show on time. “Concerts at MSG never start on time,” we told them. Of course, James Taylor did come on right on time, haha, and we missed the first five minutes… which John and Lisa will never let us live down. Any time schedules come up in conversation, someone jokes about the JT incident. 😂 (Also, weird: On our walk home from the show, some random guy with two golden retrievers, MANY blocks away from the Garden, shouted to us, “Hey! How was James Taylor?” To this day, we can’t figure out how he knew we’d been at the show. I was dumbfounded and I still am! (Unless he was sitting next to us and took a cab home to walk his dog and then happened to bump into us again but what are the chances?!) Any other guesses are welcome.

“Rose Tattoo” by Ellis Paul: When Mitch and I were in our 20s, we were broke and living in dumps and not that happy at work and consequently with life. It goes without saying that everything got so much better when we found each other, but I’ll admit that we didn’t expect to face such big struggles like infertility and extreme homesickness once we turned 30 and found ourselves in a new city. We used to play this song a lot during these early years, and whenever it comes on now, I’m reminded of how much we have to be grateful for. Family and love are everything. That said, no rose tattoos for us. ;)

“Never Gonna Say Goodbye” by Dawes: If you read this post, you know that I’m still trying to get over the loss of Ryan Adams. He’s an &%^$&^%$, but IT’S HARD, OKAY? It’s like that ex who’s the worst ever but your heart still pangs when he flitters into your memory. Anyway, Ryan Adams’ awesome ex-wife Mandy Moore—who’s SO much more than just Ryan Adams’ ex wife—married the singer behind the band Dawes, and this song is about meeting her. It warms my heart. This is going to sound very cheesy, but I’m so happy for them. Goodbye, Ryan.

“Jane” by The Barenaked Ladies: Lucy’s middle name is Jane for a lot of reasons, not including this song. (I know you’re probably tired of hearing about this, but my first NYC apartment was on Jane Street, my sister-in-law is “Sarah Jane,” and Mitch is a huge Beatles fan and Emma loved “Lucy in the Sky with Diamonds” when her sister was born.) But I’ve loved this song since I was in the fourth grade… and I must admit that I sing (non-sad parts of) it to her pretty often.

“Shine a Light” (Flight Facilities Remix) by The C90s: YES! This makes me happy. It’s another one of those songs Mitch and I played on repeat in our younger years. Here’s a “One Minute Every Day” video that Mitch made to it for 2014/2015. 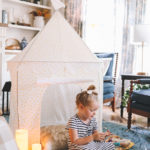