Questions for Your Dad, Part 2 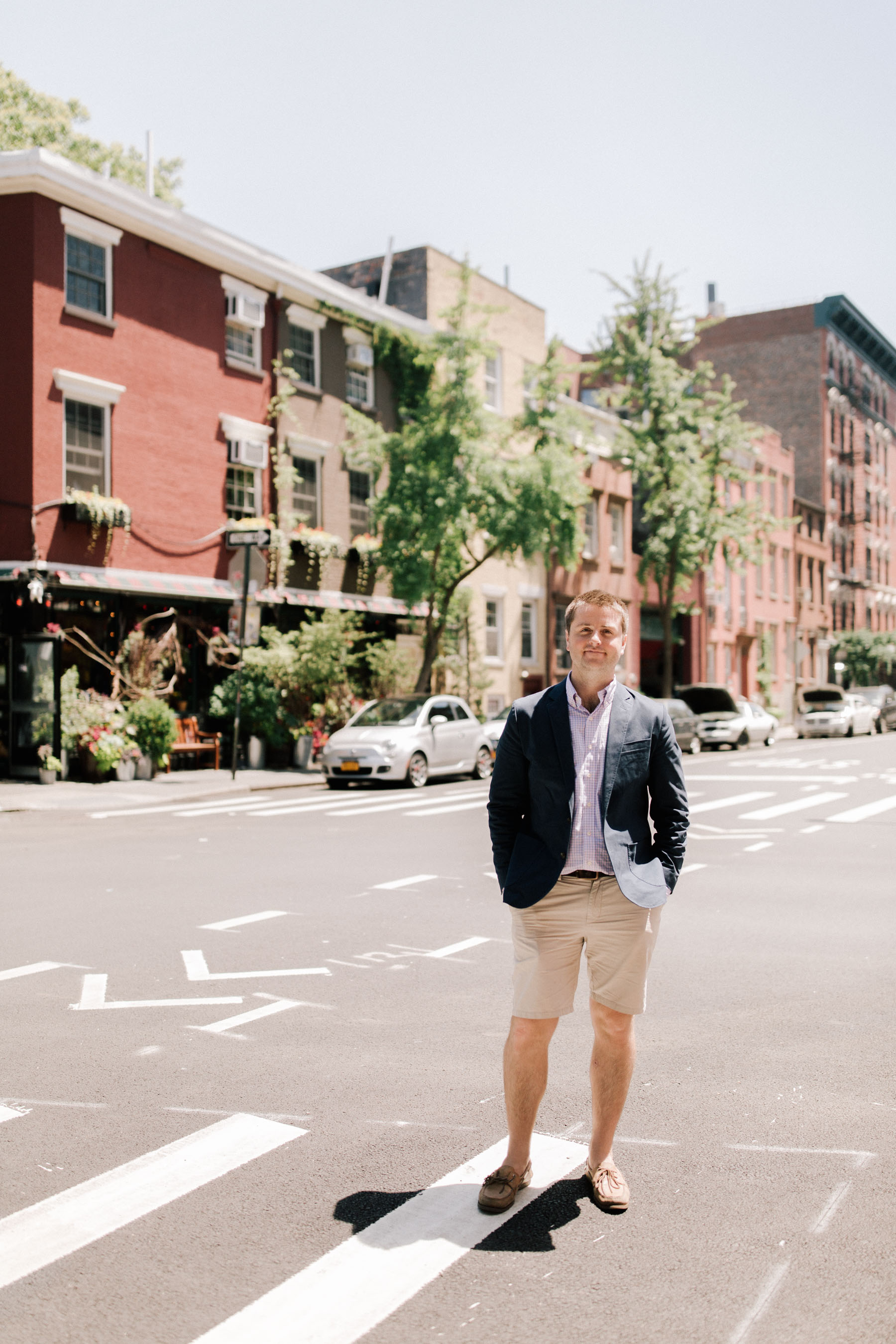 Today’s post is a follow up to Questions for Your Dad Part 1, with even more questions and even more dad jokes. I’m full of them, people!

For example: Why did the blind man fall into the well? Because he couldn’t see that well.

Anyways Questions for Your Dad is a blog series in which I answer these questions for Emma, even though she’s too young to ask them, and by the time she’s old enough, she won’t care. Enjoy!

1.Who was your best friend in elementary school?

“Best friend” is a weird little phrase. It’d be tough to find a more off-putting term in as few words. Maybe my best friend has a more superior friend I don’t know about? Or maybe one of my lesser friends considers me the bestie? Who am I kidding? Nowadays, “friend” means anyone I text with once a month.

But when I was a little kid in elementary school, I was KING! Best friend? Line them up and let me know which day of the week it is. Roll the dice. You think this is a game?

In reality, my best friend is a guy who prefers not to be mentioned on this site. He totally exists by the way; he just lives in another state and doesn’t even go here. He’s great, though. Promise!

I’ve had the same best friend since I was 10, and our friendship has morphed a few times over the years. We backpacked Europe together when we were 18, went to college together, moved to New York together, and started our business together. Hopefully he doesn’t read this, but I can’t imagine my life without him.

In a word, no. And in a couple words, also no. But I don’t want you to think I’m not award-worthy! Once I won a Bon Jovi CD on the radio (a CD was a circle with 12 or so songs on, it by the way) and even though it was more of a prize than an award (and the album was truly awful), it meant something to me! It’s good to appreciate the small things in life. Remember that.

I did, however, win a mock award for sense of humor in high school. Mock awards were not actually awards, but the word “award” is in there, so I’m going to run with it for a minute here. Though, actually, I didn’t really deserve it. I just went to school in a particularly boring section of Central Illinois. Also, as a former teacher, I cringe at the thought of my overly confident adolescent self trying to crack jokes in math class. If any of my former teachers are reading this, I’m very sorry.

3. What did you want to be when you grew up?

In my 20s, I used to jokingly throw around the phrase “When I grow up,” but the jokes are over now that I have a wife, dog, kid, house and stuff. I’m grown up; it’s over. I own more than one sprinkler, for example. And I don’t even have a lawn!

Ten-year-old Mitch would tell you he wanted to be General Manager of the Chicago Bulls. I think 10-yea- old Mitch vastly underestimated the importance of Michael Jordan to that particular job, and as a result, I doubt there are many 10-year-old kids amped up about the Bulls these days…

Thirty (three)-year-old Mitch just wants to be a strong dad, and a loving husband and he kind of wants a job where he can sit on a front porch for a good chunk of the day. Whittler? Banjoist? I’m open to suggestions.

How did you meet Mom?

We were teachers in the Bronx when we met, and while I’ve written extensively about meeting her on this site, I’m going to tell the story again here because it makes me happy:

We met nine years ago, and I can still remember the details of each little moment. First I saw your mom on 149th Street in the South Bronx wearing a yellow raincoat and yellow rain boots. I remember nervously riding the bus to our first date, and how bad the $3 bottle of wine I brought tasted. Also, I remember how gossipy all the teachers and students were about the whole thing as, technically, it was a middle school relationship. And I remember lying to our parents when Kelly moved in only six weeks later and I also know how FURIOUS I’ll be if Emma tries to pull anything like this in the future.

What was your first job and how did it go?

My real first job was mowing lawns when my brother was too lazy to do them himself. He’d started a lawn mowing service one summer, and as soon as it grew into something that required his attention, he got lazy and quit. So I took over, renamed the thing “Mike’s Mowing,” and got to work.

The problem was that I, too, am very lazy… and I was really quite bad at mowing lawns. As a result, I got fired so swiftly and frequently that I probably set a record. I’ve been fired more than most people you’ve ever met. Honestly, I’d say I’ve been fired maybe 50 times. And it’s not like I was downsized by some mid-level manager, I was FIRED by friends, neighbors, teachers–almost everyone I knew. I was even fired by my own parents… twice!

Since then, I’ve had all kinds of jobs (dishwasher, sorority house boy, Special Olympics coach, teacher, blogger husband, etc.) and I miss the days of Mike’s Mowers. But with my reputation, I doubt I could get a mowing job ever again.

Did you have a mentor growing up?

I’ve spent most my life modeling myself after my older brother. He’s way cooler than I am, he’s super intelligent, and he’s honestly the most hilarious guy I’ve ever met. He has a way of drawing people in and forming these incredible groups of friends at each stage of his life. Anyone I introduce to my brother comes back saying, “Man, your brother is a really great guy.” It happens every time.

So I basically followed him around for most of my childhood. As mentioned above, I literally copied his lawn mowing business. (And then destroyed it.) I followed him to the University of Illinois, joined his fraternity, and, following this same logic, got the same degree that he did.

Of course, in adult life, he is massively successful, with a beautiful family to which he’s an incredible father. Dude is even the best uncle I’ve ever seen. He taught Emma to call him “Funkle” the last time they were together.

While our paths have diverged a bit in adulthood, my brother has given me guidance every step of the way. If anyone was kind enough to compare me to him, I’d take it as a huge compliment. :)

What mistakes taught you the most about life?

I’d say the biggest mistake I made in life was studying Economics in college. Now don’t get me wrong; I’m sure my college experience was formative, developmental and fundamental to my adult experience. They have a 10,000-pound statue to remind me of that fact right on campus. And I’m not saying that U of I was the wrong place for me. What I’m saying is that I was ill-equipped to make such a decision as an 18-year-old kid, and maybe going to college as a teenager wasn’t the right move for me in the first place.

I was motivated by all the stuff that motivates a teenager, which, coincidentally, has absolutely nothing to do with a college education. (Like following my brother, competition with classmates, and proximity to home.) If I could do it over again, I’d try to focus on–oh I don’t know–a career and stuff? Instead I worked just hard enough to get into where I thought I should go to school, and put off the whole career thing until a later date.

Luckily, I was able to bounce back from the mistake, and discover my true passions after college. A teaching fellowship and a graduate degree in New York City and a couple entrepreneurial projects got me back on track toward my current career. But I can’t help to think what would’ve happened if I was honest with myself back then.

How would people who knew you in high school describe you?

This question is just impossible. I doubt anyone from my high school reads this blog, but if you’re out there, maybe leave a comment below to clue me in. My buddy from high school says that I was “a guy with a car who wore dirty t-shirts,” and while what I drove barely qualified as a car (old station wagon with “Jedi” on the license plate), the dirty t-shirts thing is true.

As I remember it, I was a lackluster athlete who played football (for one month until I got injured), basketball (I rode the bench and quit after a year), and tennis (which I still love to this day). I went to prom but my date left me halfway through the night to go to a house party. And, for my crowning achievement, I co-wrote, co-directed and sort-of acted in Back in ‘Nam. This thing improbably won our high school film contest, but be forewarned that it’s absolutely horrible. So I guess I did win an award after all. For Back in ‘Nam in high school… 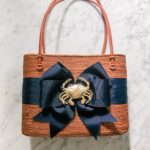