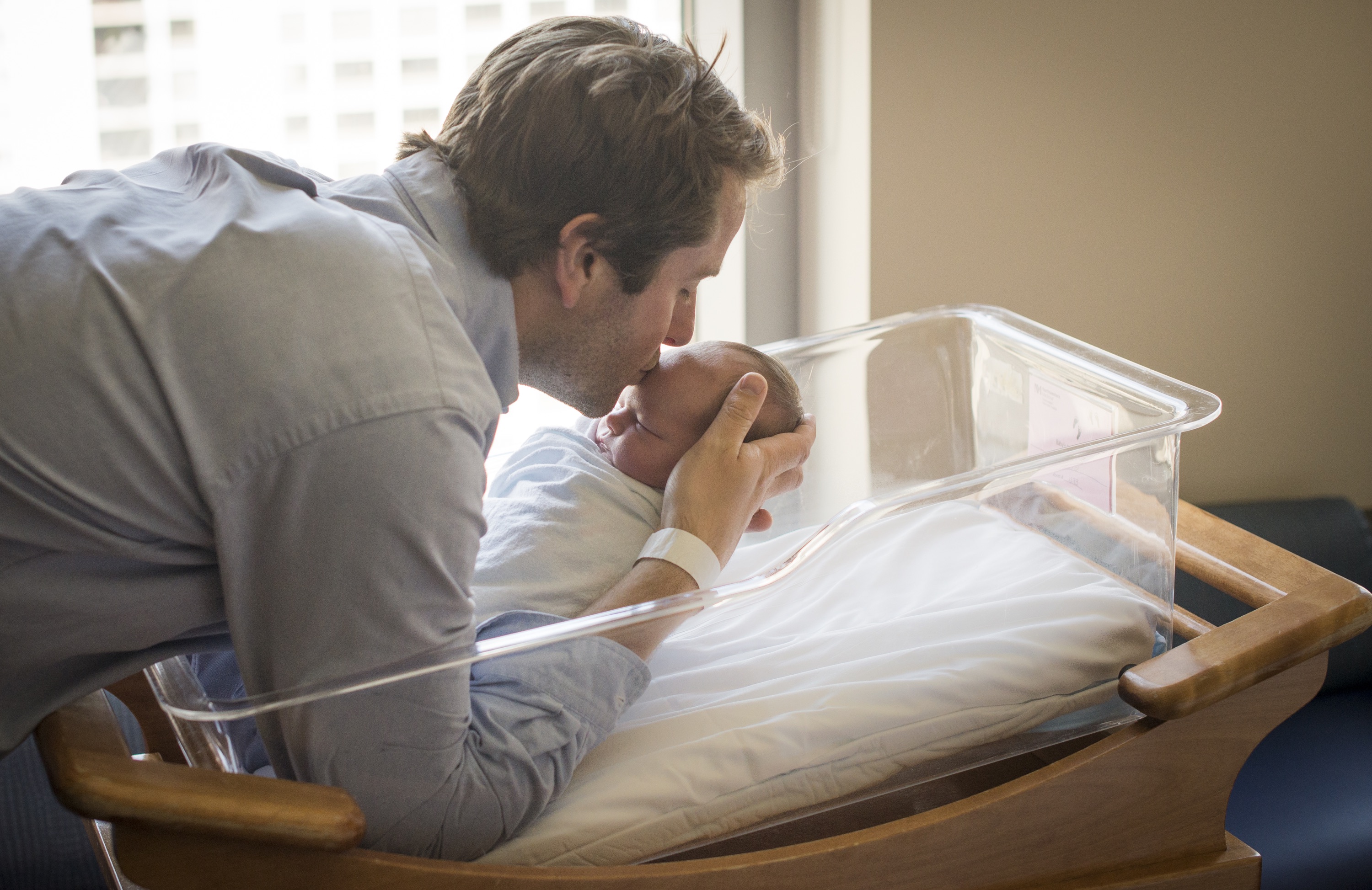 This story has turned into my white whale. An actual blogger could have wrapped it up in a single post, but I’m asking for a little learning curve leniency here. Check out Part 1 and Part 2 if you missed them, and thanks for sticking with me.

I think it’s worth mentioning how terrified I was of Delivery Day. (Which I’ve aptly named “D-Day.”) I was constantly thinking about how many billions of things would need to go right in order for us to have a healthy, happy baby, and so I tried as hard as I could to prepare myself for what would surely turn out to be an emotionally wrenching, tragic day.

Growing a baby in the modern world requires planning and preparation. A whole industry has been built around developing and designing the ideal baby “birth plan.” Kelly and I were both convinced that a traditional delivery wasn’t in the cards for us, though, so we decided against making a birth plan. My thought was that whole “billions of things would need to go right” thing, and Kelly’s thought was that she didn’t exactly have child-bearing hips. (And she’d never been physically strong.) While we knew we wanted to give the pushing thing the old college try, we realized we’d likely need to call in the C Section Squad at some point. Essentially, we decided that we’d simply do whatever the doctors recommended in order to get the baby safely out.

Honestly, I hadn’t given much thought to my role during the delivery. And my knowledge of the female anatomy was strictly recreational up until that point. I mean, I was under the general impression that delivery would commence and I’d go stand off to the side. (Maybe even in the corner?) But there we were, on the the 14th floor of a hospital in the heart of downtown Chicago, just as the sun is coming up outside. And as a flurry of nurses transformed our quiet little room, everything quieted down and the doctor gave me the nod.

Hold Kelly’s leg?! I have something to do?!

Listen: I can hold a leg. I can be strong for Kelly and help her in any way possible.

I assumed the position and forcefully jammed my wife’s knee back to her chest.

All jokes aside, I was ecstatic that I could be involved in this small way. I was now in the perfect position to watch Kelly do the most amazing thing I’d ever seen.

The “PUSH!” concept makes sense in theory, but how do you exert a muscle that you’ve never used before? Does your body just do it or will the doctor give some kind of instructions? In the weeks leading up to the delivery, Kelly was terrified that she wouldn’t figure out how to do this. But she was such a pro. She was perfectly calm! When it was time, she scrunched her face, flexed her muscles and gave it her all for 10 full seconds before resting. (Ten seconds is a long time!) Again, I thought this pushing thing was all for show, but after a few rounds, the doctor showed me the top of the baby’s head. That moment filled my body with such emotion. This baby that we’d desperately wanted for so long was no longer an abstraction but a reality. That was my kid’s head!

Apparently, the contractions that Kelly had been experiencing all day had a purpose. They were getting the baby into position for the final push. Kelly had to wait until a strong contraction came along for the go-ahead, and when she got it, she pushed for ten seconds. And then our little baby delivery team sort of just stood around awkwardly for about a minute waiting for the next contraction. When I could see the top of the baby’s head, I had a real-life “progress bar” for how the pushing was going. From my perspective, though, things weren’t progressing. Kelly was pushing as hard as possible ,and that head just wasn’t budging. I was sure our lack of a birth plan was in effect, and that at any minute, we’d be wheeled off to an operating room. But on maybe the tenth push, the head moved about an inch and twisted slightly. At that moment, the doctor got much more serious.

“Okay. We’re going to have this baby,” she said.

Kelly says that she didn’t think it was going to happen until she saw the tears in my eyes. Each subsequent push resulted in a sizable portion of the baby steadily coming into the world.

Up until this point, when I looked at Kelly, I saw an immaculately dressed blonde bouncing towards school on 149th Street in the South Bronx. I saw a woman who quickly became the most important thing in my life, and who has filled every day with love and happiness for the last seven years. But ever since this moment, I have seen her as the person who gave me the most incredible gift I could ever hope for: a whole new tiny member of our family. And she did it in true Kelly fashion, with confidence, grace and beauty.

We were convinced that we were having a boy. Yes, we painted the nursery gray and filled it with elephant toys in an effort to create a gender-neutral room, but that was really just to appease our moms. Kelly bought and washed a wardrobe’s worth of boy clothing, for crying out loud. We even referred to the baby as “he” by the end. So as the baby emerged, I thought the gender was a foregone conclusion. But after a brief moment of confusion with the umbilical cord, it hit me.

Only someone who has stood in that spot could know how I felt watching my daughter take her first breaths, hearing her perfect (albeit screeching) voice for the first time, and watching her blink her beautiful blue eyes in the bright lights. Imagine what Emma must have been thinking, as she finally saw her parents’ faces.

She was a tiny, purplish human with ten fingers and ten toes. She was perfect. I felt frozen; I could only stand there and stare in awe. Should I stay by the bed and comfort Kelly? Was I even capable of comforting a superhero who could give birth to such a perfect little human being? Should I walk over to the little baby emergency table? Was I allowed to be that close yet? When did I get to hold her?!

Emma was cleaned off, measured, weighed and rushed back to Kelly’s chest where she belonged. They were the cutest little couple. Emma was exhausted and comfortably fell asleep right away. She was tucked right under Kelly’s chin like it was the most natural thing. After maybe five minutes of crying happy tears, Kelly realized she hadn’t yet seen Emma’s face, and I had to take a photo on my phone so she could see. :)

The next few hours and days are a blur. I remember Kelly and Emma in a wheelchair. I remember a new room and a view of Lake Michigan. I remember trays full of apple juice. I remember spoiling the Emma surprise on the phone. Twice, with both sets of parents.

“We have a special little addition to our family and she can’t wait to meet her grandparents!”

The hospital staff kept using the word “Dad” around me and it was so confusing. To me, Dad was John Larkin, a farmer from Central Illinois who was en route to the hospital in a pick-up truck. “Dad” is a word I aspire to. Does “Dad” just happen because the baby is out, breathing breaths?

If I can brag about myself:

I was actually pretty helpful in the hours and days after Emma was born.  I was there to speak to the nurses. (Kelly needs more blankets; fewer blankets; the same amount of blankets!) I was there to bring Kelly water. (Preggo ladies aren’t allowed to eat or drink at “Go Time,” so water becomes a point of concentration after the baby is born.) I knew where to put the pillows when Emma was nursing. (Everywhere.) I even remembered to mark the pees and poops on the dry erase board.

Delivering a baby is not a casual thing. Kelly was in rough shape, ladies and gentlemen. Emma has the standard 99.9th-percentile Larkin Head Size. Yes, I’m talkin’ about being carried the bathroom. Kelly was so tired that my job was to wake her up for Emma’s first meals.

I could keep writing this post for weeks. I could tell you about Emma failing her hearing test and how I paced around the hospital for 24 hours and even had to leave the building because I was so upset. (She eventually passed). I could tell you about the absolute joy of introducing my daughter to her grandparents, or about sharing a cup of hospital coffee with my my parents and smiling so much that it hurt my face. I could tell you about leaving the hospital and how you apparently can’t just pack up and hit the elevator button. (There’s important paperwork to sign and some other stuff to do so everyone knows you’re not just stealing a baby.)

But I leave you with this:

I distinctly remember the moment when we were driving back to our little home in Lincoln Park at 15 miles an hour, and Kelly and I looked at each other in awe.

One of us asked, “Are they really letting us take this baby home?!”

Up until that point, we’d always had a professional “partner” of sorts in this journey: a fertility clinic doctor and eventually (thank god) a regular OBGYN. And then there was the anesthesiologist and the team of expert nurses. And finally, the doctor who ended up delivering Emma. We’d desperately wanted to be the parents of this perfect little baby for so long, but what the hell are we to do now? We have no idea what we are doing!

I’ve truly enjoyed writing these posts for you guys. But eight months later, my opinion is that the first moment isn’t the most important part of the story. It’s those moments when your baby wakes up for real at 2 a.m. and you have to cover. Or when she babbles “dadadadada” and you take it personally. Or when she gets sick for the first time and you freak the heck out. I hope to have the opportunity to share these stories with you in parts 4 or 5 or 6 or 7 if Kelly gives me the chance. (What do you guys say?! Convince Kelly to let me continue!) But we’re getting up early in the morning (during our first family vacation) to take Emma to Disneyland, so… 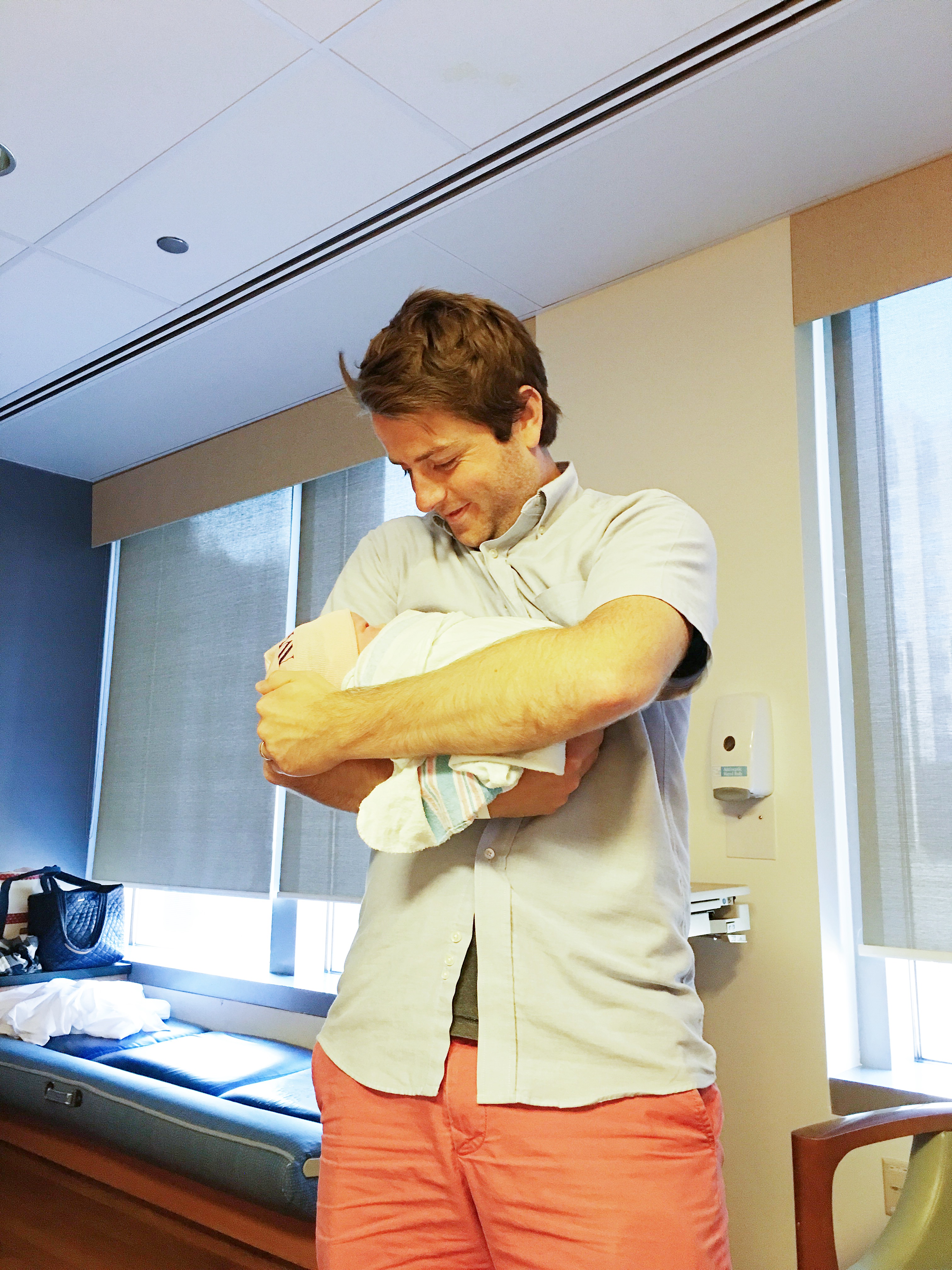 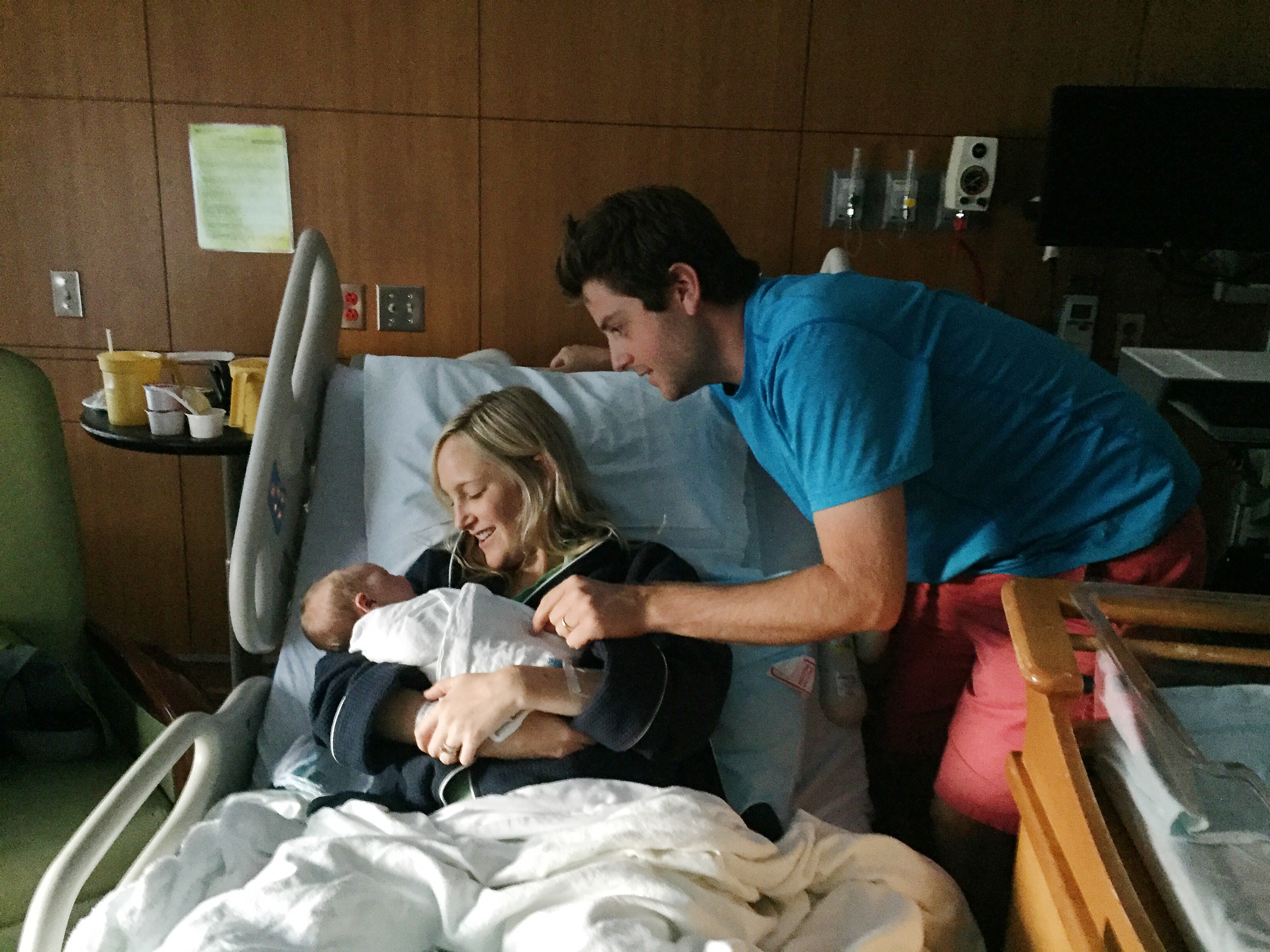 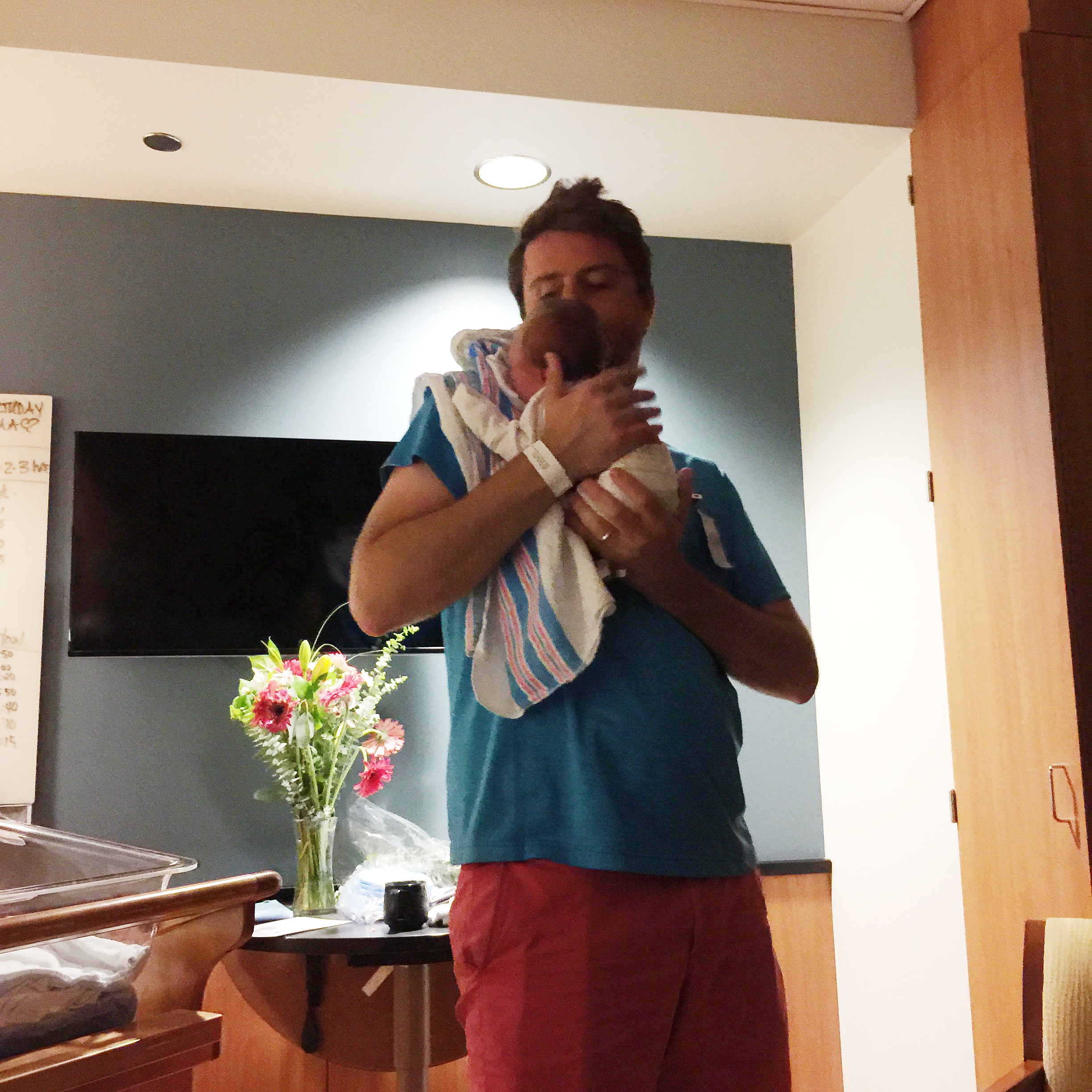 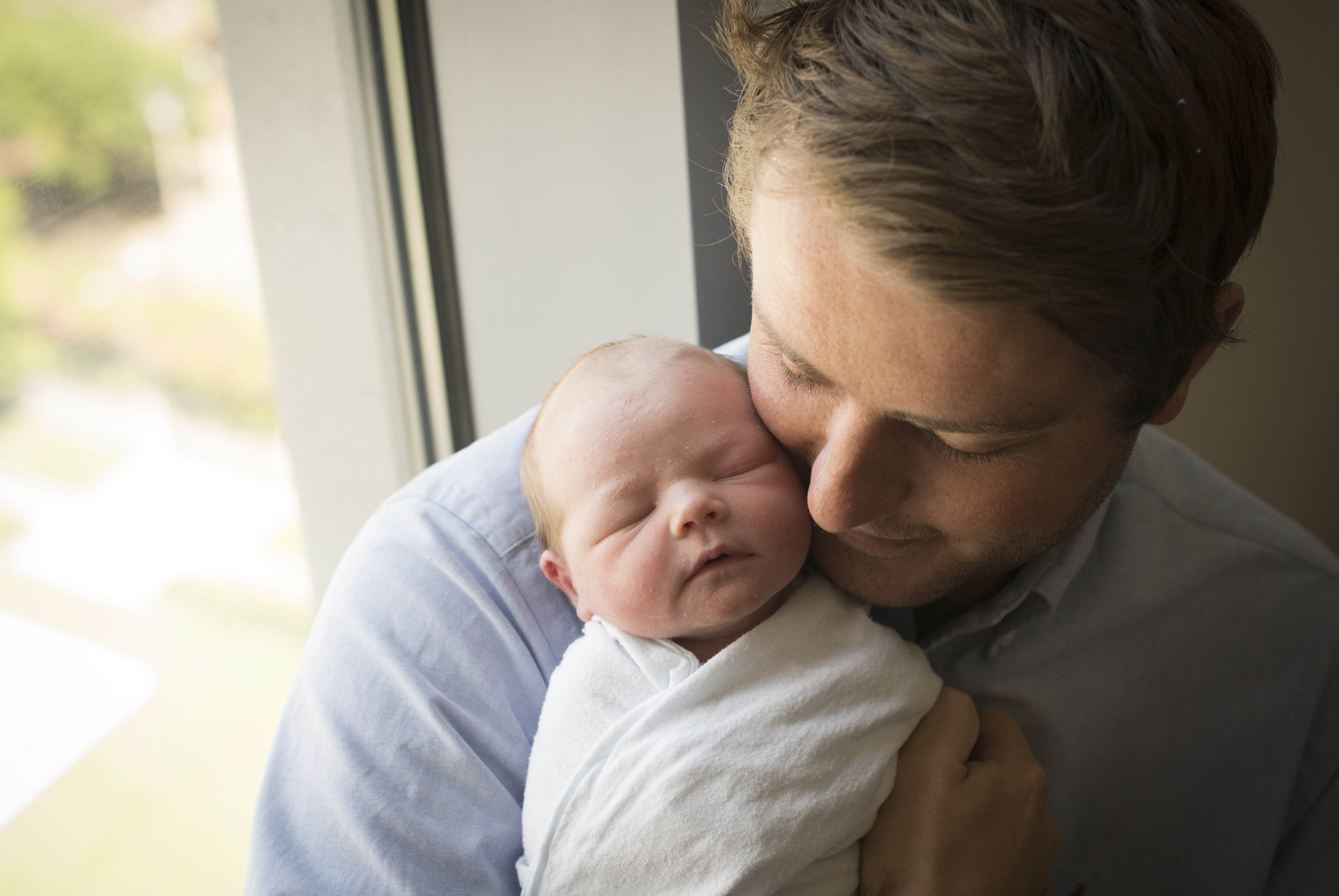 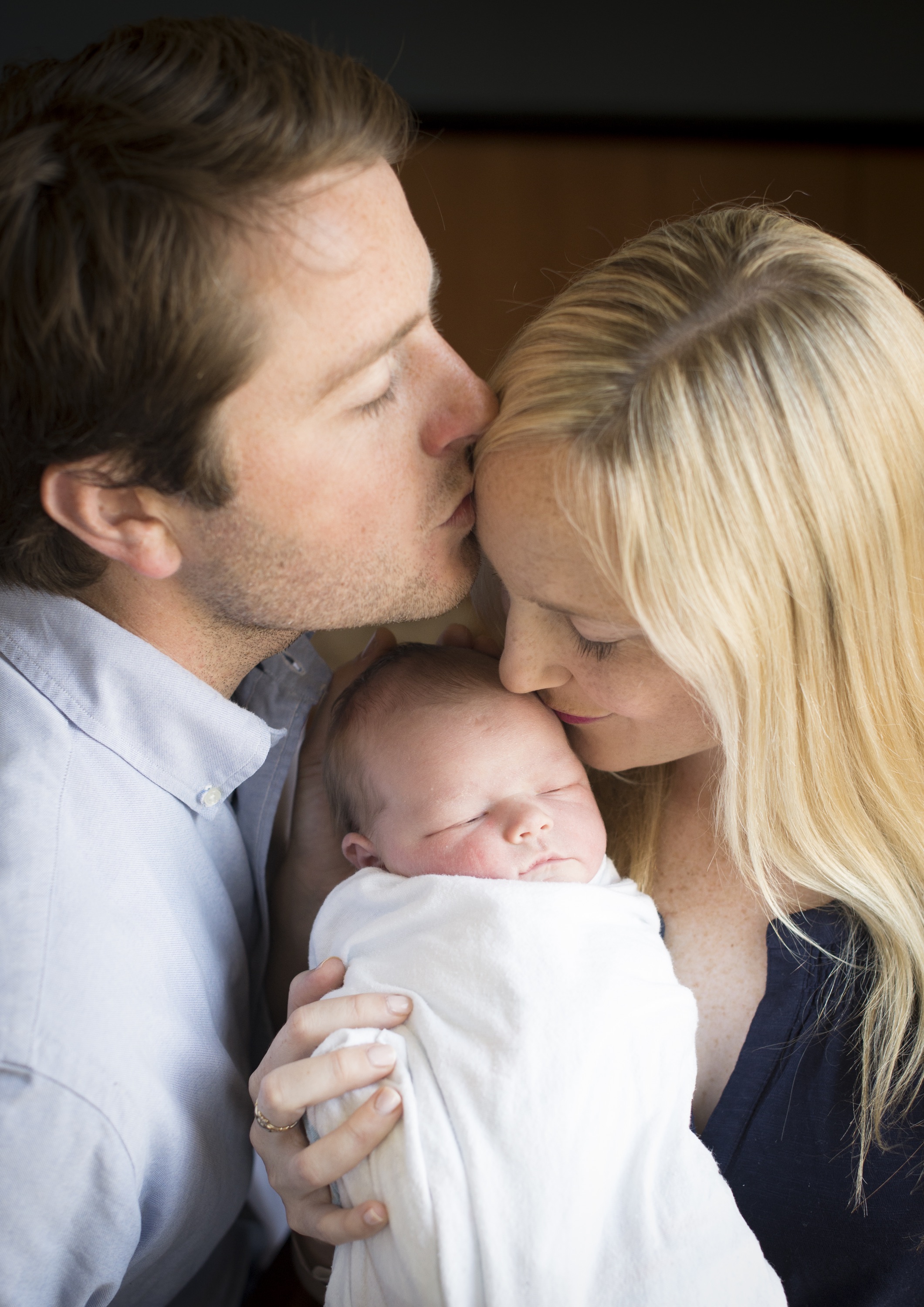 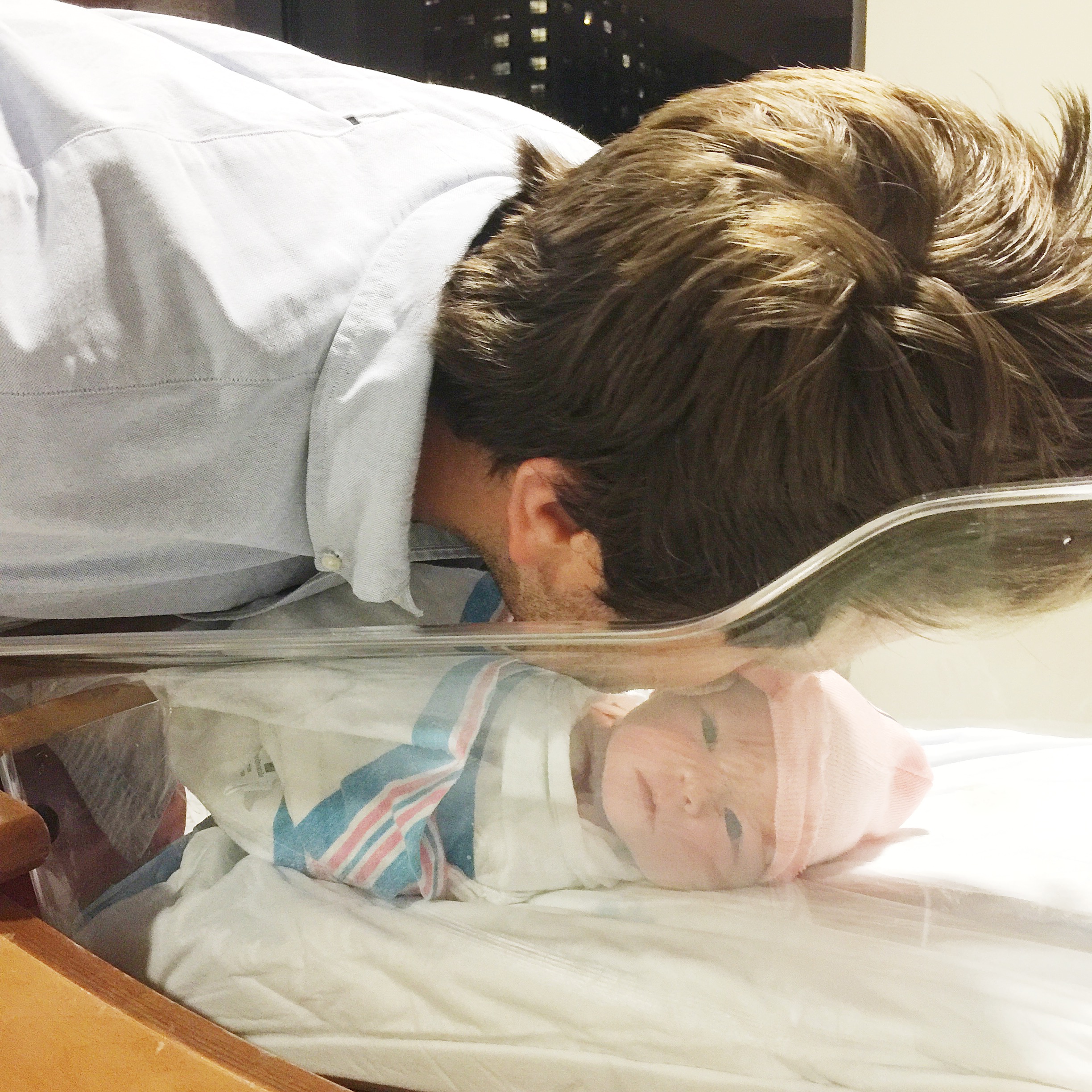 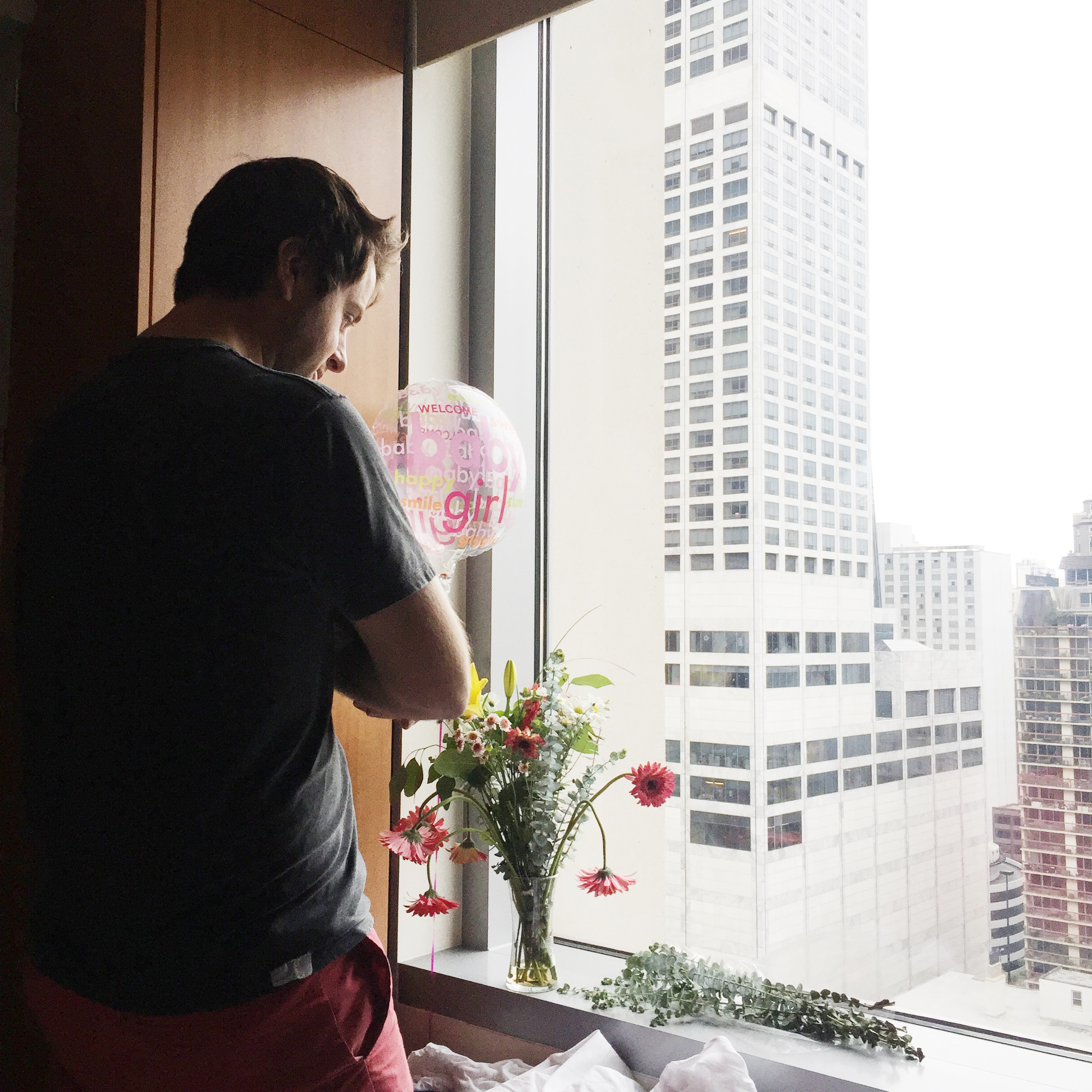 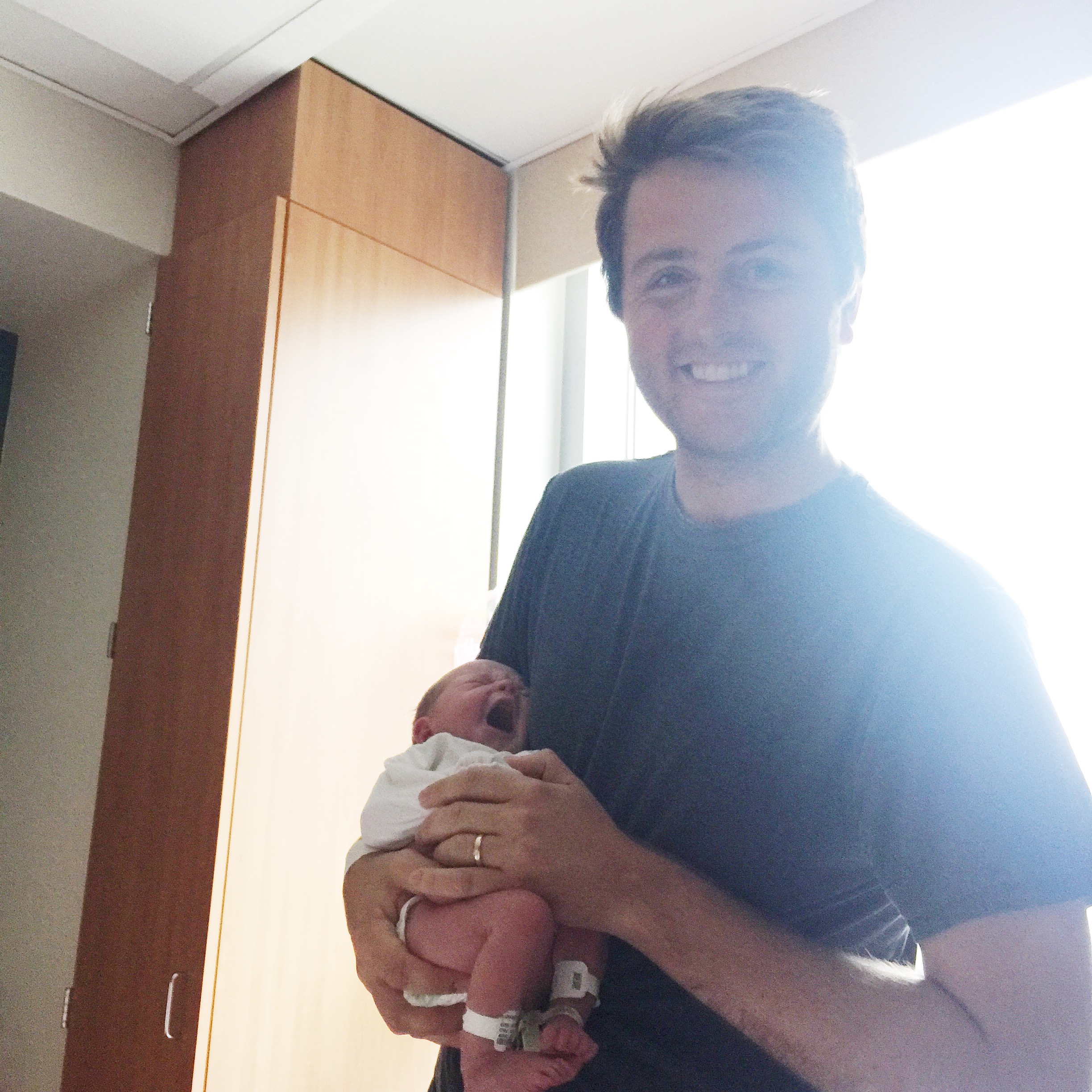 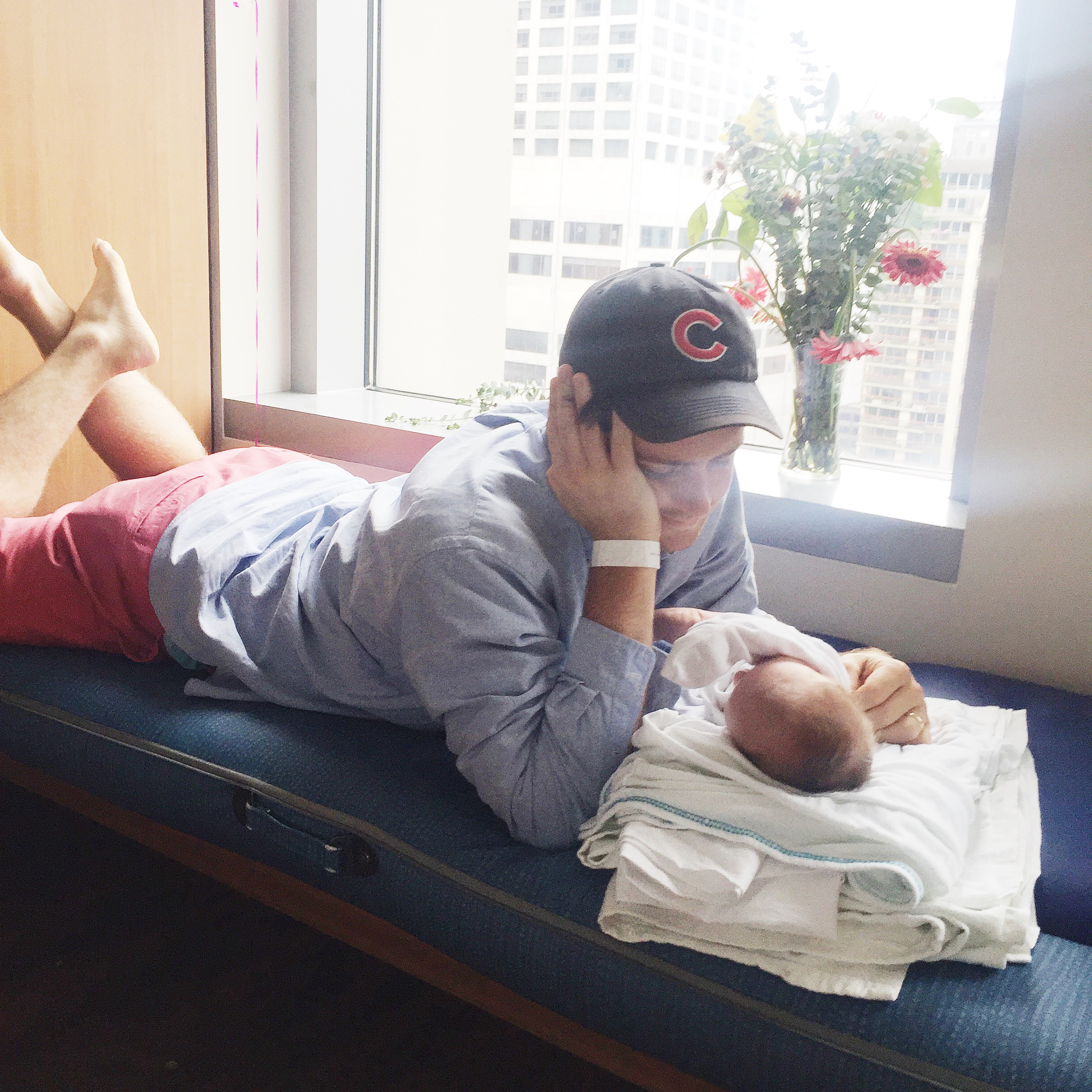 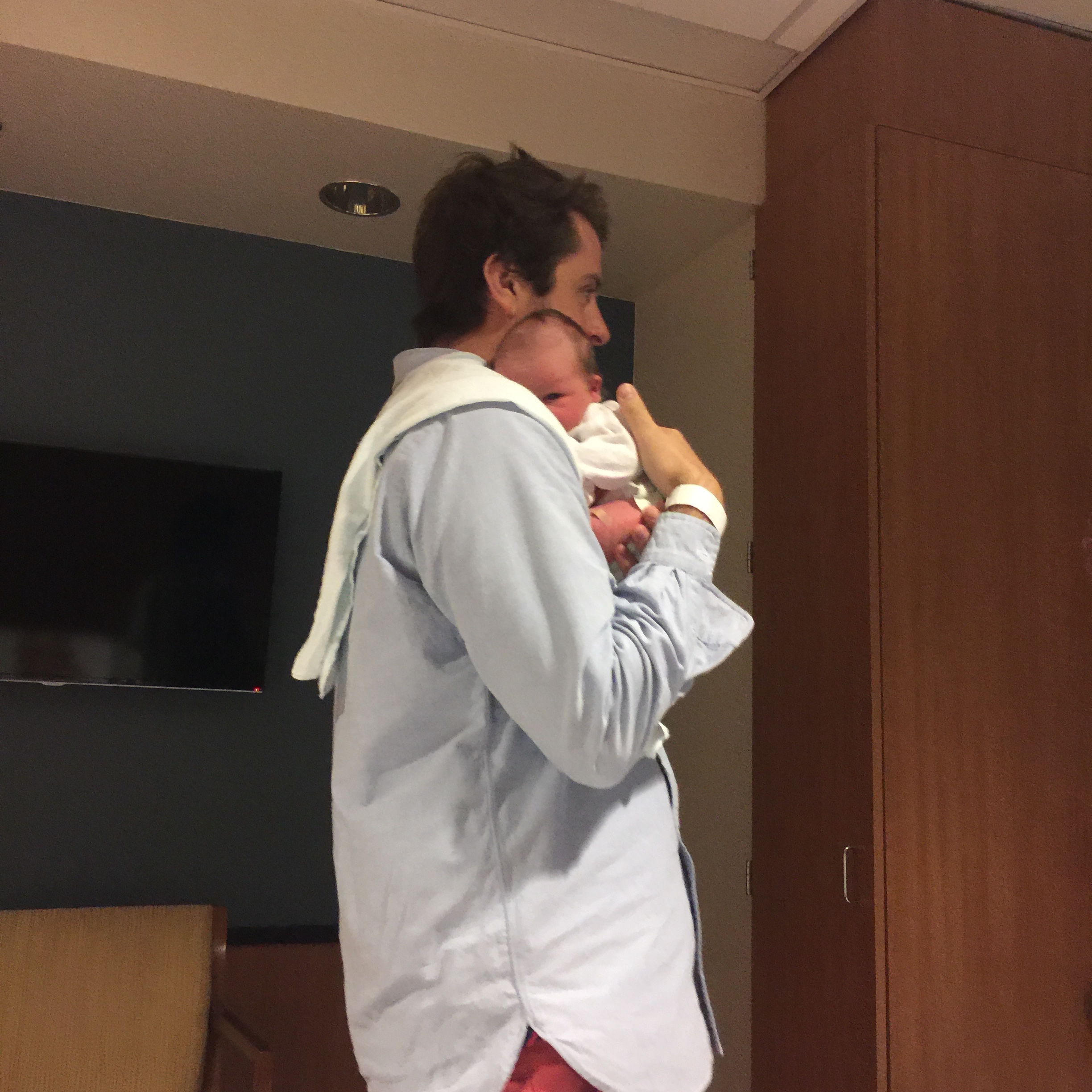 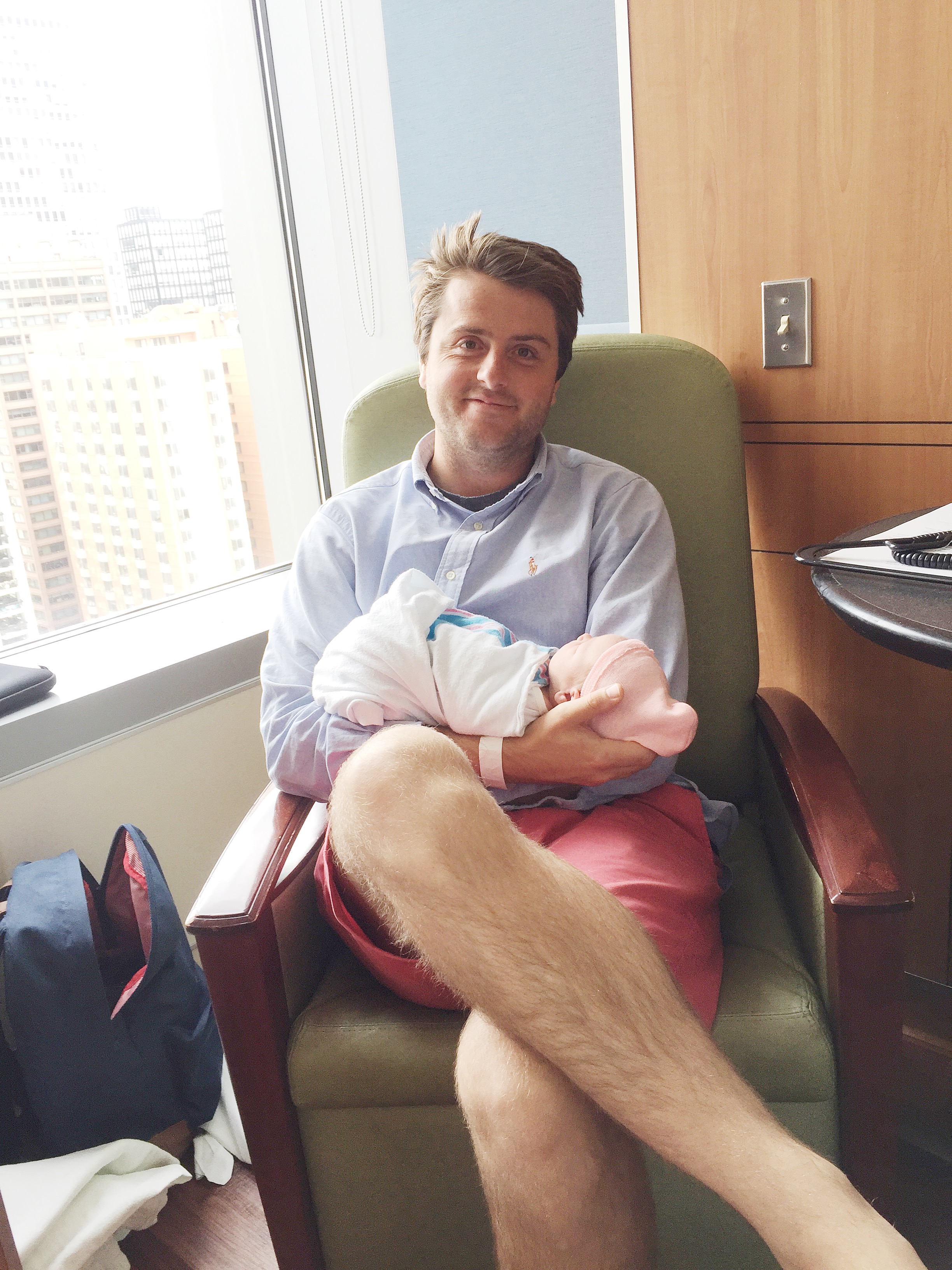 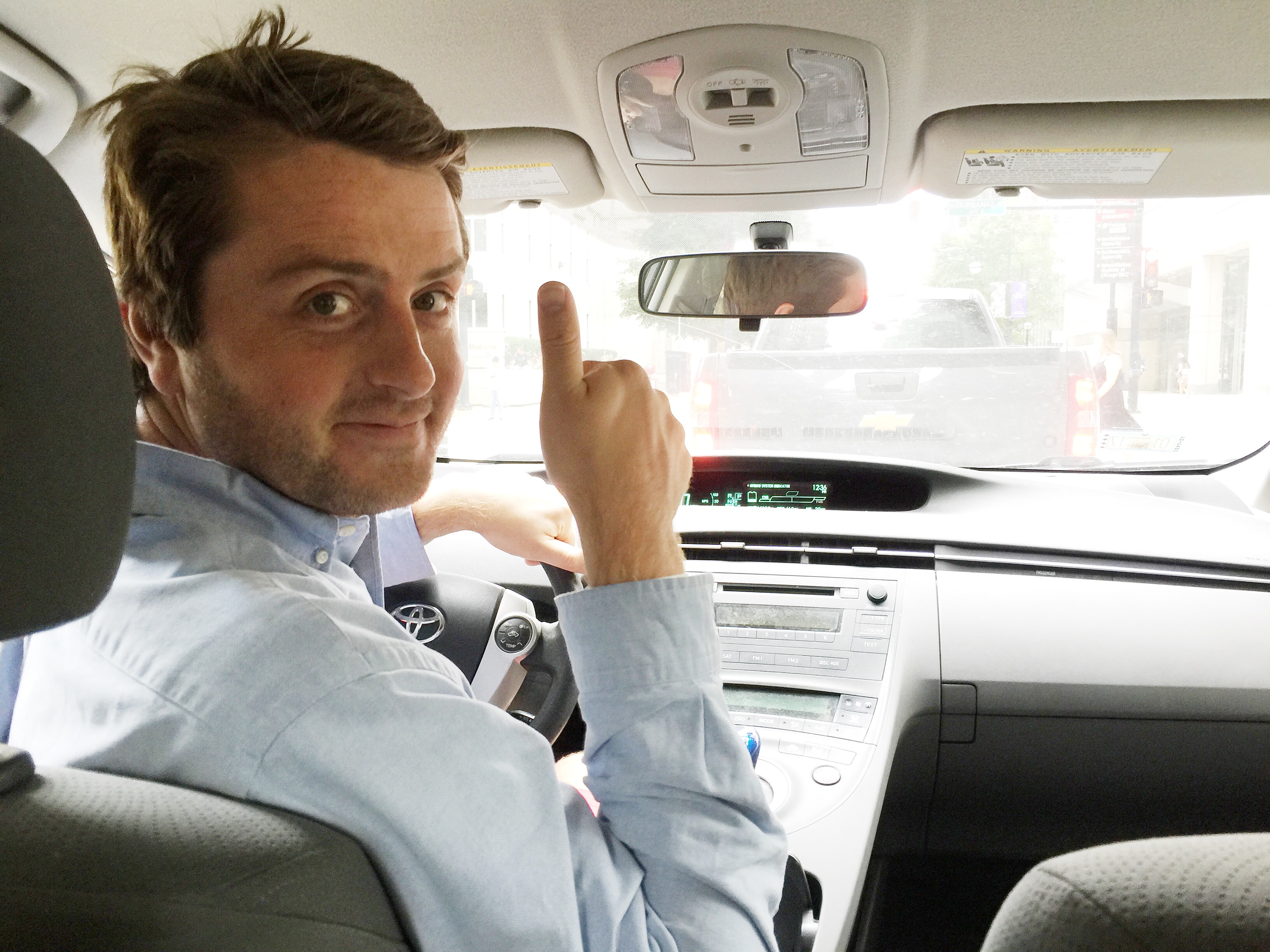 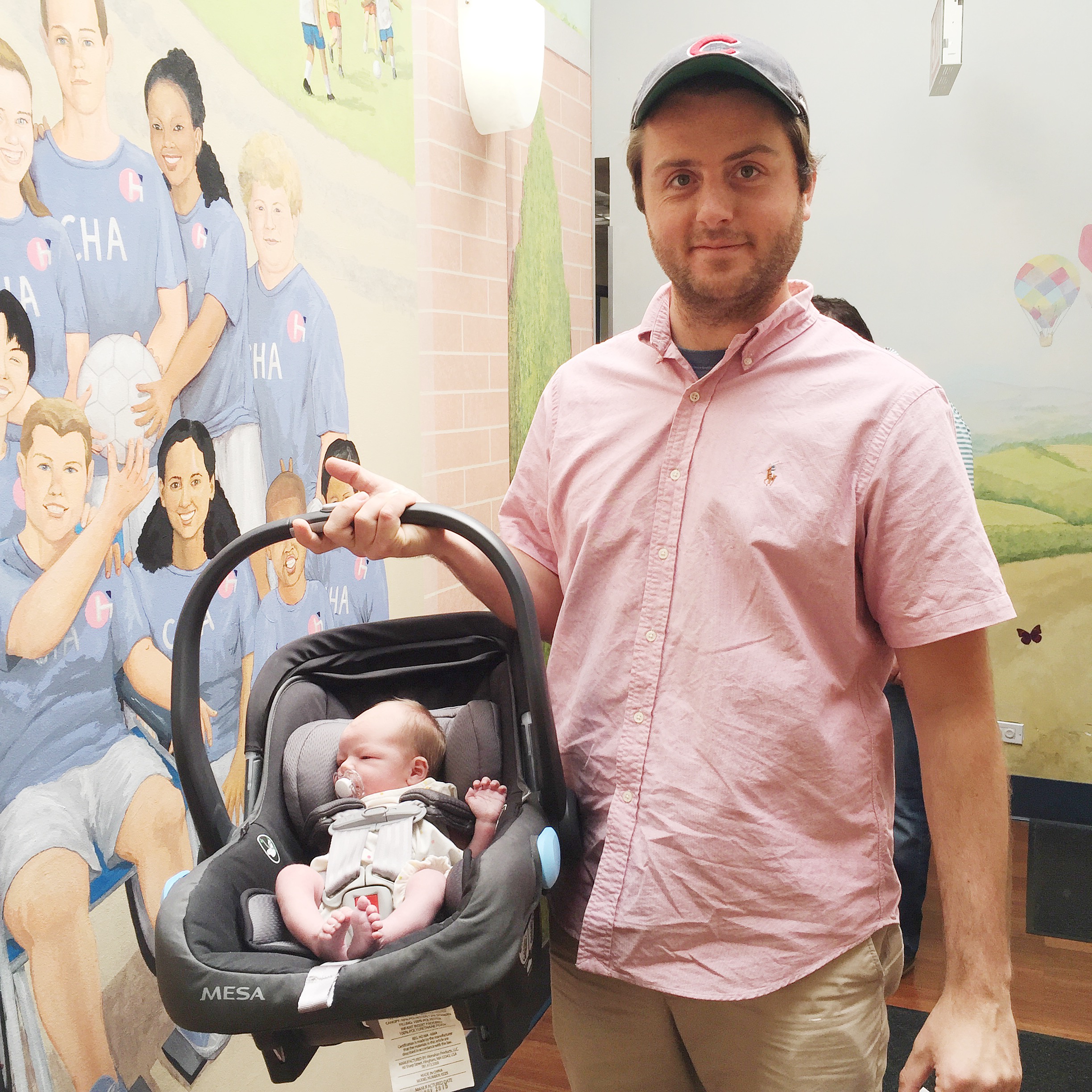 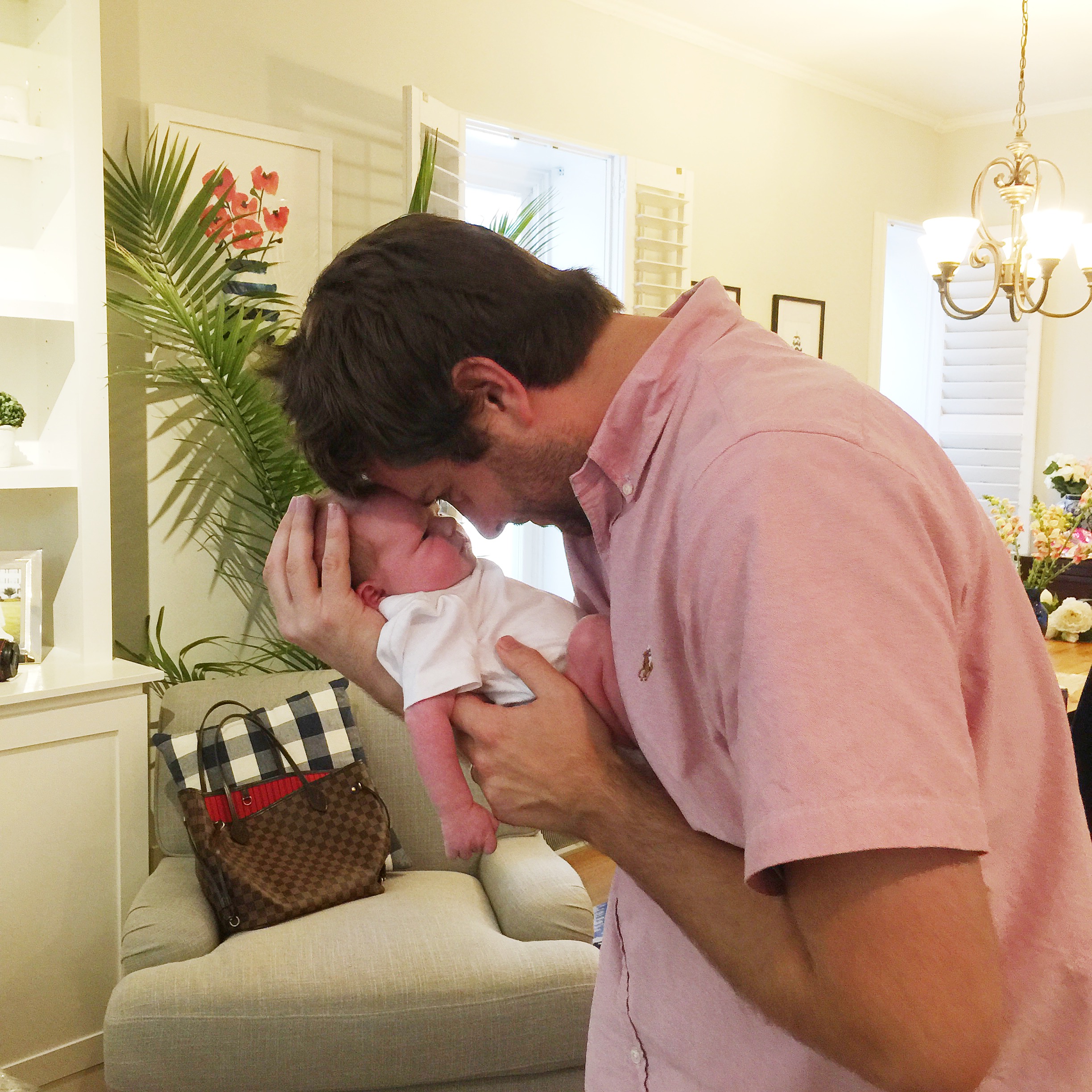 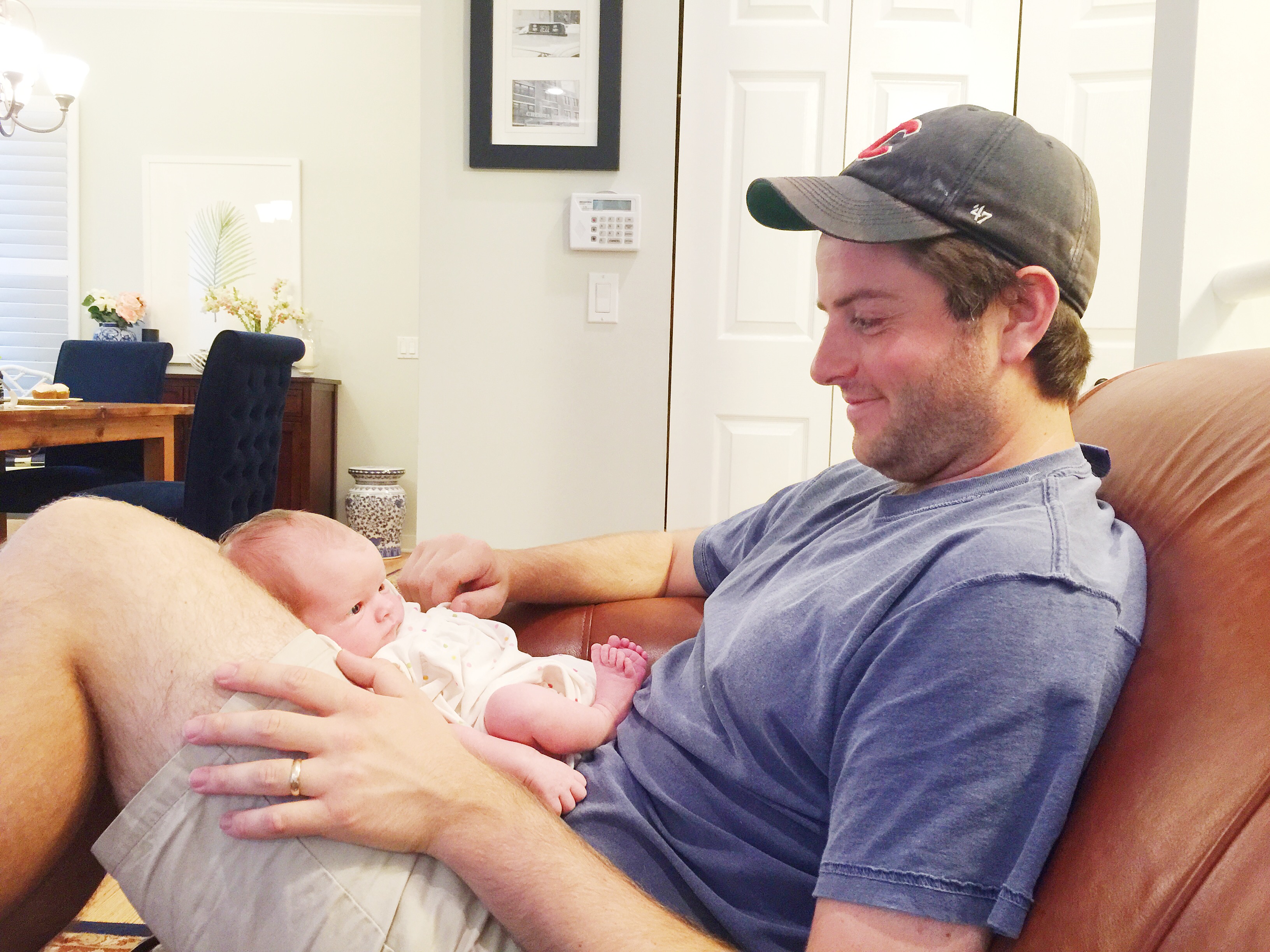 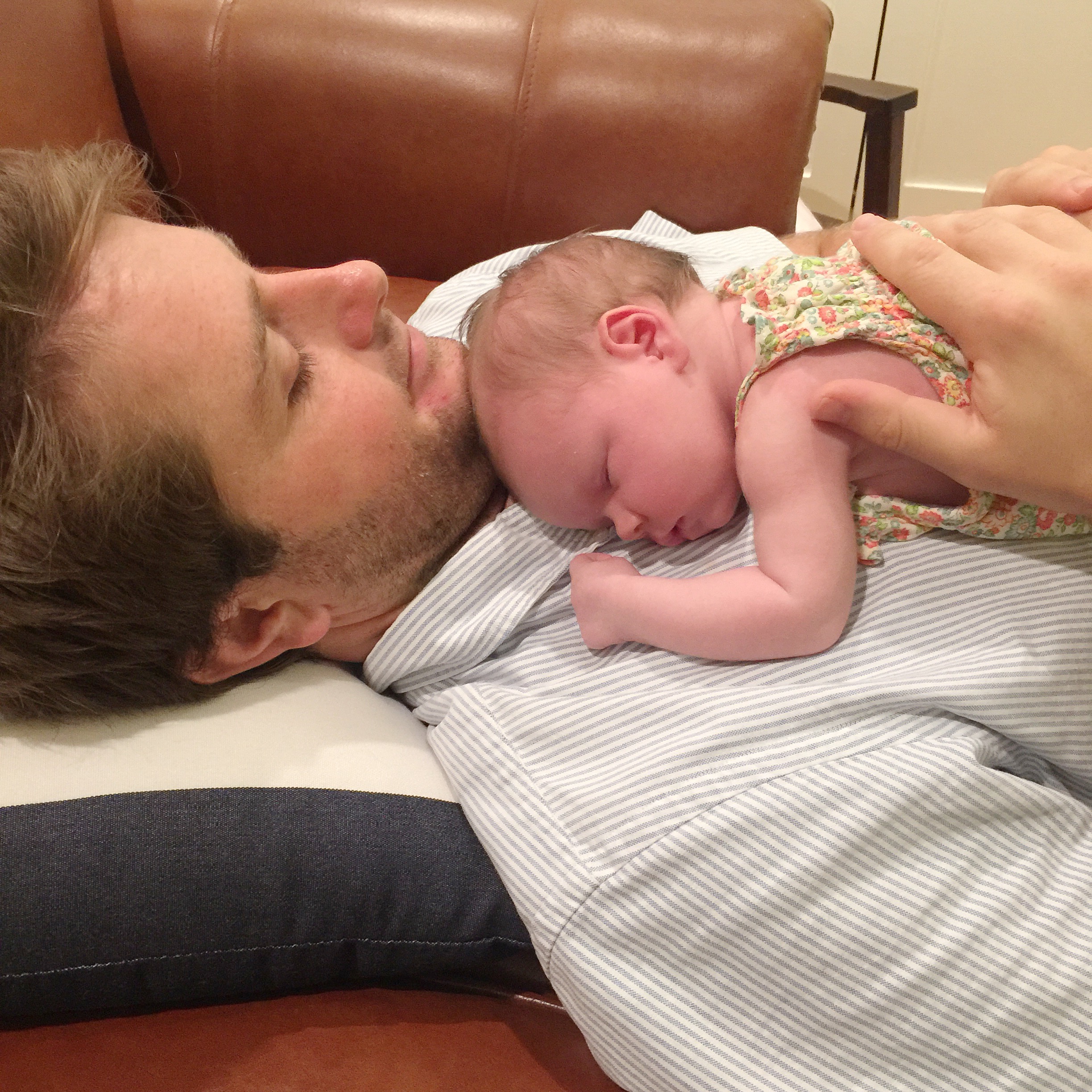 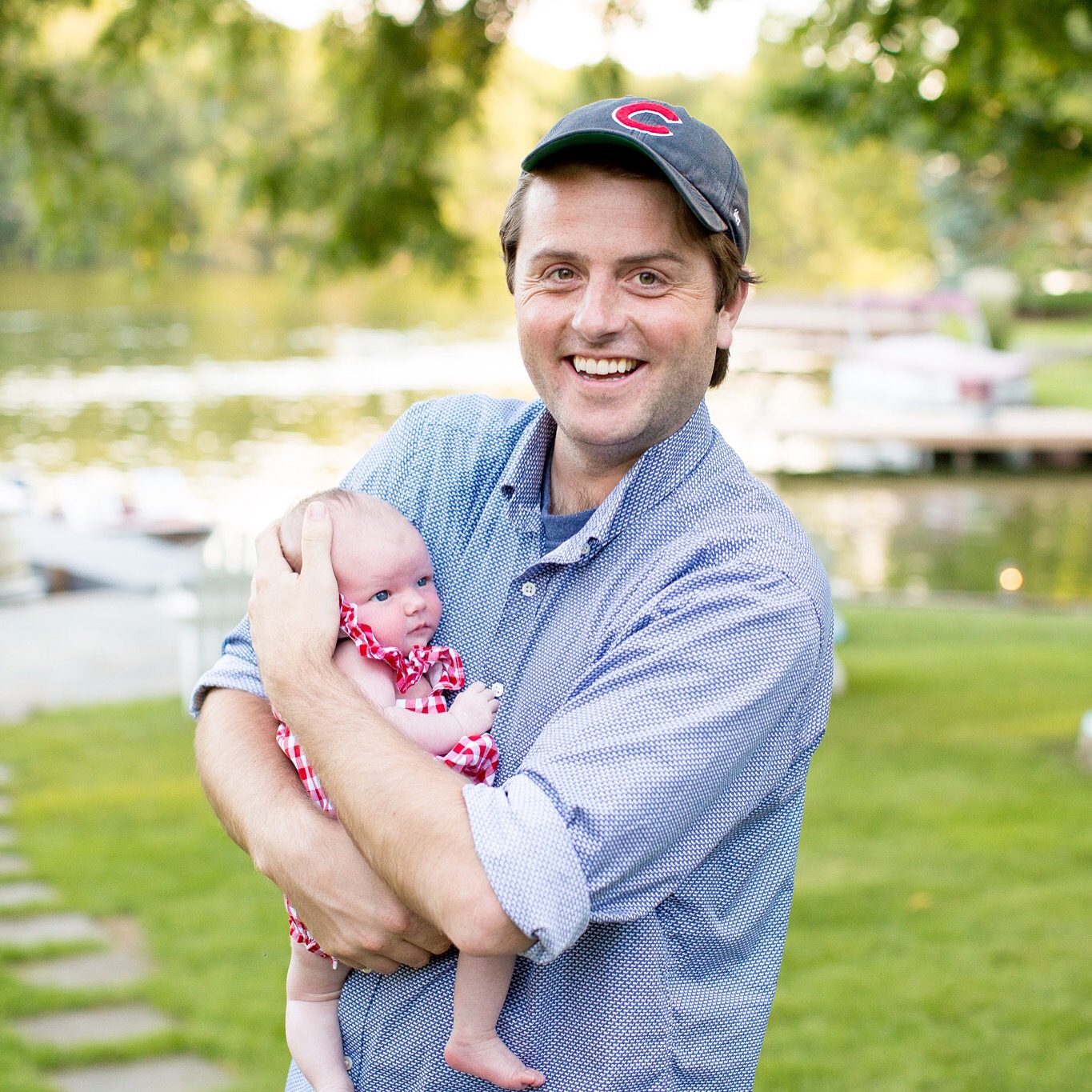 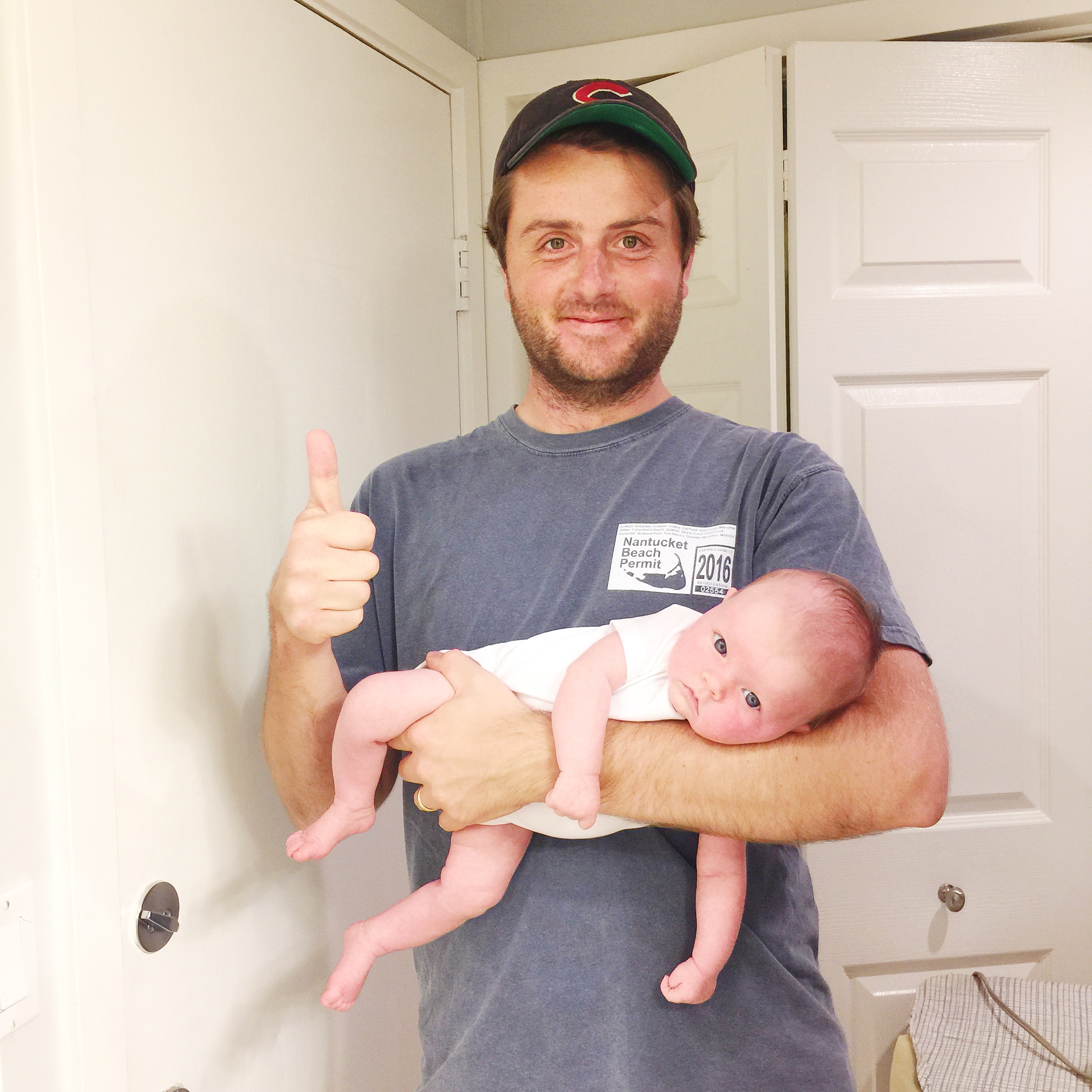 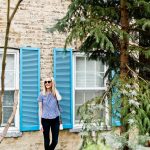