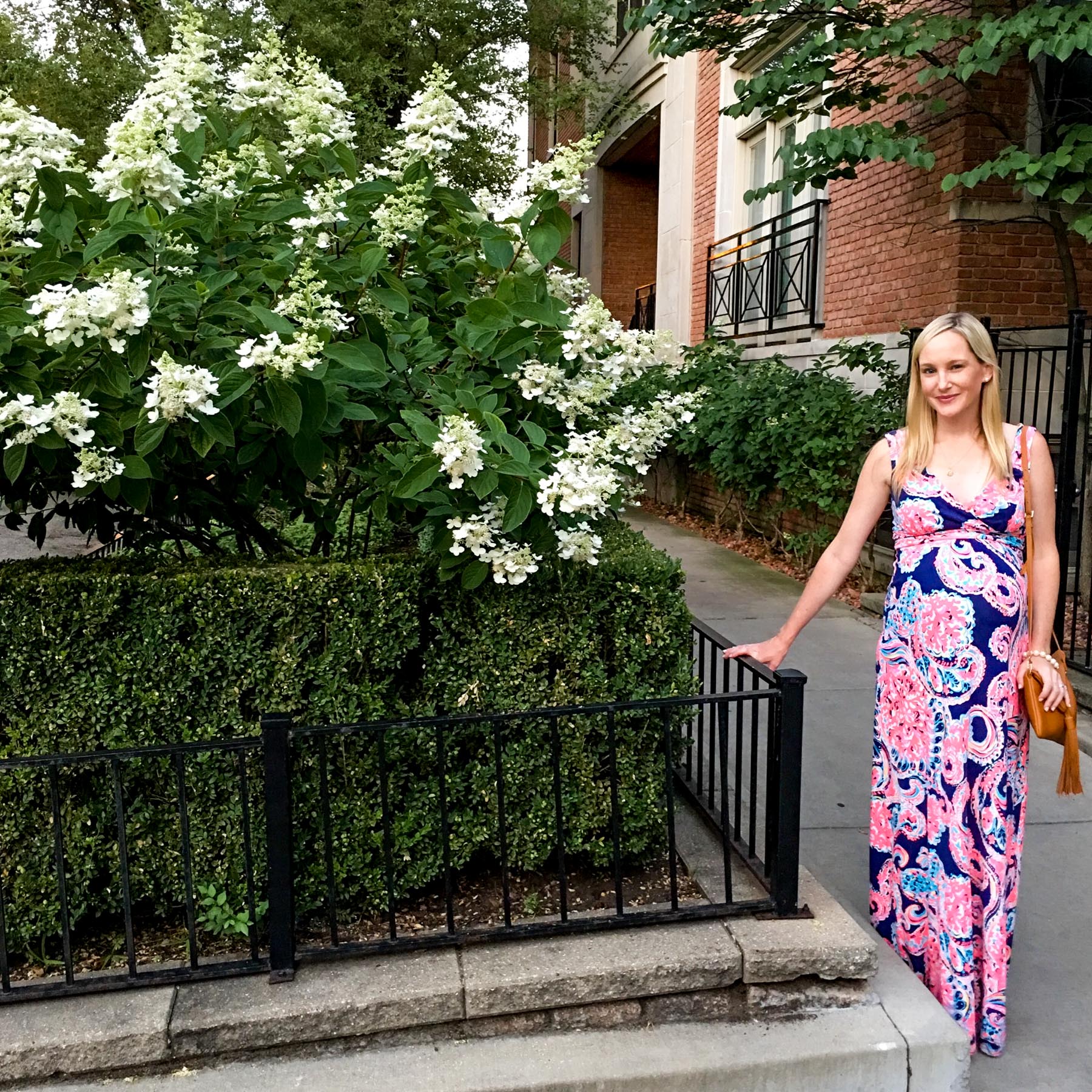 Kelly, shortly before the big day. According to her, she’s wearing this dress.

I find myself in a predicament today. It’s my own fault, as I volunteered to do this. But the first post was easy. Now I need to finish this whole “having a baby” story. I mean, exactly how detailed should I get here?

Let me start this post off with the obvious: It’s hard to believe that all of this actually happened. One minute, Kelly and I were a twosome, and the next, there was a third. A whole other person! Here is, to the best of my recollection, part two of our story:

I’m not the kind of person people would describe as being “prepared.” For anything. For example, I bring the dirty laundry basket on trips to my parents’ instead of packing, and then forget to do the laundry all weekend and end up hauling it back to Chicago. Yet there I was, prepared as I’d ever be for something like having a baby. Wife pregnant? Check. Bag packed? Check. Carseat base installed? Check. Still, increasing my level of responsibility from “myself” to “driving my fully-in-labor wife to the hospital” was quite the jump.

When it was Go Time, I couldn’t get the “this is actually happening right now” thought out of my head. We had discussed this moment incessantly, like at least 20 times per day for nine straight months, yet here I was with no one to talk to about it. Yes, there were the drunken neighbors who saw me weirdly vacuuming the house late at night, and tried to drag me to the bar. And of course, Kelly was there, but she wasn’t really in the “let’s sit down and talk about your feelings, Mitch” kind of mood.

Luckily, we had practiced the drive a few times over the summer, but I was mostly using those drives as an excuse to go to Halal Guys which is now open in Chicago by the way but don’t get too much red sauce because it’ll light your mouth on fire.

Our hospital was in downtown Chicago, which was super cool in theory, but pretty challenging in practice. I just couldn’t believe how many people were going about their night, walking across the street and stuff, while we were about to have a baby.

A favorite story of my mother’s is how, when I was being born, my dad dropped her off at triage and went to find parking. Kelly, who thought I was made of money, insisted that I break from family tradition. So, for the first time in my life, I valeted the car.

How can I put this politely? Kelly is a . . . strong-willed person. I dragged her to the hospital kicking and screaming. (Kidding. But she did put up a fight.) She was terrified that the doctors were going to turn her away and likely point and laugh at her misguided judgement for coming to the hospital too early. She almost had me convinced that we’d miscalculated how far apart her contractions were, and that hanging around at home for a few additional hours was a better idea than going in.

Kelly mentioned this in her post about Emma’s delivery, but triage was the worst part of it all. The piece of advice I give most readily to fathers-to-be (probably because this was the time I was most useful) is to have a plan for this pre-epidural experience. Typically, when you see someone in this kind of pain you call an ambulance and send them to the hospital. But we were already IN the hospital, so I was at a complete loss. I tried my best to rub her back and reassure myself (and also Kelly) that she was not, in fact, going to die.

I’m not sure how standardized the whole “make sure this lady is actually in labor and not just lying about it for fun drugs” procedure is, but Kelly was soon in a wheelchair heading to the delivery room for the epidural. Epidurals are a gift from god. Kelly made me swear not to give heavy-handed advice in this post as she was ridiculously annoyed whenever people gave us advice and is a firm believer in supporting all moms. I support all moms, too. But for the love of all things holy, get the epidural. Not to be overly dramatic, but one minute she was saying “I can’t do this I can’t do this I can’t do this” and the next she was saying, “Oh my gosh! I’m so excited! Do you think it’s going to be a girl or a boy?!” (Hmmm…)

When I left the room–no fainting/contaminated husbands allowed–Kelly was in as dire of a situation as any person I’ve ever seen. When I came back, though, about 10 minutes later, she was all smiles and joking with the nurses like it was happy hour and she’d had a couple of glasses of chardonnay.

A big debate in the Larkin Family Household in the final months of pregnancy was how exactly to allow family members to participate in the big day. As I wasn’t the one actually performing the miracle of life, I lost this battle and the families were told that they could come only after the baby was born. As much as I disagreed at the time, I think Kelly was absolutely on point with this one. The moments surrounding Emma’s birth are some of the most cherished moments of my life, and, though it may be selfish, I’m so glad that I was able to spend this time entirely focused on Kelly and Emma, and not running out to the waiting room to give updates.

That being said, I totally broke from protocol and secretly called every member of our family while Kelly was getting her epidural shot. My brother, John, caught us at the hospital on “Find My Friends” and texted me preemptively. He had a feeling that we were having the baby. (he has three kids, so he knows these things.)

Kelly and I sat alone in the delivery room listening to the beeps and chirps of the machines for a little while. These machines were apparently alerting the nursing staff to the tumultuous situation going on in Kelly’s belly like some kind of musical Richter scale. I am not scientifically inclined or particularly bright, so I sat there singing M. Ward’s Little Baby in my head to the sound of Kelly’s heartbeat. (Luckily I had the chance to tell him about it in person the other day when we saw him in concert at City Winery.)

Being alone in the delivery room is truly surreal. For maybe the first time in my life, I was able to see where I came from and where I was going in focus. There we were, two broke school teachers from the Bronx, two awkward 20-somethings taking long walks on the East River, two giddy newlyweds burning their feet on the Ocean City sand, two exhausted commuters stuck in Lincoln Tunnel traffic, two newly relocated Chicagoans carrying old Ikea furniture up a third floor fire escape, two frustrated 30-somethings signing-in at the fertility clinic, and finally, two nervous parents-to-be, about to meet their baby for the first time.

I’d heard all the stories. It takes days, weeks maybe, to have a baby. We’d packed luggage! I’d been told that there’d be tons of downtime, so I was excited to find the local bookstores in Streeterville and maybe catch up on some light reading. I’d researched local restaurants and planned to read the paper while we awaited our casually dillydallying fetus.

On a ready-to-roll scale of one to 10, Kelly was a two when we first checked into the hospital. The nurses recommended that we both rest while we could. This is my final piece of advice for this post, men: when offered a place to sleep, don’t take it. IT’S A TRAP! I fell asleep on this little bench thinking it was beddy-bed time and woke up an hour later to 10 healthcare professionals, all making fun of me for passing out right before having a baby.

Okay. I screwed up. I wrote way too much again and now it’s crazy late and I need an extension on this assignment. Part III incoming. 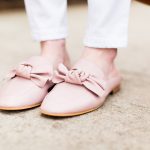