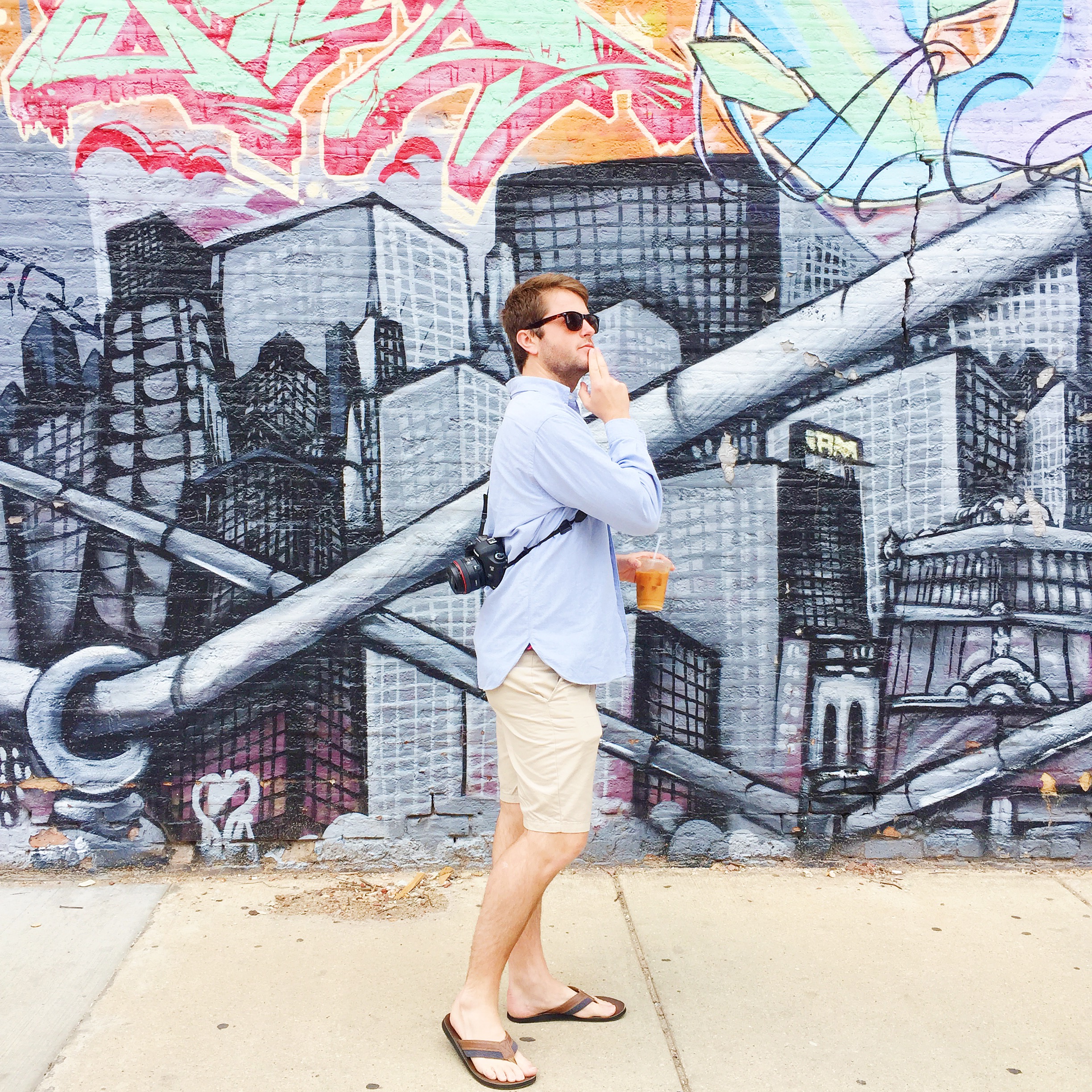 When Emma was born, Kelly shared this post about the delivery. But today, I’m attempting to share an honest description of the experience from the vantage point of the freaked out first-time father. I should note, however, that I kind of have no idea what I’m talking about. If anything, this post should be considered a tutorial on what NOT to do when having a baby. Just take that into consideration. 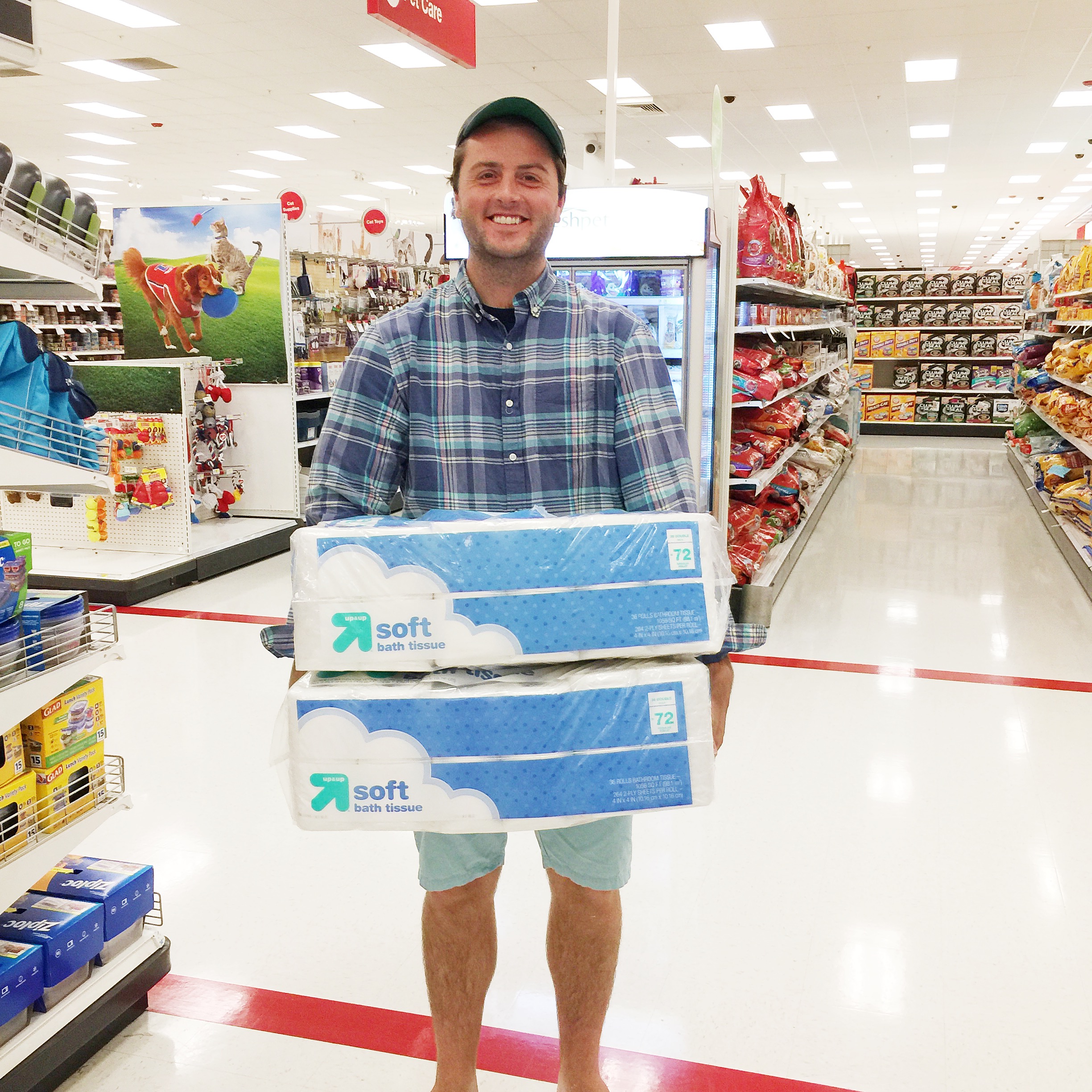 We spent the weeks leading up to Emma’s delivery doing what most people did last summer: binge-watching Stranger Things. Stranger Things was the perfect vehicle for what I expected to happen to my life. An umbilical cord-spewing monster emerges from out of nowhere to flip my world “Upside Down,” where everything seems the same, but is incredibly scary and dirty. And everyone’s delusional. To be specific about this this analogy, Emma is the Demogorgon Monster, Kelly is the heroic (and toothless) Dustin and I am Barb, forgotten in the Upside Down.

The months prior to D-Day (Delivery Day) were a struggle. The summer heat was murder for Pregnant Kelly, and this limited us to only a handful of activities, namely waddling, worrying, painting, complaining and eating at ice cream. Our one big excursion to Wisconsin was a disaster; it resulted in a Braxton Hicks contraction fit and a big freak-out.

In my first real role as a father, I missed the registration period for every single baby class at the hospital. To make up for it, Kelly put me in charge of learning how to breastfeed on YouTube. (This job was not as much fun as I thought it would be.) I was also in charge of locating the hospital, practicing driving there, installing the car seat and training to not drive like an old man.

Kelly peed herself every time we stepped out of the house. (For the record, I didn’t pee myself a single time during the whole pregnancy.) If peeing your pants is cool, consider Kelly Larkin Miles Davis. The pee problem really dampened our flow as the summer whizzed by, and our number one priority was flushed and a steady stream of plans were pissed away. In all seriousness, though, Kelly wetting herself became dangerous late in pregnancy as it was tough to determine whether her water had broken.

There were three separate instances when I thought it was “Go Time.” Kelly was terrified of false alarms, though, and luckily we only went to the hospital once. 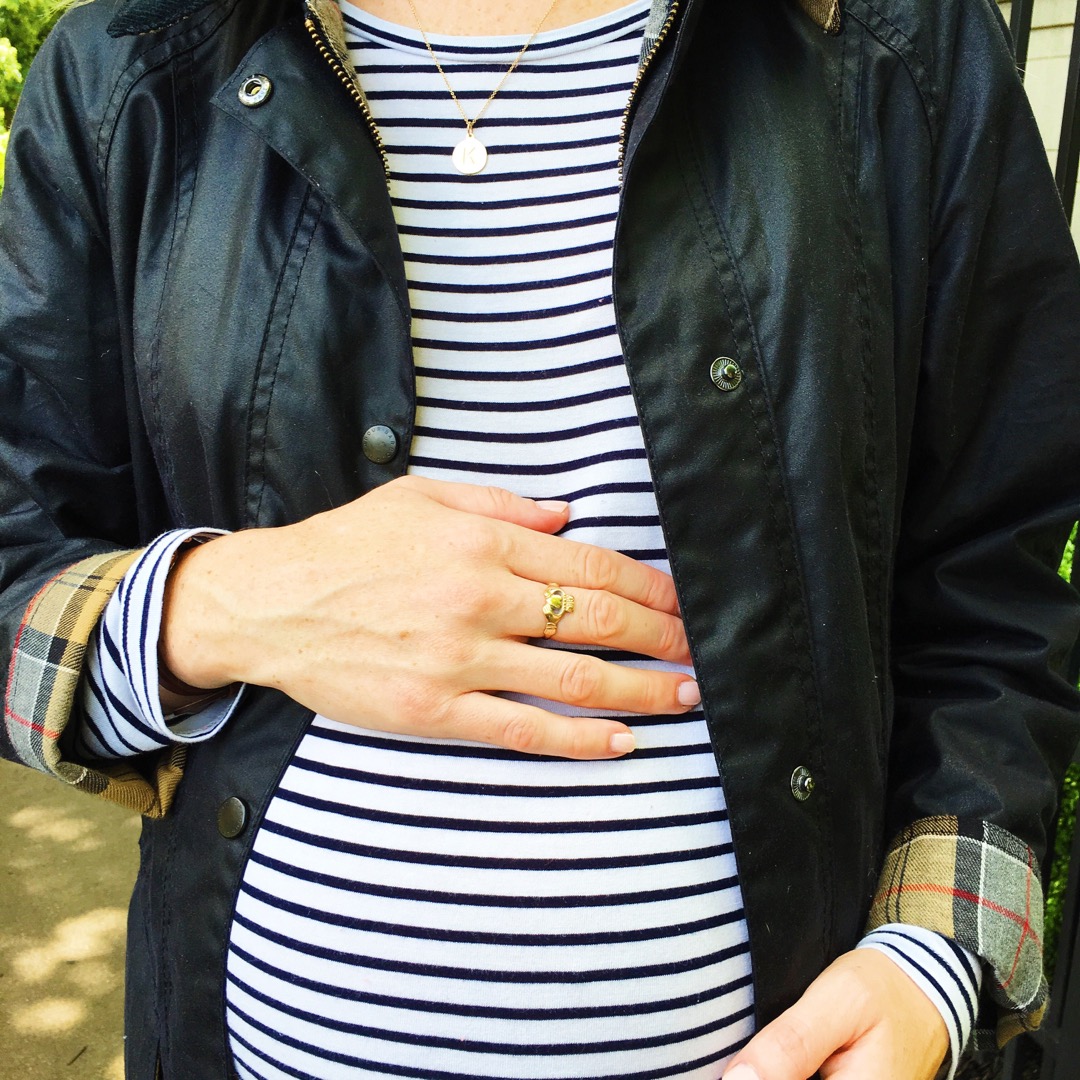 Planning for the Hospital:

The one item left off of most hospital packing list is earplugs to block out the screams. I’m kidding! That was a joke.

The key to packing the “guy’s bag” is to keep it simple: comfy clothes and a few layers just in case you get cold. We were in the hospital for three nights, so you should probably bring a toothbrush, deodorant and a phone charger. Most hospitals will have a photographer come around and take photos of the family so bring some nicer clothing so you don’t look like crap. My next bit of advice is to ACTUALLY pack the bag instead of just talking about it for two months like I did.

The hospital is in the business of delivering babies and they were hooked up pretty well in terms of everything else we could need. I’d heard of people bringing their own bedding and gowns. I also heard about a woman who threw a fit when she couldn’t light candles in the delivery room next to the compressed oxygen tanks. Everyone has different priorities; just figure out what few things you couldn’t live without for a few days and put them in a bag near the door. But leave the candles at home.

It was also the non-pregnant partner’s job to call the insurance company a few times in the weeks leading up to D-Day. I was surprised to learn about just how much paperwork was required before, during and after Baby Time. When the baby comes, you won’t have time for this stuff, so my best advice would be to get as much of it done ahead of time! 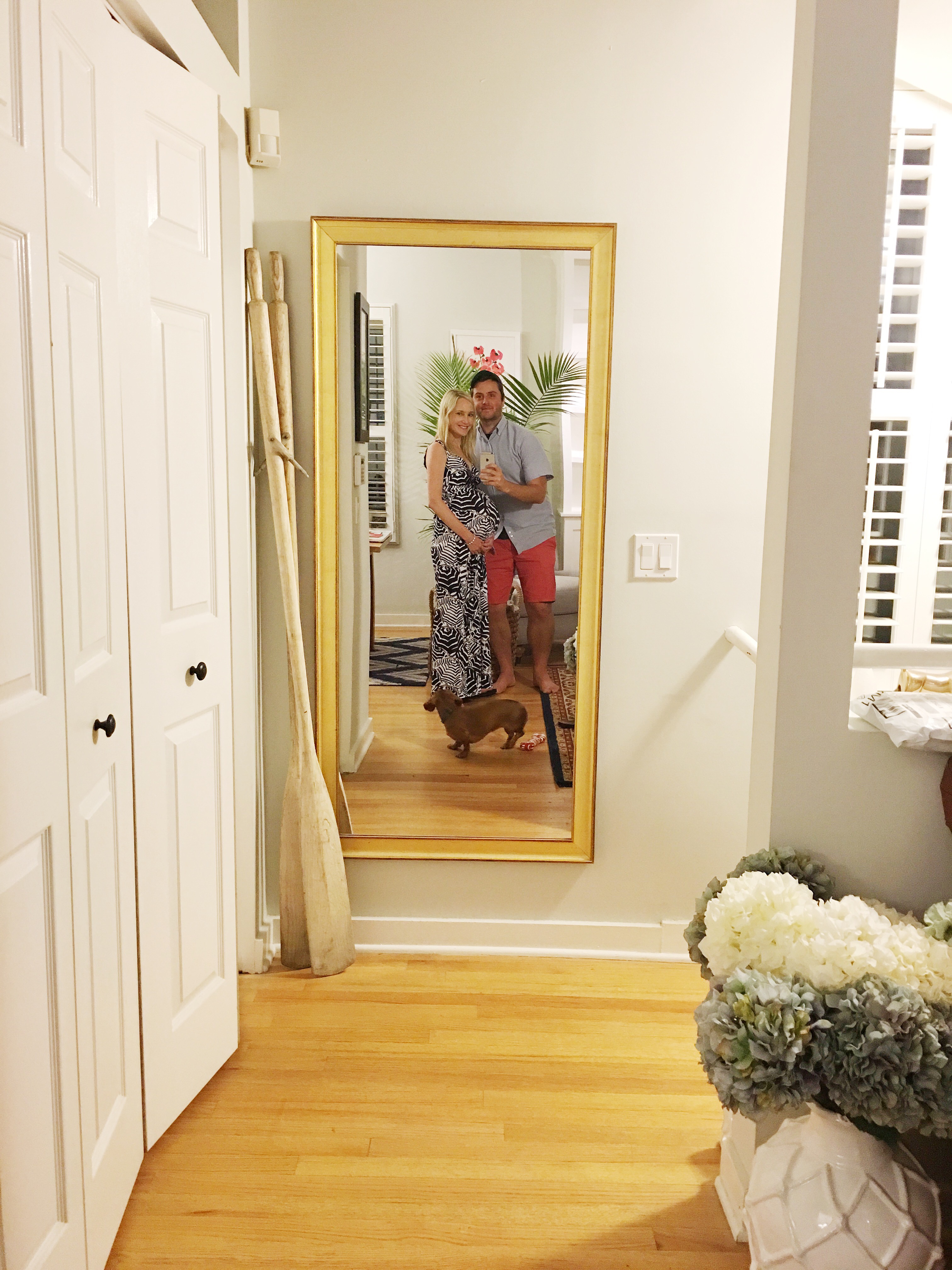 This was NOT taken on Delivery Day. We were running around like crazy.

Emma made the initial decision to vacate Kelly’s womb while we were eating deep dish pizza at Pequod’s. (She was such the Chicagoan, even before she entered the world.) Somehow–even though we were a week late–she still took us by complete surprise. Kelly didn’t tell me that the contractions had started, but I noticed her wincing from time to time and confronted her about it.

I knew it was my job to time the contractions but I didn’t realize that I was supposed to time both the interval and duration, and kept screwing it up. Kelly’s contractions were also bizarre at this point, and often lasted for over 15 minutes. My advice here is to install a contraction timer app on your phone to keep more accurate data. Your doctor will ask for the information when you make the call.

At this point in time, most women would find a way to relax. Kelly, instead, sat down to furiously write some outstanding thank you cards to friends and family. She also went into full-on Freak Out Cleaning Mode. (A much overlooked factor of childbirth is that while you’re at the hospital having a baby and stuff, a steady stream of excited family members and friends descend on your place. So in addition to mentally preparing for the most exciting and life-changing day in the history of the universe, you must also be physically preparing your disaster of a house for everyone. So, in Kelly’s defense, I kind of got it.)

Our afternoon progressed rather quickly. One minute Kelly’s eyes would be closed and she’d be gripping my hand in pain, and the next minute we’d be running around, frantically trying to get things in order. Kelly refused to let me call the doctor because she was too nervous it was another false alarm, but I decided to slink off to a corner and make a secret call. A word for the wise: the doctor wants to talk to the pregnant lady.

“Put Kelly on the phone.”

I knew it was time to get in the car at the exact moment that Kelly’s contractions were too intense for us to casually make it there.

“Kelly. It is time to go to the hospital.”

“We need to vacuum.”

“Kelly. I’m really sorry I didn’t have time to vacuum the whole house. I’m sure our parents will understand. Let’s go to the hospital.”

I vacuumed the house.

Kelly doesn’t remember the drive to the hospital, which is good because I left the carseat in the house and had to leave her in the car to go get it. But I floored that Prius towards Lake Shore Drive. 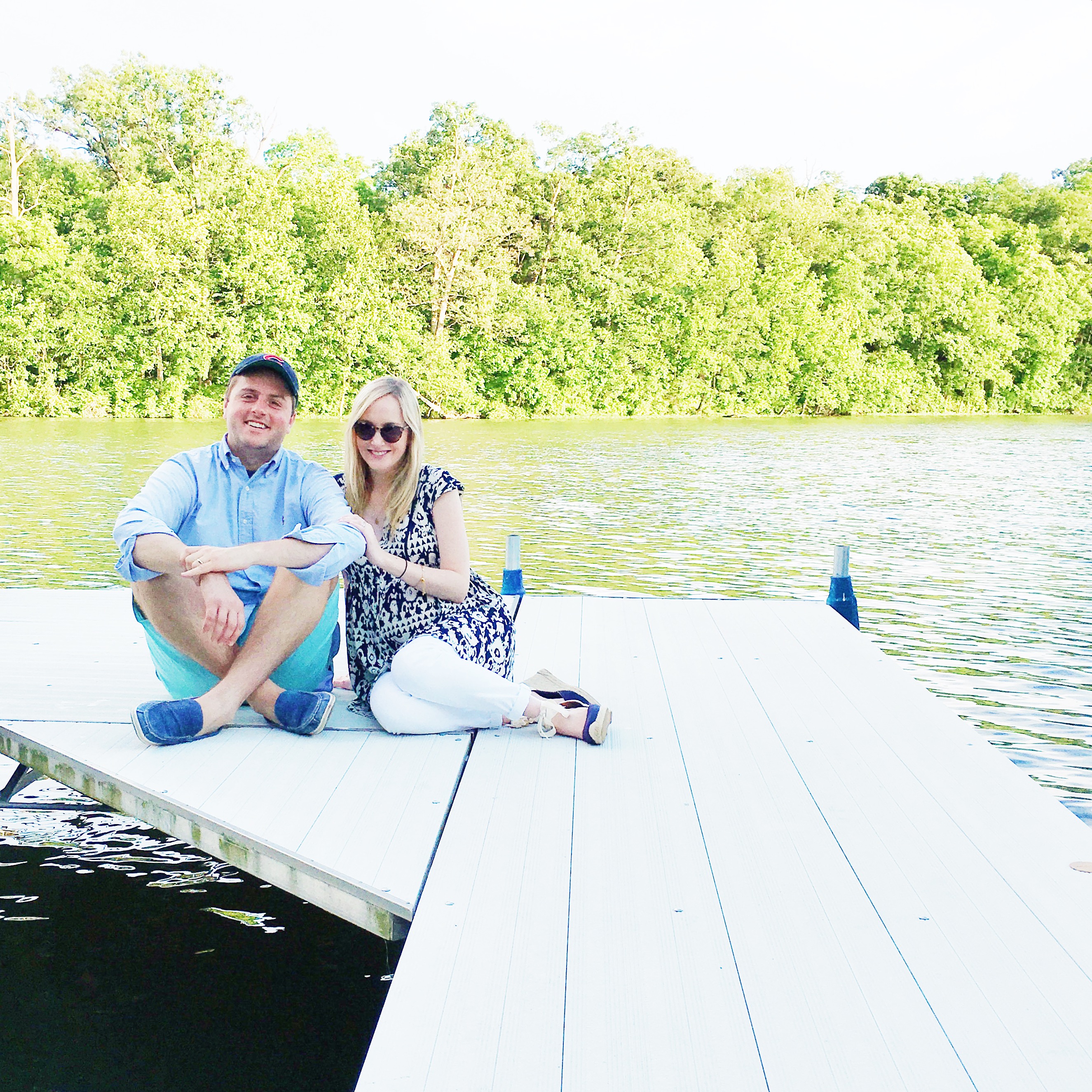 Stay tuned for part two of this rambling mess of a post where I–a poor writer at best–attempt to describe the best day of my life. 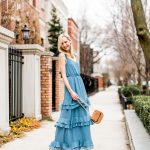