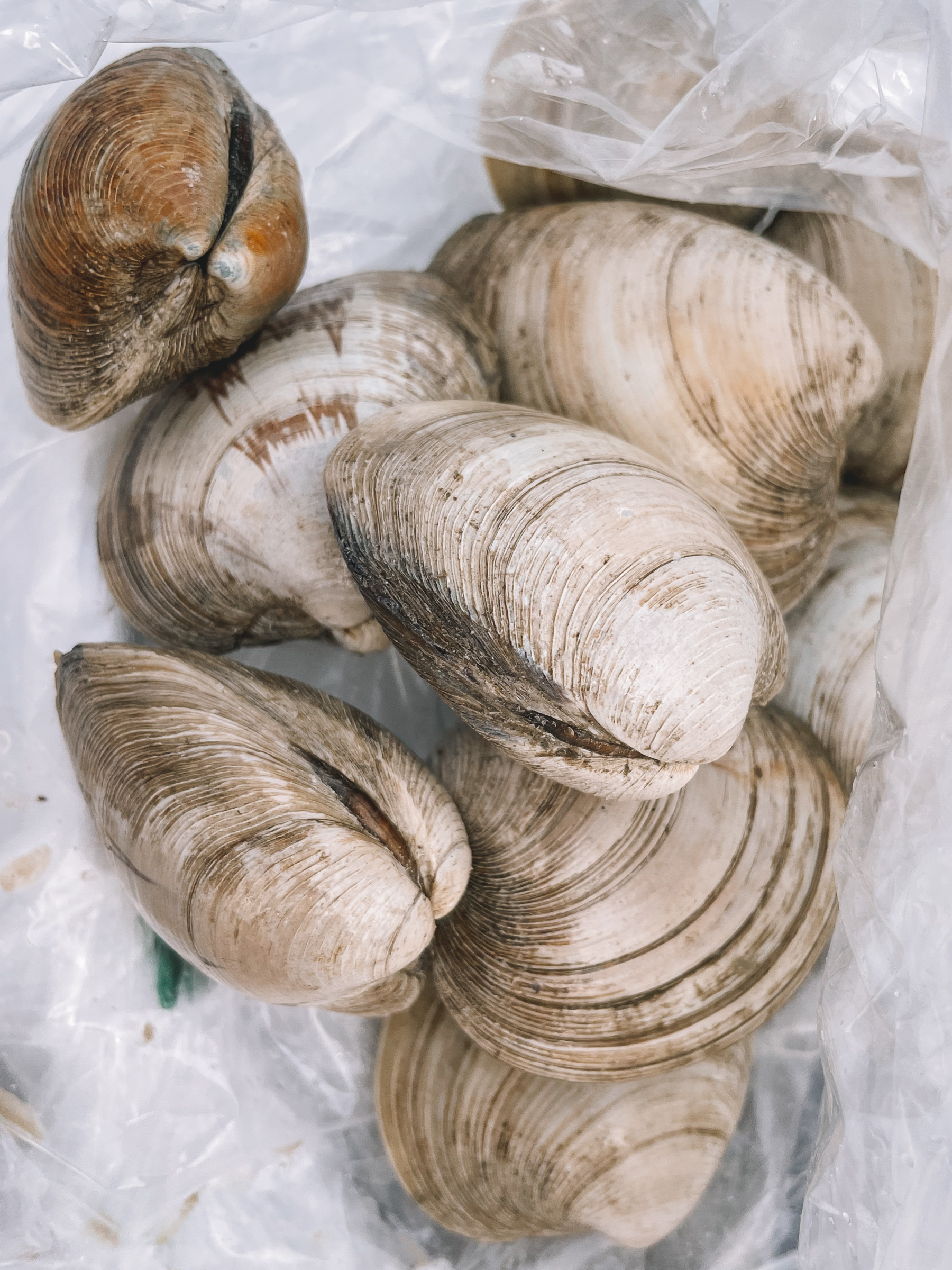 You can grill pretty much anything if you try hard enough, especially fresh seafood. And while much of what comes off my grill isn’t exactly blog-worthy—please note that the above photo was the best I got from my solo photoshoot 🙃—today I want to share my favorite new grilling recipe: grilled clams in garlic butter sauce. It’s so easy and really impresses the wife.

Clams are confusing little animals. They’re one of the 85,000 unique mollusk species alive in the world today, but unlike other mollusks such as the garden snail or octopus, they’re a bivalve, which means they live in a hinged shell, have no head and live by burying themselves in the sandy muck and filtering nutrition out of the water.

Continuing on. The clams we eat are either soft-shell clams, which are typically steamed and therefore known as steamers… or hard clams, which are served raw, baked, fried or boiled in chowder. Hard clams are further classified according to their size, from the the littlenecks we’re grilling today to the larger topnecks or cherrystones.

If you’ve ever been to New England, you know that clams are firmly embedded in the culture there. The history of clam consumption actually runs all the way back to the Native Americans! Certain communities even still use the Algonquin word quahog instead of clam. And those same Algonquin tribes loved clams so much they used their shells as the wampum currency that drove their whole economy. People just love clams out there. But sadly not as much in Chicago. To be honest, I was a little surprised I could even buy fresh clams here.

Kelly’s family goes hard for clams. Whether they’re in her mom’s famous linguini with clam sauce, in Kelly’s near-perfect (HEY!) clam chowder, or down the shore at Smitty’s Clam Bar, we’re pretty much eating clams all the time. So I wanted a shot at the clam title and figured grilling clams was my best bet.

Grilling clams is exactly as easy as it looks. You simply preheat the grill to around 350 degrees, put the clams on the grill until they pop open and then take them off. Grilled clams are great in pasta or soup, but today I’m planning to drown them in an absurd amount of melted butter and garlic. Fine. The clams are just an excuse to eat butter and garlic.

The sauce is simple. I melt a stick of butter in a sauce pan over low heat. As the butter starts to come alive, I add three cloves of finely diced garlic and let it simmer and start to smell amazing for about a minute. I then add a fourth cup of white wine and a fourth cup of heavy cream and reduce it, uncovered for about 10 minutes. Feel free to add salt and pepper to the sauce to taste.

I planned this dish as an appetizer, but the clams were the star of the show for the whole meal. As they grill, the clams fill with a delicious salty broth. It’s easy to spill, so be careful when plating them. I like to pry off the top shell and spoon the butter sauce directly into the clam shell before serving.

2. Melt butter in sauce pan over medium high before you add the garlic. Simmer for a minute.

3. Add wine and cream, stir sauce before reducing for 10 minutes.

5. Remove clams top shells and plate with a spoonful of butter sauce in each clamshell. Squeeze fresh lemon on top and garnish with lemon wedges.