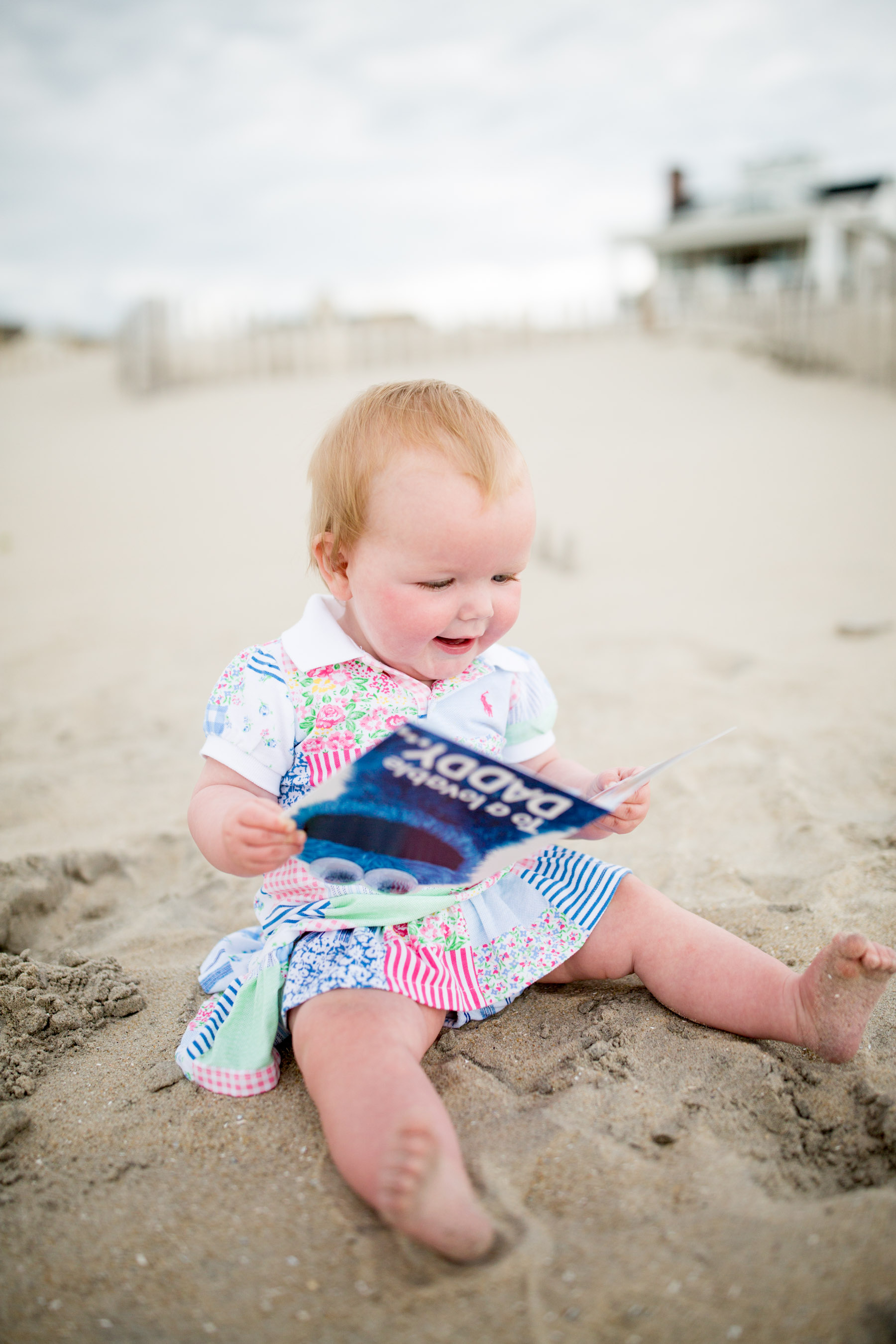 I can’t lie: I’m pretty excited for my first Father’s Day. June 18th is like this new little bonus holiday that I officially qualify for this oear. Exciting stuff, my friends!

I’ve been a dad for 10 months now, and it’s the hardest thing I’ve ever done… and I was a middle school math teacher in the South Bronx for seven years. At the same time, it’s the most rewarding “job” I’ve ever had. And slowly, I’m learning what it takes to be a good father.

I’m lucky enough to have one of those good fathers. A great father, actually. And now that I’m a father myself, I kind of feel like a jerk for giving Dad such horrible gifts over the years. I once gave him a hand-painted tie, for crying out loud. A tie is a rough gift to begin with, and there’s just no way I improved said tie with my artistic stylings, considering how much I struggle with step-by-step art projects. Another year I gave my dad a “Box of Love,” which was really just a box with the word “love” written on it in skinny red marker. Oh, and the box was empty.

Of course, I bet my dad loved it. He’s seemingly loved every single present I’ve ever given him because he knows that Father’s Day isn’t about gifts. It’s about showing your dad you love and appreciate him. And very honestly, if Emma gave me a “Box of Love,” I would treasure it forever.

That said, don’t give your dad a “Box of Love” if you can avoid it. While I’m sure he’d smile and hug you and tell you it’s perfect, you can do better! Here are my best ideas for picking out a great Father’s Day present for your significant other or your own dad.

Give the perfect card

Let’s face it: You’re probably going to shop at Target between now and Father’s Day. The last time I went to Target, I, Mitch Larkin, bought a golden statue of a dachshund to put on our shelves. True story. It’s gorgeous.

Target has an amazing greeting card section with cards that speak to every dad. Cards are one of the only traditional forms of expression that have survived the smart phone onslaught. And giving someone a card on a special occasion always seems to transcend the impersonal nature of digital communication. If you need any more convincing, just look at this adorable video! What a great feeling it is to open your mailbox to find a thoughtful greeting card on a special day. (Though I’d love to know how my mother-in-law is able to time it so the card always arrives on the exact day of the occasion. Is there some kind of trick to this? Cathy, how do you do it?!)

Emma actually picked the above Cookie Monster card out for me while we were shopping at Target. She screamed and grabbed it off the shelf, and she hasn’t put it down since that day. (It’s pretty tattered at this point, and we’re probably going to have to go back for a replacement soon.) This girl LOVES Sesame Street, and next to Elmo, Cookie Monster is her favorite. I’m not sure if she fully understands the concept behind giving someone a card since she’s yet to willingly hand the thing over to me. But I’ll take what I can get!

Be sure to swing by the greeting card section at Target to pick up the perfect card for the dad in your life. Also, take advantage of this amazing Cartwheel offer. Target sells Papyrus cards, too, and I went a little nuts grabbing some for my father as well as my father-in-law. And Kelly may have thrown in a couple of her faves, too. ;)

I want to be that guy that “doesn’t watch televison.” Is that not the highest ideal of humanity at the moment? Cord cutters? We don’t need a stinkin’ TV! Cable companies are the worst!

The problem is that I freakin’ love TV. My day entails teaching dozens of middle school students, taking trips to the park, cooking dinner, rolling around on the floor, dancing to kids’ music, reading bedtime stories, taking Noodle out, putting millions of toys away, and cleaning the kitchen. It’s great, and I wouldn’t change it for the world. But when my butt hits the couch, I don’t want to fiddle with some clunky device. I want something fuss-free and… well, free. Also, guys love plugging stuff in. Don’t deprive him of plugging something in; give him the gift of (mostly) free on-screen entertainment.

As a man, there’s no greater anticipatory glory than awaiting a smoked piece of meat. Be it ribs, steaks, pork butt or even salmon, I can hardly contain myself as the smoker works its magic. My neighbor smokes meat in this thing, and I can smell from inside my house. I feel this bizarre bond with him, like we’re members of an ancient tribe, wirelessly communicating over smoke signals… even though I’ve never met him. I think his name is Dave but I’m not sure.

The coffee I make is beyond gross, but I still look forward to it every morning. Do you know why Americans drink coffee instead of tea like the rest of the world? The Boston Tea Party is why. So let’s embrace a little American patriotism and give our dads a reason to get up in the morning. (Sorry. That came out super depressing.)

Give him someone to talk to

Listen, you’re great. You’ve given your guy an amazing marriage, a wonderful child and a delightful household. Or maybe you’re a wonderful daughter, and make your own dad proud every single day. But you don’t know all the lyrics to “Uptown Funk” (Emma’s favorite song) and you don’t know whether it is going to rain later. Your guy needs a smart assistant to fill those subtle voids in his life.

Just give him one of these

For those special moments when pouring wine into a glass is too much of a chore. I assume your guy (or dad!) already has one of these things. (They should be issued upon leaving the hospital with a baby.) But if he’s misplaced his or needs another, Father’s Day is the perfect opportunity.

Guys, wired headphones are so six months ago.

I know what you’re thinking: “Mitch, nobody cares about headphone wires. Chill out, because nobody cares.” But really, you’re wrong.

Wireless headphones are the single greatest invention in the history of humanity. I’m exaggerating slightly, but I’ll tell you why I think they’re so wonderful.

I know we all “don’t watch television,” but for those of us “Non-TV Watchers” who who also “watch TV when tired,” bluetooth headphones work with your TV now! After Emma goes to sleep and Kelly is frantically working, I plug these babies into my ears and enjoy the sweet serenity of TV that is not Sesame Street.

Kelly and I used to pride ourselves on our resourcefulness with framing artwork. We filled our apartments with cheap plastic frames sourced from family members’ basements and dumpsters around town. We’d print our pictures at the pharmacy and hope that the automatic photo machines would do a decent job. (They never did.) Quickly, the prints would wrinkle, slide out of the frames, or even get wet and fuse to the glass. It never ended well.

There’s a better way, people! A professionally framed piece to hang on the wall is pretty easy now. You can either email them a digital picture or they’ll mail you packing materials for physical artwork to be framed. It’s that easy.

In short, you can get your Father’s Day gifting done in the next 10 minutes. Do it!

Pump up the jam

If you told 12-year-old Mitch that he could have every song in the history of music available to him in his pocket anywhere in the world, he’d slap you in the face. My first big purchase as a teenager was a three-CD spinner, and I used it to spin my measly three-CD music collection. (Jock Jams was one of those three CDs. Anyone else?) And I memorized every single one of those 36 songs.

But now that we’ve reached an age in which music is served like it’s part of a buffet, why not give him the gift of a subscription to his favorite streaming music service for a year?

Often times, these Mitch Gift Guides serve as subtle hints to Kelly. Come on. It’s why I volunteer to write ’em, haha. They’re there to direct her toward the perfect Mitch Gift! That said, it hasn’t worked yet. So let’s just make it as clear as day, here, as Kelly hasn’t been paying attention.

Hi, Kelly! Helllooooo! This would be an awesome gift. ;)

I am a Sous Vide evangelist. Here’s my pitch:

When you grill, sear or broil a steak, the goal is to get the internal temperature to a certain temperature. To achieve this goal, one must blast the thing with super high temperatures in the hope that enough of the heat will cook the inside. The problem is that doing so overcooks most of the steak and leaves you with only a tiny spot in the middle that’s cooked to your preference.

Sous Vide cooking solves this problem by precisely cooking the steak to your desired temperature all the way through, making the entire steak cooked to perfection. The device is also really cool-looking and fun to use. This is how a ton of restaurants cook steaks, and if there’s any gift in the world a dad could use, it’s more steak.

I can’t wrap a present for anything, but the easiest way to improve your wrap job is to attach a little treat right to the wrapping. Beer, whiskey, chocolate, beef jerky or potato chips. Whatever his vice, strap it to his gift as a wrapping accessory. It’ll make the gift! 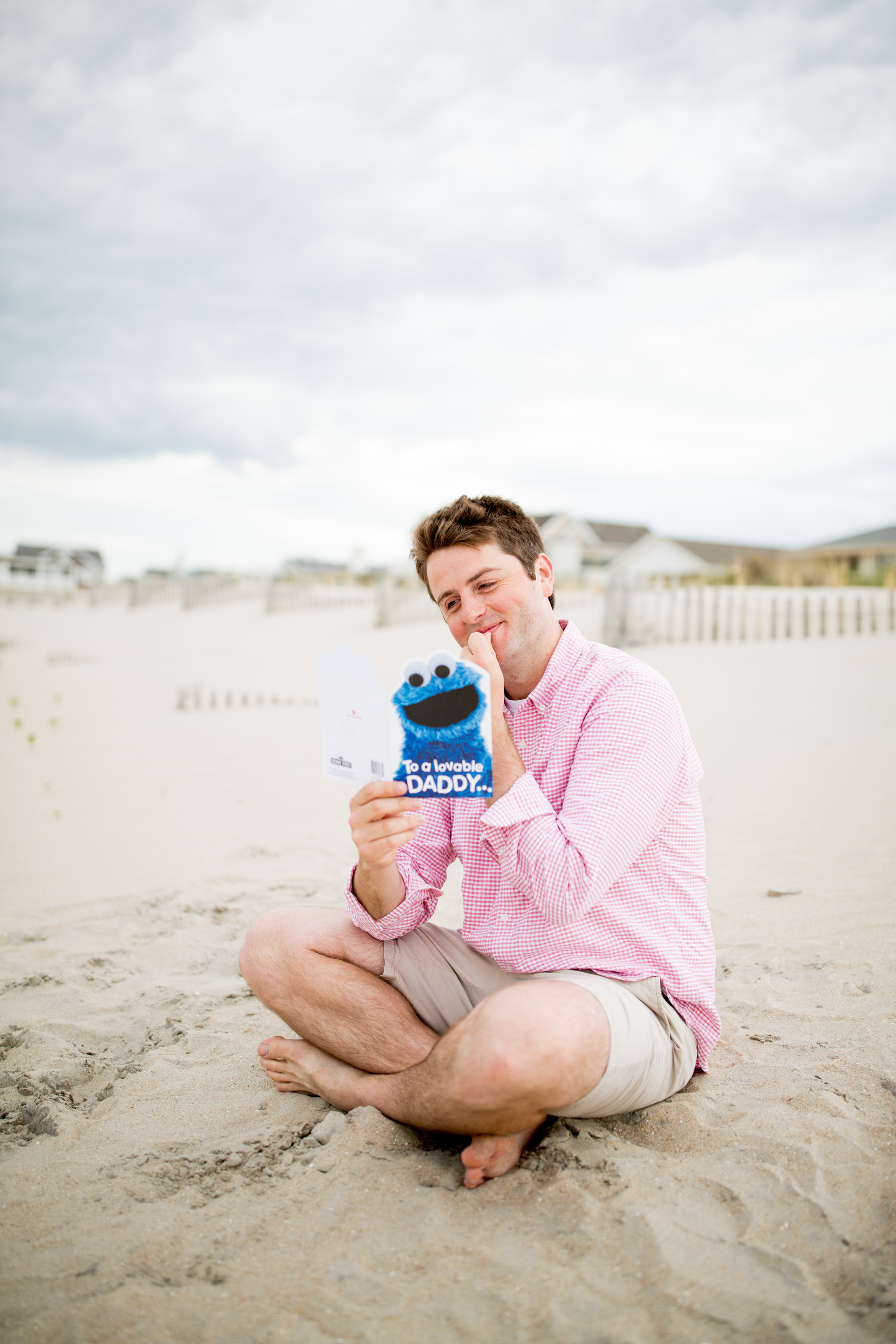 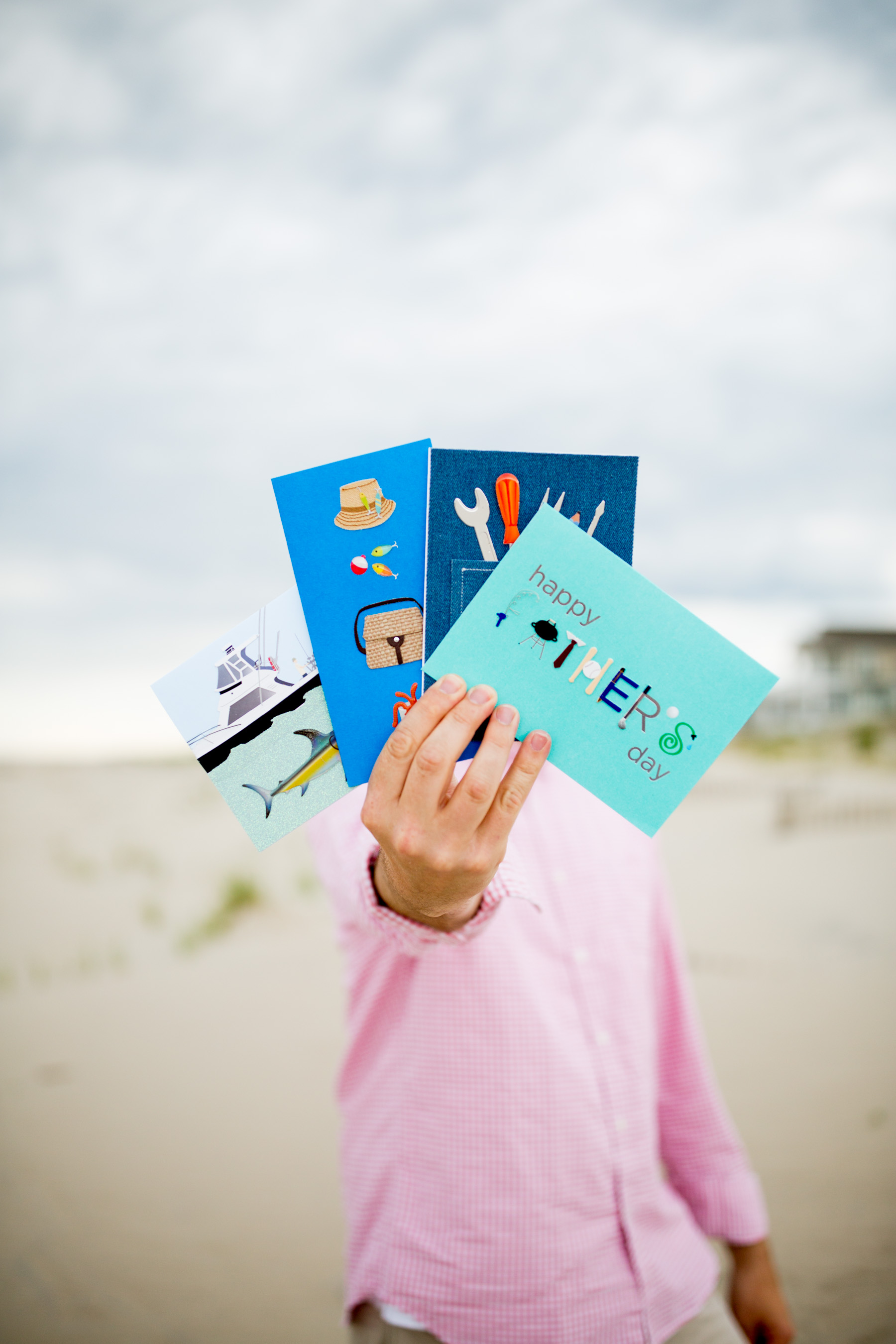 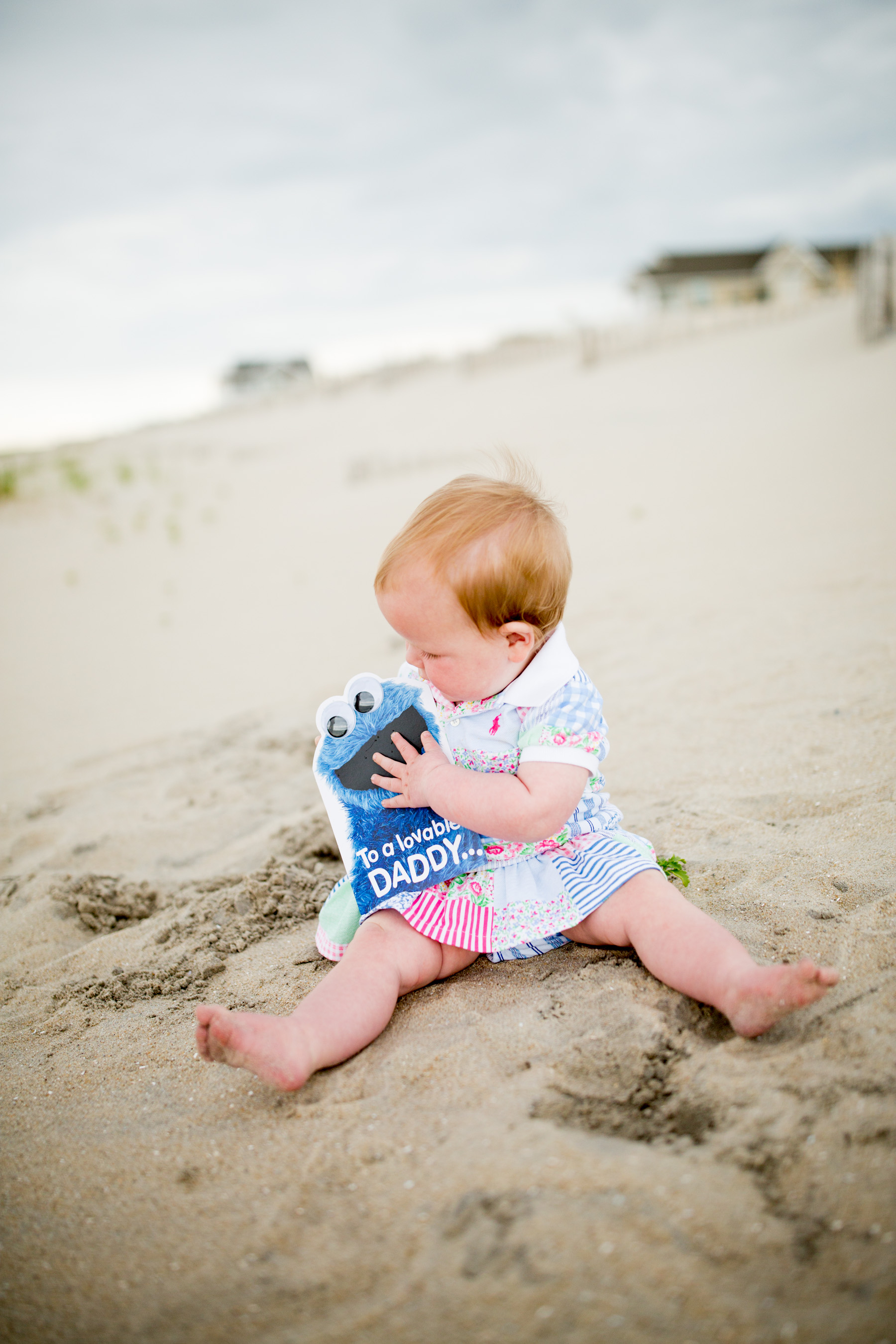 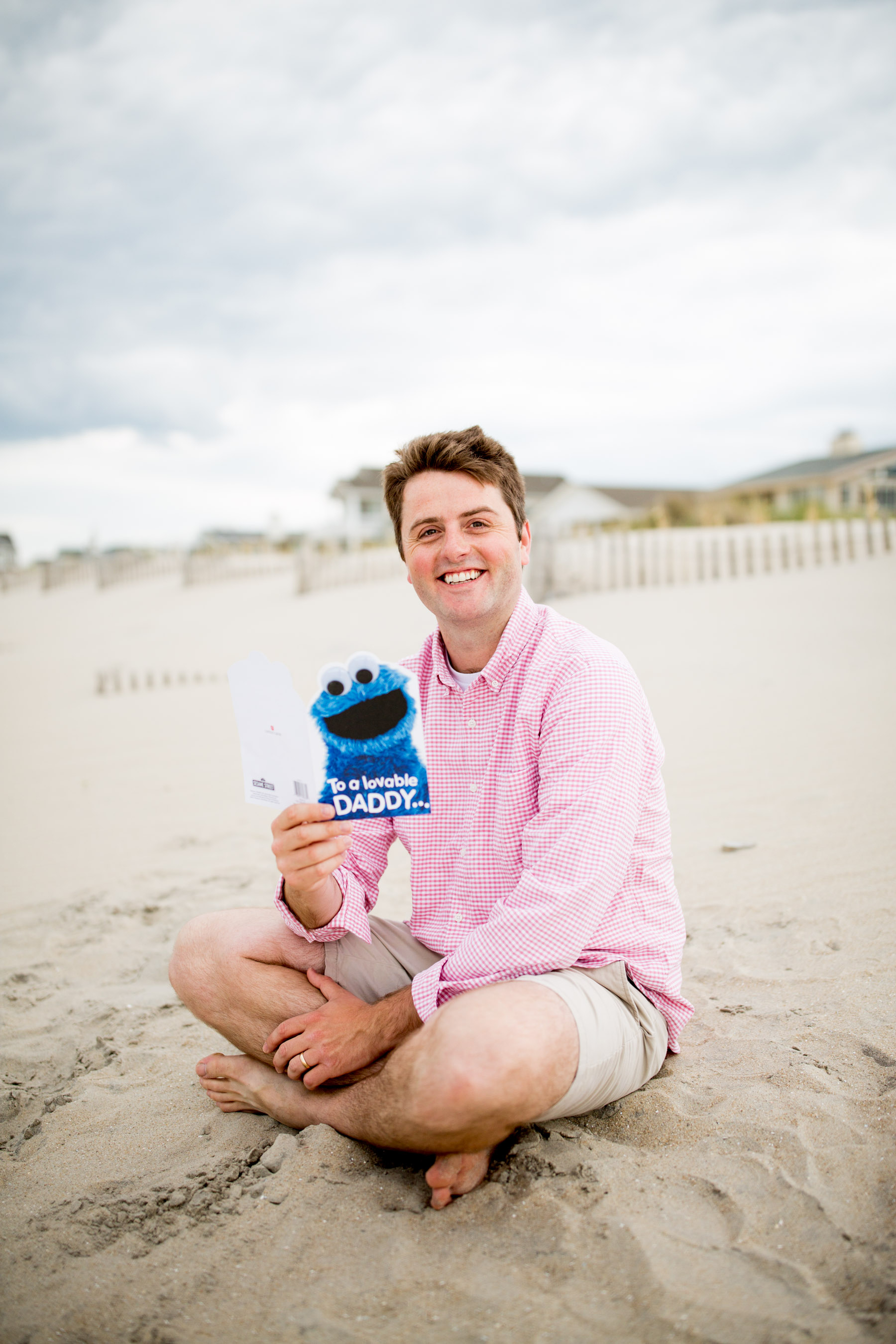 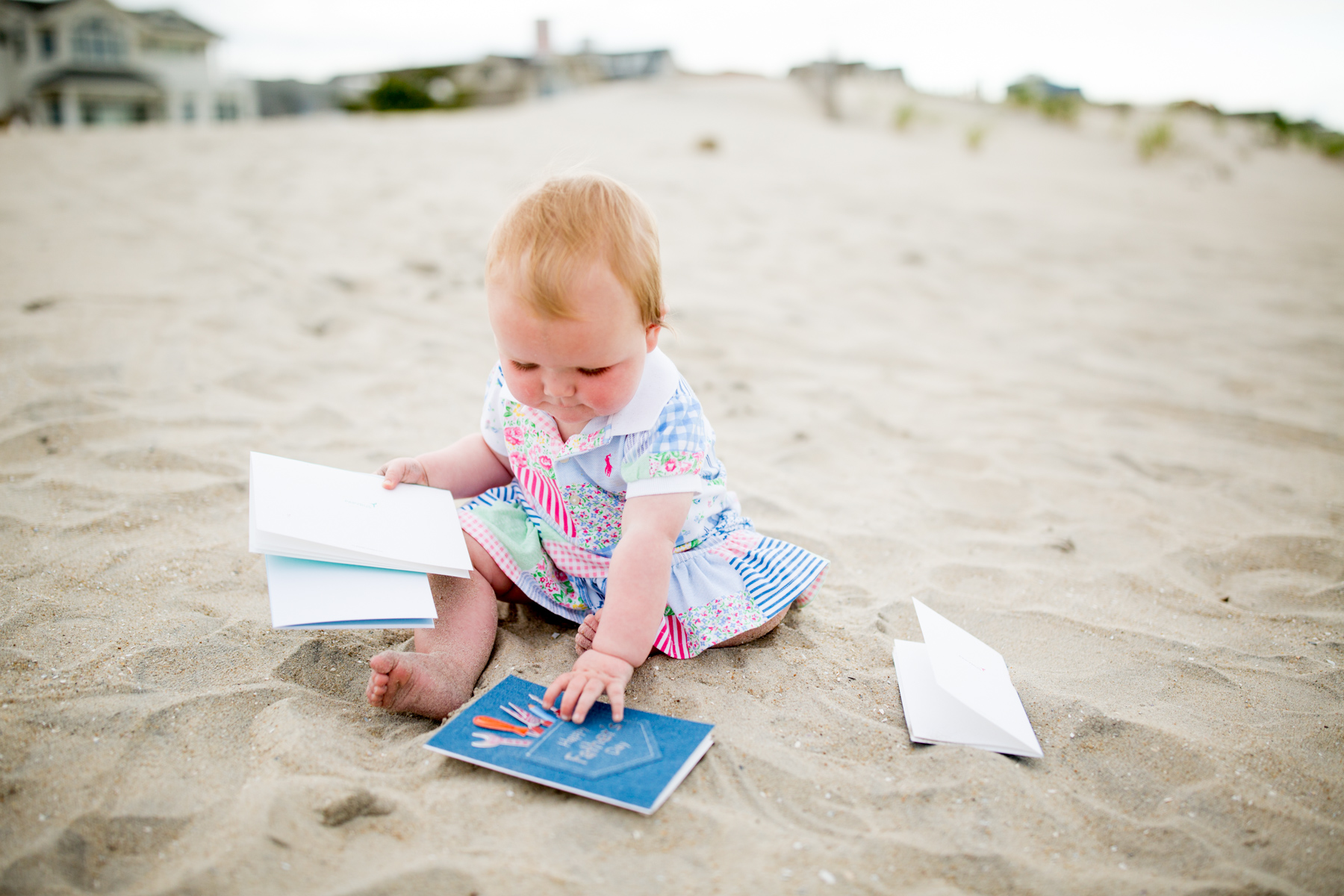 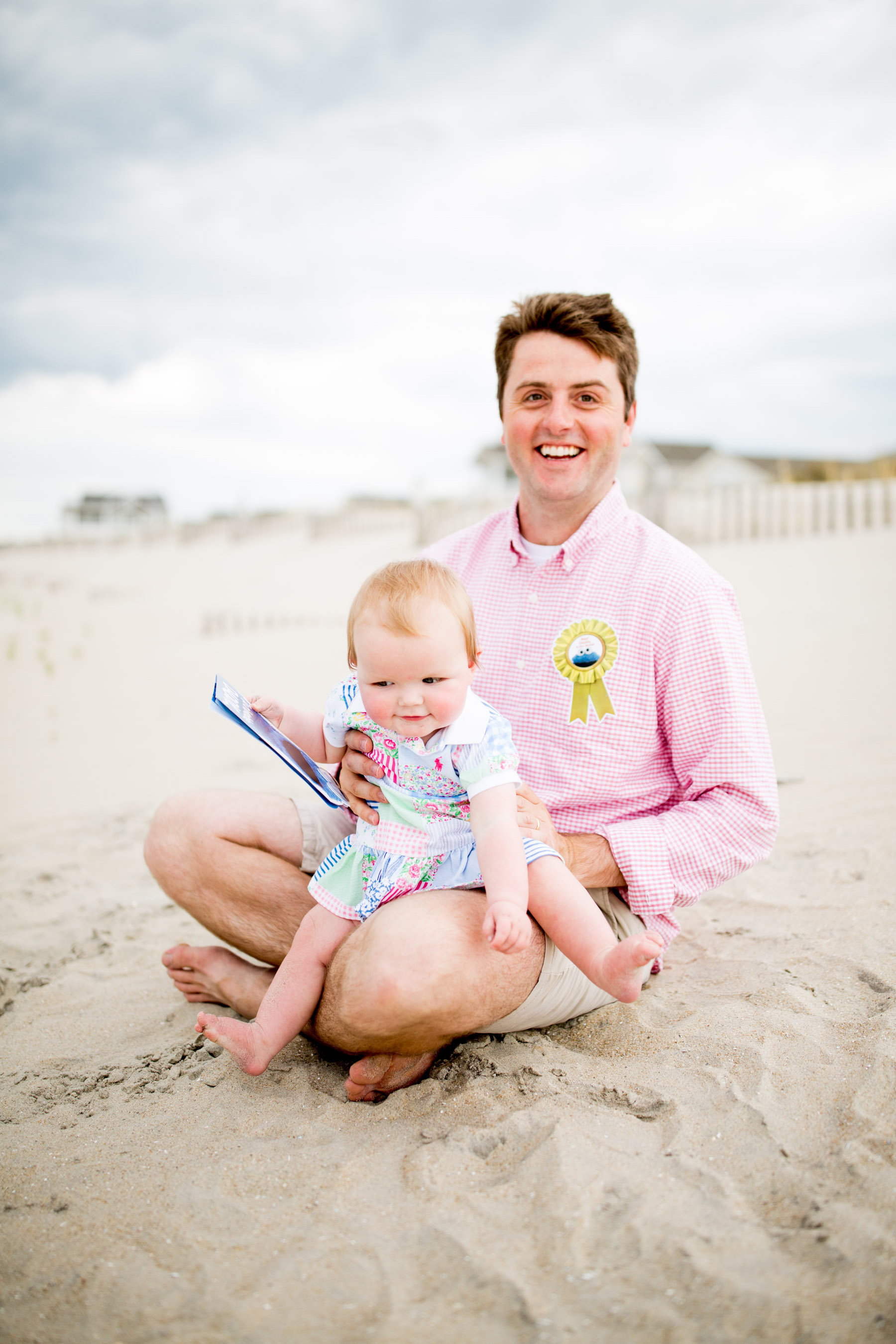 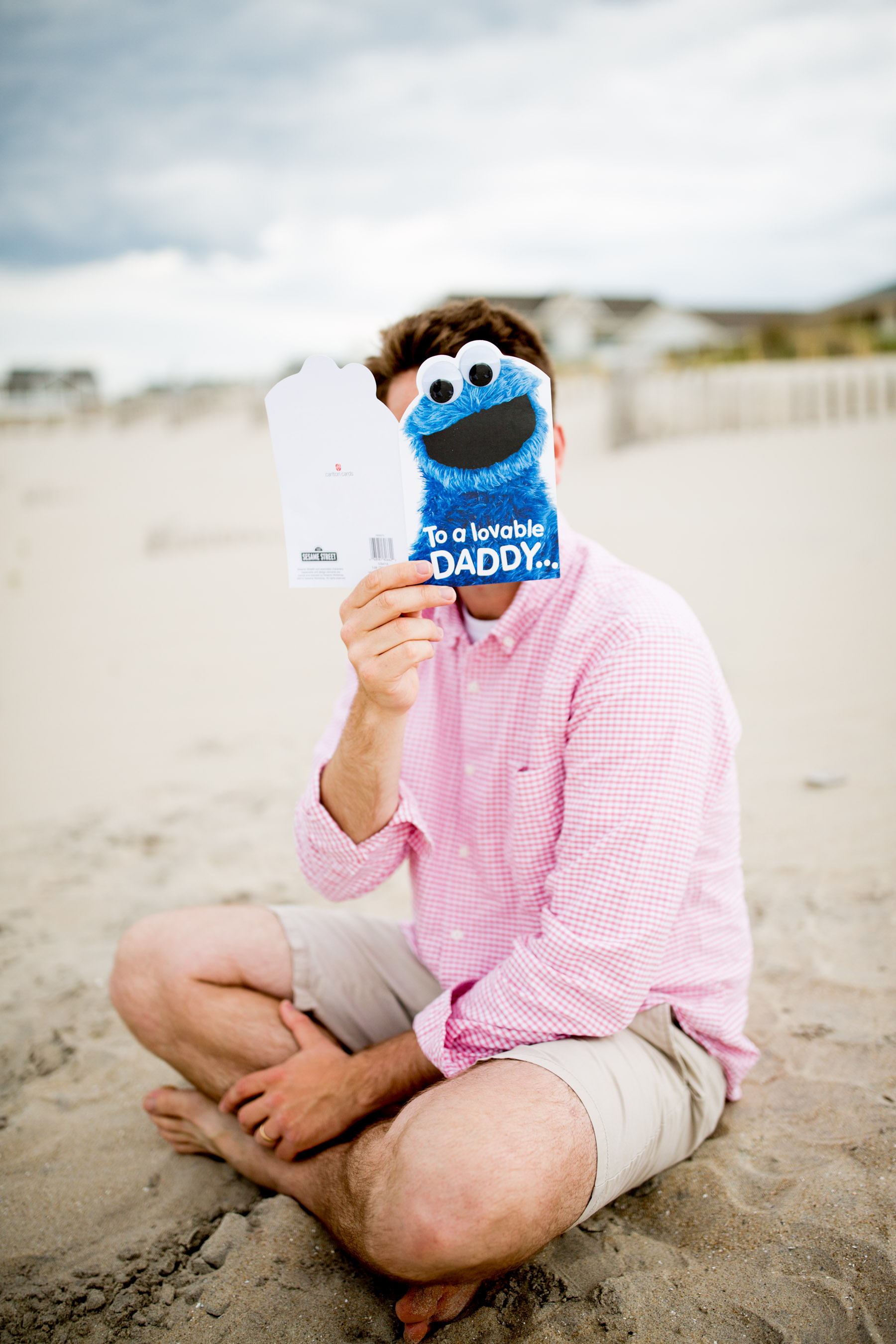 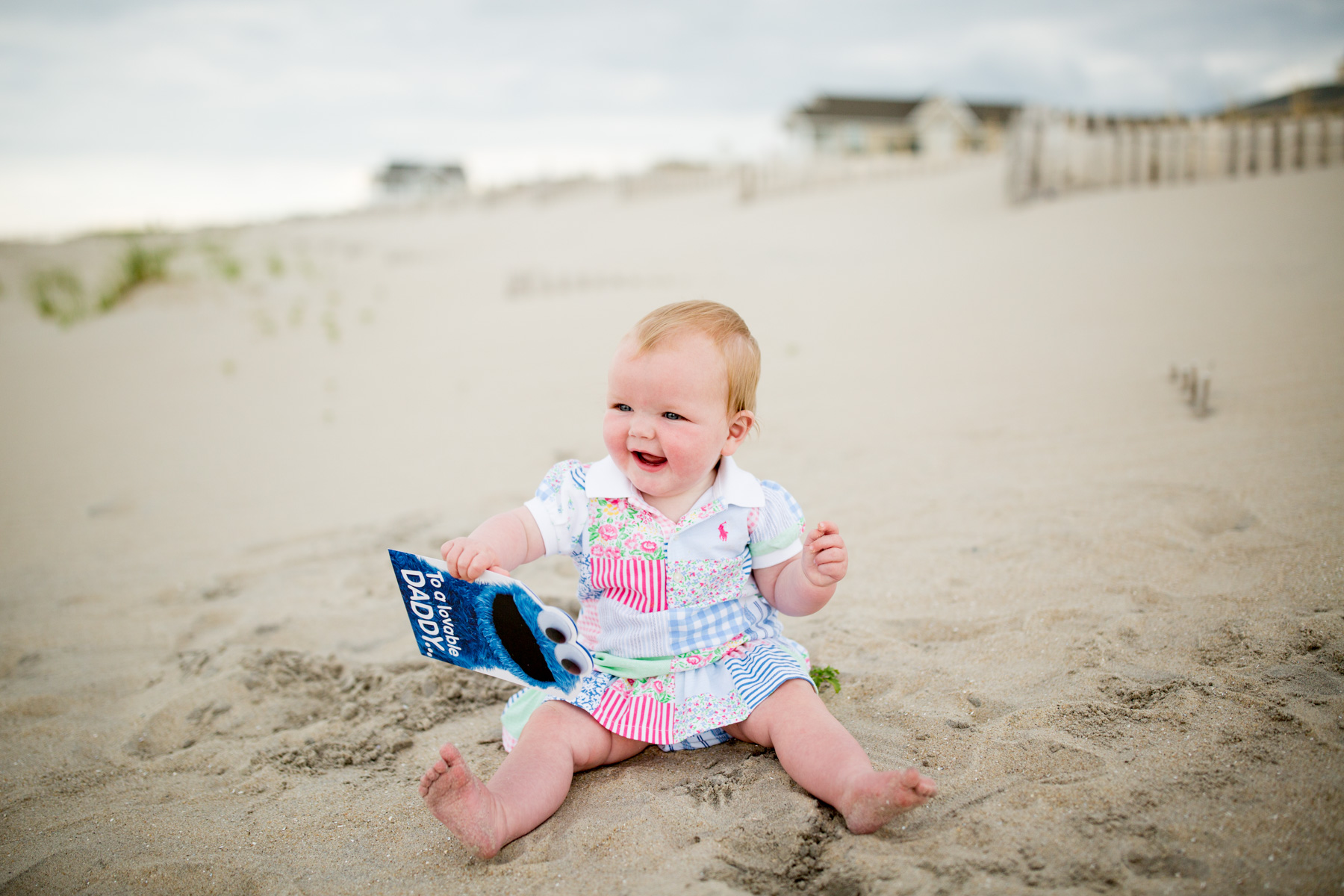 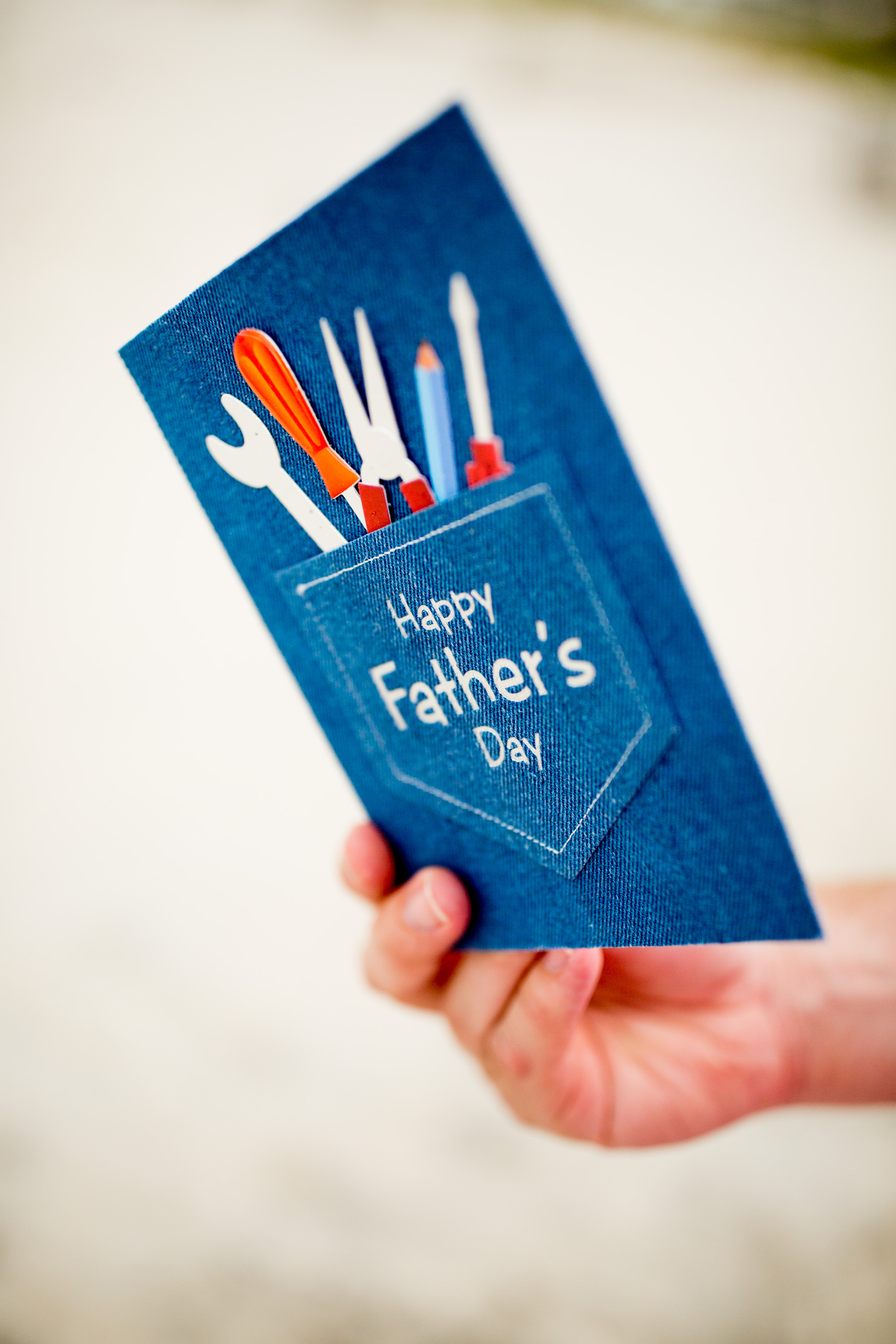 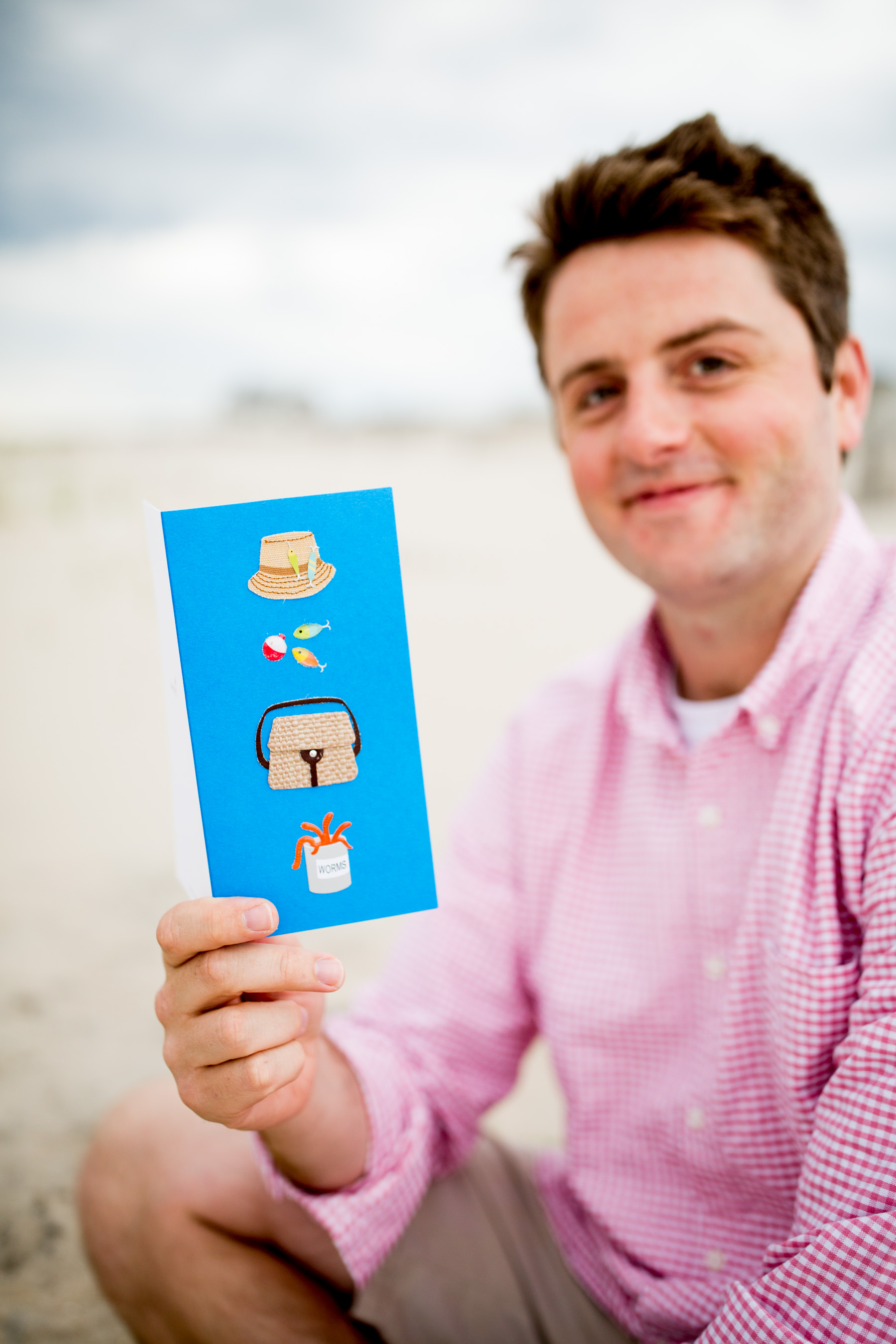 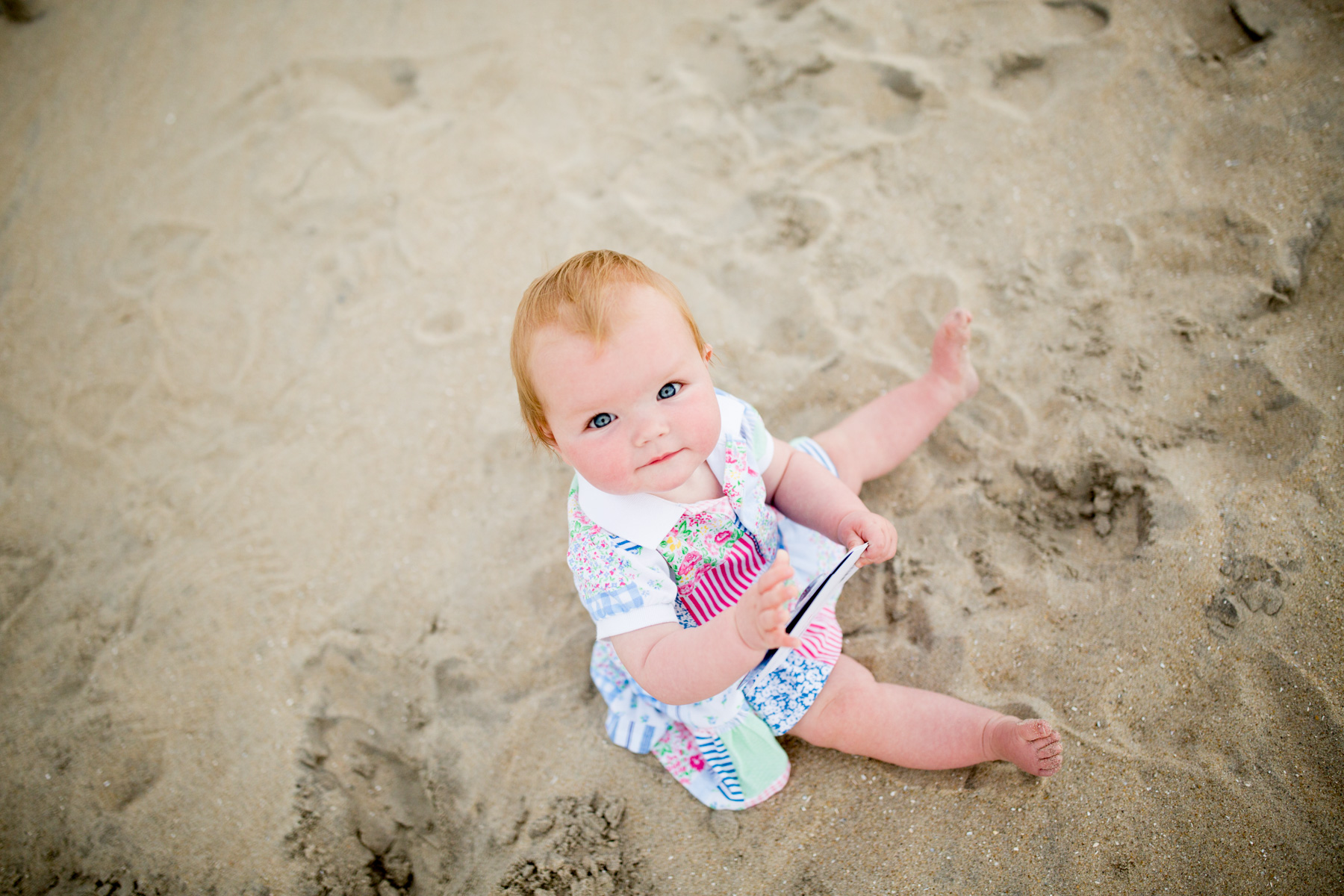 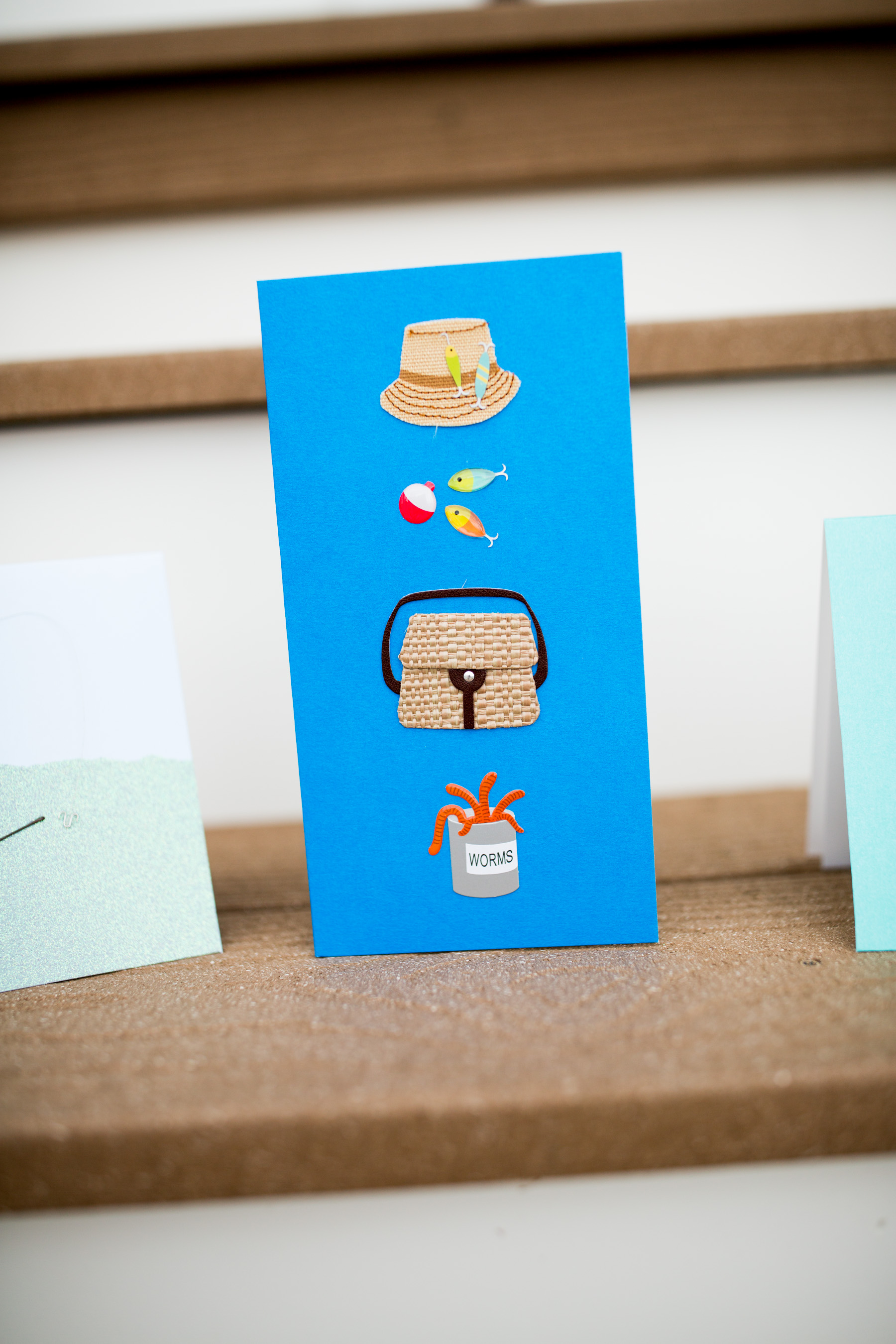 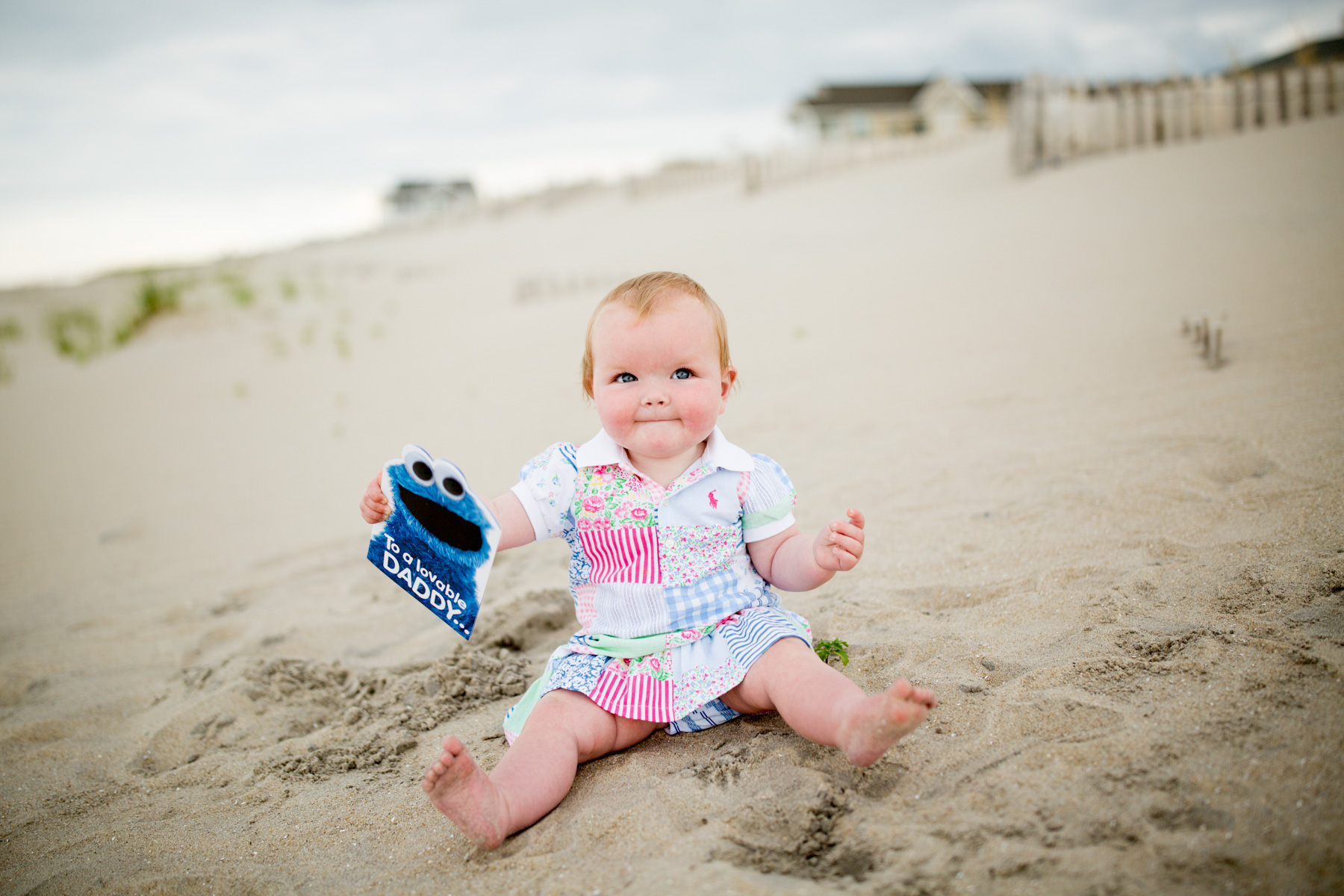 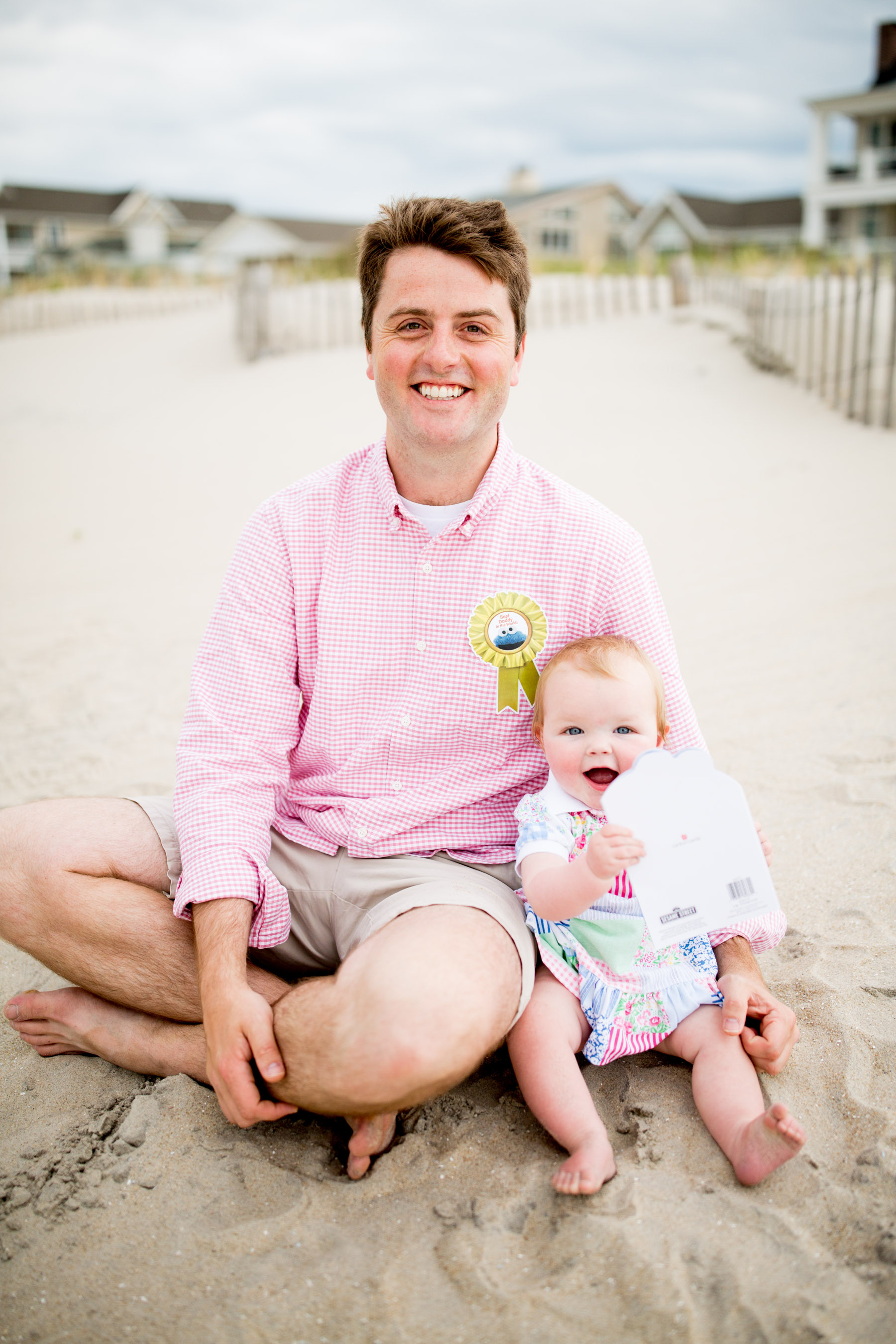 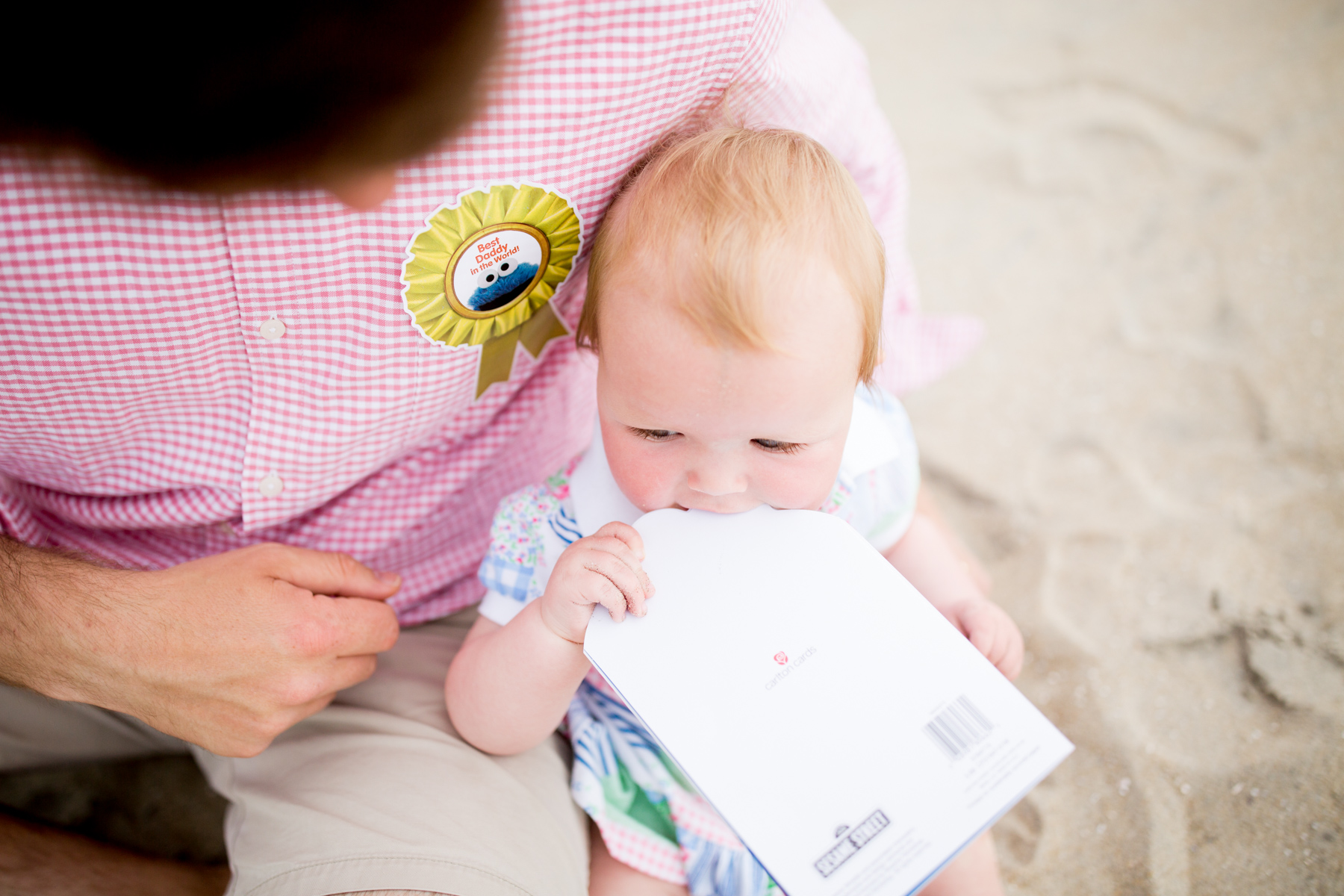 This post is sponsored by American Greetings, but all opinions are my own. As always, thank you so much for supporting the partnerships that keep Kelly in the City up and running! 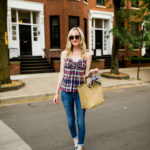