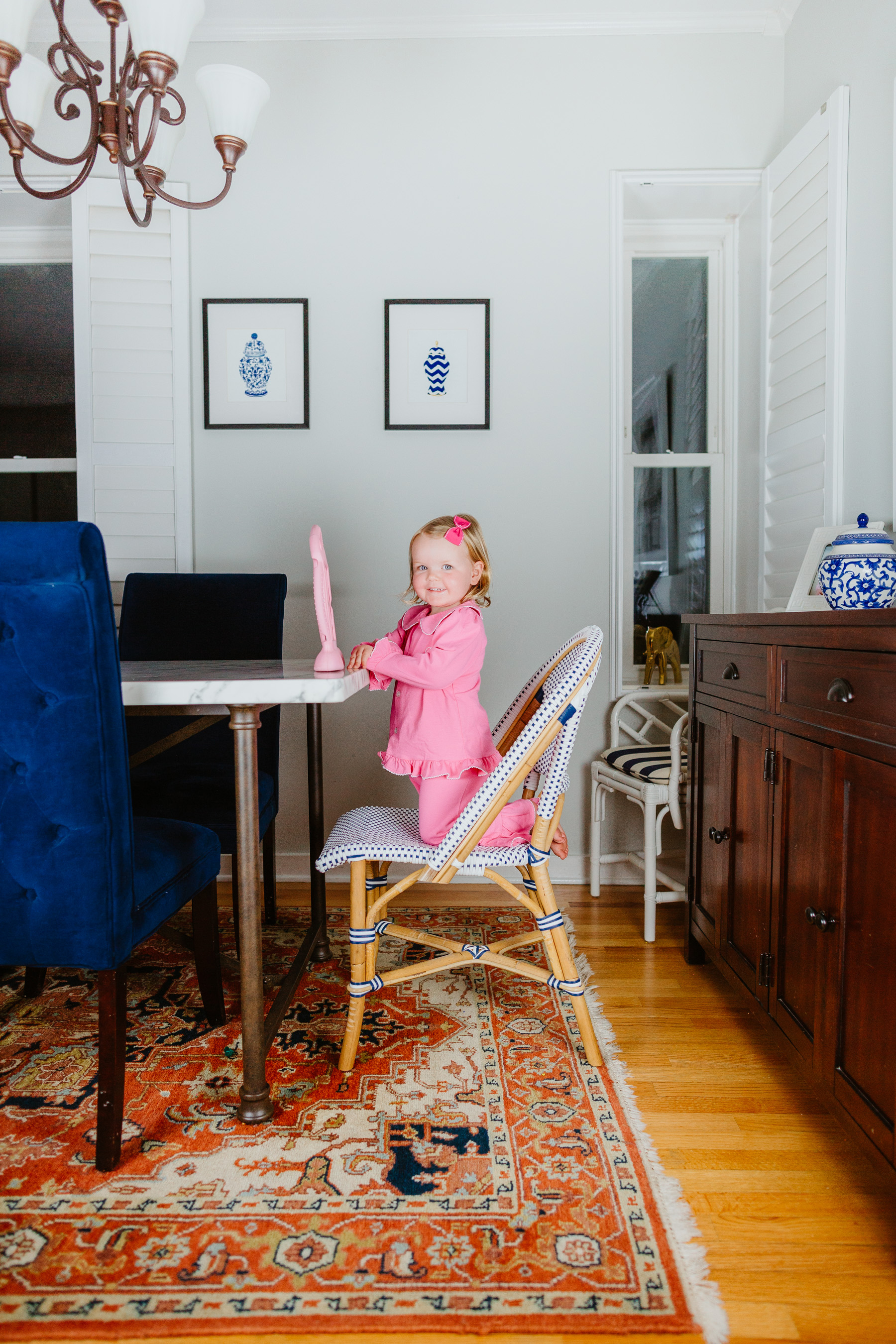 Today, I’m linking up with my friends Julia from Lemon Stripes, Danielle from Danielle Moss, Liz from Hello Adams Family, Emily from Isn’t That Charming, and Liz from Pure Joy Home for a new monthly series that we’re calling “Mom Talk.” ☺️ Every single one of these women is an extraordinary parent, blogger and person… and I can’t encourage you enough to not only read their pieces today, but also follow along with their lives. They provide me with so much daily inspiration. I’m very grateful to be part of such a talented and supportive team spread throughout Connecticut, Chicago and Detroit. ❤️

So yeah! Today’s topic is children and screen time, which is something I’m really struggling with right now. Because while Emma certainly loves watching Disney princess movies, she’s obsessed with the iPad… and she’d spend hours on the thing every day if we let her.

First, I should start by saying that before Emma turned into a toddler, I had somewhat strict rules regarding screen time, and it was relatively easy to abide by them. Yes, of course my baby cried, just like all babies do. But more often than not, the only consolation she needed was a bottle, burp, nap, new diaper, different toy or change of scenery. But then “Toddlerhood” hit, and all bets were off. And we consciously made the choice to purchase an iPad for occasional use because of that.

Emma is an awesome toddler. She’s an absolute sweetheart and has such a big heart; she’s fun-loving and downright hysterical; she is inquisitive and loves learning. And while I know all parents say this about their kids, we really did hit the jackpot with her. She’s everything to us.

Still, she’s a toddler! And toddlers can be tough. You can sometimes reason with them but not always, and while I think Emma normally has a great temperament, tantrums can come on quickly and without warning. And as much as I’d like to paint a picture of the Larkin Family as being totally put together and on top of screen time, the truth is not that. Because as a parent, I’ll often do whatever necessary to quell both the blowup and panic/sense of urgency that comes along with it.

Maybe we’re on a plane. Or maybe we’re in the middle of a long car ride. Or maybe I’m at the doctor’s with her because I couldn’t find a babysitter. Maybe we’re traveling and just don’t have enough toys with us since there are only so many you can fit into a suitcase. Or maybe I need to take an important phone call. Or maybe I’m trying to make breakfast and she’s completely destroyed the house and all else is failing. Maybe we’re at a restaurant. Or maybe it’s two hours to bedtime and Pregnant Mommy is on her last legs and there’s just nothing left in her besides another baby who’s karate-chopping her bladder like she should be chopping the veggies. Regardless, the iPad comes out because desperate times call for desperate measures, and if you have a magic unicorn, you use the magic unicorn.

When I hand over our tablet–wrapped in a bullet-proof pink foam case–I feel a pang of guilt. But the wave of relief is so much greater than said guilt that I’m just fine. 😂 All our worries fall to the wayside, and for the foreseeable future, it is only Emma and her matching shapes app. Or drawing app. Or tracing app…

In short, she’s fine and I’m fine. She’s learning, I’m able to do whatever it is I need to do, and everyone’s happy.

But as you might be able to imagine, it’s somewhat natural to form a dependency on the thing, especially when life gets hectic or overwhelming and you need an extra hand. (Or when it feels like you haven’t been had a real conversation with your husband in over a month.) And here’s the thing: I don’t know if there’s really anything wrong with letting her use the iPad, as long as the apps are engaging and educational to an extent, and she’s not [regularly] on it for ridiculous stretches of time. I mean, it is far more interactive than a movie or television show, right?

On our recent trip to Florida that was fortuitously and unexpectedly extended due to cancelled flights, the iPad was our savior. Half of the trip was warm and sunny, and we spent our days swimming, exploring and playing in the sand. But the other half was rainy and chilly, and by the seventh game of hide-and-seek in our Airbnb, we realized that we simply didn’t have enough to keep our active little girl busy. Out came the iPad on way more occasions than I’d like to admit. Probably for at least an hour or two per day. (This would never happen at home, but still. Eek!)

When we returned to Chicago, Mitch and I agreed that it was time to retire the iPad for a while. It was time to play with our toys, to color on real paper, to run around with our friends, to walk Noodle, to read physical books, to count tangible things, to use our imaginations, and to play make-believe. Not that the iPad didn’t allow her to do some of this stuff; I’m constantly amazed by what Emma learns from it. In many ways, it’s like a virtual preschool classroom! But you know: I wanted her to unplug. To lose that glazed-over look we’d come to know. To look up.

Mitch and I subscribe to the whole “everything in moderation, including moderation” mindset. We think there’s great importance in Emma becoming comfortable and familiar with technology–and enjoying it. Since she’ll need technological literacy in her life. Soon, she’ll likely put to use so many of the skills she’s currently honing with her tablet. But we also recognize the dangers of dependency and that she could miss out on a lot if she’s “plugged in” too often. On the other hand, we understand that there will be times–or stretches of time–when the iPad is our only hope. And that’s okay. I don’t want to be weighed down by guilt simply because others view it as a negative. I mean, the vast majority of us grew up watching a LOT of cartoons, and most of us became decent humans, right?!

For now, though, the Larkin Family is simply following a new set of “screen time rules” that went into effect the moment we walked out of O’Hare International Airport this past Sunday. (Because good god, we needed the iPad during the whole baggage claim fiasco, haha. Oh, and I need to come clean about the irony behind the featured image in this blog post. I totes bribed Emma with 15 minutes of tablet use so I could take the photo. Awesome. 😂)

The rules are as follows:

What are your thoughts on children and screen time? Have you set rules in your home? (You can answer even if you’re not a parent, as I think this topic applies to everyone. Especially considering how much we’re *all* on our phones and devices these days!)

Remember to check out my girlfriends’ posts, too. So important to hear others’ perspectives!

Emily from Isn’t That Charming 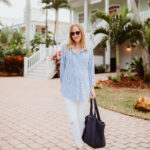