Would You Let Your Kid Watch “The Little Mermaid”? 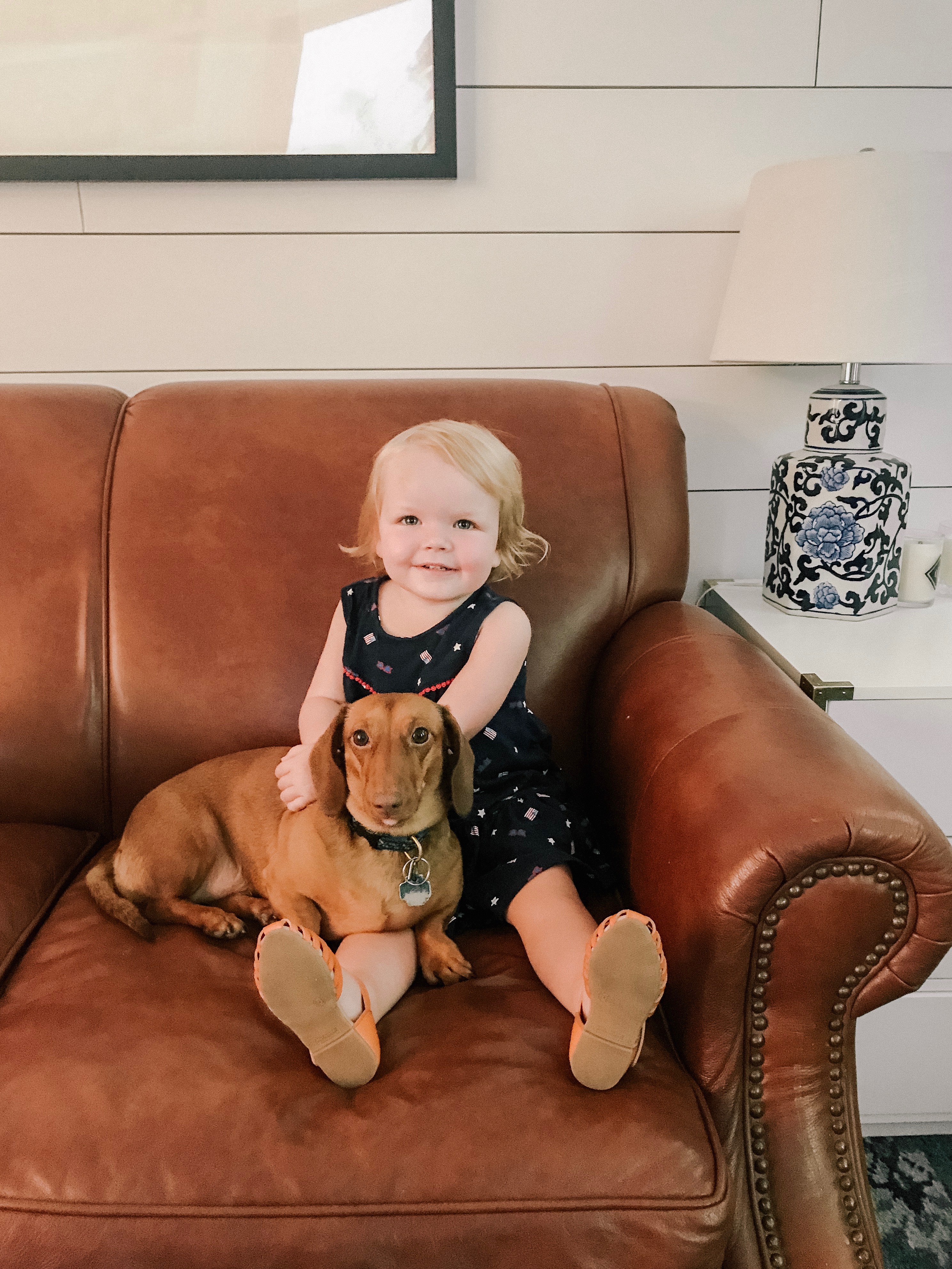 ^ Emma in the early hours of the morning, watching her favorite movie–clad in a Fourth of July dress, of course–with her sidekick.

Right now, the Larkins are “Little Mermaid”-obsessed. Actually, I should rephrase that: Emma is “Little Mermaid”-obsessed, and Mom and Dad are along for the ride. It feels like we’ve watched the movie hundreds of times at this point, and mermaids are worked into nearly every aspect of life. We talk about them on our walks, over dinner, we talk about them while we play. I really can’t guess how many times we’ve belted out the (wrong) lyrics to “Part of Your World,” and don’t even get me started on how confusing it is that all our dolls and stuffed animals have been renamed “Ariel.”

Come on, Emma. Narrow it down just a little bit.

Jokes aside, I’m loving almost every minute of this. I was six when the animated film came out, and it overtook my life, too. I lived and breathed all things “Under the Sea,” and I can distinctly remember how much I adored my precious mermaid toys. There was the doll, of course, which I couldn’t believe my parents bought me. (It kind of looked like this, but it was obviously WAY cooler.) To the best of my recollection, the doll was a total surprise and given to me right before we went shoe shopping for Dad.

I remember sitting in the middle of one of the aisles, just staring at the perfection that laid in my lap. Had my life peaked?! Would I ever be happier than I was in this moment?! And then there was Flounder. He was life-sized and hands down my favorite Christmas gift. I carried him around with me for a long time, constantly reassuring him that everything was going to be okay.

OH! And I can’t forget the purse. Guys. It was fan-tas-tic. The front of it was clear, and there was this weird blue gel stuff in there–made to look like the ocean–that floated around when you turned the bag. There were characters and glitter, too. The bag was given to me as a bribe, haha. At the grand opening of my uncle’s new chiropractic office, everyone wanted me to sit in the chair for a photo. I was terrified, but my mother whispered to me, “You know what? If you can be brave and sit in the chair for a second, I might have a special mermaid surprise waiting at home for you.” My eyes lit up and I approached the chair, and then I freaked out and sprinted out of the room. Mom still gave me the bag, though, which was nice. ;)

What a great time in my life. Of course, it all came to a screeching halt when “Beauty and the Beast” came out a few years later. I was downright furious. How dare Disney try to replace the embodiment of such perfection?! My poor best friend. She was on the receiving end of my dramatic response to the release of the new movie. What do you mean we’re not being mermaids for Halloween again this year?! HOW COULD YOU BETRAY ME LIKE THIS?

Now that I’ve revealed that I’m a complete psychopath, I’m ready to arrive at my first point: I get it. I hope Emma doesn’t have a mental breakdown when she realizes she missed the height of the movie’s popularity by a few decades. But I love that she’s currently experiencing the magic of Triton’s underwater kingdom as well. And I think we can all agree that a child’s ability to transport herself to a make-believe world is something to be envied.

Something’s been bugging me recently, though. Maybe it’s because we’ve recently watched the film so many times and I’m reading into things–and no, let’s not discuss the hotly debated topic of kids and “screen time” right now because that’s a conversation for another day. (It was a crazy month, okay? 😂 “The Little Mermaid” is the reason we survived it!). But I just keep thinking about our beloved protagonist, Ariel, and how she’s not exactly the best heroine for today’s little girl. (Or boy.)

First, she’s sexualized. The skimpy seashell bra; the sexy, Barbie-like silhouettes of her curves that show up multiple times throughout the film. Scenes like this one? It’s hard not to notice it now that I’m older, and maybe it’s all a little too much. Especially considering that Ariel reveals early on that she’s only 16 years old. Yes, she tells us that she’s “not a child anymore” in the same breath, and I’ll admit here that I was kissing boys when I was around that age. (Fine. “Boy” singular. And it didn’t work out.) I also realize that mermaids have always been depicted this way, dating back to Hans Christian Andersen’s original telling of the fairytale, and probably even before that.

In fact, most illustrations back then showed them topless! So perhaps Disney was actually being quite modest in its adaption. Still, I do wish Ariel’s creators had reeled it in even more. (Ocean joke.) When I compare Ariel’s physical appearance to Moana’s, for example, there are some pretty noticeable and stark differences: Moana seems of average weight; her top, while still showing off some of her mid-drift, covers far more of her body; and her skirt covers her bellybutton, whereas Ariel’s mermaid tail dips pretty far down there. On the other hand, heroines from more recent Disney films–such as “Frozen” and “Tangled,” for example–are more covered up but do have figures that resemble Ariel’s moreso than Moana’s. So idk, haha.

There also isn’t much depth to Ariel’s character, and she fails to develop qualities we usually look for in heroines: namely courage and strength. Maybe she has a little. She does go to the surface and is willing to take risks for what she wants, I guess–but as I watch the movie as a grown woman. It seems like Ariel simply changes who she is for a guy. Most devastating, though, is the fact that she gives up her voice (!!!) to be with Said Guy. Boooo.

We are taught that this doesn’t work, as Eric demonstrates that he can’t fall in love with someone without truly getting to know her. But who saves the day at the end of the story? The men. Eric ultimately kills Ursula as Ariel sits helpless at the bottom of a whirlpool, and King Triton restores peace and grants Ariel her wish. I don’t love these messages.

Moana outshines Ariel, and her strength as a woman is highlighted and celebrated over and over again. I read this somewhere, but I believe the creators of “Moana” originally planned on having Maui (the male) save the day but changed the storyline so Moana, the leading female character, could do so instead. I liked that.

Similarly, modernized Disney princesses like Elsa from “Frozen” finds inner strength to overcome a challenge, and so does Merida from “Brave.” Then again, “Beauty and the Beast,” which came out only a few years after “The Little Mermaid,” seemed to show progress in this department and embrace feminism, too. Belle rejects the idea of only being a wife and catering to her chauvinistic jerk of a husband’s every need, and she yearns for education and adventure. So once again, idk. Maybe the creators of “The Little Mermaid” just didn’t want to stray too far from the original tale.

Regardless, how wonderful is it that there’s been a marked shift in the depiction of women in films and elsewhere? I mean, just read this (yikes) and I think you’ll agree that Disney did alter the protagonist for the better, making her less passive. According to The Atlantic, Roger Ebert was a huge fan of Ariel when the movie was originally released, saying she was a “fully realized female character who thinks and acts independently, even rebelliously, instead of hanging around passively while the fates decide her destiny.” Still, I’m pretty sure that critics would be outraged if Disney put out a movie like “The Little Mermaid” today. Because things are continuing to change. And that’s awesome.

So here I am, faced with the decision of whether to allow my daughter to watch a film that intentionally or not, sends messages I don’t love.

I’ll be honest and say that I am going to let her. (Even though the songs are beginning to haunt my dreams.) Why? I suppose because I’m confident that we’ll raise Emma to be an self-sufficient, self-assured woman who knows that she’s valued for far more than her appearance. Would the movie be my first choice? I don’t know. Maybe?! It was my fave growing up, and it brought me so much joy! Emma she loves it, too, and that’s okay with me. It’s just a fairytale.

We also threw her a “Little Mermaid”-themed birthday party last weekend, so clearly this hasn’t been weighing on me that much.

Looking back, I really believe that despite having watched the movie a zillion times myself as a child, it didn’t seep into my subconscious and affect my sense of self worth. I didn’t eternalize or even notice that Ariel wasn’t a great heroine. And I didn’t obsess over my appearance, have issues with promiscuity, or depend on men later in life. And I’ve never liked bikinis. 😉

I credit my parents here. They surrounded me with countless other movies, books and stories that did, in fact, send incredibly positive messages… and they made sure I had awesome female role models. That had the biggest impact on the person I became. Frankly, I didn’t pick up on the story’s flaws until this year when I revisited it as an adult.

To six-year-old Kelly, “The Little Mermaid” was simply fun. A magical story about a magical underwater kingdom where fish talk and forks are combs and princesses fall in love and live happily ever after.

But what do you think? 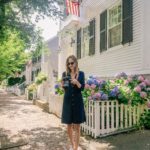