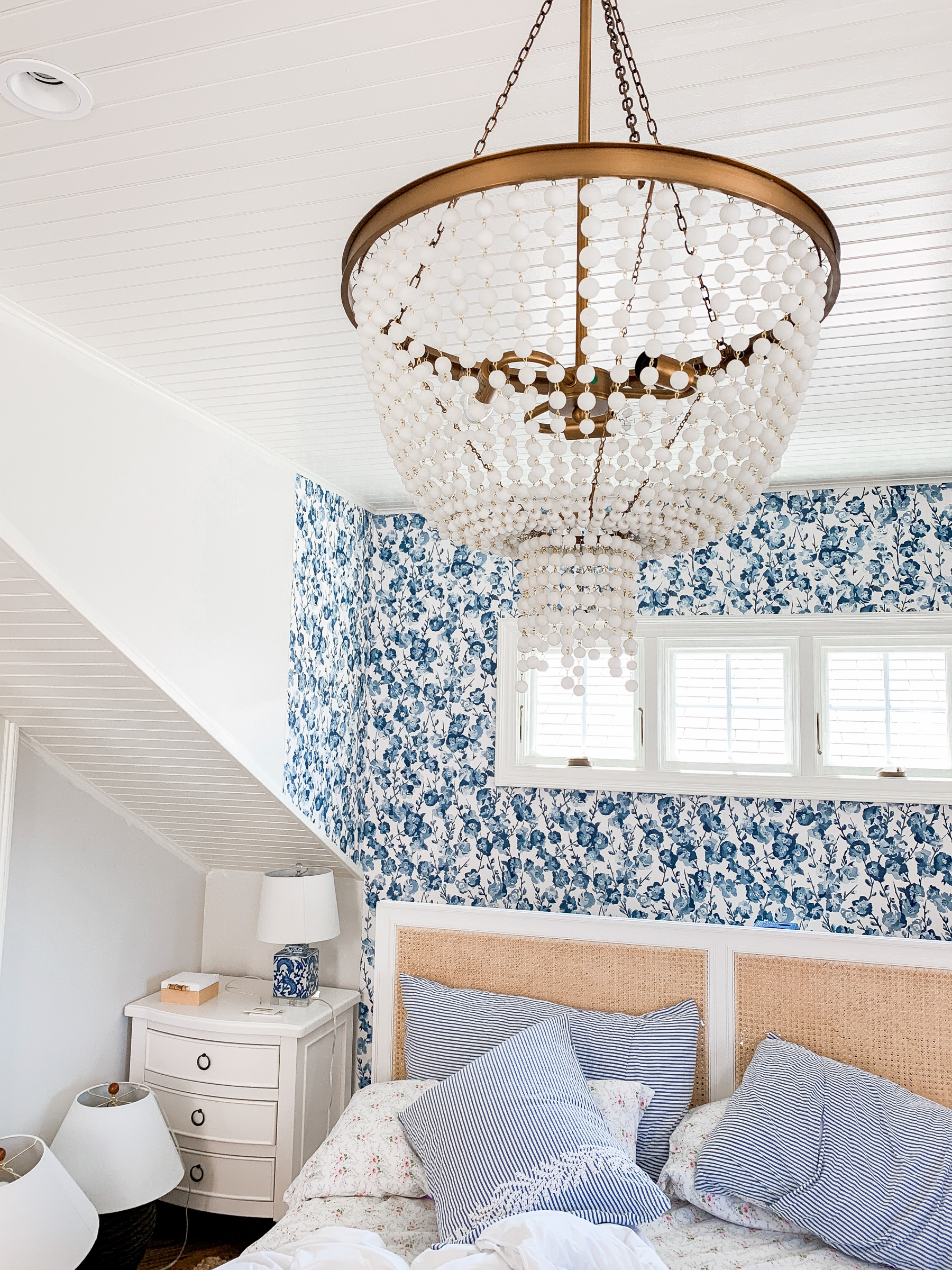 Please excuse the mess, but I wanted to share a little “in progress” post for our master bedroom. I’m SO excited that it’s almost done, and I can’t wait to get back in there! (We’ve been sleeping in Lucy’s room during the transformation. 😉)

Note: I forgot to include a giveaway in yesterday’s post, so let’s do two today. To win one of TWO $50 prizes to shop the Preppy Girl’s Guide to Shopping the Nordstrom Anniversary Sale, simply:

In case this is your first time visiting the blog, we’ve been having wainscoting, beadboard ceilings and wallpaper installed on the top two floors of our new home over the last few weeks with Kira David Design. (Emma’s room, Lucy’s room, my office and our master.) We’re at the very end of it, and while I obviously still have a lot to do in terms of decor, I can’t believe how “finished” the spaces look with the millwork and wallpaper alone. Each room feels homey, and I love that! And now that the big stuff has been taken care of, I’m looking forward to taking my time with the decor. :)

Congratulations to Kira and her husband Tom, who just had their first child, Greta Mae. We love you three so much, and are so happy that we get to raise our girls in the city together, just as we used to dream of doing! Greta, welcome to the world!

Whenever I look at “finished” interiors on Pinterest and blogs, I tend to feel discouraged… and that I could never, ever create a space like that. Because of this, my goal with home content this year is to show you not just the pretty, stylized photos, but also the “start to finish,” my thought processes behind everything, and what I’m learning from Kira. (Because she’s truly making this so much less daunting for me. It should be fun, right?!) I’m just a normal girl without a design background on a quest to make her home feel warm, inviting and comfortable.

So let’s do this! 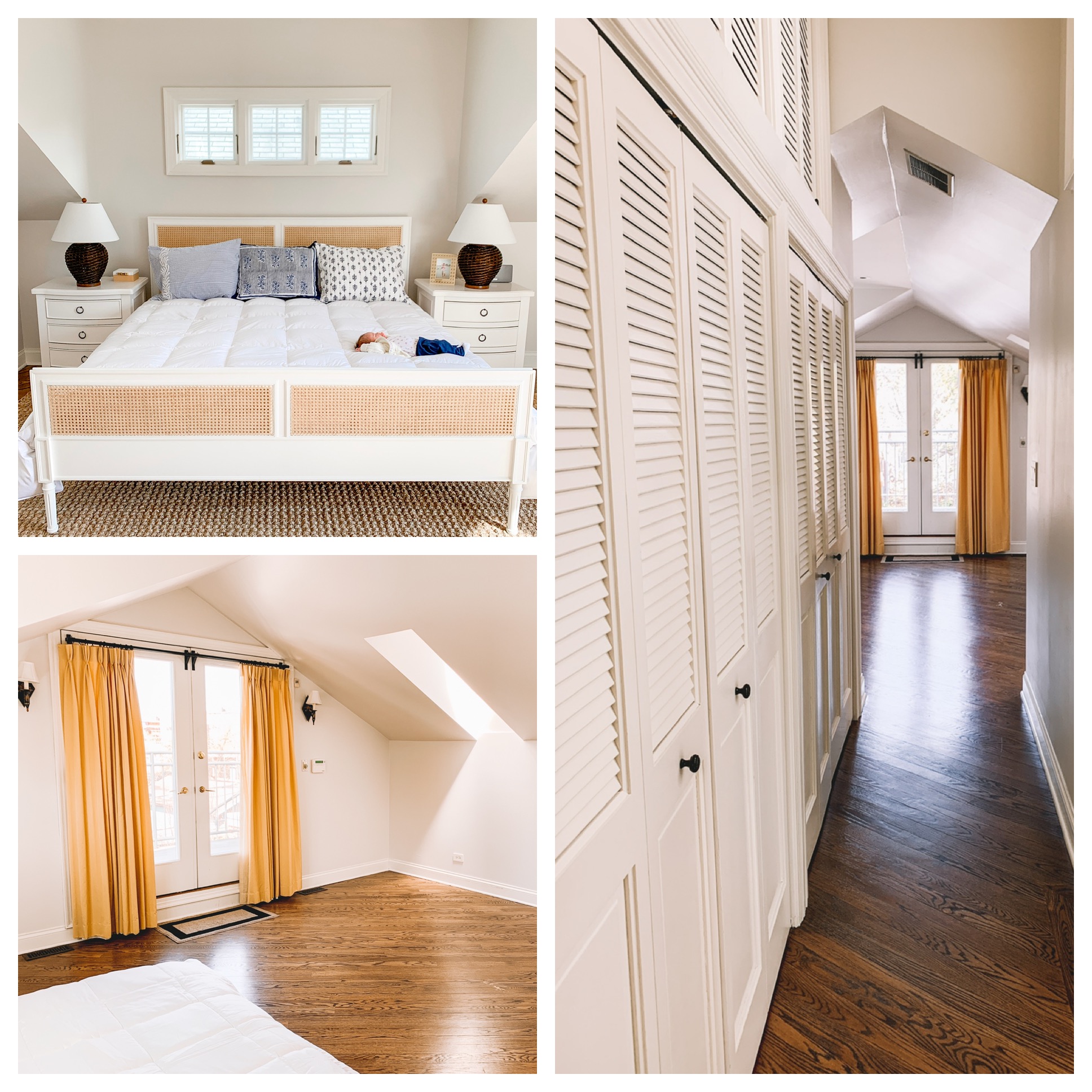 I’ve always been drawn to paneled ceilings, and when we found our house, I knew I wanted to eventually install them on the top floor because the dormer design really lends itself to that. I’m the queen of saying “one day…” when it comes to home improvement projects because I get so darn overwhelmed by them, but Kira and Mitch convinced me that doing it immediately was the better route for a ton of reasons. While I wasn’t that keen on having a mini construction project going on in my home right after moving and having a baby, I’m VERY happy we went ahead and did it. It adds so much character to the room!

You can’t see them in the above photos, but there are two closet doors in the master that are made to blend into the walls… though they don’t blend all that well. ;) Kira suggested “framing them out,” and now they’re GORGEOUS. I promise to show you before and after pics in my next post! The difference is amazing.

A few weeks ago, I polled you guys in this post about what Serena & Lily wallpaper we should go with for the room because I couldn’t decide. Surprisingly, it was pretty evenly split between the three options! (It was between single percentage points. Very weird, right?! I guess all the patterns are just THAT good!) But the best part was that a bunch of you had a genius idea: wallpaper the room in one print, and then the long hallway in another to both break up the space and include not one print but TWO. (Great for the indecisive!).

I was leaning toward these stripes for the bedroom, but several readers intelligently said that the vertical stripes wouldn’t look great in there because of the horizontal beadboard ceilings. So incredibly helpful! (Definitely hadn’t thought of that.) So we settled on the floral Fairfax Wallpaper for the room and the Acadia Stripe Wallpaper for the hallway. Again, we’re both thrilled with how it’s turning out, and we can’t thank you enough for weighing in! (And a big thank you to Serena & Lily for providing us with the wallpaper for this project!)

This was the first thing I purchased when we moved into the new house. Yes, it was an investment, but I’d been longing for it forever and I knew it would be my splurge. :) No regrets! It’s even more beautiful in person.

I found this on sale and went for it while Kira was in the hospital. ;) I was joking the other day with my friend Carly (who’s also working with Kira) that I’ve been making some “questionable design decisions” while she’s been out of office 😂, but I think she’s going to like this! It looks very much like the designer stuff, but since it’s from PB Teen, it’s priced far more reasonably. This is the other one I was considering, but I decided that it would look better in the office. Very happy with the decision!

We’ve had these for years, and I was so happy that they worked in our new space, too. They might eventually end up in Lucy’s room since she currently has some of the furniture from this line. (The taller chest didn’t fit in the master because of the dormer ceilings.) But for now, I love the nightstands!

Love it. Now that Mitch doesn’t have a dresser, I’ve pretty much given free rein of mine to Mitch, and just use a couple of drawers for socks and underwear. We have a LOT of closet space so I’ve simply be hanging up everything that used to go in my dresser–including jeans!–and I’m honestly so much happier. No more wrinkles!

This was a gift from my friends at Interior Define and The Everygirl. I adore it. Can’t decide whether it should go in the office or the master, though. HELP! ;)

Oh my goodness. It’s all from Serena & Lily and I nearly died when it arrived. It’s so pretty. We were very confused about how to style a bed–especially a king-sized bed, which we’d never owned before–but Taylor from S&L here in Lincoln Park helped us so much, and we totally ended up with stuff that we’re obsessed with. (While I was hesitant about going “matchy matchy” at first, I actually now think it’s going to look fantastic! Eeeee.) Here’s what we ended up choosing: Seersucker Duvet Cover / Seersucker Euros / Scalloped Sheets / Fairfax Quilt / Fairfax King Shams / Woven Accent Pillow

I found Ralph Lauren rattan lamps at HomeGoods about a month ago and I’m in love with them. They’re on the floor in the above photo. They JUST barely fit with the dormer ceilings, and I’m so grateful for that! If you’re looking for something similar, I like these. (I love a good chinoiserie lamp, but unfortunately I think the pattern would blend into the wallpaper. The dark brown works perfectly, though, and adds texture to the room!)

This was a Danielle Moss find. She swears by it! It’s amazingly affordable and surprisingly soft. I wouldn’t put it in a high traffic area because the prospect of stains would stress me out, but we’ve had it in our master for several months now and it’s perfect! So happy with it.

Another questionable design decision I made while Kira was in the hospital, haha. Do you like them?! I think they’re really cute. These are the ones I put in the office, which are even cuter. Kind of have regret about not just getting four of them. And now they’re sold out in brass. BAH! Moving on…

I have an old gold mirror right now, but I LOVE this one, and I’ve seen it get down to as little as $300 during big sales. Would love to one day invest in it, but for now, my old one is great.

Haven’t decided on which one yet, but would like to pull the trigger soon. I love Darby Home Co. for faux plants. That’s where our topiaries (on our front stoop) are from!

So I actually think we’re not going to have ANY art on the walls because there really isn’t any wall space to work with. I love this! One less thing to worry about (and pay for). Thank you, dormer ceilings.

I bought these very simple curtains because they were a steal. Would, however, like to do woven shades and/or a valance on the three windows over the bed at some point. This, however, stresses me out because custom curtains are confusing. The good news is that Kira’s a pro and says she’ll handle the whole thing for me. So if you’re in Chicago and need help with curtains, Kira’s your girl, too! 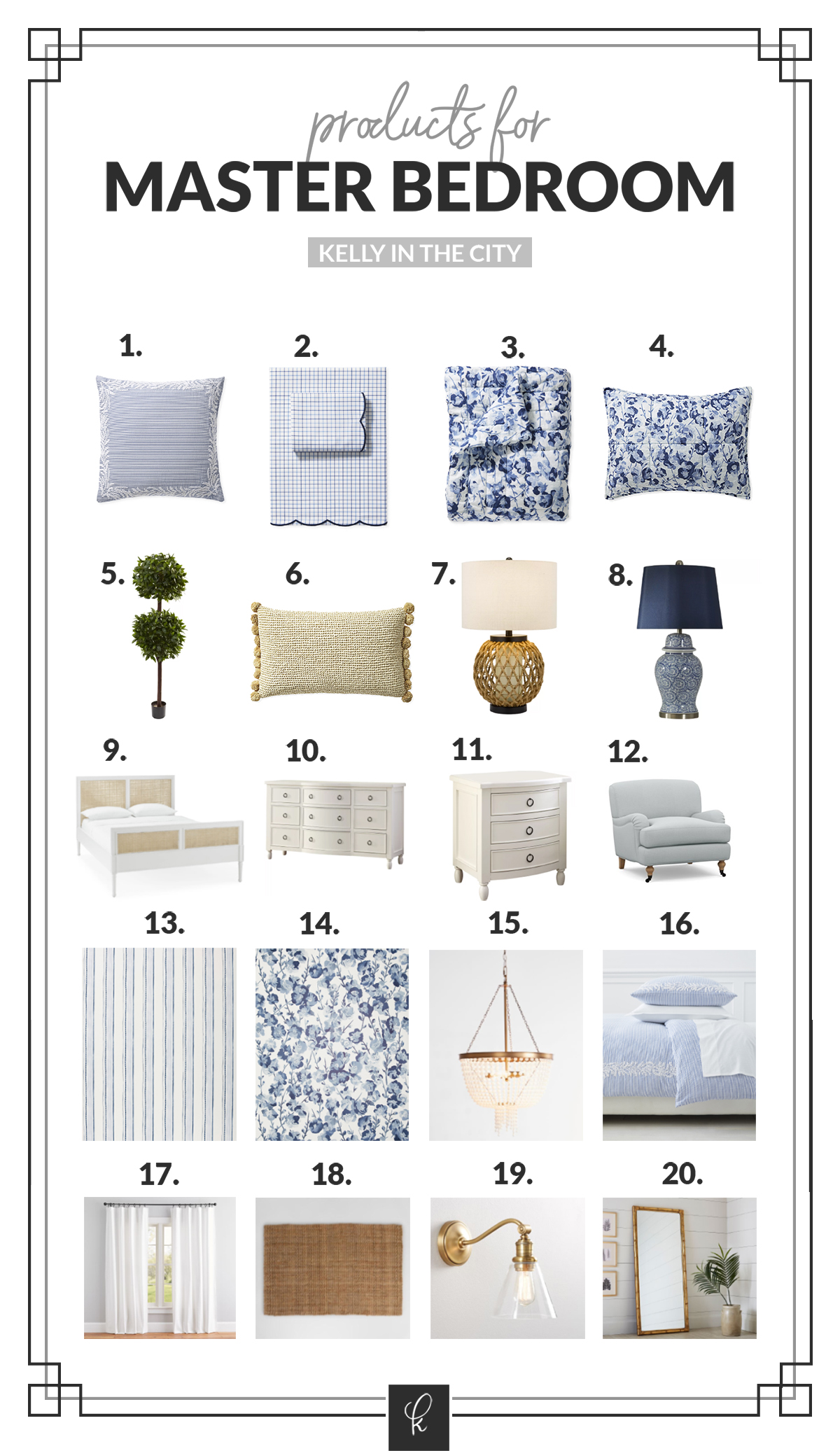 What do you think?! Suggestions?! Stay tuned for the final reveal! 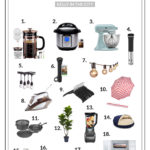