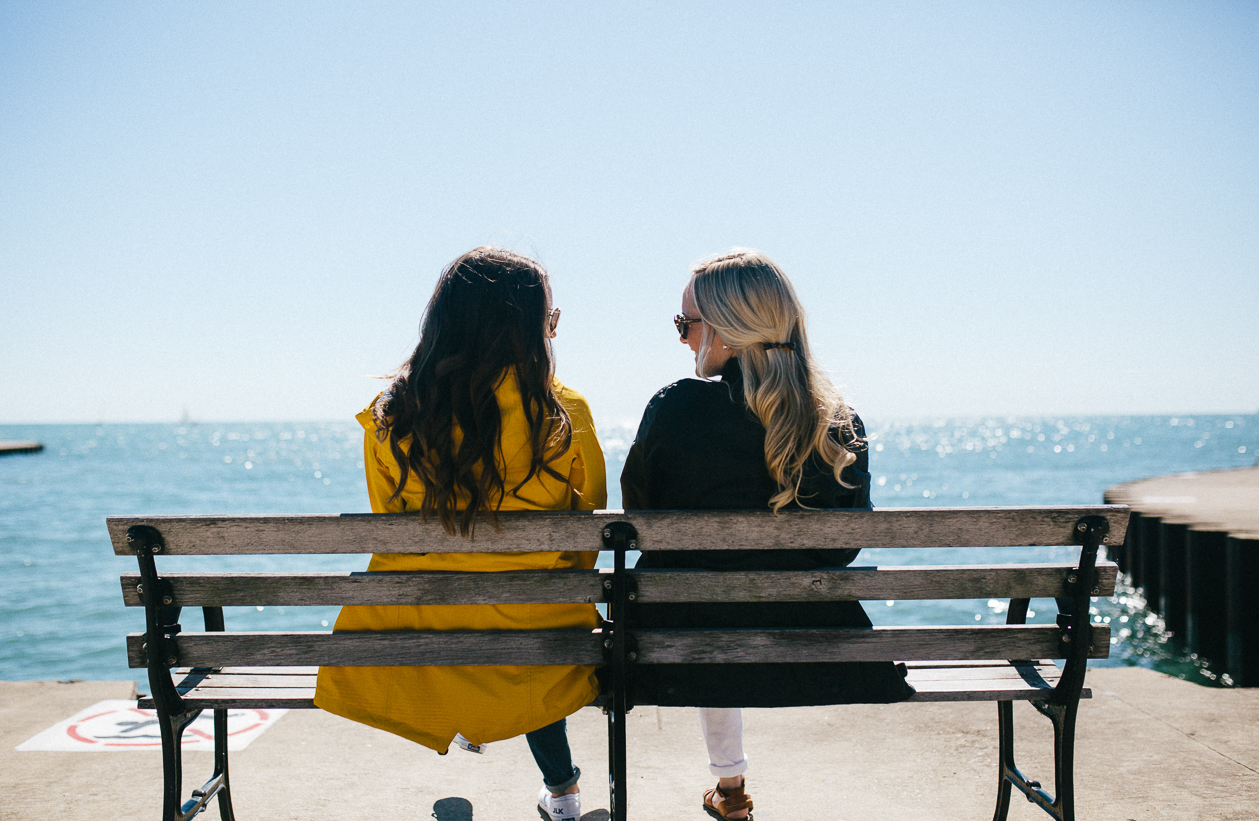 Yellow Barbour (It’s BACK! Like, the same exact one. This one is cheaper and so is this one. And here’s the striped version from yesterday’s post!) / Classic Beadnell (Also LOVE the polarquilt one, also back in stock, as it’s a little more flattering and super warm.)

Here’s the thing: I see myself as an organized person, but in reality, organization does not come naturally to me. I need to work at it. In the past, it was never that big of a deal. This year, though, staying organized has made a world of a difference in terms of time and happiness, and I’ve seen how much it can affect my little family.

While we were in California (more on our trip soon!), Mitch and I were talking about how much of a positive impact the One-Month Challenge made, and we started brainstorming ways to take things a step further and make blogging even easier and more enjoyable for me. (Great hubby.)

Our #1 fix? Embracing the series. I absolutely love running this site, but I’ll admit that more often than not, I end up sitting at my computer late-night wondering how in the world I’m going to throw something together for the following morning. (Truth, but sheesh.) Recently, though, blogging has become SO much easier because I have a few regular posts that go up on a weekly basis. I look forward to those three days because they’re more structured. They’ve made blogging less panicky, they’ve taken a lot of the guesswork out of the picture, and they’ve made me remember why I started this site.

SO… we’re rolling out a few new series! While all of ’em won’t necessarily run every single week, the hope is that they make running–and reading–this blog a little nicer. :) The first one up is “Personal Essays.” (Which is pretty empty right now, as this is the first one, or at least the first one I’ve categorized as such.) I have a few ideas lined up for future Personal Essays, but let me know if you’d like to see anything specific. Honestly, just tell me what to write about, guys! ;)

Before this intro turns into a post of its own, let’s get to today’s subject: 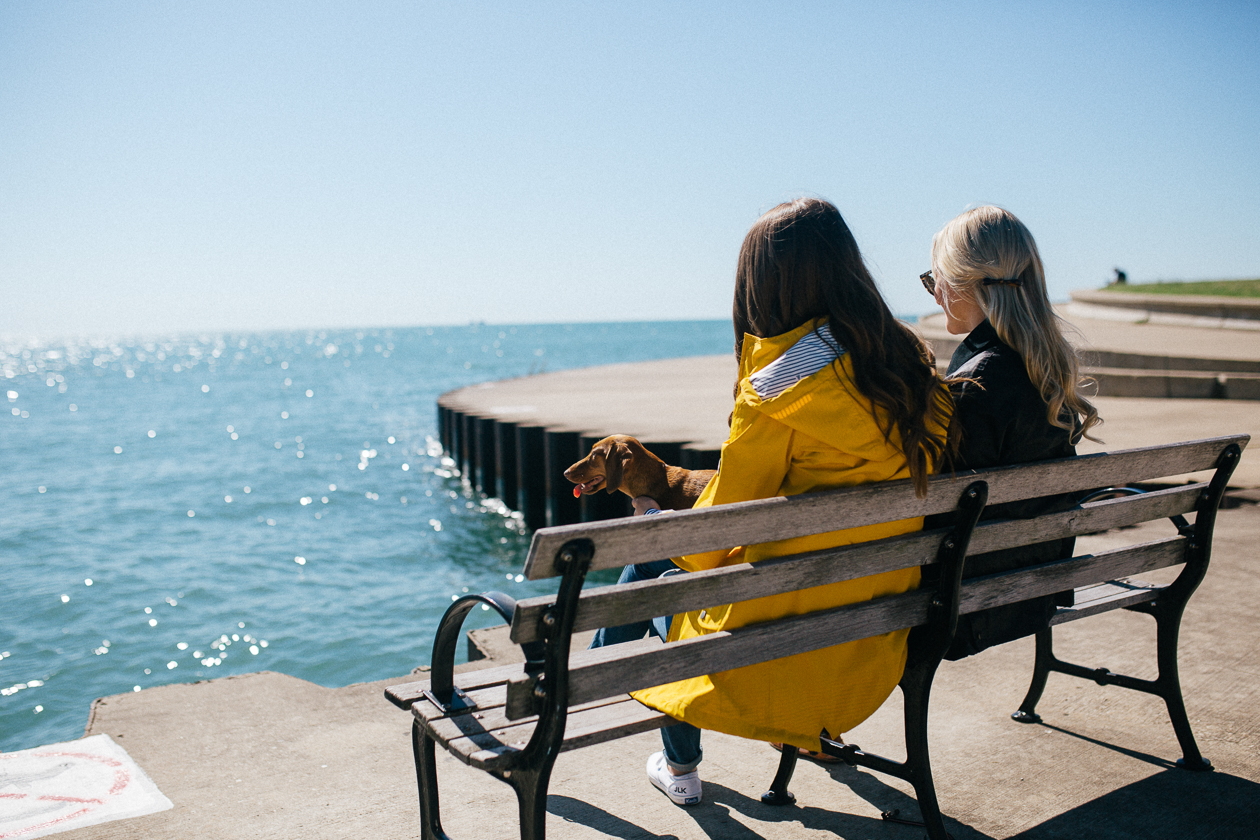 Don’t worry. This isn’t a subtle way of telling you guys that Jess and I are no longer friends, haha. Still goin’ strong, and still doing creepy photoshoots together. ;)

For a couple of years now, I’ve contemplated broaching the subject on the blog: friendships that have meant the world, but for one reason or another, have fizzled out. It’s a touchy thing to talk about, and a topic that can bring up a lot of emotions. Haven’t we all been there, though? Don’t we all have that one friendship that died off and we’re still–no matter how long ago things fell apart–sad about it?

(Or maybe you don’t have that one friendship. In which case, I’m jealous, and you’re a far better person than I am.)

A few years ago, before I started this blog, one of my very best friends and I had a falling out. I won’t get into the nitty gritty of it all, but it wasn’t over one particular event; it was the culmination of a lot of things, and all of a sudden, nearly 15 years of friendship were forgotten.

At the start of it, talking it out wasn’t really working, and I decided to step away from the situation for a while because, frankly, I couldn’t fathom the idea of crying every day for very much longer. It goes without saying that I thought about my friend and the “fight” constantly, despite the distance. But then the days, weeks and months passed, and a sense of normalcy returned. Life continued on, sans Best Friend.

Maybe six months into our break, we both realized that our friendship was worth saving, and we decided to patch things up. Apologies were made by both parties; forgiveness and understanding were issued. We even went so far as to catch up on the goings on in our lives since we’d parted ways. Yet somehow, we’d grown comfortable with each other’s absence, and staying in touch was no longer as easy as it had once been. The hundreds of texts we used to send back and forth daily were now only a couple per week, and the phone calls were few and far between. We were also living a solid 10 hours apart, so seeing each other in person wasn’t exactly something that happened often.

And then, after we tried to get back to the “old us” for a long time, everything fizzled away. Naturally, almost.

I’ve analyzed what happened more times than I could ever count, and I’ve thought about how many mistakes I made ad nauseam. I should have been less stubborn; I should have made more of an effort; I should have pushed through the awkwardness; I should have worked harder to save an invaluable friendship–to keep a person as close as family in my life.

But I didn’t do any of that stuff. And here we are, almost four years later, and that person is completely absent from my world. She’s in my memories and in my photos–some of which remain framed, as I can’t bring myself to switch them out. I’m actually fairly confident that there are zero hard feelings between the two of us. (Those apologies were sincere!) But the last time we talked? I couldn’t tell you.

Like I mentioned, nearly four years have passed since that falling out. I’m lucky and grateful to have several other amazing girlfriends in my life–some old and some new–but I’m still sad about what happened, and I often think about what I lost. Sometimes I wonder whether the ending of friendships is simply part of life. Is it just something I need to be okay with? Do I just need to understand that people change? That they drift? That at some point, they can stop bringing joy to each other’s lives? Clearly, I’m no longer the same person I was when I was eight years old. Then why, I wonder, does my best friend from childhood remain one of my very best friends? Is it just chance that we didn’t drift as we grew and changed? Or did we really just knock it out of the park when we first decided to become friends? Or is it because of added effort we put in? Or is it fate? Or is it a combination of all of the above? Why do some friendships survive the test of time and others don’t?

I don’t have a positive, wrapped-up-in-a-pretty-bow way to end this post. But I suppose what I’m trying to convey is that these days, I’m so aware of the fragility of friendships and relationships. No, they shouldn’t feel like a burden, and they shouldn’t crumble easily. And sure, the occasional friendship can be truly toxic and worth ending. But those are rare. As a whole, I’ve learned that a little extra care and thought simply needs to be put into the friendships I have from chapters of my life that I’ve left.

Childhood ends. Elementary, middle and high school end, too. College students eventually graduate. Friends move; lives take unexpected twists and turns. People get married and have kids and get promoted and time is of the utmost demand. No longer can I simply run over to my childhood best friend’s house for a sleepover, for example, or make last-minute plans to meet my middle school bestie for ice cream in Princeton. (She now lives in Thailand, so that makes getting ice cream EXTRA hard.) And I have to admit: while my friendships in Chicago come with more convenience (for lack of a better word), finding the time to get together can still be incredibly challenging. Everyone’s getting married, settling down, having kids, and busy with obligations and family stuff. Busy, busy, busy. And Mitch, Emma and I are prime offenders.

I wrote about this last week, but I’ve recently been setting aside a few minutes every day to keep in touch with friends and family. Over my eight months of motherhood, I often found myself not doing this because I knew I didn’t have the time for hour-long conversations. But I’ve learned that not every conversation needs to be an hour long. Sometimes it’s just sending a photo or a text to let my friend know that I’m missing her. (Or him. Hi, John!) Yes, a girls’ weekend in Charleston will always be better. ;) But when that’s not possible, that sweet little message will be something. And I have to tell you: not a single friend has been mad when I’ve suddenly disappeared to take care of Baby. Because friends understand. They can relate. We’re all juggling a lot.

So today, perhaps send that message to a friend you haven’t spoken with in a while. Or make plans to grab that coffee or glass of wine. Send a photo, or heck, send a voice message. (They’re hilarious. Have you ever done that? So funny.) And if you’re currently in the middle of a tiff or a feud or a weird silent thing with a friend, learn from my mistakes. Take the initiative, move past the awkwardness, and repair. :)

Have you ever had a similar experience? What did you learn from it? 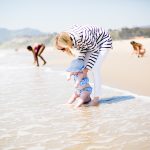