“In the Age of Fear” 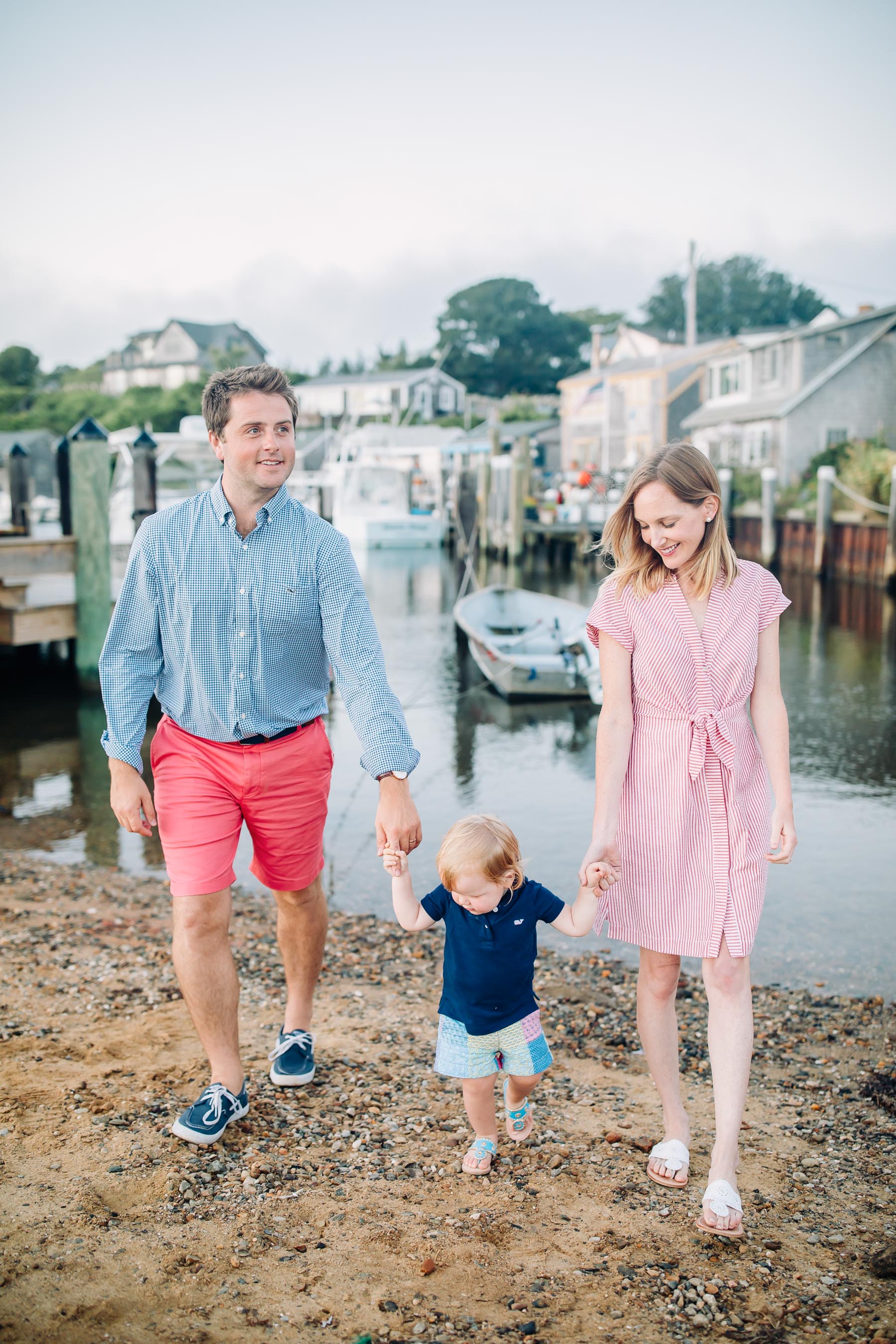 By now, I’d expect that a good number of you have read Kim Brooks’ essay “Motherhood in the Age of Fear,” which first appeared in the New York Times in late July. While it was Mitch who originally sent it my way, it circulated quickly around the few mom circles I “belong” to, and it continues to pop up in conversations. With friends and family members who aren’t mothers, too.

If you haven’t read it, do so. But it begins with Brooks telling the story of how instead of dealing with yet another temper tantrum, she left her son—four years old at the time—in the car for five minutes while she ran an errand. It was a cool, 60-degree March day in Virginia, but she cracked the windows, enabled the child safety locks, and set the alarm… and when she returned, he was still sitting there, happy and unharmed.

Despite the fact that allowing a child to wait in the car isn’t illegal in the state of Virginia, a warrant was issued for Brooks’ arrest. The charge? “Contributing to the delinquency of a minor.” A stranger in the parking lot had watched Brooks walk into the store, recorded her son in the car, written down her license plate number, and then called 911.

I think it’s somewhat natural to pause here while reading and question whether you would ever leave your child unattended in the car. And I’ll admit that I did the same. But if you continue on with the piece, listen to the other mothers’ stories, and internalize the fact that this stranger opted to turn Brooks in instead of running after her, it’s clear that this one anecdote isn’t the point of the article.

I’ll say right now that as a mother, I feel guilty on a regular basis. Yes, a lot of that guilt is self-imposed. Am I challenging her enough? Am I feeding her the right foods? Am I providing enough structure without coddling her? Am I awful to need—and want—breaks? Does she feel loved? Am I raising her to be strong, independent and confident? Is she happy? But when I think about it, a fair amount of guilt also comes from the outside, too.

And eerily similar to what the author experienced, I’ve heard another mother loudly ask Emma “Where is your mommy, sweetheart?” in the park sandbox while I sat roughly five feet away on the bench, watching my little girl, drinking my coffee, and savoring a couple of moments of calm. Sure, it’s possible she was just a city mom, fearful of city dangers, and perhaps I’m reading into things because I’m sensitive. But her tone made it feel otherwise.

And then there’s the blog. I’ve chosen to live a public life, and I completely understand that criticism–justifiable or not—comes with that. As I said in my recent post about the lessons I’ve learned from five years of blogging, I also accept that not everyone is going to like me. I can’t be a blogger if I crumble every time someone disapproves.

That said, the judgment I receive about parenting always hits the hardest. Some messages have come from well-meaning people who think they’re helping, not realizing that I haven’t actually asked for their advice or that I have put great thought into my choices. But others seem to come from darker places, and the messages feel unwarranted and even cruel.

I remember the first time I was truly hurt: it was when I showed myself bottle-feeding Emma on Instagram Stories. Never mind the fact that a viewer couldn’t possibly have determined what was actually in the bottle. Ironically enough, it was pumped breastmilk. But I received a few brash and seemingly ill-intentioned messages that either suggested or flat-out told me that I was being selfish, and it was disheartening. I was, in fact, planning to stop breastfeeding around four months for an array of reasons, and the decision was already weighing on me. All of this only messed with my head further. Was I being selfish? Was our pediatrician wrong? Should I just continue for the sake of keeping up appearances and the desire for approval?

(I should note here that the majority of messages I receive are amazingly kind. I honestly can’t get over how awesome people are. They build me up as a mother, and they remind me to find the humor in the trying times. They tell me I’m not alone. “I’ve been there, too” is something I hear on the reg. And interestingly enough, the majority of the parenting criticism I’ve received has come in the form of private messages. They aren’t normally left publicly on the blog, Facebook, Instagram or Twitter; they’re sent from behind a cloak of anonymity of sorts. So that has restored my faith in humanity. 😉)

Anyway, after the bottle-feeding incident, I found myself writing little disclaimers in my posts. I’d routinely try to anticipate what people could find fault with, worried that I wouldn’t cover everything. Let’s say I showed Emma in her stroller at high noon. I’d attach a note in italics: “Don’t worry! She’s wearing a ton of sunblock!” Or if I showed her eating sweets, I’d try to “explain” and say something like, “This is just a little treat! Eating fruits and veggies is so important!”

And then some lovely woman sent along a message that changed everything for me:

“It’s sad that you need to preface your posts with these disclaimers. I hope you know that you’re a good mom.”

I honestly can’t remember who sent it. If you’re her, and you’re reading this, thank you. Because it made me pause. I know what’s best for my child and family. An onlooker doesn’t.

I refuse to feel ashamed about the decisions I make.

If I were to end this post right here, I think I’d come across as a victim. A saint, almost. But here’s the thing: when I really think about it, I’ve questioned other moms’ decisions, too. Perhaps I haven’t vocalized it, but I can distinctly recall instances when I’ve done the questioning, like that time I thought an acquaintance was kind of crazy for making her own baby food. In reality, I knew nothing about her baby or her family, and come to think about it, who cares whether she had a reason for doing it? What if she simply enjoyed it? That’s great! Who was I to decide what was important and unimportant for someone else?!

Sham on, Baby Food Maker. Honestly, I wish I had the desire and energy to do stuff like that. Which makes me wonder whether deep down, I’m just jealous.

And I think the answer is yes.

Which leads me to this: Does most judgment stem from insecurity? Are we all so worried that we’re not being the best parents we can be that we put down others’ (different) choices to justify our own, unaware of the fact that one size doesn’t fit all? And why, as Brooks argues, do we seem to justify harassment and call it something other than it is?

I’m on the fence about the term “Mom Shaming.” To some degree, I think it trivializes the concept, and I’m a little annoyed at how often I hear about it. It’s like, “Okay. Enough already. We get it.” At the same time, it does do a good job of describing the phenomenon we’re talking about here, and it’s a good thing that it’s being discussed.

While there are lots of handbooks claiming to hold all the parenting answers, there isn’t a single handbook out there that will help every child, every parent, and every family. This reminds us that we are imperfect beings; that even when we have the right intentions, we could be making the wrong decisions. And all of that is difficult to swallow. Because most of us simply want a little reassurance. But just because we deem something to be immoral doesn’t mean that it’s wrong or dangerous, and it’s not okay to inflict shame on others who feel or act differently.

I’m convinced that aside for standing up for ourselves more, a shift in thinking is what we need. We’re quick to praise the advances made in the portrayal of women in film, for instance, but we’re also quick to tear each other down and “enforce a social norm,” as a cognitive scientist at the University of California, Irvine says in Brooks’ piece. That’s unfortunate, and it needs to change.

There are so many other great points that Brooks’ essay makes. One of the key ideas that resonated with Mitch was that he’s frequently praised for things that are simply expected of his wife. When he drops Emma off at daycare, for example, he’s lauded as a fantastic dad. I’m not arguing that he isn’t a fantastic dad (he is!), but when I do the same, it’s just another day in the life. Or if he’s seen on his cell phone while spending time with his daughter, he’s just “being a dad,” whereas I’m “failing my child,” as Brooks says.

Yet another point is that struggling women don’t receive the support they need in order to achieve better lives for their children… and then there’s the idea that no mother is safe. We disapprove of working mothers who seem distracted, and we disapprove of affluent mothers who seem selfish. Really, though: who do we approve of? No one. Because no one can rise to the “impossible ideal of selfless motherhood.”

My biggest, most important personal takeaway was that as imperfect parents, we’re all living in “the age of fear.” We’re fearful of making the wrong decisions, but we’re even more fearful of being judged for said decisions. And most of us—myself included—are contributing to the problem.

And you know what? After having read the whole article, I can’t say for sure that I wouldn’t have allowed my kid to stay in the car. Emma isn’t four, I wasn’t in the same town (which was likely far safer than Chicago is), and I have no idea what kind of kiddie tantrums Brooks had battled that day. The “Terrible Twos” can be pretty terrible, so I can only imagine what four-year-old fits are like. ;)

You never really know what you’d do until you’re actually in someone else’s shoes. And aside from literally and disgustingly doing so, that’s impossible.

Pertaining to motherhood and parenthood or extending beyond it, what did you take away from the piece?