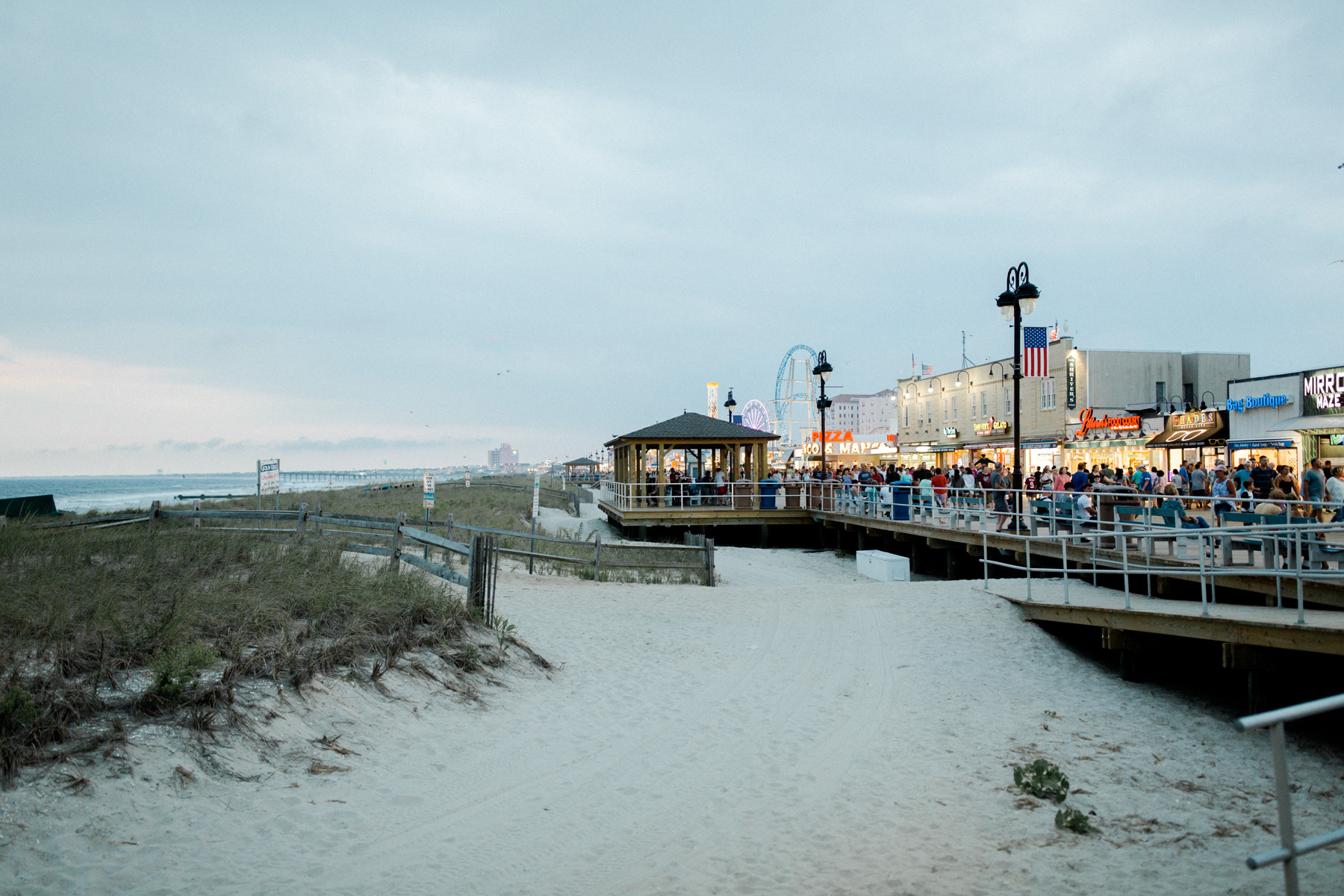 In case you didn’t notice–and I’m not sure that’s even possible with the deluge of Ocean City photography all over this site–the Larkin family spent the last two weeks of summer down the Jersey Shore, enjoying what can best be described as our collective “happy place.” We love it there.

Happy places are a helluva drug. The Jersey Shore lays dormant for nine months of the year, but during summer break, a ton of people from the tristate area pile up on the Garden State Parkway to get their happy place fix. Ocean City is the kind of town where people are perfectly content to wait in 30-minute ice cream lines. It’s is the kind of town where you might spontaneously high-five a stranger in an implicit, “Yeah dude! We’re in Ocean City right now!” kind of thing. I sat on the front porch for like four hours almost every day doing absolutely nothing. We were sunburnt, well-rested and sugar-stoned.

OCNJ was built atop what amounts to a big sand bar, with Jersey’s most creative historical public servants declaring that the city over there near the ocean shall be called… um…  Ocean City? Despite is unimaginative name, the place is a straight-up time machine, and one of the few places I’ve visited that successfully remedies my iPhone addition. I’d much rather lay around on the beach, fly kites, ride surreys and smile so much that my face hurts.

The absolute cherry on top of the OCNJ sundae is the 2.5-mile long ode to summer that is the Ocean City boardwalk. It’s filled with delightful family-friendly activities, from carnival roller coasters, miniature golf and laser tag to junk food, leisurely strolls, and people watching. The boardwalk bustles with the energy of a bunch of people whose only job is to have a great time.

We always laugh that any random ice cream stand or pizza shop is some family’s summer tradition, and that there’s some kid somewhere, daydreaming about the dumpiest-looking place on the boardwalk. But that’s what the Shore is all about!

It used to be called Mack & Manco’s, but it changed owners after Mack was apparently sent to prison for tax evasion. (This is the land of The Sopranos and Boardwalk Empire, after all.) In my opinion, Manco & Manco’s pizza isn’t even that good, but so far this week we’ve been three times. (Kelly really loves it, and if you’ve read about the Kelly Food Pyramid, you know I jump all over any food she loves.) But I have to admit: there’s something special about standing in line out on the boardwalk with a hoard of seagulls overhead waiting for a dropped slice while uniformed college kids dish out pies as fast as humanly possible. Manco & Manco’s also gives me a chance to practice my New York pizza fold, which is much harder to do to a Chicago deep dish slice.

This is my favorite spot on the boardwalk. Kelly’s family has a rule that we can only go to Browns if we ride our bikes there first thing in the morning, and we’re usually starving by the time we arrive. Kelly has been known to faint before we get seated. (It’s happened multiple times.) The real draw at Browns is the doughnuts, and along with the standard glazed or chocolate, my personal favorite the honey doughnut. Why aren’t honey doughnuts more of a thing? They’re delicious! (Note: Most people go for the cinnamon. That’s their specialty. I’m a rebel, though.) The boardwalk near Browns is narrow, and you feel like you’re sitting right on the beach. I just love it there. But the bike ride home after a full breakfast, gallon of coffee, and about a dozen doughnuts is rough.

This is Kelly’s favorite spot on the Shore. We go every day. Is anyone else out there obsessed with peanut butter ice cream? Kelly and I can’t get enough. I’ve even undertaken the boardwalk’s preeminent culinary challenge: The Kohr Ultimate Waffle Cone. This thing must weigh about 10 pounds. It went okay.

I could go on and on about our favorite places in OC. Johnson’s Popcorn, Shriver’s Fudge, Curly’s Fries, and Ocean City Coffee Company are just a few. Kelly and I even had our rehearsal dinner on the boardwalk, and we were married a few blocks away at St. Augustine Church. While it isn’t glamorous, this is our happy place.

We’d love to hear about your favorite summer happy places and activities in the comments below! 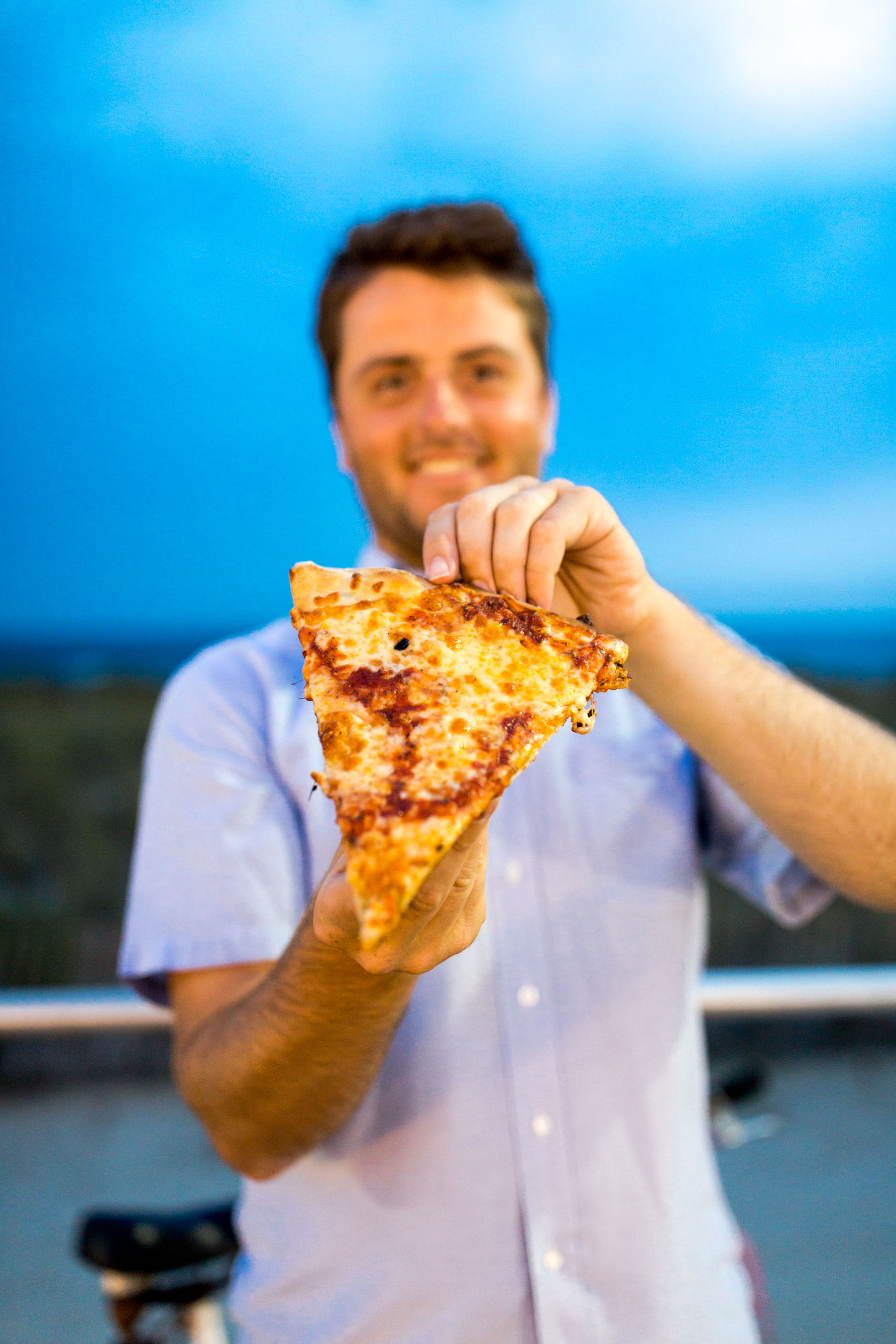 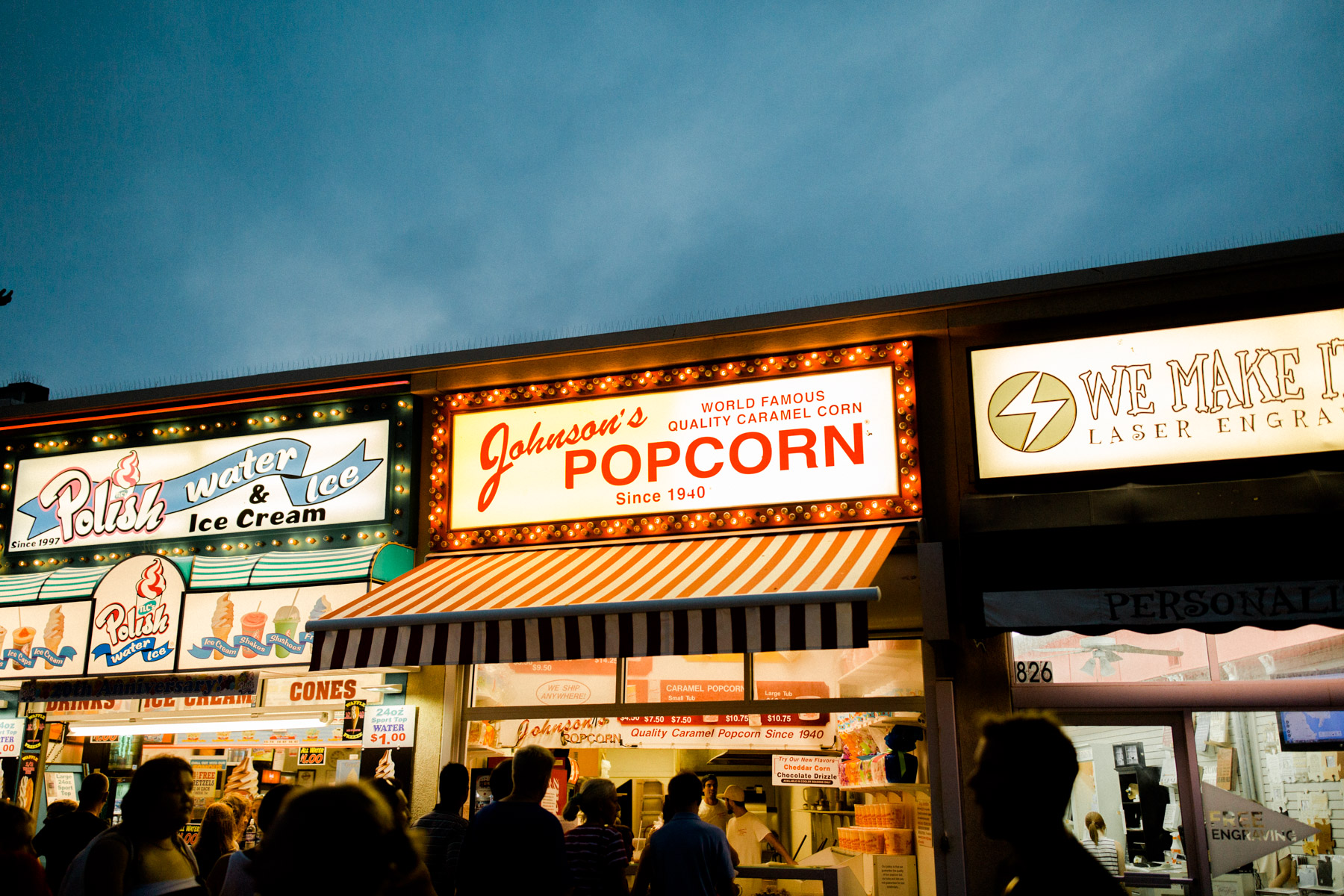 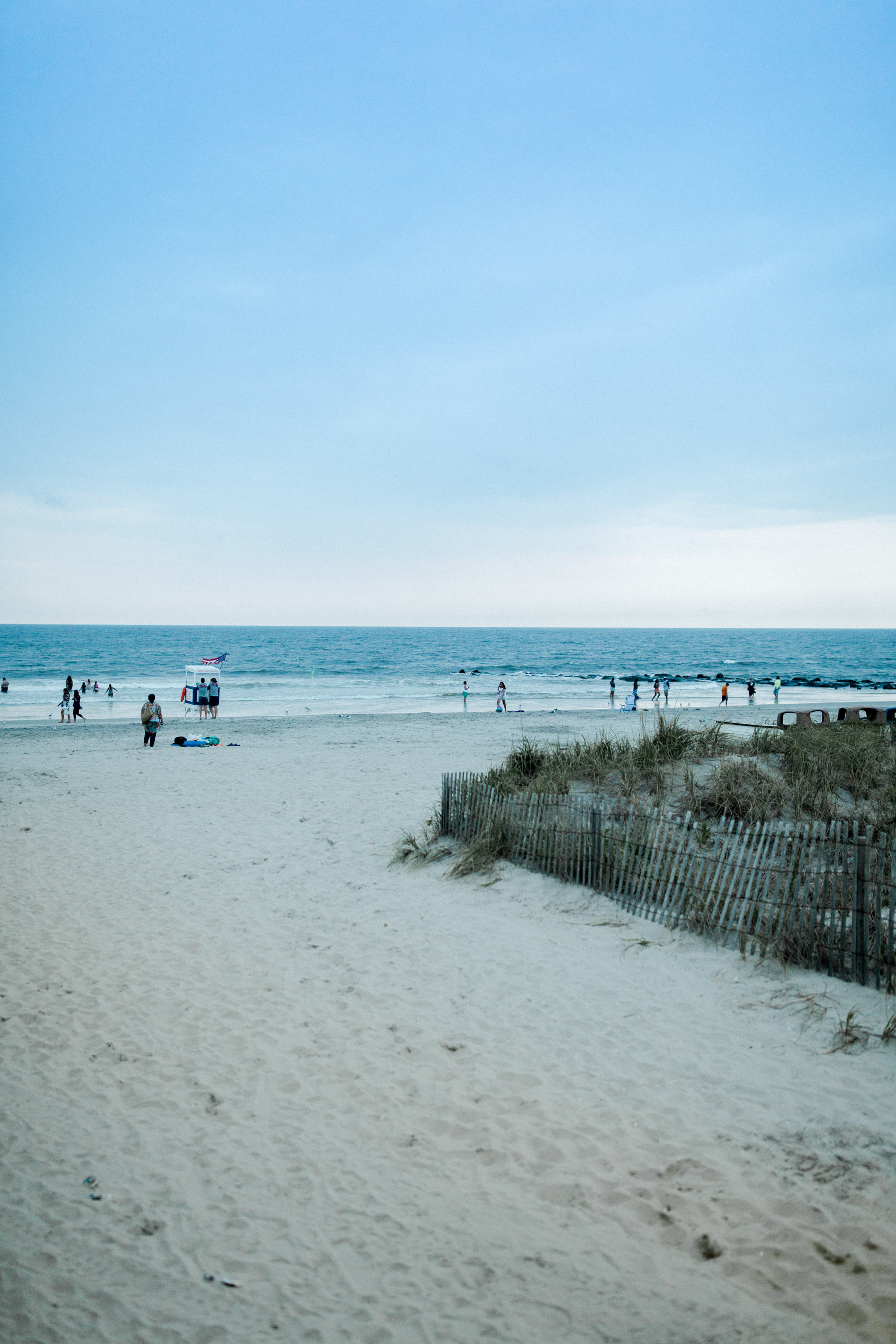 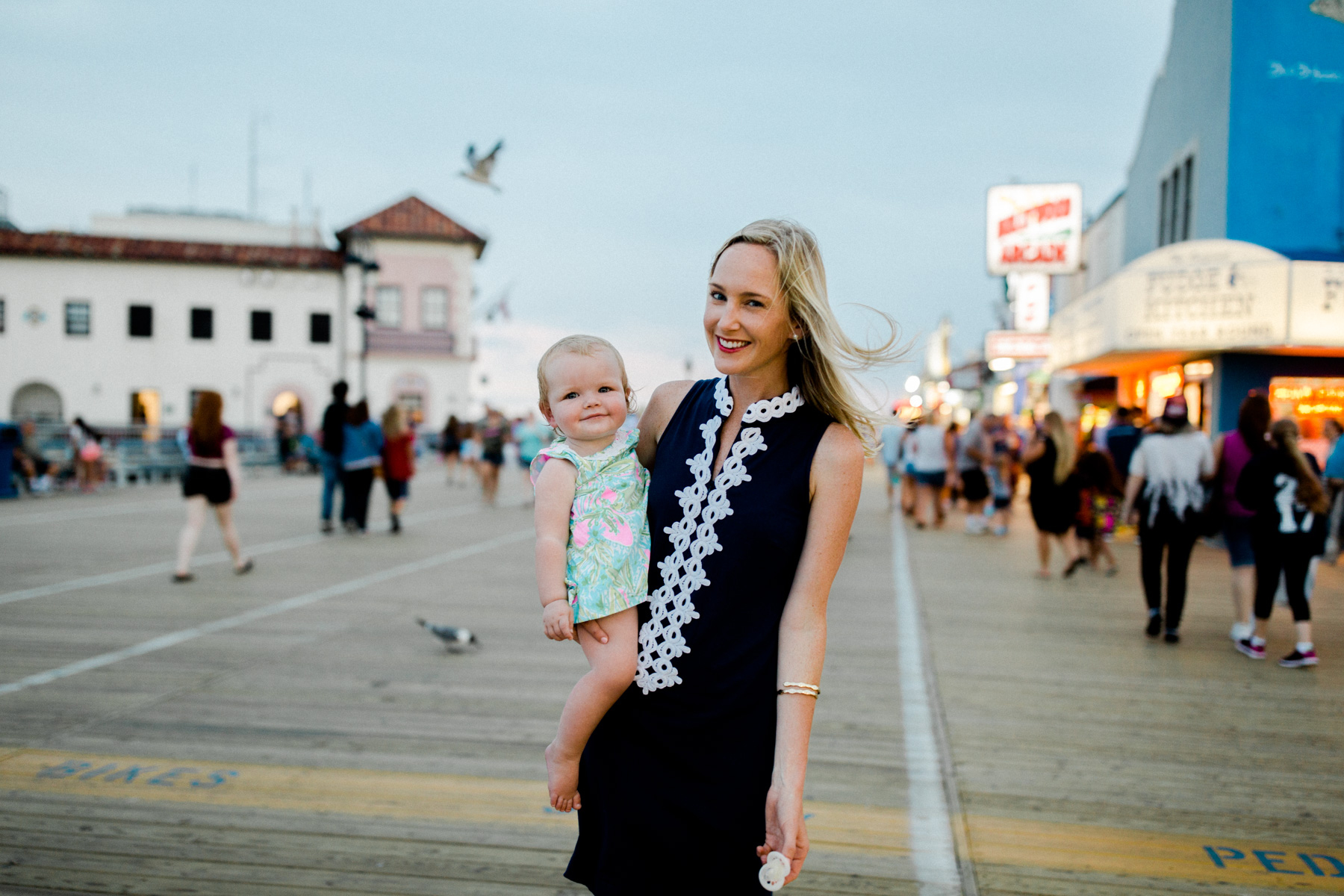 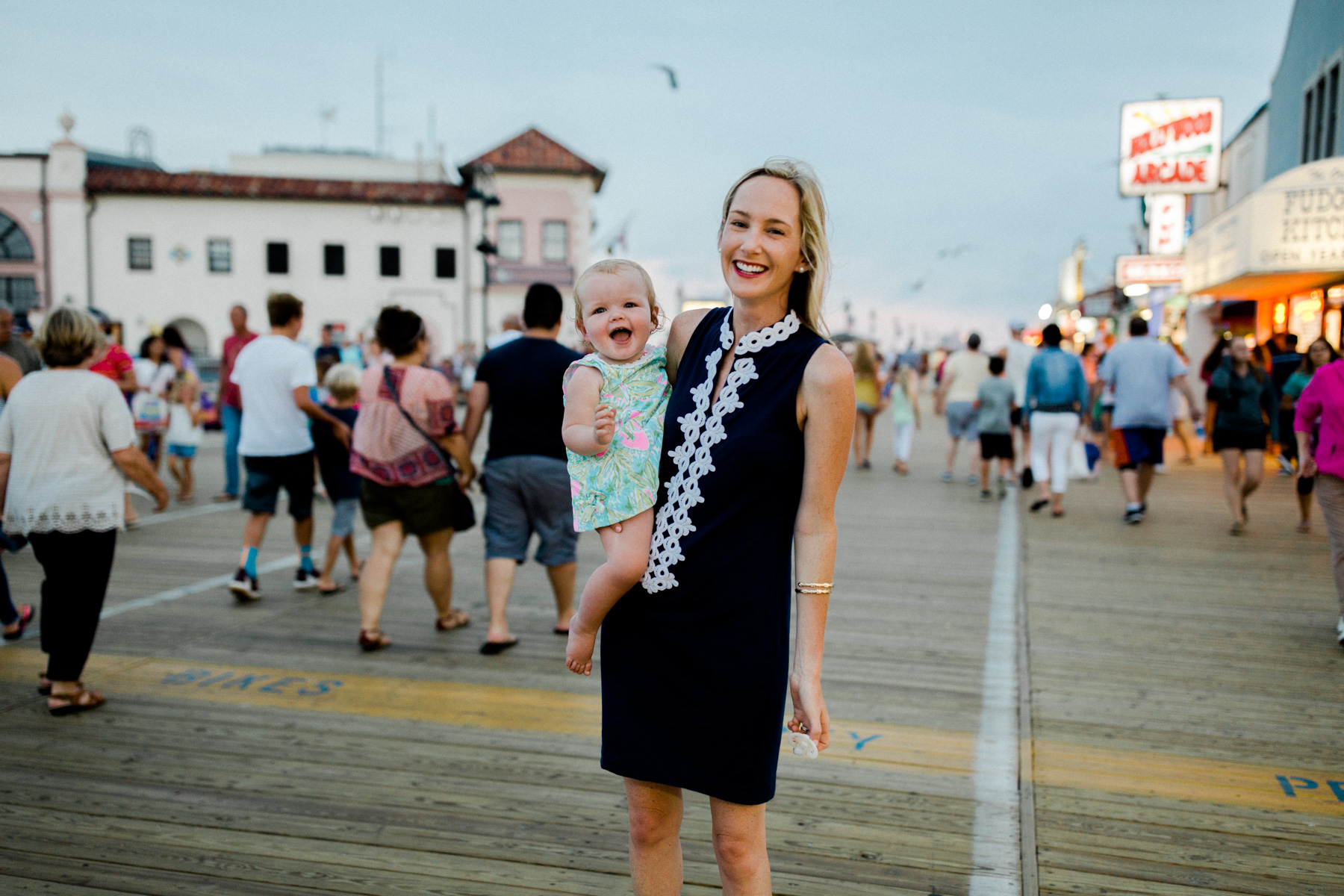 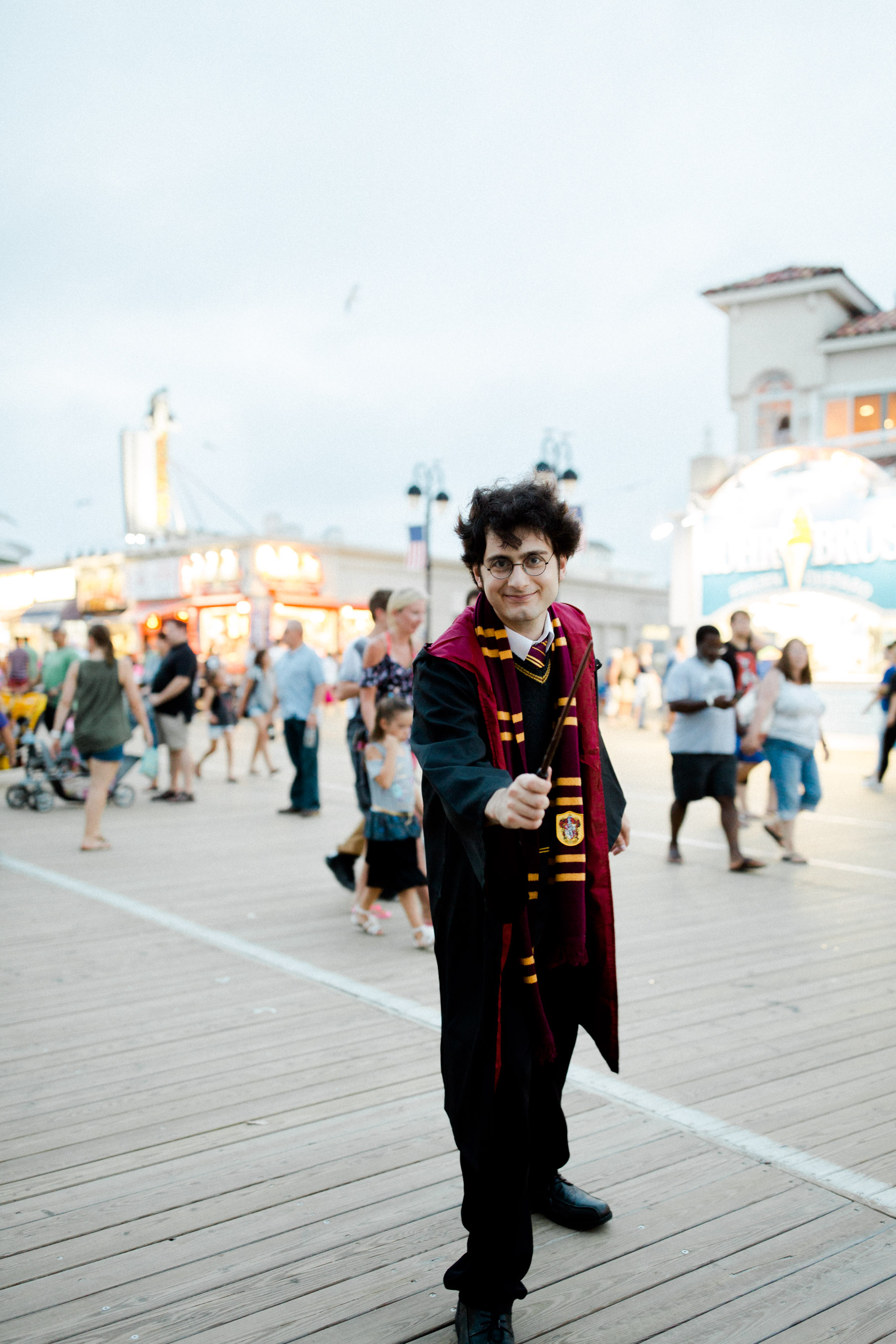 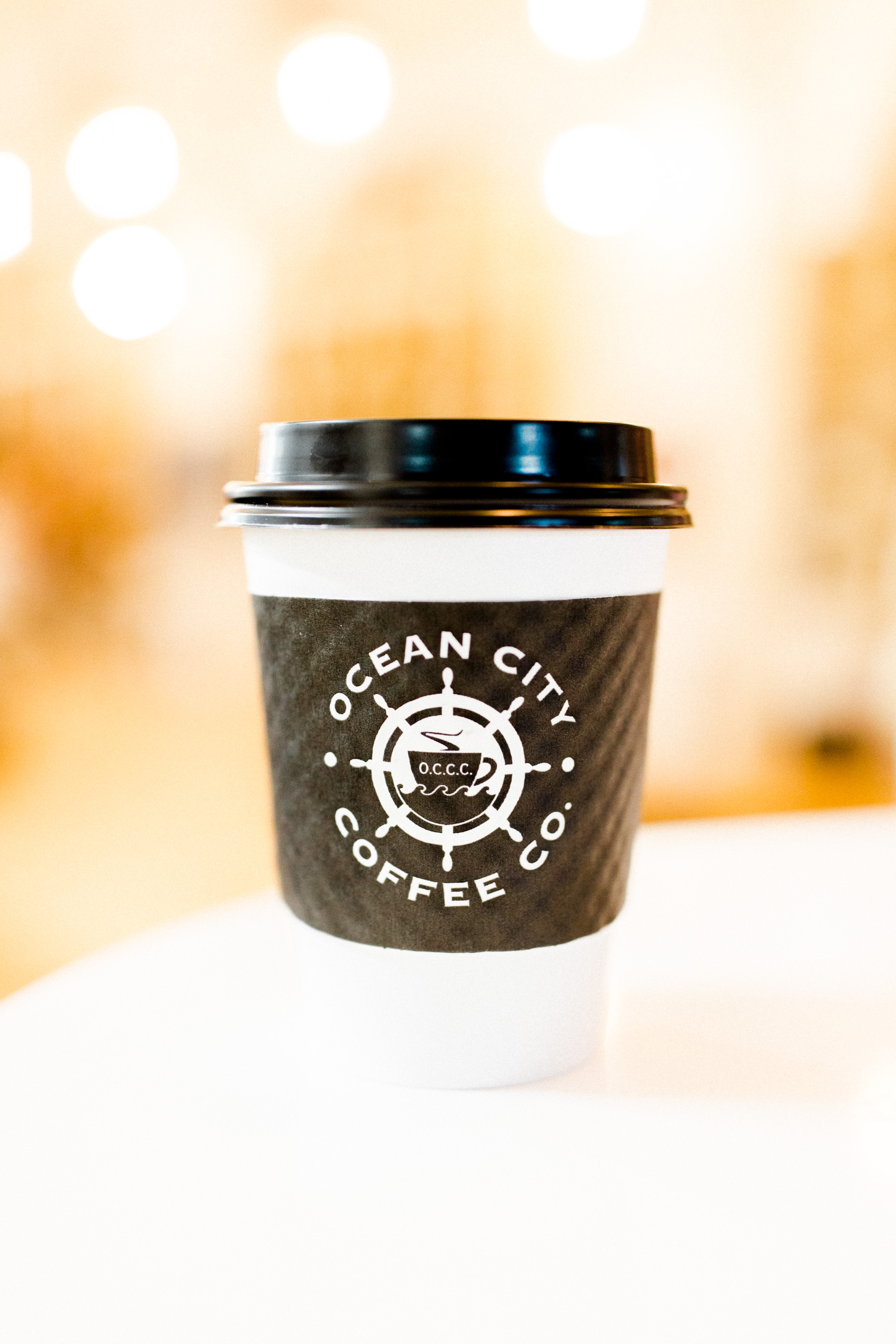 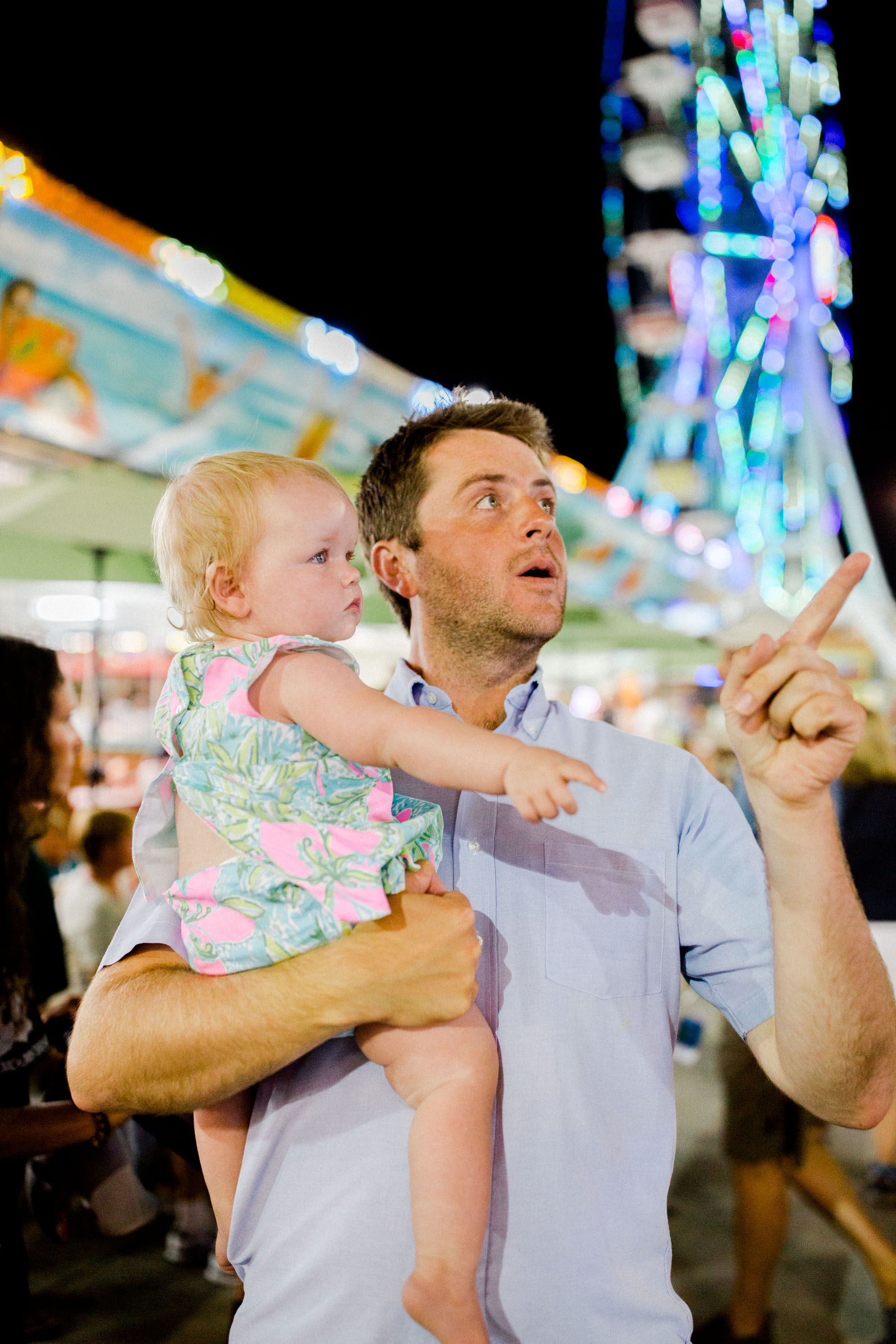 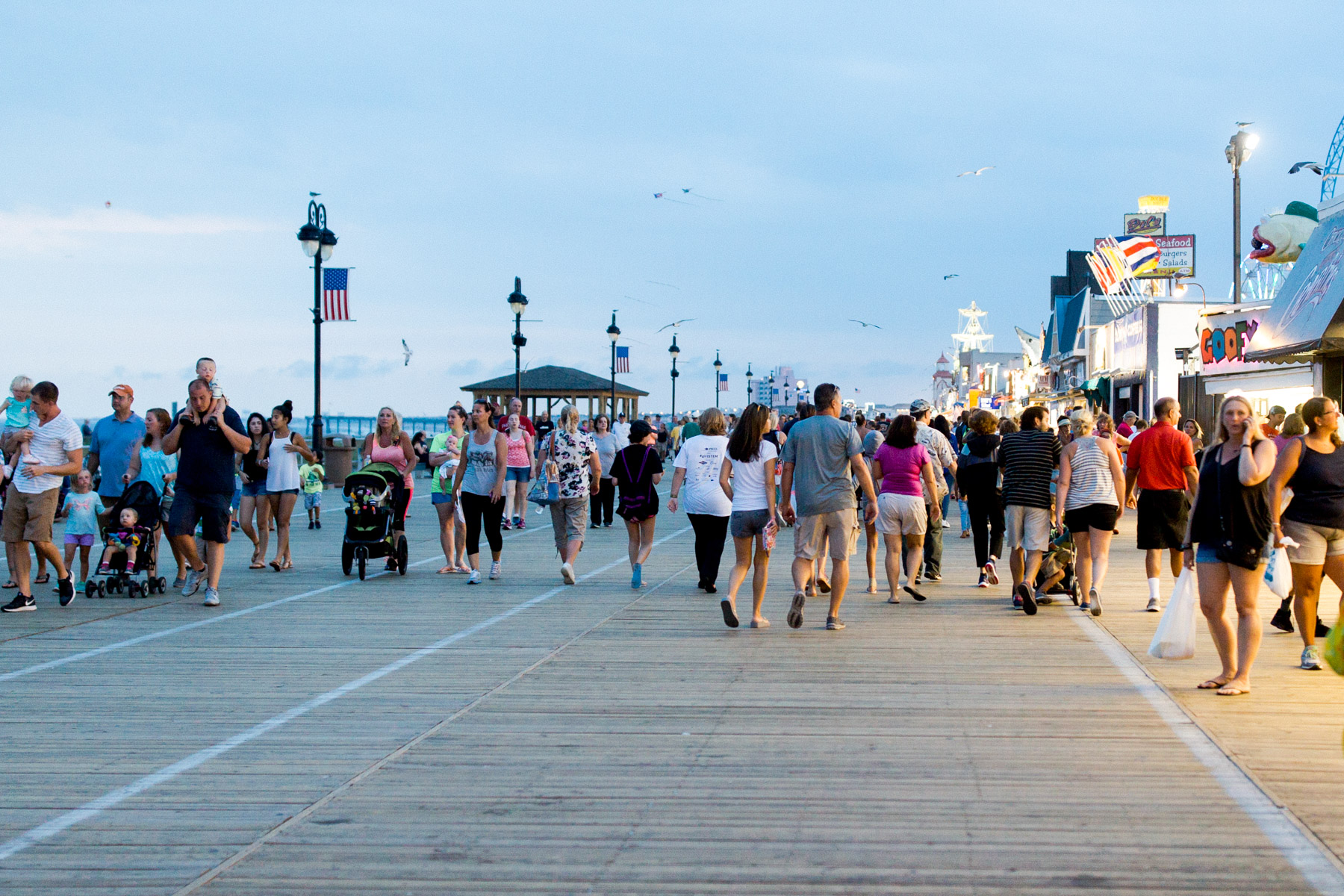 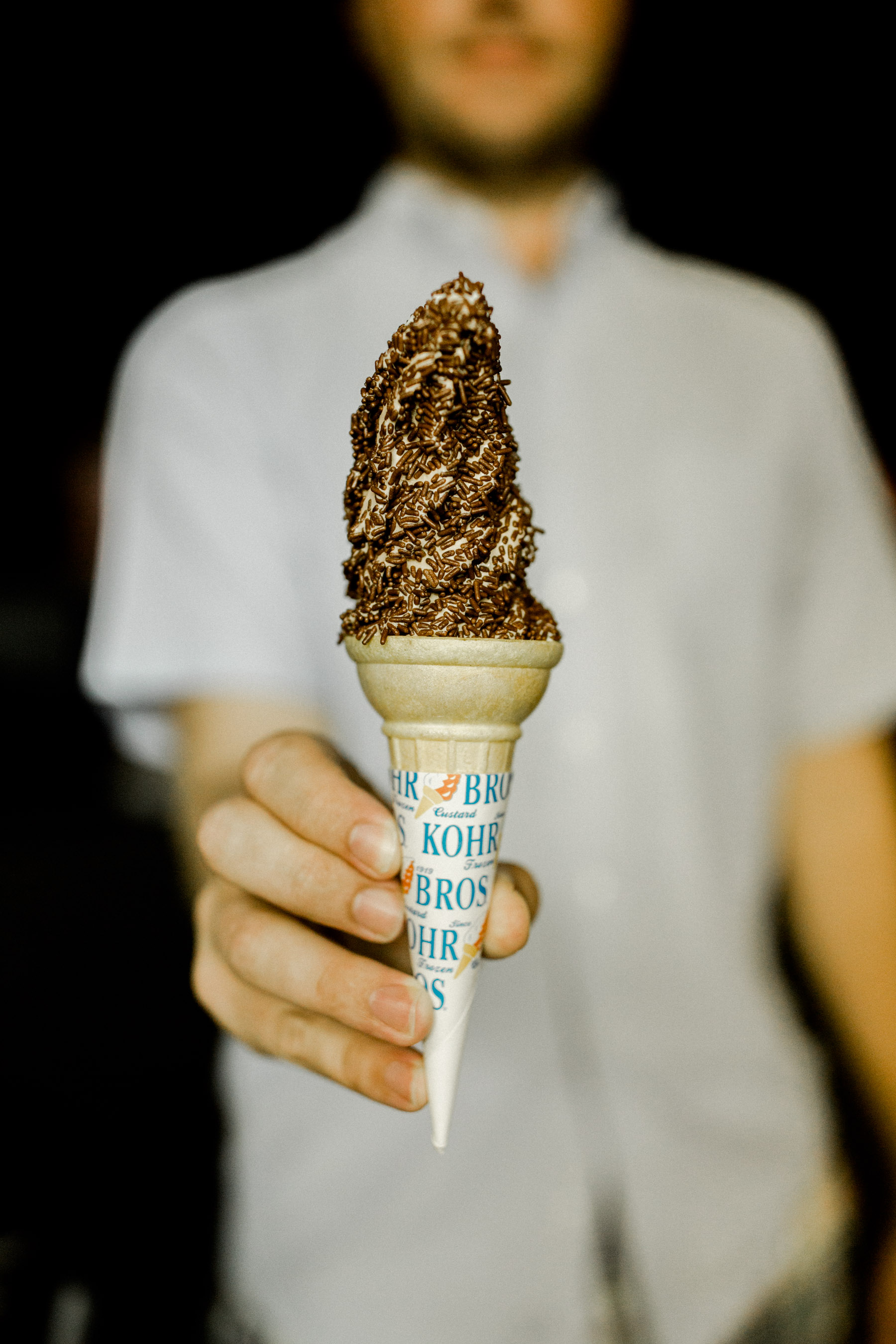 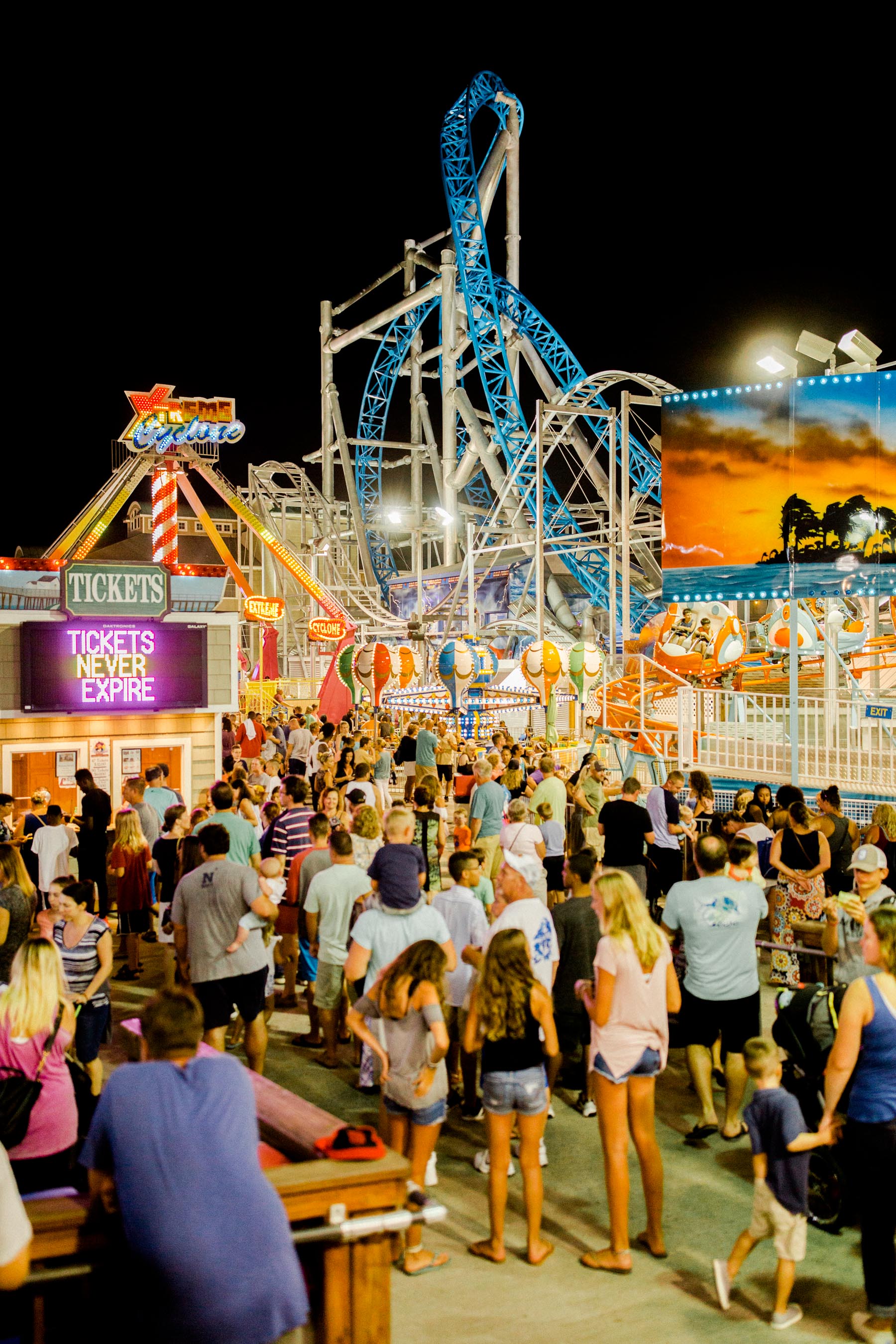 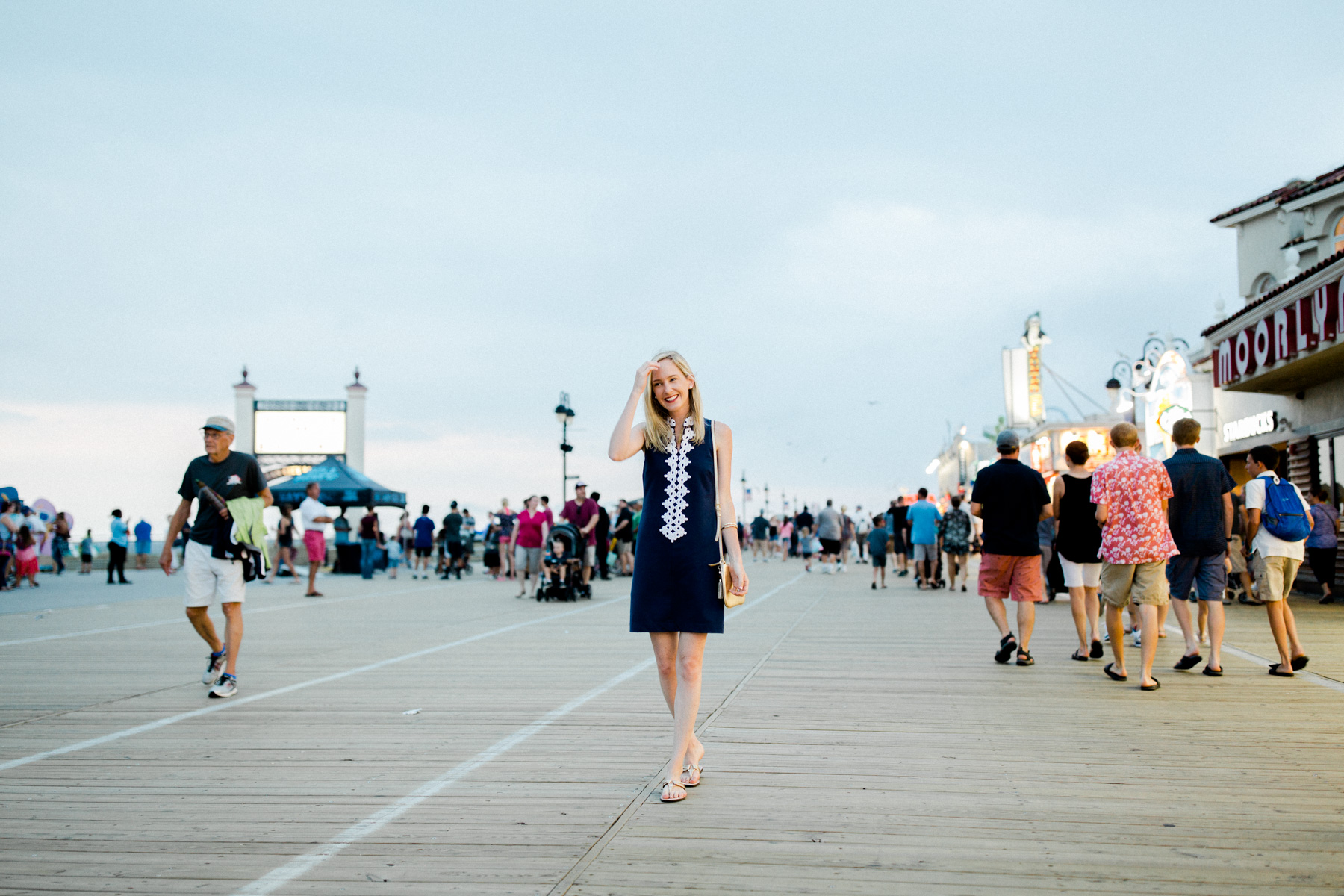 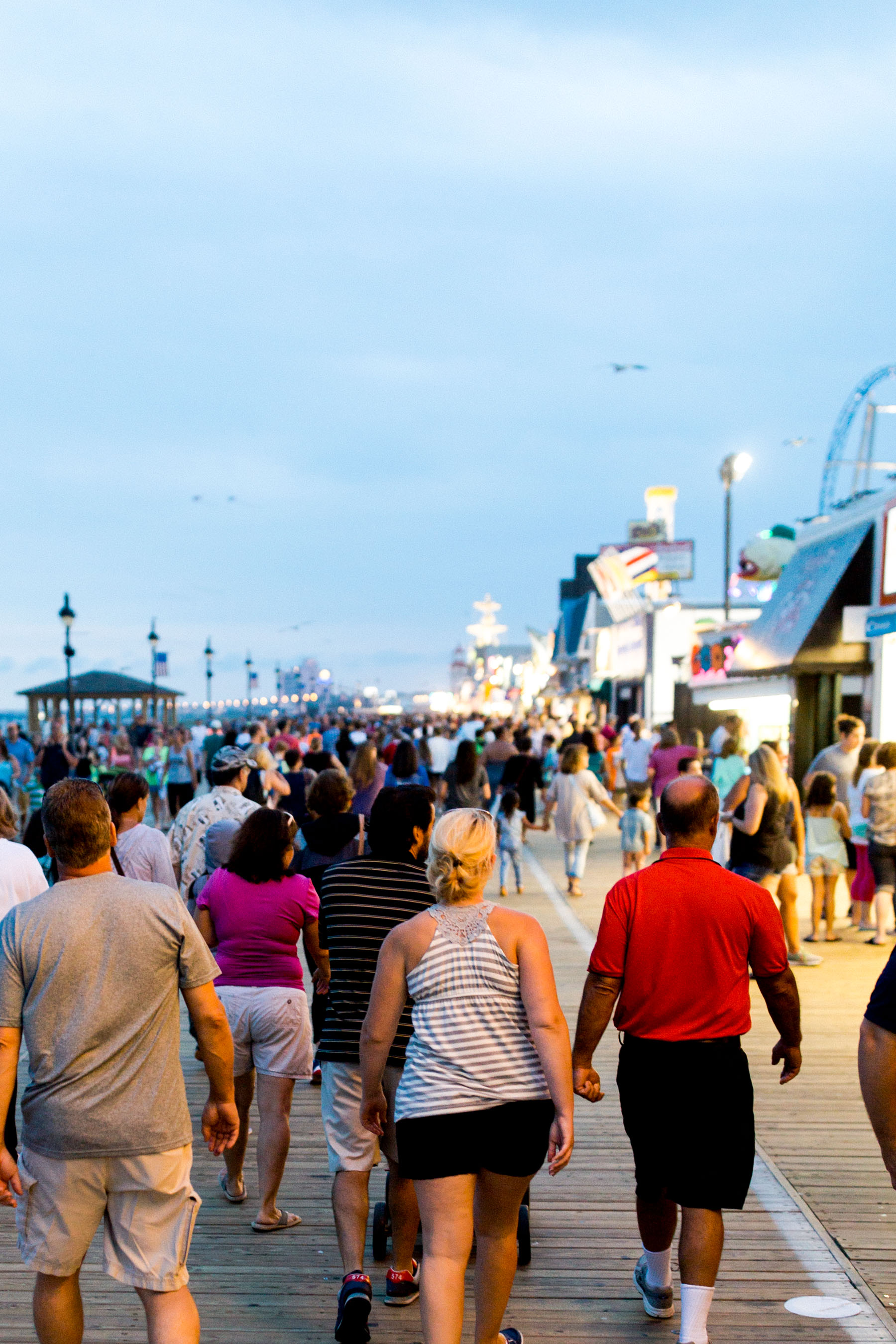 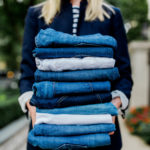