How to Take Family Photos (And Be in Them!)

As the Kelly in the City Resident Nerd, I’m typically tasked all tech-related questions. To be honest, I usually fail–or even make things worse–when I get down to problem solving, but I never go down without a fight. A few weeks ago, though, I figured out something techy that’s really cool! And while I think it’ll be helpful for bloggers, I also think it’s great for normal people, too. ;)

We take a lot of pictures. Like, it’s ridiculous. But it’s always been this way; even before the blog came along.

We take pictures of each other, of our house, of our dog, of our kid, of our trips, of our daily lives–anything and everything, really. It’s something we enjoy, and it just so happens to lend itself well to our business. But until recently, we had no good way to take good family pictures with our phones. There’s the standard selfie, of course… but someone always looks out of proportion. And then there’s the delayed shutter button, but that’s not great, either… since one person has to run back and forth and ends up looking frazzled. There had to be a better way! 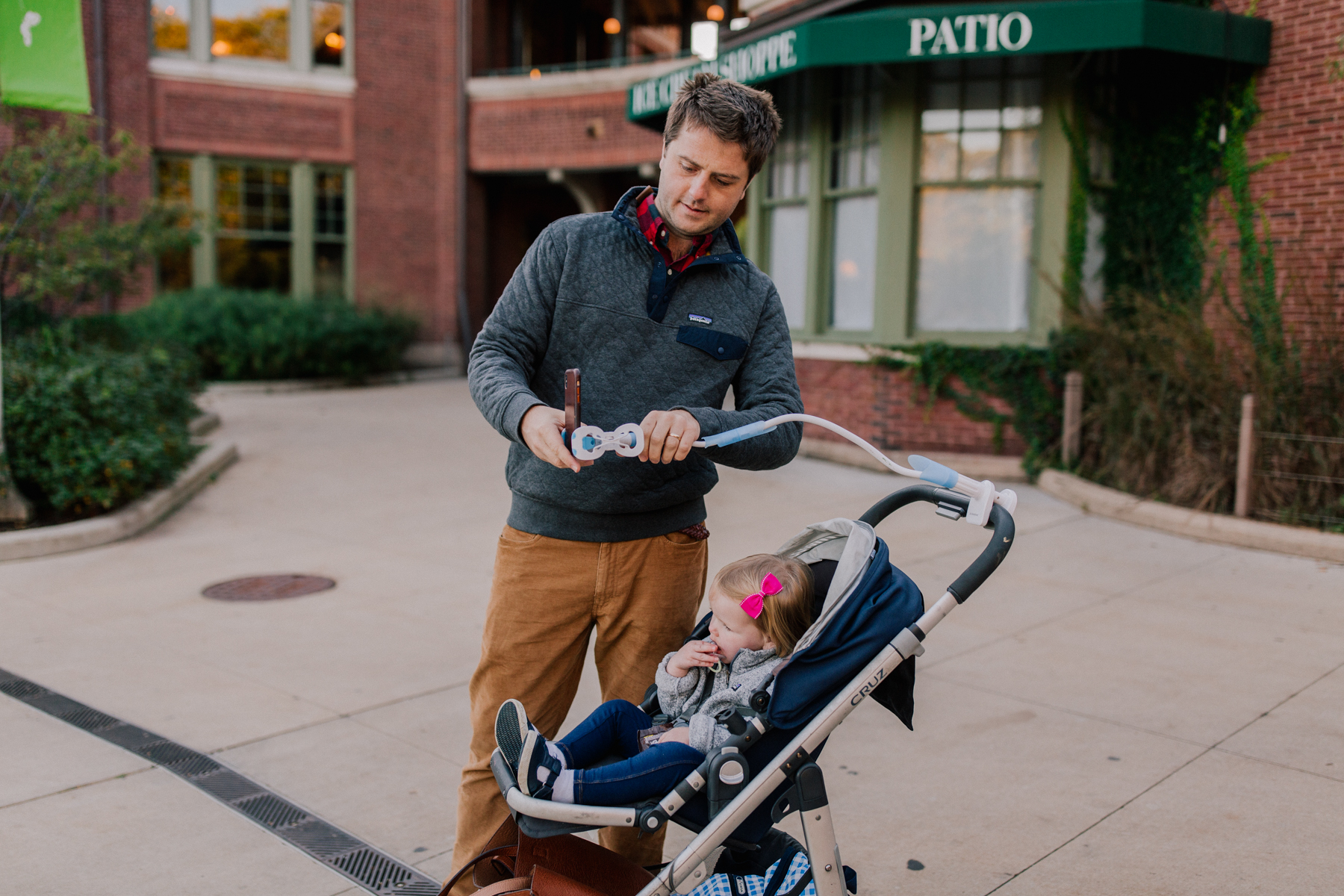 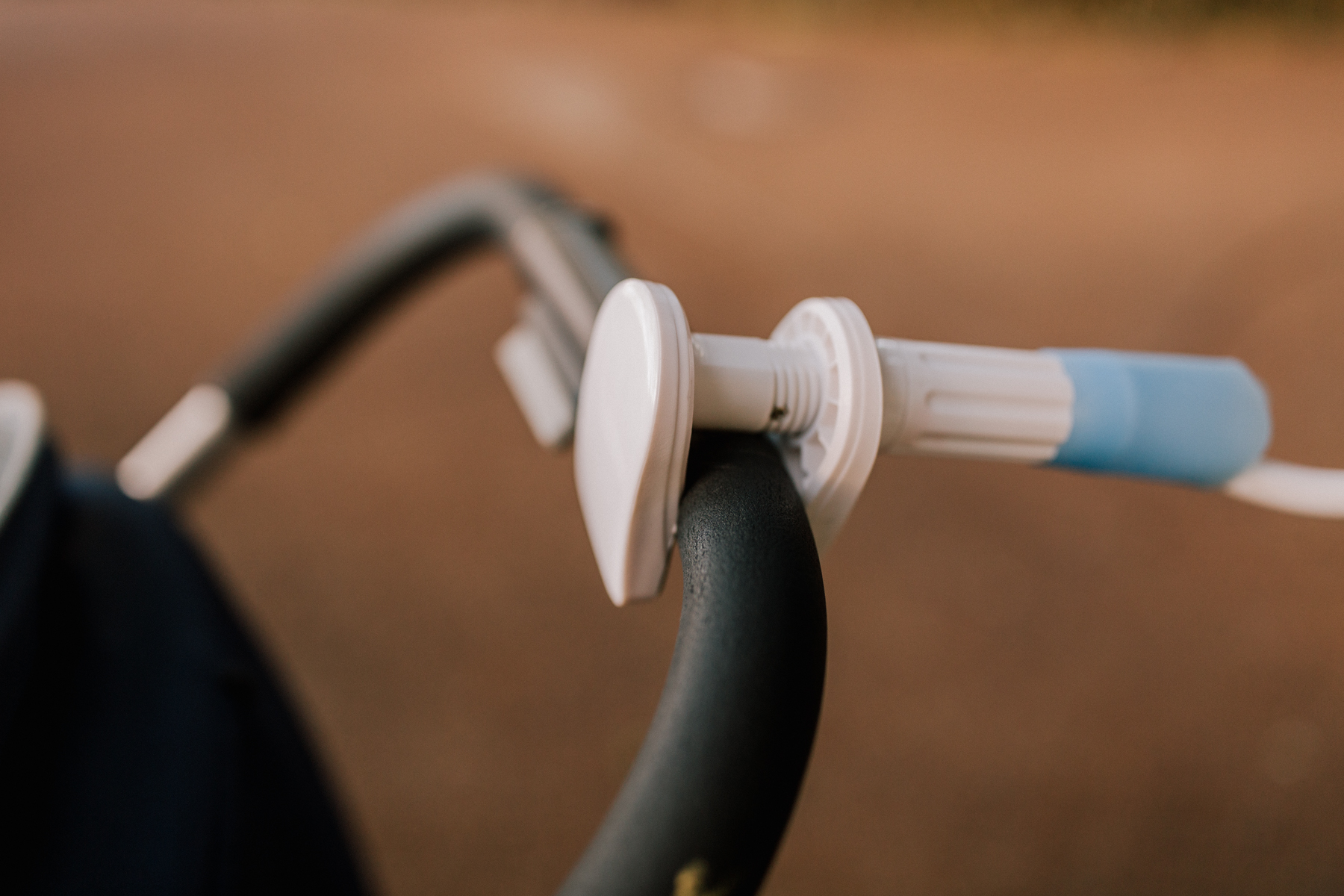 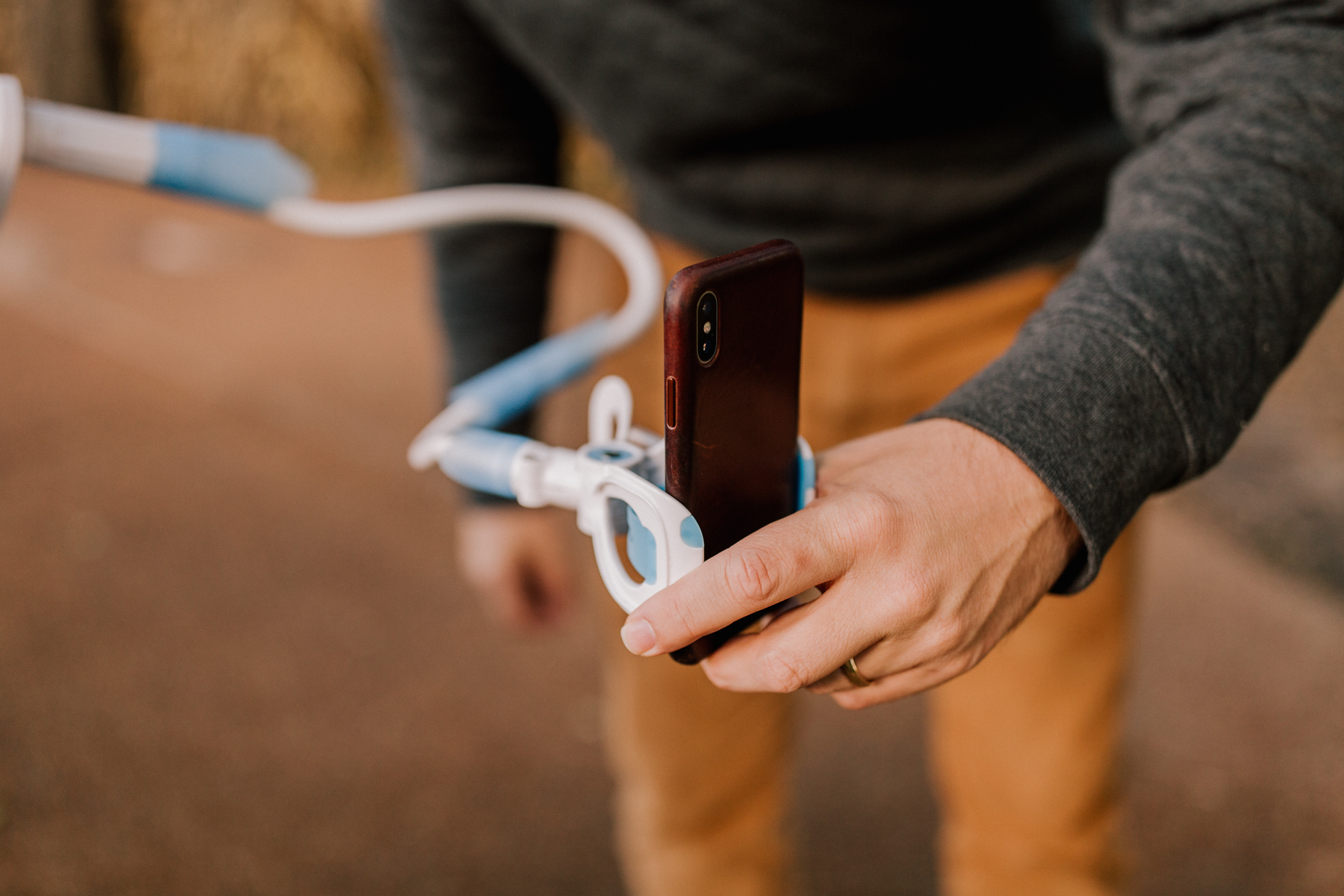 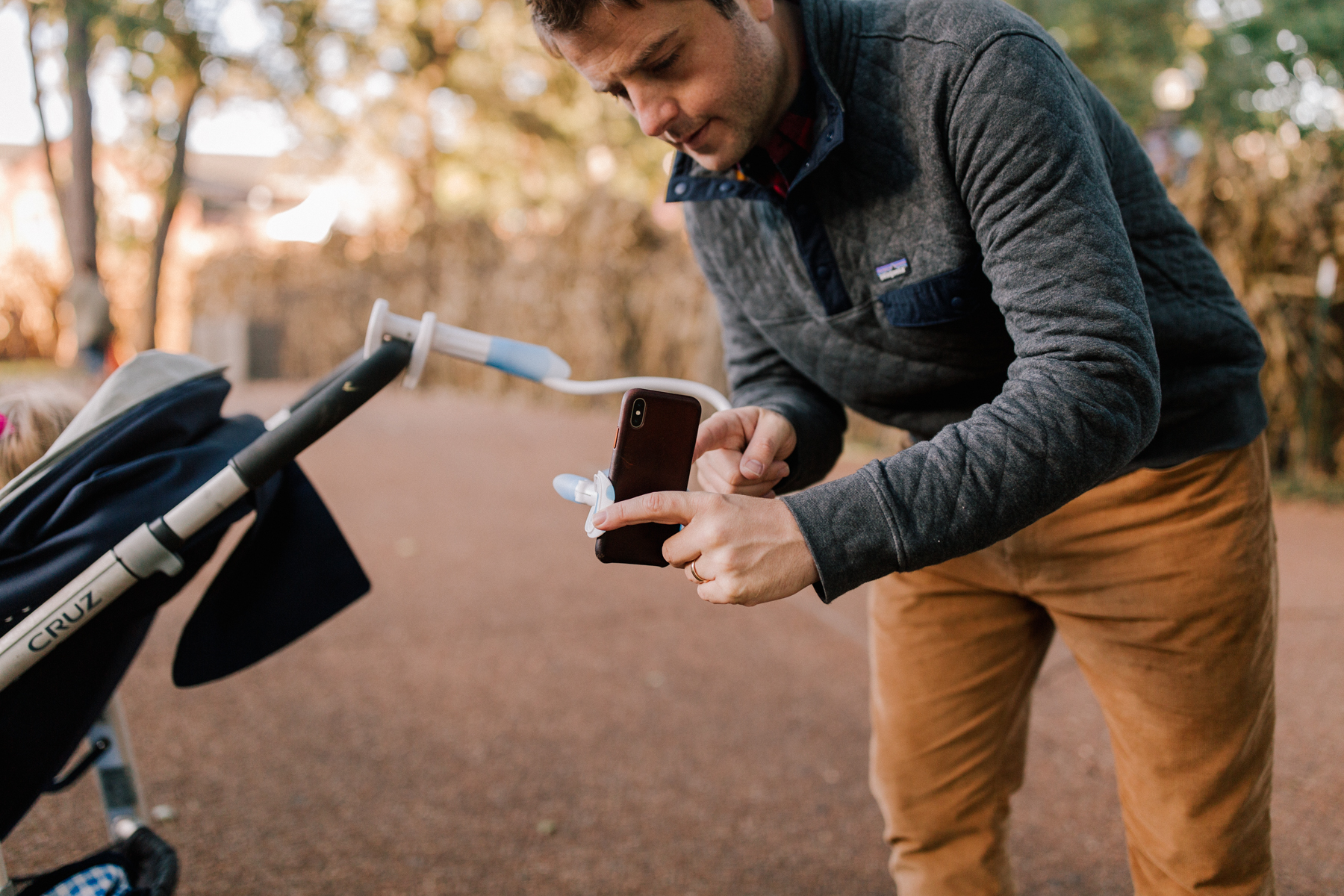 We use this long arm adjustable phone bracket from Amazon. We actually got it for Emergency Baby YouTube Sessions when Emma was younger, and it saved us from dozens of public meltdowns. But now we use it exclusively for taking pictures of the three of us. (Four, if you count Beale.) It can be clamped onto almost anything, and the arm is super adjustable for perfect framing. We typically clamp it down on our stroller since it’s almost always with us, but we’ve also clamped it to railings, chairs, trees, fences, street signs–you get the picture. It looks hilarious but it totally works. 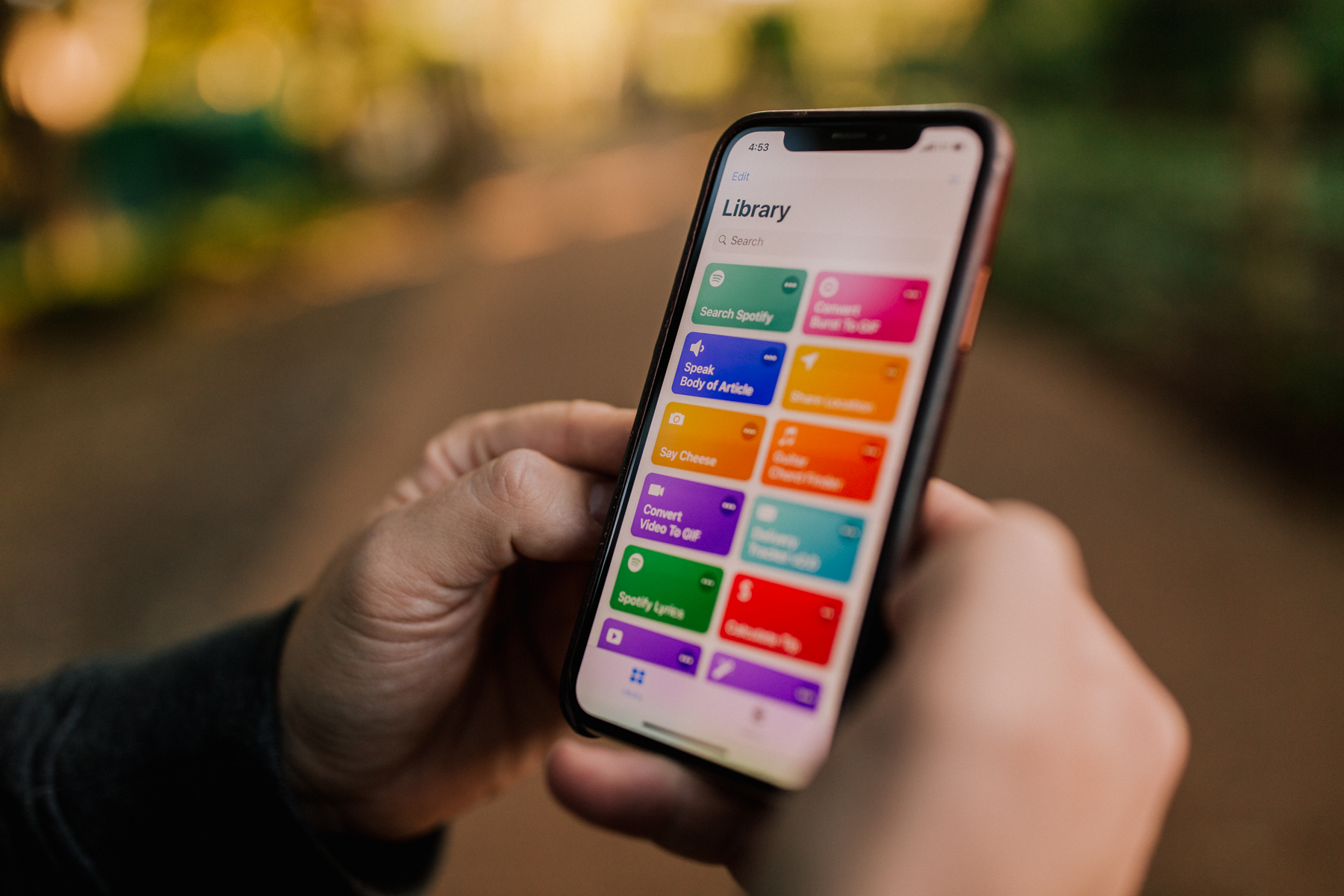 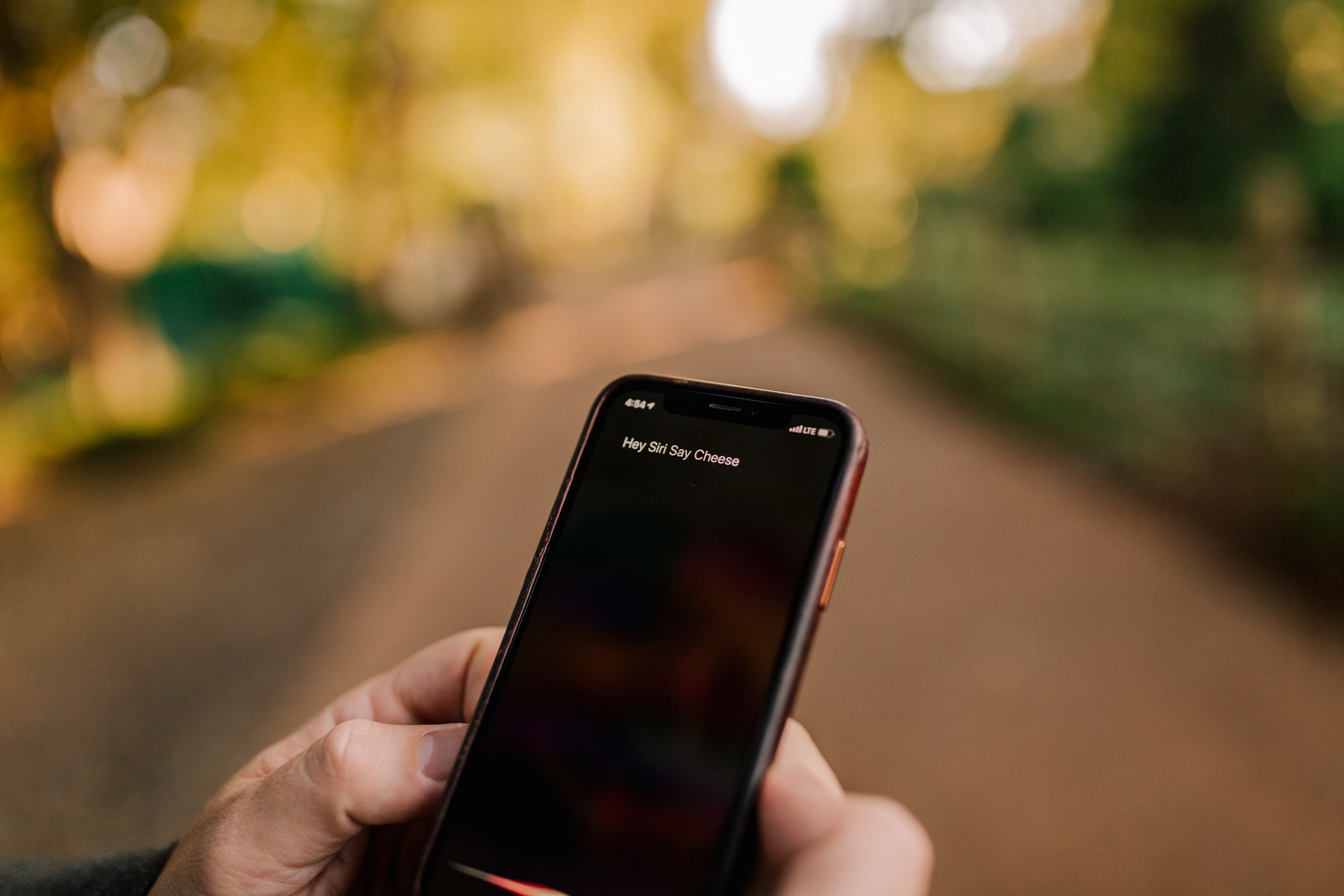 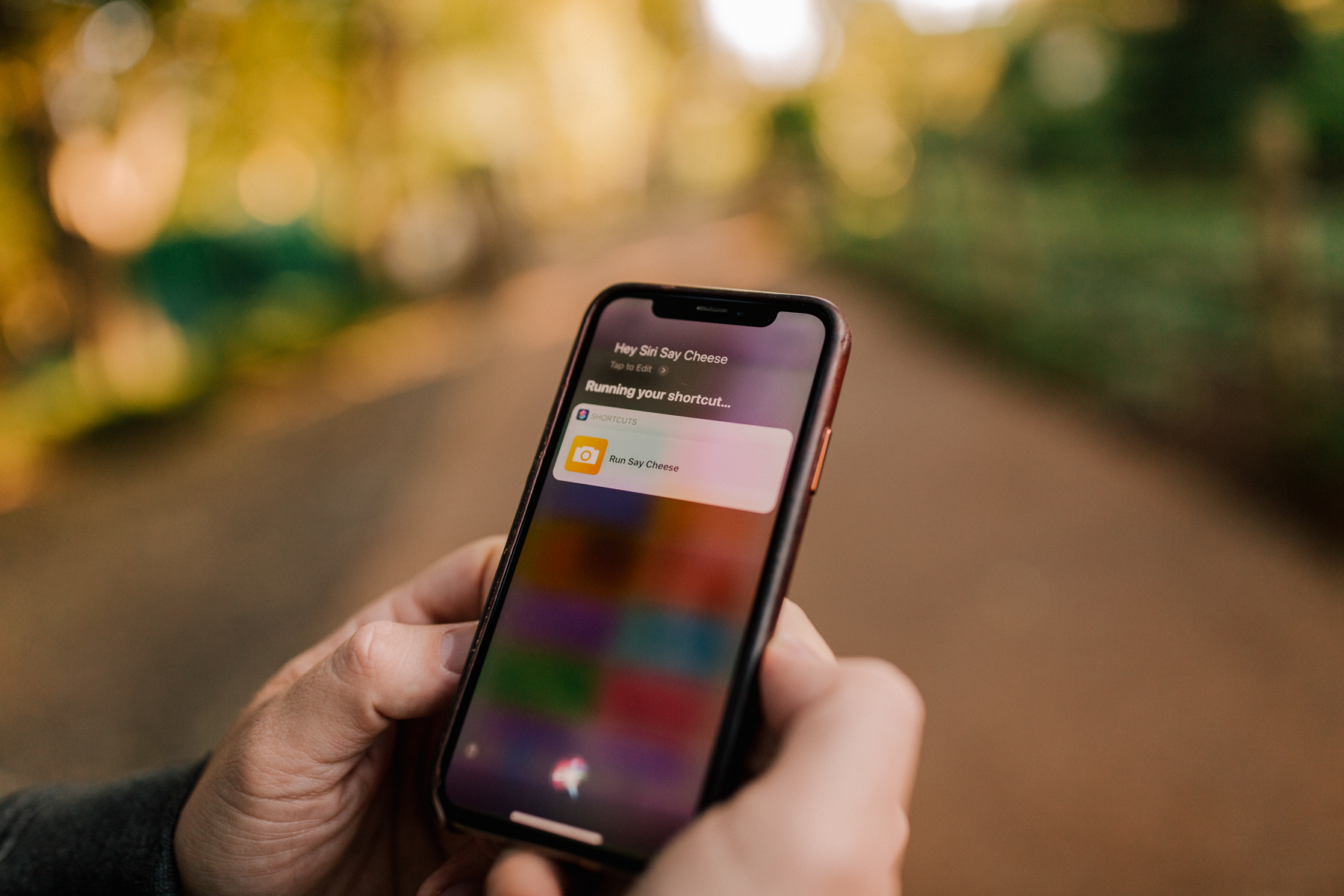 In tandem with iOS 12–yes, that annoying popup begging you to upgrade your phone’s operating system is good for something!–Apple released a new app called “Shortcuts.”Shortcuts lets you take control of the processes of your phone, and, if you’re willing to tinker, you can create your ownshortcuts that automate functionality over multiple apps.

If you’re smart, you could use Shortcuts to achieve mobile software efficiencies like some kind of iPhone god. Or, if you’re like me, you can just steal other (smarter) people’s shortcuts. I could probably write 5,000 words on all the cool stuff you can program into this app, but I’ll try to keep this brief.

After installing “Shortcuts” from the App Store, you’ll see that it comes with a gallery of publicly available Shortcuts from which to choose. The Shortcut we’re looking for is called “Say Cheese,” and you should be able to find it by searching for that phrase within the app. It will, obviously, require access to your phone’s camera and photos.

You’ll next need to visit the settings within the Shortcut to record a phrase that Siri will recognize. I used “Say Cheese” for simplicity’s sake, and it’s absolutely hilarious when we’re in public and I’m all like “HEY SIRI, SAY CHEESE!” Everyone stares, but again, it totally works. Upon hearing your phrase, Shortcuts will automatically open the camera, pause for a second, and click the shutter for you. It’s magic!

Note: I’m holding the phone in the above pics so you can see how it works, but the phone is obviously attached to the arm when we’re actually doing this. 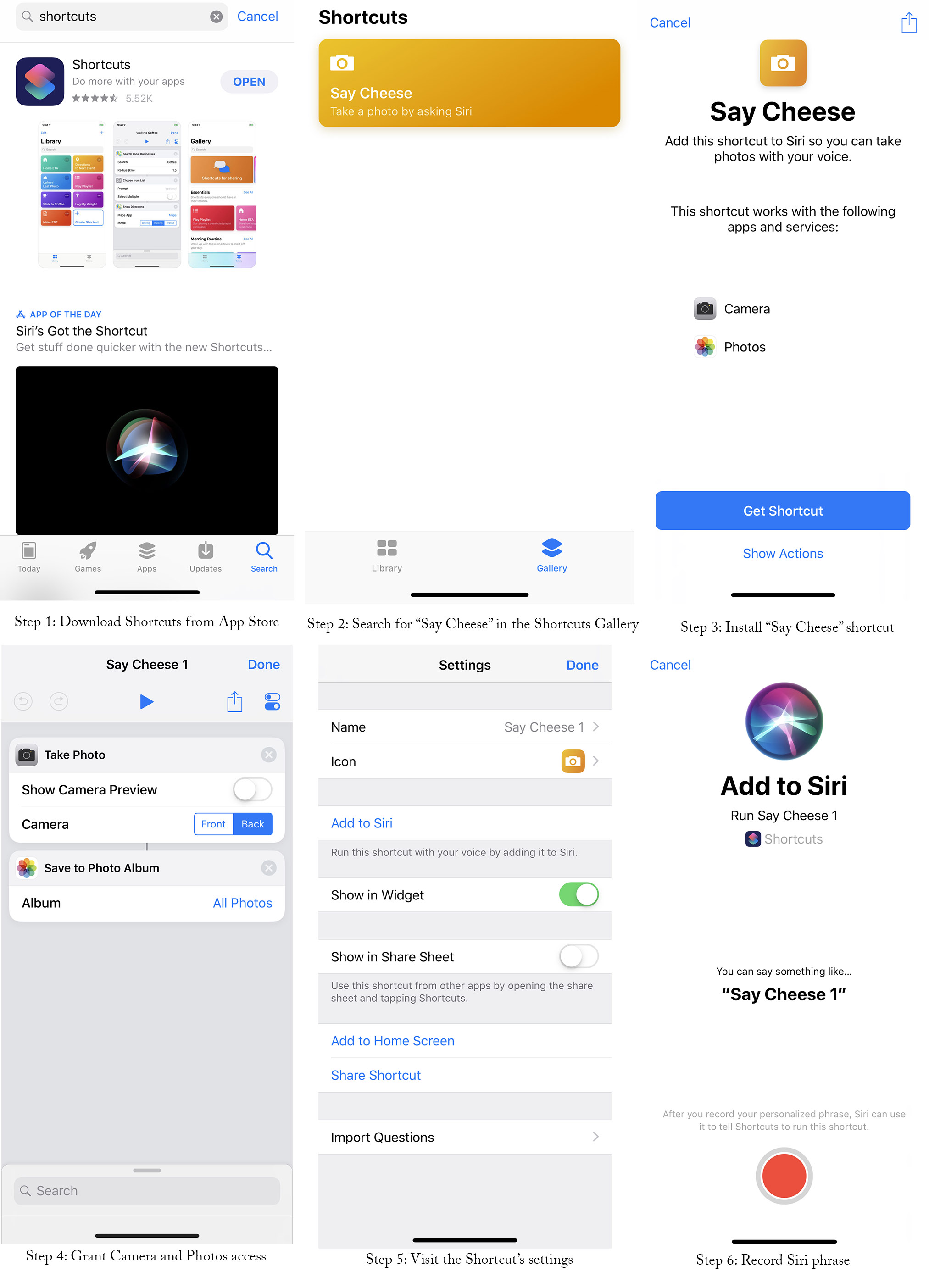 I’ve found a few other useful photography Shortcuts, like one that turns “burst mode” photos into GIFs, and another that quickly creates photo collages. There are a few online communities popping up online in which people are sharing creative Shortcuts. If you’ve found anything useful, let us know in the comments! 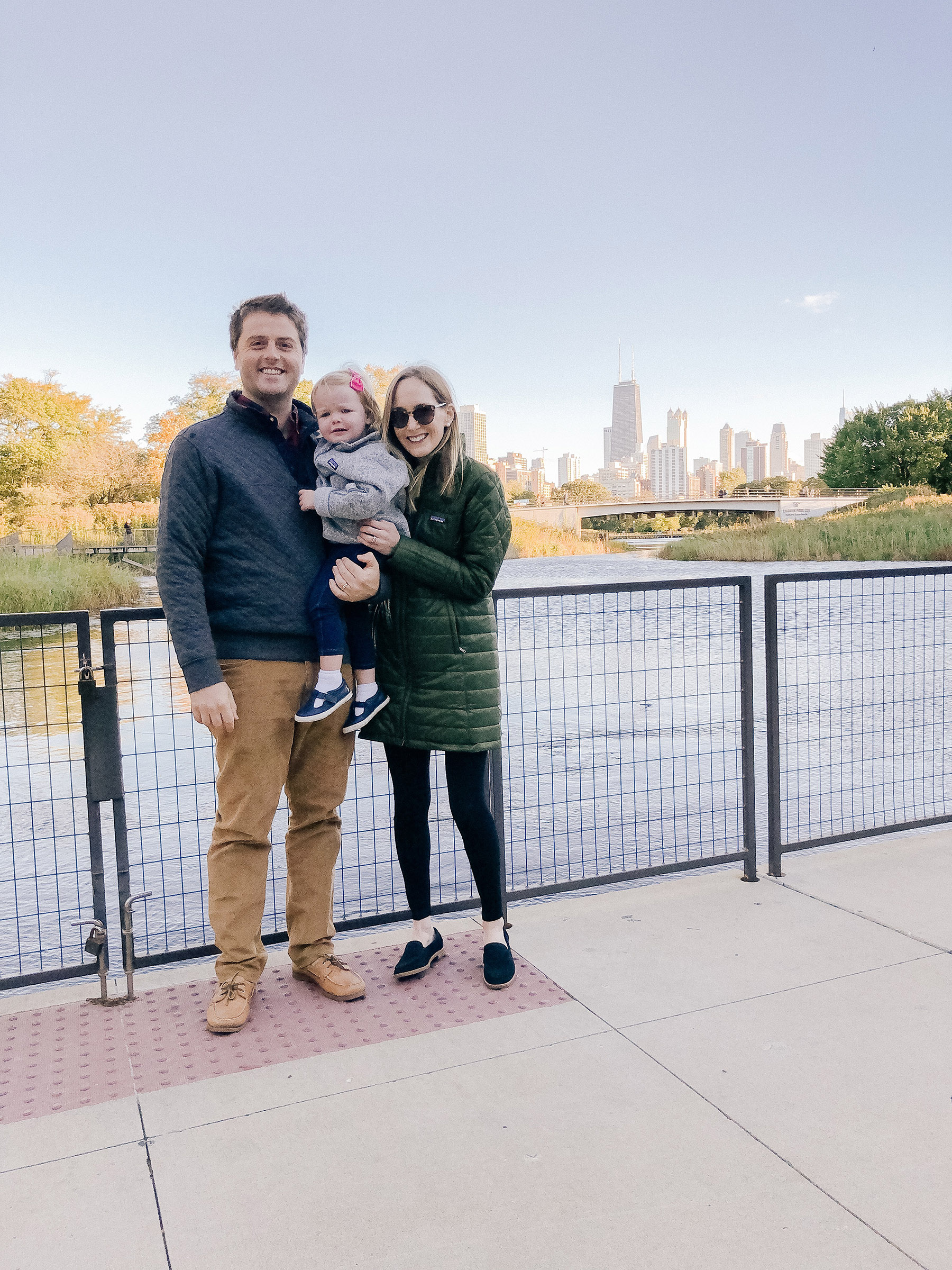 I should note here, however, that the Shortcuts app will not help you get a toddler to smile. :) 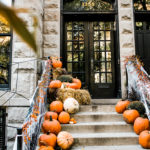