I just spent the last four hours racking my brain for the best men’s gifts. You know: The stuff I own and love, and then the stuff I don’t own yet still love. Here’s what I came up with!

1. J.Crew Hoodie: I’ve tried all the hoodies in the world and this is the best one. If your guy is like me, he’ll put it on Christmas morning and keep it there until it falls off. Maybe get two.

5. Playstation 5: Even if you’ve never seen your guy game, and he’s never mentioned the word “Playstation,” he wants this thing. Wanting a Playstation is built right into our DNA. So don’t fight nature. Give him a Playstation. But make sure he doesn’t have one already before you buy.

10. Mixed Stripe Shirt: We have a fun little family tradition where Kelly gives me the ugliest possible shirt each Christmas. I’m just not sure she’s in on the joke.

11. Breville Espresso Machine: If you follow this blog closely, you know that I’m obsessed with coffee machines. I own like twelve of them. Getting a proper espresso machine changed my life. Not to brag, but I’m drinking an espresso right now. And if you gave one to your guy, you could be too!

20. Smart Garden: Now if this isn’t the most futuristic freaking thing I’ve ever seen. If your man is motivated to garden yet too lazy to do anything about it, a smart garden could be the perfect fit.

22. J.Crew Blackwatch Plaid Jacket: Gifting someone a plaid jacket may seem fun at Christmas, but it’s not as practical come January. Just don’t tell my Kelly I said that.

26. AeroPress: Give me some credit for only putting two coffee machines in the guide. My original draft had four of them.

37. Milk Frother: OK, I lied. This is technically another coffee machine. But who doesn’t like foamed milk in their coffee?

44. Kindle Oasis: I wrote in depth about this Kindle recently. Your dad has a couple hundred thousand hours of quarantine ahead of him this winter. Keep him busy!

46. Solo Stove: This is the single greatest quarantine time killer in the world. I wrote about it here. It’s not cheap, but we use ours at least once a week. Best gift in the guide. Top guide gift!

50. Baseball Leather Travel Set: Mark & Graham is the best place to find gifts and their baseball leather duffle and dopp are the best travel things I own. Which isn’t doing me any good lately, but I’m keeping this duffle out on my dresser just in case. [Kelly edit: OH MY GOD.] 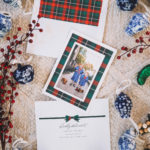