This post goes out to one of my very best friends, Rebecca, who is getting married this year! Rebec has been having some trouble finding the perfect white dresses for her bridal shower, bachelorette party and rehearsal dinner, and asked whether I’d be interesting in rounding up some favorites for her.

Go shopping for little white dresses? Yes. Yes, I can do that. ;)

While we were talking, we realized that the roundup might be perfect for you, too. Even if you’re not getting married (or graduating), every girl needs a good white dress for the spring and summer! So, without further ado, my findings:

If I were getting married, I’d probably go with the Bridgette Dress by Camilyn Beth (which I wore in pink here) or the Milancey Cut-Out Dress by Club Monaco (which I have in a similar style). I adore the cuts, and love that they can be worn again and again! What are your faves?! 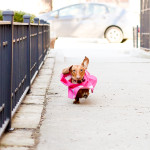