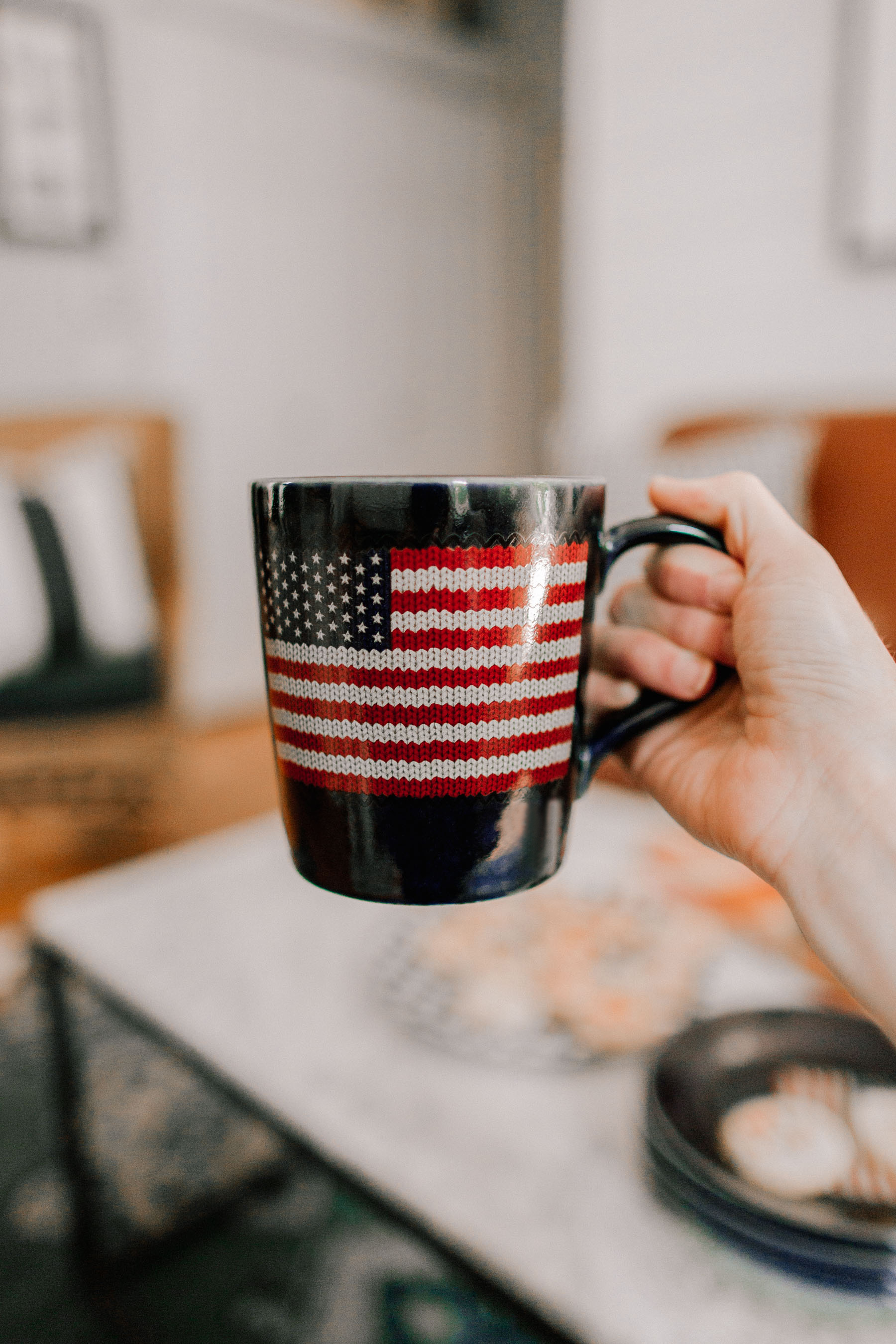 Sorry about the back-to-back sale posts, yesterday’s giant J.Crew/Factory post took a long time, haha. Couldn’t get it all done during nap time. ;)

Anyway, these are the six big sales I’m shopping today, and I’ve included my favorites from each brand. Many thanks to Mitch for making the Photoshop spreads!

Hope you guys are having a wonderful Labor Day, and that you’re spending it with family and/or friends. :)

Huge summer sale going on; up to 40 percent off and everything ships free.

Use code “LABORDAY” to take 25 percent off your order. $49+ orders ship free. 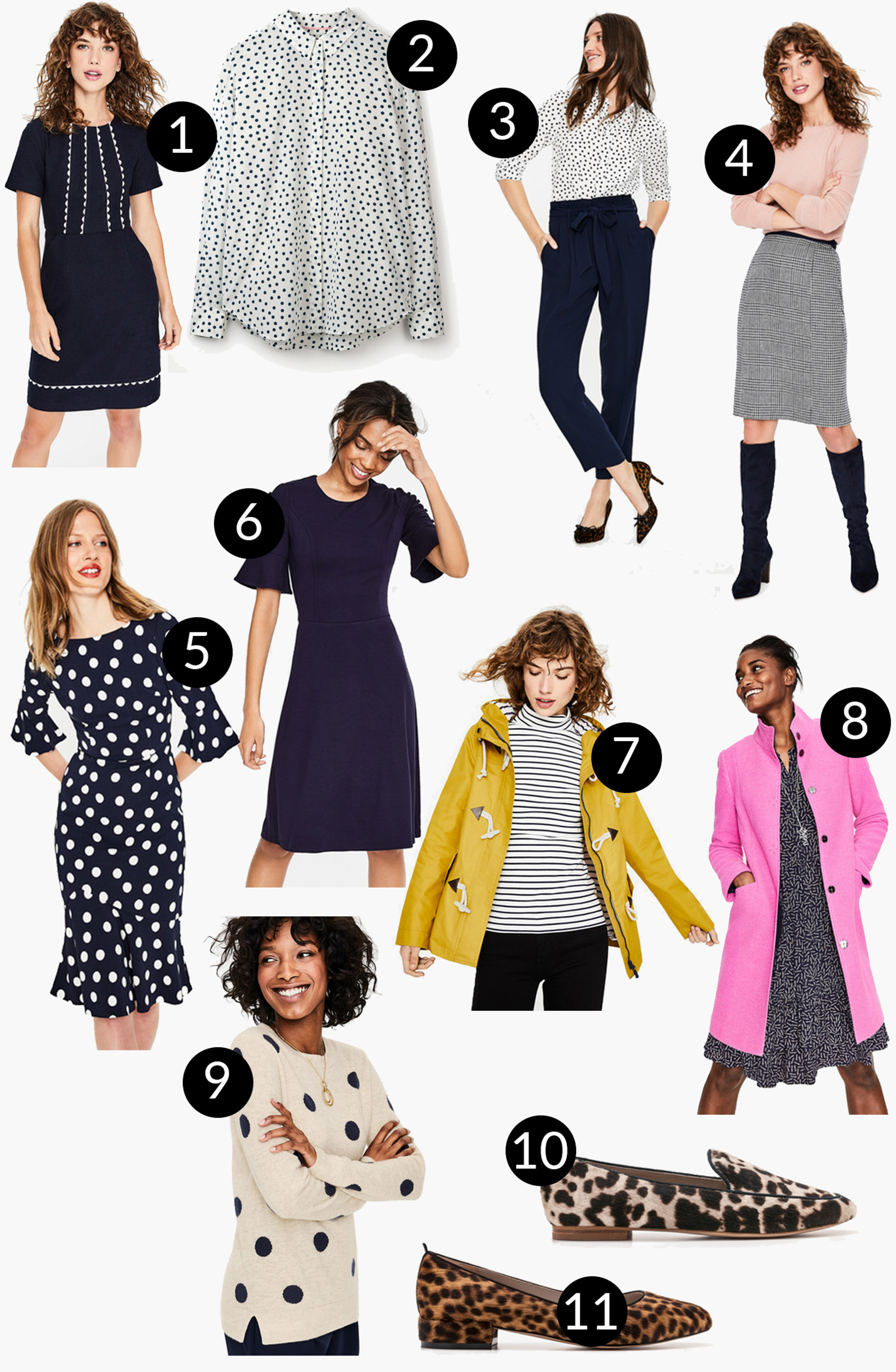 Again, use code “SALEAWAY” to take 60 percent off, 50 percent off already-reduced prices, and get free shipping.

Cap Toe Pumps: Eeeee! I really can’t tell you how long I’ve been waiting for a pump like this. I’d adore the Chanel look, but am unwilling to pay that much money for shoes, as I do a ton of walking in Chicago and wear shoes out very quickly. These are gorgeous, though, and feature that awesome block heel that’s so comfy! *Adds to cart.*

City Coat: This is such a great alternative to the J.Crew original. It’s gorgeous! (How about that new emerald color?) I will say that the J.Crew one is a lot warmer, so just consider that if you live in a very cold place. :)

Drapey Pull-On Pants: The only dress pants I own. They feel like pajamas, yet they’re nice enough to wear to work or events. Also, I have them in so many colors, but I’m loving the moss green color for fall.

Scalloped Camisole: I have a bunch of these, and I love that they’re machine-washable yet look like silk. In addition, they’re lined, too.

Houndstooth Skirt: It’s back! That’s what I’m wearing in the above photo. :) So cute.

Schoolboy Blazer: I wore it here. It’s the Factory version of J.Crew’s classic blazer, and the quality and price are both fantastic. I took a 2 in mine, in case you’re wondering. (Needed a bit of extra room in the shoulders.)

Woven Ruffle Neck Pullover: *Adds to cart.* It comes in navy, too!

Belted Sweatshirt: Does this not look insanely comfy? I love the navy striped version, too.

Skinny Jeans: Wore them in this post, too. While I don’t usually run to J.Crew Factory or J.Crew for my jeans, this pair has quickly become a most-worn pair. They have some more weight to them. Furthermore, they aren’t super skinny, and they don’t sag.

Gingham Puffer Vest: I mean, come on. Every preppy girl needs it. :)

Long-Sleeved Striped Tee: Bought this for the back to school collaboration I did with J.Crew Factory, and I’m so glad I did. It’s longer, so it’s fabulously flattering, and it’s soft. Also,  I sized up to a size small and it’s perfect.

Gingham Button-Down: Another classic that every girl needs. I wear this with vests, blazers and sweaters all fall and winter long.

Striped Dress: I added this to my cart. Also, I pair it with a utility vest or jacket along with some great brown boots, and fall cuteness.

Bow Sweater: I wore it here. Isn’t it sweet?!

Camel Sweater: I don’t have this particular one, but I do own five camel sweaters, haha… couldn’t get through the fall without ’em! This one’s a steal.

Use code “BIGNEWS” to take 40 percent off your entire purchase (including new arrivals), and get free shipping.

Supersoft Cardigan: I’m really into J.Crew’s “supersoft” products. And while I own enough gray and white cardigans for the fall, I’m very much in love with this beautiful pink shade. :)

Regent Blazer: Most-worn blazer, ever. I went up to a size 2 for room in the shoulders. A more affordable option is J.Crew Factory’s version, which I talked about above.

Cocoon Coat: I honestly love it in all the colors, but my favorites are the camel and light gray colors. It runs a little big. Also, I went with a size 0, and it’s still roomy.

Sweater Blazer: Wear it constantly–either when I just want to feel cozy, or I want the blazer look but it’s -500 degrees outside here in Chicago. ;)

Machine-Washable Camisole: Another product I couldn’t live without. Whenever I don’t know what to wear out, I throw one of these on and a pair of heels, and I look chic and put-together!

Softest Chambray Shirt: Tried this on in-store and couldn’t get over it. It runs big. I normally like to size up in my shirts, but even the XS was roomy on me.

Denim Jacket: I wear this all spring, summer and fall. Runs pretty TTS. In addition, I took it in a small since it’s cropped.

Supersoft Faux Wrap Top: Added this one to my cart. Love that it’s a faux wrap top! I have a real one from Nordstrom (got it last year), and I hate how it’s always falling down. Excited to try this one!

Going Out Blazer: I’m wearing this for an upcoming collaboration with J.Crew. (In gray!) I plan on wearing it with a white silk shirt, jeans and leopard loafers. :)

Strappy Sandals: GET THEM. They’re so comfortable, and they run TTS. Great for transitioning to fall looks when it’s still toasty outside, too.

Pink Bow Pants: I normally don’t go for dress pants without elastic, haha, but might have to try these because they’re adorable.

Use code “BIGNEWS” to take 40 percent off your entire purchase (including new arrivals), and get free shipping.

Crepe Faux Wrap Top: I know I talk about this top all the time, but if you buy anything this weekend, make this it. I have it in a few colors, and it’s the first shirt I reach for when I’m going out to dinner with Mitch (or Mitch and Emma)! It’s stunning yet machine-washable. (Are we sensing a pattern? No time for the cleaners!) I went one size up to a 2, and it’s great.

Velvet Wrap Dress: THE PINK. I tend to always be freezing, so I love velvet. Will likely size down on account of the wrap style, but note that there is a little button to keep things in place.

Ruffle Neck Sweater: I have this in a few colors. It was my favorite sweater last year, and I love that it’s back! Also, I sized up to a medium for a slightly oversized look.

Silk Shirt: Again, wearing this for that upcoming collaboration. Haven’t received it yet, but excited about it! Furthermore, I feel like it’ll go with everything and can be worn from day to night.

Navy Striped Tee: My most-worn navy tee. You need it. Under blazers and cardigans, or even on its own, it’s a seasonal must.

Puffer Vest: What do we think about puffer vests? Still in or totally out? I still adore them! So I’m wearing mine again this year. ;)

Tippi Sweater: Probably J.Crew’s most popular sweater, and it comes in a ton of different colors. Also, this is one of the best prices I’ve seen for popular colors.

White Button-Down: It’s fitted for an office look, so size up if you’re after more of a boyfriend look. Great with one size tucked into jeans. Very classic! I love the blue striped version, and the blue-and-red one, too. 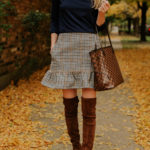 Previous Post:
What to Buy During the Big J.Crew/Factory Sale