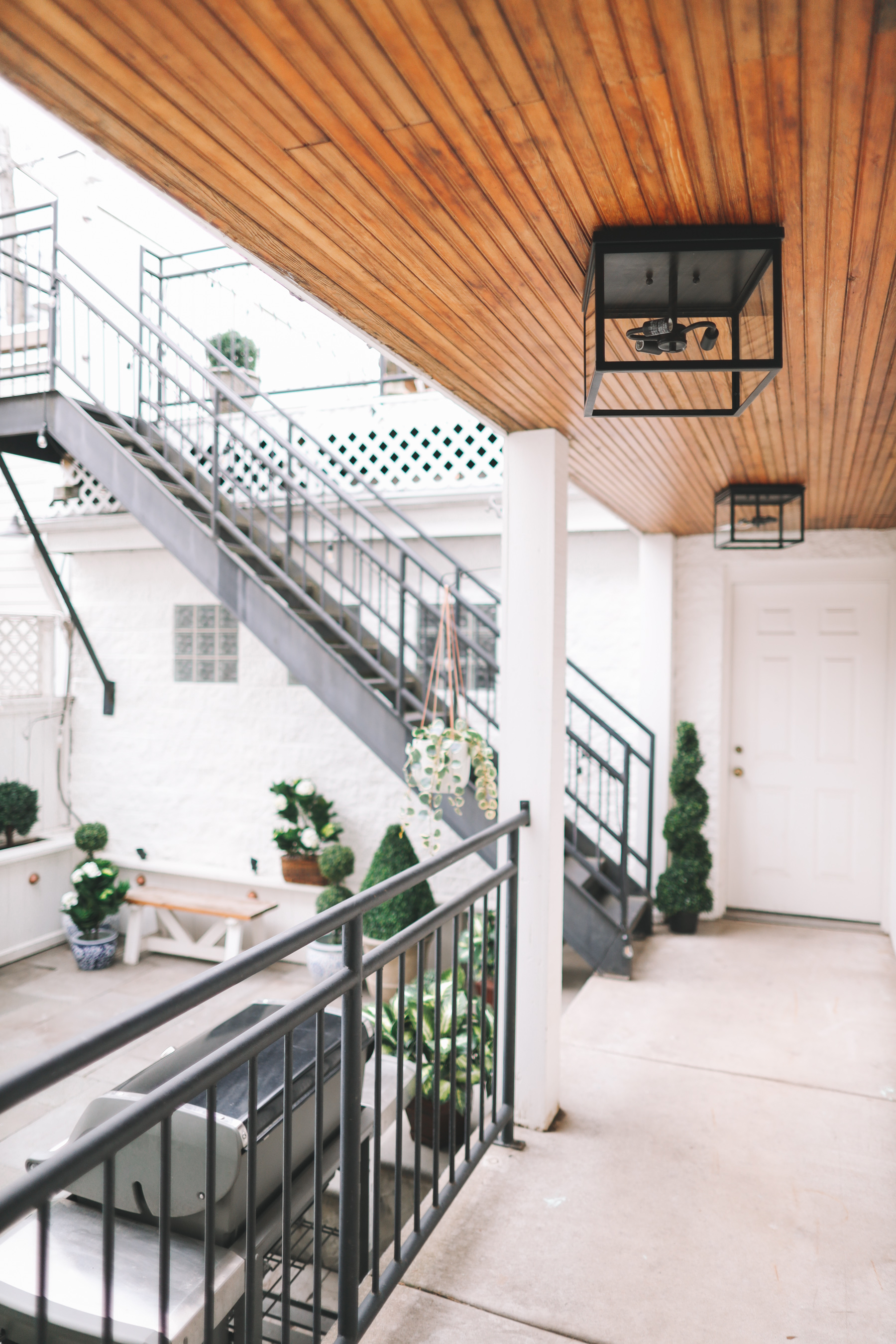 Home projects have been so helpful these past couple of months. First, they pass the time and get our minds off things. Second, they provide us with a sense of accomplishment. (Turns out that it IS possible to be productive during quarantine with small children. 🙌) Third, they obviously improve the house!

The patio has been our favorite project. It’s a work in progress, for sure, but I can’t believe how far we’ve come with it! Recently, we tackled three updates with eBay and its Home, Garden & Yard section of the site–and I’m excited to share them today.

eBay is awesome. I’ve been a fan since 2006, when I was fresh out of college and would sell my unneeded stuff for extra spending money. I later became a HUGE fan when I started my blog in 2013, because my eBay sales funded the site! Since then, I’ve also become a loyal customer… and I almost always check eBay’s prices before pulling the trigger on purchases because I can often find what I’m looking for at a phenomenal discount there. (Another way to save, btw, is buying Certified Refurbished. Tons of tech, cleaning supplies, and kitchen stuff for a deal!)

Seriously, though, if you’re looking for something to keep you busy right now (or if you’re looking to organize and declutter!), consider selling on eBay. It’s. Amazing. (At one point, I was making $1,000 per month doing it, and I have friends who have made CAREERS out of it!) Here’s my guide on how to sell on eBay! 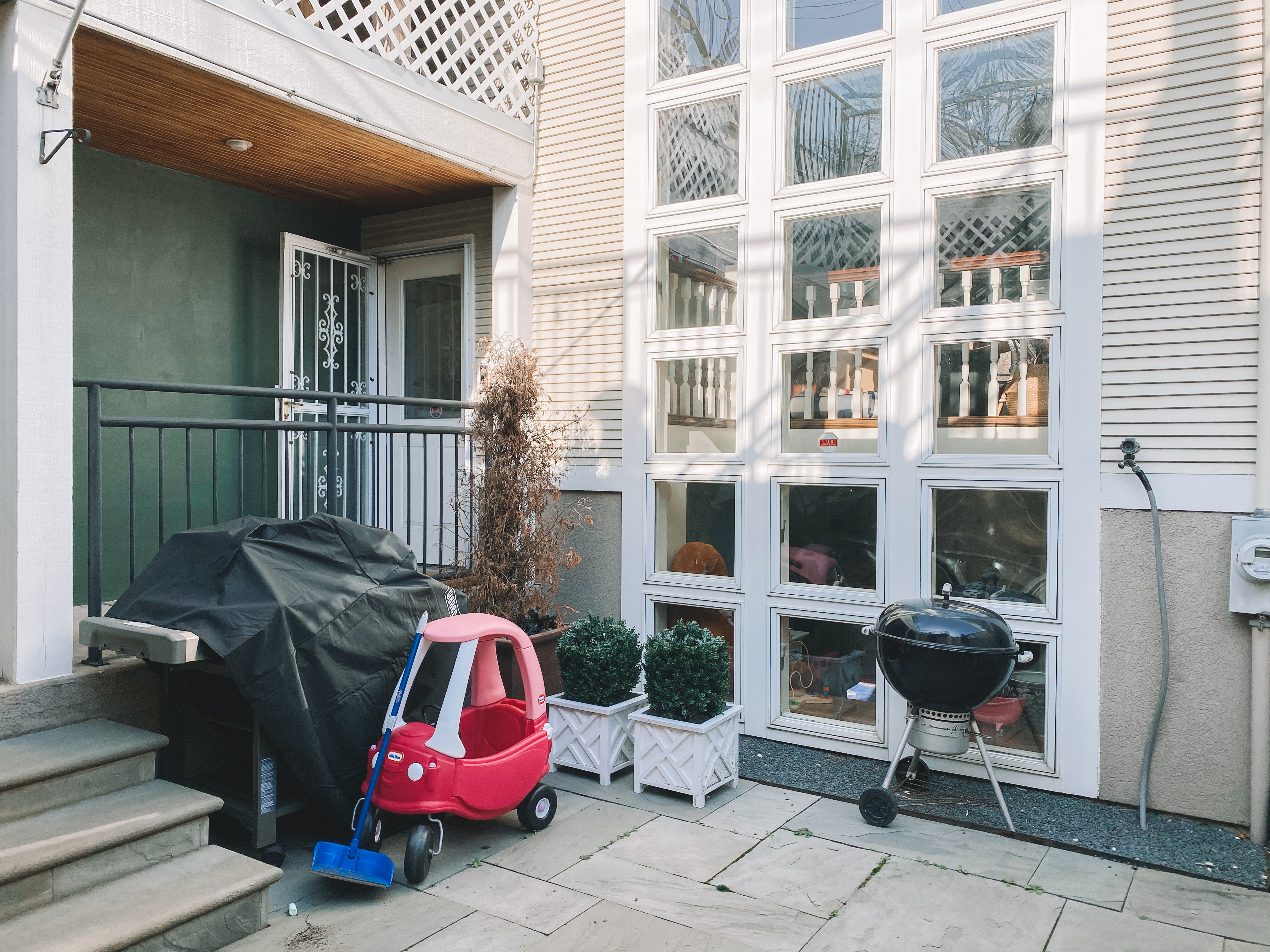 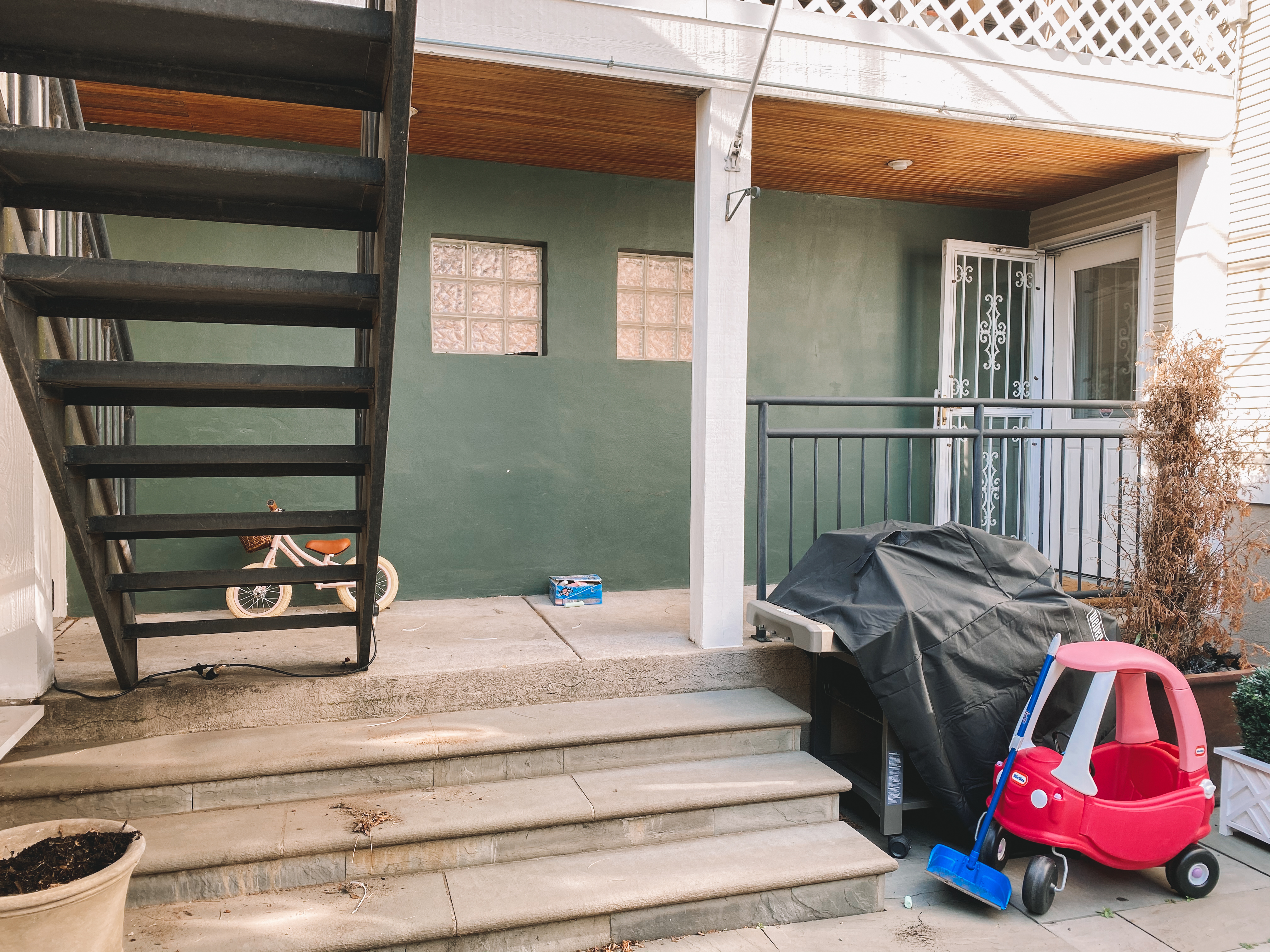 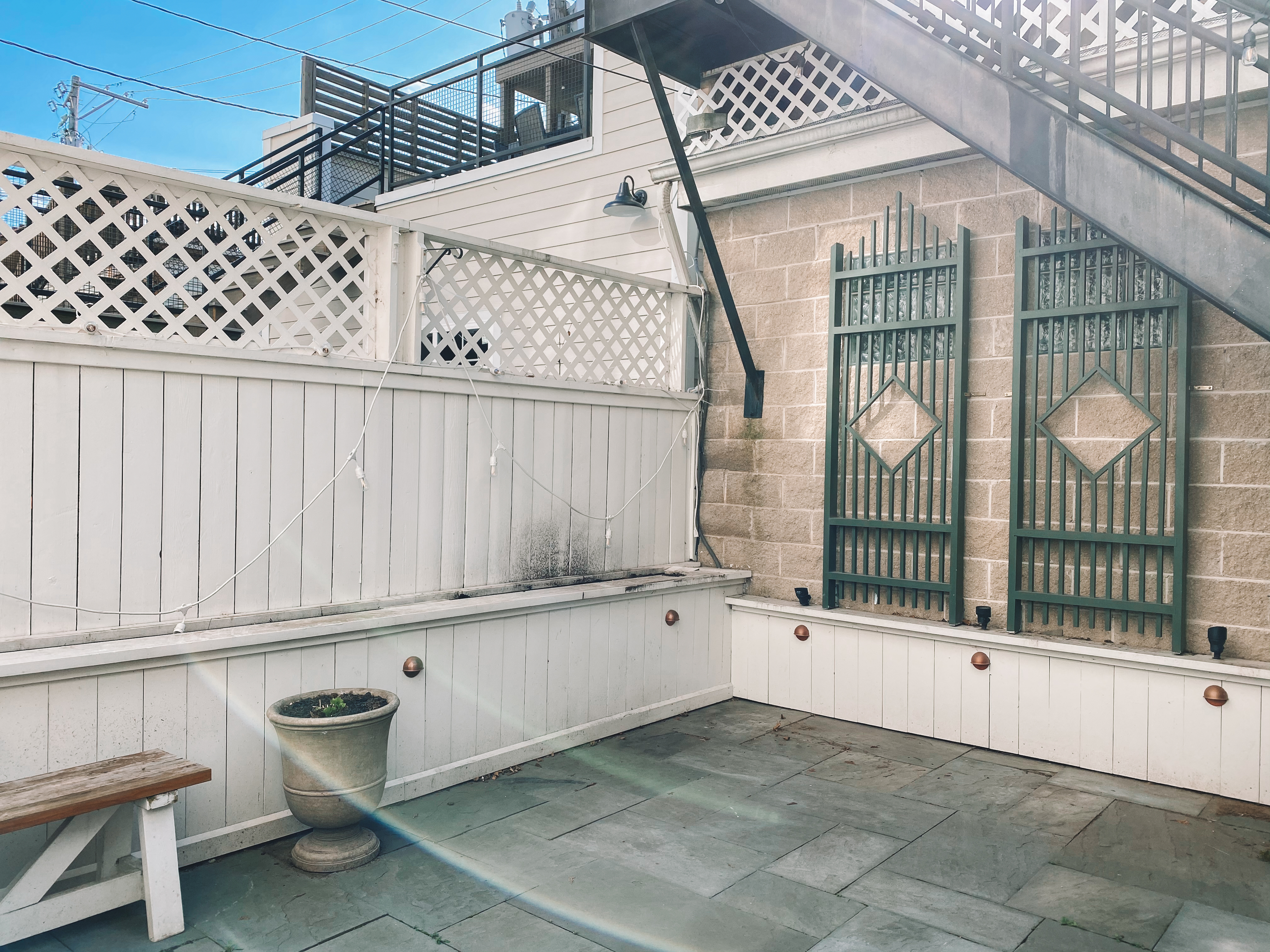 Above are the before snaps of the patio… and below are the “after” photos as well as all the details on the big updates we made!

Up until last week, we had a small area between the patio stone and the house that was filled with gravel–and it was somewhat unsightly. Last month, though, when we were chatting about how to improve the look, I had the (genius 😉) idea of finding really good faux grass and installing it. I found this listing on eBay and ordered, hoping for the best… and I’m astonished by how fantastic it looks! (We used scissors and simply cut it to size.) I should note that the smaller $48 strip, which we ordered, is no longer available… but there are so many great listing for real-looking faux grass on eBay!

I need to be honest here. We had one of Kira’s guys paint the perimeter walls white because we didn’t think it was a feasible task for us while taking care of two young children. But we found everything needed (with the exception of the paint) on eBay for a great deal: drop cloths, painter’s tape, and paint brushes and rollers. (Btw: We let Paco in through the garage, and while he worked, we did not go outside. We also only communicated via cell phone through the windows. Safety was of the utmost importance to both parties!) Note: We used exterior primer and then Benjamin Moore’s Moonlight White, which the previous owners used elsewhere on the exterior. (We LOVE it!)

If you’re new here, Mitch and I recently went the faux plant route for our outdoor space, as this chapter of life doesn’t seem to afford us time for maintaining real ones. Maybe this will change one day when the girls are in school, but for now, we’re so happy with the decision! I think the key is just finding good faux plants. One of my favorite faux plant companies is called Nearly Natural, and eBay carries a ton of their stuff. We went with these faux hydrangea plants, these faux Dieffenbachia plants, these hydrangea in a vase (though waiting for our coffee table to arrive), this faux Pothos plant, and these Stephanotis trailing plants. (Ours are slightly different, but they look very similar.)

These are such a steal, and withstand the elements… even Chicago elements! 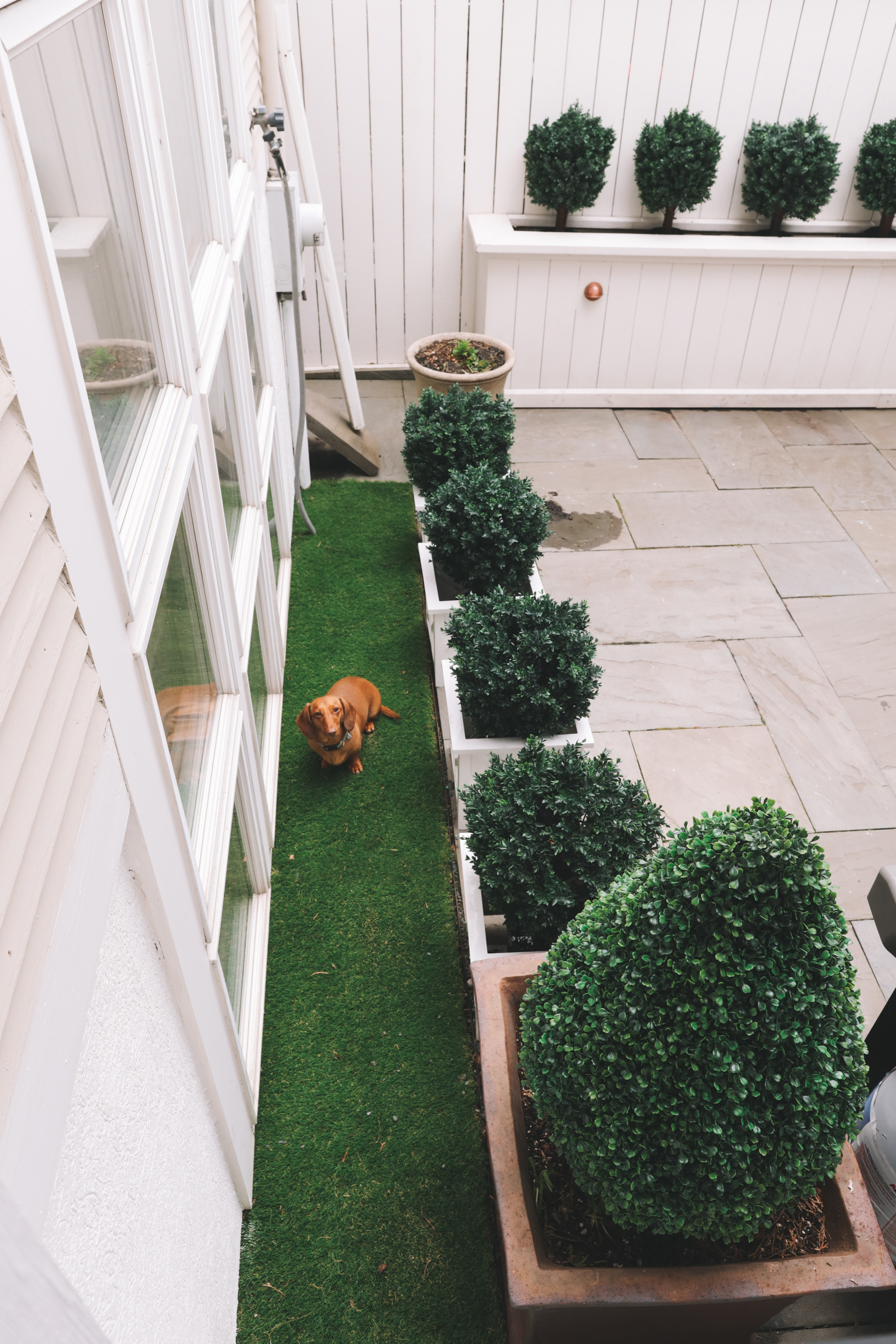 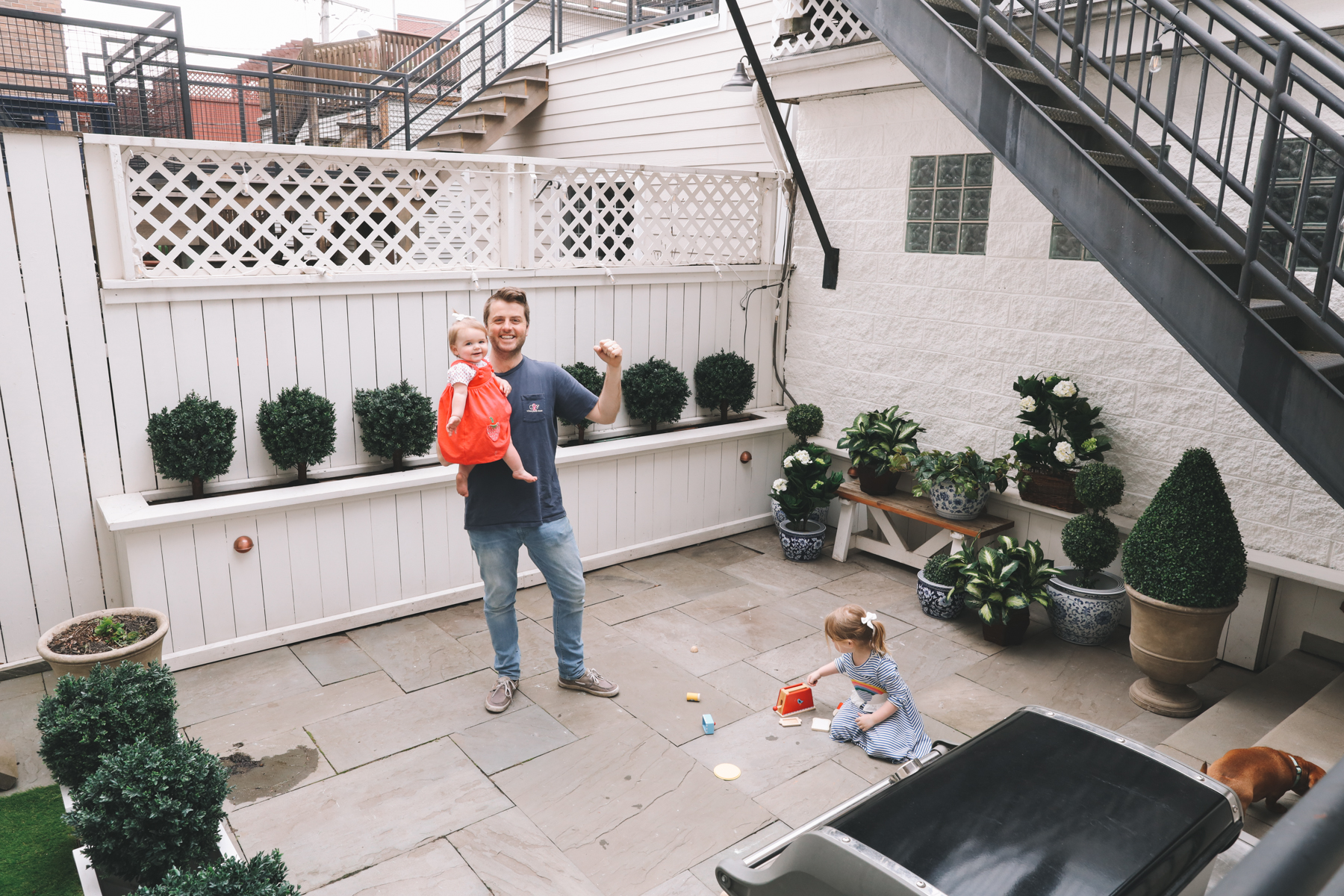 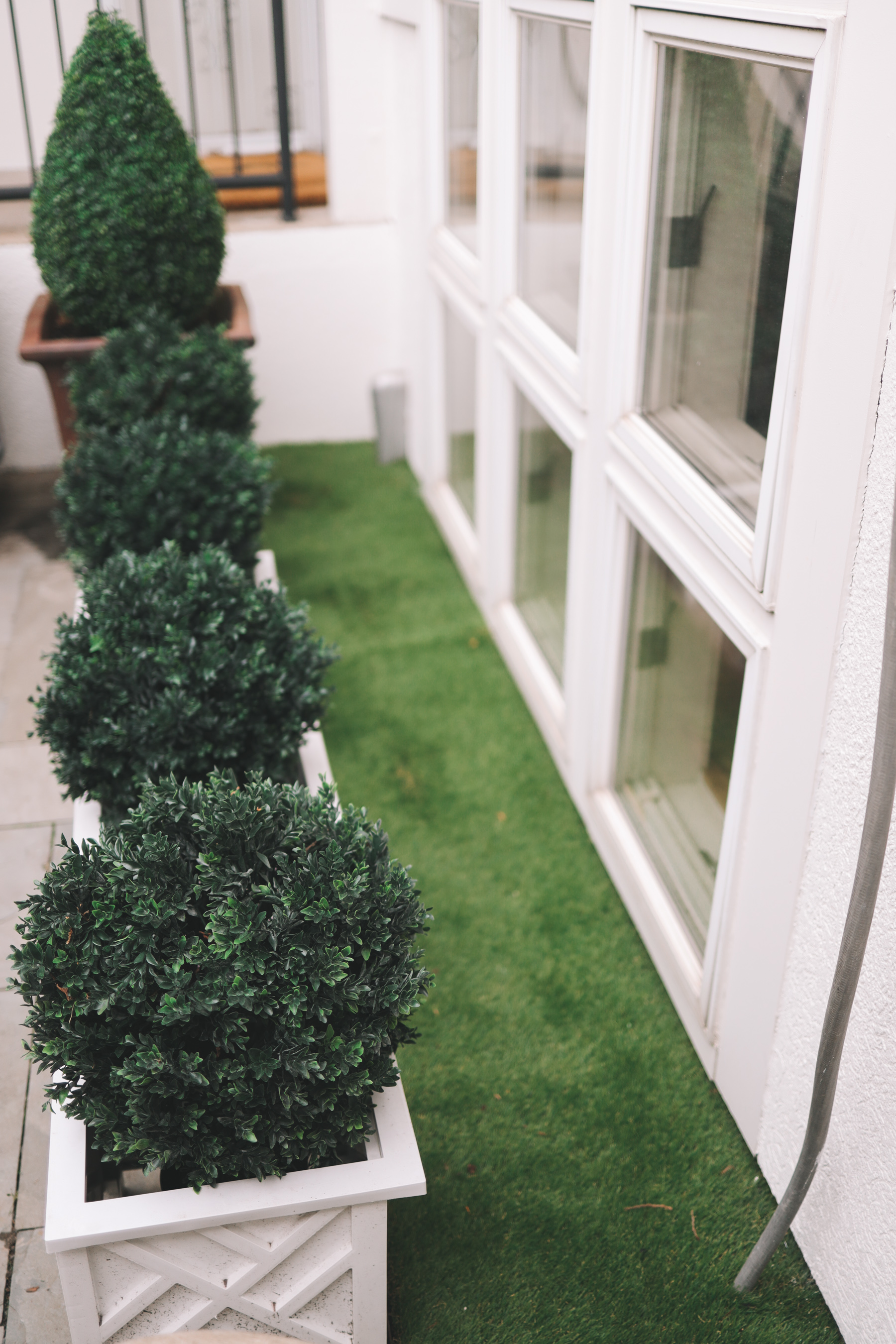 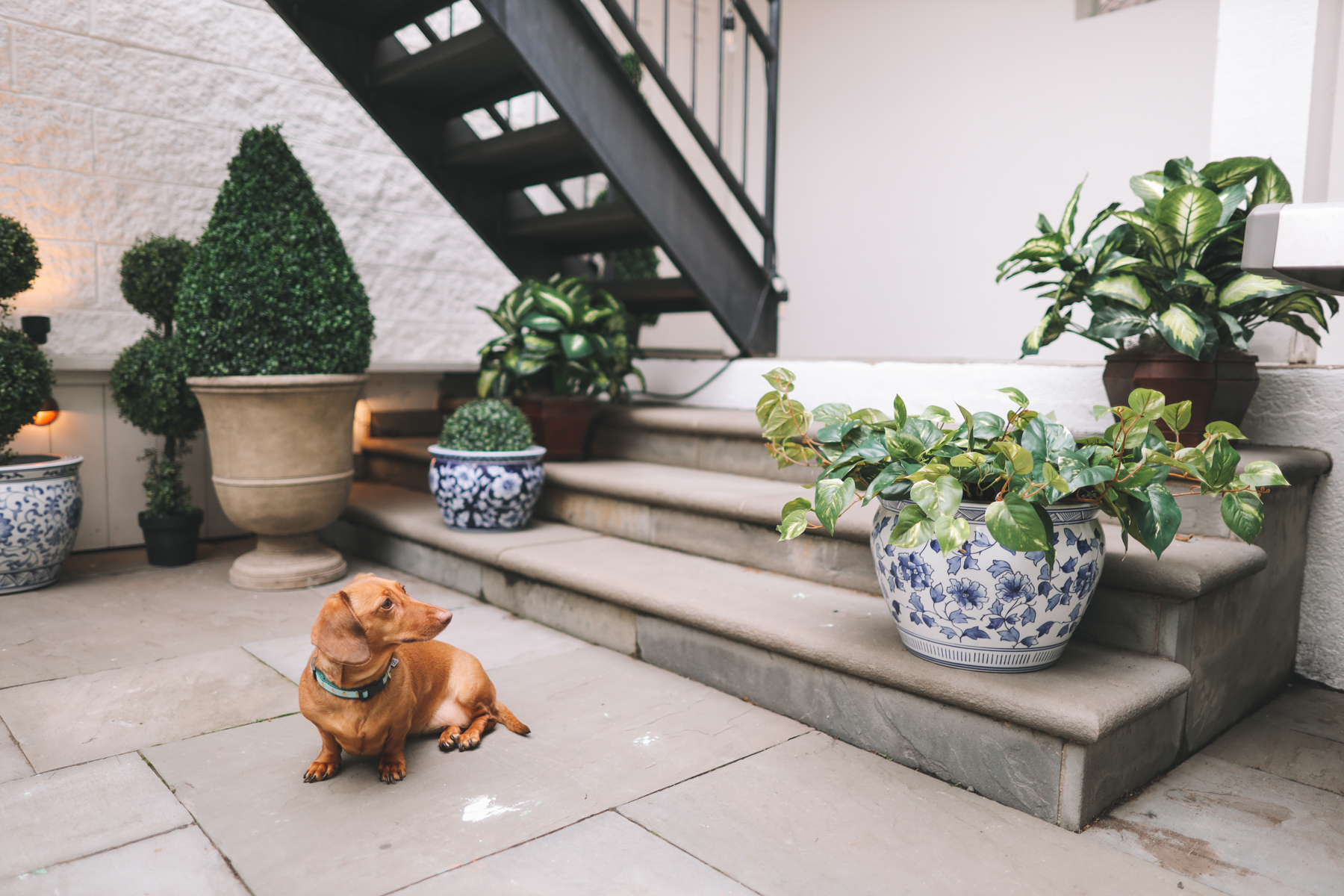 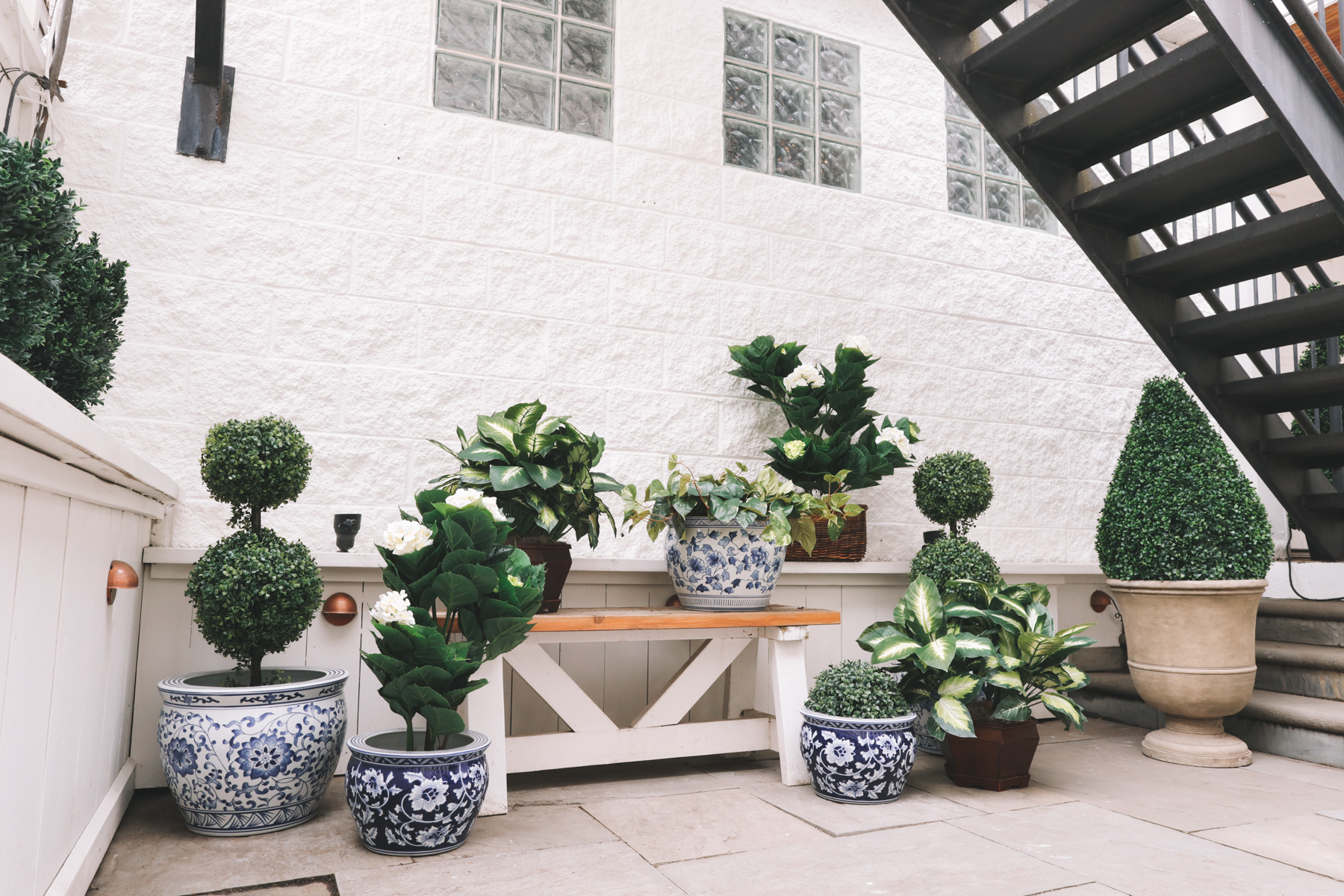 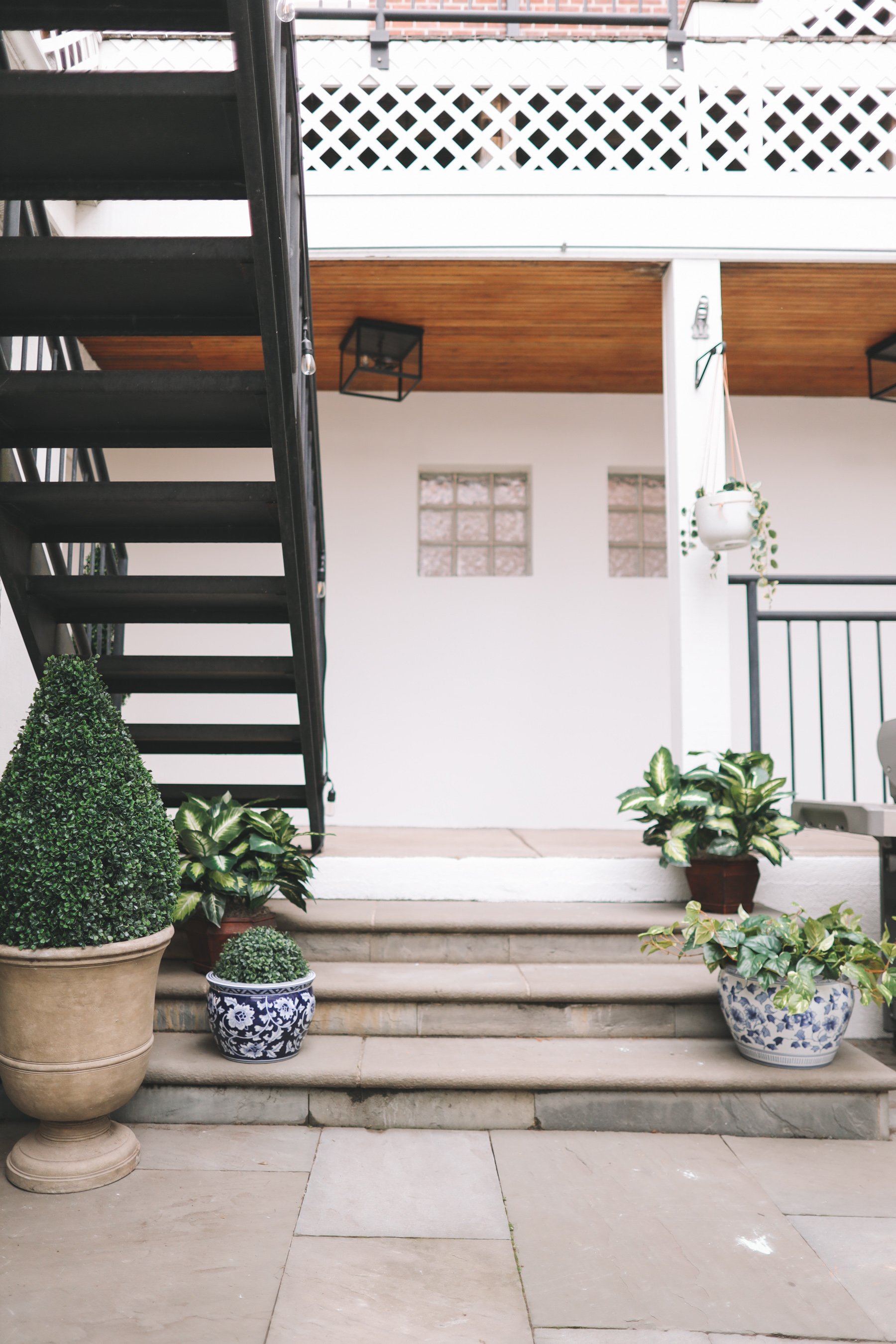 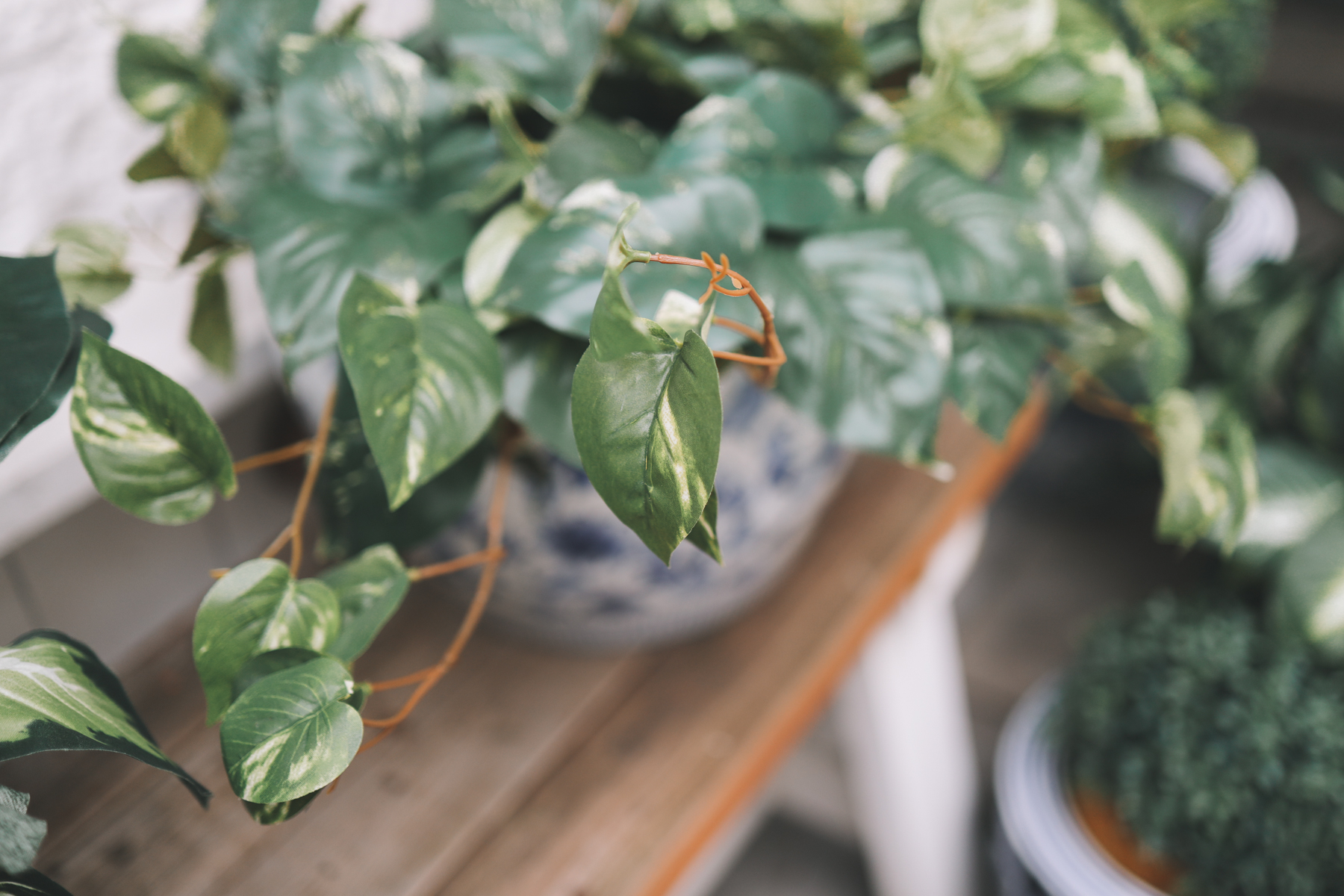 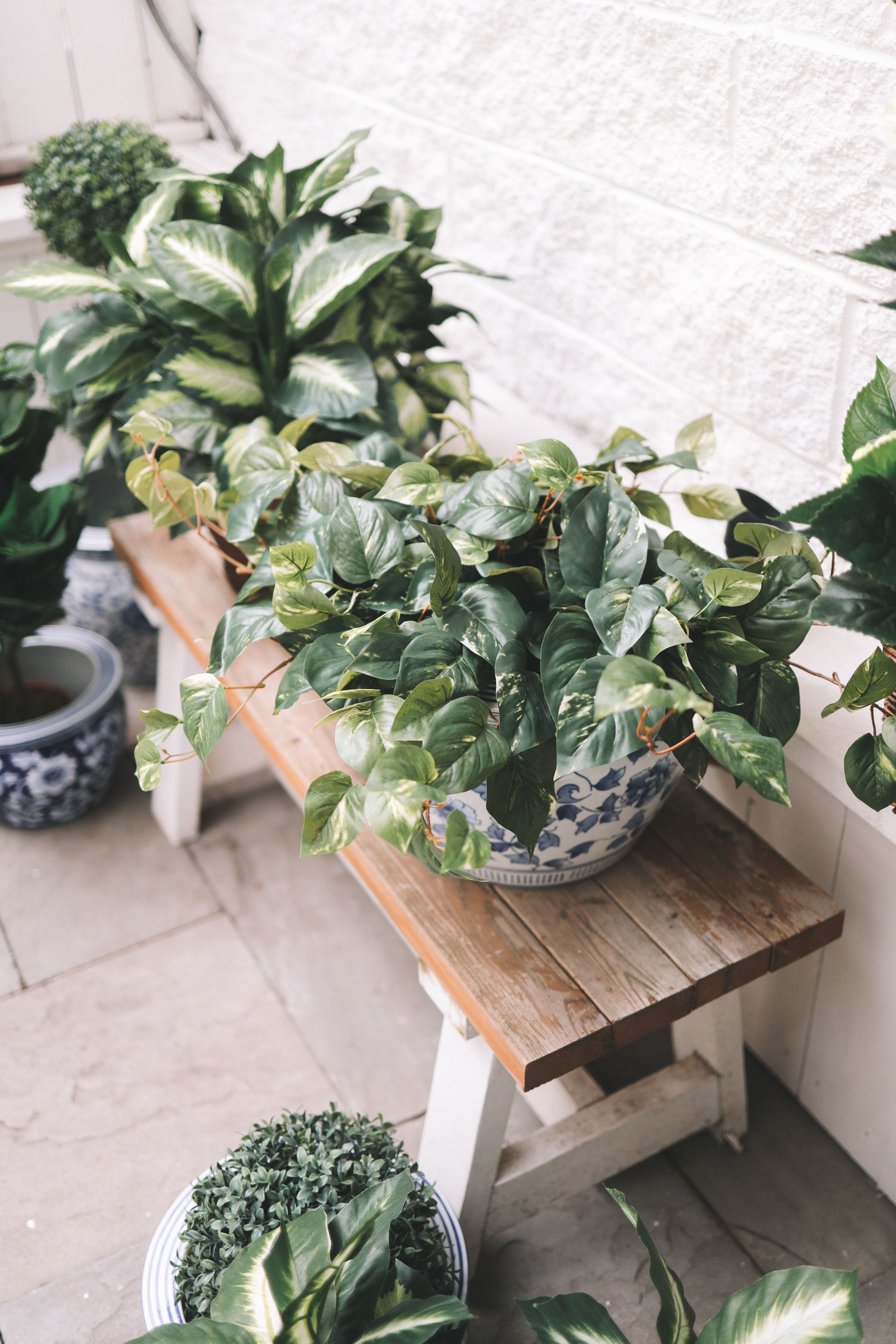 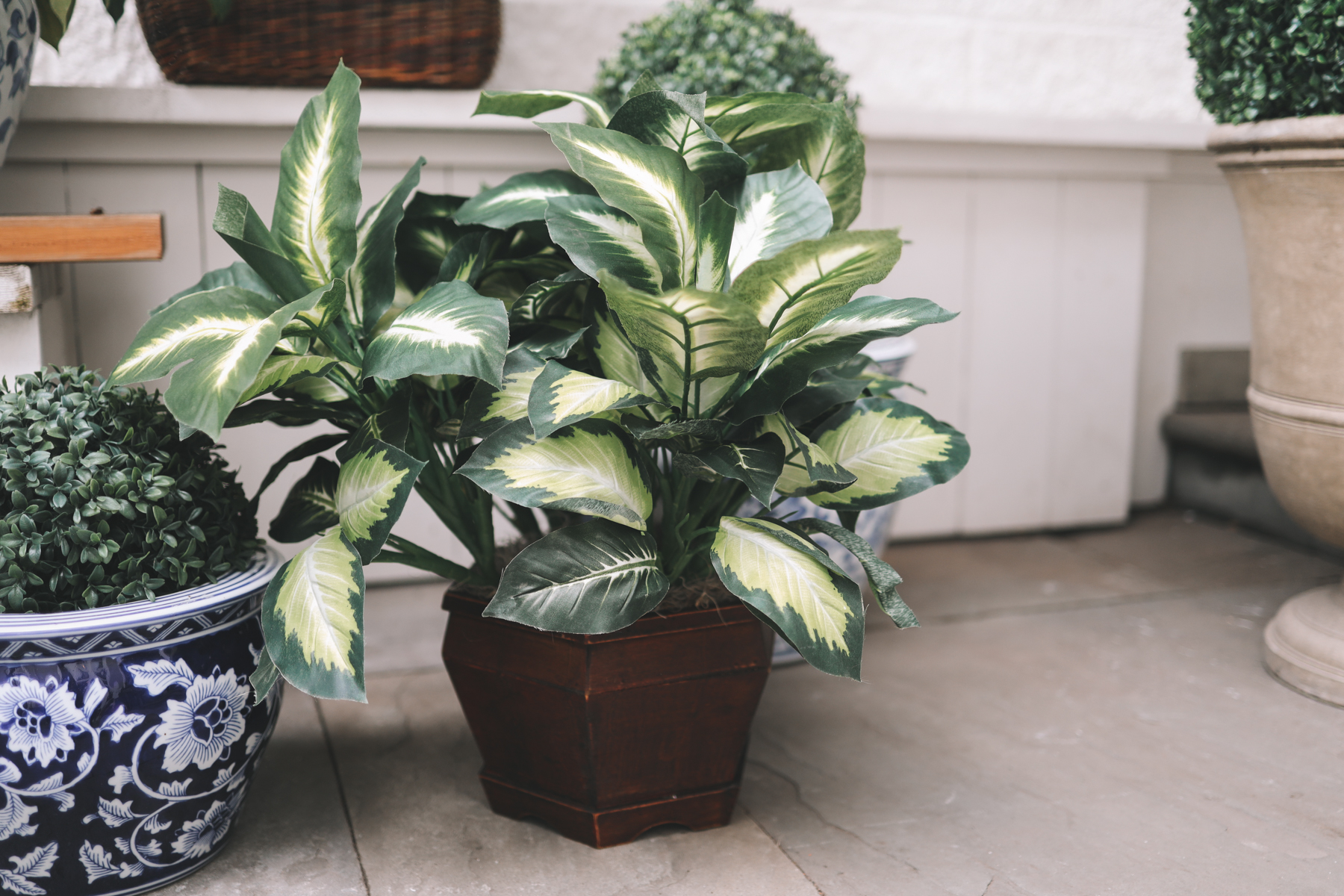 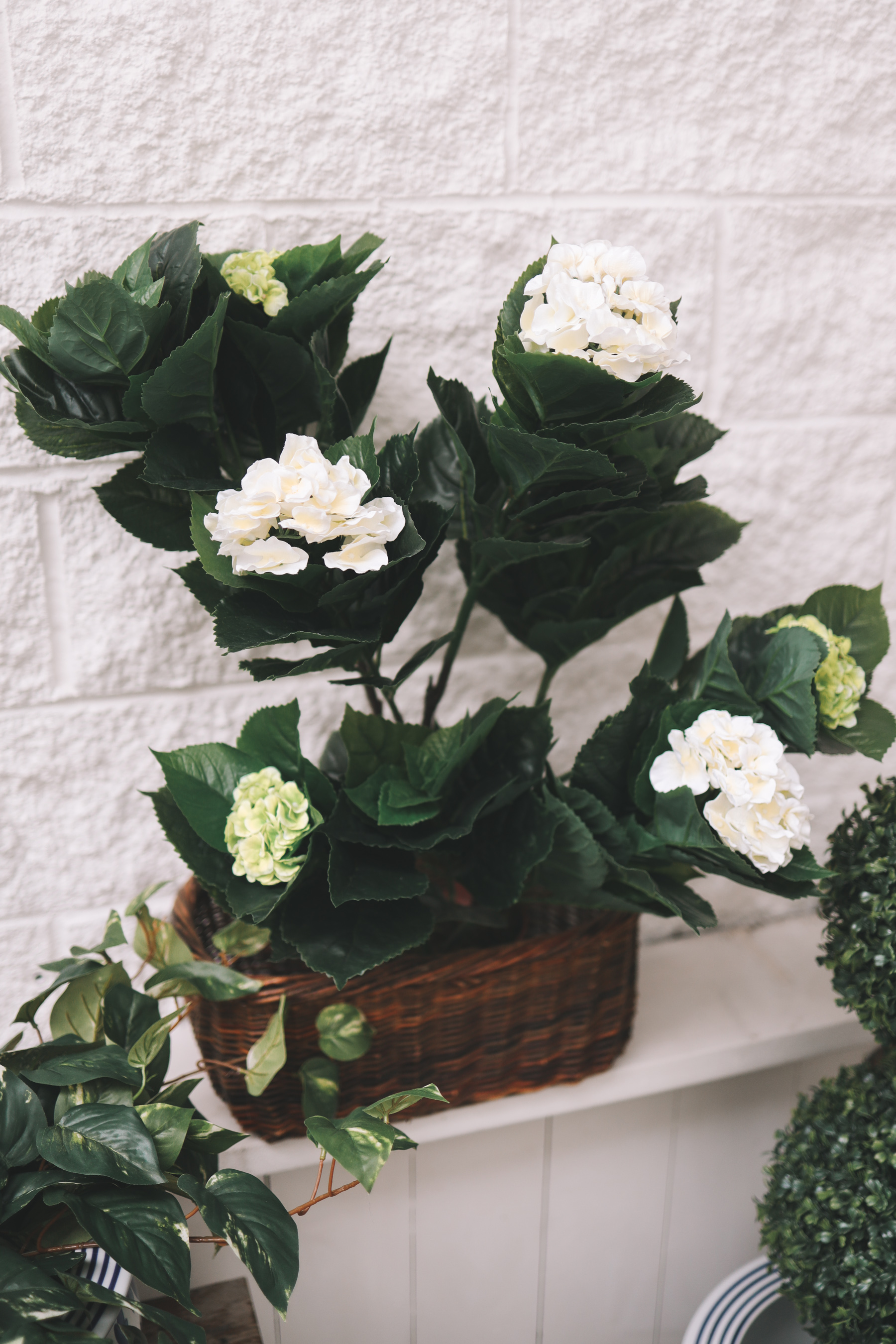 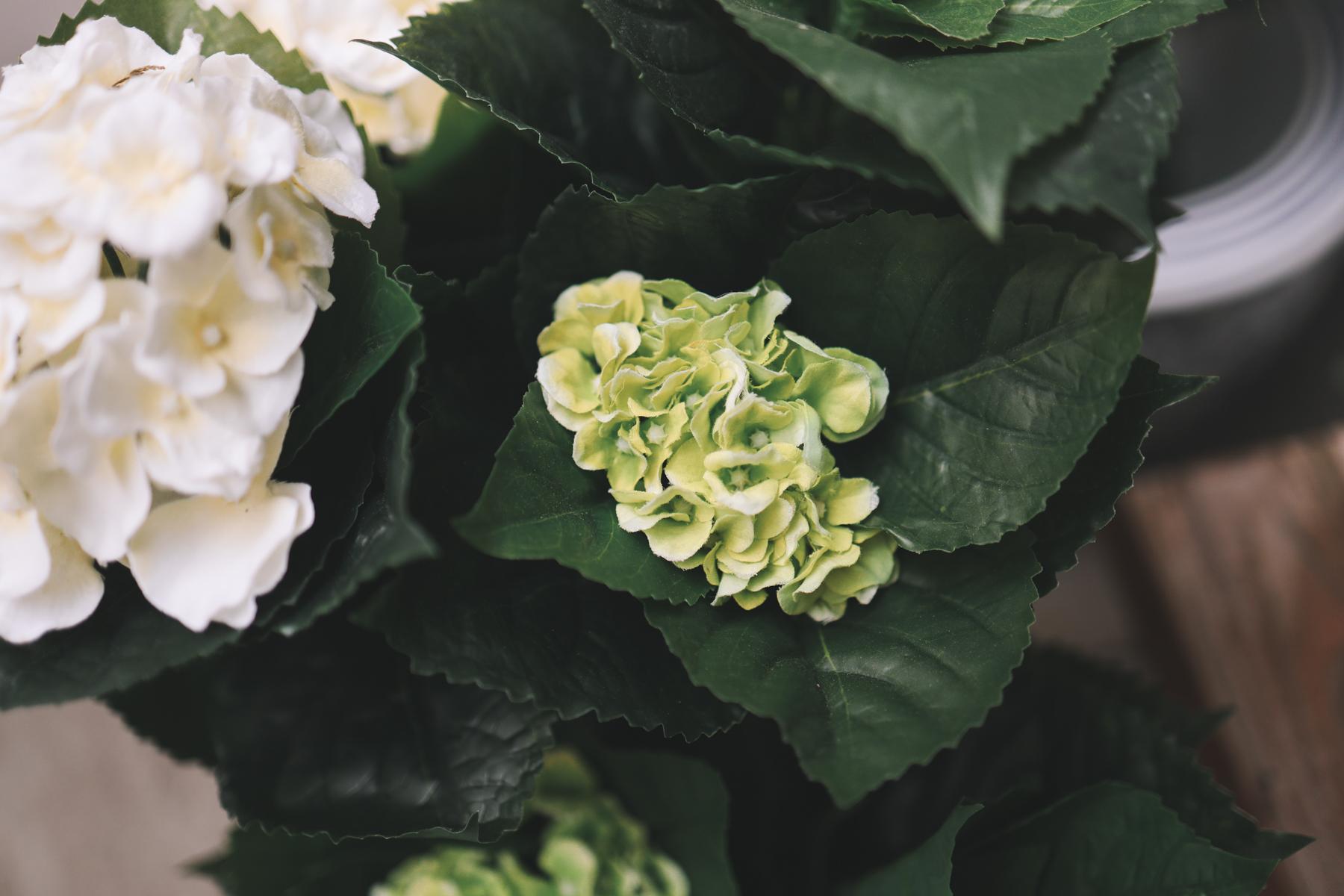 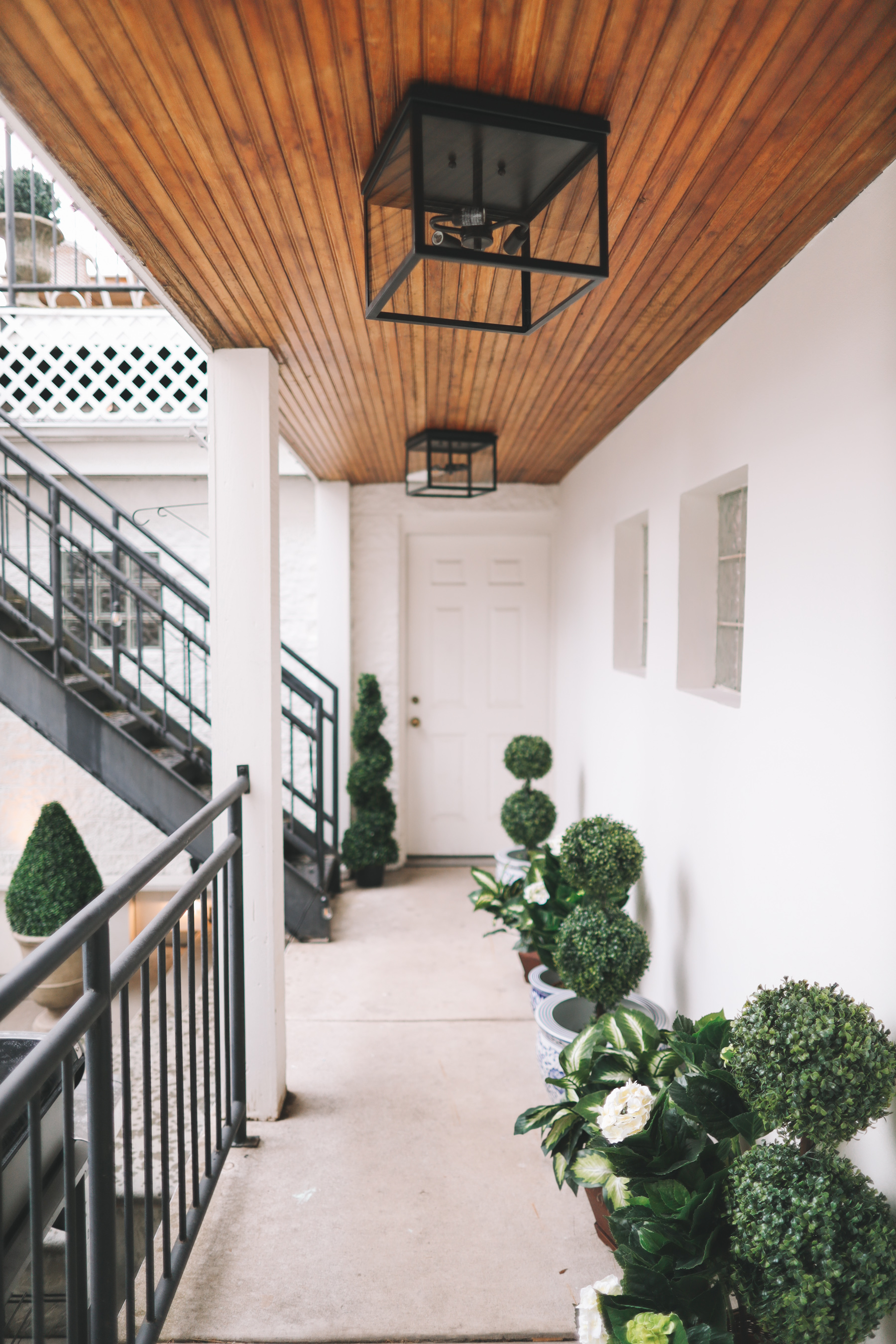 ^ Don’t mind this location for the plants, either. 😆

This post is sponsored by eBay; all opinions are my own. As always, thank you so, so much for supporting the partnerships that keep Kelly in the City up and running! 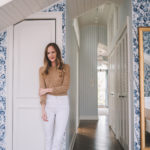