Fresh From the Field: Sweet Corn with Mitch 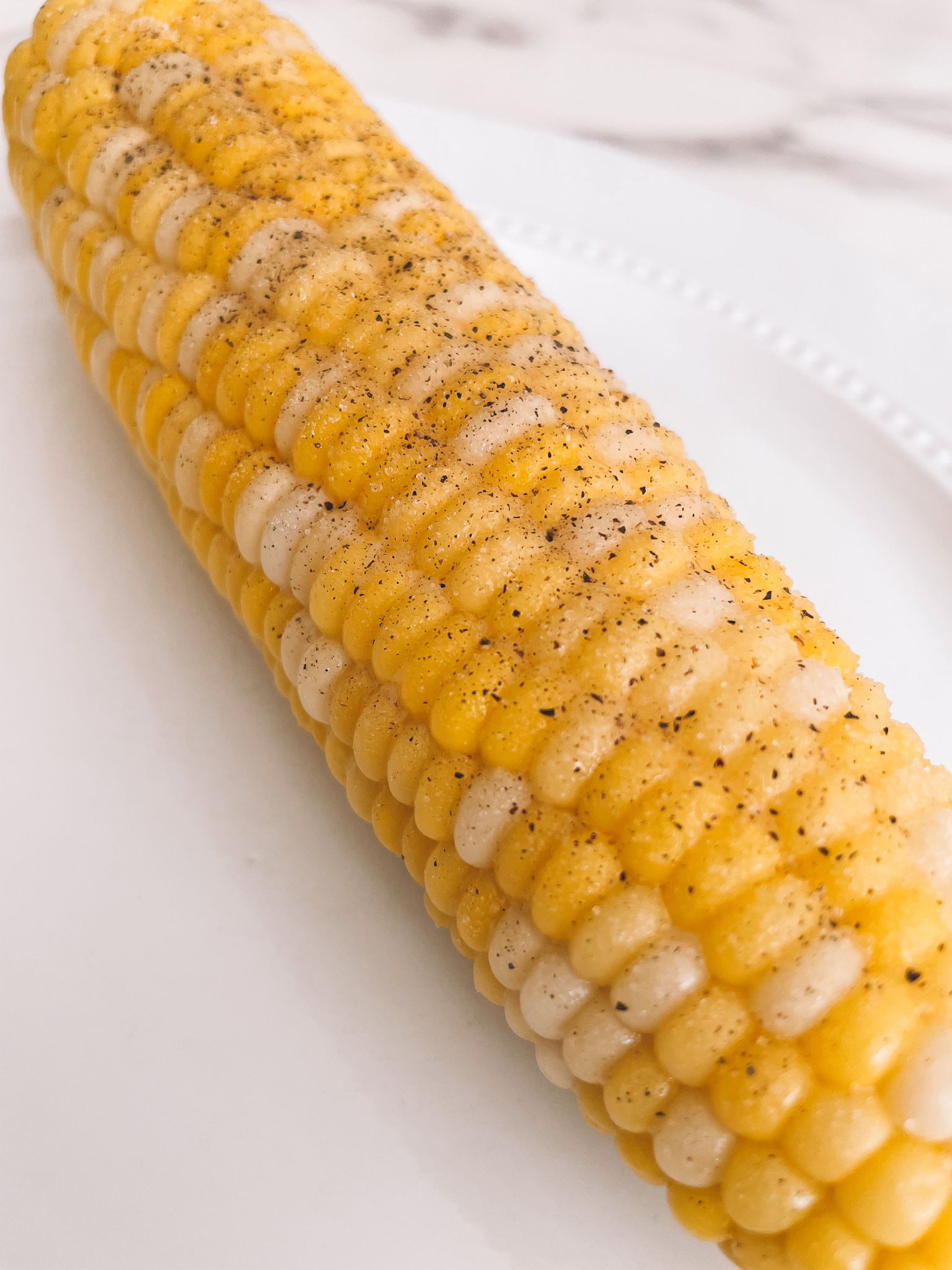 I come from corn people. I’m a sixth-generation corn grower—well, my brother is, at least—which means that my great-great-great-grandfather planted his corn seed in Central Illinois and my family has continued growing corn there ever since. Our farm is just a small portion of the nearly 92 million acres of cornfields surrounding me as I write this post.

I’m that corn-fed farmer’s son you’ve heard so much about, and I’ve got a secret to tell.

What few people understand outside of the corn-growing community is that there are two kinds of corn: field corn and sweet corn. Field corn gets harvested when it’s dry by giant machines which pluck it from the ground, strip it of its husk, knock the kernels from the cob, and dump it into an industrial process that results in corn syrup, corn starch, feed for livestock, and ethanol.

Sweet corn, on the other hand, gets harvested when it tastes good. It’s covered in an absurd amount of butter and then eaten by me to the tune of like four ears per meal. And you’re in luck! The time when sweet corn tastes good is now. Which means that you could be eating good sweet corn for dinner tonight. Even better, farmers’ market sweet corn costs about $0.10 per ear. So for about a buck, you can eat so much corn on the cob tonight that you’ll grow a tassel out the top of your head. Or butt. Only time will tell.

Farm-fresh sweet corn is super simple to prepare. First, put a large pot of unsalted water on to boil while you’re doing other things around the house. (Salted water tends to toughen the corn kernals so save the salt for later.) Next you shuck the corn—preferably outside to keep the mess to a minimum.

My wife kindly asked that I not make any shuckin’ jokes in this post because, and I quote, “It’s a family blog for shuck’s sake, you dumb mother shucker!”

So out of respect for her, I won’t do that. But you then boil the corn for 7-10 minutes before turning off the heat and letting it soak until the rest of your meal is ready.

And then just go wild with it. You can butter it up with salt and pepper. You can get a little nautical with some olive oil and Old Bay. You can drench it in mayonnaise and lime and cojita cheese if you’re feeling festive. Or go nuts with some pesto and bacon and Parmesan cheese. Just.be.yourself.

Unfortunately for all of us, the farm-fresh sweet corn season will expire in the end of September. Which is why I’m consuming an absolutely ridiculous amount of corn as quickly as I can, and encouraging you to do the same. I bought three dozen ears at the farmers’ market last week and I’m already all out.

I can’t believe Kelly is letting me publish this. She must be really tired.