Clean to the Bone 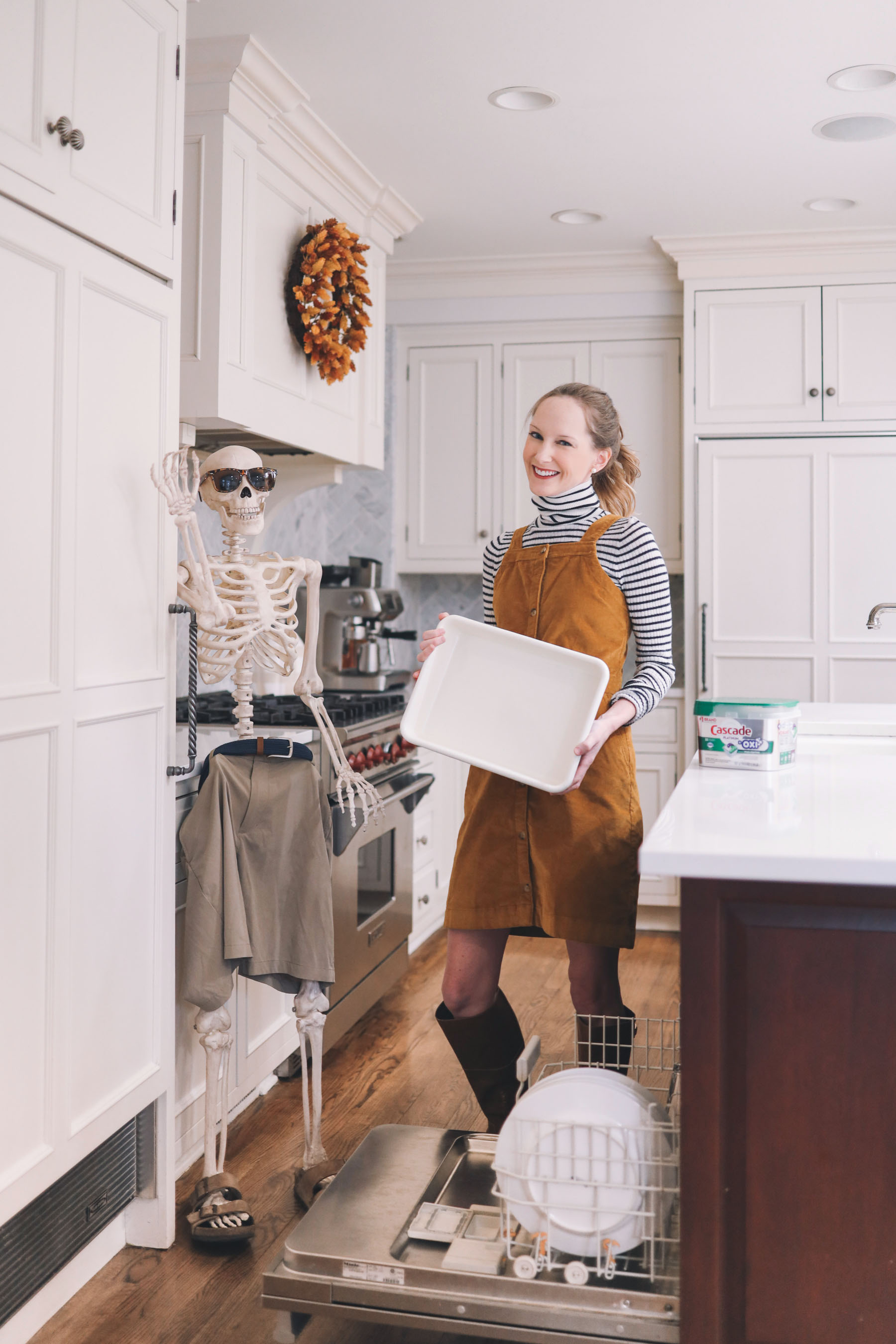 It’s time to stop working ourselves to the bone in the kitchen. (That was pretty *humerus,* no? 😉)

But let’s back up for a moment.

We’re the kind of couple who trades chores. I’ll trade you two dog walks for one bath time. I’ll clean the garage if you organize the coat closet. That kind of thing. But the all-time most “expensive” chore on our list is undoubtedly doing the dishes. I hate it. Kelly hates it.

Something had to change.

Just imagine for a second a day in the life of our family. From the minute a kid wakes up until the last kid falls asleep, it’s pure chaos. And the madness has been exacerbated by everything that is 2020. Every single dish, bowl and glass that’s used in that timeframe winds up piled in and around the sink—if we’re lucky. And in that first moment of blissful quiet around 7:30 p.m., the last thing either of us wants to do is start rinsing dishes and shoving them in the dishwasher only to pull them out a few hours later to find that half of them aren’t even that clean.

That is until we found Cascade Platinum + Oxi. This stuff just works, and through this partnership, it’s been wild hearing how many friends, family members and readers swear by it, too. We’re talkin’ no pre-rinsing, no film or residue, and most importantly, a truly hygienic, deeply clean dish that goes right into the cupboard to rest until the next chaotic day. It’s magic. (Click here to learn more!)

Cascade Platinum + Oxi removed pesky old stains from dishes we’d given up on. But even more surprisingly, it takes care of 99 percent of the invisible stains that make dishes feel or even worse smell dirty. And that’s because every ActionPac has ingredients that break down starch and proteins from stuck-on food and leftover grease.

We’re insanely confident when I do the dishes now (and yes, we realize how ridiculous that sounds), and seeing all our dishes in little hygienic piles gives us great joy. With a Cascade Platinum + Oxi action pack in hand, we’ve now started trading up to get “dish duty”—which has thrown the whole chore market economy into a tailspin.

The images you see in the post come from a new series we’re running called “There’s a Spooky Skeleton in All of Us.” All jokes aside, we were being worked to the bone, and frankly, we needed the vacation!

Last night’s meal involved our (Mitch’s) famous baked macaroni and cheese which is great because someone could also use some meat on his bones. This intermittent fasting thing caught up to him QUICK!

Anyway, we should probably go. Thanks to Cascade for making tonight’s dishes a cinch. We’ll be on the couch ignoring the rest of our mess of a house until it’s late enough to call it a night. 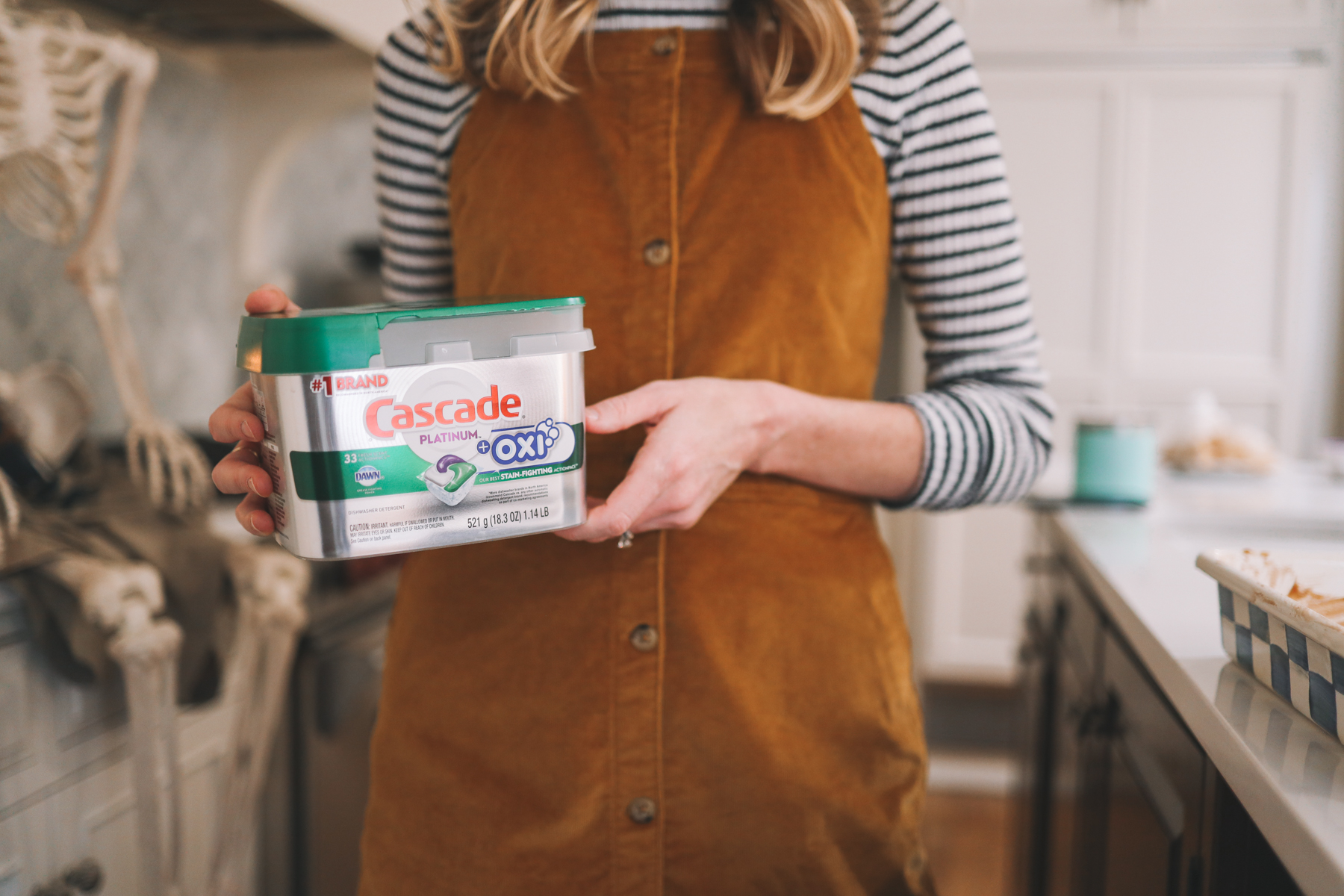 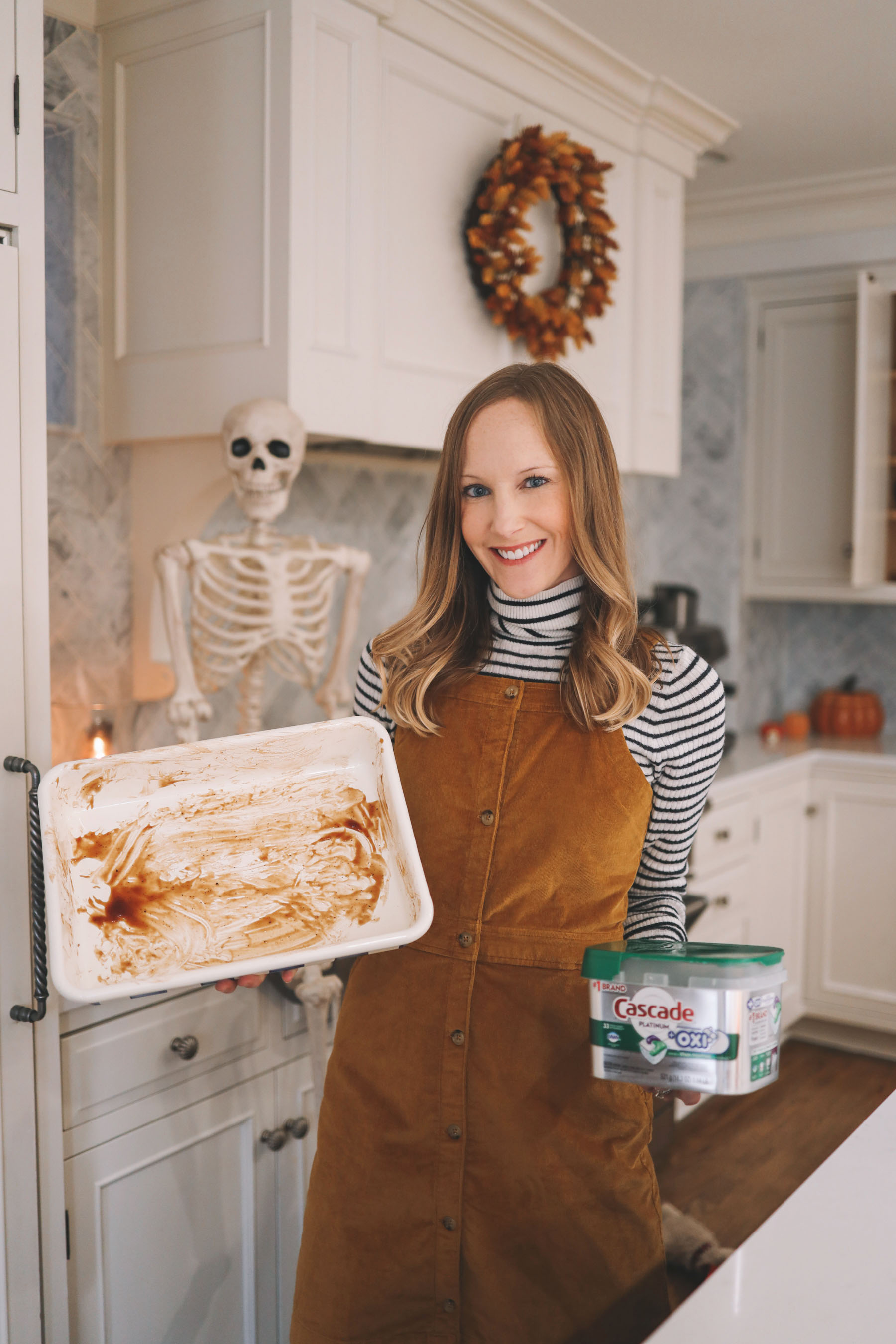 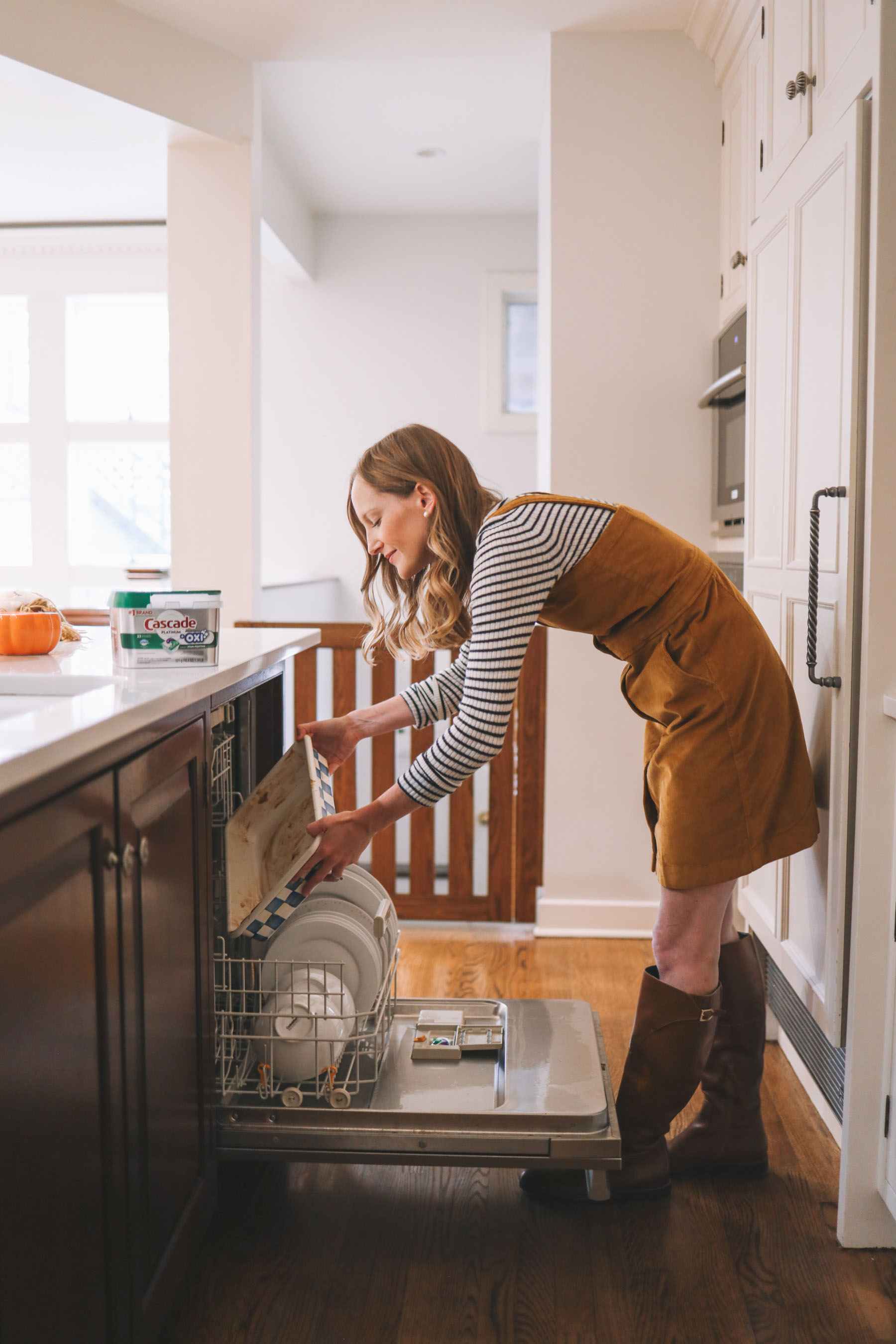 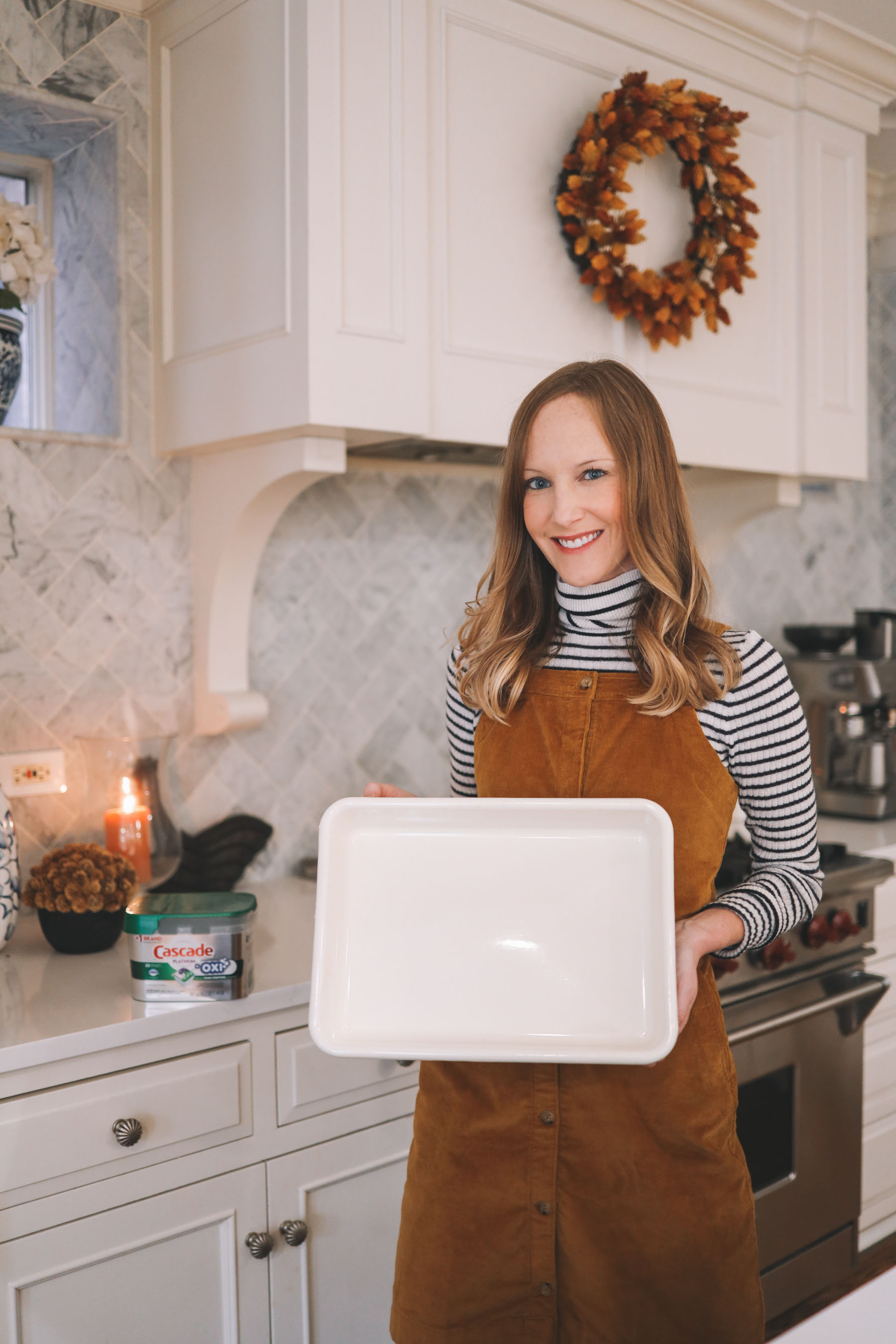 This post is sponsored by Cascade®, but all opinions are my own and Platinum + Oxi really is that good. ;) As always, thank you so, so much for supporting the partnerships that keep Kelly in the City up and running! 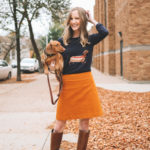