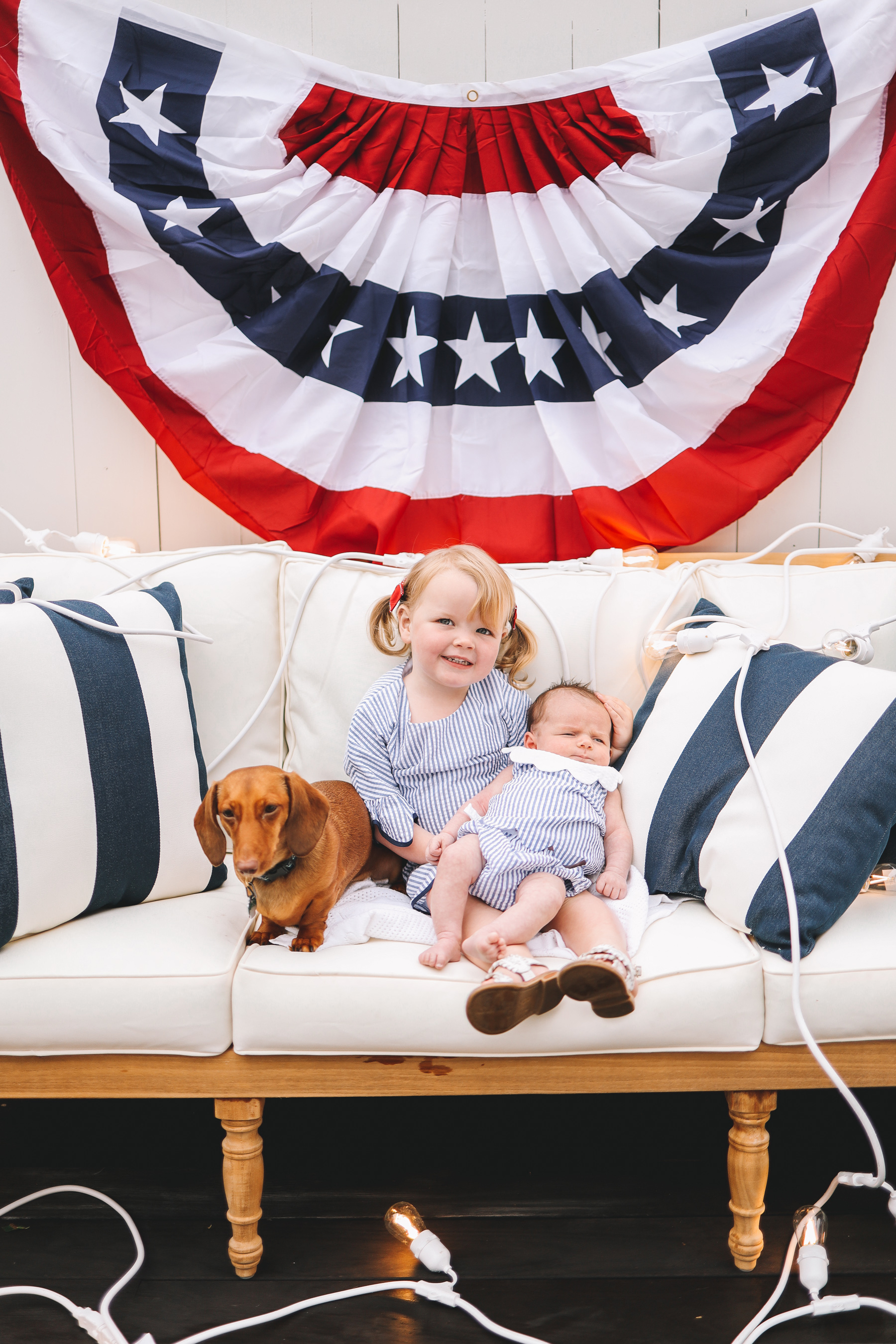 I’d say it’s about time for a “Noodle update,” huh? First, she’s alive. Second, she appreciates your concern. Third, she’s adjusting to life with Lucy just fine. Well, Noodle never really adjusted to life at all, but Lucy hasn’t changed that fact. You see, Noodle has some issues…

But let’s start at the beginning. I had big plans when Noodle joined our family. I pictured long family walks around Chicago with her, trips to the dog park, and swimming at Montrose Dog Beach. Also, I dreamt of Noodle as my Constant Canine Companion; one of those dogs you see patiently waiting for their owners at the coffee shop or whatever.

But Noodle is not that dog at all. She’s different. She hates walks and going outside in general. (Believe me: she much prefers to go inside, if you know what I mean. 😂) And despite spending her whole life in the city, she’s terrified of nearly everything the city has to offer. And the sounds of the city? Even worse. Squeaky wheels, booming trucks, jack hammers, doorbells, knocking mailmen, thunder, airplanes and the dreaded L train all send her into fits of hysterics or fleeing for safety. (Usually under the couch or behind the toilet in the powder room.)

The background here is that Noodle had a baby gate dropped on her back when she was a tiny puppy still living at the breeder’s, and according to our incredibly caring vet, it likely traumatized and deeply impacted her. That incident, combined with the quirks that normally come along with dachshunds as a breed, has made for a tough situation. (Just read Kelly’s very honest piece about life with Noodle!) Since the beginning, though, we’ve worked with our vet to find ways to calm her down and help her enjoy her life. We’ve tried lots of different training techniques, routines, and even medications. But much to our dismay, each and every thing we’ve tried has failed. I think Noodle might be more terrified of the world now than she was when she first joined our family. 😔

We’re excited to partner with Zoetis, the world’s largest animal health company, as word of Noodle’s condition found them and they offered a possible solution to help her out. Nearly two thirds of dogs experience noise aversion*, and apparently, a dog’s experience during one of these events is similar to a person’s experience during a panic attack. Noodle exhibits all the symptoms: trembling, hiding, barking, abnormal clinginess and hyper vigilance. Luckily, though, Zoetis distributes Sileo® (dexmedetomidine oromucosal gel), a medication for dogs like Noodle whose lives are dictated by this problem.

Sileo is the first FDA-approved prescription medication for dogs with noise aversion problems. It’s easily applied to the gums and can be used to “spot treat” stressful, noisy events. Sileo calms Noodle without knocking her out and it can be re-applied with a minimum of two hours between doses. Thunder incoming? It’s a Sileo day. Air Show in town? Sileo time. Fourth of July? More on this below.

After chatting with Zoetis, I immediately made an appointment at our vet to discuss.

Our veterinarian diagnosed Noodle with canine noise aversion which we were surprised to learn is a serious medical condition. The appointment just so happened to coincide with one of Chicago’s famous summer storms that included a ton of thunder, and Noodle was freaking out. She was trembling as we entered the office and hid under my chair the whole time. Our vet’s decision? Let’s give Sileo a try!

And I’m happy to report that Sileo has been helping Noodle to enjoy her life more! With the medicine’s help, we’ve taken some epic family walks this summer, and Noodle can even venture past the L tracks now. We’ve found two new dog parks in the neighborhood and Noodle can more confidently handle the noisy trucks driving by as we walk down the street. Her aversion to noise has not disappeared; she’ll always be skittish. But she’s much better when we administer the medicine.

An added bonus is that we’re now planning on bringing Noodle with us to my family’s Fourth of July celebration at the lake instead of putting her in the kennel. I can’t tell you how happy it makes me to know that instead of cowering inside, terrified of the fireworks, she’ll be out rolling in the grass, swimming in the lake with Emma, and doing all the things that make her happy.

If you think your dog might suffer from noise aversion, take this quiz and talk to your veterinarian about it.

*Based on online survey conducted by Harris Poll on behalf of Zoetis in November 2013 among 784 dog owners. 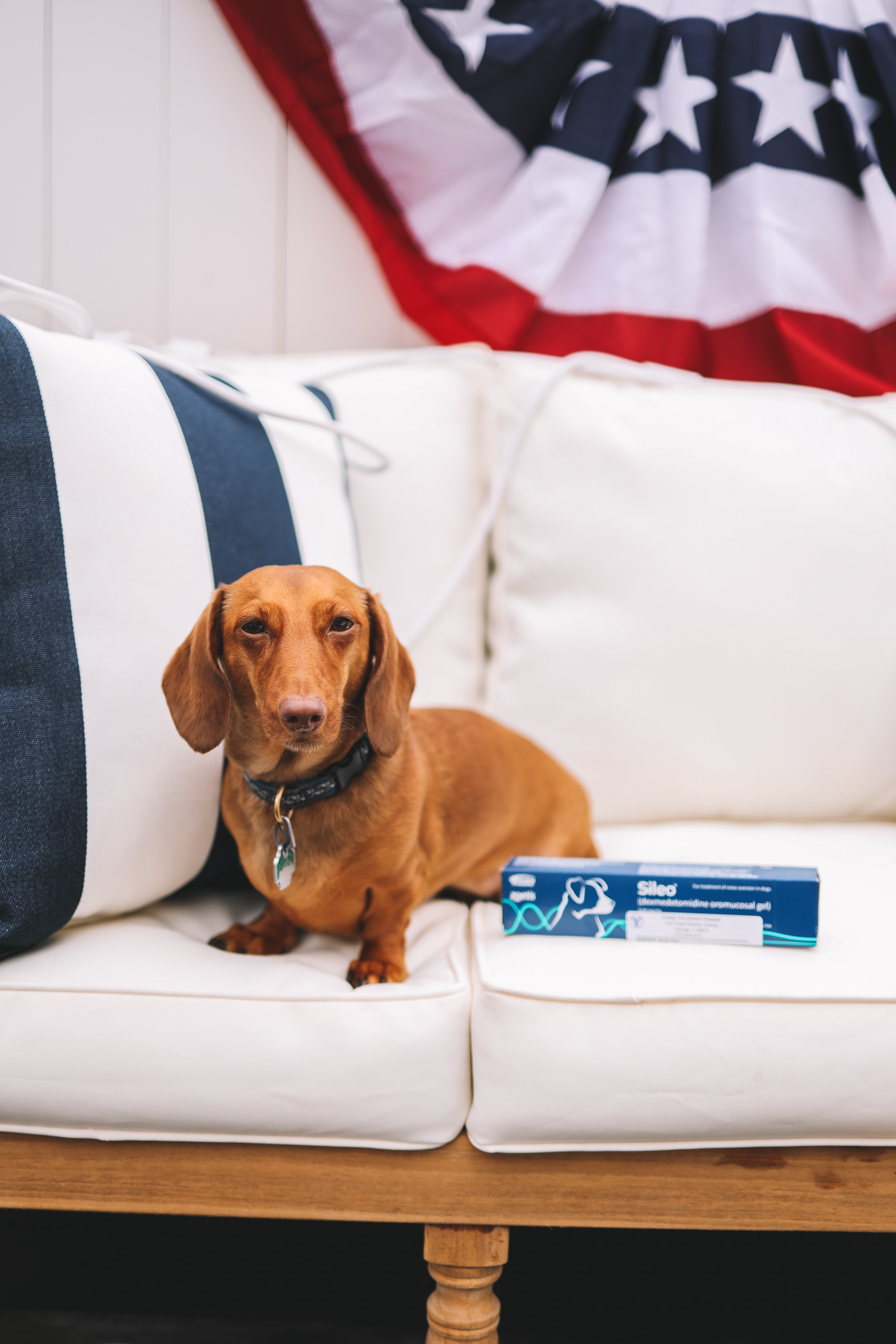 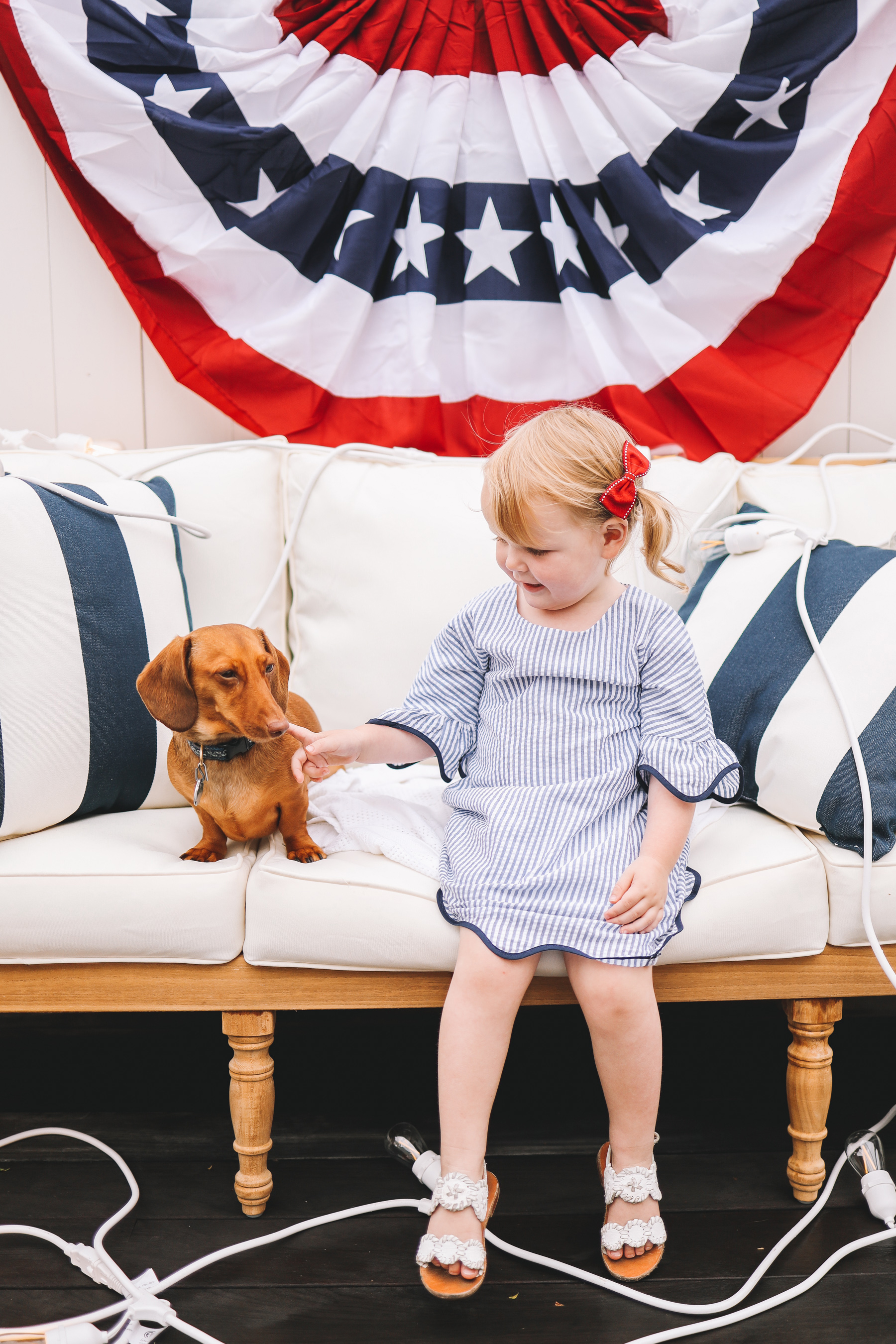 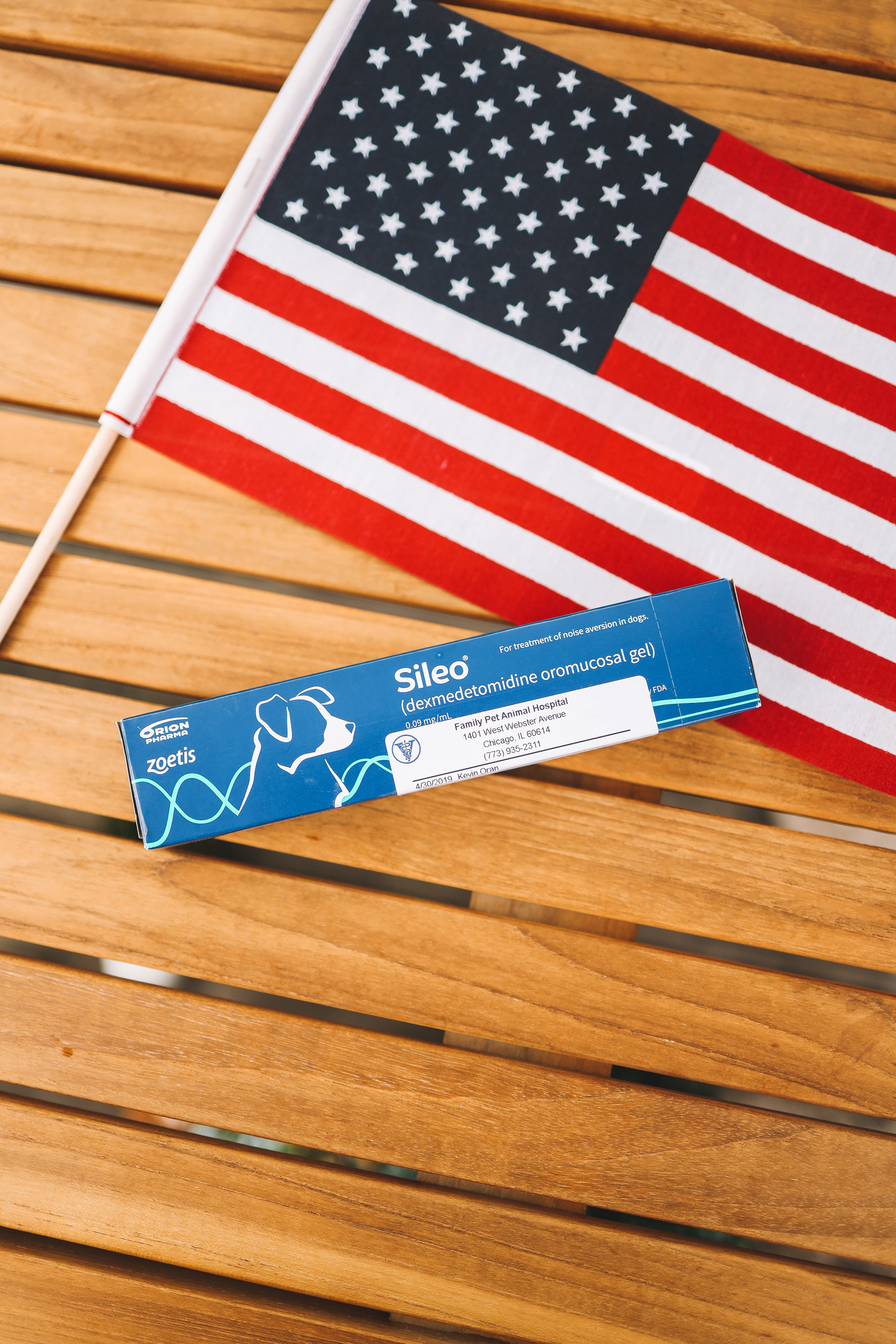 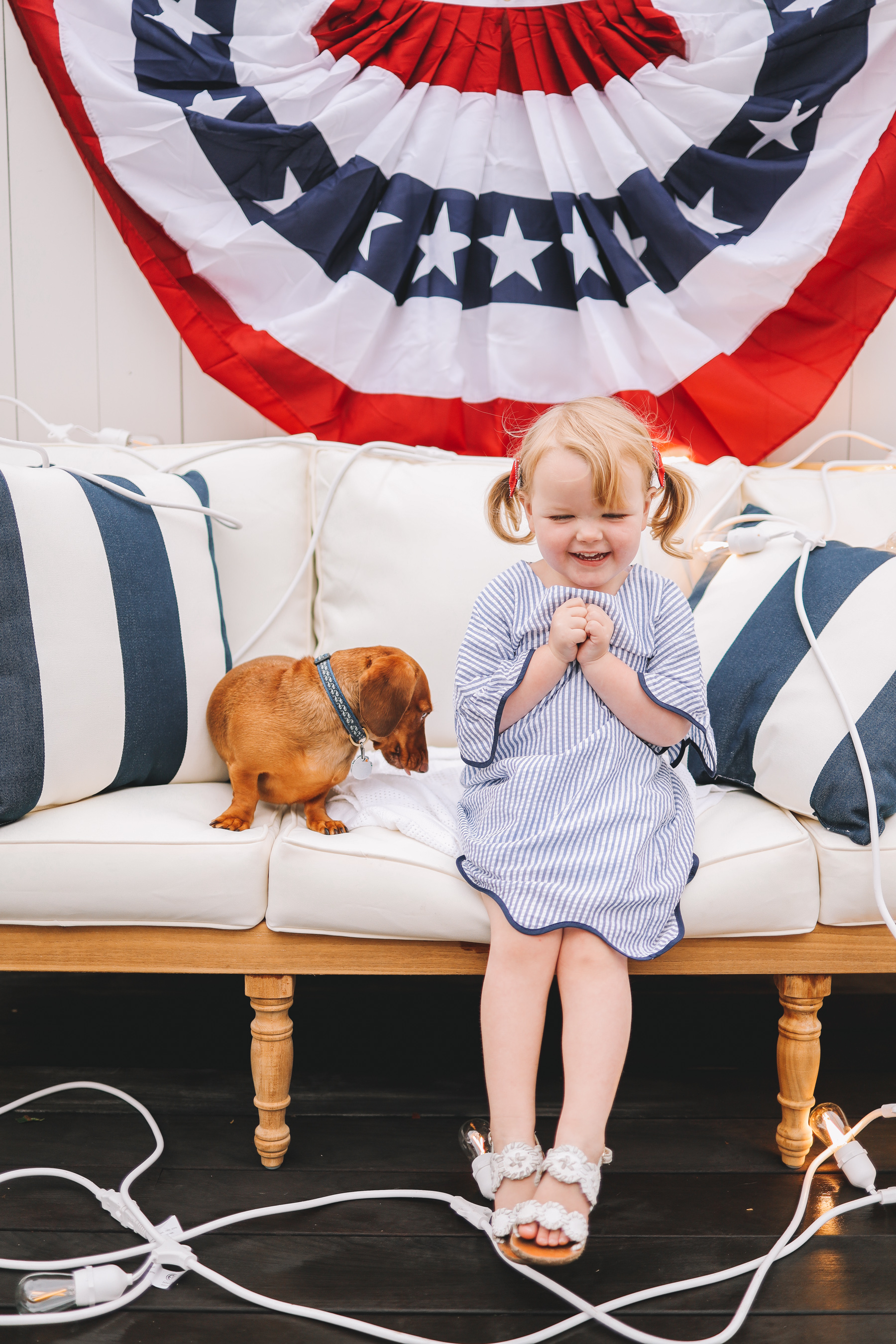 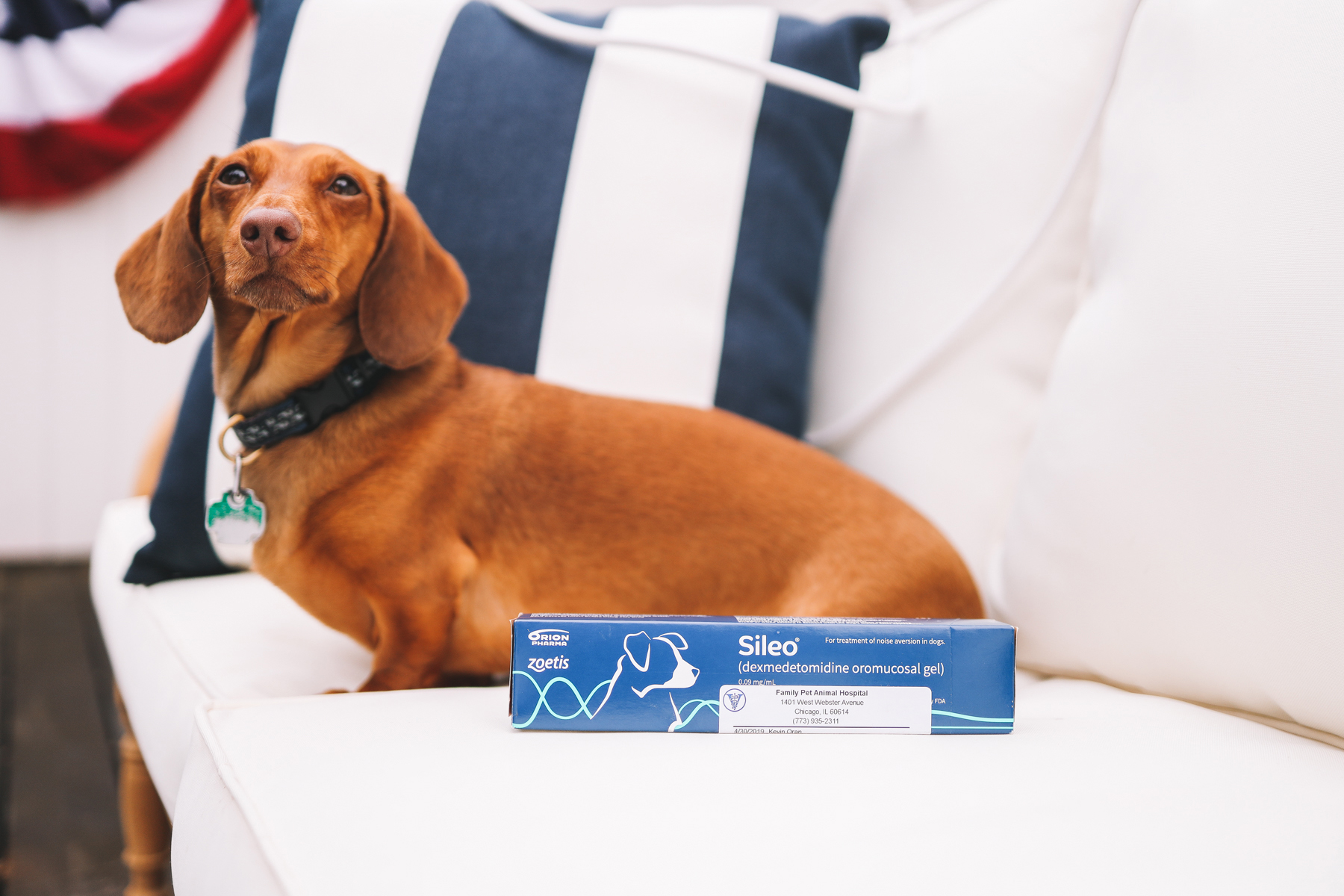 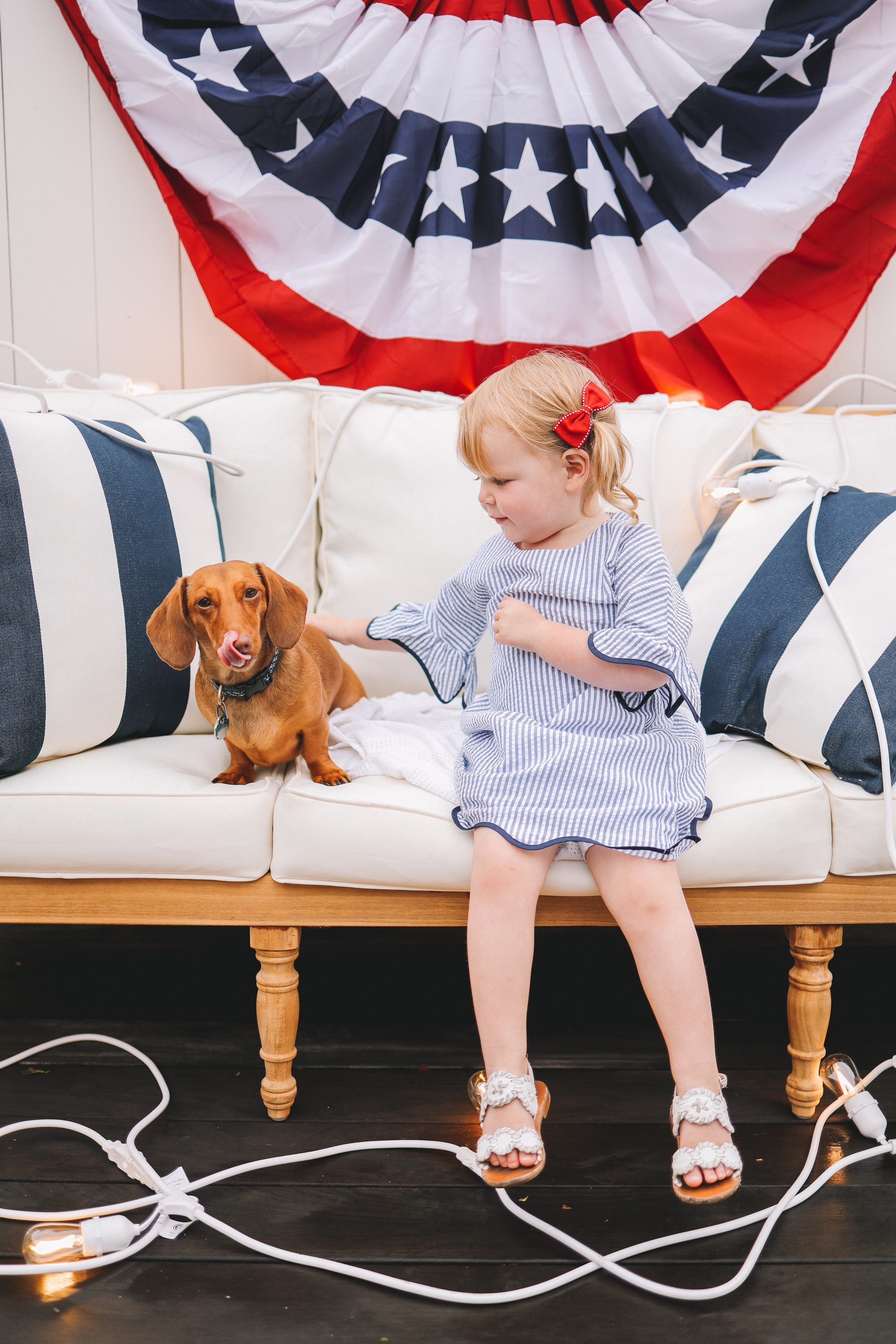 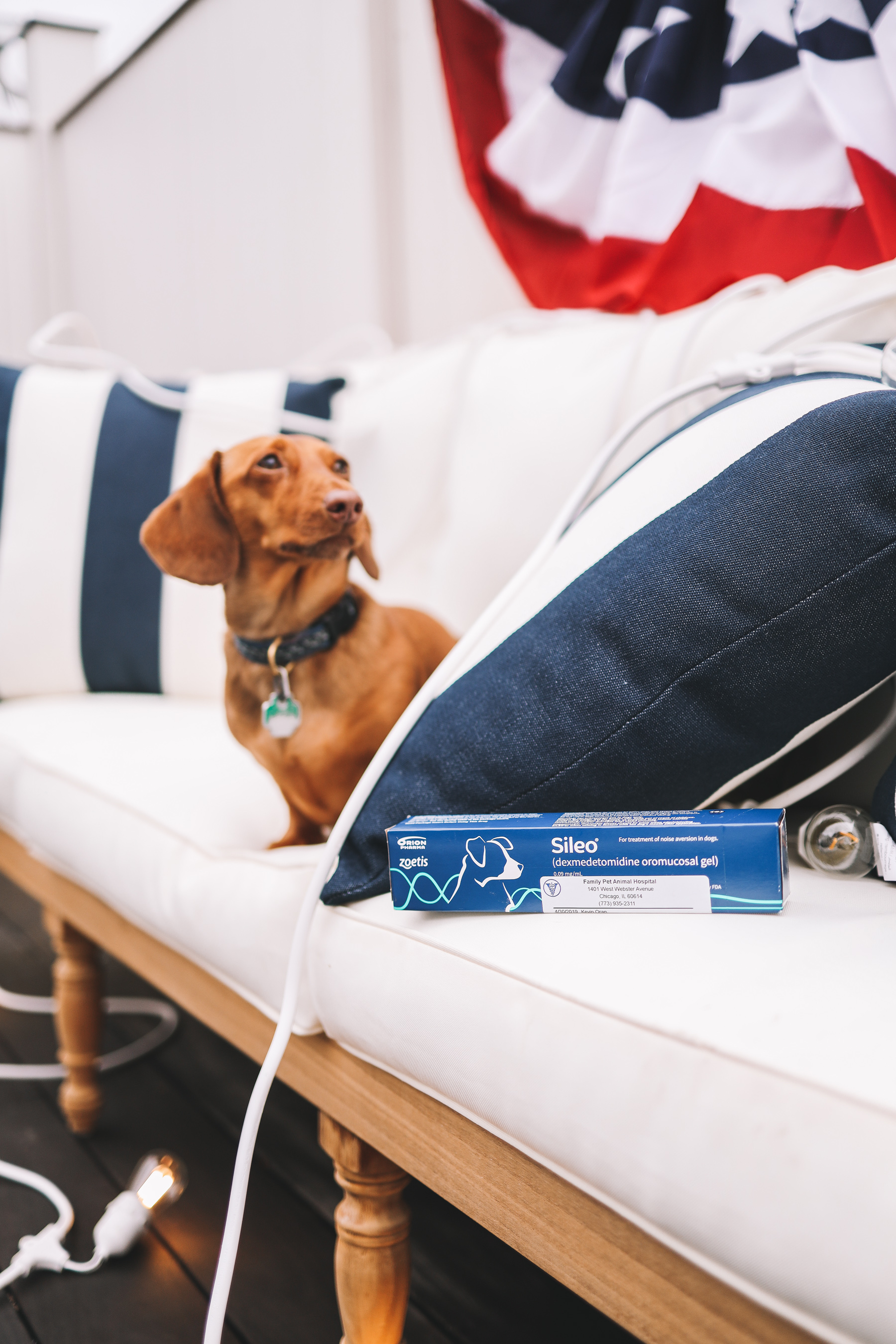 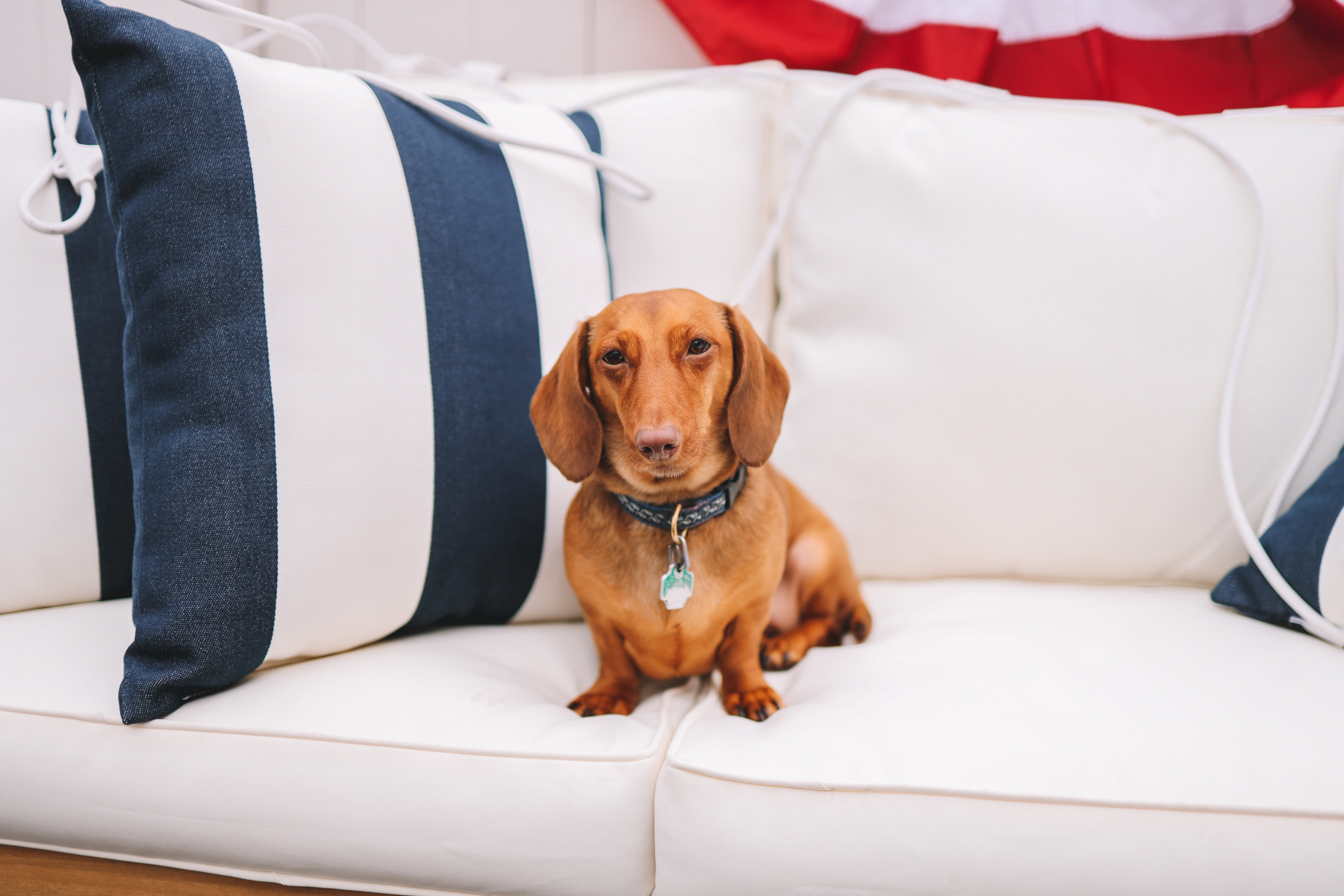 In collaboration with Zoetis but all opinions are my own. As always, thank you so much for supporting the partnerships that keep Kelly in the City up and running!

IMPORTANT SAFETY INFORMATION: Do not use SILEO in dogs with severe cardiovascular disease, respiratory, liver or kidney diseases, or in conditions of shock, severe debilitation, or stress due to extreme heat, cold or fatigue or in dogs hypersensitive to dexmedetomidine or to any of the excipients. SILEO should not be administered in the presence of preexisting hypotension, hypoxia, or bradycardia. Do not use in dogs sedated from previous dosing. SILEO has not been evaluated in dogs younger than 16 weeks of age or in dogs with dental or gingival disease that could have an effect on the absorption of SILEO. SILEO has not been evaluated for use in breeding, pregnant, or lactating dogs or for aversion behaviors to thunderstorms. Transient pale mucous membranes at the site of application may occur with SILEO use. Other uncommon adverse reactions included emesis, drowsiness or sedation. Handlers should avoid direct exposure of SILEO to their skin, eyes or mouth. Failure to lock the ring-stop on the syringe before dosing SILEO could potentially lead to an accidental overdose. Always review INSTRUCTIONS FOR USE before dispensing and dosing. See full Prescribing Information: https://bit.ly/2FCeyP8 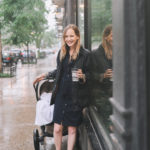