Do You Save Sentimental Stuff? 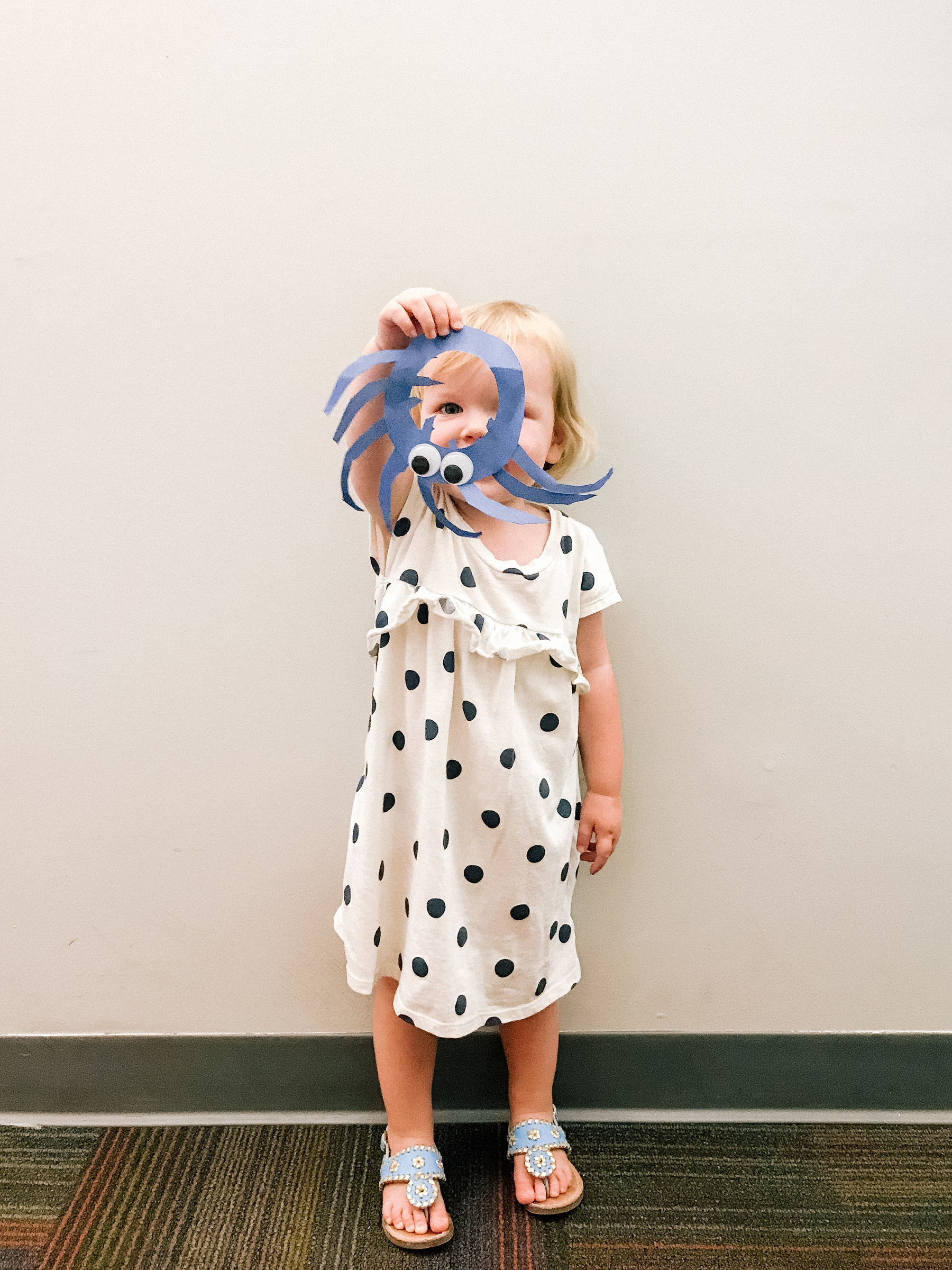 My parents have three huge storage tubs in their suburban basement: one for each kid, all filled to the brim with artwork we created throughout childhood. When I was in middle and high school, I used to go through my tub from time to time, fondly remembering the good old days. Days when macaroni pieces glued to construction paper were true masterpieces; days when animals created from handprints made it to the fridge–the highest form of praise; days when I couldn’t wait to get off the bus and show Mom my latest work.

And now Emma‘s doing the same thing. She’s only been consistently going to her Pee-Wee program for about a month at this point, but our fridge is already covered in artwork. It’s adorable. I mean, the letter “M” that’s made to look like a mouse? The “What I like to wear” piece? The octopus?! I can’t, haha.

Last week, Mitch suggested we clear off the fridge since we’d run out of real estate. When I was a kid, my parents moved our artwork from the fridge, too–but usually just to the giant bulletin board. (We lived in a teeny-tiny one-bathroom house on Long Island, but the previous owner had been a producer or something, and he’d installed a gigantic movie screen in the basement, which we promptly stuck hundreds of thumbtacks into. 🙈) The Larkins, however, do not have a giant bulletin board… and therefore I knew Emma’s stuff was going straight into a storage tub–or the trash.

Over the last few years, we’ve tried really hard to live a more minimalistic lifestyle. Of course, it’s been challenging with parenthood and the blog; the sheer number of packages that arrive every day and the overwhelming amount of “necessary” baby stuff seem to beg for a life of clutter. But we purge, donate and sell often, and we stay on top of it as best we can.

Storing Emma’s artwork in a tub–or, let’s be serious: multiple tubs, eventually–went against all of this. Was there any real benefit in saving it? Years down the line, would any of us actually go down into the storage area, wanting to touch and feel that umbrella made from half of a paper plate? Or would the tubs simply sit there, collecting dust?

On the other hand, were we awful parents if we tossed our kid’s artwork? Would we regret it? Would Emma one day ask for it and respond with a look of horror when we told her the truth?! Would I, later on, want that umbrella more than anything?!

A few years ago when Mitch’s parents were moving, they told him that he needed to clean out his childhood bedroom. They were happy to transport and store the “special stuff,” but there was a lot, and he needed to pare it down. So over Thanksgiving, Mitch and I sat on the floor, surrounded by bins and drawers and garbage bags… and we went through everything. It was like we’d opened a time capsule. The guy had saved everything, and there were boxes upon boxes of ticket stubs, letters, photos and other trinkets. Anything that was vaguely meaningful, and he had it.

My first reaction was that of great affection. I loved that he appreciated the moments so much that he wanted keepsakes to help him remember them. (Further confirmation that I’d married a truly good soul.) And my second reaction was that of jealousy. Of the numerous love notes, yes. 😂 But more so of his ability to look back on his life in such a way. If I’d kept more, would I be able to recall more?

In the end, we trashed most of it, haha. Mitch seemed a little taken aback by how quick I was to toss the mementos, and I didn’t blame him. First, though, they weren’t my memories, making it far easier for me to get rid of ’em. (Same reason it’s easier to clean out your closet with a friend! You’ll be like, “Awwww. But I wore this on my first date with so-and-so!” Or “But I used to wear that all the time!” And your friend will be like, “Yeah, but it’s a pleather mini dress. BYE.”) Second, I’d moved more times than I could count, and therefore was tasked with the clean-out job on the reg. I’d grown to be ruthless.

I have to admit that I like that my parents still have my tub in their basement, and that Mitch’s parents have a tub with his “special stuff,” too. (They also have a few pieces of his art that they had matted and framed, and they remain on their walls, even in the new house!) And I loved listening to Mitch’s stories that came along with each one of his little knickknacks that day when we sat on his bedroom floor. That experience stuck with me, and I’d like to be able to do that with Emma one day. Not just with her artwork; with lots of things–but in a more organized way that’s more conducive to city living.

A couple of days ago, we decided against keeping Emma’s physical artwork.

A shocking twist, right?! Instead, we’re now cleaning off the fridge whenever it becomes crowded, and taking photos of the favorites with our iPhones and saving them in a folder labeled “Emma 2018-2019.” We’ll cull the photos with a more discerning eye at the end of the year, and then have a nice book printed, probably through Miller’s Professional Imaging Lab, which I started using when I had a wedding photography company. (MPix is their commercial photo lab. It doesn’t require approval, and I highly recommend it. The quality is incredible, and books ship within 1-2 days!)

I’m so excited about idea. Our thought is that our family will likely look at the books far more often than we’d go through tubs in our storage area, anyway. And I love that as the years pass, the books’ contents will change and mature… and maybe one day, they’ll will be filled with photos of her favorite math or science projects… or perhaps her photography or creative writing. Whatever she loves and is passionate about.

Of course, I’ve started lots of projects like this only to abandon them when life gets busy or the world changes. I mean, open Emma’s baby book and you’ll see approximately two pages completed. But I want to try, at least, to preserve some things. Because I think there is some value in that.

Author Mary Townsend has a different point of view. She says:

“It’s the wish to prolong this moment artificially, I think, that motivates the urge to keep and curate your children’s art for posterity. You convince yourself there’s some future where your child will want to return to that moment of pride and love through the act of witnessing the thing she made so long ago.

Don’t fall for it. You’re only trying to make yourself feel better. You’ll never quite be able to tell which moment your children will remember, and it’s not as if you can regulate that memory on their behalf anyway. And besides, childhood is made from a thousand moments just like this. There’s no way to hold on to all of them.”

Though harsh, maybe Townsend is right. It’s not lost on me that this project is probably more for myself than for Emma.

…but that’s okay, right? Does it even matter? Are these books really going to harm anyone?

Anyway, I’d love to hear what you guys think about this. Because the concept of preservation applies to so much more than just kids’ artwork; we’re all constantly faced with decisions about whether to keep or toss. And it’s tough! We yearn to own fewer possessions, yet as humans, we also want to preserve and remember.

How do you handle this in your everyday life? Do you fall under one of the extremes or somewhere in the middle? 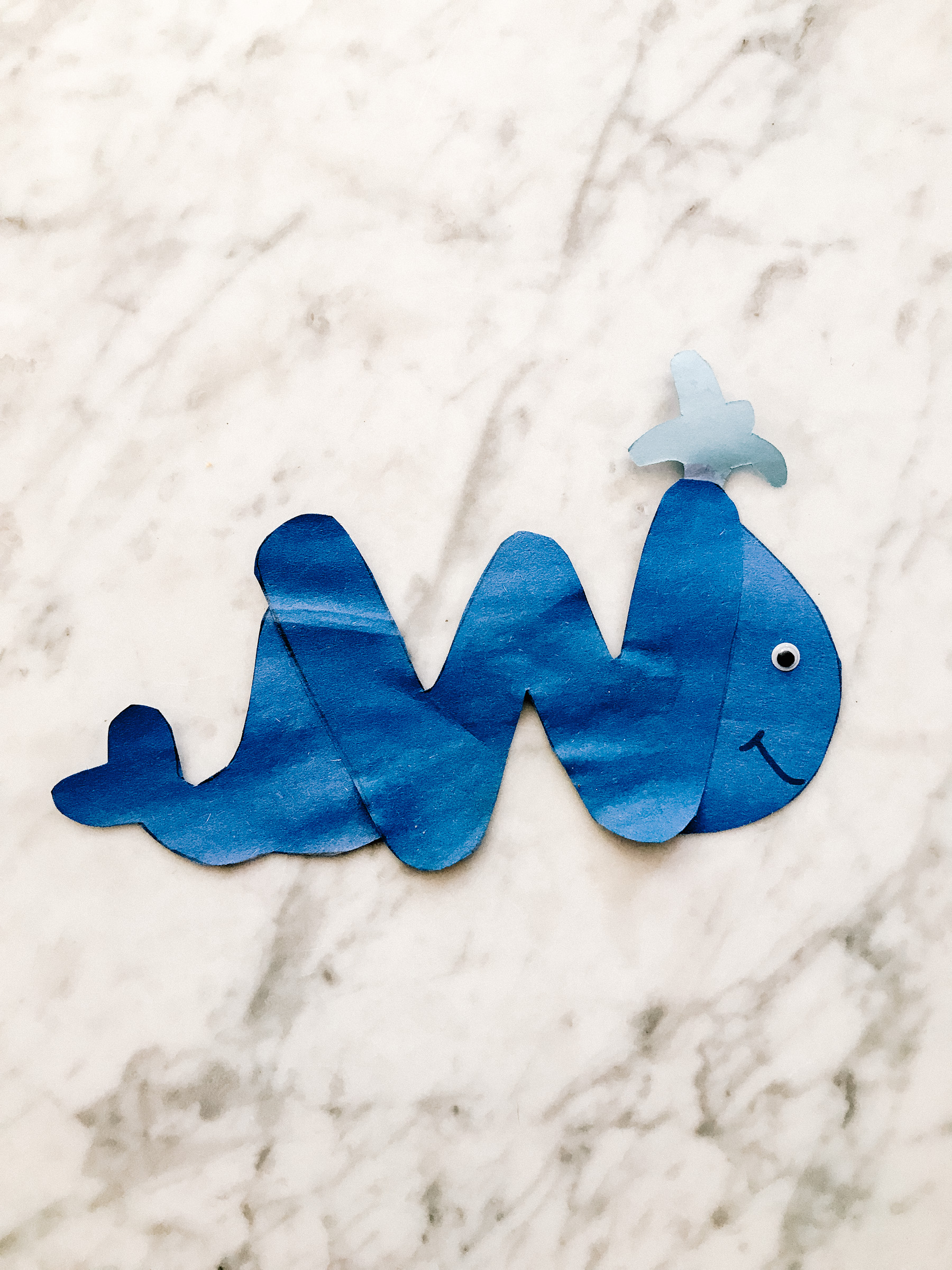 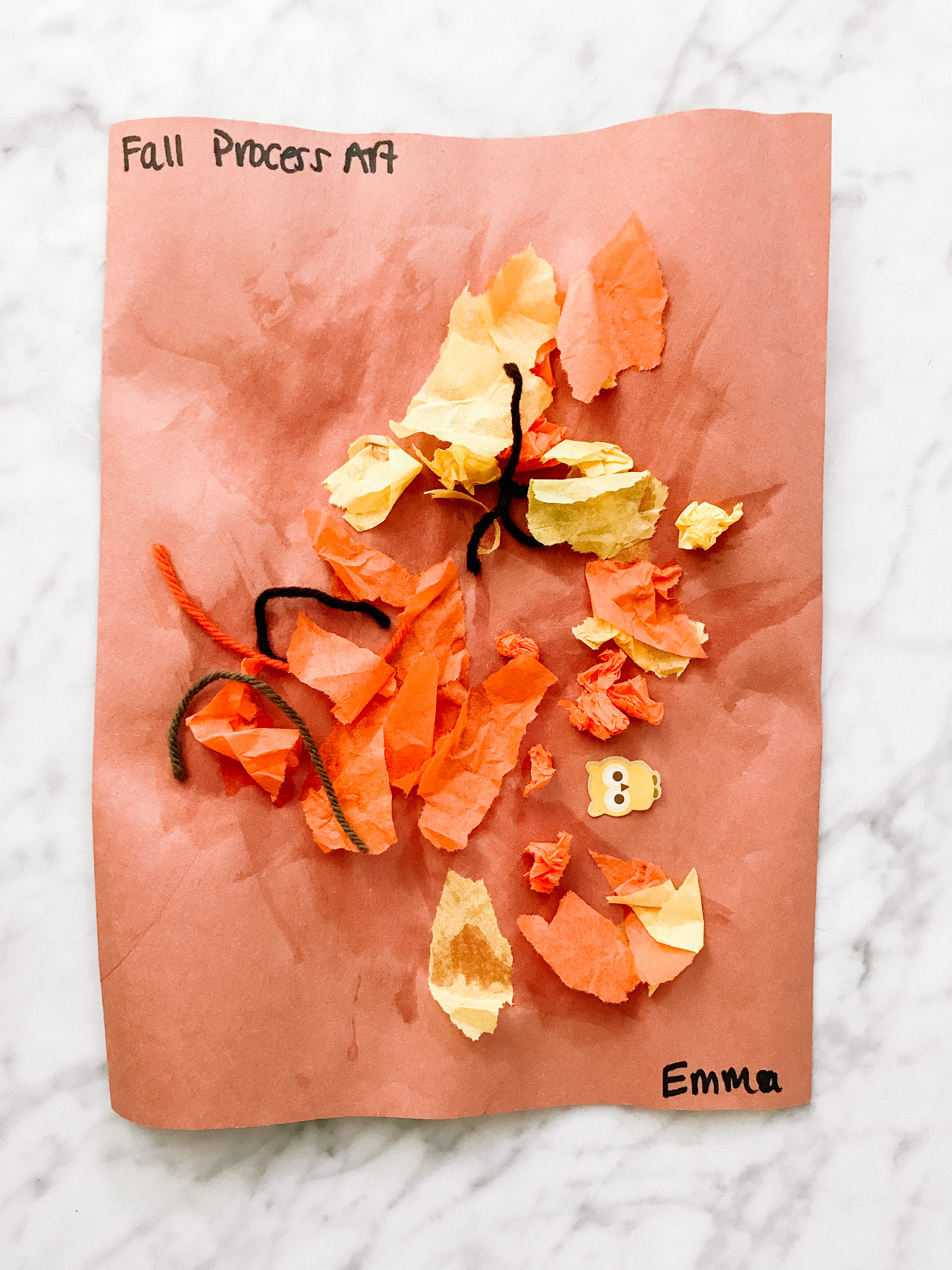 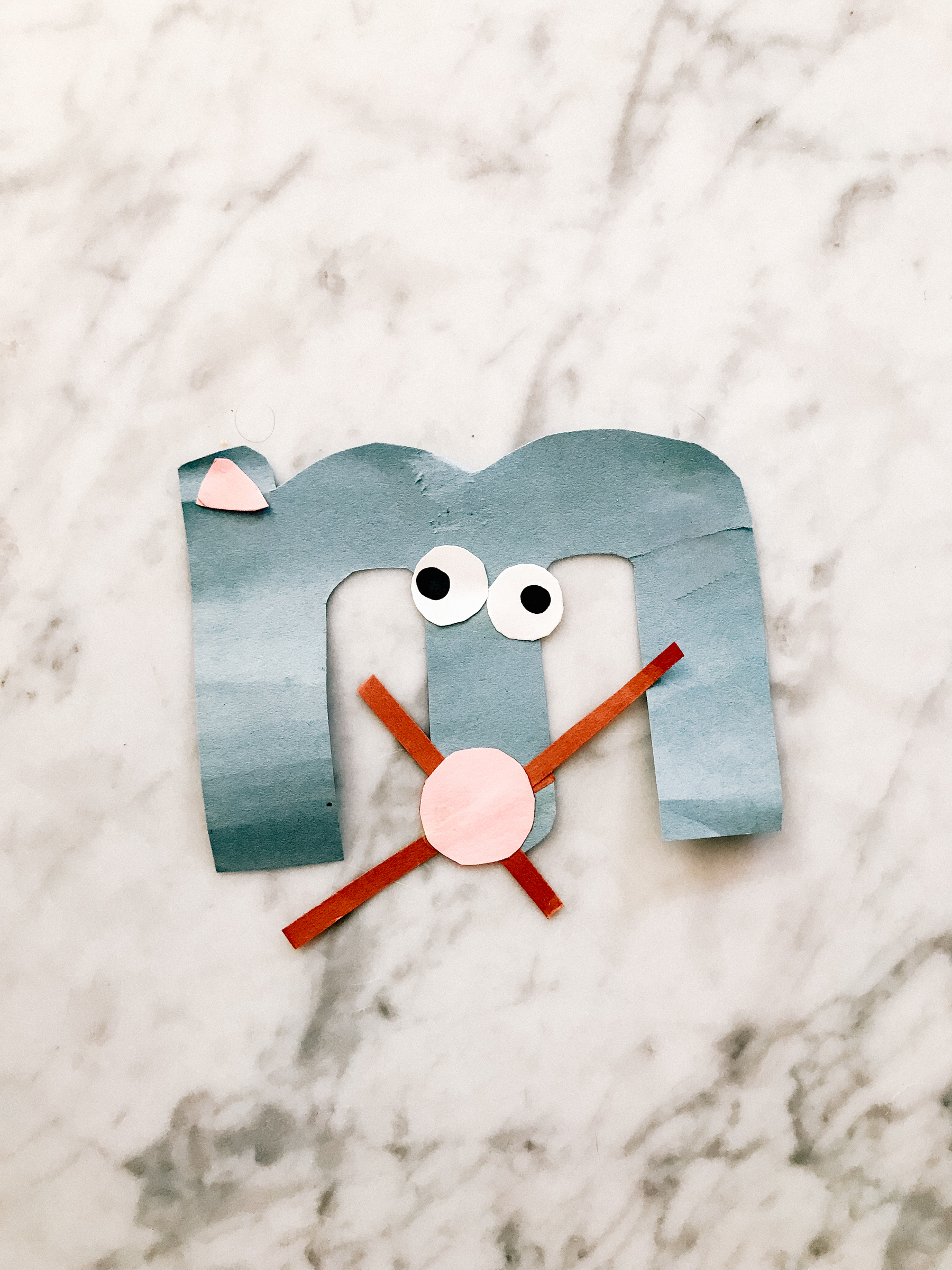 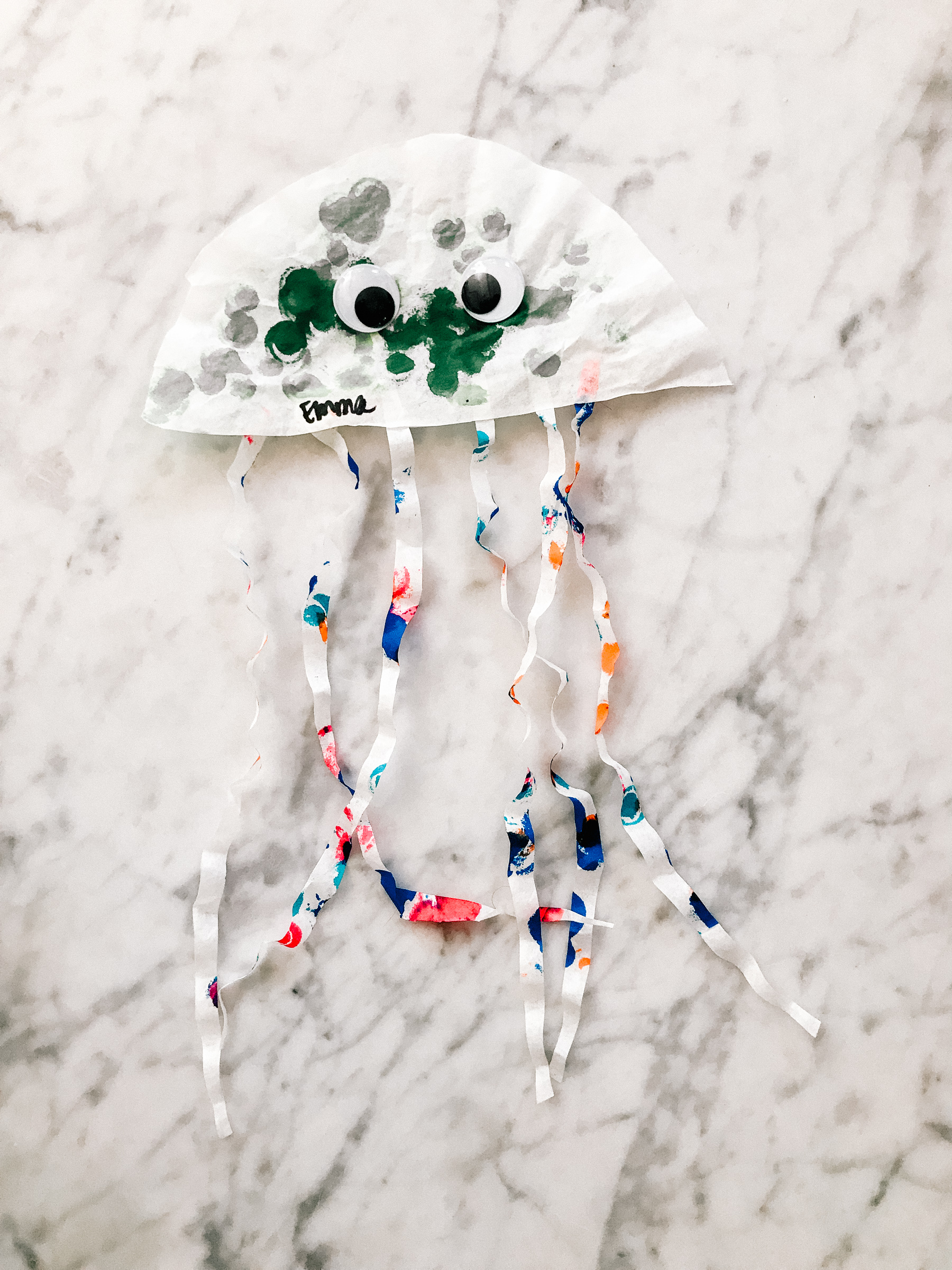 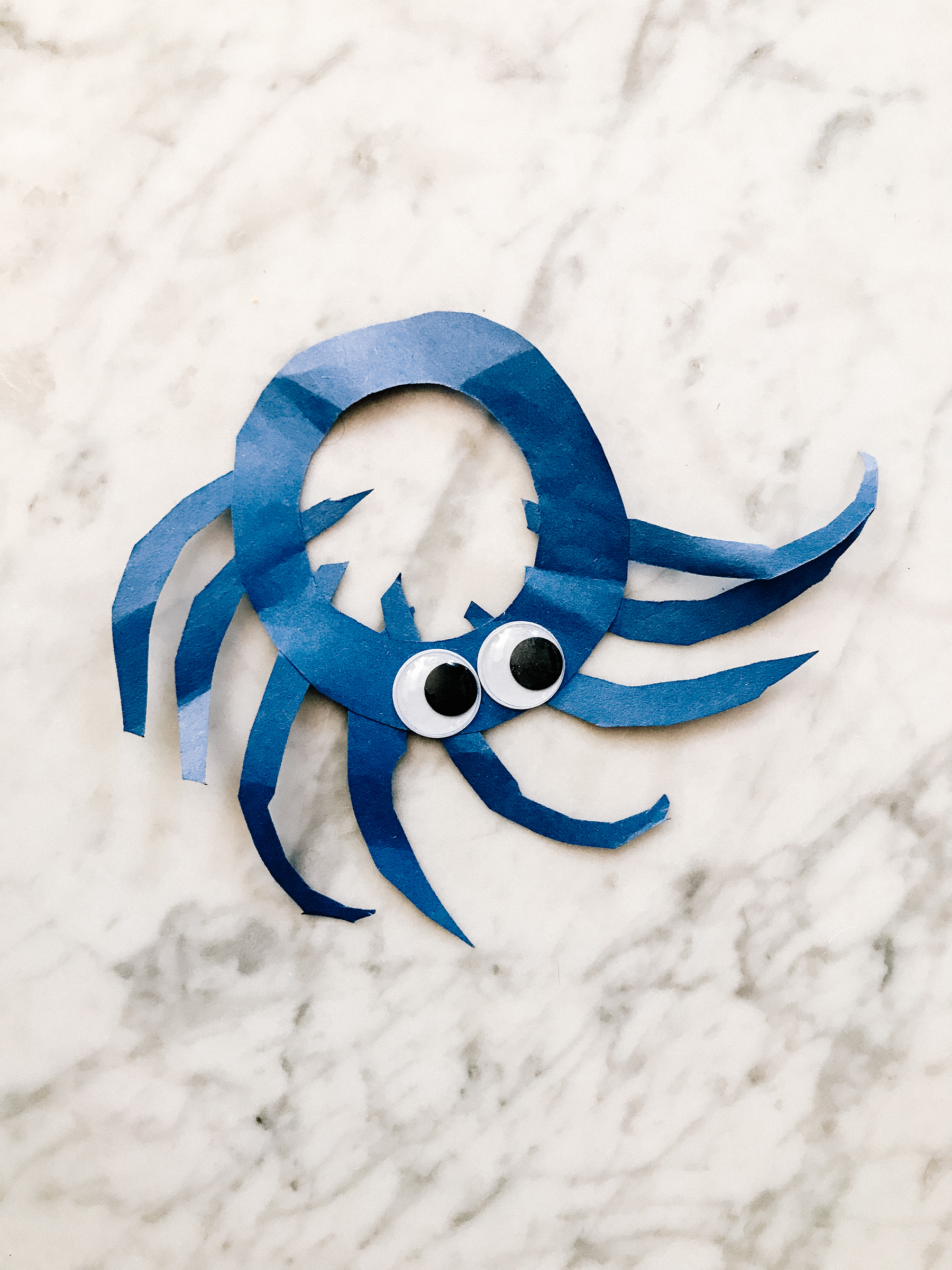 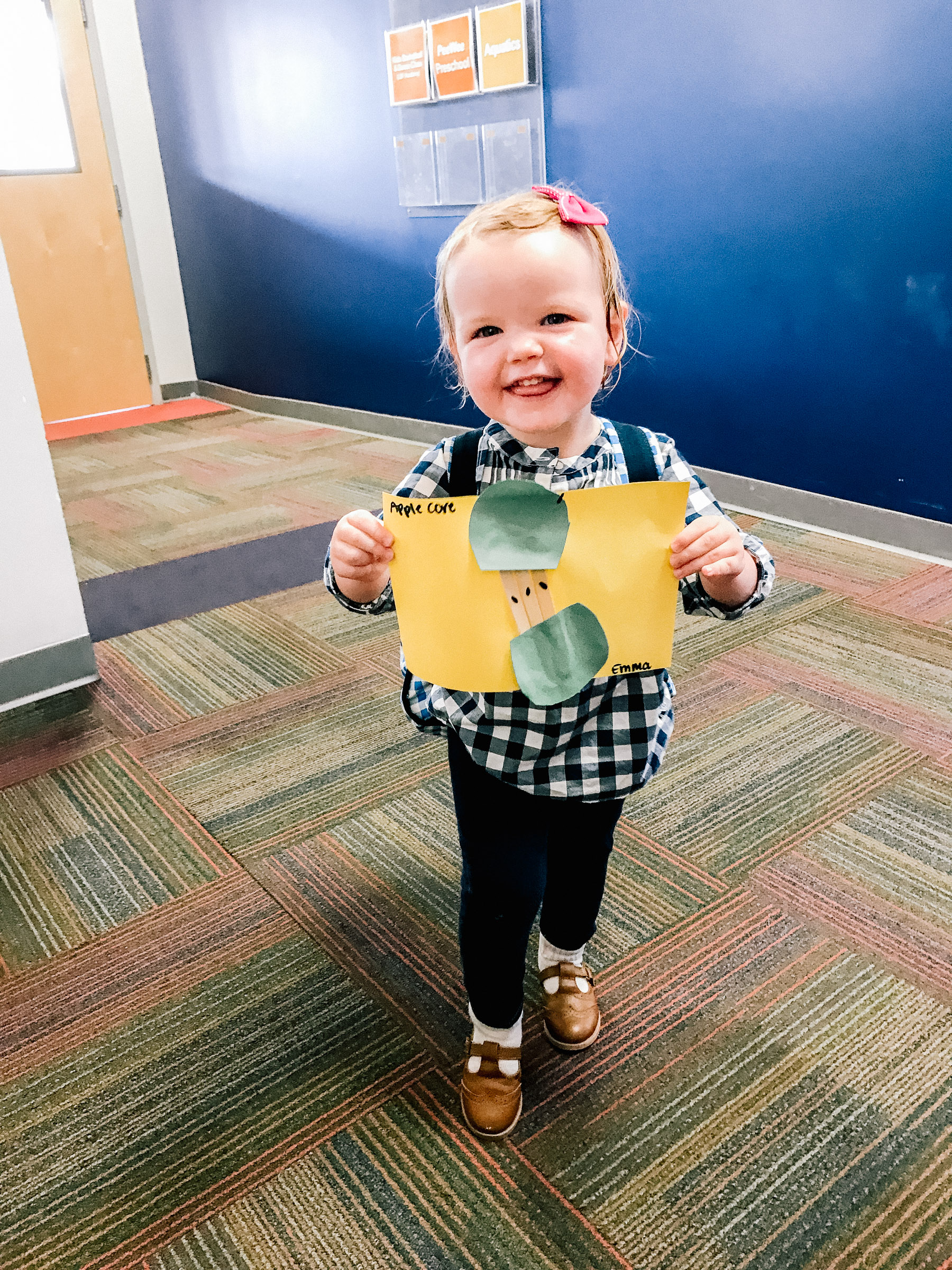 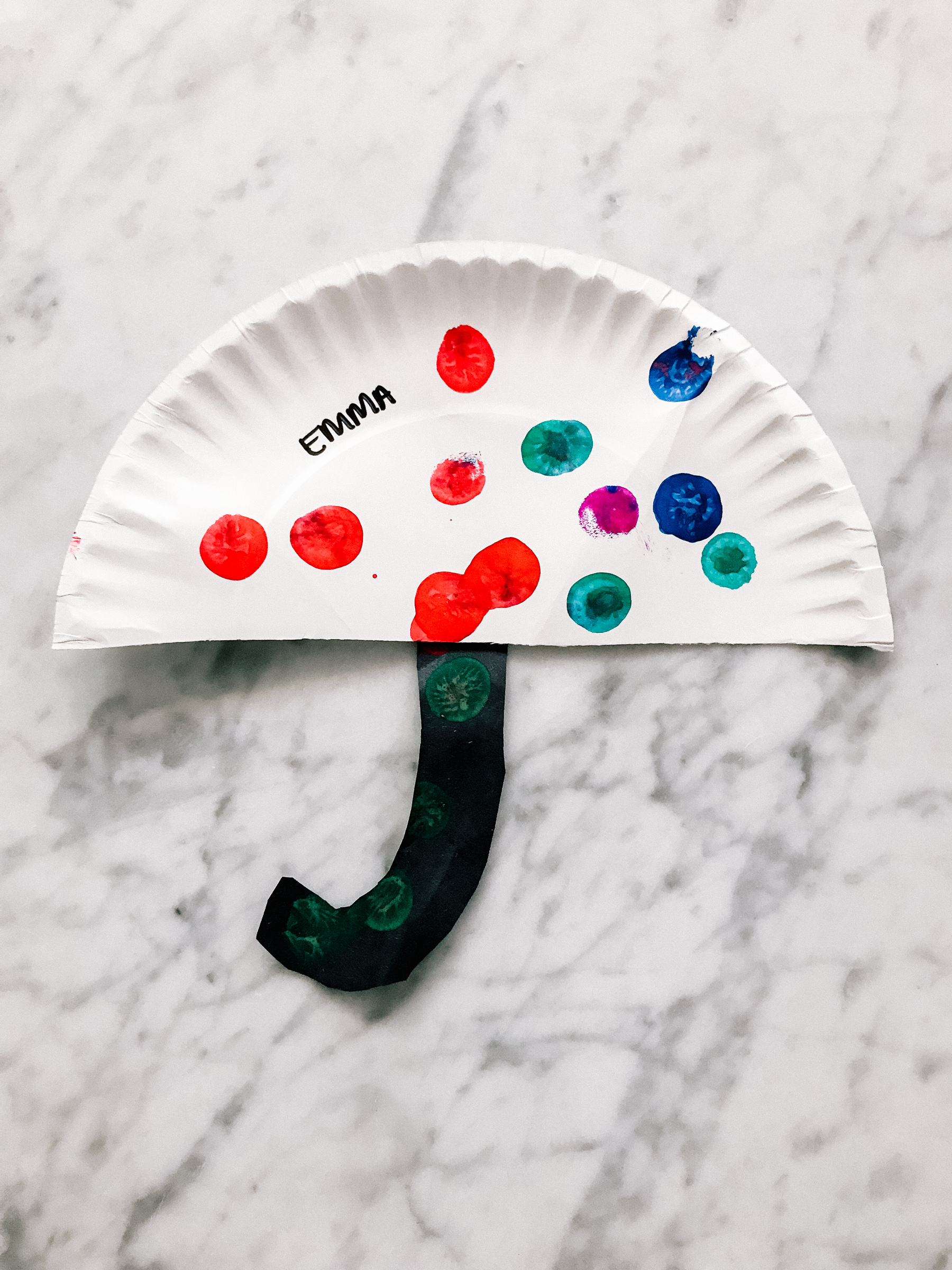 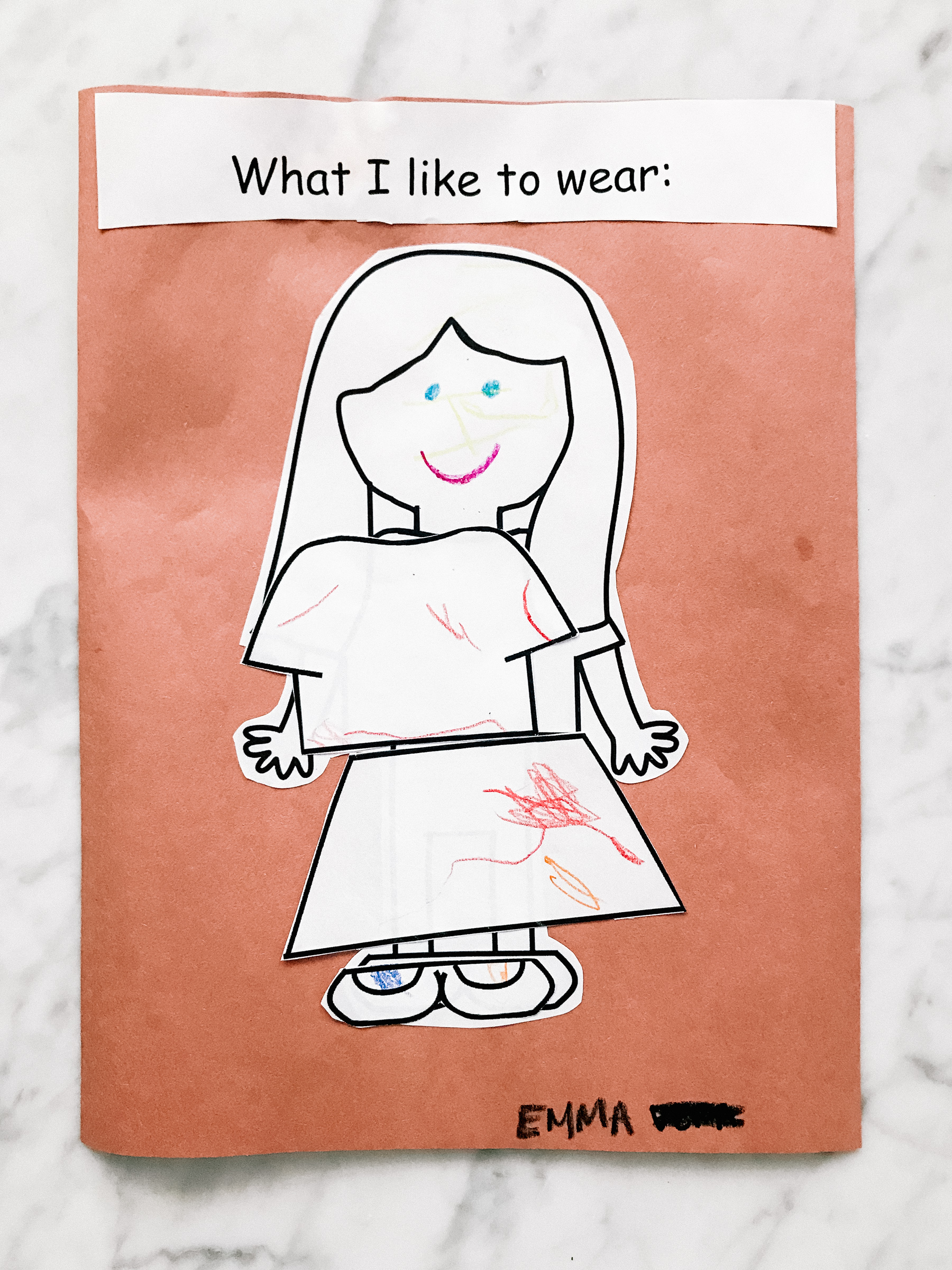 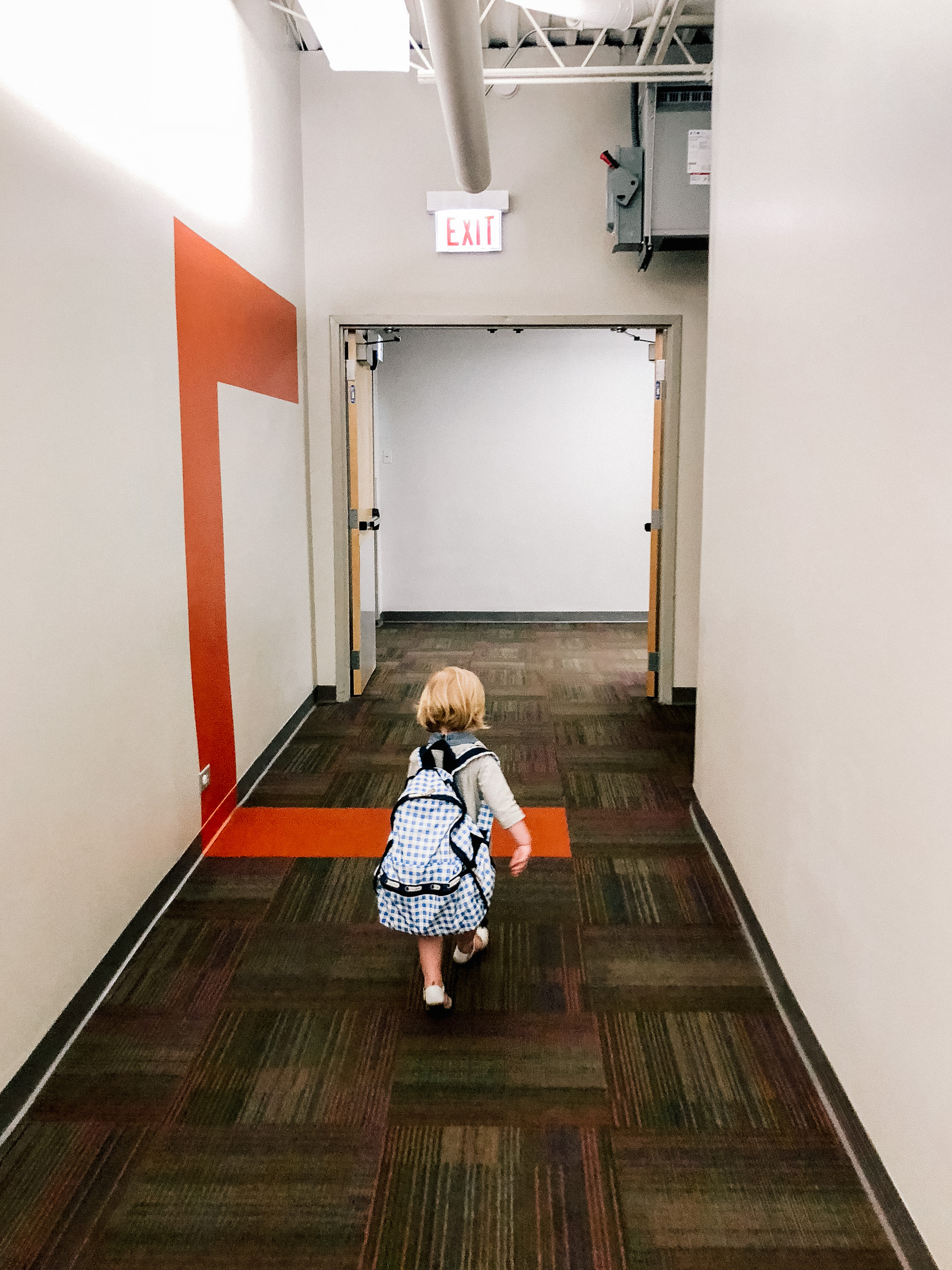 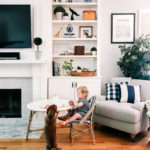