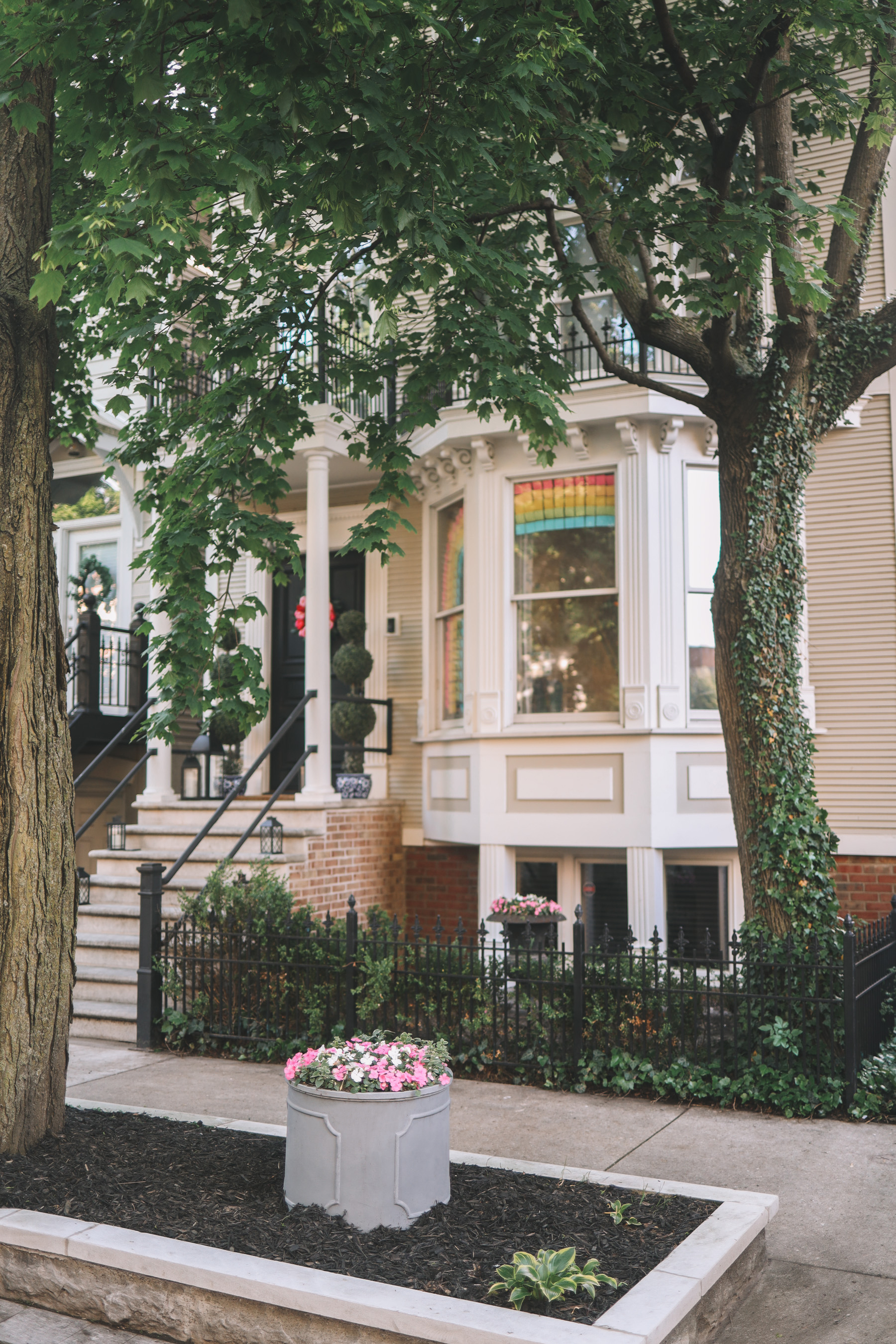 I spent the last hour trying to figure out a pun on the words “impatient” and “impatiens” for the title of this blog post, and I’ve officially given up. If you have one, leave it in the comments… because I’m spent!

When it comes to home gardening, I’m pro faux. But after an extraordinary fit of self consciousness, we removed the fake boxwoods from the front garden and planted real flowers in the actual dirt with all the worms and stuff. It was absolutely disgusting but we survived and I’m here to tell the tale.

Chicago houses typically have two front green spaces: a fenced-in front yard and a “parkway,” located between the sidewalk and the street. Our fenced-in garden luckily came planted with a stock of English ivy that is apparently impossible to kill. Magic. 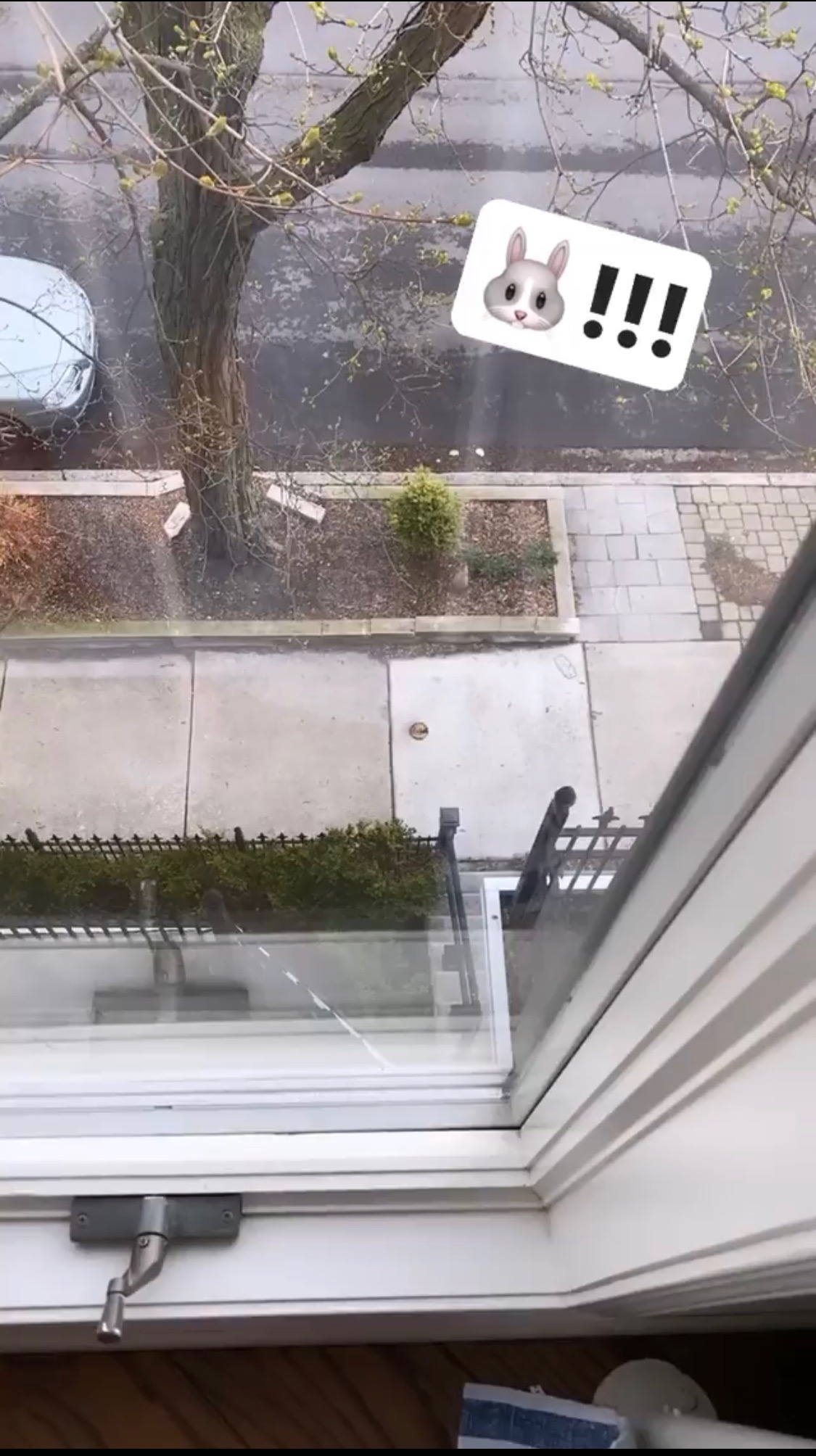 Before: The parkway garden

(Sorry about the bunny. Only “before” pic we could find. Cute, though. We spotted him on Easter morning!)

The parkway garden, on the other hand, was a little tougher. Its proximity to the sidewalk and lack of fence subjected it to an all-day parade of city dogs, and as a result, a never-ending waterfall of dog piss that could drown a cactus. Decades of dog pee left behind a crunchy, metallic and presumably radioactive soil. The garden box’s cement was also cracked and breaking off. Which is why we needed a plan! We had four options to pee-proof the parkway:

In the end, Option 4 was cheap, less work and not crazy lazy. So that’s the one we chose. We hired a guy to (safely) fix the cement, and we found these planters (XL size here), which are both piss-resistant and pleasing to the eye. And we think they look pretty good!

Planting impatiens is sort of a tradition for us at this point. We filled out our flower boxes with them at our old place and they’re one of the few plants that don’t die on us immediately after planting. I love how they fill whatever area we’re looking to fill, and that they flower all summer long. They’re also super cheap which is always a big deal for me… and they respond very well to Miracle Grow. 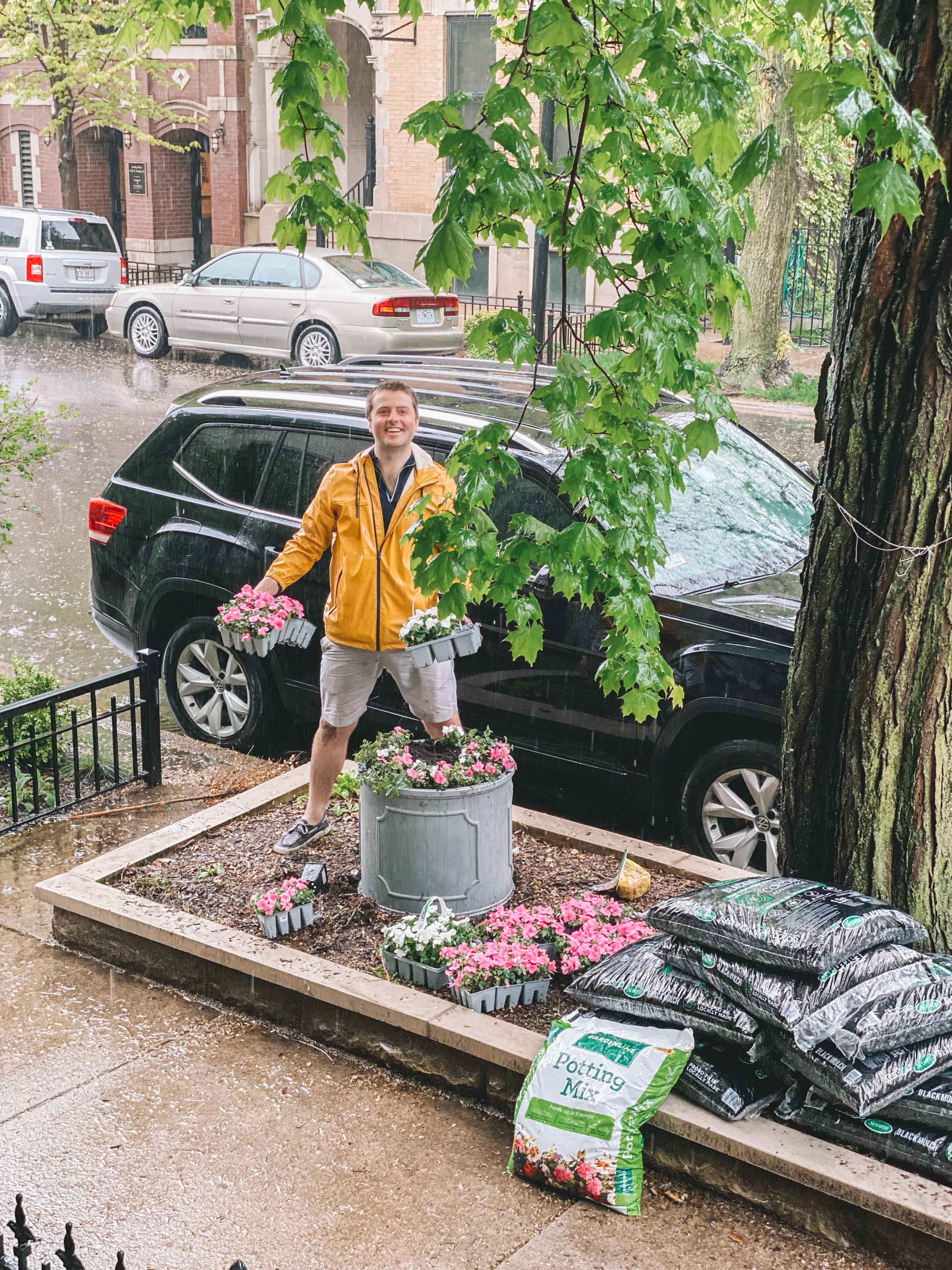 Our local nursery let me order soil, mulch and flowers over the phone and then contactless-ly pick them up. We live on a very busy block, so I did most of this work on a rainy day to keep things socially distant. The planters are big, and on advice from my mom (who’s actually a master gardener), we filled them halfway with the plastic flower liners so save on soil and avoid them weighing three tons.

The rain made this project exceptionally disgusting and by the end of it, I was head-to-toe covered in mud.

As you’ve probably gathered from our recents posts, we’re using this time to spruce up the house because little home tasks are (sometimes) doable with kids in tow. And though this was a smaller project, I absolutely love the result.

Planting flowers out front made me so proud to be a homeowner in Chicago! 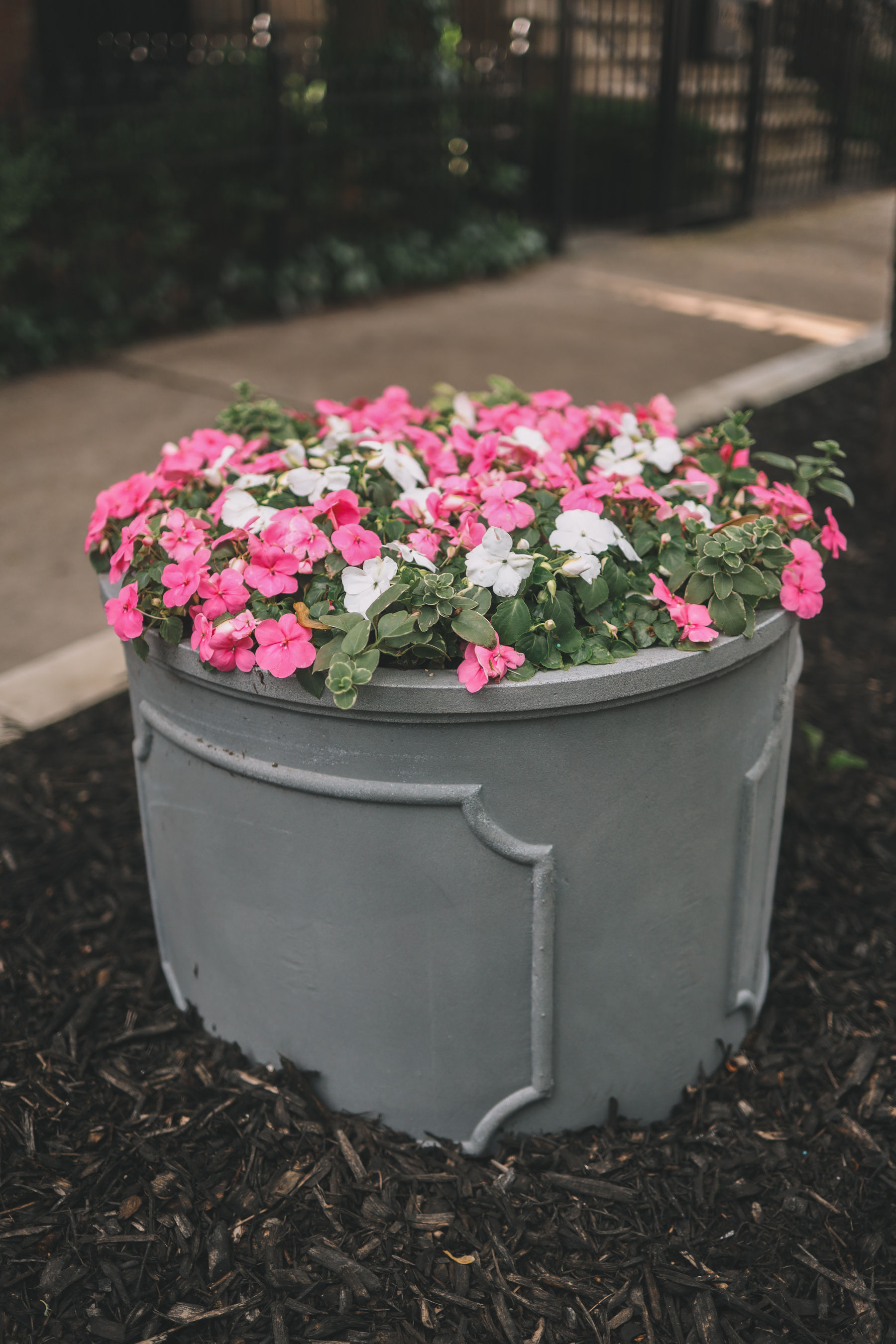 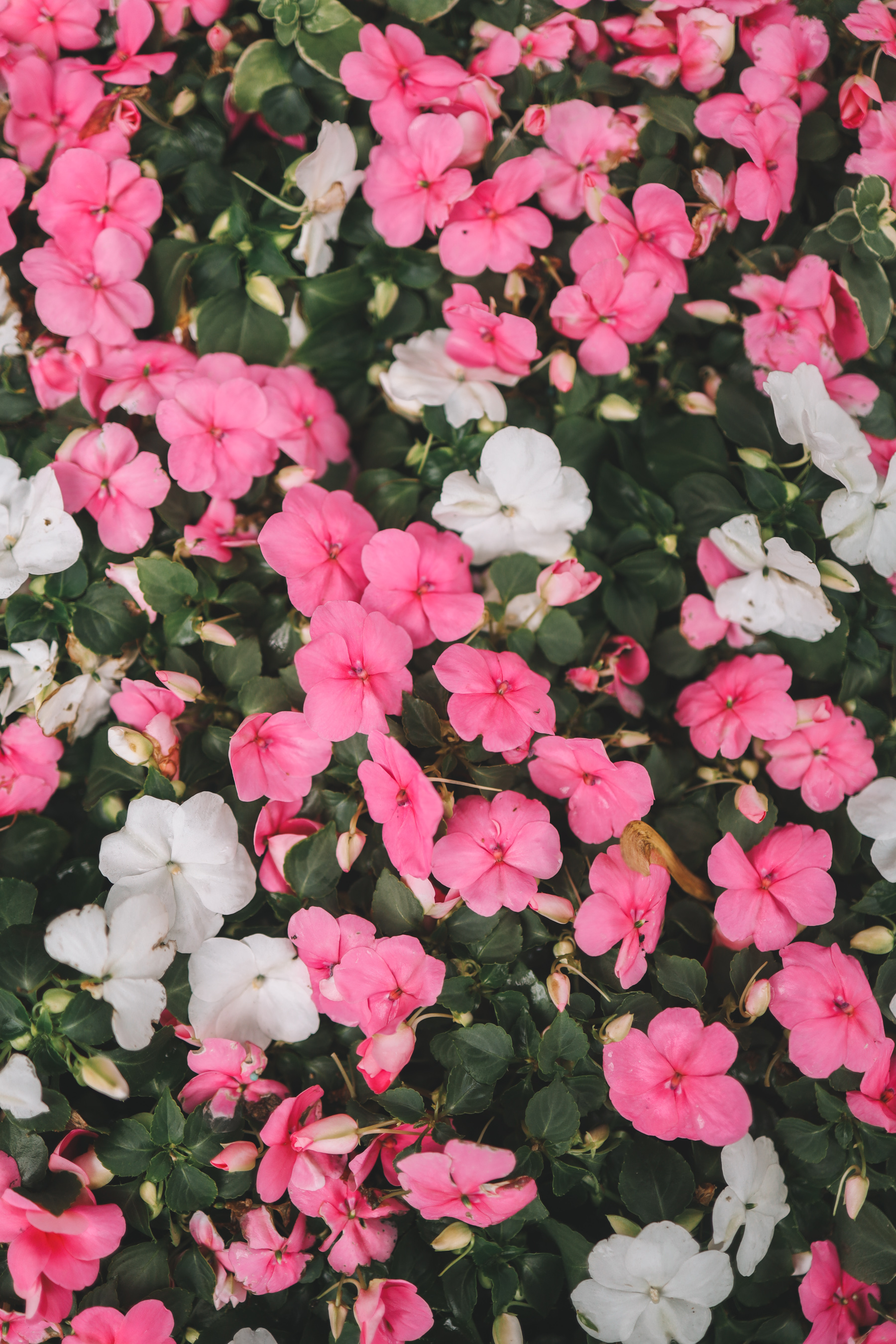 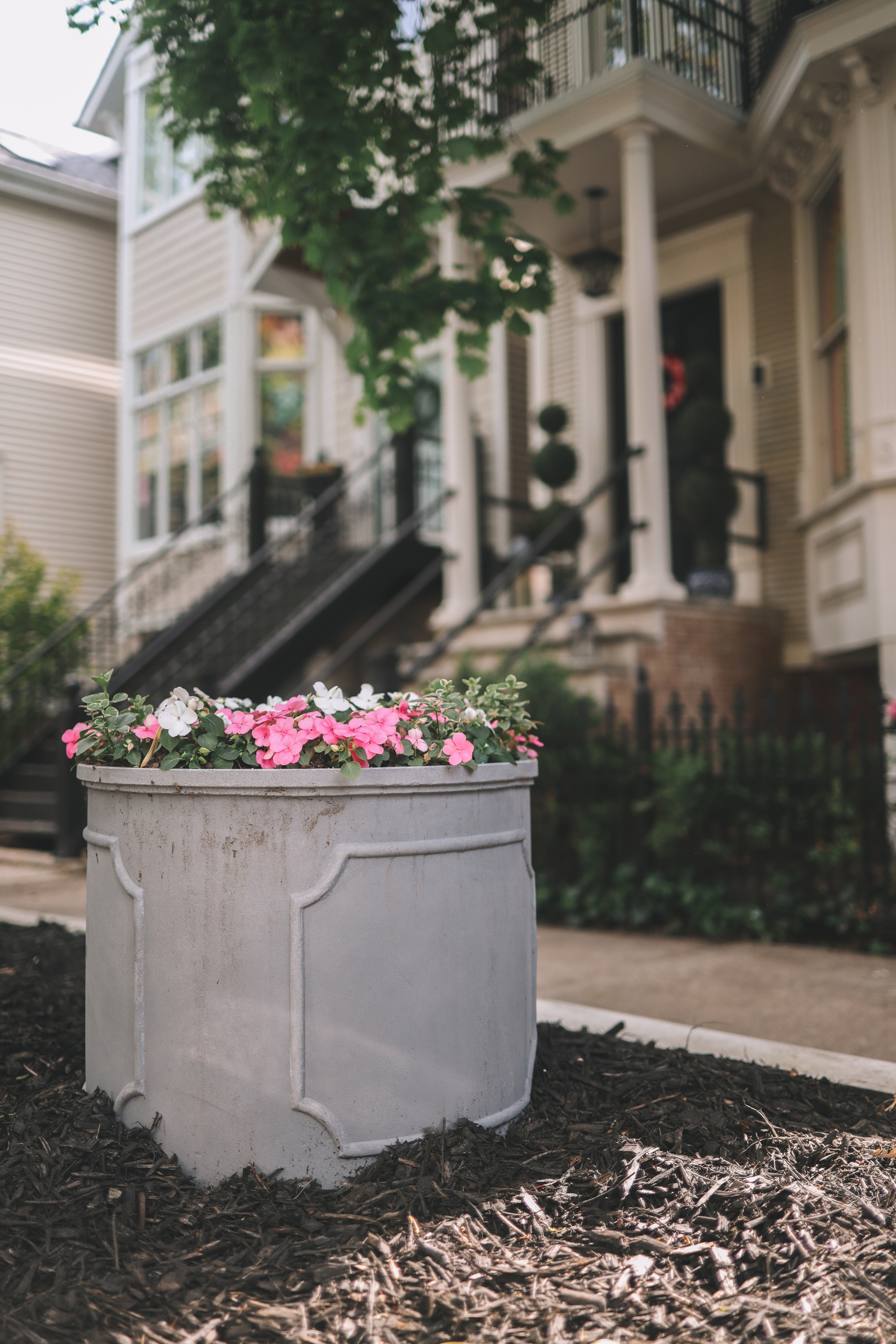 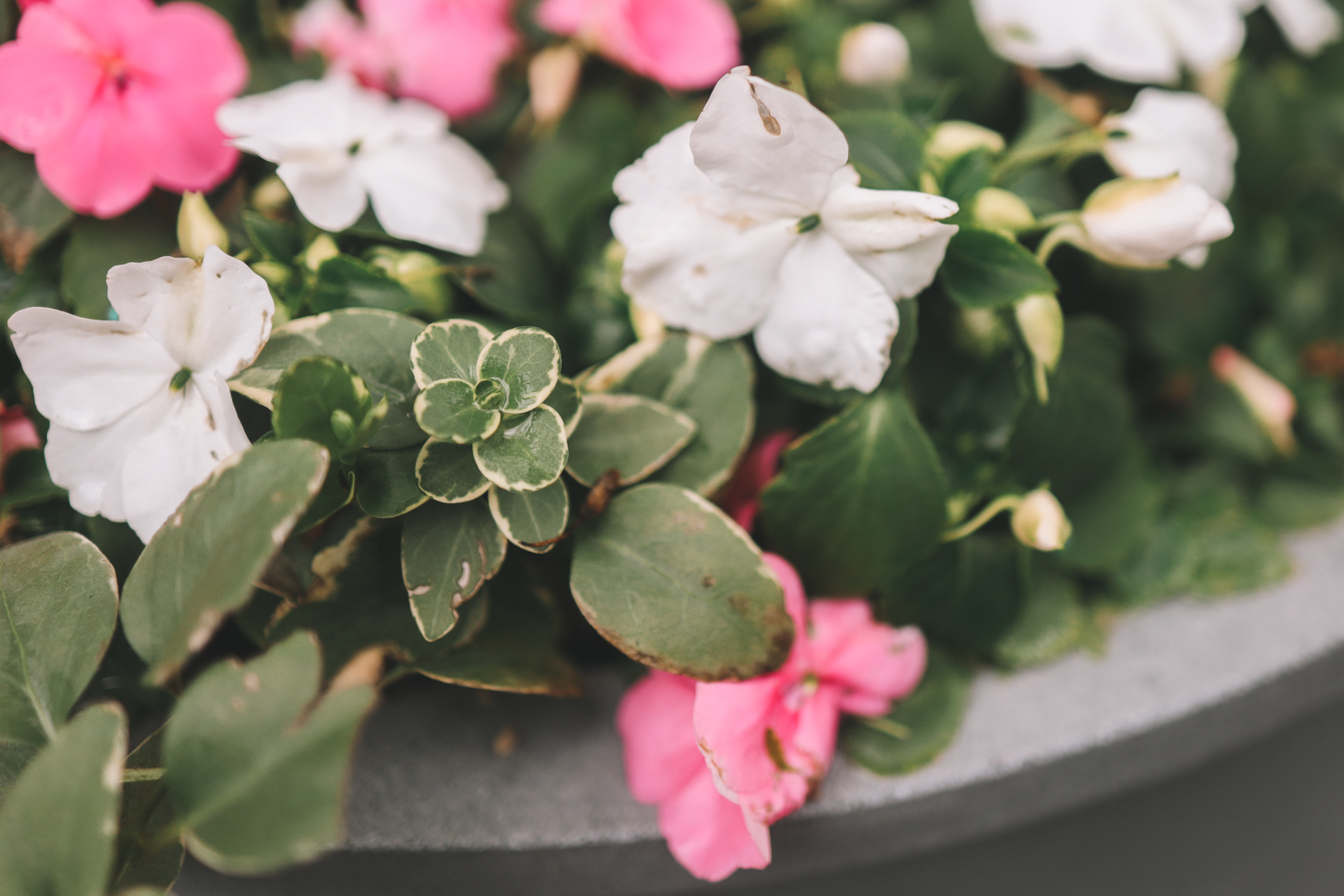 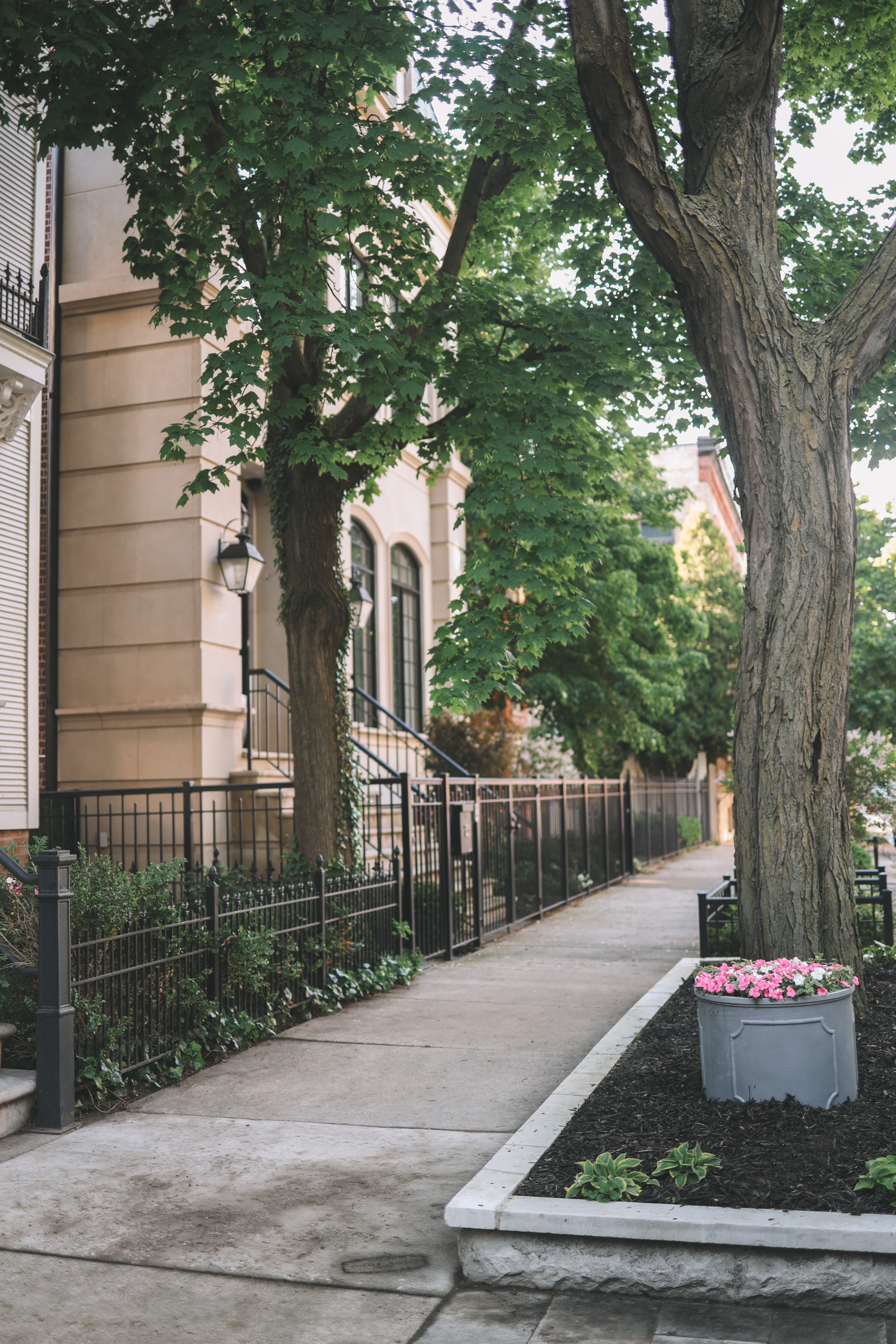 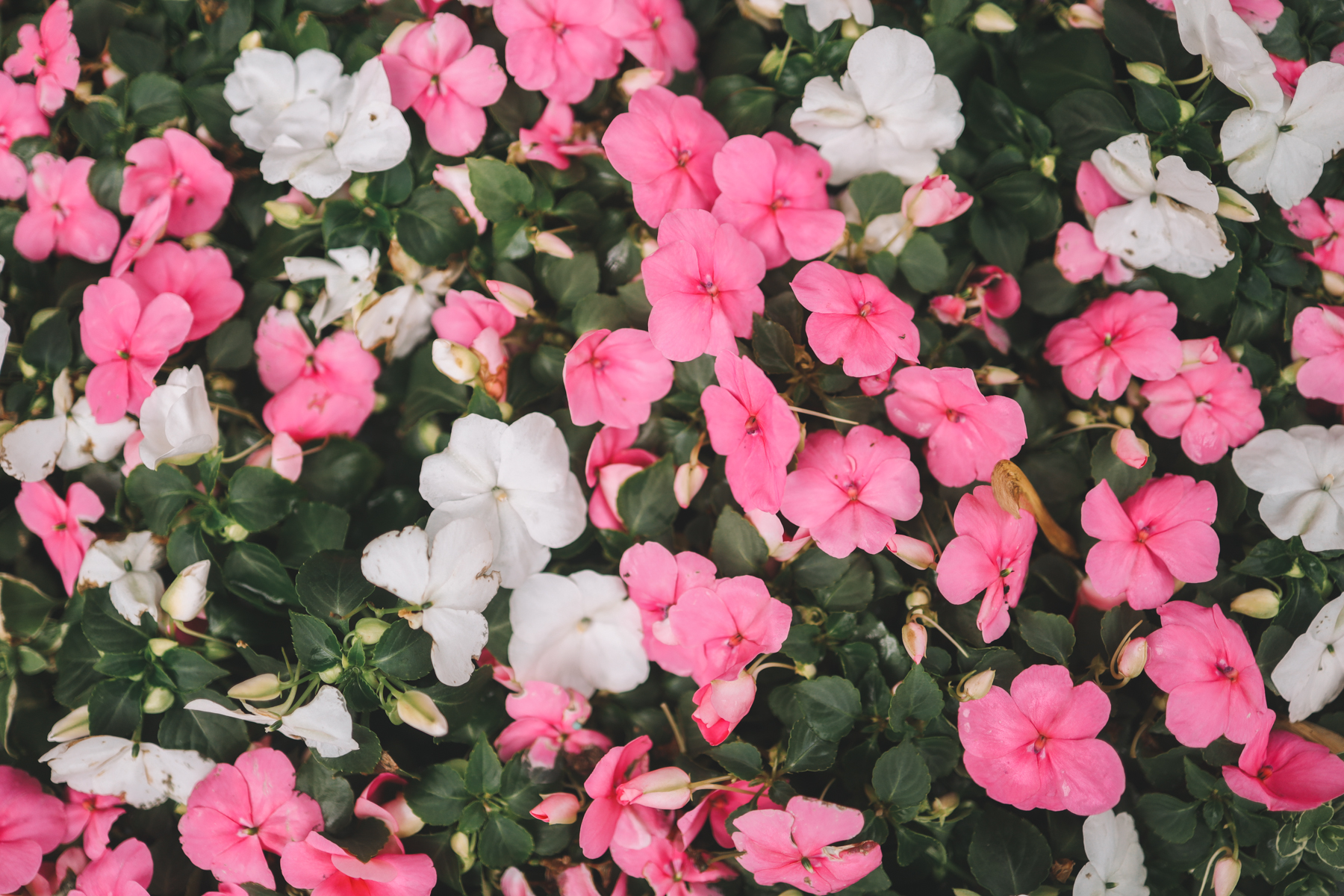 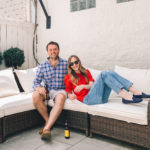