I’m a Girl Dad and I do Girl Dad things. I never get to play with boy toys or play boy games. Don’t feel badly for me; it’s not like I desperately want to play with trucks or anything. And I fully get/believe that girls play football, too… and boys like barbies.

I’m just saying that this guide put me in a bit of a mood. That’s all I’m saying.

3. Giant Wooden Block Set: It doesn’t matter what year it is, how old your kid is, or how sophisticated you think you are; nothing will top a giant pile of blocks. Nothing!

5. Spinning Activity Thing: Any toy that keeps my kid in one place while also tiring them out is a winner in my book.

9. Nerf Gun: If you like a bit of warfare mixed into your Christmas morning, Nerf is really your best option.

22. Indoor Trampoline: We’re a part of the Pandemic Trampoline Club. My kids jumped on it for a week and now there’s a very lonely trampoline blocking access to my grill. In retrospect, a smaller inside tramp that could easily be moved into the garbage in a month would’ve been a smarter move.

25. Killer Whale Slippers: If the guys on your list are anything like I was as a kid, they’re obsessed with killer whales. Frankly, I’m stilled marine mammal-obsessed. Kelly just won’t let me put my posters up.

27. Stuffed Fox: A stuffed animal gift could really go either way. Either it’s dumpster-bound or it could fundamentally change his little life. I’d say this stuffed fox is worth a shot.

33. Electric Skateboard: I asked my eight-year-old nephew what his all-time, top-of-the-list, most-wanted-gift was, and this was his answer. He’s an actual eight-yea-old boy so I’ll just defer to him on this one.

37: Indoor Basketball Hoop: If you made a pie chart of my life, playing imaginary basketball on a plastic hoop would make up a sizable chunk. Great times.

46. Giant Stuffed Wolf: Wolves are the all-time top animals on the coolness chart for boys, and a giant stuffed one would be a howl.

49. iPod touch: The world up and forgot about the iPod touch. But it’s still out there being the cheapest iOS device fully capable of doing all that fun Apple stuff.

51. Echo Dot with Clock: An Echo with a clock is the perfect remote learning companion. Apparently the trick is to set a reminder five minutes before each class so Alexa can handle all the “Get Back to Work!” stuff. Emma’s arrives on Tuesday.

53. Kid Cookbook: If you like doing super dangerous messy and ultimately frustrating activities with your kids, I suggest cooking with them. Little activities like this do have the potential to kill an hour and that’s pretty much all I’ve got.

72. Stuffed Narwhal: Buying random homemade gifts on Etsy a favorite holiday tradition of mine. If you order yours now, you’ll make the shipping deadline.

OH MY GOD I FORGOT #75 I HATE EVERYTHING. 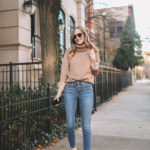