Dads are wicked hard to shop for. (And apparently I’m suddenly from Boston.)

I’m a dad myself, and I can’t even shop for myself. Pre-pandemic, I’d just sort of stand there in the store looking at the shelves until my wife picked me up. But I know I’m not the only one doing that. Which is why to kick off our gift guide series, I’ve solved all your problems by hand-selecting the best dad and grandpa gifts on the internet.

He’s going to be all like “Oh Dear!” when he opens this thing. Trust me.

1. Ice Cream Maker: If your dad is like mine (or like my daughter’s dad 😉), he loves ice cream. So some unlimited homemade ice cream seems like a pretty good gift! See, I told you, this gift guide rocks.

3. Corduroy Cap: Dad’s love hats, but the hats they wear are just awful. It’s a paradox. So give him this most dad-looking hat of all time in this stylish corduroy. Your mom can put it in his closet and he’ll just put it on and wear it every day for like a decade.  It’s all he knows to do.

5. Carolina Reaper Hot Sauce: The most dadly of the gifts on this list, the Carolina Reaper is a genetically modified pepper specially designed to be the spiciest thing in the world. This is a bottle of it. You can buy it on Amazon.

7. Go the Eff to Sleep: This seminal parenting classic and its sequel, You Have to Effing Eat, should be a top of the list gift for any new dad. Or any old dad. Or for anyone who has a dad. Or anyone who doesn’t.

16. Solo Stove: This is the best fire pit in the world and it saved our fall. (It’s also by FAR the best gift in this guide.) I’m hoping it’ll save our winter too. I wrote about it in depth here.

24. Nation Parks Annual Pass: This is the most pandemic-friendly gift on the list. Dads love national parks. That said, if your dad is like me and lives near only hundreds of thousands of square miles of cornfields, skip this one. But if he is more geographically blessed, hook this up.

26. Pizzaiolo Oven: I met a guy (from afar) today who has 13 (THIRTEEN!) siblings. So if you’re like that guy, or you are that guy (hi, Guy!), this could be a good joint present for you and your crew to go in on together! I’m borderline obsessive about kitchen gadgets, and Breville’s Pizzaiolo Oven is near the top of my list. I’ve got 6 pizzas worth of dough fermenting in my fridge as we speak. If your dad likes pizza and making huge messes in the kitchen, this is the one.

27. Disney Plus: If you know a dad stuck in a quarantine house with his kids who doesn’t have a Disney Plus subscription, just please, for the love of god please, give him a year of Disney Plus. He’ll thank you each and every day.

35. Leather Apron: A leather apron hand made in the Netherlands by artisanal leather workers would be the greatest dad flex of all time.

43. Next Level Can Coozy: Dads hate touching cold cans. The potential for heat transfer between Hand and Beverage is simple too great. In the event of hand/beverage contact, the beverage enjoyability window diminishes greatly when plotted on a basic temperature-to-time curve. Can coozies step right in and invert that curve. That’s why all dads use them.

50. Hammock: If a man takes a nap while dangling from two trees outside, it’s not lazy, it’s adventurous. ♥️ 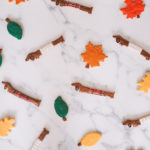