It’s Cyber Monday! But who uses the word “cyber” anymore? Today really should be renamed “we are all back at work after a four-day weekend and hopelessly looking for online distractions” day. Well, have no fear! Mitch’s Cyber Monday Electronics Guide is here! Below, you’ll find 40 gifts for that incredibly difficult-to-shop-for guy.

Guide To Cyber Monday For Him:

Congrats to Angela H. for winning the giveaway! 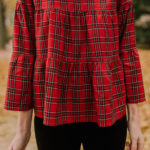 Previous Post:
What to Buy from the Nordstrom Sale