The opposite of love is not hate. It’s indifference. 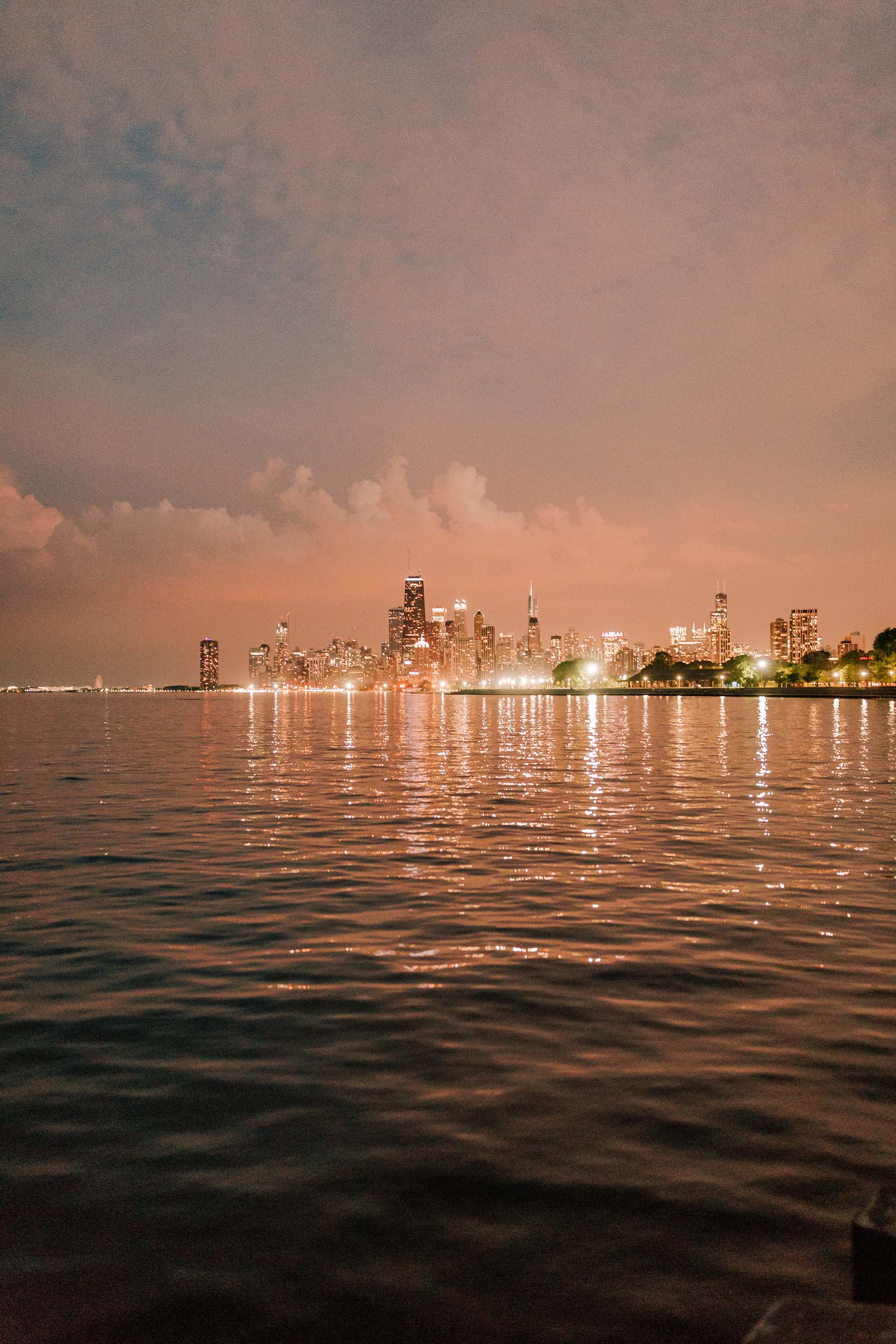 In light of tragic and atrocious recent events and the countless others of the past, I want to pause for a moment. There is a great deal of responsibility that comes along with having an online presence, and the importance of taking the time to carefully choose my words and actions cannot be understated, particularly when speaking about incredibly important and sensitive human rights issues. Just as I have power to educate and do good, I also have the power to be inadvertently destructive–powers we all have, really.

As a white woman, it’s not lost on me that this could read as tone deaf or insincere. So I truly apologize in advance for whatever missteps I take now and in the future.

I faced this internal challenge daily while teaching in New York City’s public school system. (During which time I undoubtedly learned far more from my students than they learned from me.) My takeaway, though, was that the risk is always better than the alternative.

For many years, I was left to my own devices in my classroom, and was given next to no guidance as to how–or what–to teach. (During my first year, the principal never once stepped into my room.) So I reached back to my own school days, and crossed my fingers that the literature that shaped the person I became would somehow resonate with my students, too–and I prayed that my kids wouldn’t see me as a Michelle Pfeiffer/Dangerous Minds character. I crafted a makeshift curriculum around these books, and tweaked as I went. It was far from perfect. A more seasoned teacher definitely would have written it off as amateur. But it clumsily opened lines of communication between my students and me.

Yes, there were times when racial tensions would run high. There was some name-calling (they were kids, after all), and you-wouldn’t-understands, in essence. But they were right. About the “you wouldn’t understand” part, at least. Because I didn’t. I couldn’t. I could try, and I could imagine. But I could never actually understand what they were up against. Because I hadn’t, and would never, live their lives or face their challenges. And they were expected to learn from someone so far removed from their reality? My presence alone was a sharp reminder of their repression.

When I swallowed this, I freaked. I cried in my classroom when they went to lunch because I knew I was failing. And then I cried because I was ashamed of crying. Their troubles warranted tears while mine paled in comparison and teetered on the edge of pathetic.

But then I started to embrace that very concept and I let down my guard, sharing the human inside through my own stories and personal feelings while asking for theirs as well. And not surprisingly, something changed as I relinquished that control of my classroom I previously thought I’d needed… and we would go on to read and discuss works like To Kill a Mockingbird and Night–often with the students steering the class, not me.

Every year in September, I’d place my favorite quote–from Nobel Peace Prize Winner Elie Wiesel–on a wall in the room:

The opposite of love is not hate. It’s indifference.

(And now that I’m out of the classroom, I quote it on my platforms annually.)

Over time, kids would notice it and we’d chat about it in a natural way. What did it mean? What is indifference? How does indifference vary from love? How can we fight indifference? Does this sentiment still apply to us, many decades after it was written?

And then slowly, as the year progressed and we read more and more, we’d find those answers, together. We’d interpret what the quote meant for us personally, for the repressed, and for humanity at large. And while I would usually start the conversations, the kids would almost always take over. Which resulted in me learning more and more about them as people–most in impossible situations with too few options or paths to take, up against walls that had been built long, long ago.

I want to be clear here. I wasn’t a great teacher. I never mastered the Danielsen framework, I made a lot of mistakes, and I was always in trouble for something. And then I left the field of education because I couldn’t hack it. But I do know this:

Knowledge is power. And how do we get knowledge? By discussion. And how can we intelligently, calmly and respectfully discuss? By reading first.

Read. Read everything you can. Read the news every day, even if it’s painful. Read journals and magazines; read the stories of those who come from different backgrounds and who have different upbringings. Read what the likeminded say, but also what people on the other side of the spectrum–and those who fall elsewhere–say.

Make up your own mind.

And then, using that moral compass, carefully form your thoughts and put your stance into action. Especially if you’re privileged.

I’m working on several related posts about how we can work toward change and teach our children. But in the meantime, I’ll leave you with some of the recent pieces I’ve personally found powerful:

I wrote a few weeks ago that “video evidence of unjustified shootings of black people is so jarring in part because it exposes the terms of the racial contract so vividly.” George Floyd was not shot, but he was killed on video by Minneapolis police while both Floyd and bystanders pleaded for help. The officers arresting him did nothing to save him. That indifference to Floyd’s life is a clause in the racial contract, in that the officers themselves did not see Floyd’s life as one they were bound to serve and protect, and did not expect to be punished for failing to do so. –Adam Serwer, The Atlantic

If I close my eyes, I can still picture the layout of the Jet magazine microfiche page showing Till’s bloated, disfigured face. I can see the top left corner of the page where he smiled standing next to his mother, Mamie. I can see the man standing next to the fan as I felt my whistling prowess whoosh out of my body like the current of the Tallahatchie River that coughed up Till’s body. —Michael Harriot, The Washington Post

That I get the most Brightly colored neon water gun for my son to discourage any suspicion. That I am extremely deliberate about how I clothe him. And that’s just scratching the surface. These acts of violence aren’t new. People are just getting brave enough to record it. Some are vile recordings of their evil – Others are desperate attempts to get an additional witness to the hell on earth in hopes of bringing some justice. –Jessica Oberg

The Death of George Floyd, In Context

There is more to be said about the burgeoning genre of videos capturing the deaths of black Americans, and the complex combination of revulsion and compulsion that accompanies their viewing. They are the macabre documentary of current events, but the question remains about whether they do more to humanize or to objectify the unwilling figures at the center of their narratives. Death is too intimate a phenomenon to not be distorted by a mass audience. Yesterday, very few of us knew who George Floyd was, what he cared about, how he lived his life. Today, we know him no better save for the grim way in which that life met its end. –Jeliani Cobb, The New Yorker

If you’re white, you can view the footage of Daniel Shaver’s death, feel some anger and move on. If you’re black, viewing the video of George Floyd’s death is a reminder that the throat under Officer Derek Chauvin’s knee could easily have been your own. —Radley Balko, The Washington Post

Taylor Swift: ‘I was literally about to break’

After the incident with Minaj, [Taylor Swift’s] critics started pointing out a narrative of “white victimhood” in Swift’s career. Speaking slowly and carefully, she says she came to understand “a lot about how my privilege allowed me to not have to learn about white privilege. I didn’t know about it as a kid, and that is privilege itself, you know? And that’s something that I’m still trying to educate myself on every day. How can I see where people are coming from, and understand the pain that comes with the history of our world?” –Interview with Laura Snapes from The Guardian

Why Is Police Brutality Still Happening?

But what the two camps share is a conviction that Americans need to rethink their relationship to policing and their instinct to default to punishment as a response to all manner of social ills. There are some problems — like homelessness, or a pandemic, or a man asking you to leash your dog in Central Park — that law enforcement cannot solve. –Spencer Bokat-Lindell, The New York Times

But even here she betrays her sense of white superiority; even if she didn’t intend to physically hurt him, she certainly was letting him know she had the power to do so and was attempting to corner him into submission. –Ruby Hamad, The New York Times

‘Karens’ try to make unequal power structures work for them

The police don’t exist protect only white women, and they don’t pose a threat to only black men. But you don’t even have to look past the news of this week to see the grave risks black men face in encounters with law enforcement — and how easily excessive force can be rationalized when there’s no video. White women can access that power via a phone call. And that, too, can become poisonous. –Monica Hesse, The Washington Post

The ‘Liberal World Order’ Was Built with Blood

No reasonable person denies the great things the United States did in the 20th century, or that many countries enjoyed prosperity while in happy alliances with Washington. But as we move deeper into the 21st century, Americans are going to need to confront the darker side of American hegemony — because much of the rest of the world already has. –Vincent Bevins, The New York Times

Mark Graves, who has worked with youth in south Minneapolis for 30 years, called for an end to the looting, and for efforts to be refocused on the issues at hand. 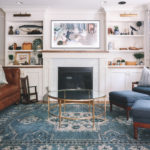